Save some dosh and change your own gears

Yes, this is a review of a gearbox, but the rationale for this is twofold.

Firstly, it allows us to spend more time behind the wheel of the new Mk7.5 Golf R, which David Morley recently discovered (October 2017) is A Very Good Thing.

Secondly, it’s all too easy to say the manual is the true enthusiast’s choice, but in these times of launch control and super-slick self-shifting gearboxes, is that still the case? 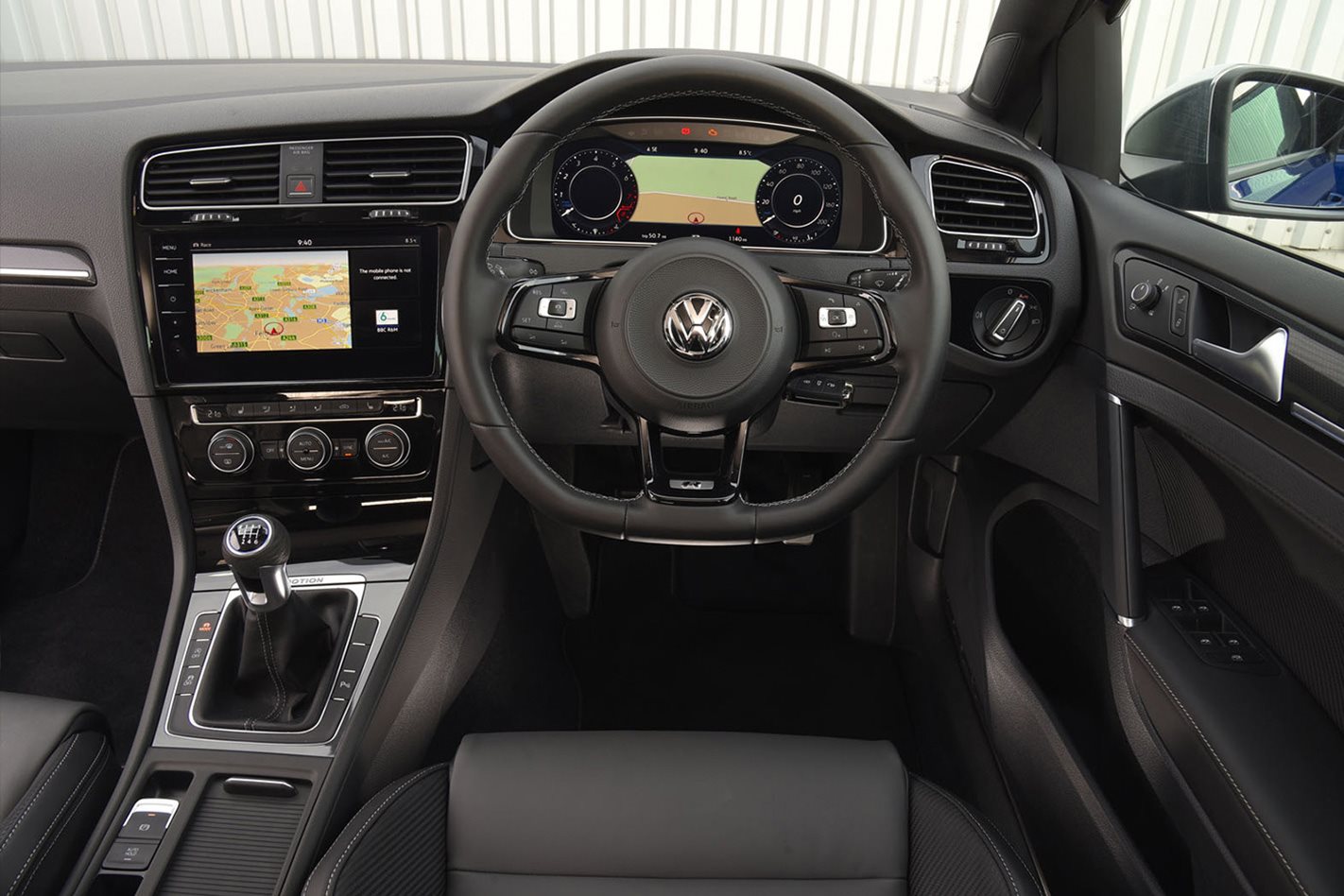 The major sacrifice you’ll have to make in choosing the three-pedal version is in straight-line bragging rights, as while the DSG’s trick launch control system allows 0-100km/h to flash by in a claimed 4.8sec, the manual takes a more leisurely 5.2sec and unless you’re prepared to burn your clutch to cinders, it’s more likely to be in the region of 5.5sec.

On the road, this shortfall matters not a jot. The revised EA888 – new injectors, variable cam lift and an electronically controlled turbo wastegate – now makes 213kW/380Nm; this is 8kW down on Euro cars due to Australia’s ‘hot climate’ but you won’t miss them, as this boosted four delivers masses of shove regardless of where the (now digital) needle is on the tacho. 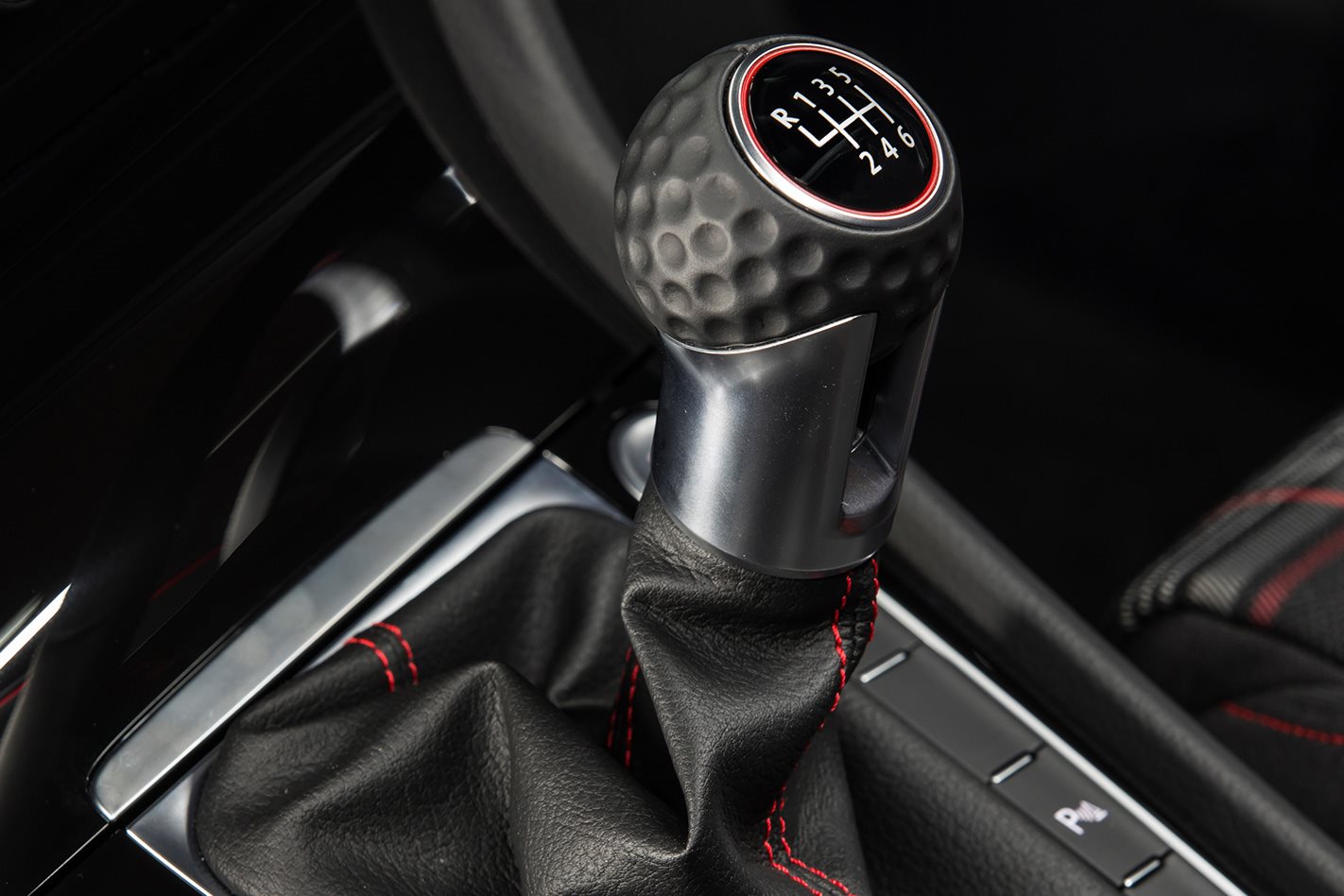 Short gearing helps. VW has pleasingly given two fingers to the combined fuel economy cycle and fitted gearing that has the engine singing at around 2500rpm at 110km/h; in a car with so much grunt it results in each gear being devoured in moments and the need for regular cog-swapping, no chore with such a light, accurate shift.

The clutch is light, pedals well-spaced for heel-and-toe work and if you fluff it and stall simply jab the clutch pedal again and the engine automatically re-fires. Further benefits of the manual version include a 21kg weight saving, though some of that will be negated by the extra $2500 in your pocket. 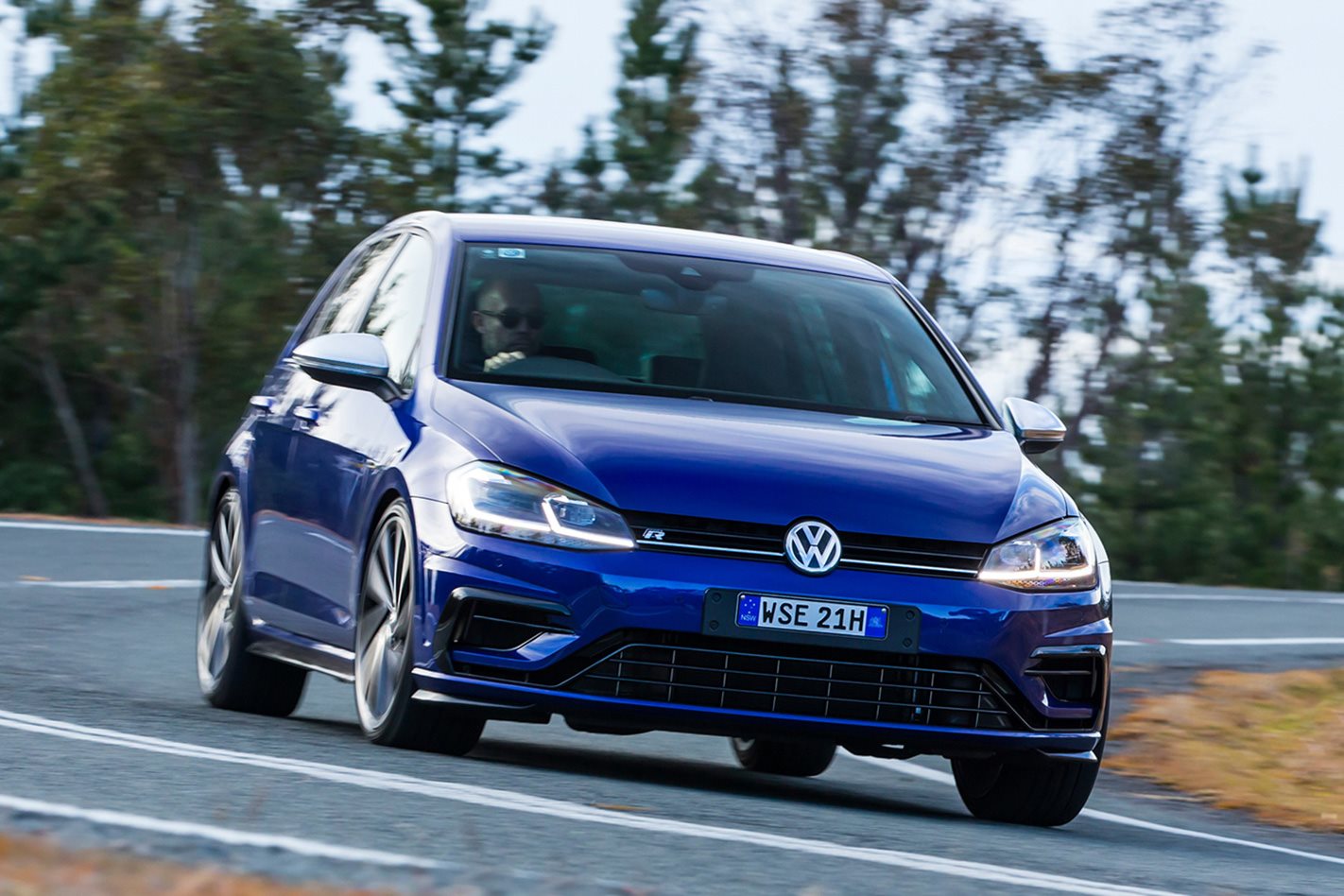 The only options are the $1300 Driver Assistance package and $1900 panoramic sunroof. You might read elsewhere that the Golf R is a little dull and not very involving; this was a fair criticism of the Mk6 version but the Mk7 (and now 7.5) is more than happy to dance if you push it hard.

It’s not as raw or playful as a Focus RS, but it’s only too willing to move its rear mid-corner, allowing you to play with the balance constantly. The all-wheel drive traction and ability to eliminate electronic interference (unlike in the front-drive GTI) makes it a more rewarding car to drive hard, yet it retains a level of refinement that nothing in its segment can approach. 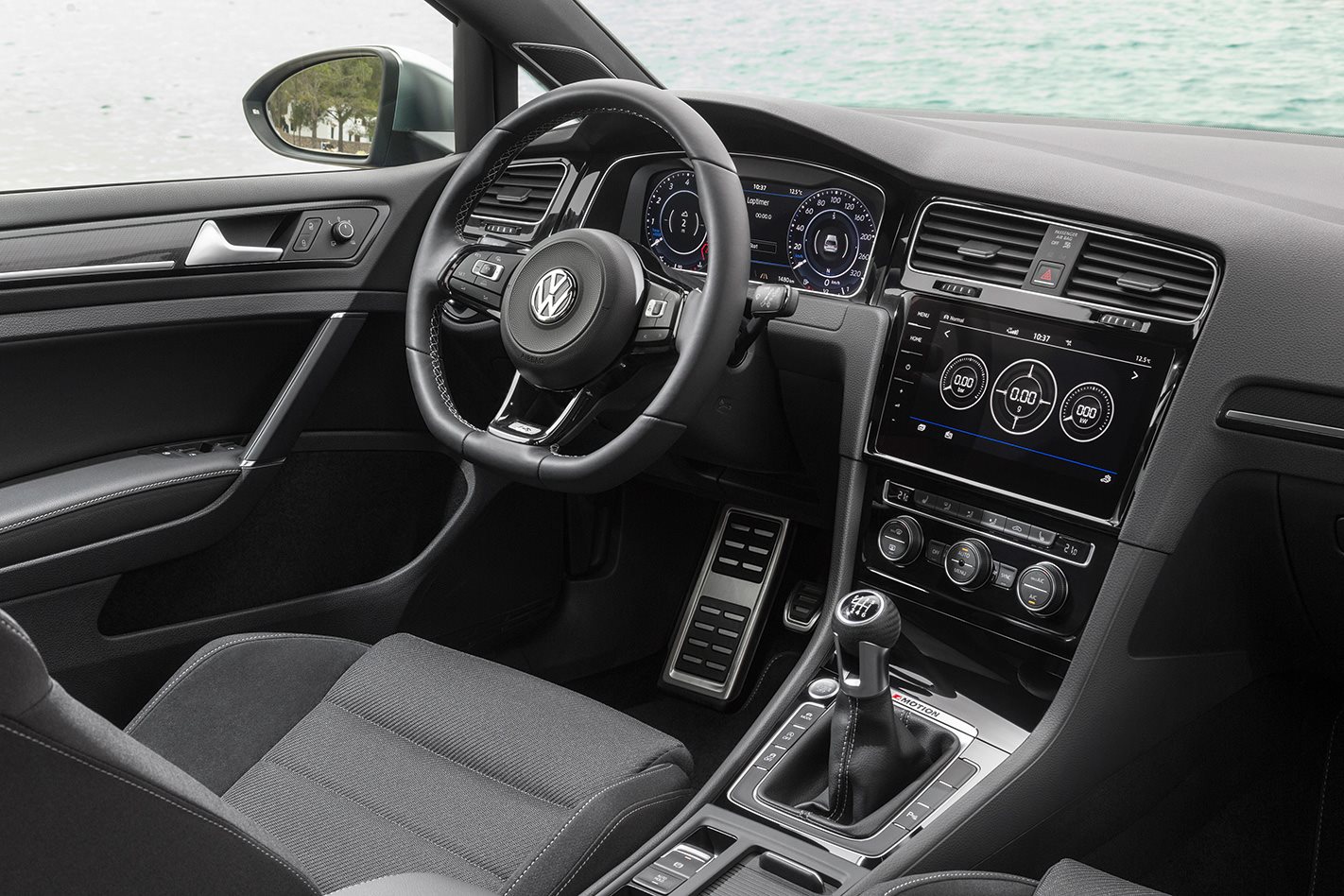 Thanks to its excellent ride and benchmark interior, there is no better hot hatch to drive daily. It won’t keep up with the likes of the Focus RS or Civic Type R in outright pace, but as an all-’round proposition it’s outstanding.

And yes, unless you spend your life in gridlock hell we’d take the manual. Golf R? It should be called the Golf Goldilocks.

4.5 stars out of 5
Likes: Monster engine; great chassis
Dislikes: Not much... a little lacking in aggro? 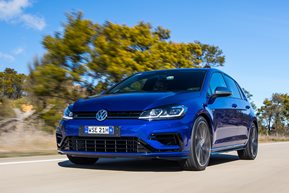