THE Jaguar XF Sportbrake is a refreshing departure from the flood of luxury SUVs sweeping showrooms.

It’s the more practical, long-weekend version of the revamped XF sedan, coming to our shores for the first time. 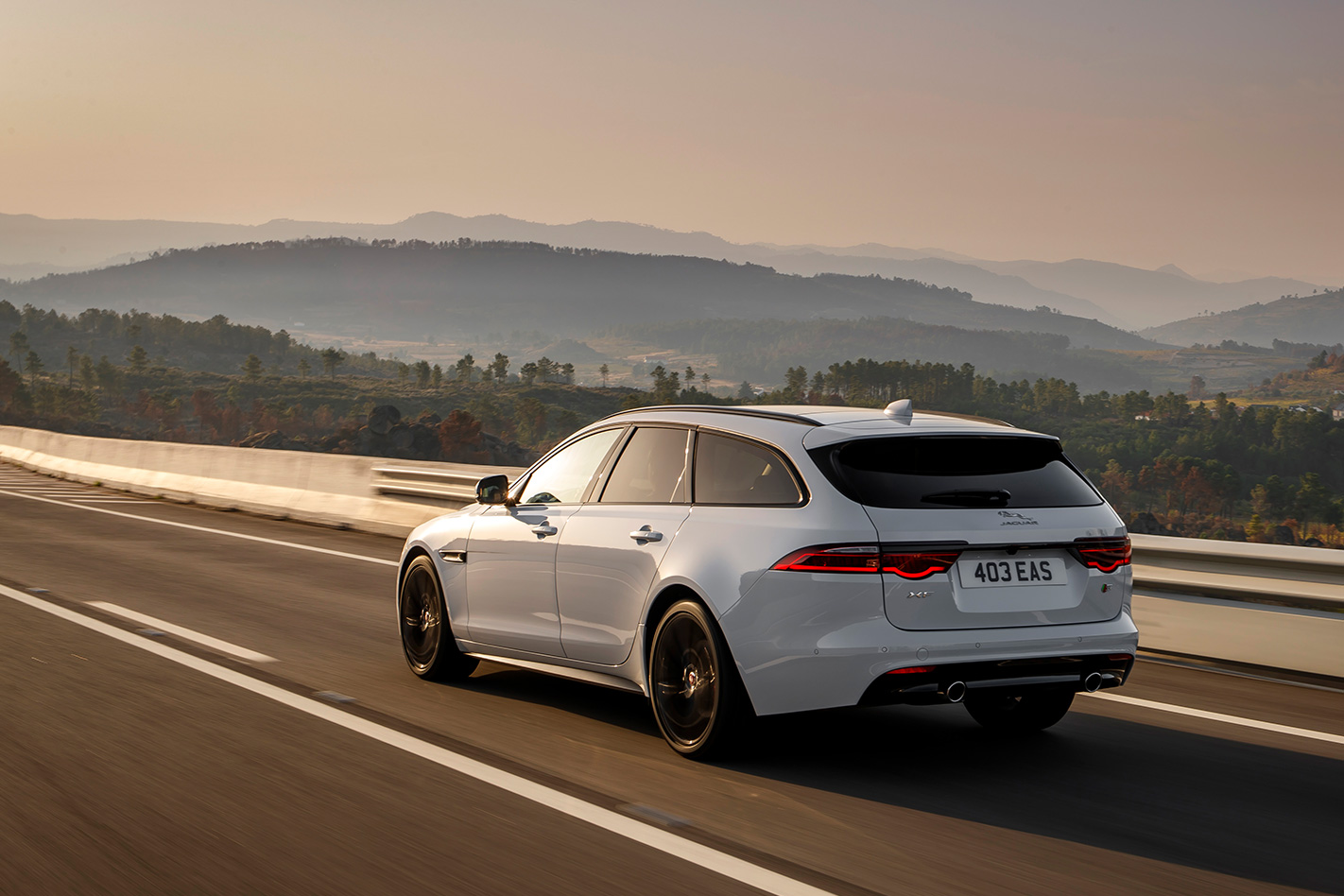 Traditional wagons are becoming something of an acquired taste in the blinkered world of high-riding, ego-fluffing and chronically flawed SUVs. It’s significant, then, that vehicles such as the XF Sportbrake exist despite the pressure to send them the way of the dodo.

It’s taken its time to get here, but the bigger-booted version of the Jaguar XF brings slightly more practicality to what the sedan has already shown to be an exceptionally well-grounded package. However, given the rush to luxury SUVs, our days enjoying the Sportbrake may be numbered.

WE MISSED out on the first-generation XF wagon. Australia issued a collective, wistful sigh as we saw European and North American reviews of the stunning sibling to the sedan on which it was based pour nothing but praise on the new form. All we could do was watch from afar, and go and kick tyres of the more Teutonic BMW 5-Series Touring and the now defunct Mercedes-Benz E-Class Estate (replaced in Australia by the SUV-styled E-Class All Terrain) and believe that one day, yes, one day we too could share in the dream.

Now we can. Jaguar’s global push, funded in part by the success of the first-generation XF, means Jaguar’s Australian showrooms now have access to a car we once could see but not touch. At 4955mm, the Jaguar XF Sportbrake (“wagon” in Jag parlance) is a single millimetre longer than the sedan on which it is based, and with an identical 2960mm wheelbase but sitting 39mm taller at 1496mm. At 565 litres, the boot is 25L larger than the sedan, although that expands to 1700L with the rear seats folded down.

A little of the theatre of the first-generation XF is lost in this one. Punch the start button and the dash-mounted side air vents still rotate into their working position as the gear selection dial rises slowly from the centre console – that’s more surprise and delight than you get in Jag’s brand-new baby SUV, the E-Pace. But the XF’s touch-sensitive electronic glovebox release switch is now a manual one, the centre air vents are fixed and no longer rise dramatically from the dash in between the front seats, and the puddle lamps – which on other models cast shadowed silhouettes of jaguars, and in the case of the E-Pace an adult jaguar trailed by a cub – are just plain old puddle lamps.

What’s left to sell the XF Sportbrake though, is that wonderful coupe-like wagon profile. We once thought the Holden Commodore Sportwagon was the duck’s nuts of large wagon styling, but it’s now gone and the Jag has done a Bradbury, taking the title. Despite the fastback looks, rear headroom isn’t impeded, and although the rear doors are still a fraction short making entry and exit a bit cumbersome, and the boot a bit small and shallow to be truly practical, it just works. Wonderfully.

Jag’s Sportbrake line-up in Australia is much skinnier than for the sedan, limited to just turbocharged diesel and petrol 2.0-litre Ingenium four-pots, and the car tested here, the 3.0-litre diesel V6 – not a supercharged petrol, sadly – that is tested here.

Luxury carmakers like to stab you in the heart via the options list, and Jag is no different. However, standard equipment for the admittedly pretty high price of the S includes the torquey twin-turbo V6, keyless entry and start, rain-sensing wipers and dusk-sensing adaptive LED headlights, dual-zone climate control, surround-view camera, digital radio, a head-up display, black roof rails, and auto-dimming mirrors. Our test car included more than $30,000 in options, running to a huge glass roof ($3560) that opened its blind at the sweep of a hand ($1440), a 12.3-inch digital dashboard with better audio ($5280), and a Sportbrake convenience pack including a bootlid that opens at the sweep of a foot under the bumper, storage rails, and an adventure-proof wristband that doubles as a wireless key to unlock the doors ($1770).

The 3.0-litre twin-turbo powerplant under the Sportbrake’s bonnet is not that far removed from the single-turbo 2.7-litre one that once powered diesel versions of the Ford Territory. Jaguar’s literature only quotes where the V6’s full serve of 700Nm arrives on the rev range – 2000rpm – and not how long it stays at the party. It’s all over early, though, appearing to trail off after 3000rpm. If you’re a bit overly excited with the throttle, the torrent of newton metres the engine dumps at the rear wheels from not far off rest will have the low-profile 255/35 Goodyear Eagle F1s wrapped around their 20-inch alloys struggling to lay it all down to the bitumen, especially when they’re cold.

Once warmed, though, and with a meandering road opening up in front of it, the diesel V6 feels like an old-school V8 with plenty of lazy torque that can be tapped via a pair of cold-touch aluminium steering wheel-mounted paddle shifters that give almost total control over the eight-speed ZF automatic. The engine’s character, combined with electronic torque vectoring that drags an inside brake to help with turn-in and quick, sharp steering mean the XF Sportbrake is heaps of fun to point at corners, with a connected feel at the front and a little bit of tail happiness down the rear. The Jag uses double wishbones up front, while the rear uses self-levelling air suspension that has the double benefit of smoothing over the worst of the road’s corruptions, and reducing the amount of noise entering the cabin. 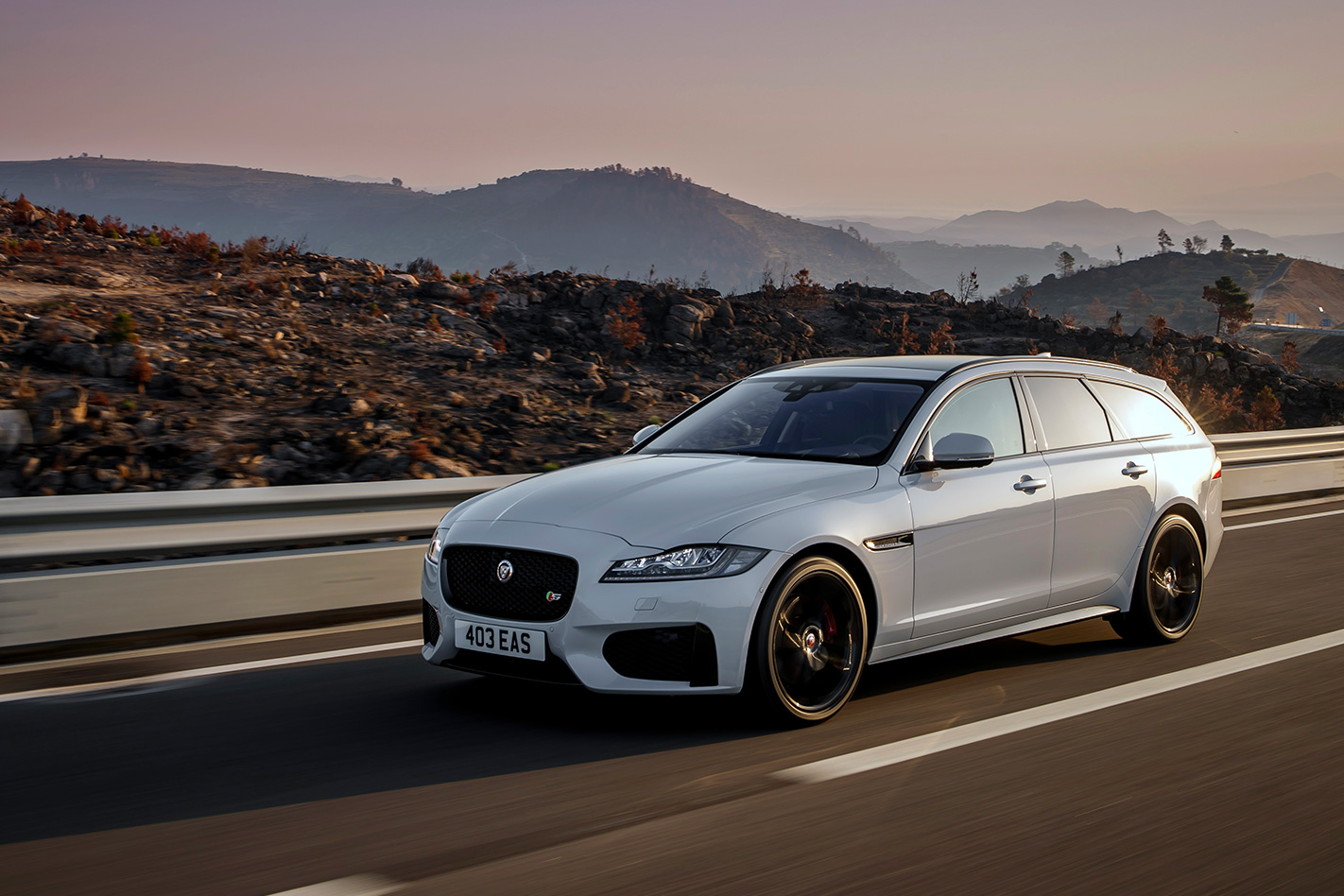 The XF Sportbrake includes JaguarDrive Control. It doesn’t appear to make a lick of difference to the engine’s performance or the sound of the exhaust, although the throttle pedal becomes more sensitive, the steering adds weight and the gear changes in full automatic mode hold out longer before upshifting. And the tractability of that engine, combined with the eight gears to choose from, will give the long, sleek cat small hatchback-like fuel economy on the freeway, and sub-10.0L/100km returns when pushed.

The Jaguar XF Sportbrake S is a perfect complement to the already impressive sedan on which it is based. However, with wagons historically making up only a small proportion of the showroom mix and SUVs now preying heavily on traditional passenger car sales, we fear for its future. 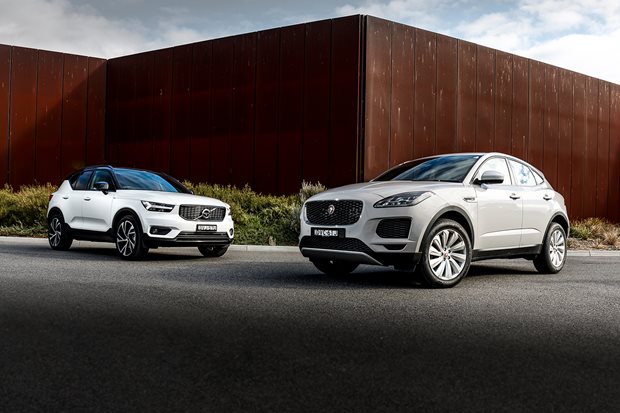 Jaguar and Volvo have both arrived late to the small luxury SUV party. Which brand has done a better job of it? 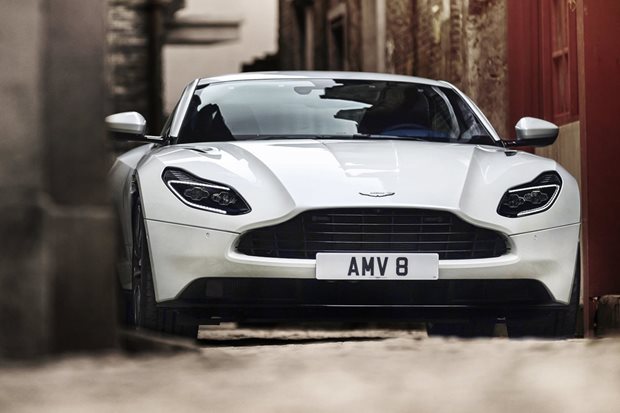 The Aston Martin DB11 gets a 4.0-litre twin-turbo V8 courtesy of AMG. Does it make the grade as a sportier choice? 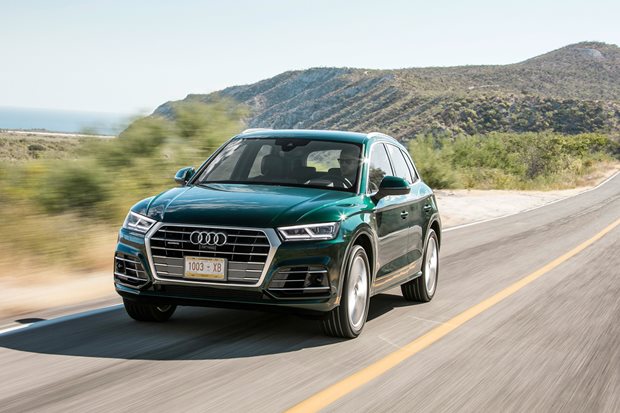 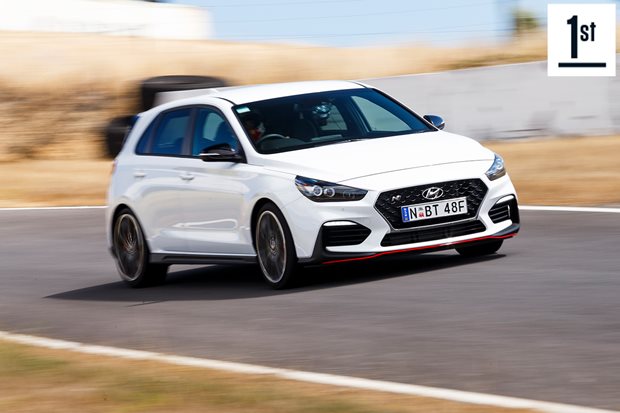 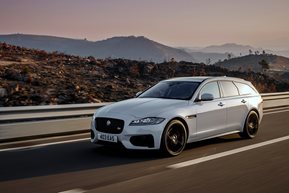