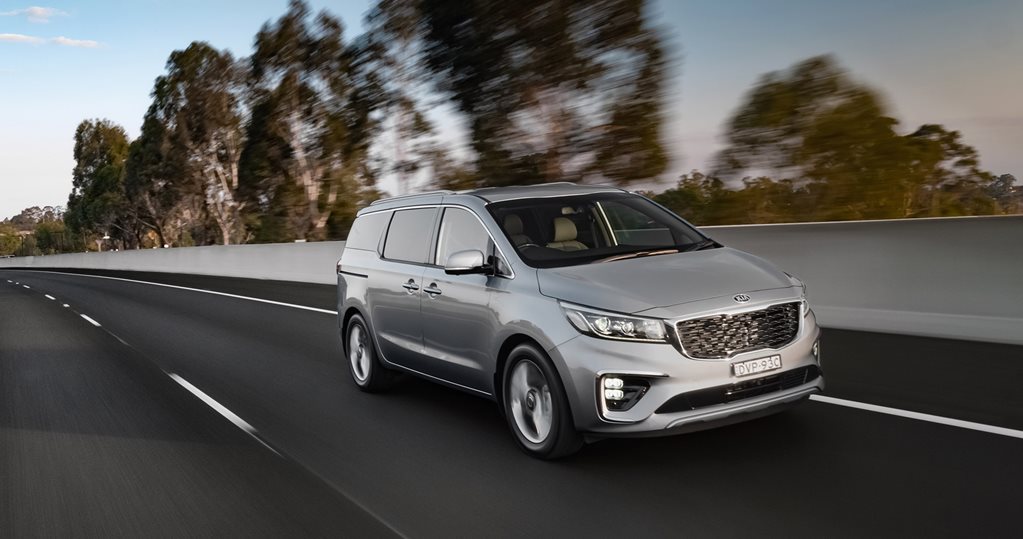 Australia’s biggest-selling people mover has received an upgrade which brings a fresh face, improved handling and automatic emergency braking across the range

The third-generation of Kia’s eight-seater has become Australia’s biggest-selling people mover, thanks to sharp looks, equipment levels and affordable pricing that have made it popular with fleet, rental and private buyers alike. This mid-life update aims to keep it ahead of the pack in terms of driveability, cabin quality, comfort and value. 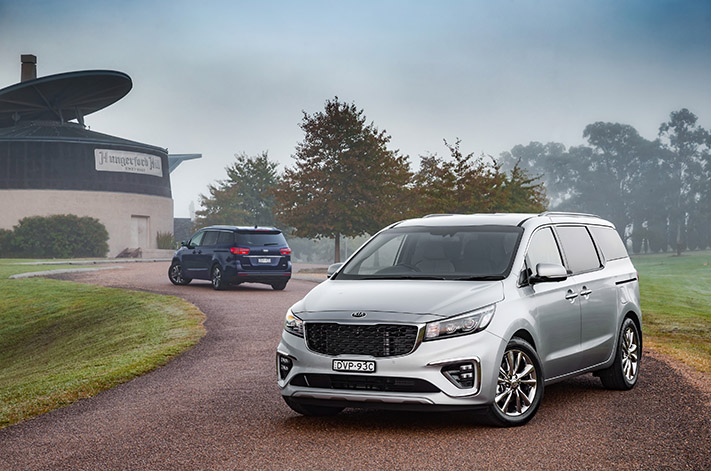 Kia Australia has tuned the Carnival’s refinement for local conditions, by tweaking its suspension and steering, while performance has been improved via the addition of a new eight-speed automatic transmission. The winding roads in the New South Wales Hunter Valley wine region, where such vehicles are often employed to shuttle imbibers between cellar doors, provided an excellent opportunity to see if Kia’s engineering had been successful.

The Kia Carnival is now an even more compelling large-SUV alternative with a refreshed look and a refined driving experience thanks to the new eight-speed shifter and tweaked suspension. While the under-bonnet improvements of this mid-life upgrade might not necessarily resonate with the average buyer, the sharp-looking cabin and the inclusion of auto braking, adaptive cruise control, eight-speed transmission and fully loaded infotainment should bolster its appeal for private and corporate buyers. 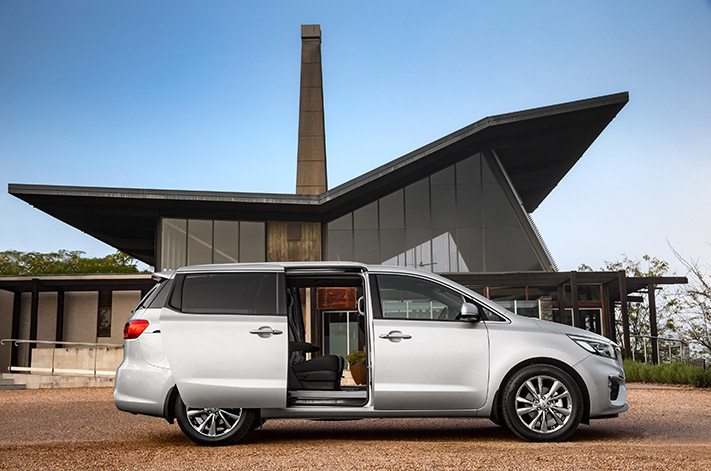 While it doesn’t top any cool lists, anecdotal evidence shows that this motoring scribe isn’t alone in harbouring a quiet admiration for the Kia Carnival. The third-generation of Kia’s eight-seat breeder bus was designed to suit the US market, which for this type of vehicle is a good thing. It’s plush, even with the entry-level cloth seats, and its sleek exterior wouldn’t look out of place in a presidential motorcade.

This mid-life update addresses some of Carnival’s few flaws, such as the diesel’s truck-like din and not-so-refined handling outside of its urban comfort zone despite its Australian tuning program, which included local-specific dampers and thicker anti-roll bars.

The fundamental suspension architecture of front MacPherson struts and multi-link rear bars remains, but has been further tweaked by tightening the damping and spring rates, which has improved the handling without overly compromising the plush ride. 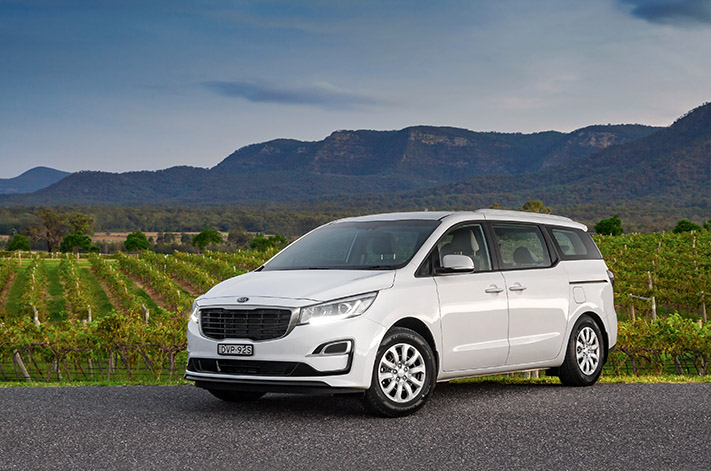 Despite its two-tonne heft, body roll feels car-like on bendy roads and body control is well controlled laterally so that even those sitting almost five-metres back in the third row weren’t flung from side to side. The ride down back can still be jarring, thanks to the seats being directly above the rear axle, though that does improve with heavier loads.

The hydraulic steering, which Aussie Carnivals have because the right-hand conversion couldn’t accommodate the electric steering, has also been tweaked with a new pump and tighter torsion bar spring. The results aren’t a night and day change though – steering is light and precise through low and high-speed bends, but the tiller still feels a little slack and disconnected from the front wheels.

A more noticeable improvement is the new eight-speed automatic transmission, which replaces the six-speed auto coupled to both the 3.3-litre V6 petrol and 2.2-litre turbo-diesel four. This is the same unit that debuted in the Kia Stinger and was a key feature of the Sorento’s mid-life update. The extra gears result in quicker and smoother shifts with each engine. Pedal response is vastly improved at low and high speeds, particularly with the V6, which previously required you to almost stomp on the pedal in a quest for meaningful torque. 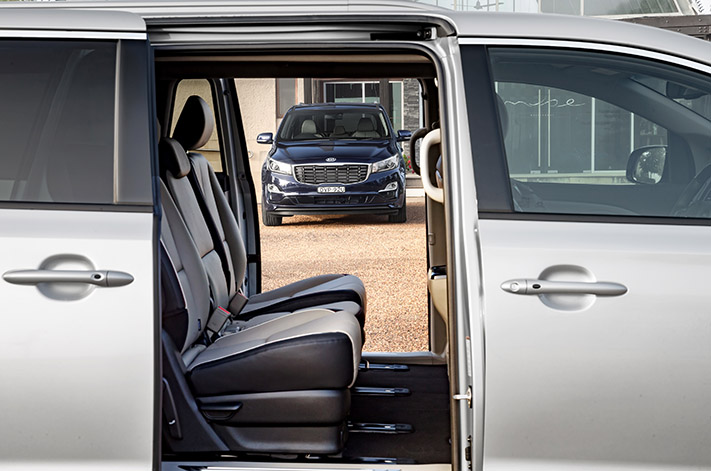 As well as inspiring confidence when overtaking, the new transmission seamlessly kept up with the autonomous throttle and brake responses of the active cruise control that’s now standard across the Carnival range. Driving from Cessnock to Sydney Airport, the V6 petrol felt smooth and had no trouble negotiating the M1’s steep inclines.

Kia claims the new transmission slightly aids fuel economy, with the thirsty V6 now rated at 10.8L/100km combined, a small but useful improvement from its prior 11.6L/100km figure. Our relaxed drive from Cessnock averaged about 8.7km/100km which was bang on its extra-urban rating, though traffic was surprisingly light even at the airport end. Place some bums in all eight seats and drive around town and consumption will be well into the mid-teens.

The diesel’s fuel economy only goes down from 7.8L/100km to 7.7L/100km, which is reasonably frugal for a two-tonne bus and is the reason why the oil burners are the biggest sellers among private buyers. With the eight-speed auto, it’s zippier than the petrol and feels much more refined than before, with the lower revs at highway speeds vastly reducing diesel clatter. 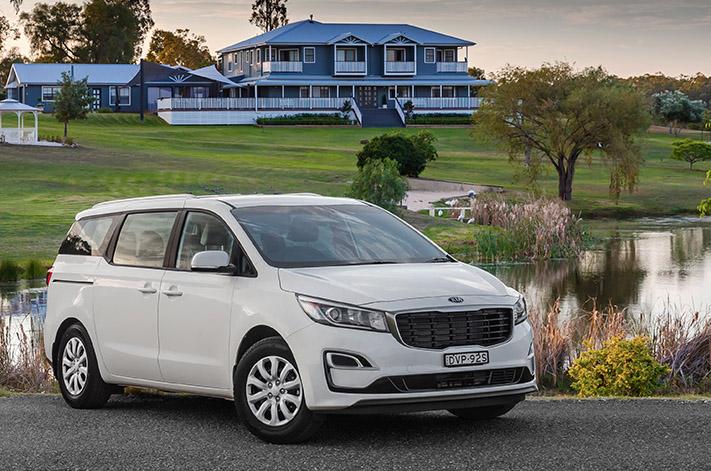 Engine noise has also been reduced with NVH improvements, achieved by adding thicker soundproofing material to the wheel arches and around the engine bay, while new under-floor panels and thicker carpeting better isolate the cabin from road and wind noise. Wind noise has also been reduced by repositioning the windscreen wipers. The result was a very relaxed drive with tyre roar only noticeable on coarser surfaces.

READ NEXT: Kia Sportage: 2017 Car of the Year contender

Another of Kia’s objectives for the Carnival facelift has been to bolster its showroom appeal. To that end, it gets a restyled nose and bumper as well as a sleeker headlight configuration, giving it a closer family resemblance to the Sorento. The range-topping Platinum also gains LED headlamps and “ice cube” fog-lights on upper-spec variants.

The silhouette has changed, too, with the restyled bumpers marginally trimming the front and rear overhangs, giving the Carnival a bolder stance enhanced by newly designed alloy wheels. 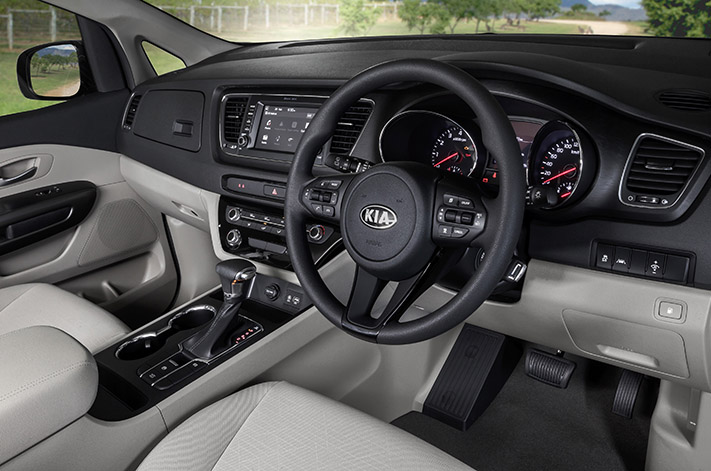 The airy interior has also been refreshed with updated instrument graphics and a less cluttered centre console featuring a sunglasses bin. An electric parking brake is now standard in all variants, further freeing up cabin space. The Carnival also shares the latest infotainment system with Sorento, which includes Apple CarPlay and Android Auto, with satellite navigation in all but the entry-level S variant that’s popular with rental car firms.

For all the improvements, the Carnival’s entry-level price goes up by just $1000, with the leather-trimmed SLi and Platinum variants, which account for most private sales, jumping by $3000 and $2000 respectively. That sees prices ranging from $42,490 ($500 less than Sorento) to $62,790, which still makes the Carnival a value prospect against similarly equipped rivals, while continuing to make it a viable, and roomier, alternative to popular seven-seat SUVs. 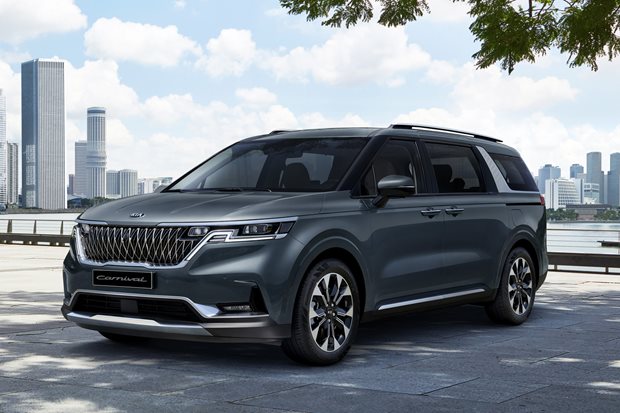 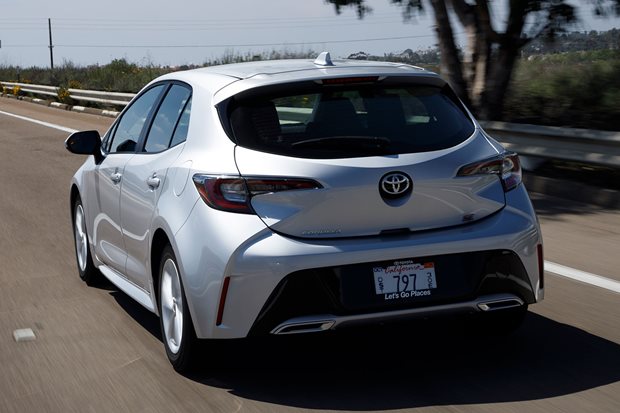 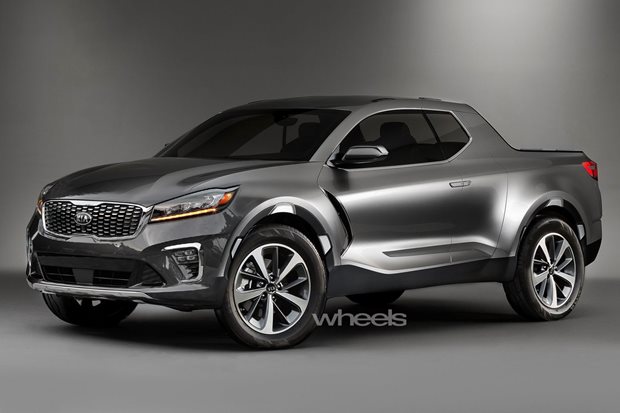 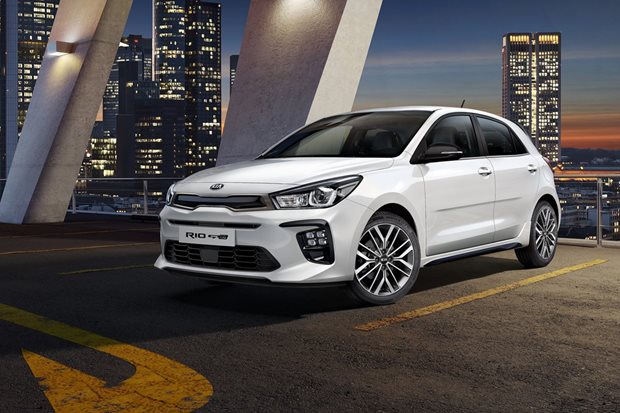