A CRUISE around sun-drenched California is the perfect test for Mercedes-Benz's most expensive - and potent - drop-top boulevard cruiser.

This is the updated version of Mercedes-AMG’s big, imposing and beautiful coupe and convertible. The barmy S65 twin-turbo V12 version is largely mechanically unchanged but its S63 sibling has far more going on under its gorgeous facade.

The technical changes apply to both drop-top and tin-top versions but, in the mild Californian climate, the Cabriolet was our focus.

While other variants in the two-door S-Class family have received more minor updates as part of a mid-life refresh, the S63 gets the most significant makeover. Out has gone the huge 5.5-litre turbo V8, replaced by the new more sophisticated 4.0-litre. The transmission has also gained two extra ratios and the driven-wheel tally is also up by two bringing 4Matic four-wheel traction.

A first drive on US soil is all about establishing if the biggest changes amount to the most accomplished offering in the S-Class coupe and convertible range. 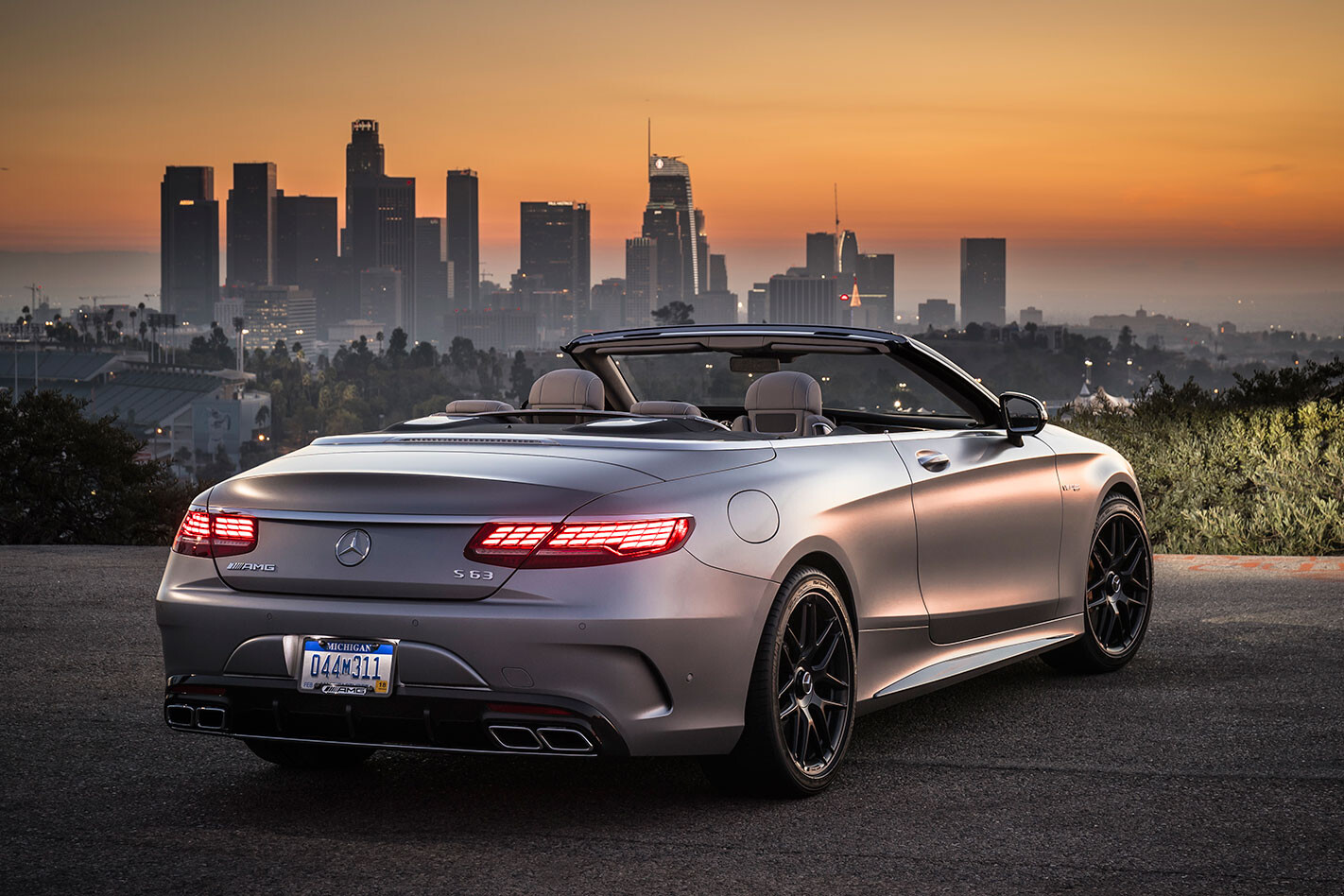 No one needs a large five-seat convertible that can crack 100km/h from standstill in 3.5 seconds and blast on to a top speed of 300km/h, and many would argue that what is likely to be an asking price of nearly half a million dollars could be better spent on other vehicles. Several other vehicles.

But the Mercedes-AMG does something special to its occupants. Its intoxicating spell of unbelievable pace, weight-defying dynamics and a look that has people swooning on the streets of LA makes you forget all of your sensibilities.

Stow the roof, slide into the sophisticated cabin and point your toe at the high country, and the updated AMG S63 Cabriolet has your hand almost involuntarily reaching for a chequebook and pen. No questions asked. 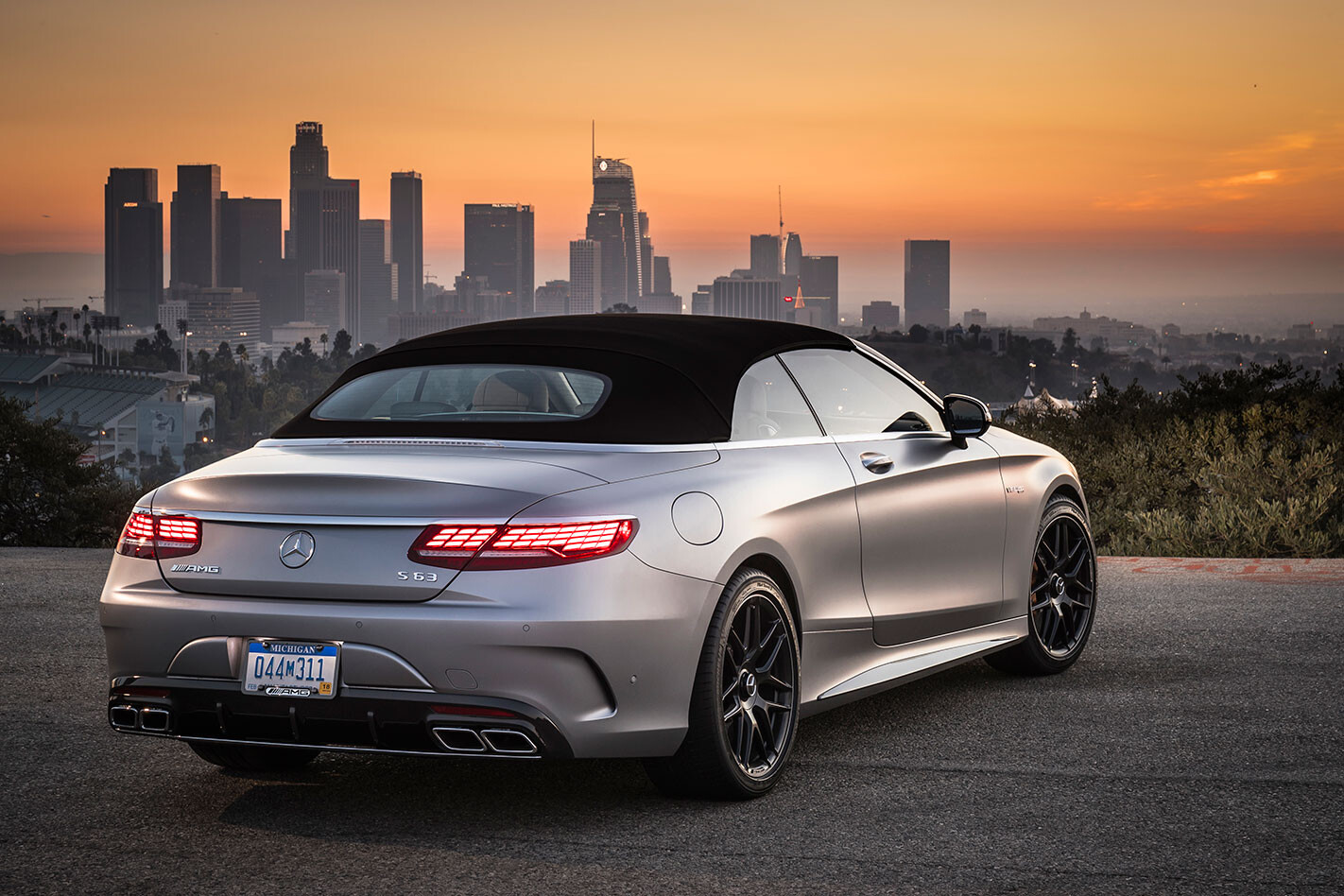 THE heart of any high-performance car is often the mind-bending puzzle of pistons, pumps and motors that combine to breathe life into what would otherwise be a soulless amalgam of parts. Less often does just one engine have the same effect on an entire brand, but that’s exactly what Mercedes-AMG’s 4.0-litre twin-turbo V8 is doing for the company, smack in the middle of its half century celebrations.

When it blasted onto the scene under the bonnet of the AMG GT, the all-new M178 engine brought a relative angel of fuel consumption and emissions but with a devil lurking in the exhaust pipes - all of the AMG shout with less thirst. But that was 2014 and output has steadily grown from an initial 340kW/600Nm as the engine proliferated models including C63 and E63. For its latest party trick though the Affalterbach fettler has slotted the V8 under the bonnet of the updated S63 coupe and convertible and wound the gain dial up to an astonishing 450kW and 900Nm. Updates for other variants in the S-Class coupe and convertible range are light but the mid-life refresh brings the most comprehensive makeover for the S63. Gone is the seven-speed auto in favour of the excellent nine-ratio box, capacity has fallen from 5.5-litres but torque is unchanged, power is up 20kW and fuel consumption is down to 10.1L/100km.

Critically though, the S63 now has 4Matic all-paw traction allowing the massive grunt to get to the road despite a 2.2-tonne kerb weight and zero-to-100km/h acceleration has been hacked to an almost unbelievable 3.5 seconds.

Unbelievable, until you find a deserted stretch of road out the back of Santa Barbara somewhere, select Sport+ mode and stamp on the accelerator like it has eight legs and you found it in the shower.

The S63 moves in a way that should not be possible from a big, four-seat drop-top, but the AMG wizards have found ways of hiding its heft with the skill of a piano removalist. Acceleration is monumental but power delivery is smooth and linear. 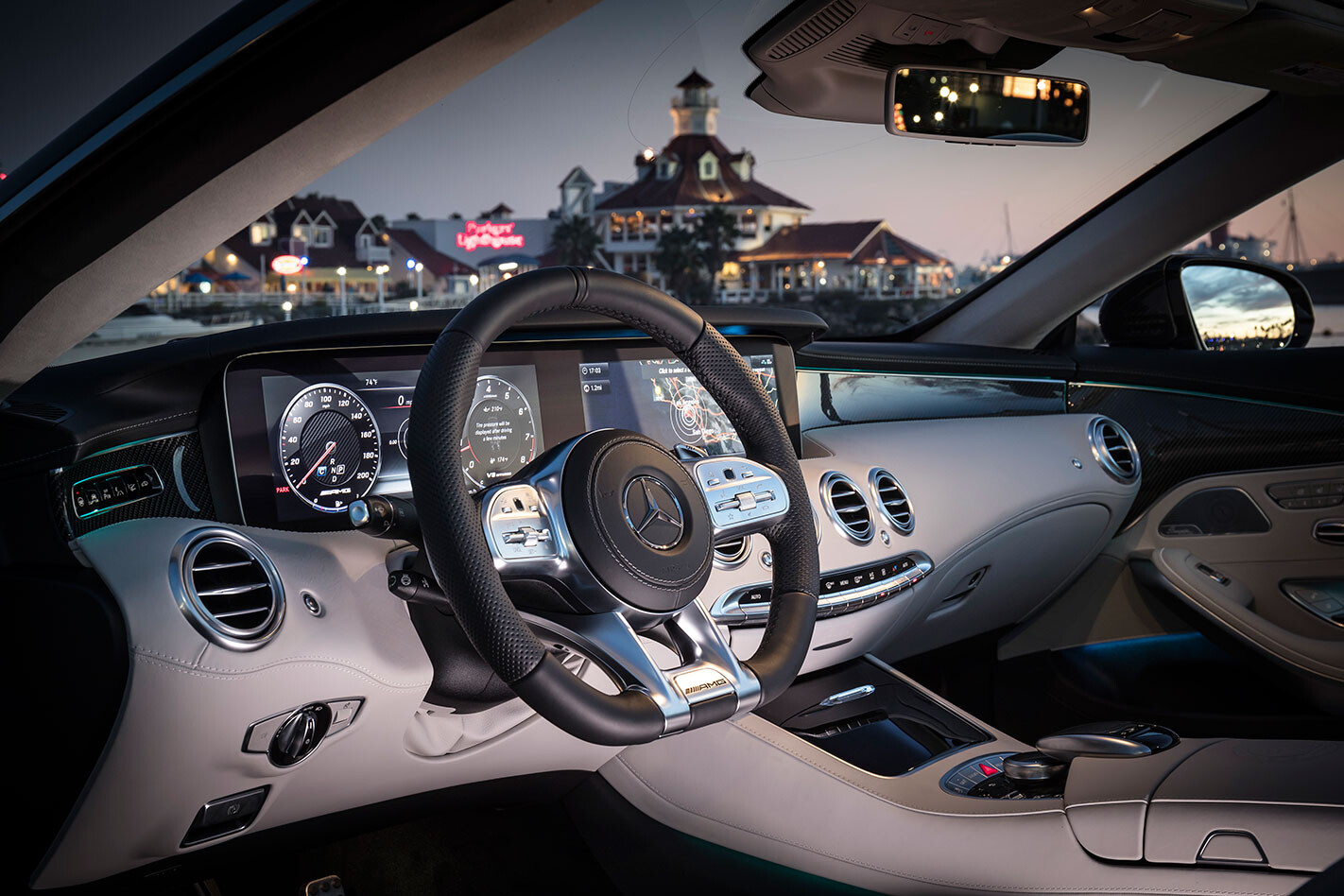 In corners that prompt the Benz S560 version’s front tyres to howl in objection, the all-paw and brilliantly balanced AMG carves a line like a slot-racer. Physics always prevails when chucking a big coupe around bends but excellent steering weight and effective torque vectoring push that limit further ahead than you might imagine.

There is also no escaping the fact that the S63 has no roof and a little shake is evident away from its natural habitat of long sweeping bends. You will forgive it though.

The surprisingly athletic achievement is accompanied by an equally unexpected exhaust note that spits and bangs with natural irregularity and a volume that is unapologetically antisocial. It might be a few segments away from the GT that pioneered this engine, but the S63 has a generous share of its soul thanks to a shared power plant.

The big cab’s dynamics are a bonus thrown in with sumptuous cruising manners. Hit California’s iconic freeways and the S63 settles into a gallop of eerie smoothness and silence on all surfaces and the plethora of heaters and coolers allow the vast fabric roof to remain stowed every time the sun comes out.

The update also brings new driver assistance and although the lane-keep function decides to occasionally make a beeline for the barrier, the impressive tech proves how close true autonomous driving really is.

With an all-new driveline including an engine of monumental engineering achievement, the 2018 S63 cabriolet is a car that defies belief, but more importantly its engine will be remembered as a significant milestone that asserted AMG’s performance credentials in a constantly evolving automotive landscape. 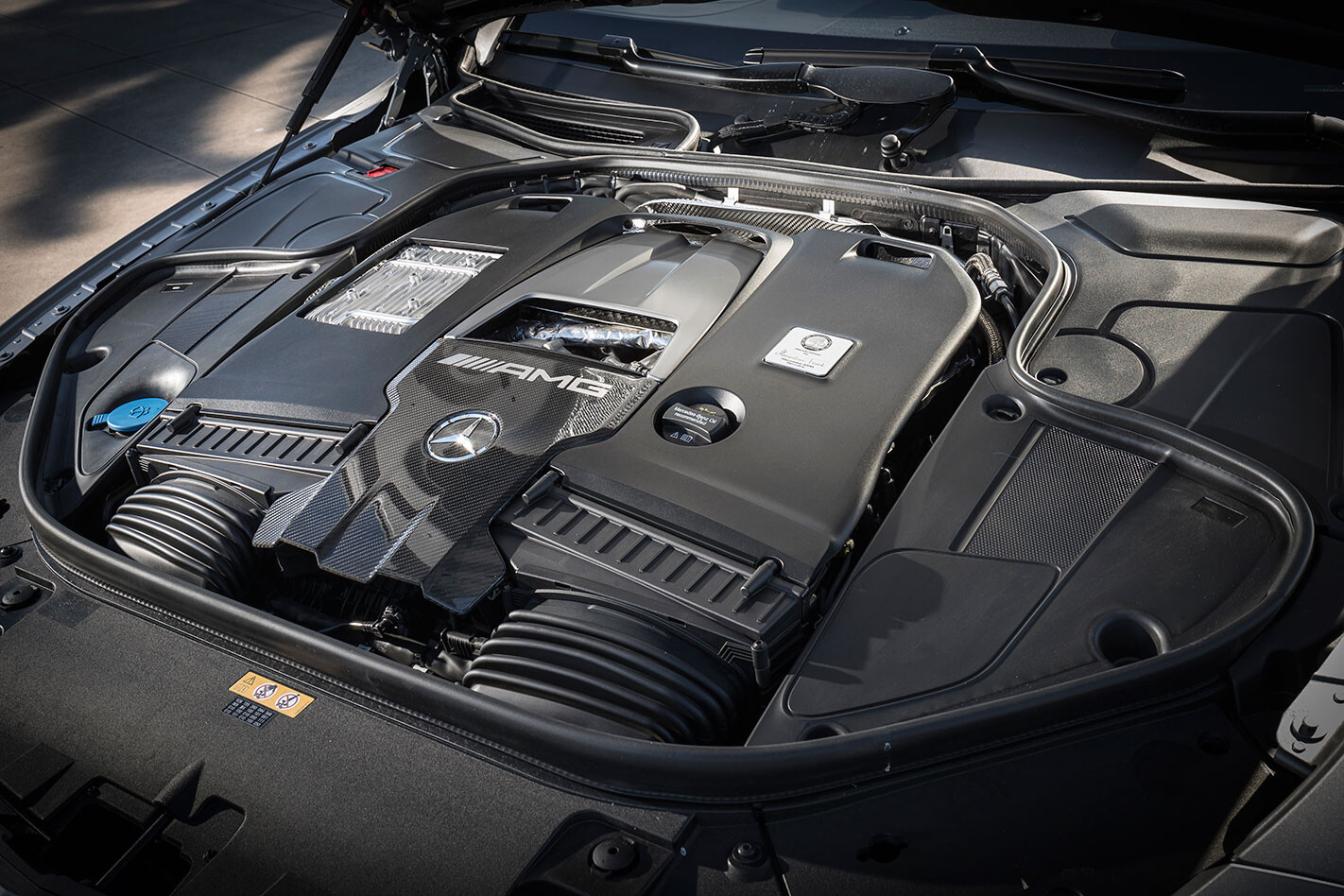