It’s Nismo’s spin on the 370Z. Before you say ‘Nis-what?’, the go-faster arm has been modding regular Nissans for years while running the company's motorsports program.

But while early examples were limited-runs, think Skyline GT-R 400R, the outfit began making cars full-time in the late noughties, offering tasty top-of-the-line R35 GT-Rs and 370Zs since their births. 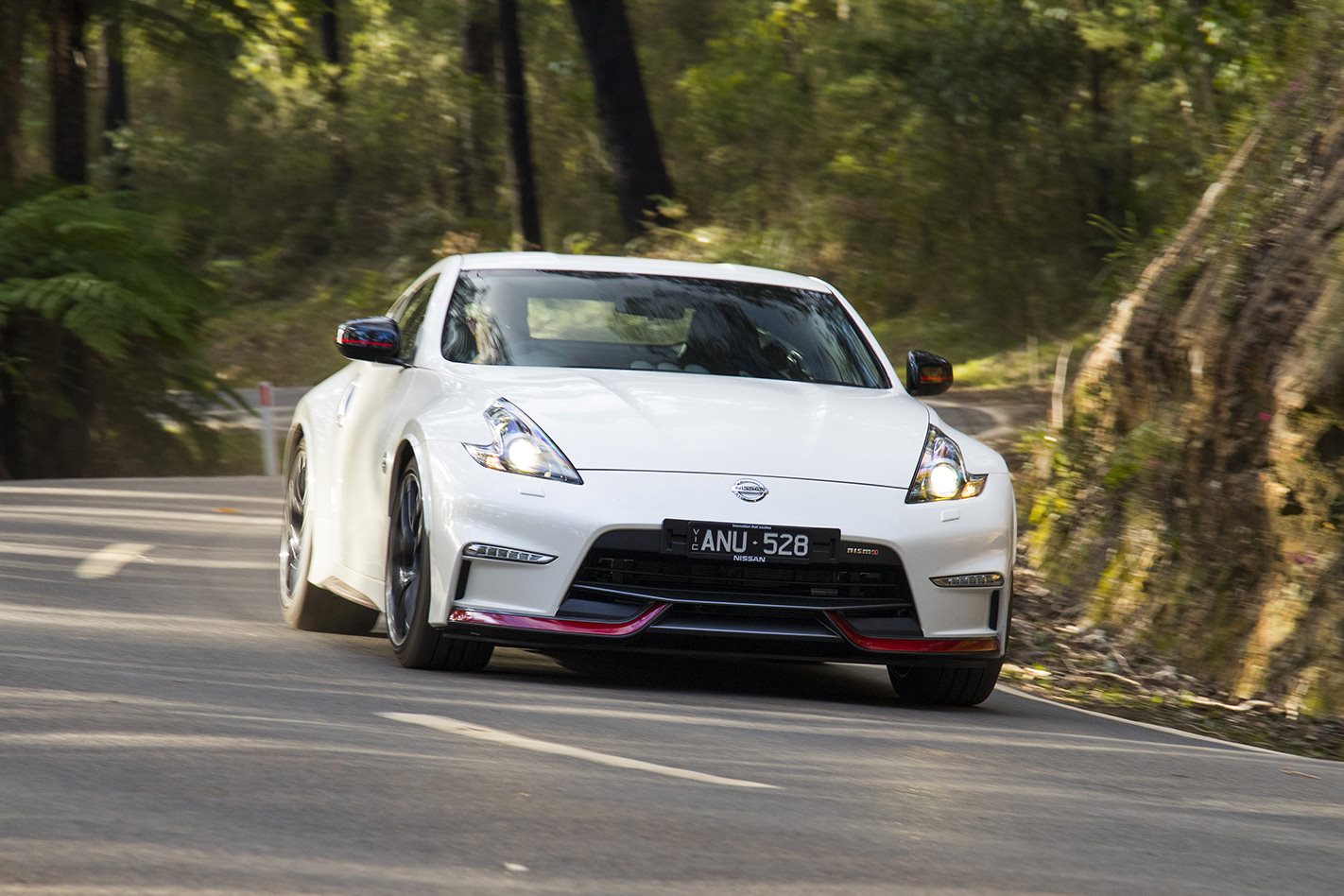 That’s because we’ve been watching the rest of the world enjoy its fruits for almost a decade. We’ve missed out because of “ADRs, timing, and capacity”, Richard Emery, the brand’s local CEO, told us last year.

But it seems someone’s made the right noises and convinced Japan to greenlight Nismo models for Aussie tarmac, with the 370Z Nismo the latest addition. 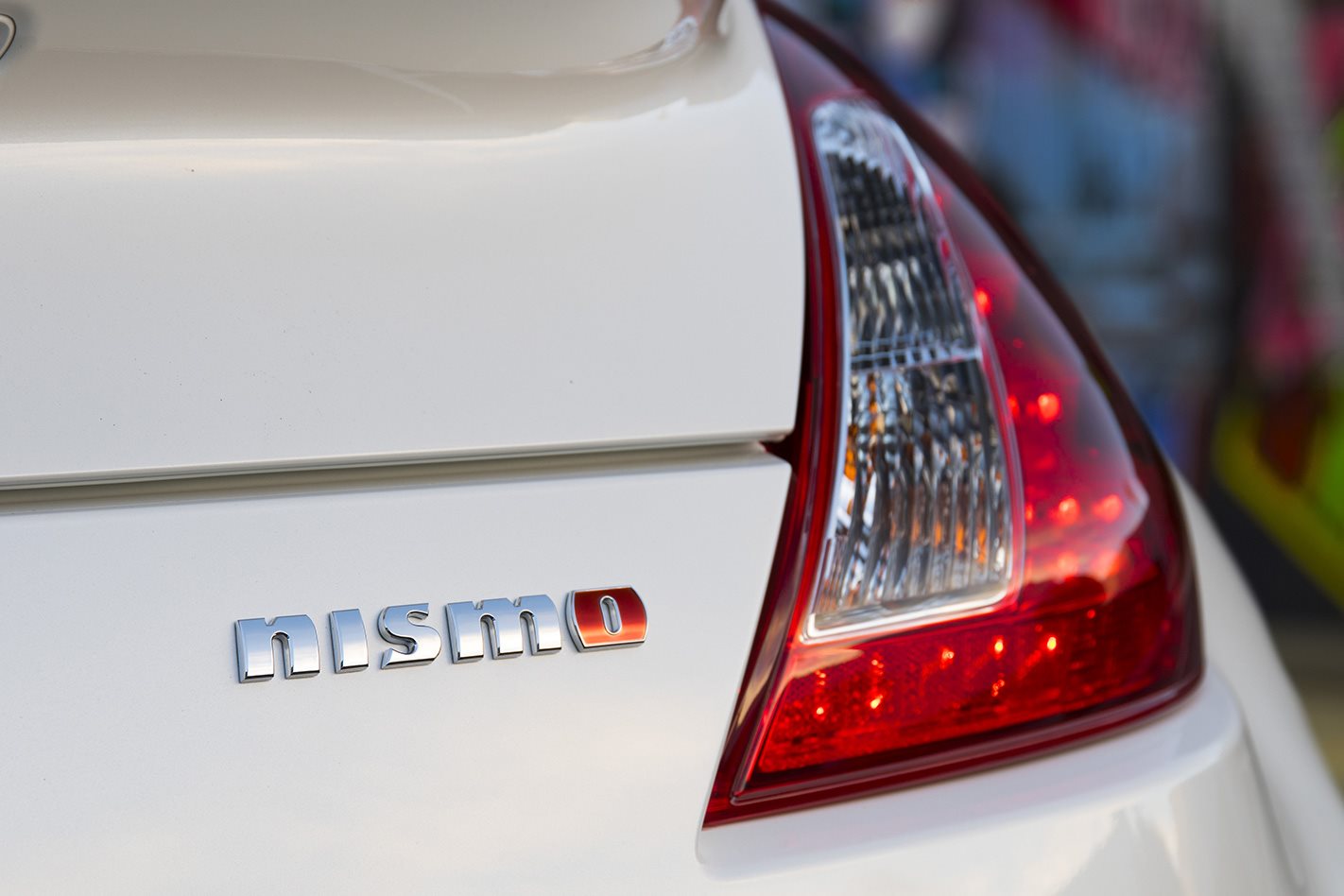 Righto. So what’s it got?

Thankfully, Nismo’s done better than paste the 370Z with a sticker-pack and tweaked it like you would with five-minutes on Forza Motorsport.

Outside it wears GT-R inspired front and rear bumpers, while side sills and lip spoiler round out the bodykit. Oh, and the door mirrors are Nismo-fied in black. 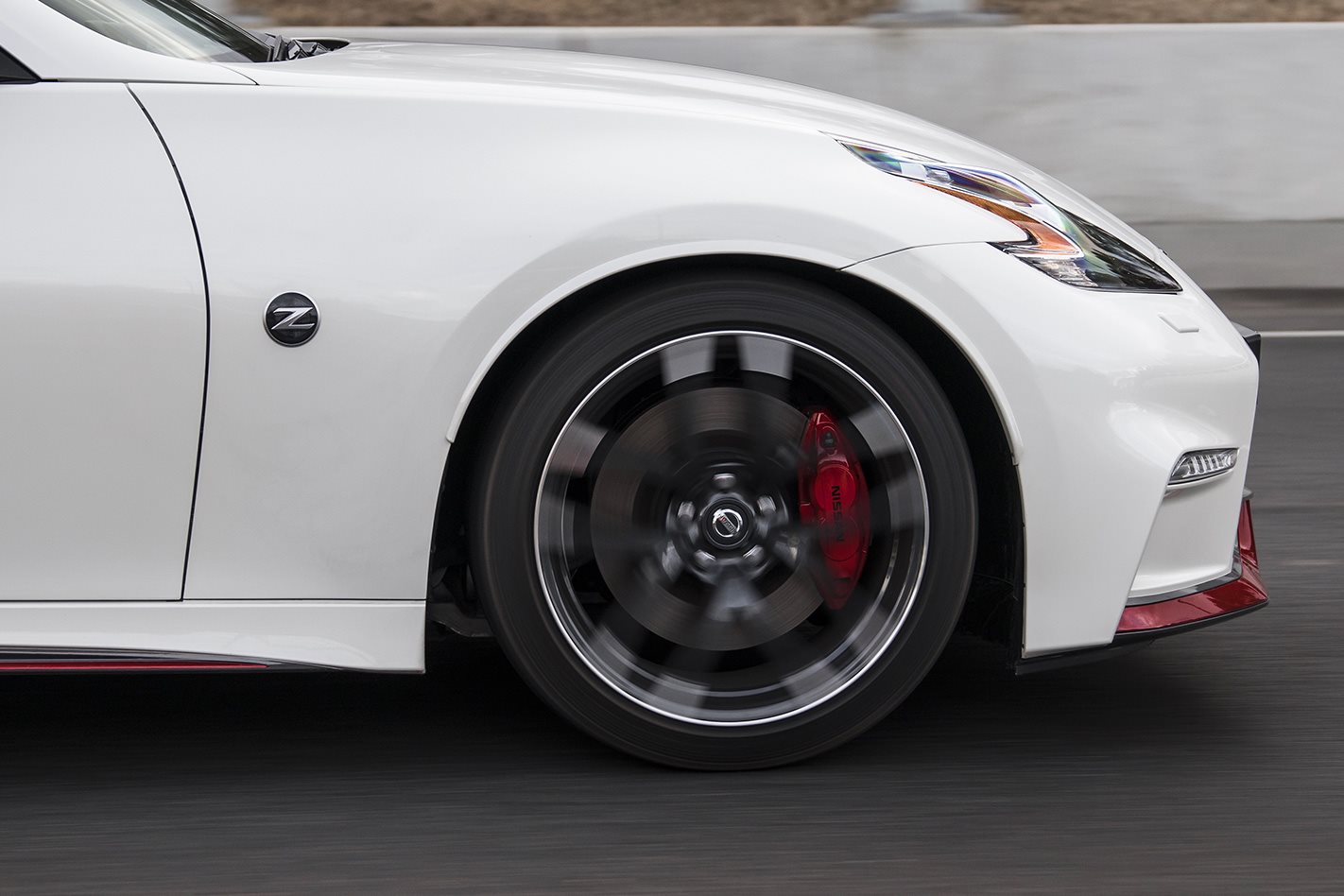 Snazzy new Rays 19s are half-an-inch wider and press an extra 30mm (up front) and 40mm (out back) of Dunlop Sportmaxx rubber onto the road.

Special dampers, uprated springs, and stiffer rollbars will put the staggered rubber to work, while special brake hoses and fluid bolster its brakes.

Engineers have fiddled with the 3.7-litre V6’s spark and timing. While a new exhaust system bolts on from the cat-converter backwards. It's enough for an 8kW and 8Nm uptick. 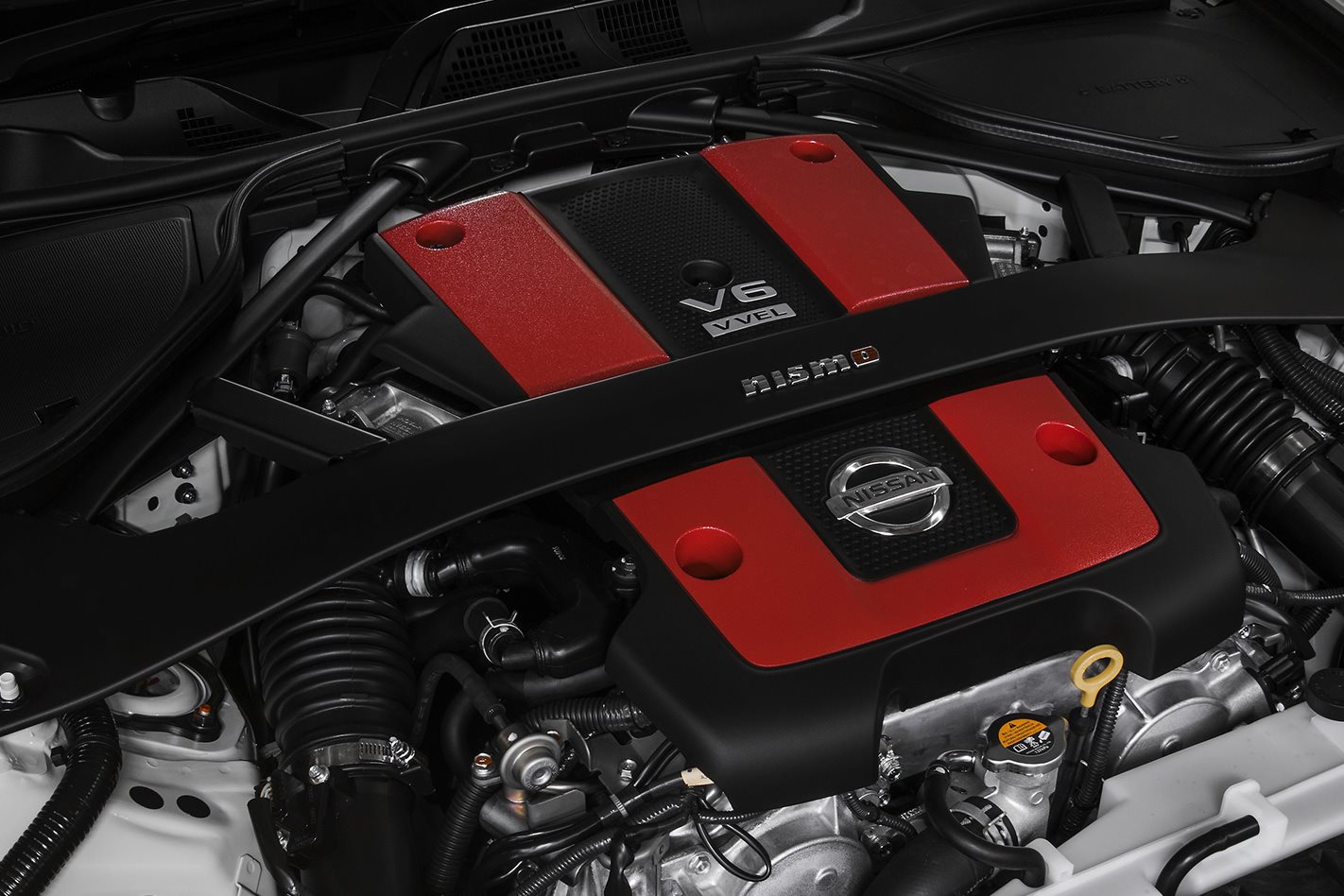 The drivetrain’s pure old-school. A six-speed manual transmission links to a carbon propshaft. They send 253kW and 371Nm to a rear viscous LSD, while a seven-speed auto’s also available.

Not loads of poke these days, but enough for an atmo six rear-driver weighing under 1500kg. And we’re talking about an eight-year old engine. 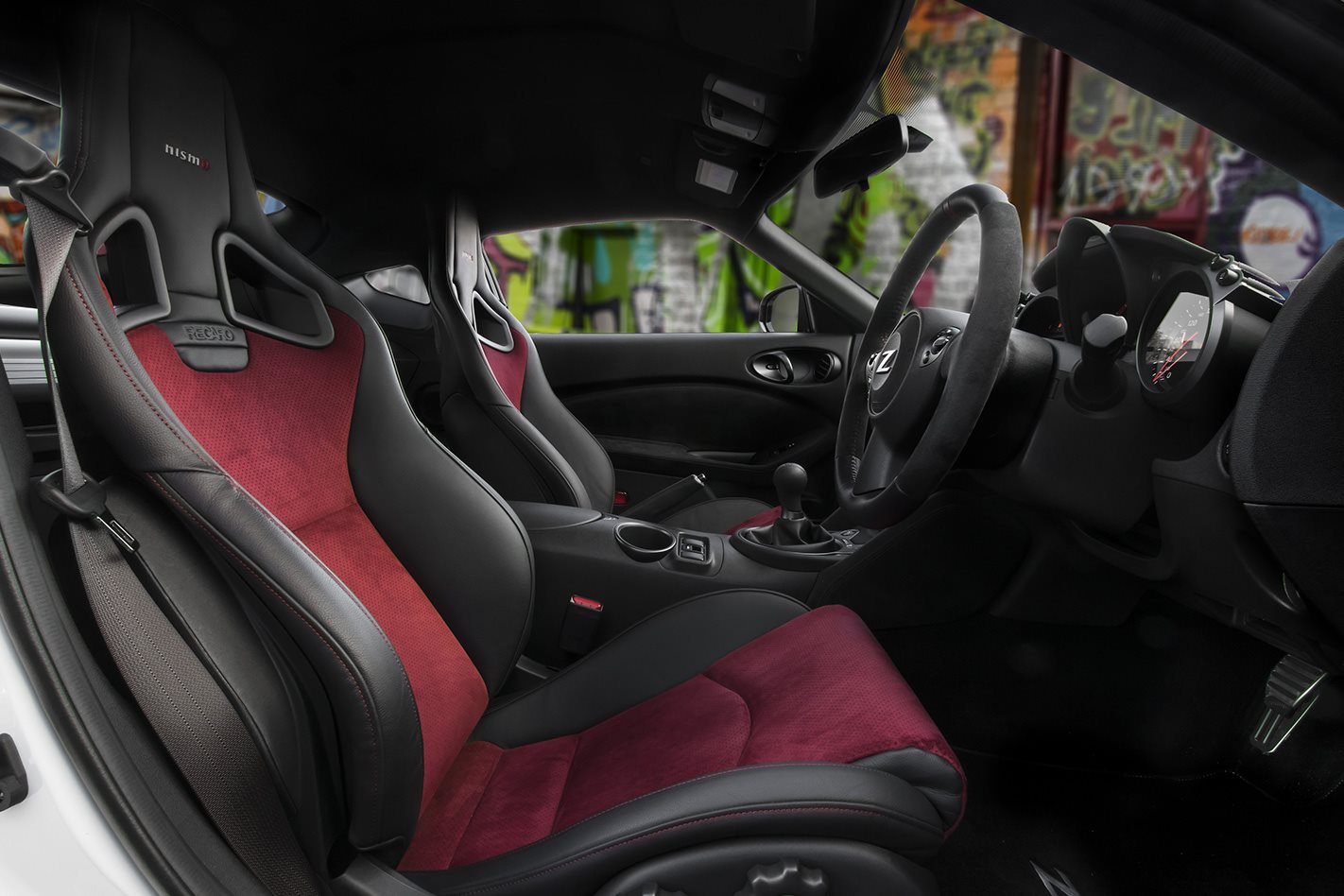 It must be like climbing aboard a time capsule.

The Zed might be due for pension but its cabin has aged well. It’s very useable, the buttons are tactile, and the material mix feels premium – thanks to the scattered Nismo alcantara and leather.

Recaro seats, too, cradle you nicely and cabin is raked like a proper muscle coupe. But dual-zone climate control, and quick-fold backrests, are sorely needed.

A lot like it looks. Planted, grippy, and hunkered down. As far as sub-$75K coupes go, turn-in is more immediate than a Ford Mustang GT. And it’s more tractive than a BMW 2 Series. 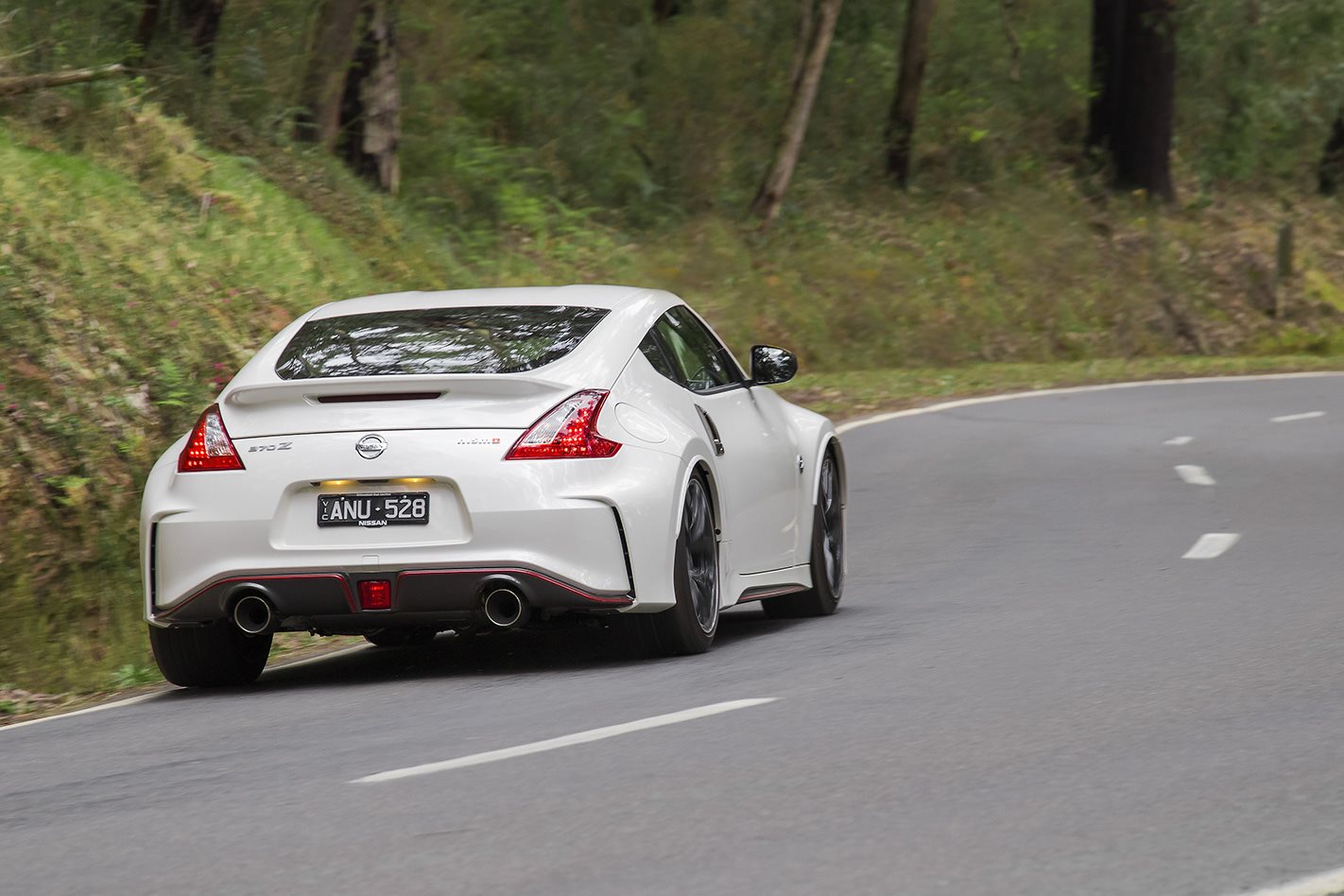 Throttle response is sharp, and brake pedal feedback strong. And while the hydraulic steering rack isn’t textural as you’d like, it weights up nicely, sort of like a Toyota 86.

There’s also a macho feel to the way it operates. Each gear arrives with a solid clunk and the clutch errs on the heavy side. We can’t speak for the auto, as we didn’t drive one, but the Zed feels burly.

If only it sounded more like it. The new pipes have unleashed a noise, but it’s a bit strained and whiney, failing to impersonate an atmo GT-R as you might hope. 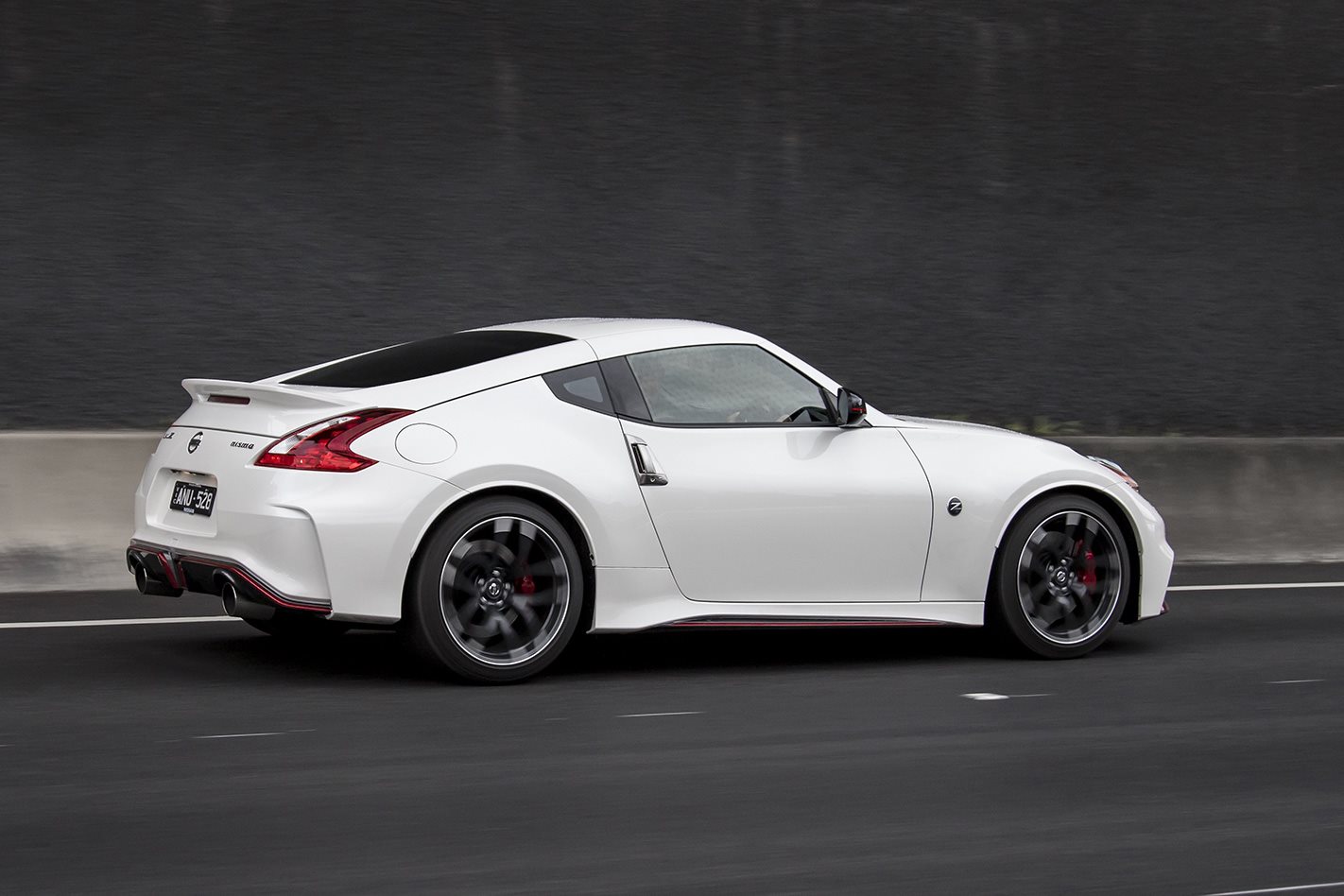 The ride, like the exhaust, lacks sophistication. Although Yamaha chassis dampers help filter out bite, it pummels, rather than drifts over, ruffled blacktop.

Find flowing, smooth roads, though, and the Zed eggs you on with a beautiful handling balance and long-legged V6, which feels most potent lingering around its 7500rpm redline 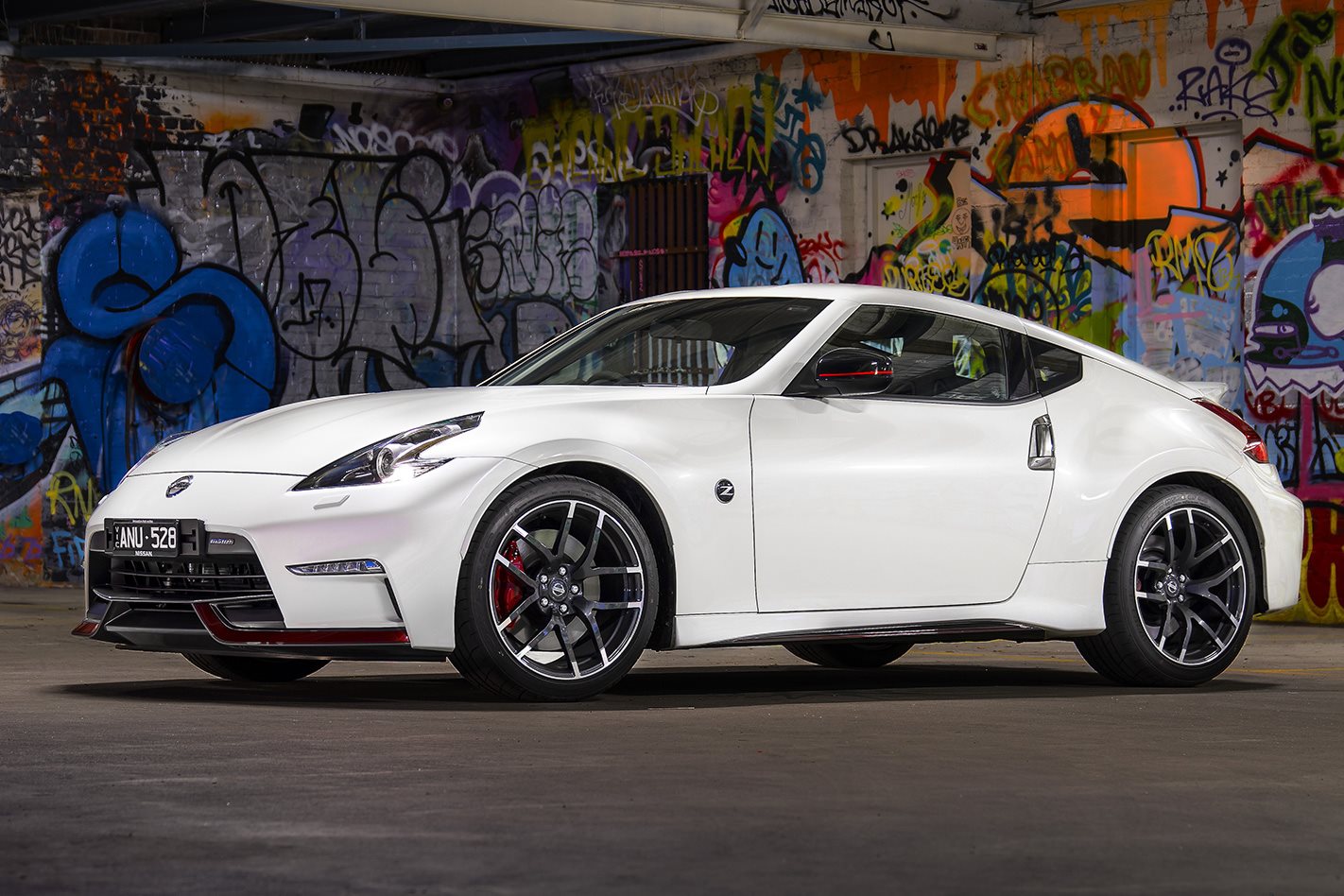 But what the Nismo’s buys is a clearer focus on the model’s core strengths as a sports car than gran tourer. Which, thanks to horrible tyre roar, two seats, and a stiff ride, is non-existent.

The exhaust has finally given the big-capacity six some proper pipes, even if it doesn’t sound overly organic, and the sharpened, communicative handling is what exactly what you’d expect of a true two-seat sportster.

Although it has no real rivals at this price, there is a genuine case against a Mustang V8 here. And it still looks like it’s coming out next year. Just as well, because the 370Z Nismo’s been worth the wait. 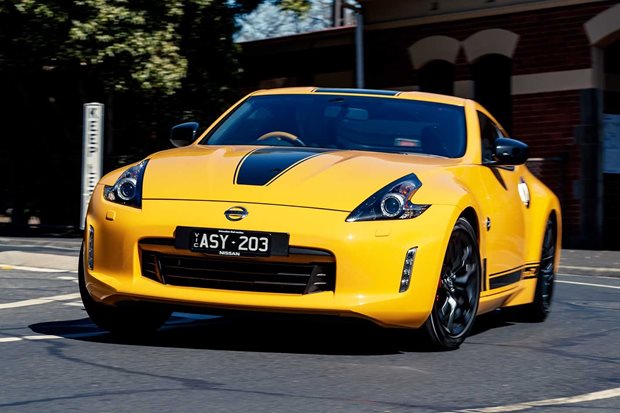 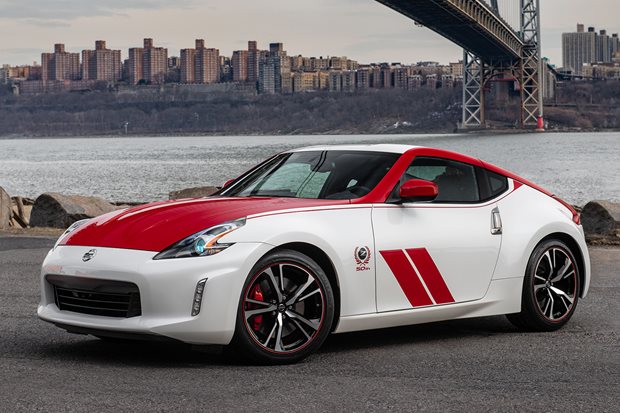 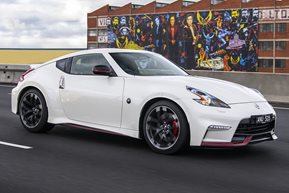 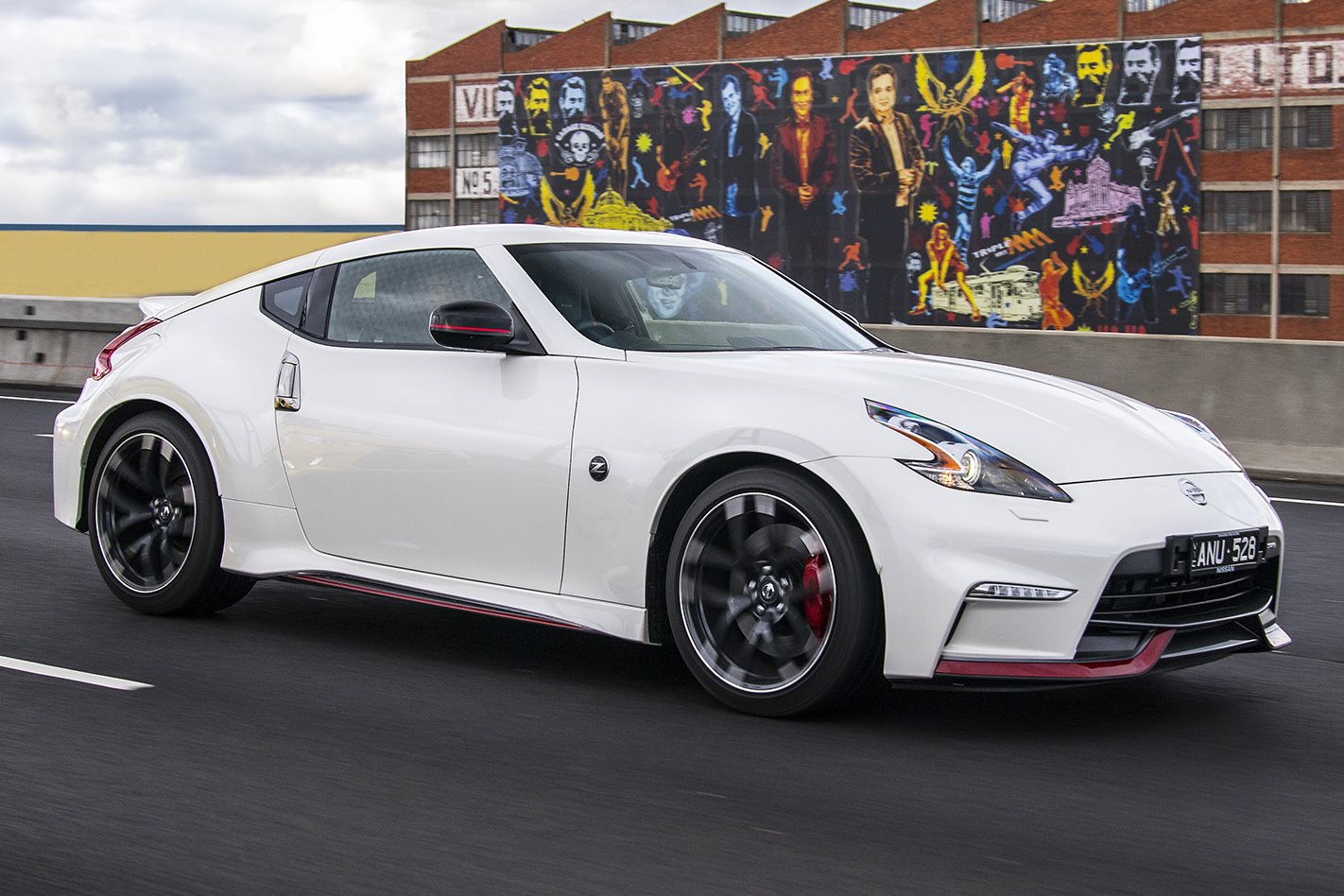 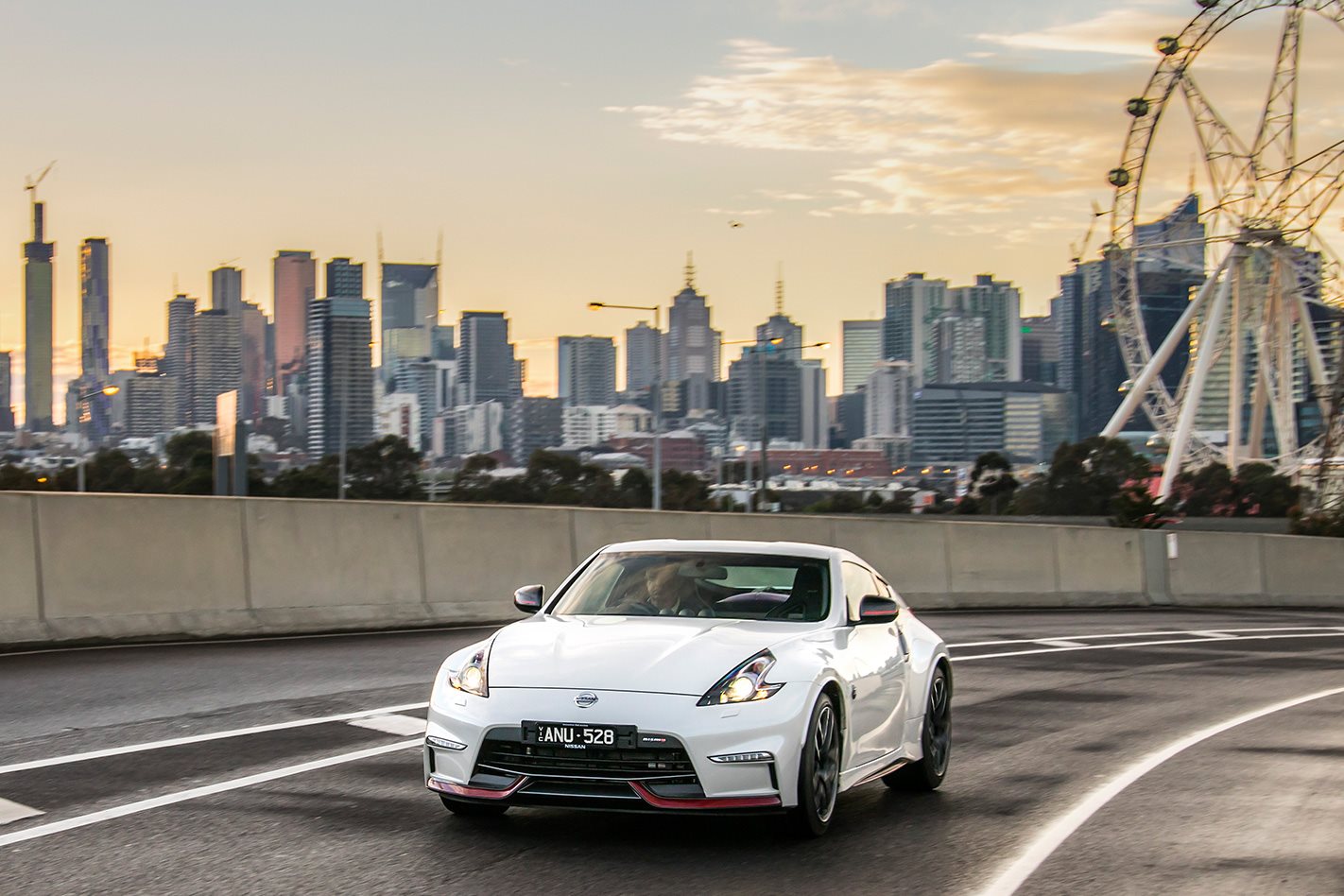 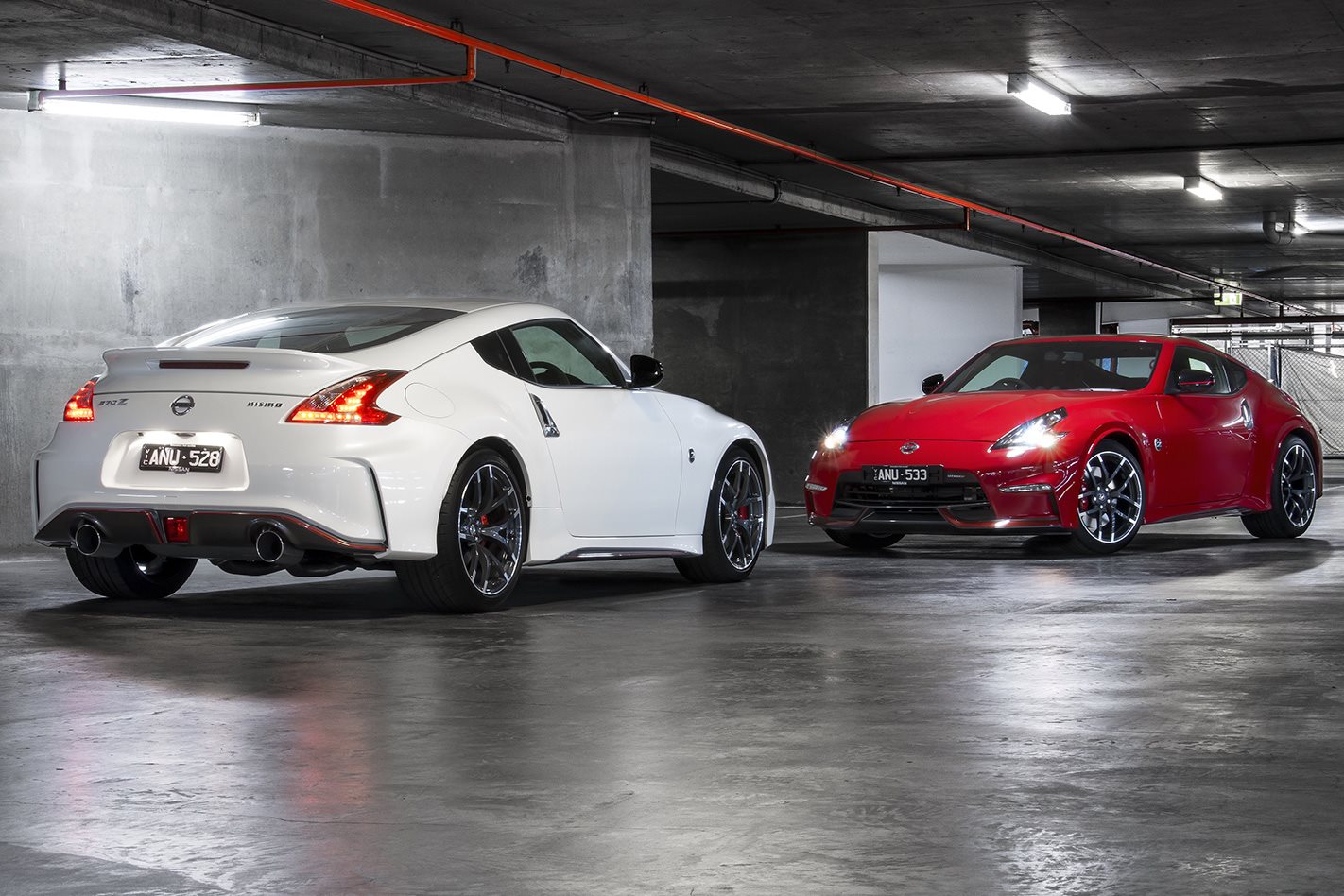 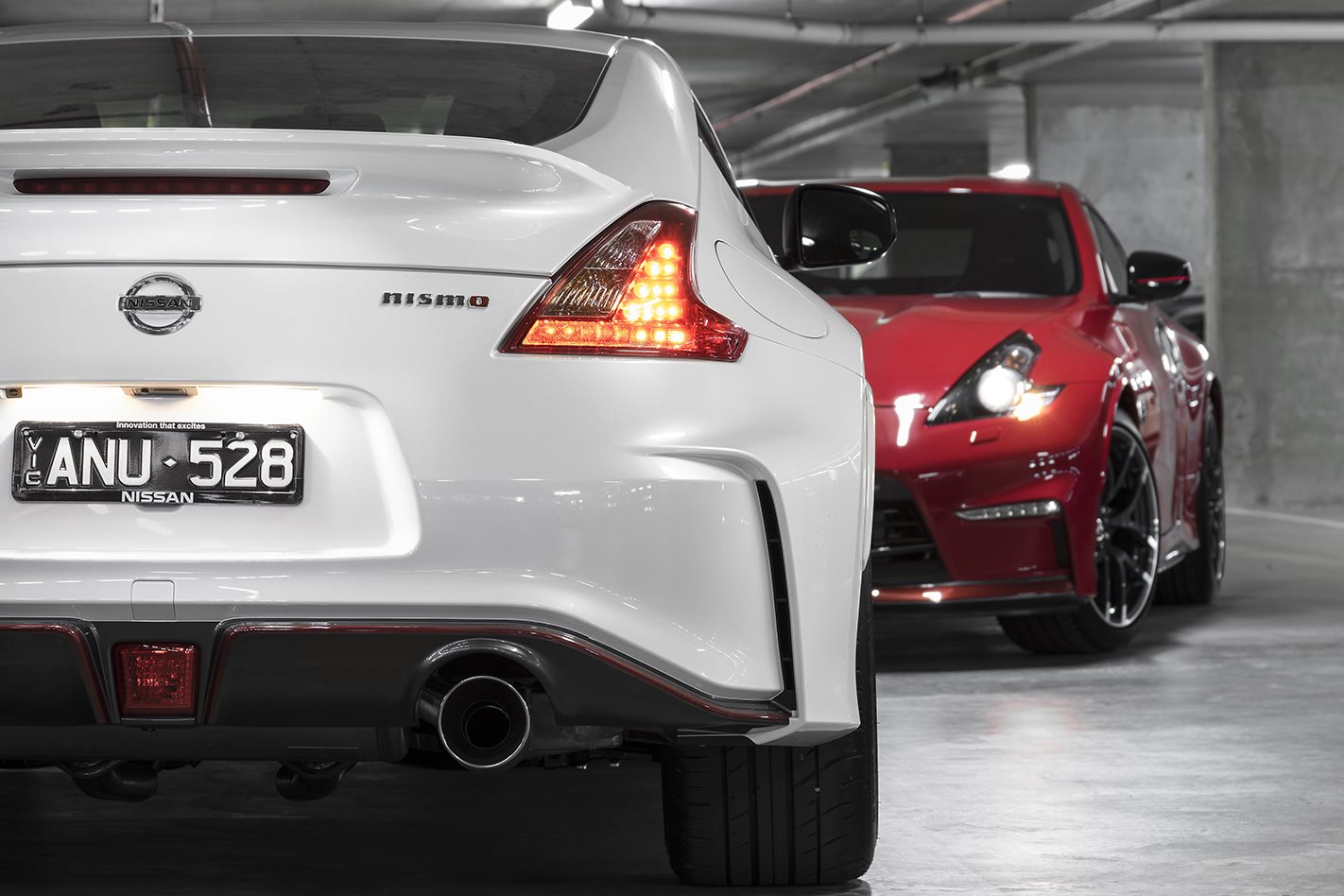 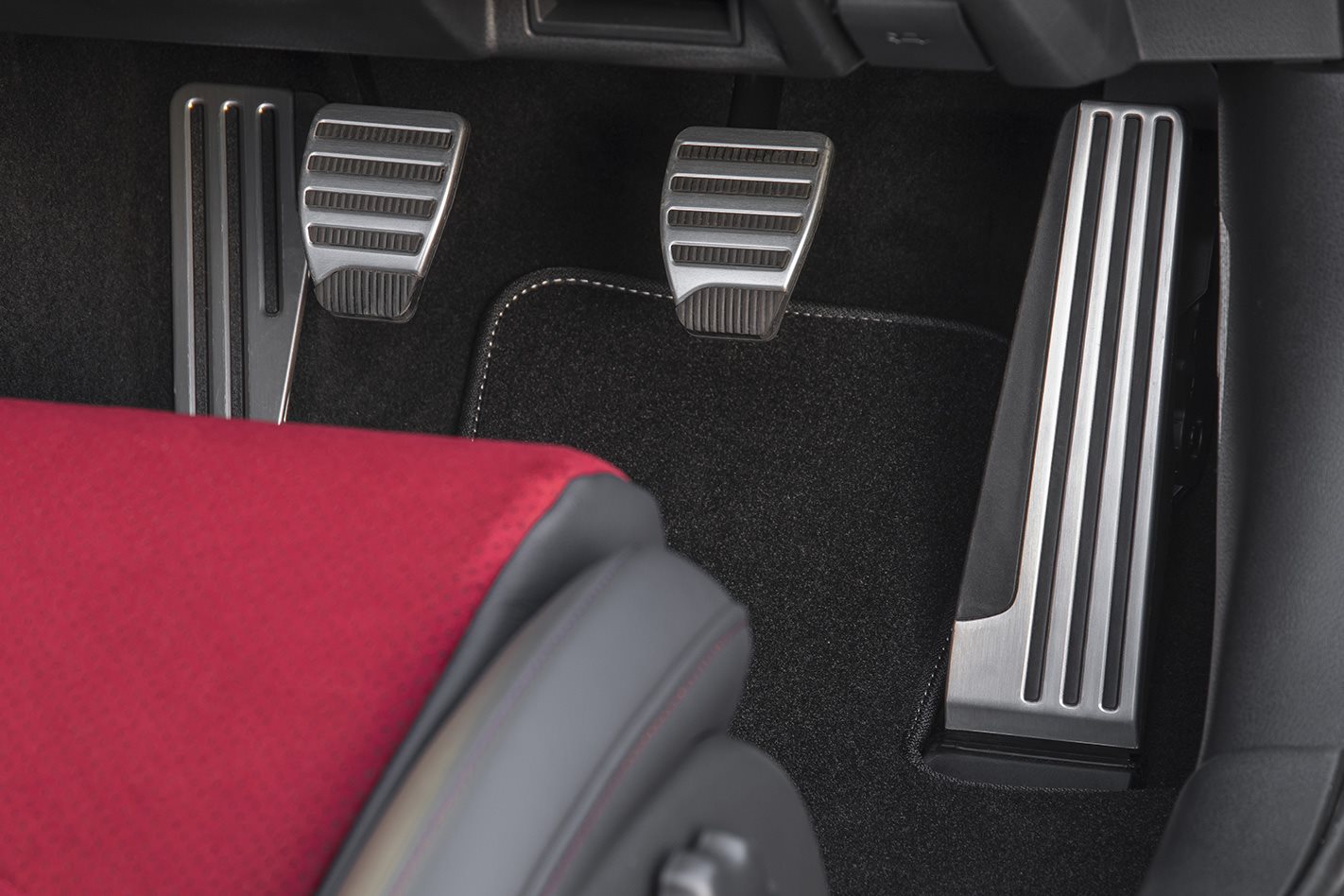 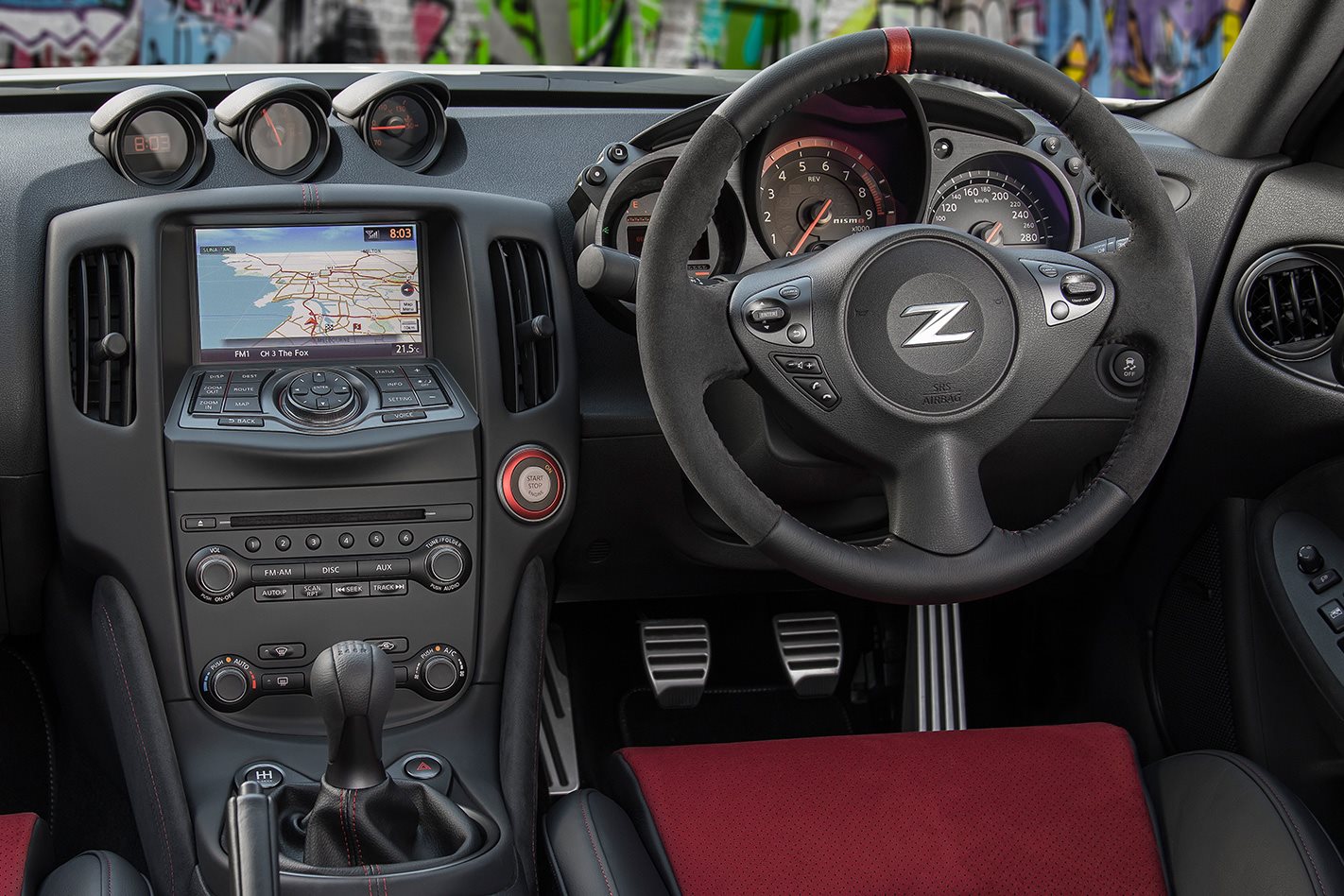 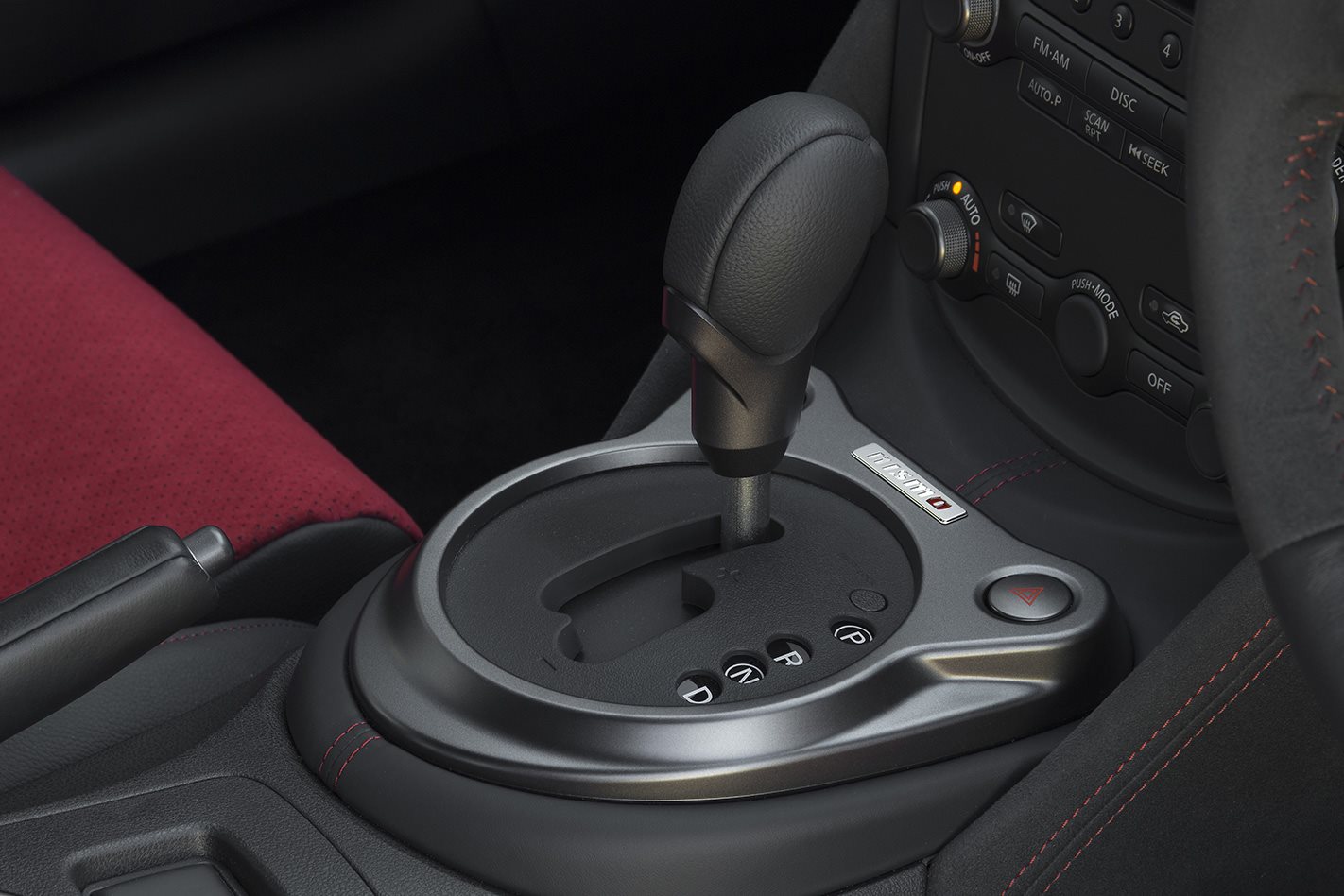 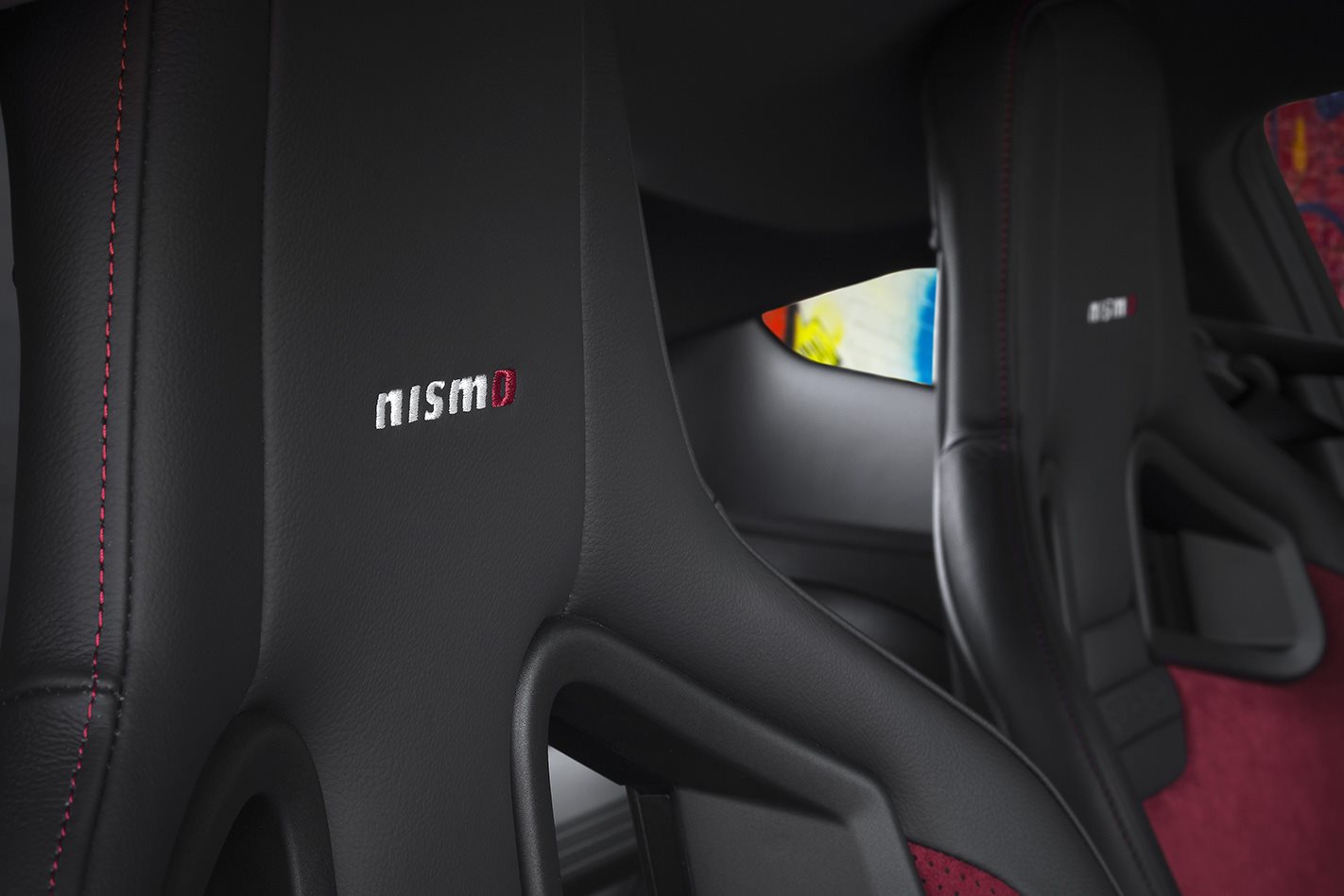 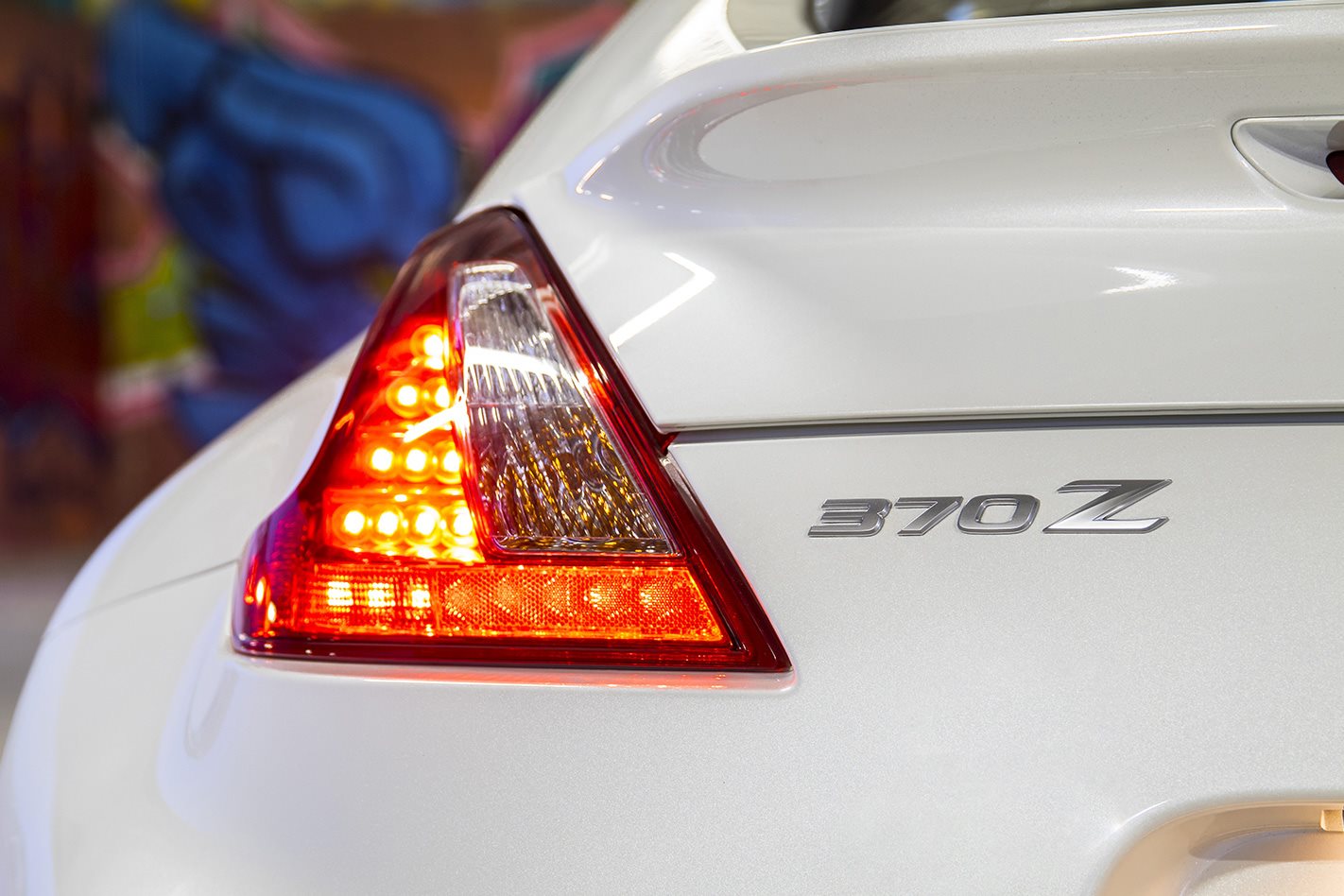 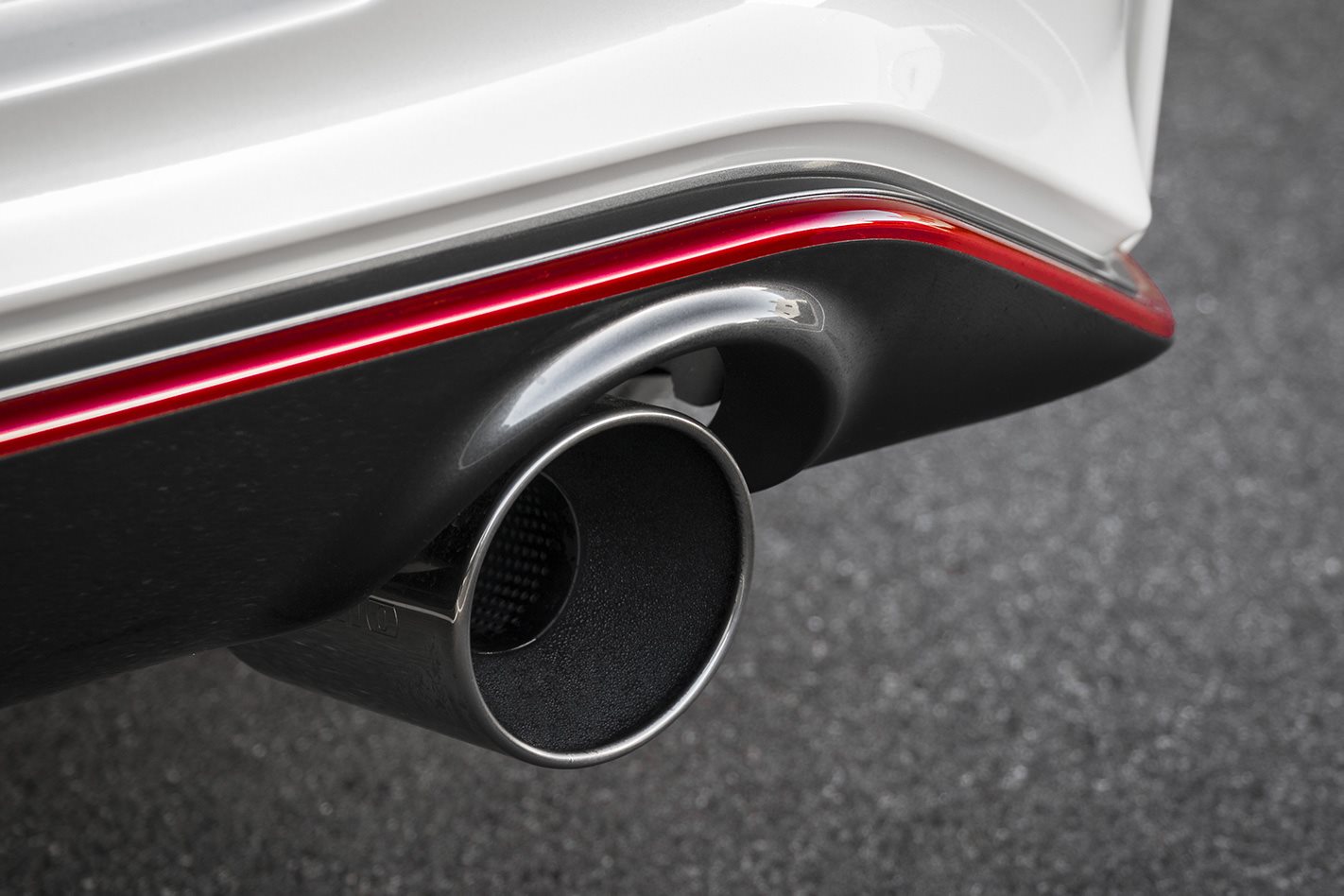 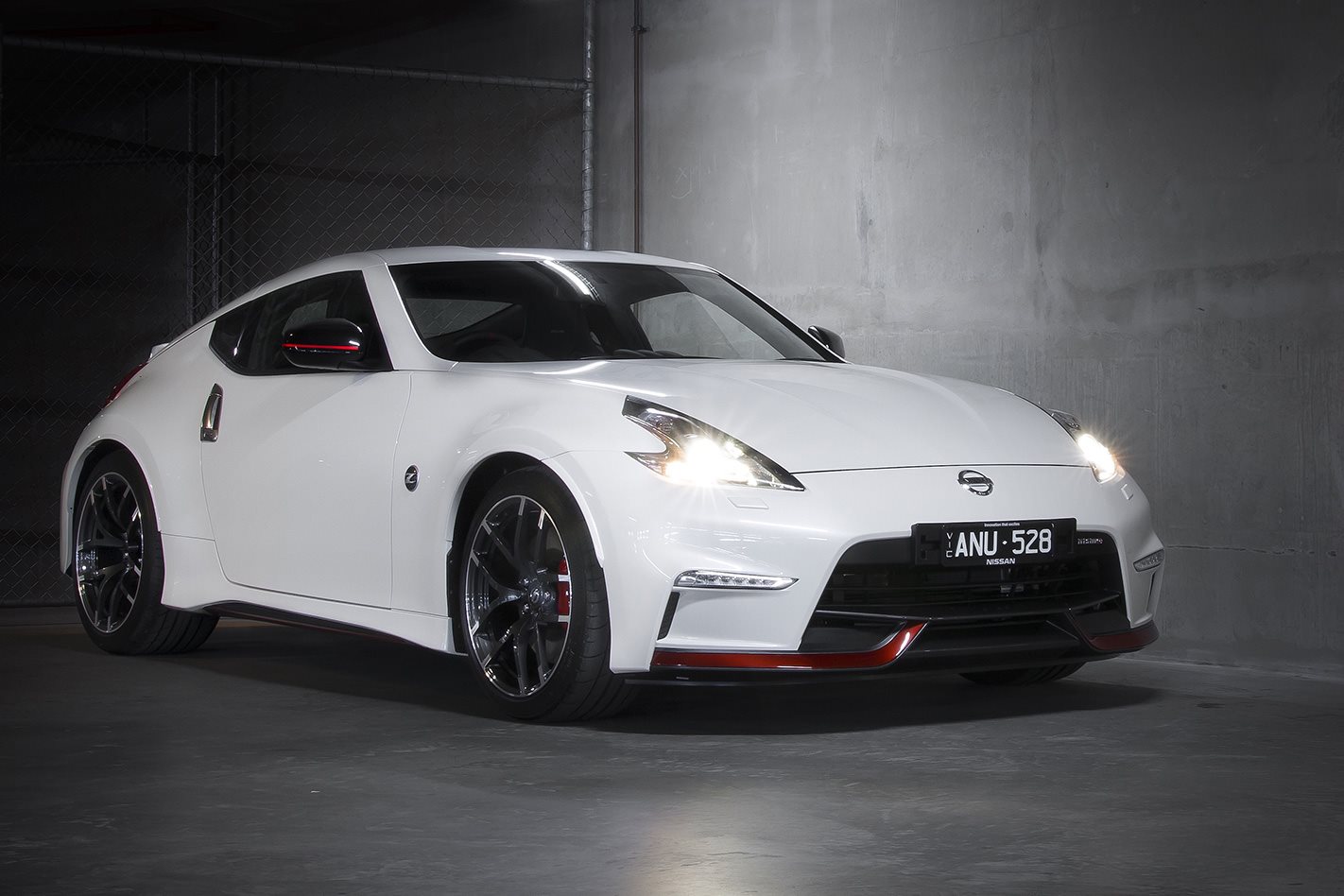 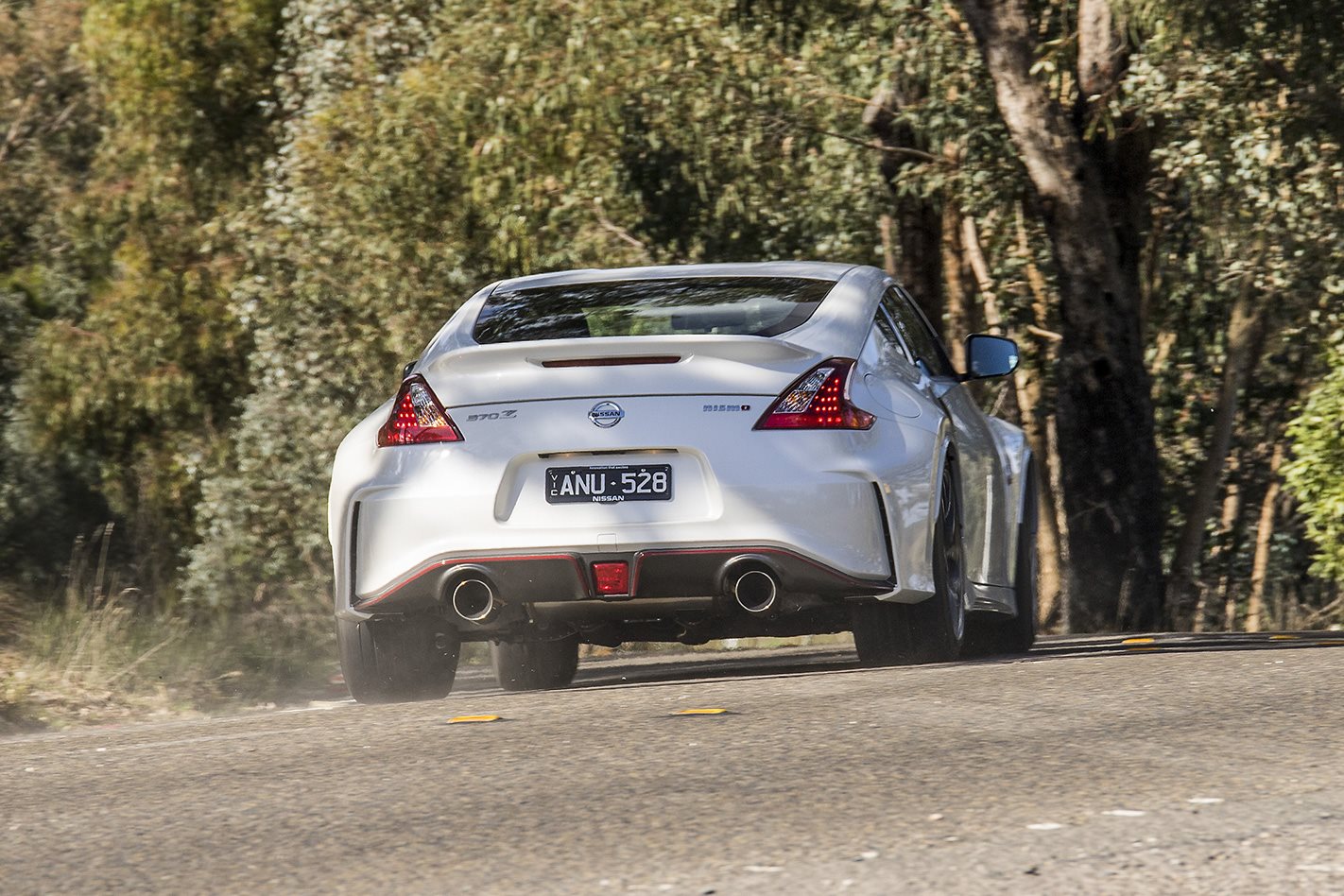 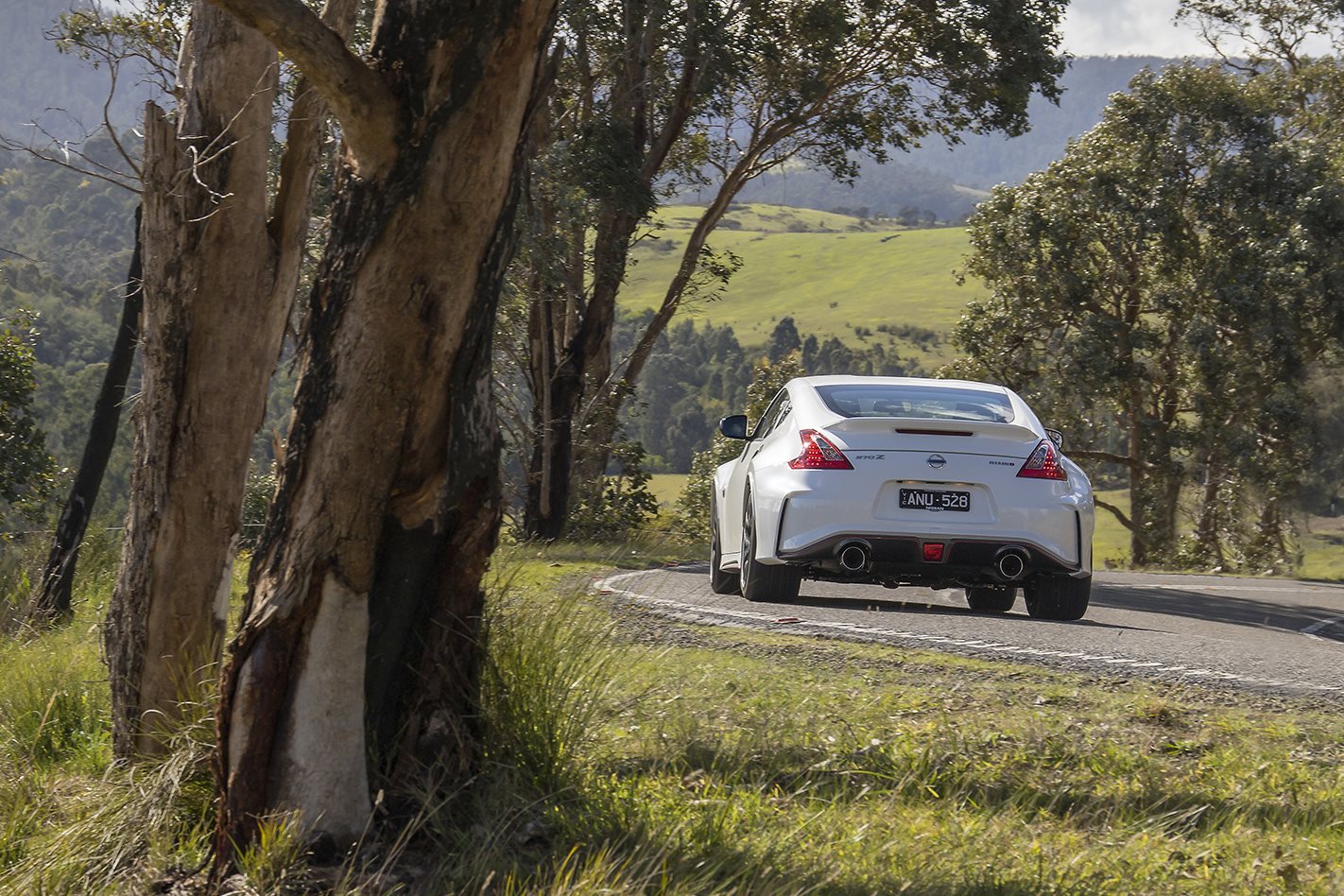 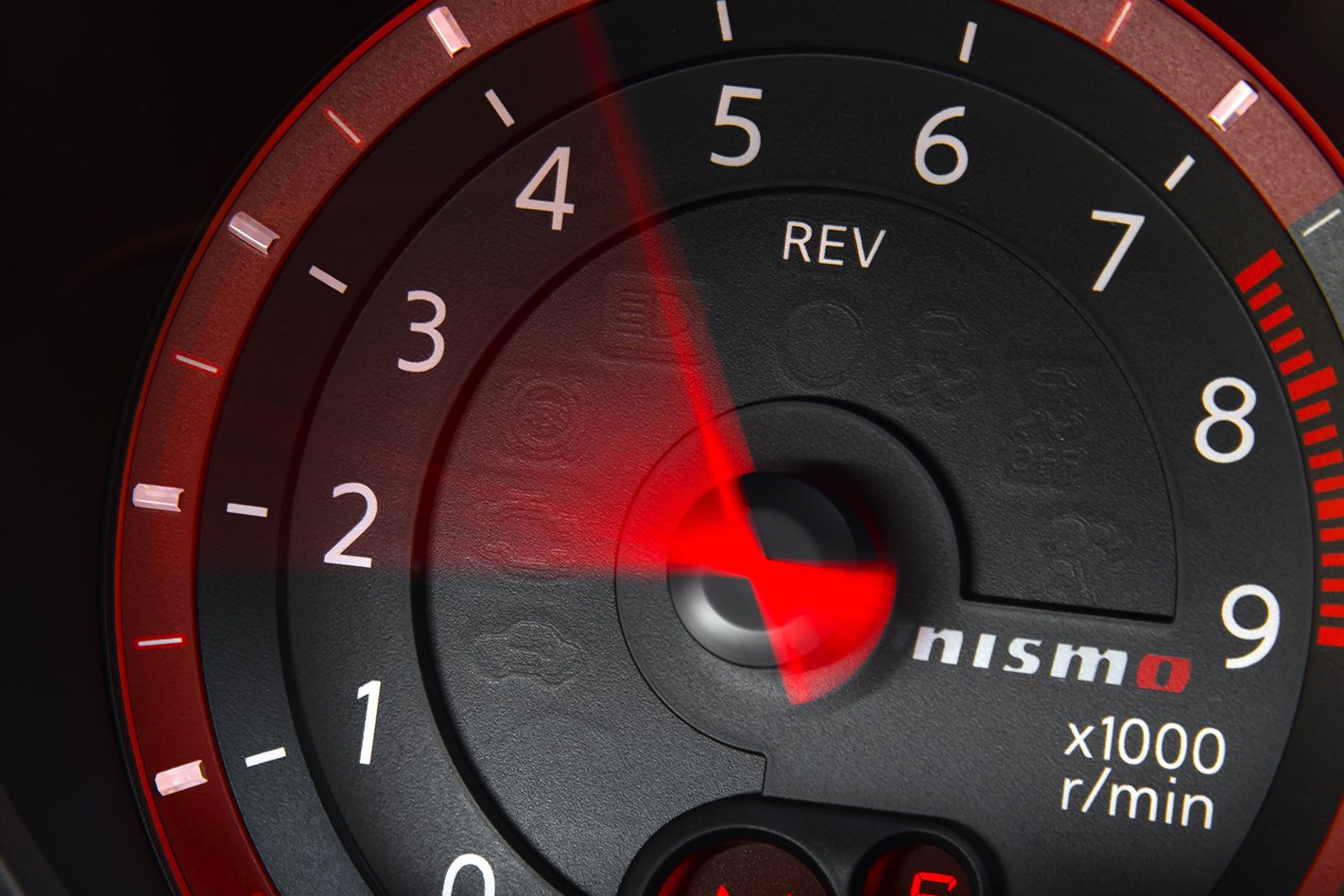 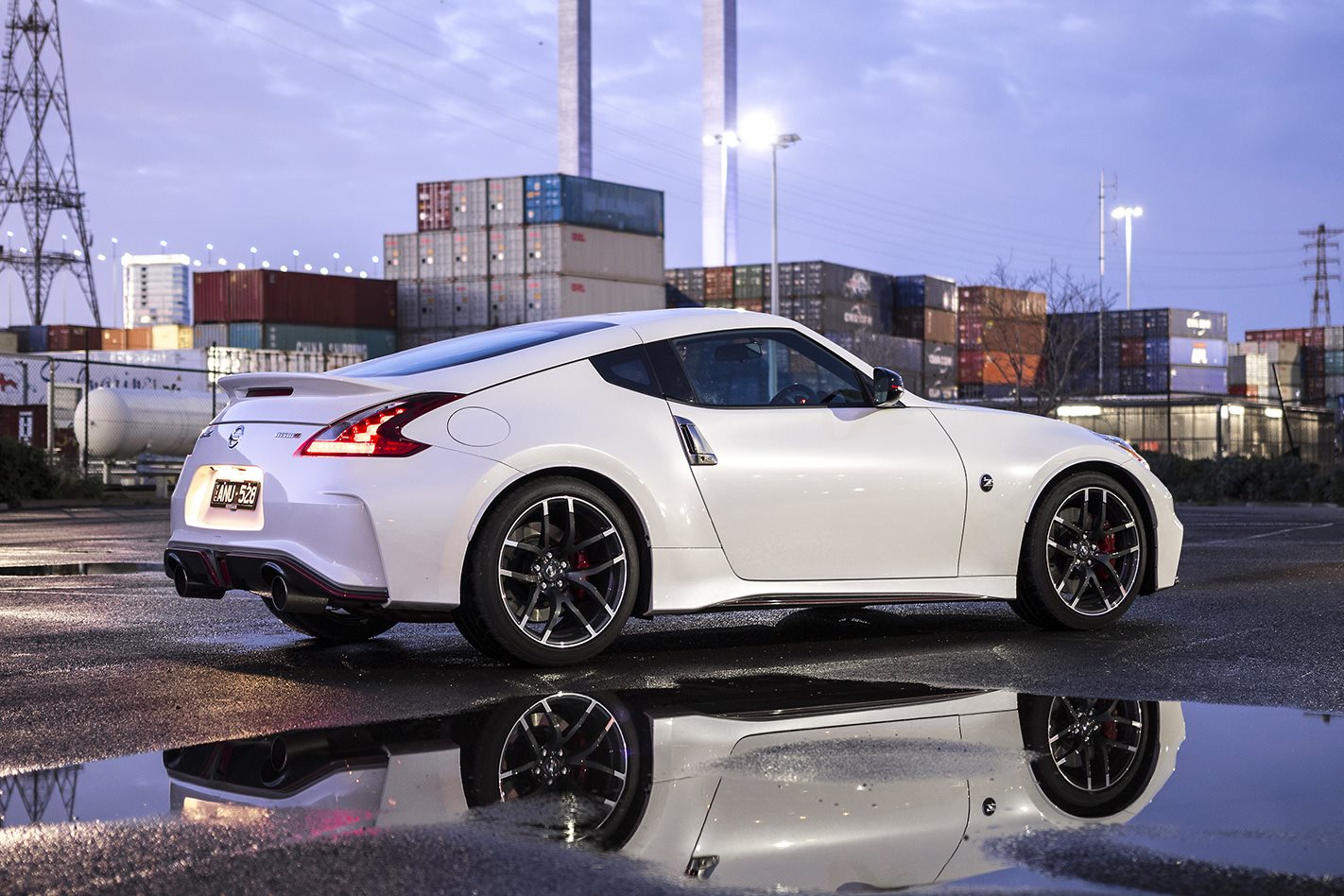 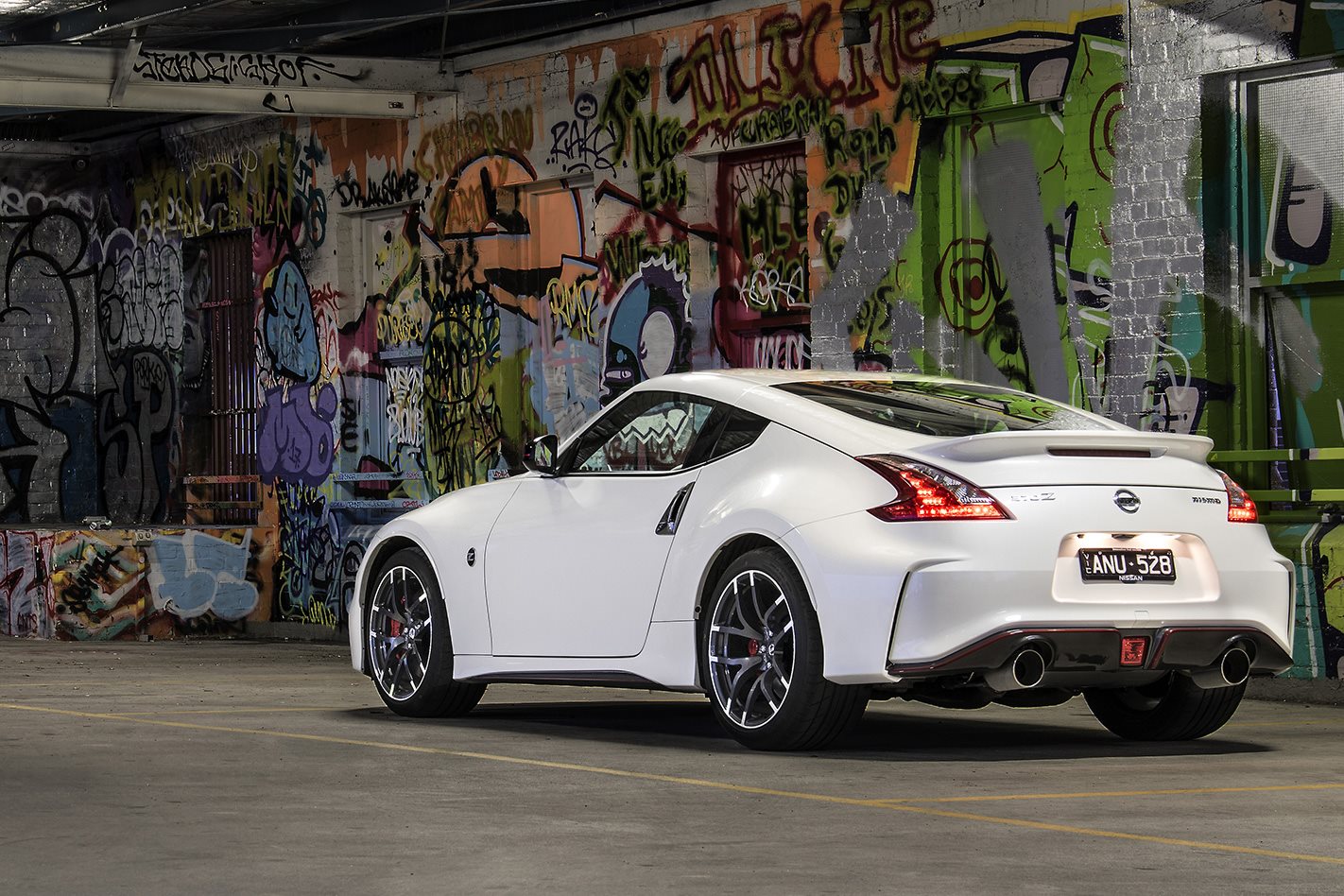