Revised suspension puts new springs in Navara’s step, at least when there’s a load on board

Revised suspension puts new springs in the Nissan Navara’s step, at least when there’s a load on board.

The second update to Nissan’s workhorse Navara, previously known as the Navara NP300, but now referred to simply as Navara. The focus for this upgrade was squarely on the chassis.

For the second time since its arrival in 2015, Nissan has attacked the suspension to improve its load carrying ability. 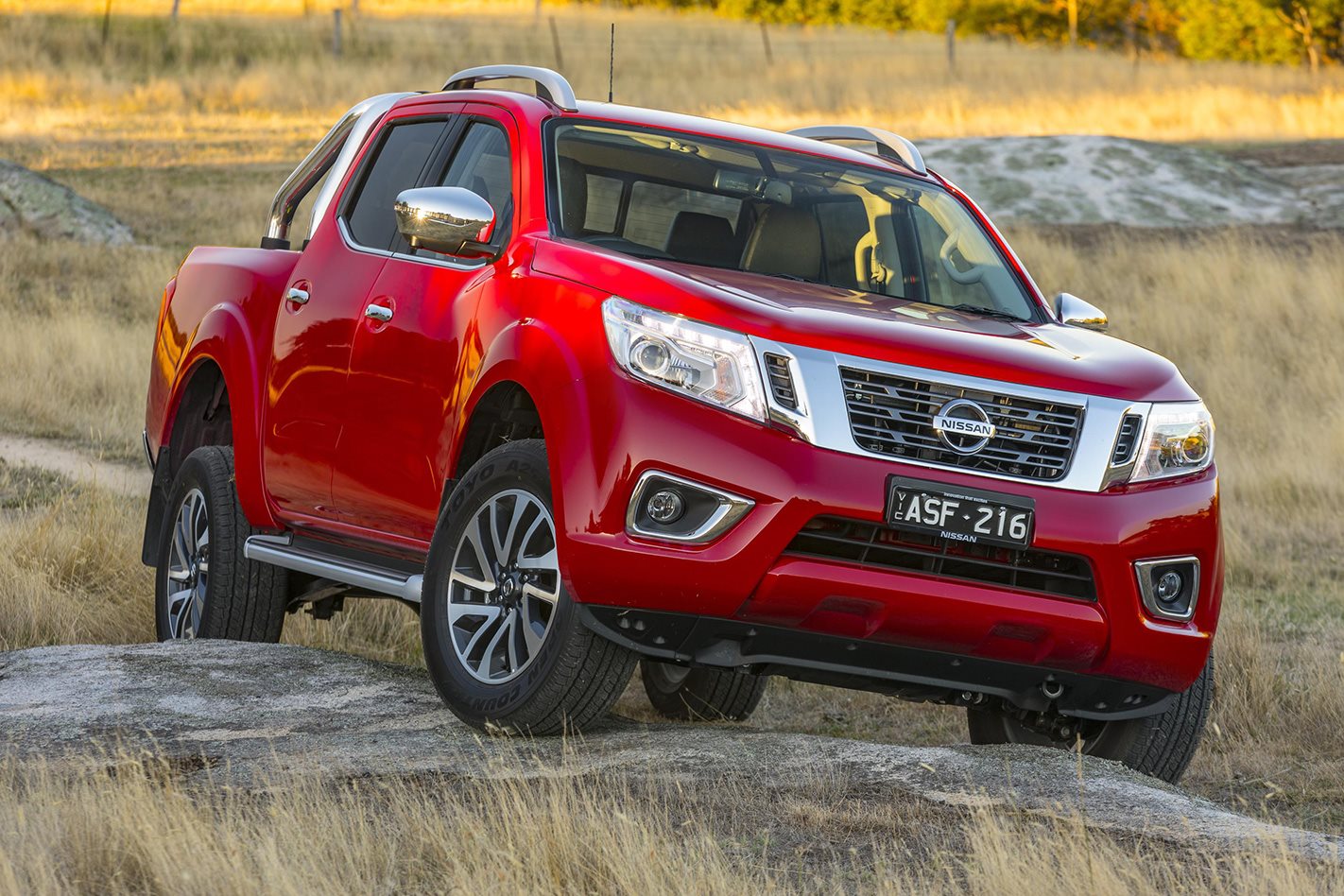 A much-needed evolution makes the latest Navara better at doing things people expect utes to do. It hasn’t transformed the dual-cab in everyday driving, but in what is still very much a commercial vehicle the biggest benefits are found with a load on board. 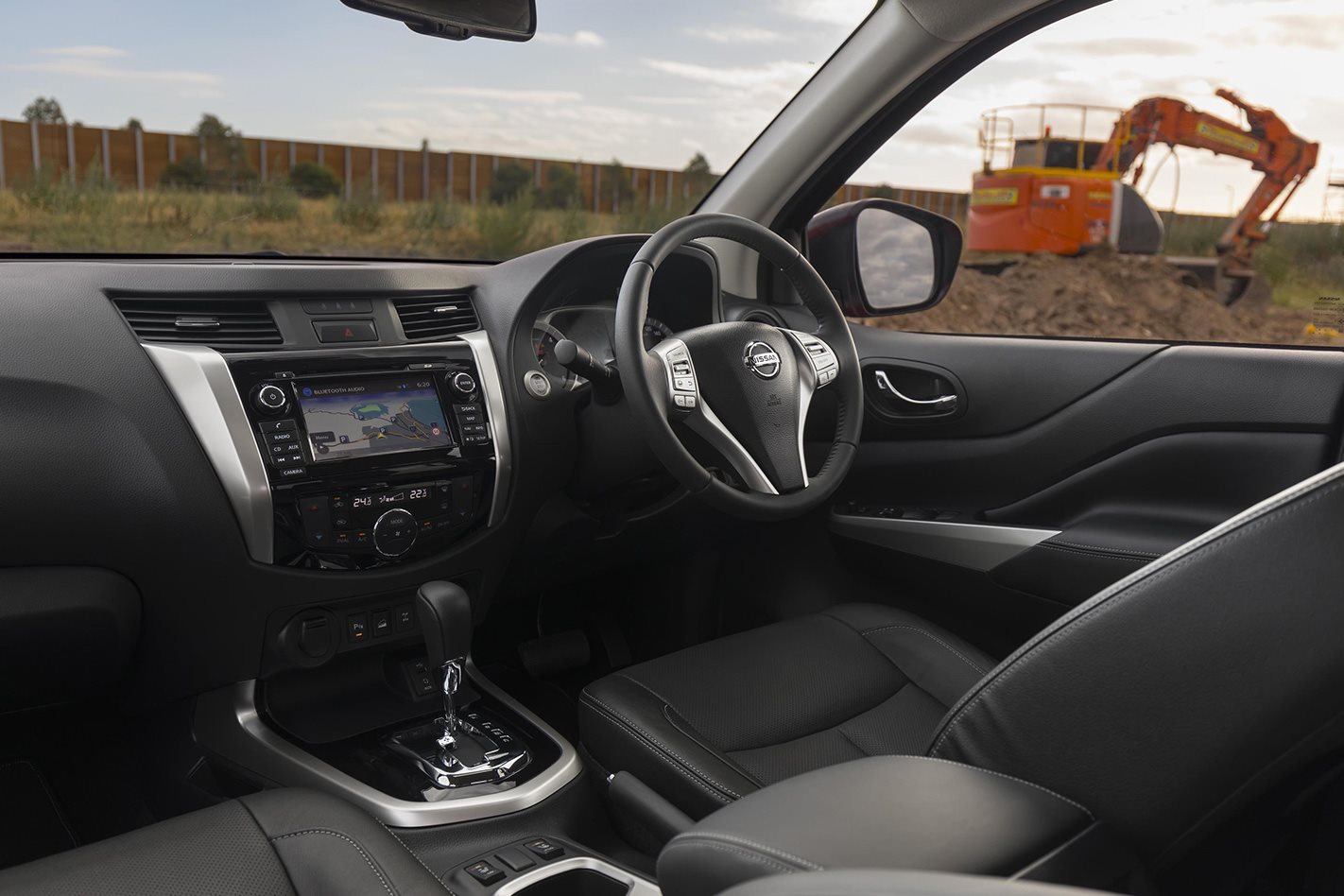 PLUS: Rear suspension much improved for load carrying; torquey and strong bi-turbo diesel
MINUS: Getting it right shouldn’t have taken this long; active safety gear still missing.

IT’S A case of blink and you might miss it when it comes to the latest updates to the Nissan Navara dual-cab. From the outside, there are no changes to the D23, the bluff dual-cab soldiering on without so much as a new badge.

The grunty 2.3-litre twin-turbo four-pot diesel matched to a decent seven-speed auto is also unchanged, which is no bad thing. A six speed-manual continues to be available on much of the line-up for a saving of around $2500.

But anyone who crawls underneath may notice some nifty new springs in the back-end, the first of numerous chassis changes aimed at making the Navara better at doing things that utes do, namely towing and carrying loads. 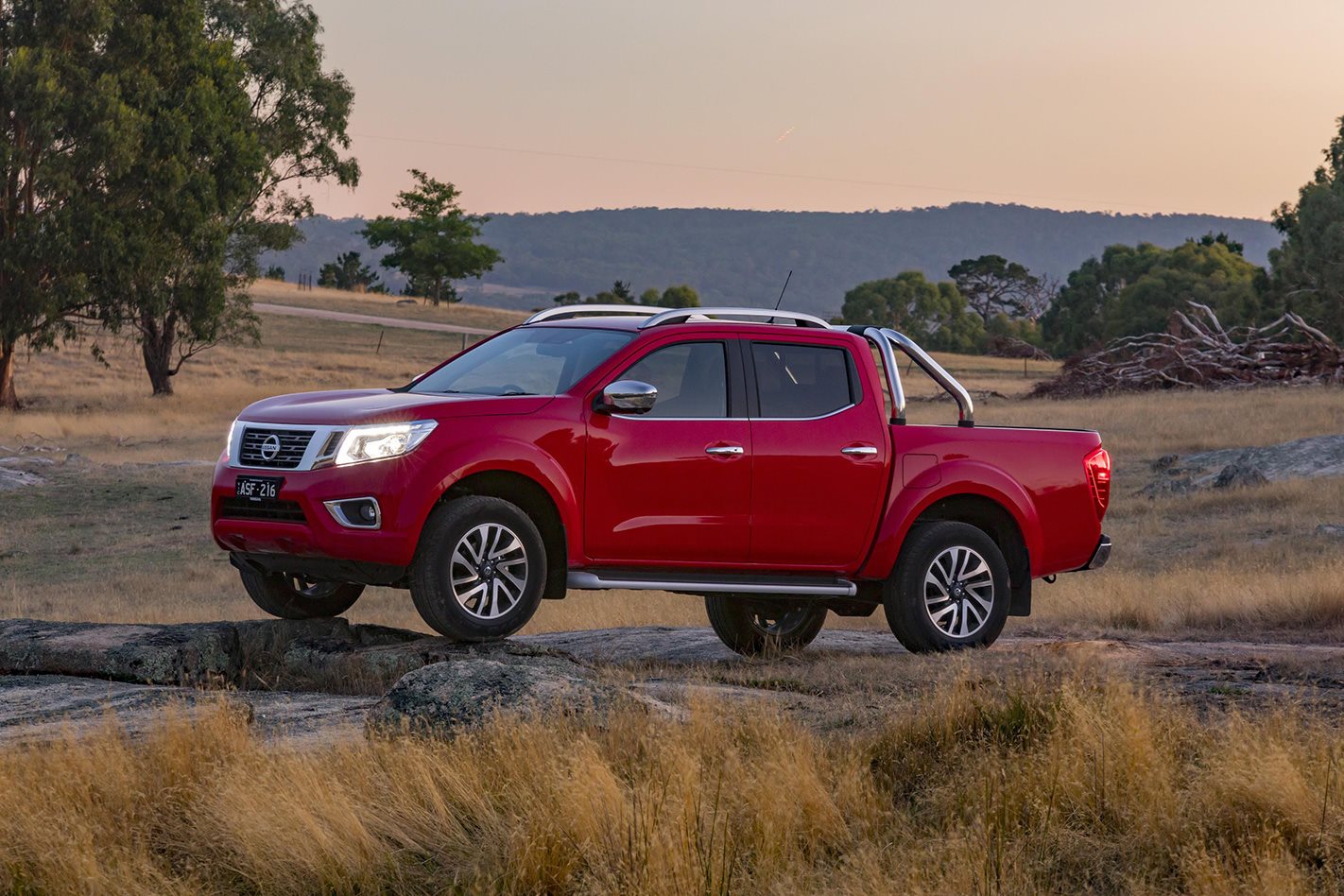 Remember, until the imminent arrival of the Mercedes-Benz X-Class, the Navara is the only pick-up with coils instead of leaves out back. Hey, in the ute world, it’s a big deal. It was also something of a flop, as the coils were unable to deal with a decent load, all but guaranteeing wayward handling.

Now Nissan has become serious and sent out a team of engineers to liaise with the local product specialists for an Australia-specific tune aimed at returning the Navara to some of its former glory.

It’s worth mentioning that Nissan has built 200m of Australian-inspired road into its Tochigi proving ground in Japan with the aim of ensuring future models are better engineered for our roads. 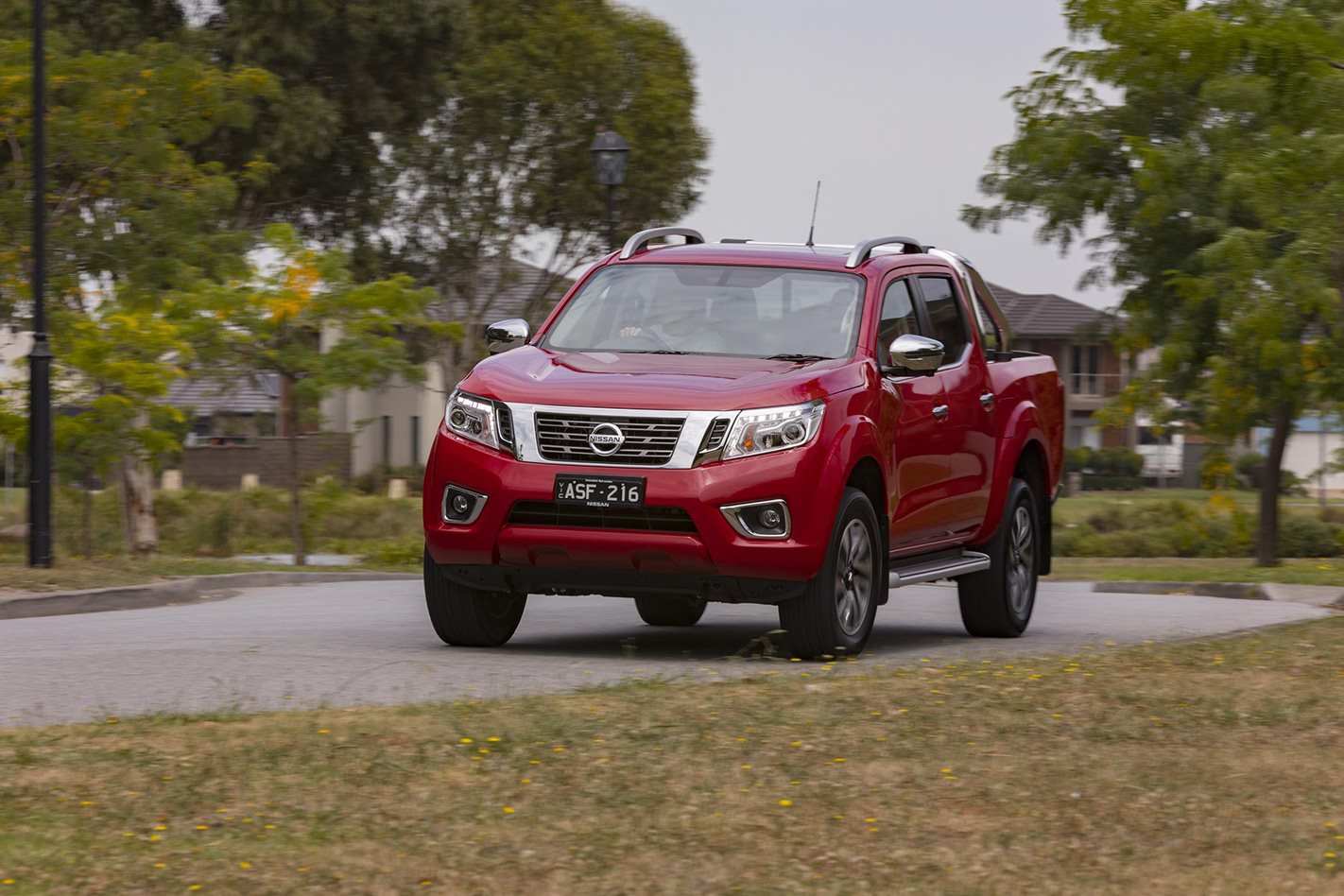 However, engineers say they will still head Down Under for local testing to ensure the D23 Navara saga is not repeated.

Accompanying the new progressive ‘dual-pitch’ rear springs is a revised tune for the front suspension including new dampers, and tweaked steering, the latter down from 4.1 turns lock-to-lock to 3.4.

The steering alone makes the Navara a much nicer thing to pilot on a back road, the sharper response unlikely to be mistaken for anything other than a ute, but vastly more palatable than the keep-turning approach that was previously required.

Unladen, there’s still plenty of shaking and jiggling on anything but perfect hotmix – that’s par for the course in this class. But once you throw a hefty payload in the back, the revised suspension is transformed. The body is much better controlled and there’s less chance of reaching the extremes of travel, all of which makes the updated Navara a much better jigger for those who plan to actually use the tray. 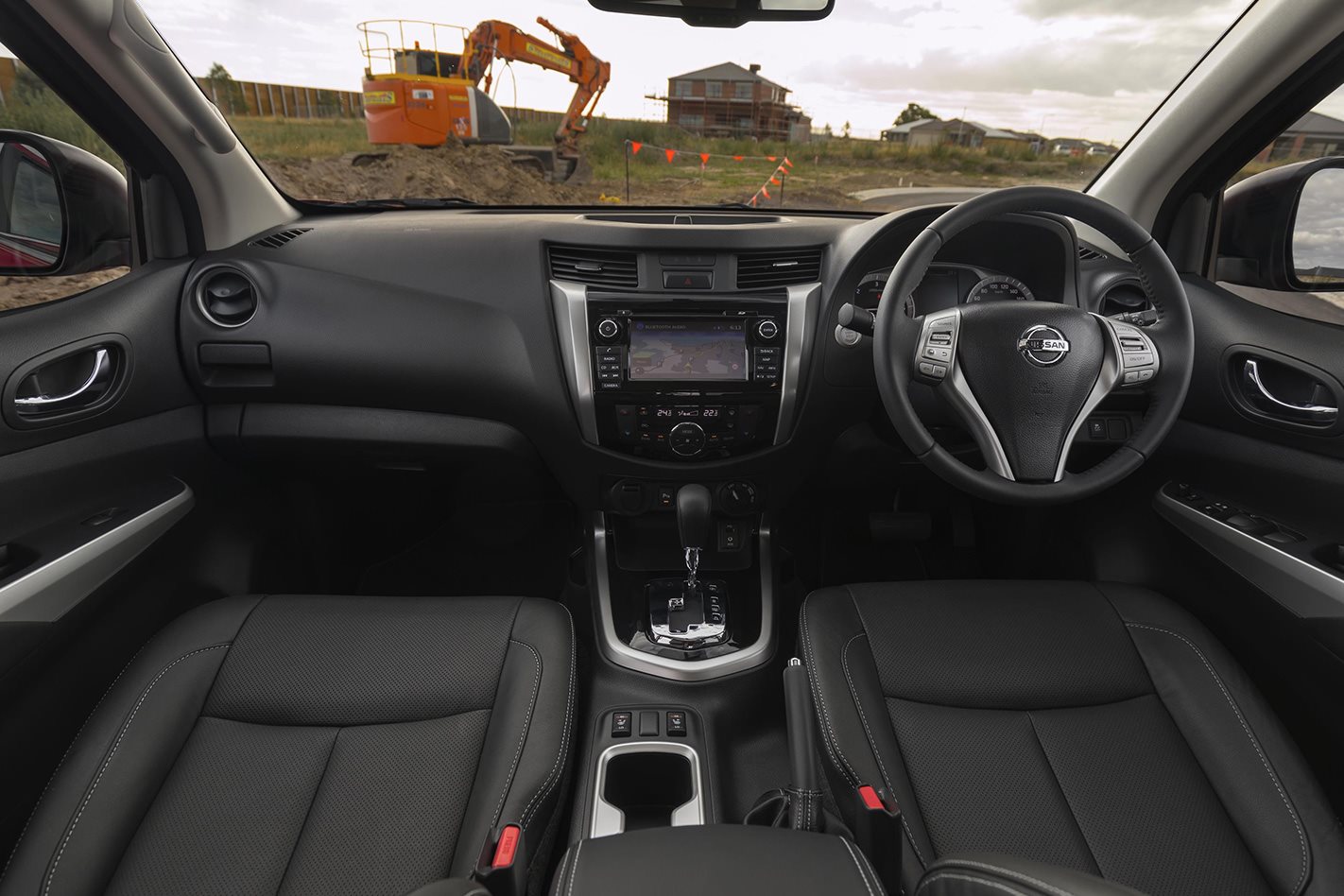 Elsewhere, for the first time on a Navara, an Around View monitoring system utilising four cameras has been fitted within the 7.0-inch infotainment system on top-spec ST-X Dual Cab and King Cab grades.

Other useful upgrades include a digital speedo in all SL, ST and ST-X models, and the addition of two ISOFIX child seat mounting points to the outer rear seats on all Dual Cab grades. Oh, and sat-nav is now standard equipment on the King Cab ST grade, aligning with its Dual Cab sibling.

As for pricing, the movement is minimal; up by between $200 and $500, depending on model.
But the real pay-off is underneath, where finally, the D23 Navara has the chassis set-up it should have received in 2015. 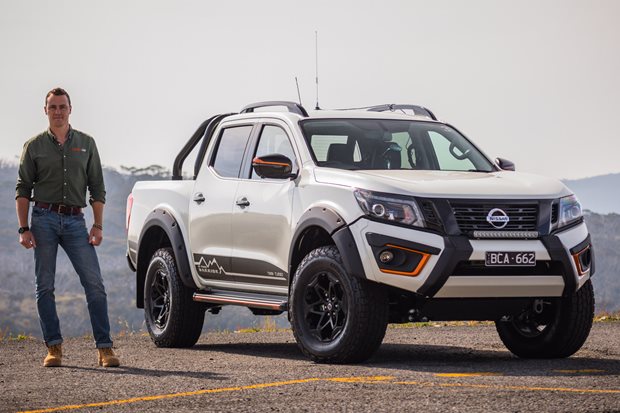 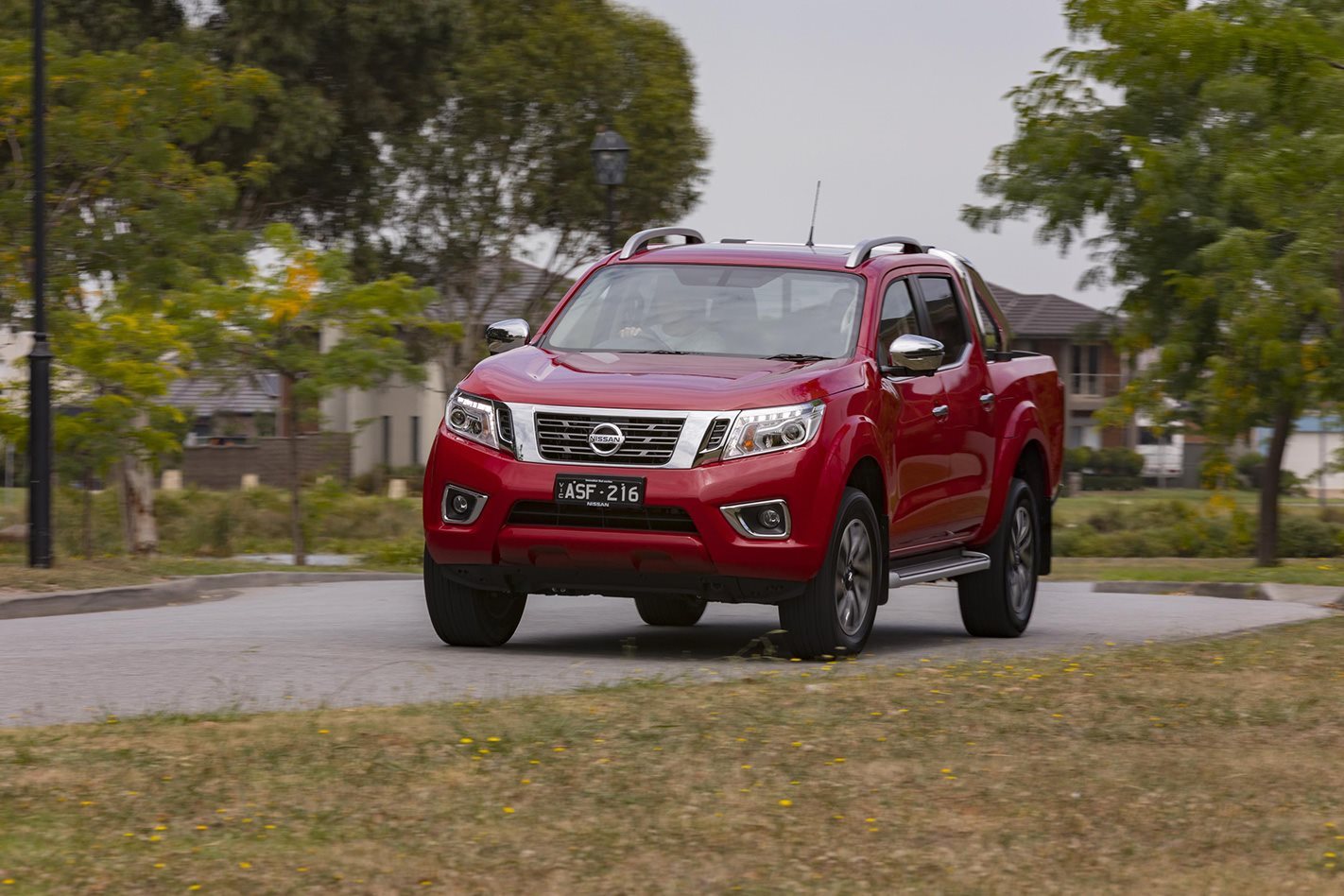 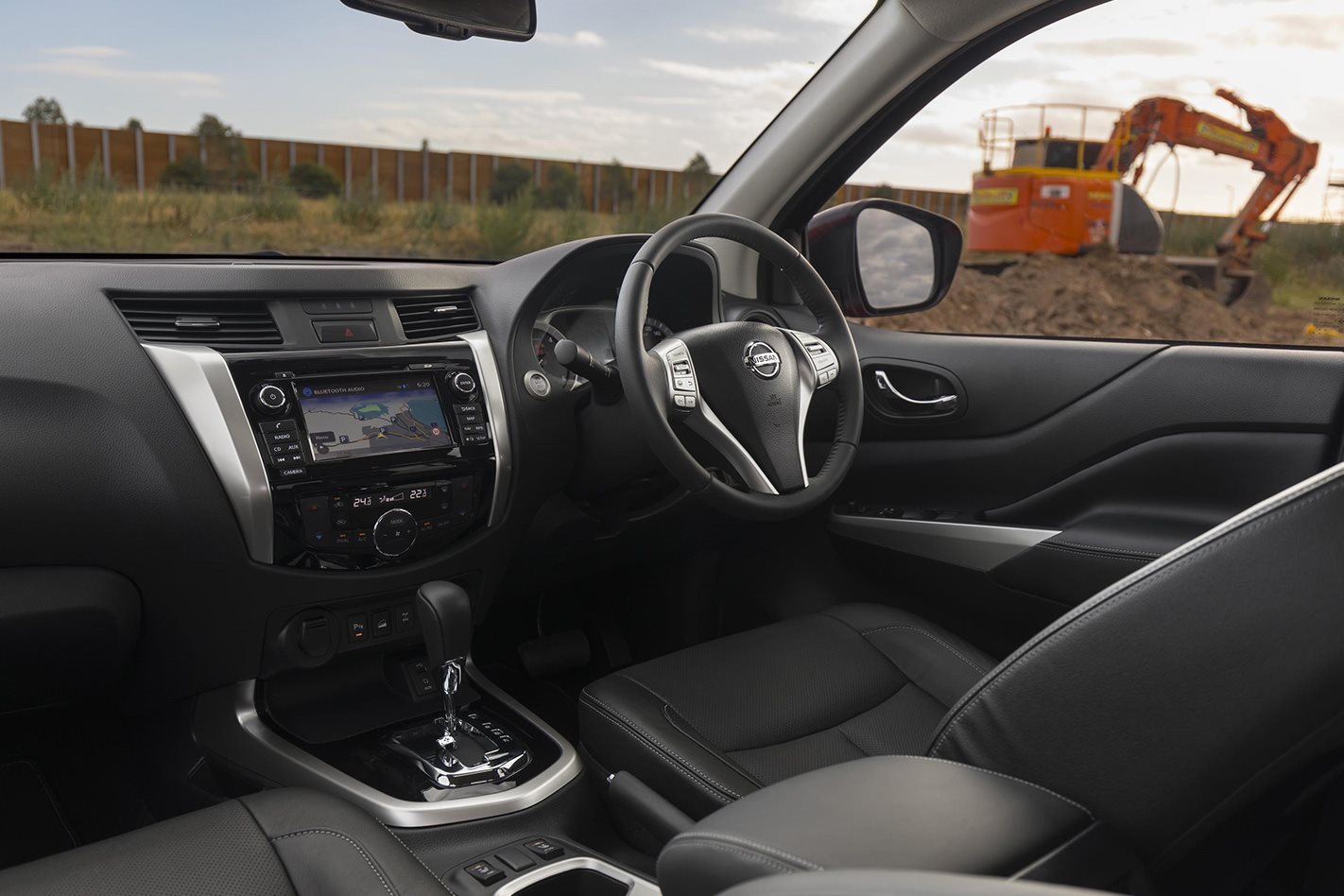 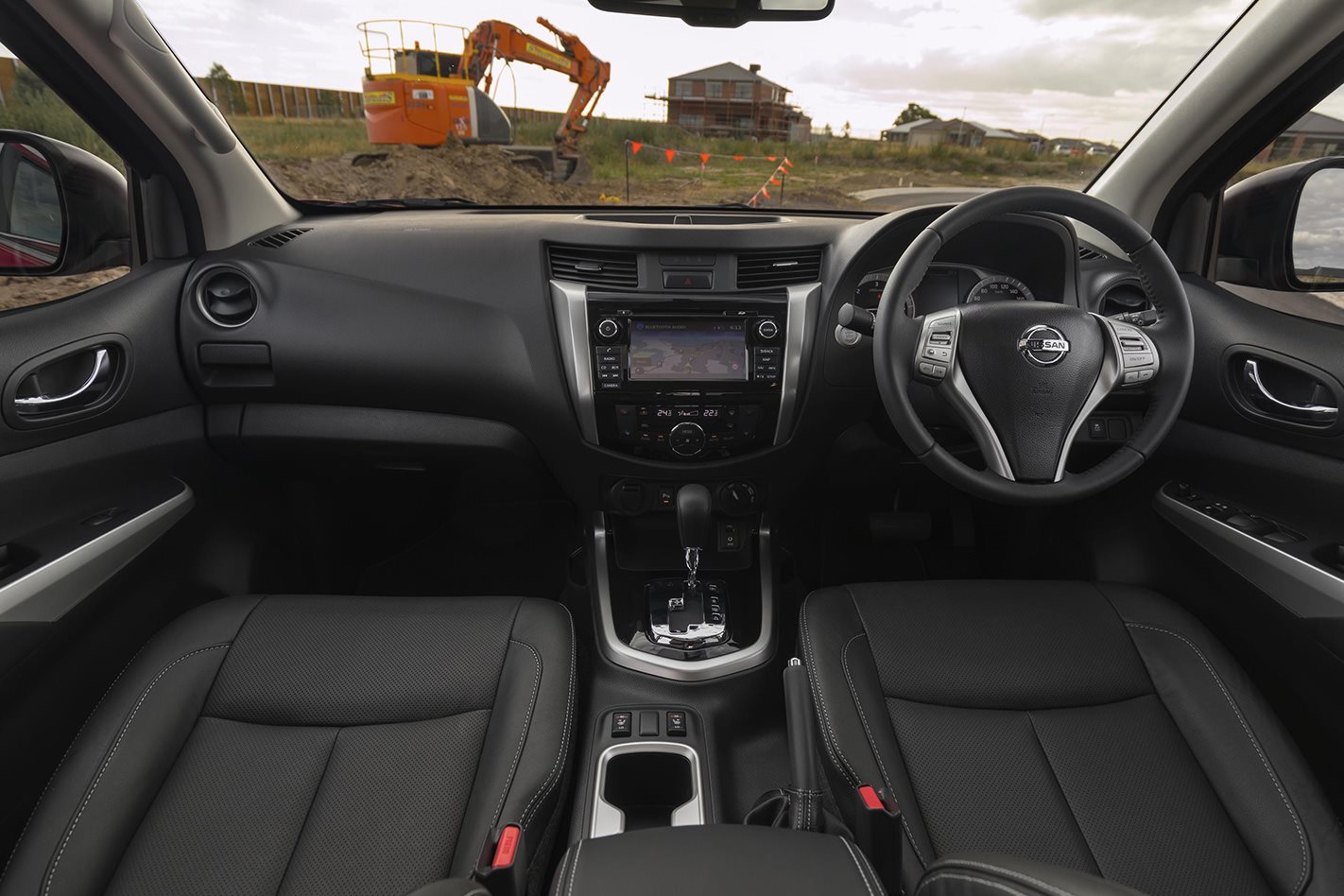 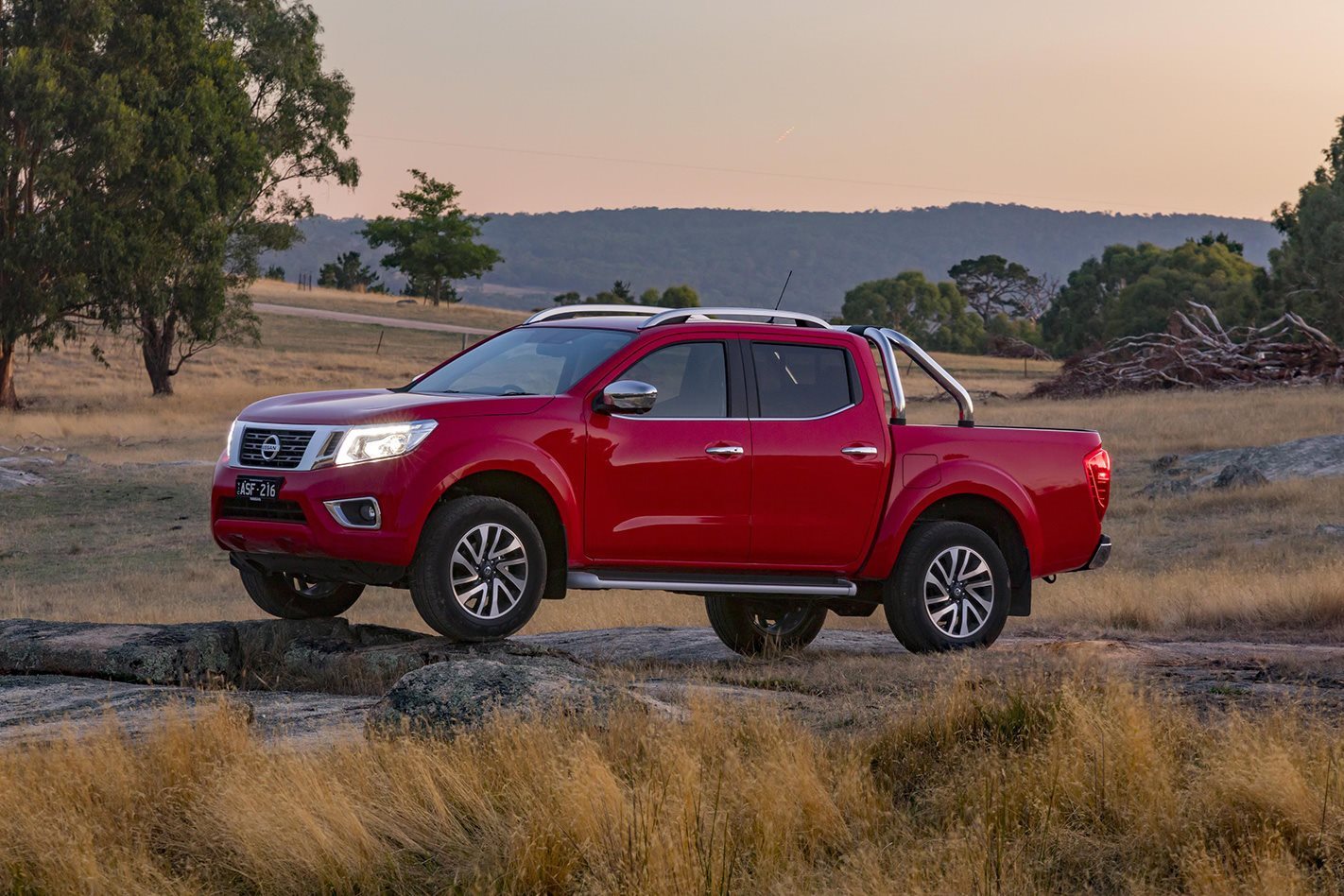 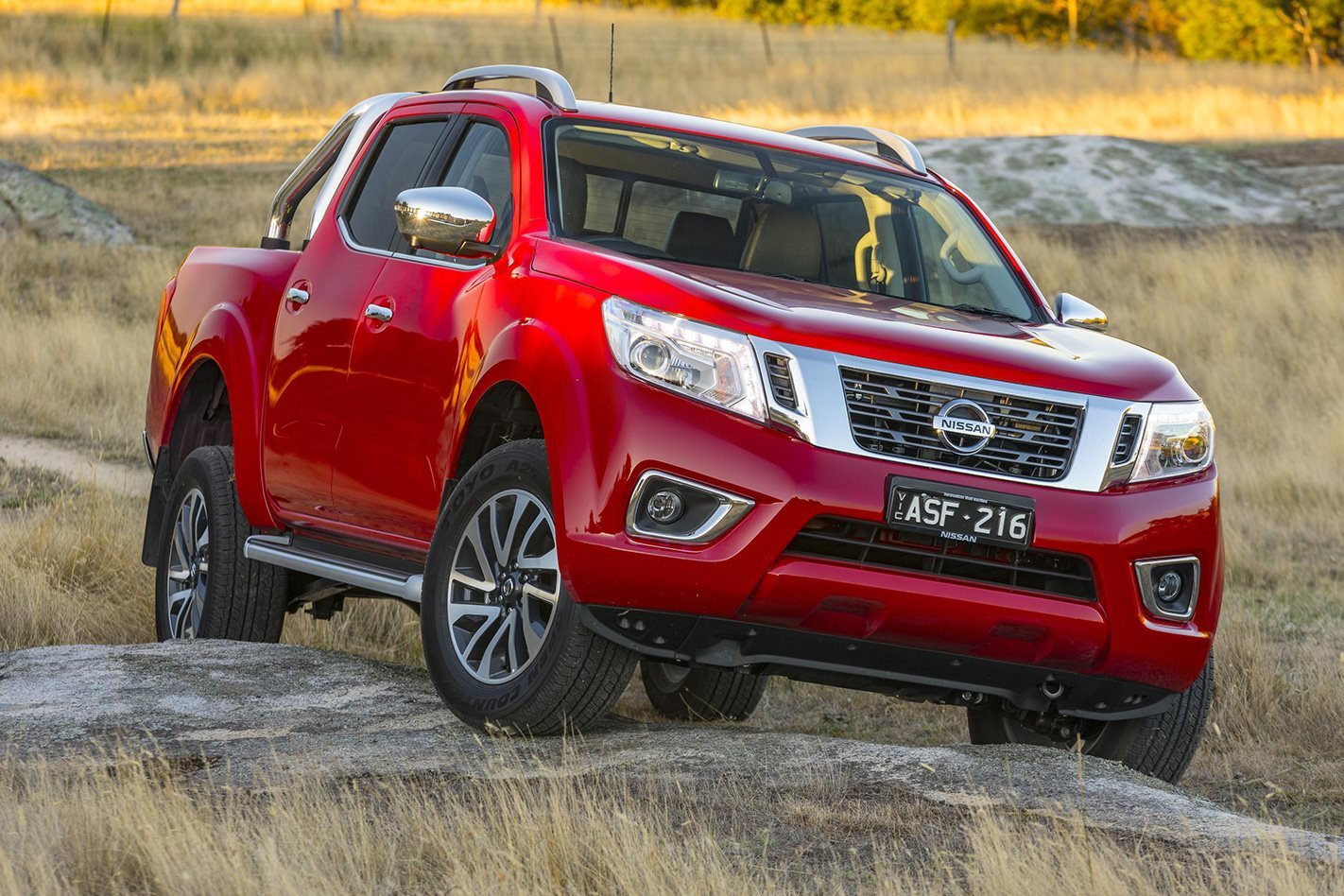