Okay, so you can’t buy a Porsche Mission E yet (not till probably the of end of 2019, anyway). But in the meantime, the Panamera Turbo S E-Hybrid Sport Turismo (say that three times) might be a pretty good stop-gap.

The new Panamera flagship is one of those kitchen-sink jobs (hence the very l-o-n-g name) and its job is to coax new buyers over the hybrid line. Let me break that name down for you. 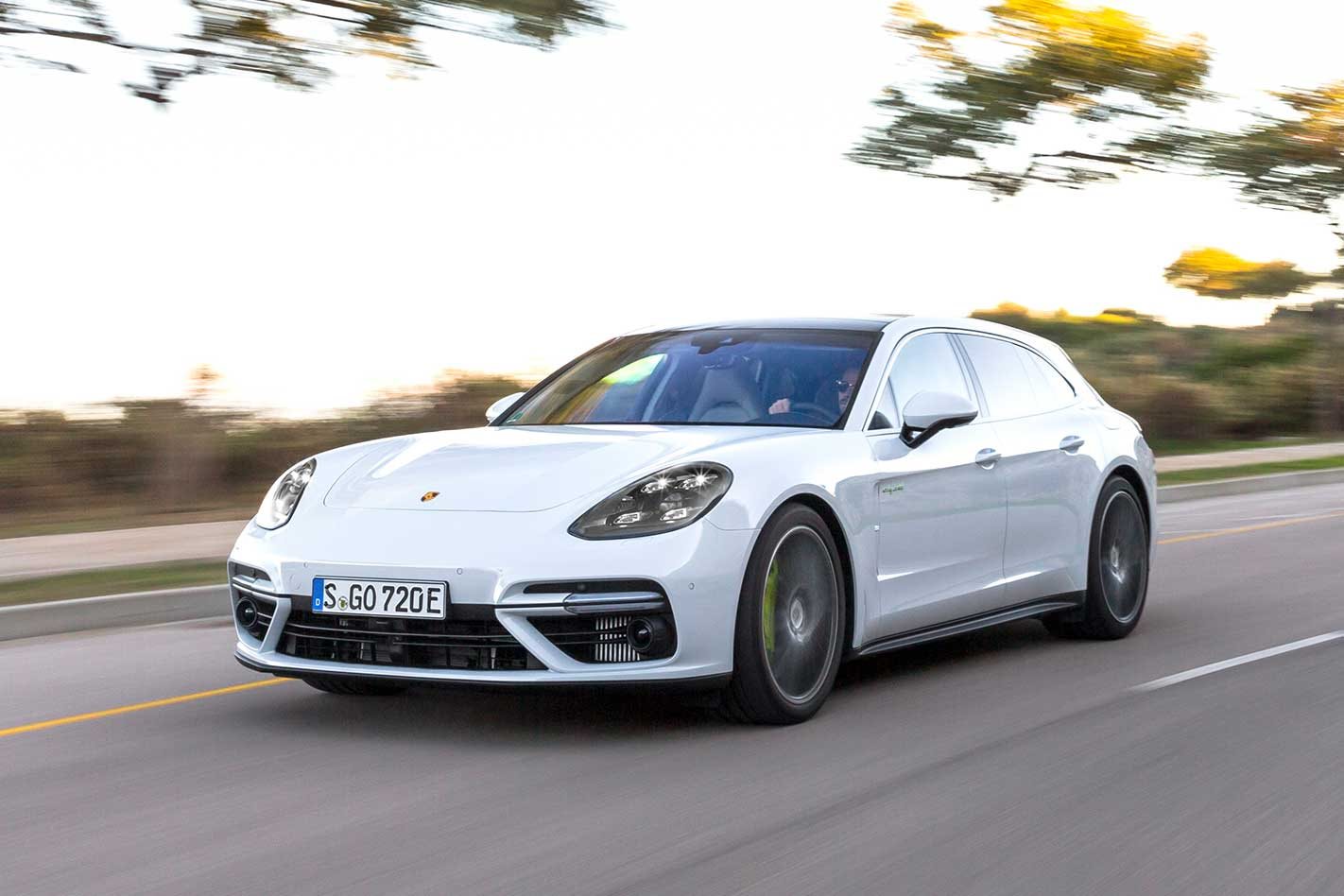 Porsche claims the inspiration for the new model comes from the 918 supercar, and when you look at the spec, you can see where it’s coming from.

It’s a plug-in hybrid system that uses a liquid-cooled lithium-ion battery which Porsche reckons can be fully recharged in 2.4 hours with the optional charging kit. 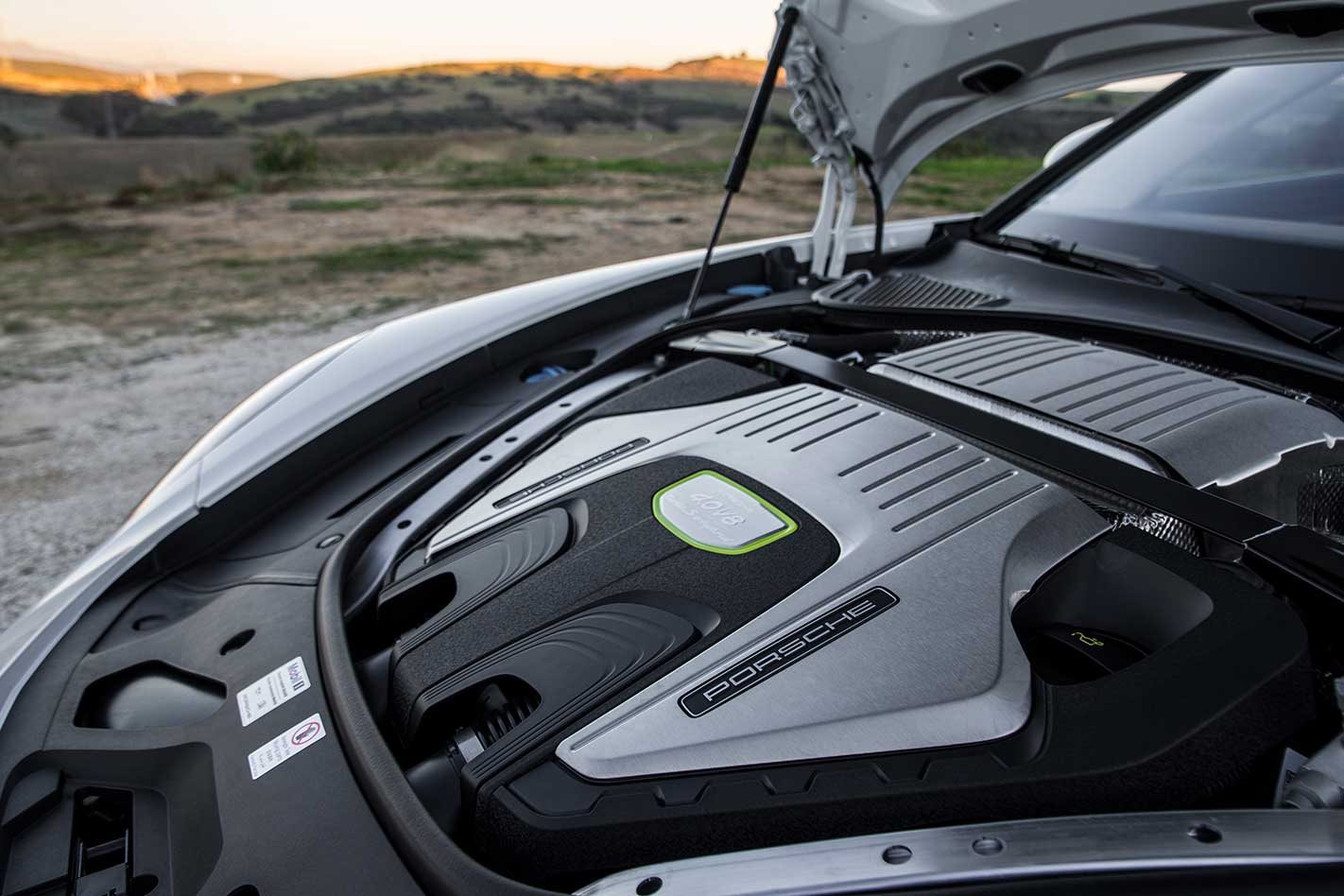 The 918 Spyder connection is in what’s called the ‘boost strategy’; essentially the way the Panamera uses the electric motor not just as an efficiency extender, but also as a performance slap-in-the-chops when max poke is called for. The electrical drive system can also provide up to 49km of pure-electric running at speeds of up to 140km/h.

Inside, the car is being touted as a four-plus-one, which means there are four bucket seats with a fifth, occasional seat between the rear buckets. The buckets are big and lovely, while the fifth chair is going to be the subject of some furious rock, paper, scissors action in the driveway. 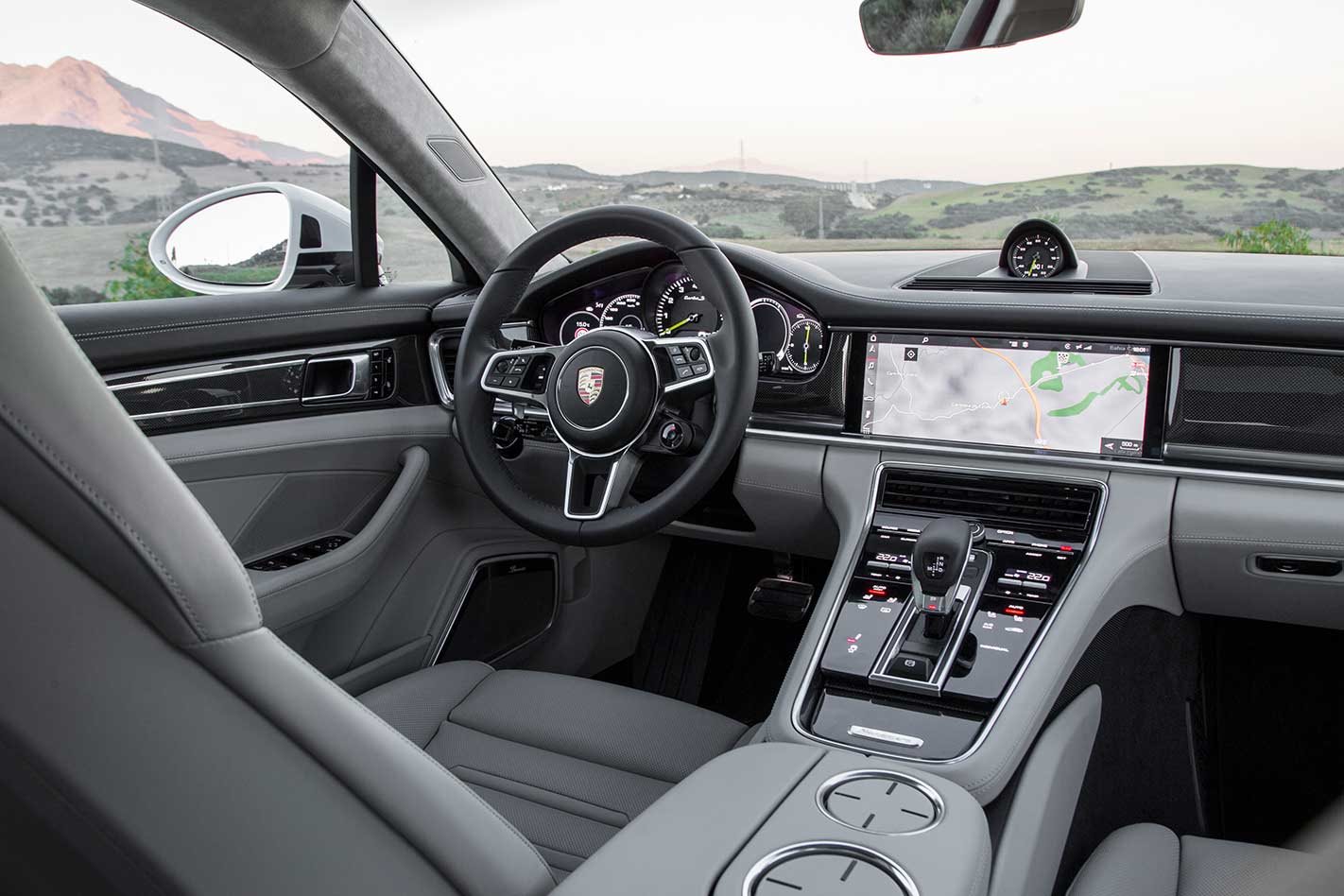 The electric motor is sandwiched between the petrol V8 and the eight-speed PDK transmission, so it’s compact. Frictional losses are down, too, and that’s part of the reason the car has an official combined fuel consumption number of just 3.0L/100km. Australian cars will have rear-axle steering, air suspension and 21-inch wheels, bringing them into line with the rest of the world.

We’re finally kind of getting the hang of switching a car on and having nothing happen. That’s especially true of the Panamera Hybrid which defaults to full-electric mode each time (or so it seemed). Switch to Sport-Plus and the thing is on maximum attack, and Sport ensures that the V8 is always running.

The Hybrid mode is the interesting one, though, at which point the car will shut off its petrol engine when coasting, using momentum to recharge the batteries. Get back into the throttle and the V8 comes to life again and away you go. 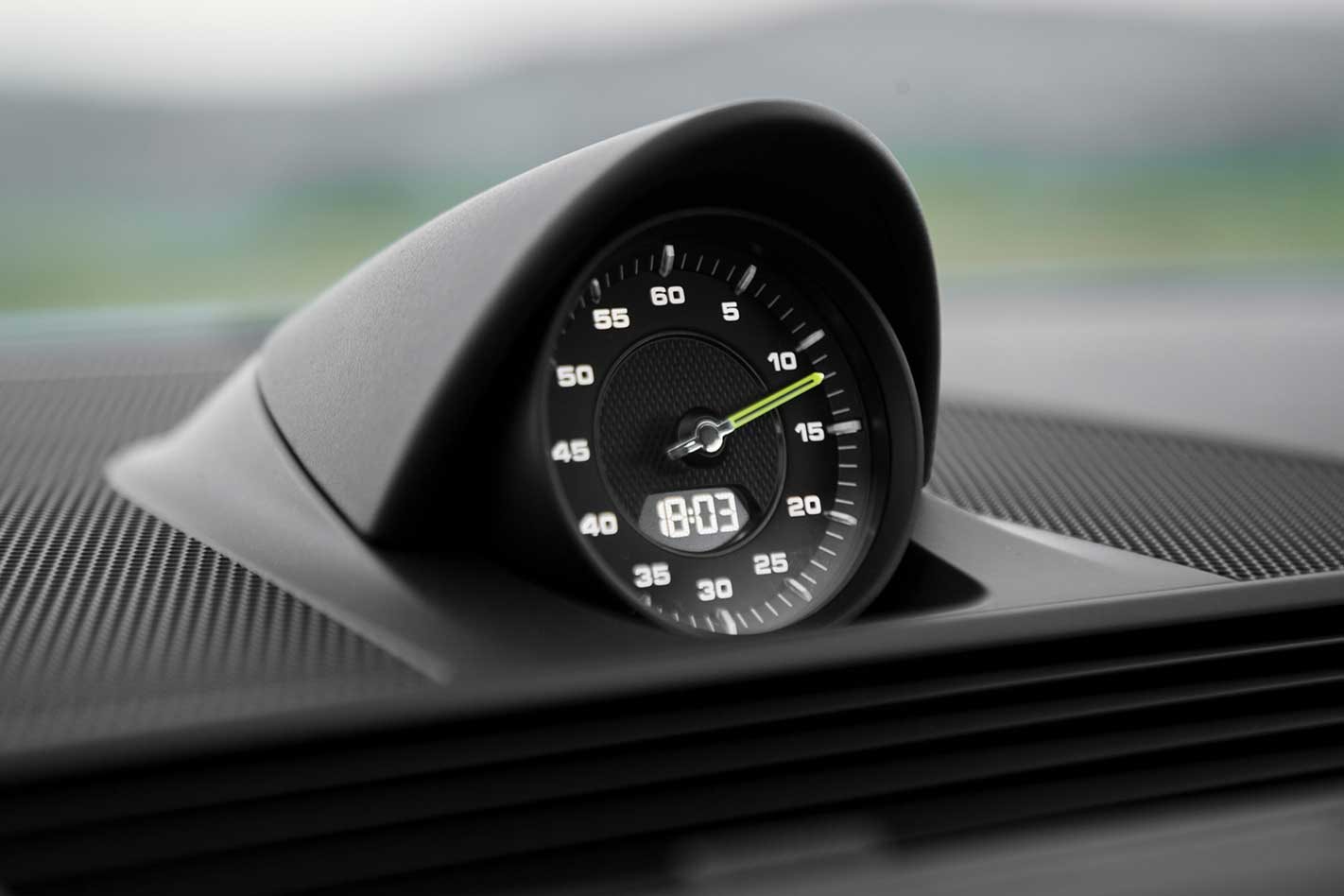 The clever part is all about the 918 Spyder-esque driveline strategy. Tip a bit of throttle into it and instead of waiting for the turbos to spool up, the electric motor steps in with a big serve of Newtons and then gradually backs out of the equation as the V8 builds boost.

As a way of negating turbo-lag, it really does seem like a bit of brilliance, and the calibration is good enough that you need to watch the various bar-graphs on the dashboard to work out what’s happening. Beyond that, the Panamera feels like a Panamera. As in, it’s a big bugger and it never really shrinks around you like some other big, wide cars can. The air suspension still struggles a fraction with small amplitude, high frequency stutters in the bitumen and it feels heavy. Which, of course, at north of 2300kg, it most definitely is. 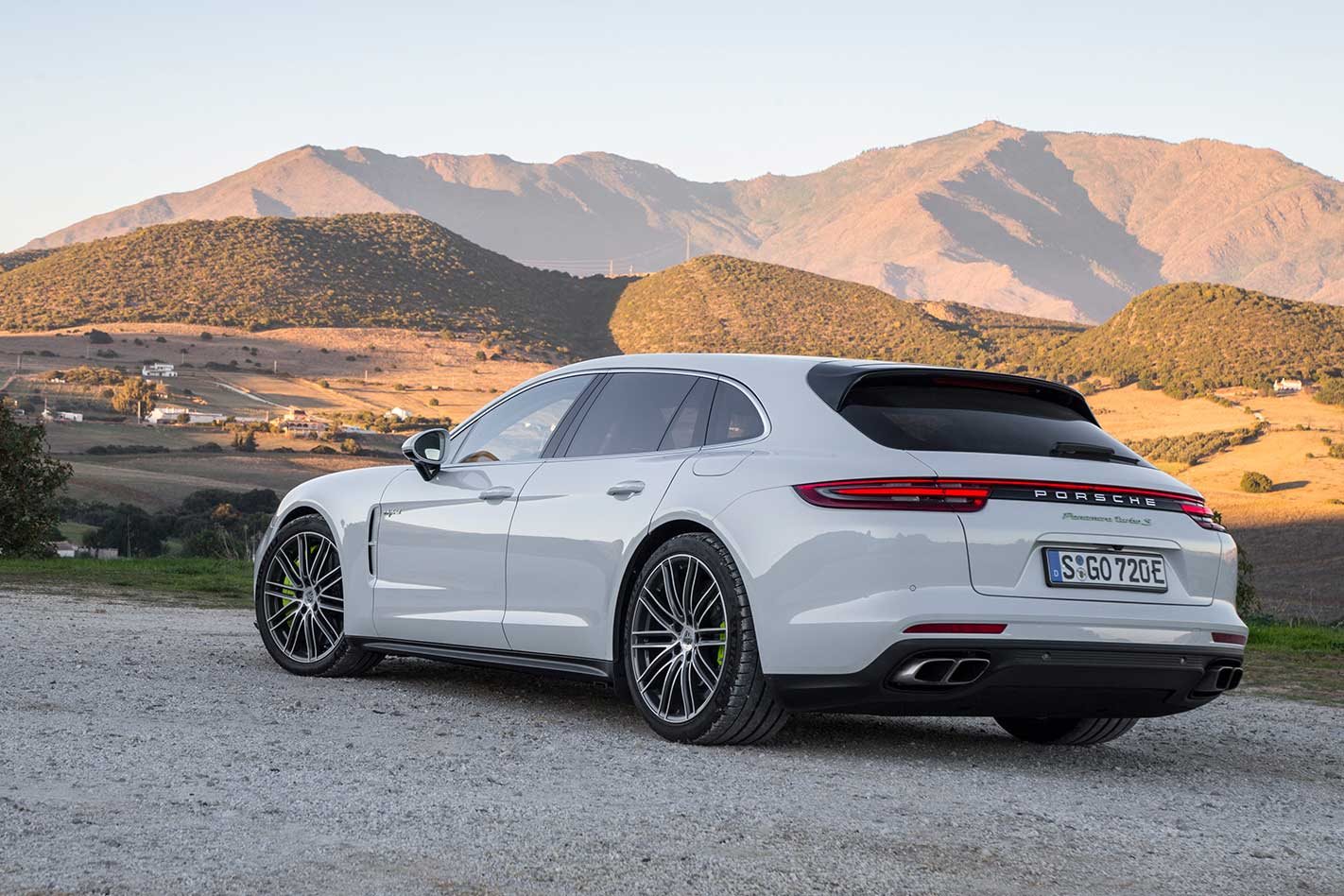 Porsche calls it a 918 Spyder for the family which, for me, is pushing it a bit far, but it would certainly be one hell of a family truckster. Then again, at $466,400 plus on-roads, it’ll only be the dysfunctional families of mining billionaires that need apply.

Like: Stonking straight-line speed; practical
Dislike: It weighs how much? It costs how much?
Star Rating: 4.5 out of 5 stars 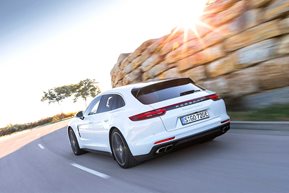