The 2018 Porsche Panamera Turbo S E-Hybrid is worth the $75,600 premium over the base Turbo if you’re a technophile, an early adopter, someone who craves a little exclusivity, perhaps mindful of your carbon footprint or often find yourself needing to accelerate as hard as possible from 100km/h to 200km/h.

But if undiluted driving thrills is your thing, the base Panamera Turbo is 90 per cent of the experience for 15 per cent less coin.

What impressed us most about the new Panamera Turbo S E-Hybrid was its ability to drive up to 50km on electric-only power without waking the beastly 4.0-litre twin-turbo V8 under the bonnet - and reasonably effortlessly, thanks to the 100kW/400Nm single electric motor. 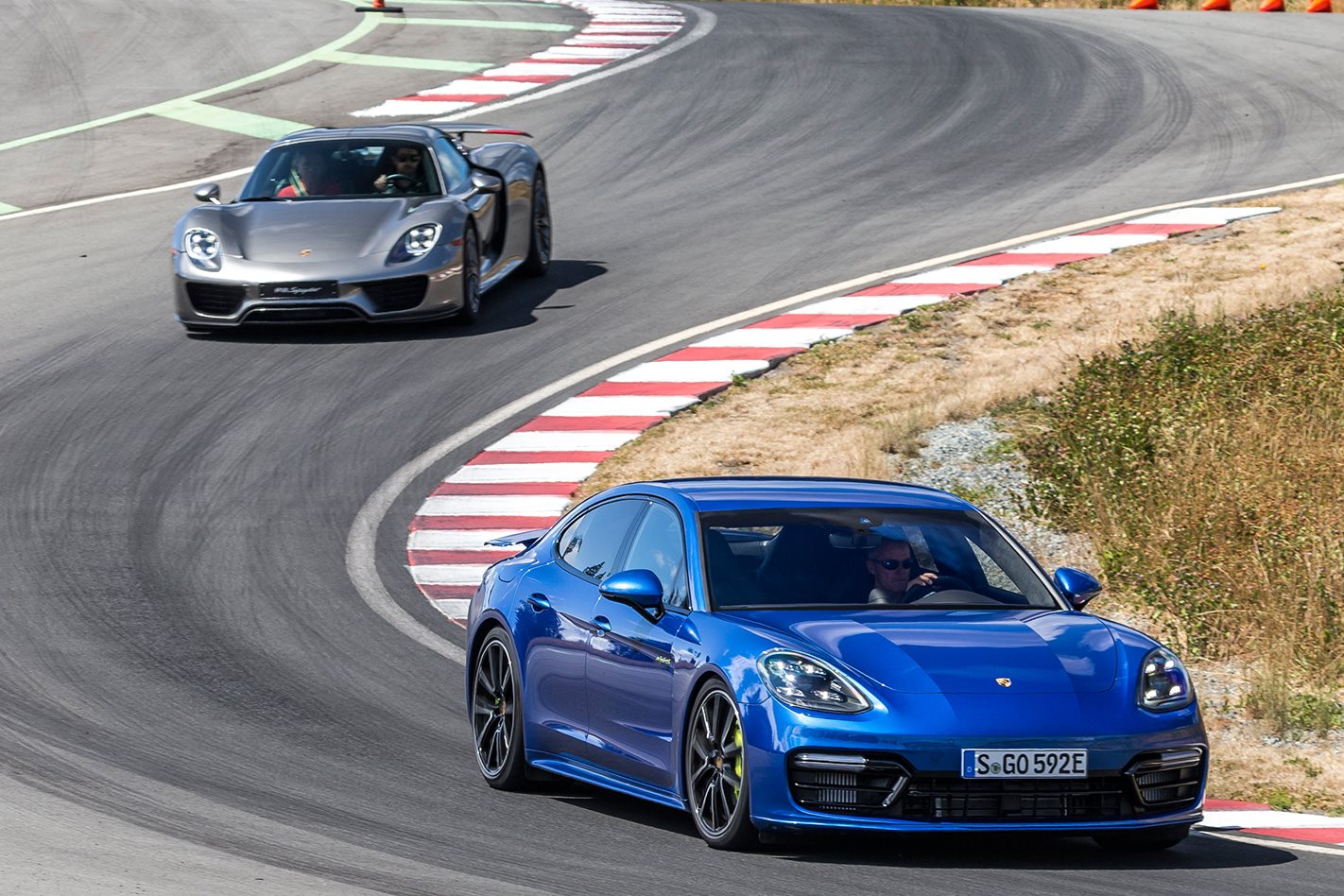 The Panamera Turbo S E-Hybrid also handles impressively despite weighing more than 2300kg, or 300kg more than the base Turbo, the batteries adding 130kg, the electric motor about 50kg and the rest made up from parts like the auxiliary air-conditioning unit and control module.

Visually this is a very similar car to the Panamera Turbo with only the Acid Green brake calipers and accented badges telling it apart from the exterior; and, with the car off, the Acid Green gauge needles in the interior.

It’s possible, with the right combination of options and badge deletes, to create identically looking Turbo and Turbo S E-Hybrids with the only exterior visual difference the S’s larger 10-piston front brakes.

In the interior at least, Porsche didn’t need to do much to its new Panamera to make it feel more luxurious for the Turbo S treatment, as the base car has one of the nicest interiors of any car on sale today, beautifully built with waxy leathers, perforated seats, glossy panels of carbon fibre and piano blacks, the dashboard dominated by the gorgeous 12.3-inch centre touchscreen with Porsche’s intuitive and easy to use new PCM infotainment system.

This is a lovely, high-quality place to sit - luxurious, quiet, high-tech. Incredibly comfortable, serene and spacious, not to mention the design of the interior itself is just delightful to look at. Sitting in traffic in the new Panamera is a joy.

This is also an incredibly fast and muscular car. With the engine and electric motor combining for a stunning 500kW and 850Nm, acceleration is brutal and effortless, with tremendous all-wheel drive traction and huge overtaking punch.

Australian customers should tick the box for the optional all-wheel steering, $4340 well spent as it gifts the big, 5m-long Turbo S E-Hybrid with an agility that completely defies its size. You would maybe guess it’s packing an extra 100kg over the Panamera Turbo, certainly not 300. 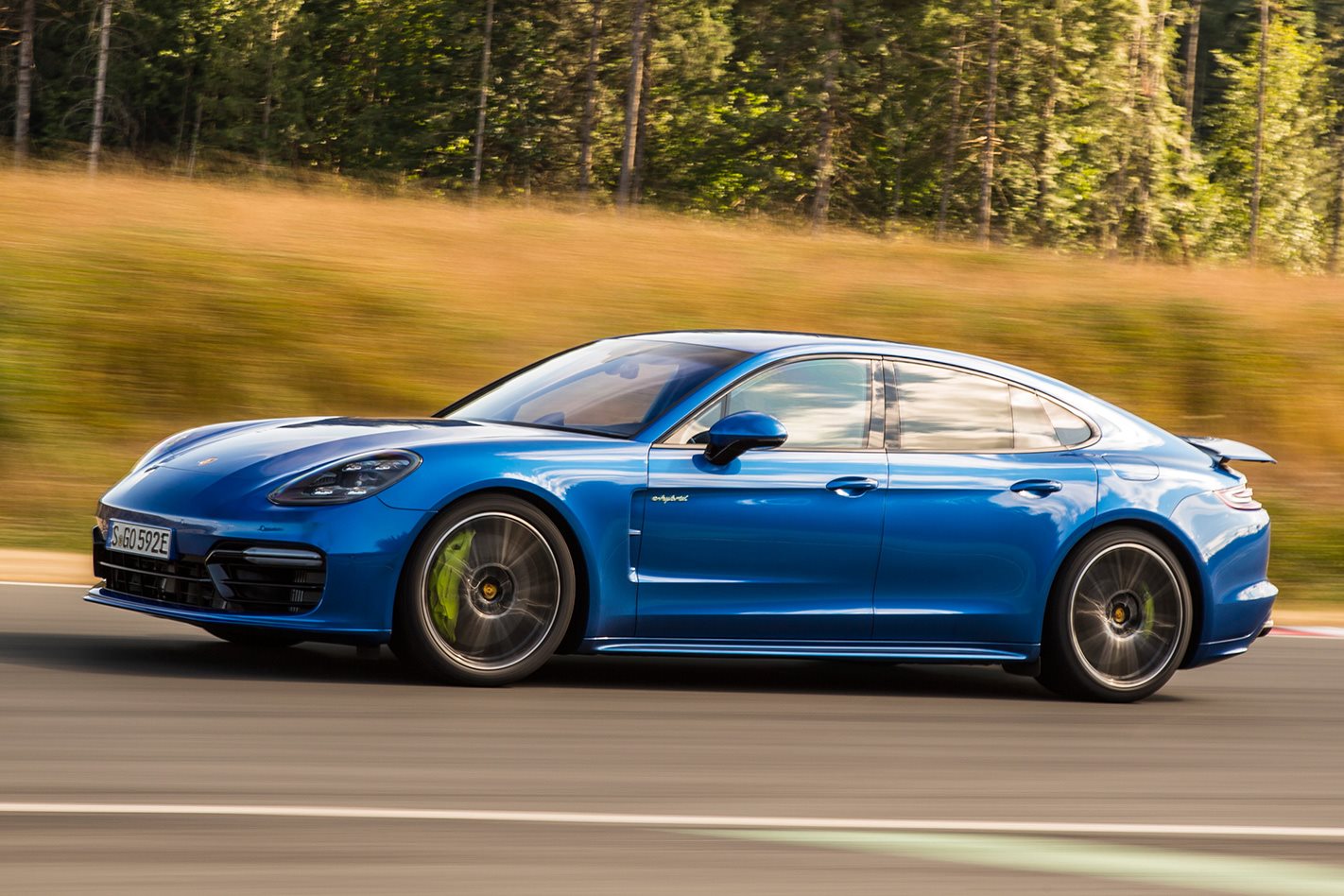 Porsche unleashed MOTOR on the tight, twisty 2.3km-long Vancouver Island Motorsport Circuit that, looking at the track map, seemed more suited to a Boxster or Cayman, and while the burly Turbo S E-Hybrid is not a car you’d call nimble, it more than held its own despite its weight, also showing off a rear-driven character to its all-wheel drive system, much like the base Turbo, engaging in some playful throttle oversteer out of tight corners if asked.

However, despite its surprising alertness, this is a car that works its hardware hard, including those bigger brakes and wider Michelin Pilot Sport 4 tyres.

Back on the road, the Turbo S E-Hybrid feels more at home, showing off its electric prowess, defaulting to electric-only mode at start-up, the twin-turbo V8 staying silent and keeping the neighbours happy. Moving away silently like any electric car, in electric-only mode the Turbo S E-Hybrid can dash to 60km/h in six respectable seconds and to a no-petrol-needed top speed of 140km/h.

In its hybrid mode, the car accelerates using the electric motor until you push through an artificial detente two thirds down the accelerator pedal travel, the engine kicking in without so much as the smallest judder.

Around town in Hybrid Auto mode, the engine shuts off when the car thinks electric-only is all that’s needed, and it can be difficult to know what’s propelling the car without looking at the tachometer, the switching is that seamless and smooth. 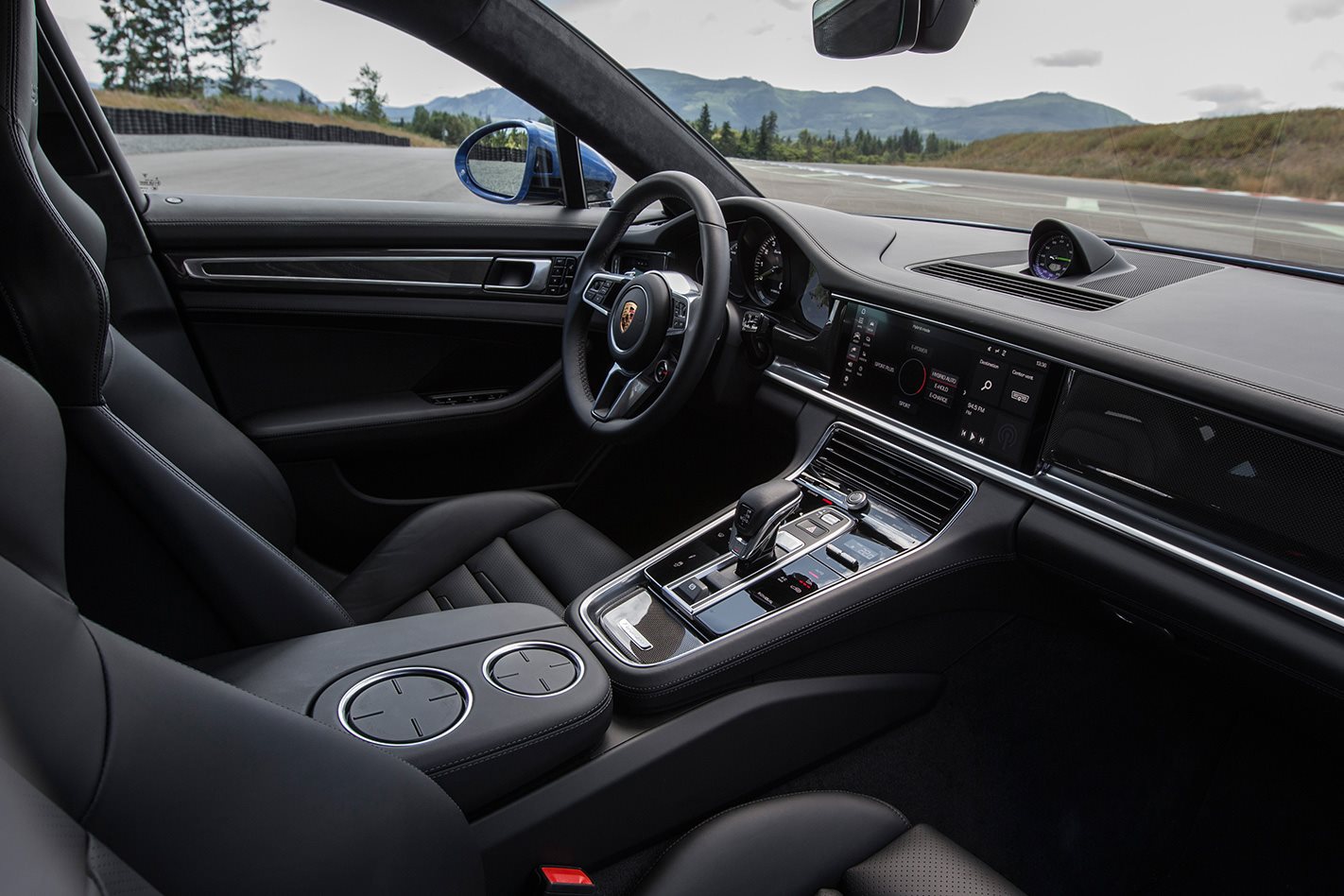 Come off the throttle and there is next to no regenerative deceleration unlike many other electric and hybrid cars from other manufacturers, the Turbo S E-Hybrid instead only scavenging energy to recharge the batteries when the brakes are reasonably applied.

Porsche claims the Turbo S E-Hybrid will return 2.9L/100km on the combined cycle but that will quickly vaporise with a leaden foot, our trip computer displaying 21.7L/100km over 275km of ‘sporty’ driving.

Although, of course, if you were using your Turbo S E-Hybrid for your daily commute and plugging it in every night, provided your workplace was less than 20-25km away, you could feasibly go months without having to visit a petrol station.

Another neat trick of the Turbo S E-Hybrid is the ability to pre-cool or pre-warm the interior using the auxiliary air conditioning unit, which draws power either from the grid if plugged in, or the car’s rear-mounted batteries, using an app on your smartphone before you get in the car. 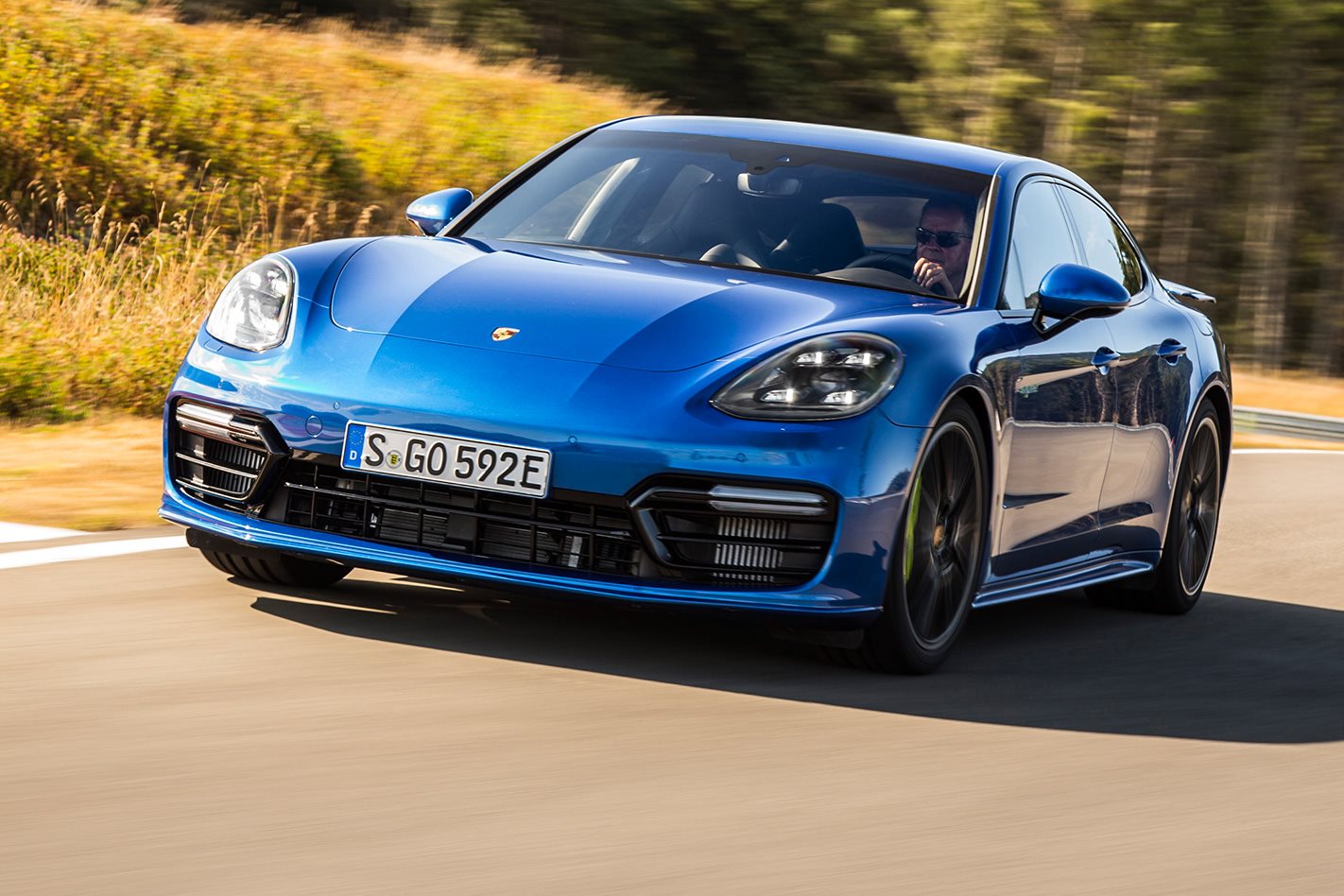 But you have to be sure that this, and the ability to commute everyday using only electricity, as well as a slight edge in performance, is worth more than $75,000 to you.

Because it’s possible that on certain racetracks, the lighter, more nimble-feeling Panamera Turbo could outpace the significantly heavier Turbo S E-Hybrid, and feel more lively in the process, although we don’t know this for sure.

We do know that if you specced a Panamera Turbo to Turbo S E-Hybrid levels - including the Porsche Carbon Ceramic Brakes, Porsche Torque Vectoring Plus, Sport Chrono and 21-inch wheels - you’ve suddenly added $43,000 to the price, the gap between the two cars shrinking to more like $30K. 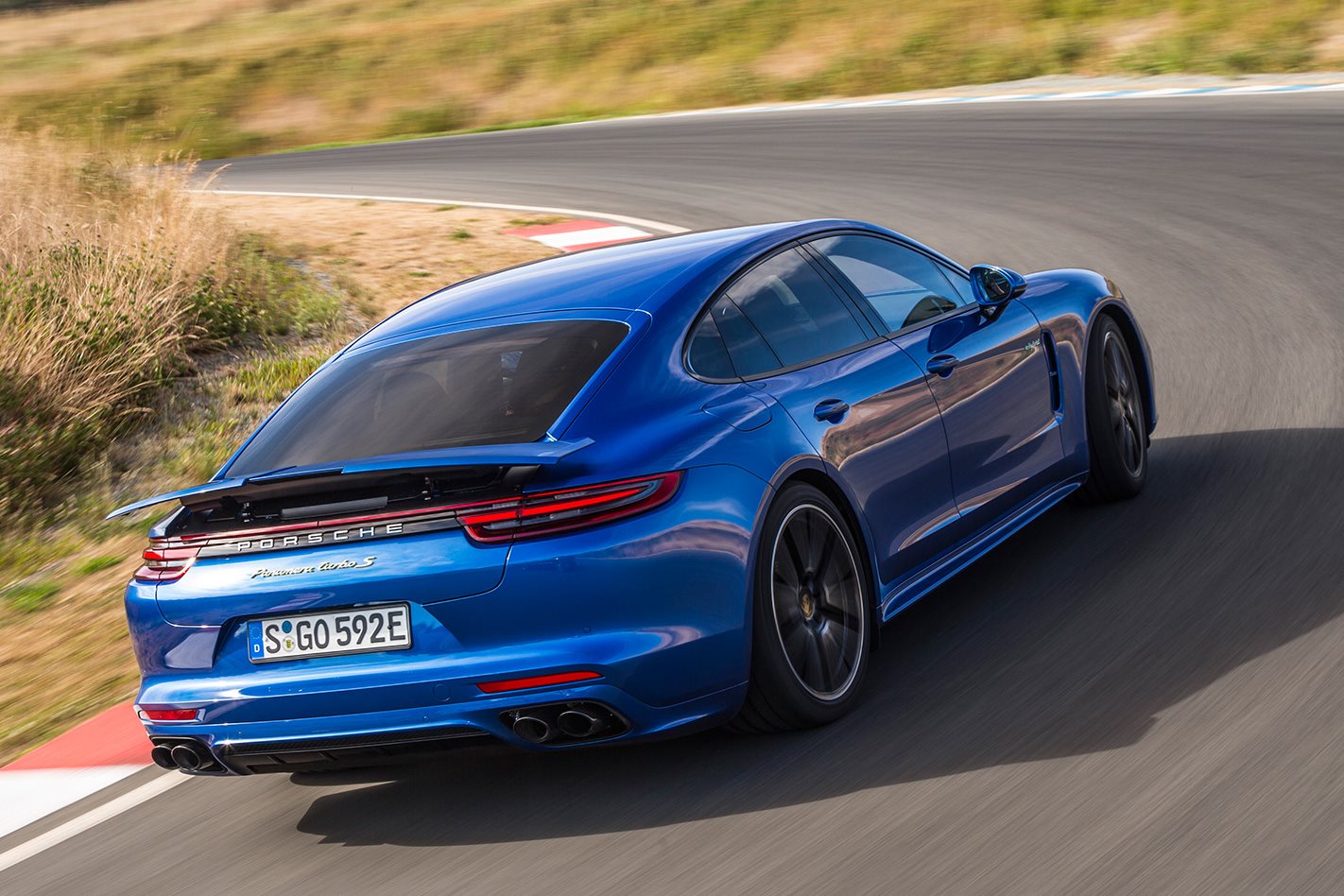 To say all this is to think about things from a performance and pragmatic perspective. If you put that aside, there is something undeniably special about the Turbo S E-Hybrid and it isn’t the fluoro green badges.

The Turbo S E-Hybrid is on-sale now with deliveries expected in the next two to three months. 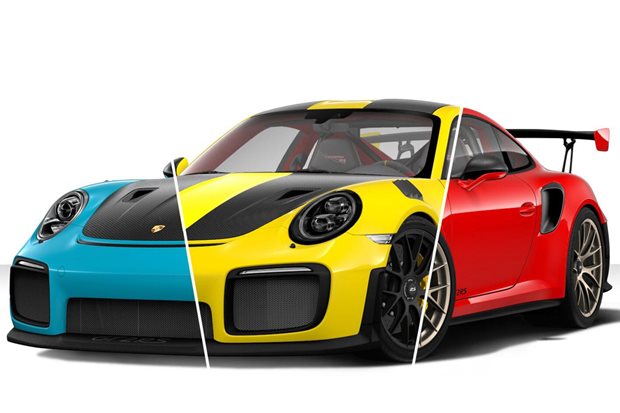 Ever wanted to choose the options on your perfect Porker? 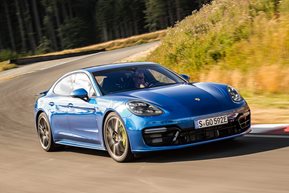 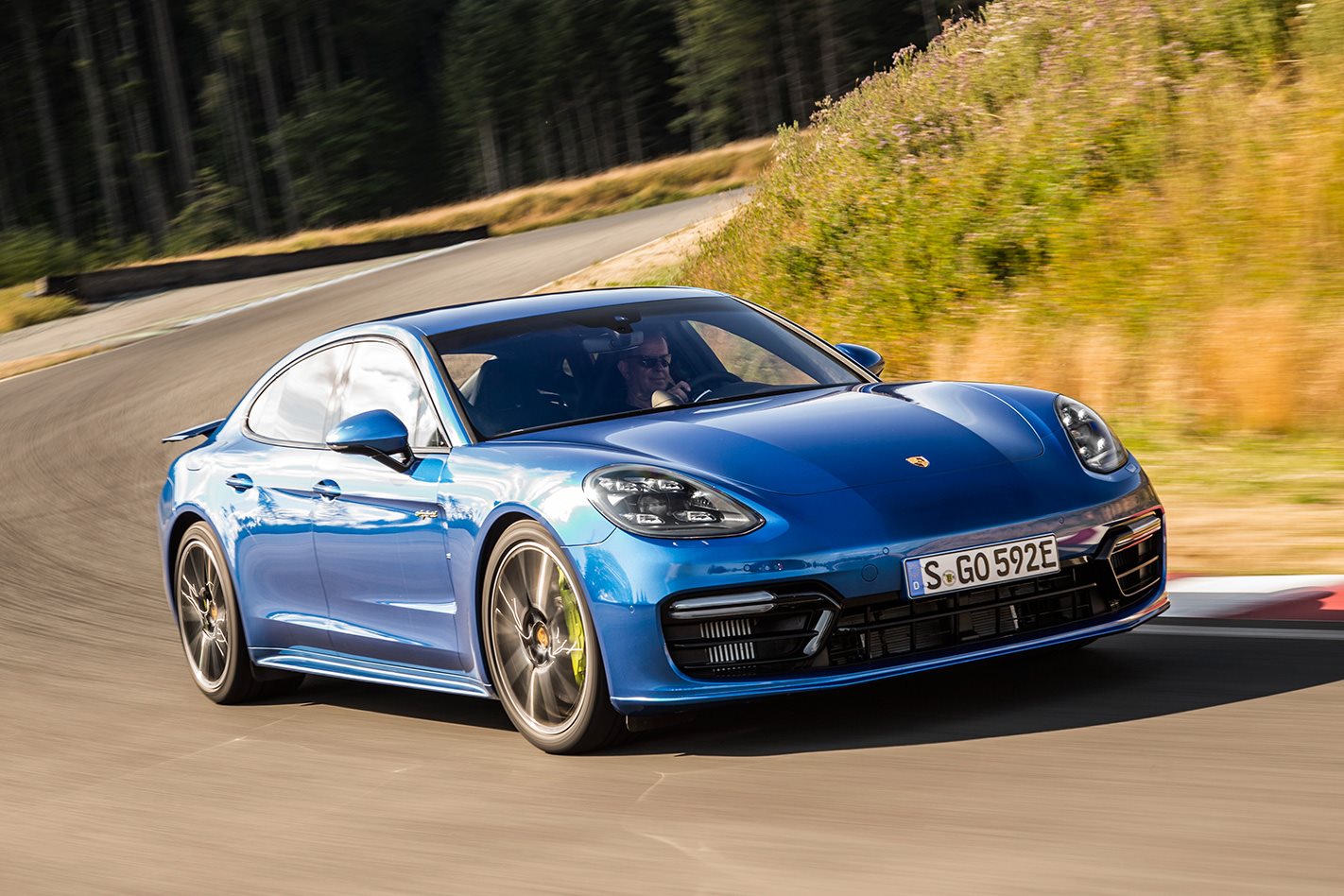 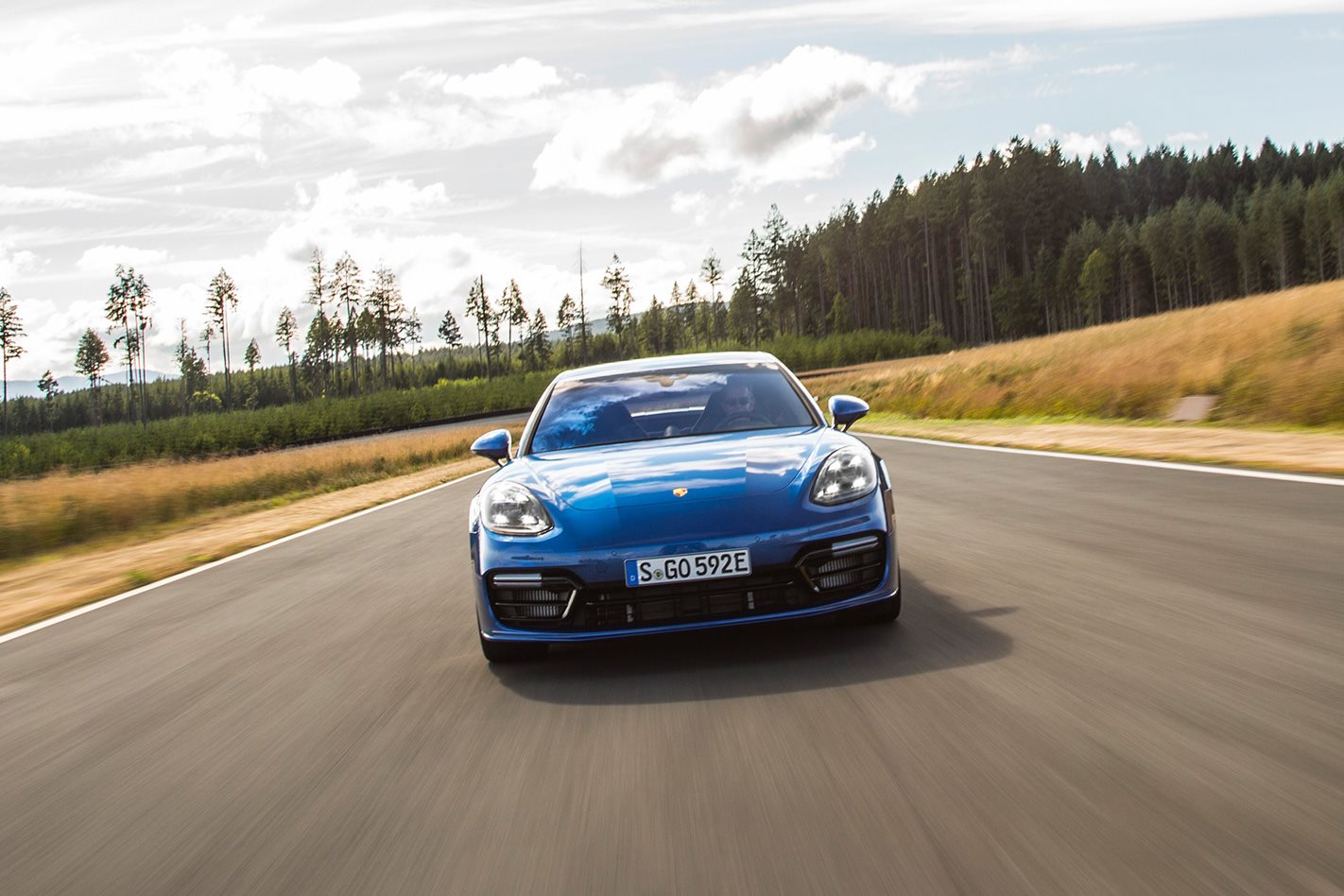 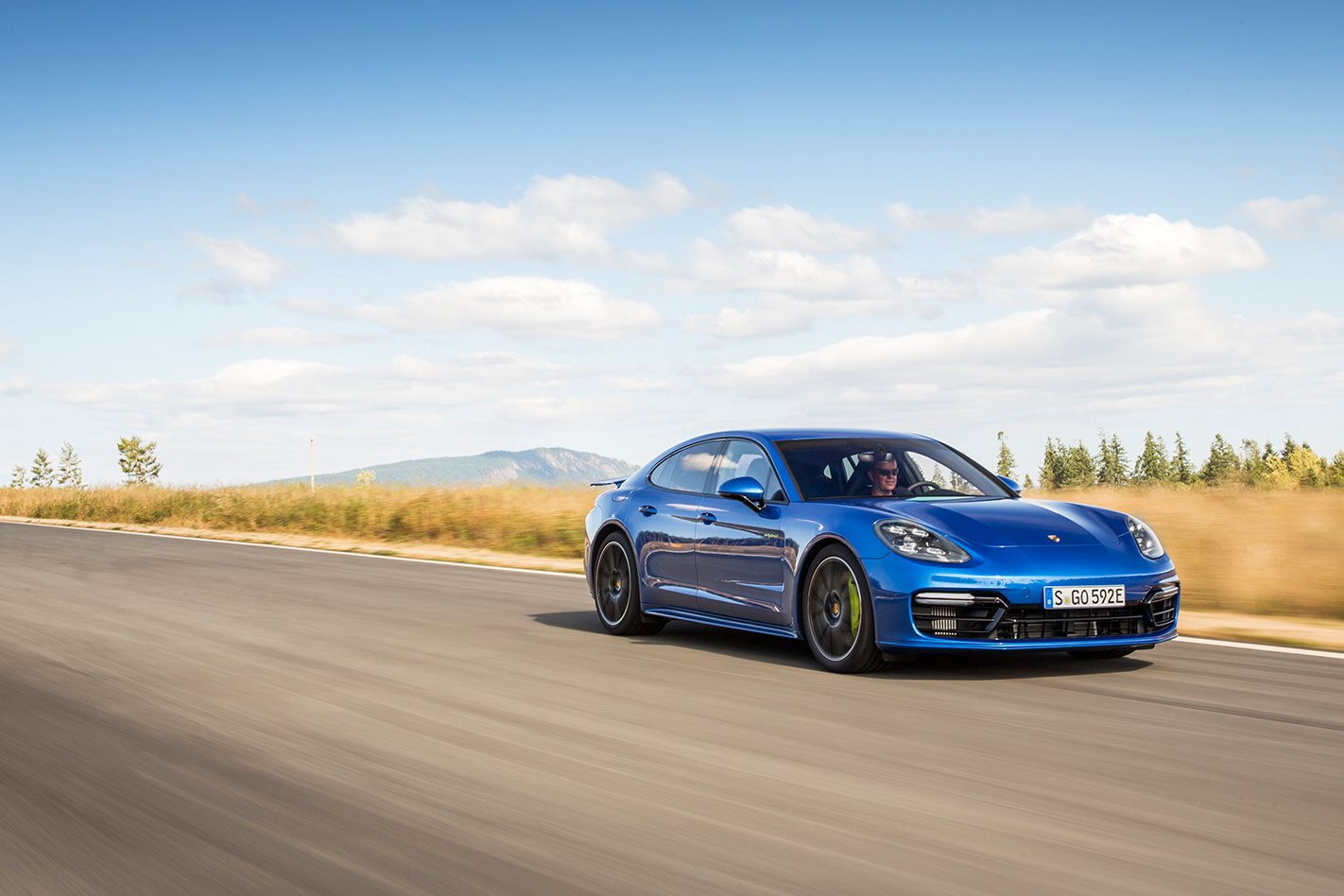 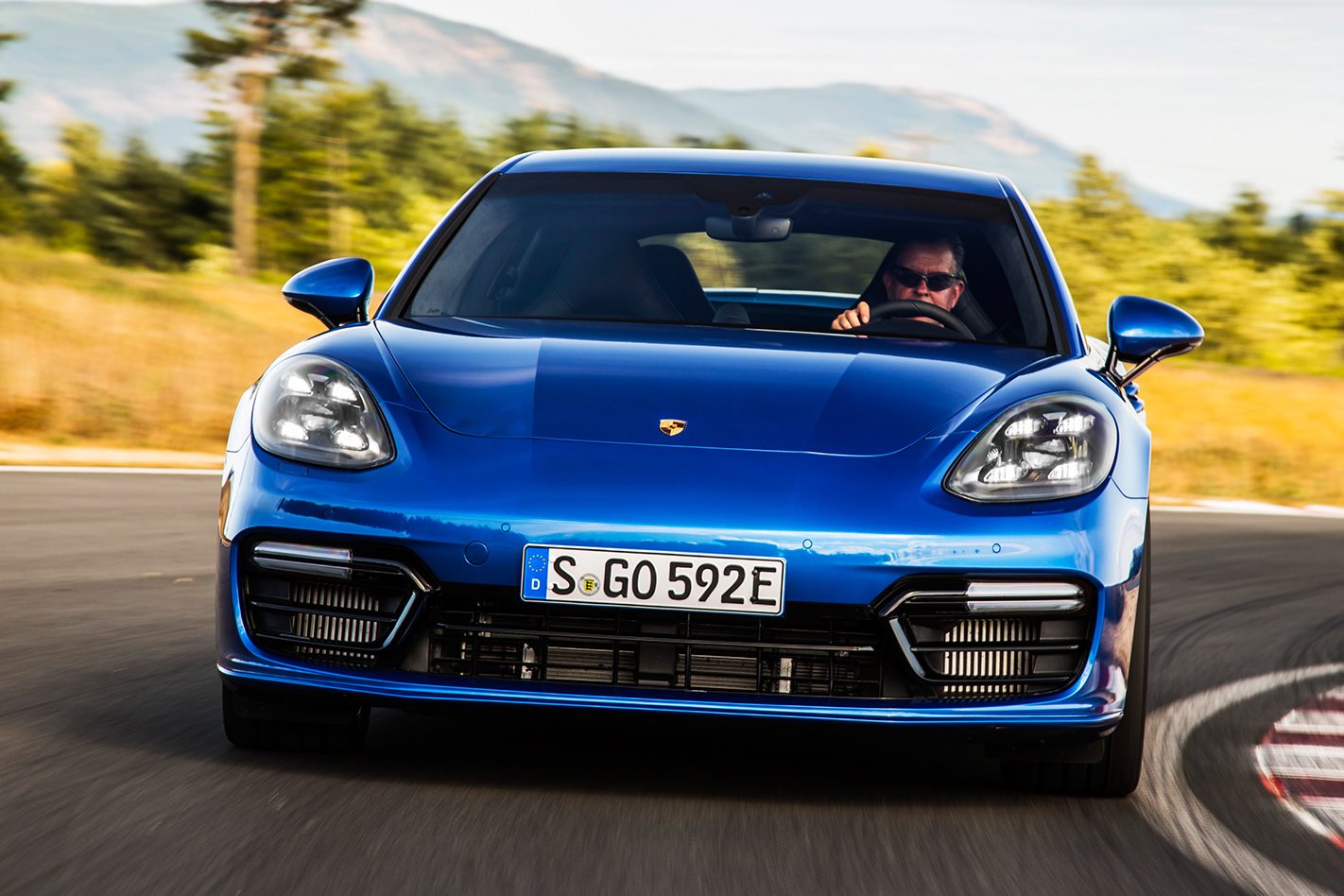 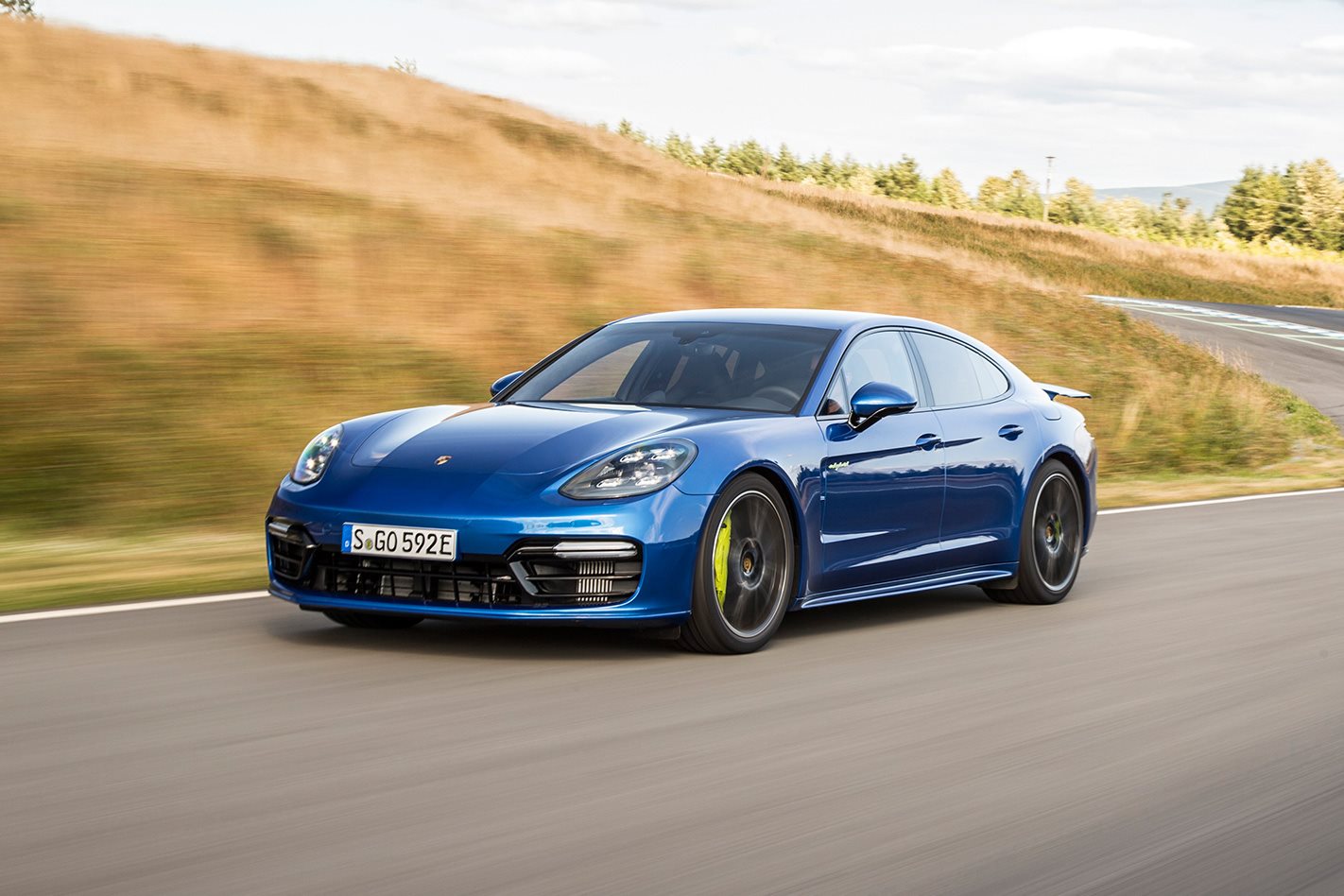 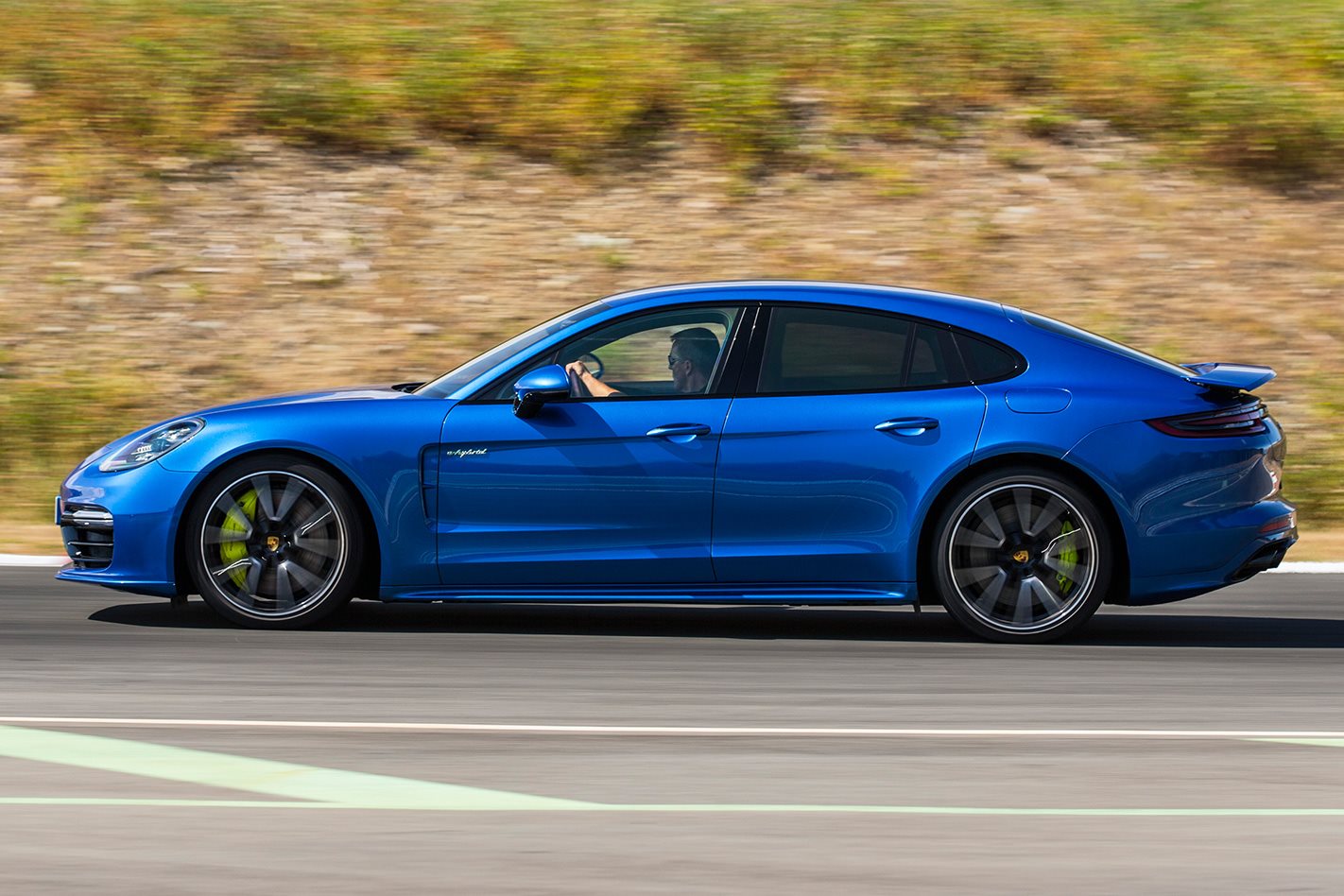 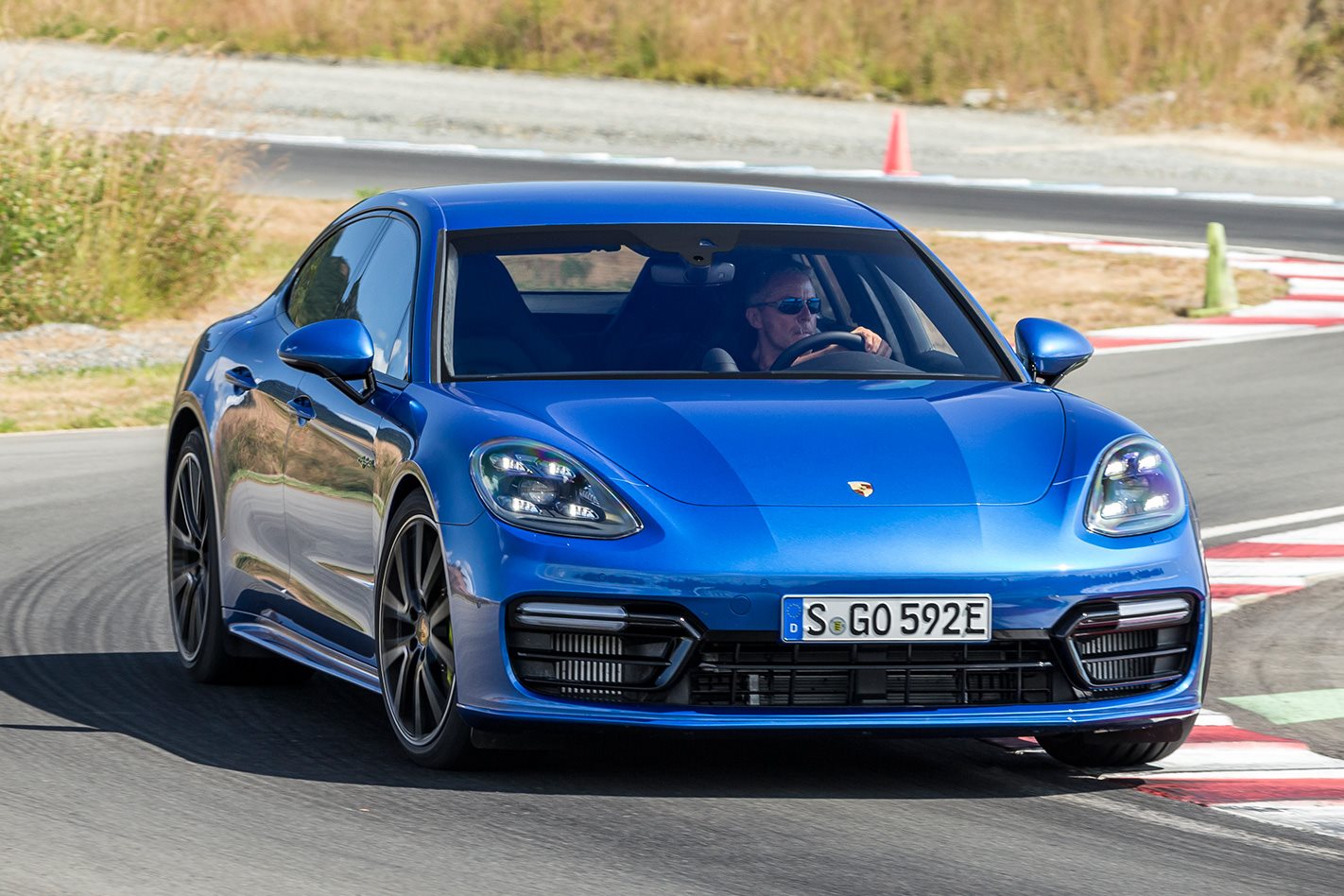