Volkswagen’s go-anywhere golf in entry-level 132TSI trim. Like all options in the new three-variant line-up, the most affordable Alltrack is based on the Golf wagon and shares a number of updates as part of the Golf 7.5 mid-life refresh. When VW first offered the curious hybrid of wagon and SUV in 2015, it was as a single variant, which may have discouraged some potential customers who saw a single offering as a lack of confidence in the Alltrack principle, but with two years of customer feedback under its belt, the model has expanded into three offerings. A statement of intent, says Volkswagen.

With a blend of Golf quality and driving dynamics, combined with wagon and crossover practicality, the updated Alltrack offers an attractive alternative to conventional SUVs without sacrificing all-terrain ability. A surprising ability both on and off the road is unchanged with the Golf 7.5 range-wide update, but the addition of a torque-champion diesel and a second petrol option makes the crossover curio even more compelling.

Add to that a bang-up-to-date information and entertainment system and the Golf Alltrack has never made so much sense. 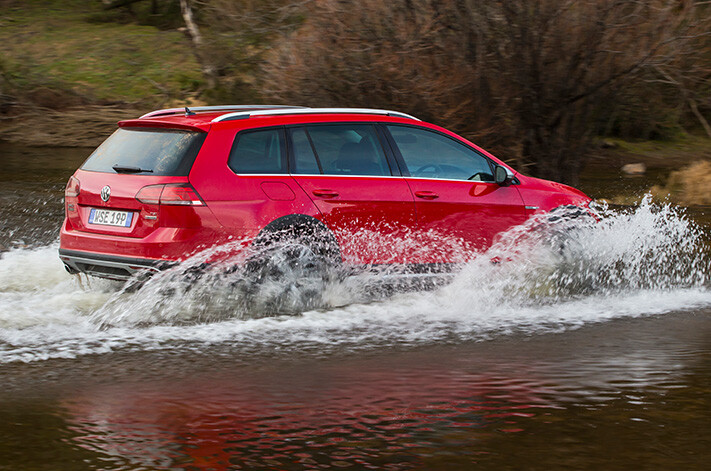 WITH so many Australian’s choosing SUVs as their preferred all-rounder vehicle, it is easy to see the potential in a vehicle like the Volkswagen Golf Alltrack, which has many of the Golf’s likeable features but with the addition of added all-terrain promise.

Along with the benefits of increased load and passenger capacity, many SUV owners enjoy the potential to hit the trail and have their own little adventure - even if it remains only potential and rarely happens. Why would you not recommend a car like the Alltrack then? On-road, the entry-level petrol 132TSI has enough punch to tank along with urgency and the same grunt serves the car well when loaded up with people, cargo, or both. Its appearance speaks of a car that has traded driving enjoyment for more ability when off the beaten trail, but looks can be deceiving and the Alltrack is huge fun to blast along paved surfaces.

On loose surfaces the 4Motion all-wheel drive system does not lend rally-stage four-wheel drift capability, but a sense of security and sure-footed traction which will serve owners well in boggy fields or the snow fields alike. When we drove the Alltrack in original Golf 7 form the off-road ability was surprisingly good and, as nothing under the bonnet or floor has changed, that ability is also unchanged. Even better though is the introduction of a beefy 2.0-litre diesel that produces 135kW and 380Nm – the same peak torque as a Golf R and the most powerful diesel to find its way under a Golf bonnet on Australian turf.

Families with particularly heavy children or drivers that need to tow will be immediately drawn to the combination of diesel torque, efficiency and all-four traction.

It comes at a cost though, and at the top of the Alltrack line-up in Premium trim carries a $40,990 retail pricetag. That said, it’s certainly not excessive for a vehicle with its versatility. That said, a diesel version that aligns with the entry petrol specification would offer customers a balanced Alltrack range and would arguably be the sweet spot variant. 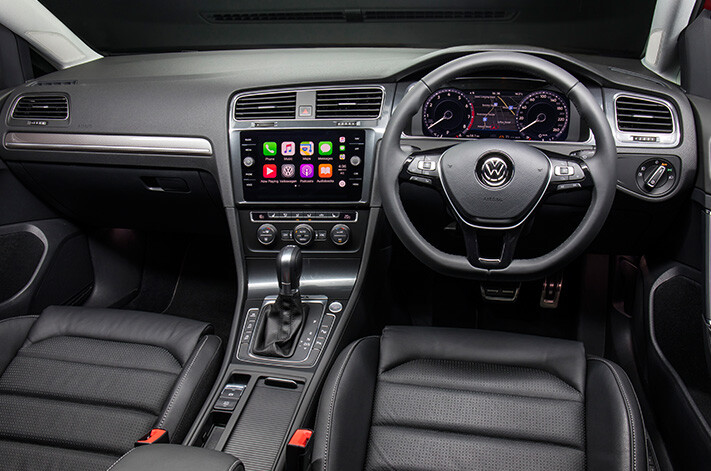 For all versions, the so-called 7.5 update brings a splash of new technology to the interior, the centerpiece being a new ‘MIB’ infotainment display that grows from 6.2 inches to a decent 8.0 inches.

It allows access to a refreshed range of applications including the latest smartphone connectivity via Android Auto, Apple CarPlay and Mirrorlink, but the overall look is also better integrated into the dash and its premium feel helps lift the rest of the cabin to near-premium status.

Spend a little more cash and the $2300 Infotainment pack brings a little Audi-style magic to the Golf in the form of a fully digital instrument cluster, as well as an even larger and smarter 9.2-inch central screen. 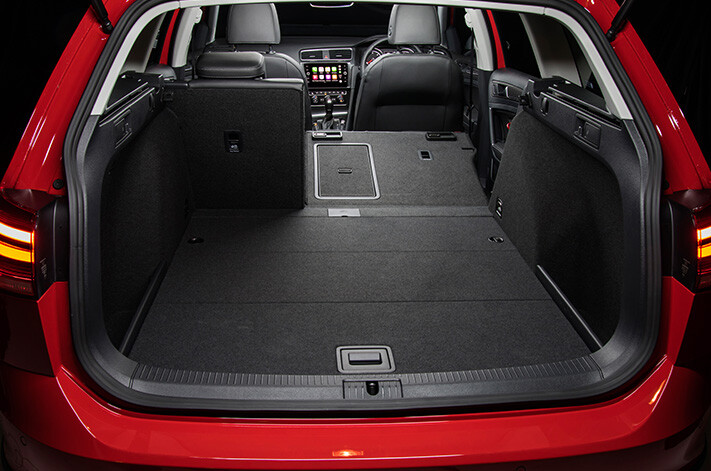 With only digital displays to look at, the enhanced Alltrack takes a big step up in premium interiors, and a new gesture control feature keeps the technological innovations aligned with the look.

Paired with a lightly polished exterior design including new bumpers and LED lighting, the Alltrack has never looked so good. Full-fat SUVs might offer the edge off-road and a higher driving position in traffic but those are fickle reasons to write off the Volkswagen Golf Alltrack. With a solid update and broader range, it is still an extremely well rounded car for every occasion.