Heritage is an excellent marketing tool, and the Mazda MX-5 30th Anniversary Edition is proof.

The car is highly specified, with exclusive parts and exclusivity on its side (only 30 made it to Australia), but a $49,990 price makes it $500 more expensive than the top-of-the-range MX-5 RF GT with an auto gearbox. If that price still tempts, allay your desires because the 30th Anniversary Edition is already sold out. 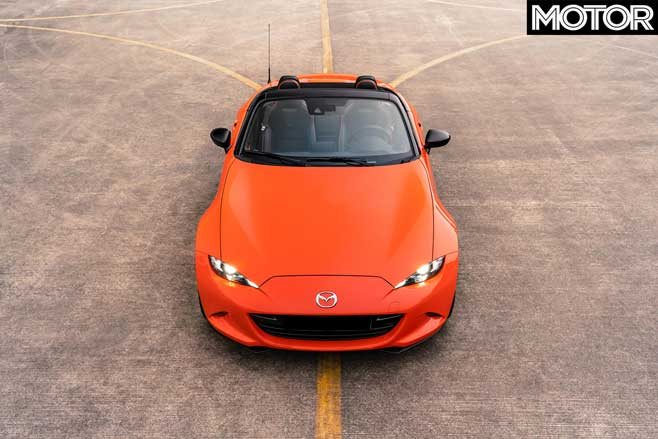 The 30 customers quick enough to nab one will all be enjoying their Racing Orange roadsters thanks to a set of special Rays alloys in black (inspired by MX-5 Cup cars), an Alcantara interior with orange accents, Bilstein dampers, plus Brembo brakes at the front and Nissin calipers at the rear.

The dampers are only a little firmer than standard, with the roadster still providing body-movement feedback to the driver under cornering as is the Jinba Ittai way. As for the Brembo/Nissin brake package, it does a fine job of pulling up the 1.1-tonne MX-5, but so do the stock brakes. 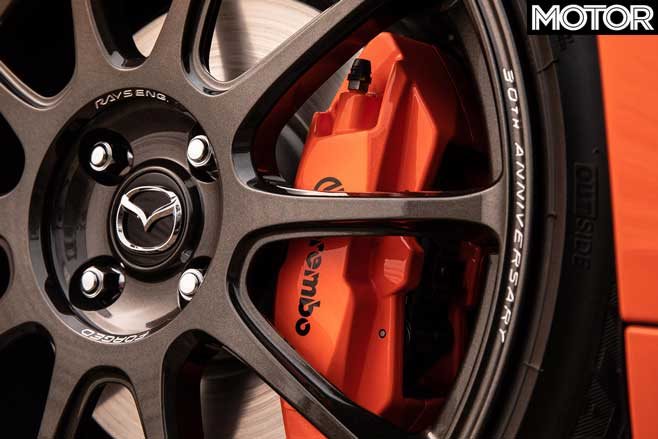 They also feature Recaro seats, which tread the line between bolstering and comfort rather nicely, and there’s a subtle, numbered 30th-anniversary badge by the door, in case the paint didn’t make it clear. Our test car was number 219 of the 3000 built.

The changes to this special edition don’t exactly break new ground. We’ve already driven MX-5s with Bilsteins and Brembos, and the revised 2.0-litre engine has been around for a while now. This car just brings those ingredients together, but they do make the car feel special.

It’s at this point your reviewer should confess to the ownership of an NA MX-5 (which happens to turn 30 this year), though Mazda’s target group of ‘loyal customers’ likely doesn’t include those who have never owned a new car. 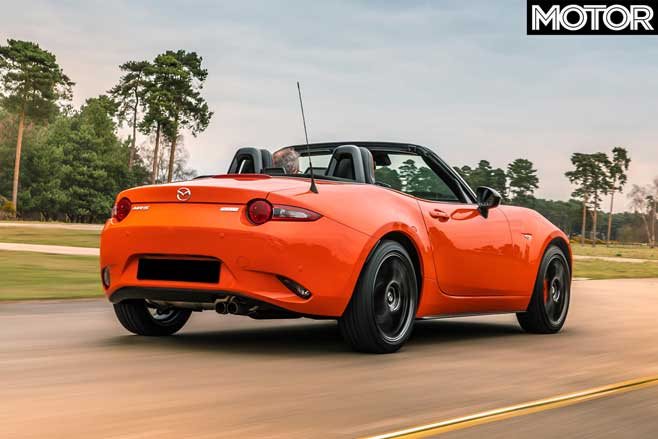 Reviewing this car feels more like an exercise in assessing the value for money offered by this limited-run roadster, rather than actually dissecting the few changes made to the car. Those changes all tweak its driving dynamics in very minor ways and allow the MX-5 to remain within its original formula of modest power but low weight.

If you wanted to feel what it’s like to drive an MX-5 30th Anniversary Edition, you could buy a 2.0-litre GT roadster, drop in some slightly stiffer dampers, upgrade the brakes and paint the car orange. But even this sceptic knows that’s not the point.

What's the fuss? NA MX-5 -Roofless for the people 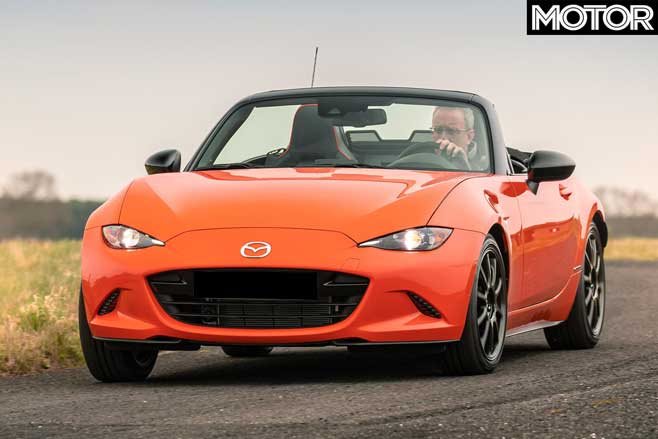 On Mazda’s part, it might have been nice to see a more focused tyre than the Bridgestone Potenza S001s fitted, or even some more radical alteration of the suspension, but the price is already pushing it for a Toyota 86/ Subaru BRZ rival.

Ultimately, it’s a good thing that Mazda is choosing to celebrate its sports car heritage, and it’s good that 30 Australians were willing to put $50K of cold-hard down to be part of it. 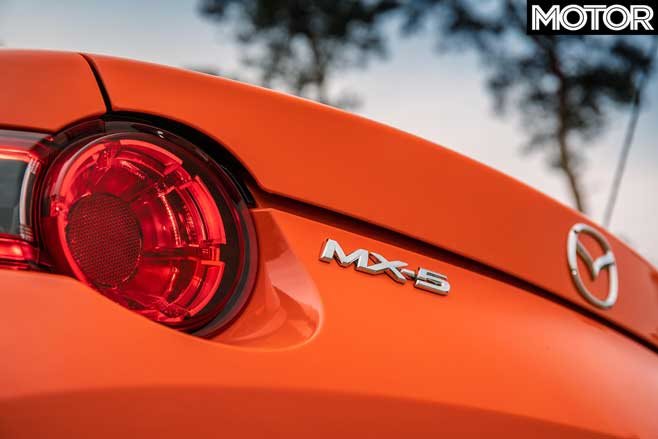 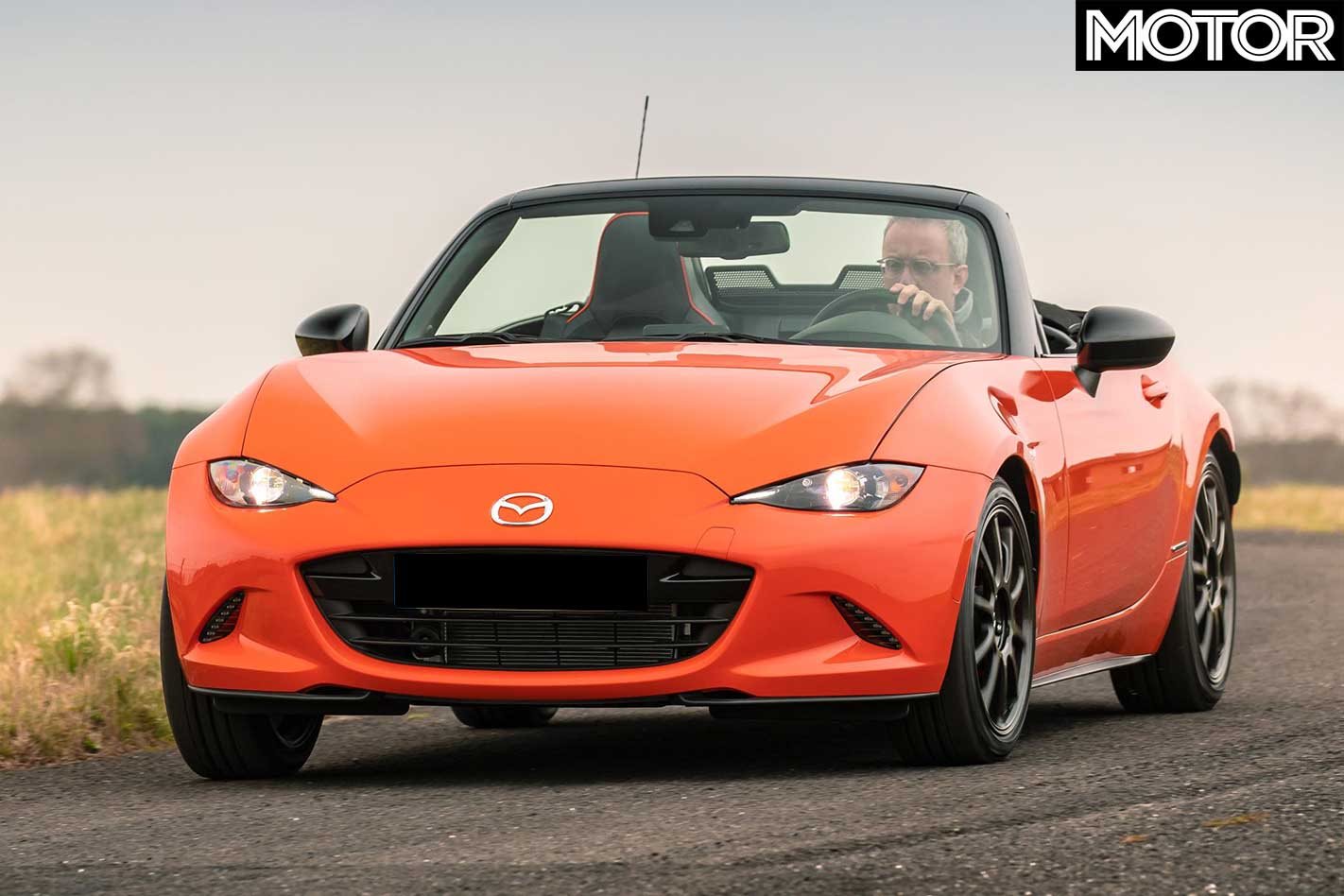 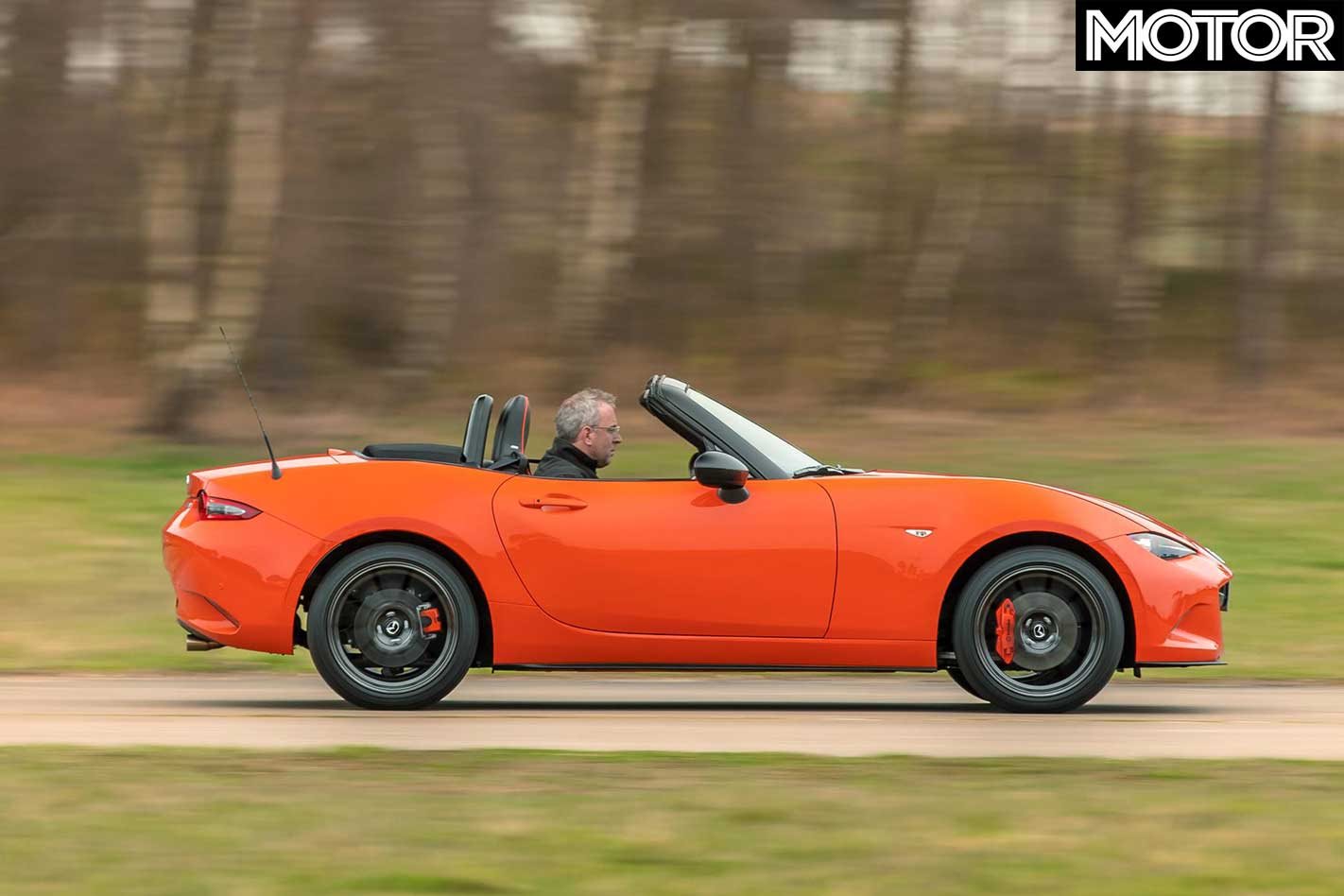 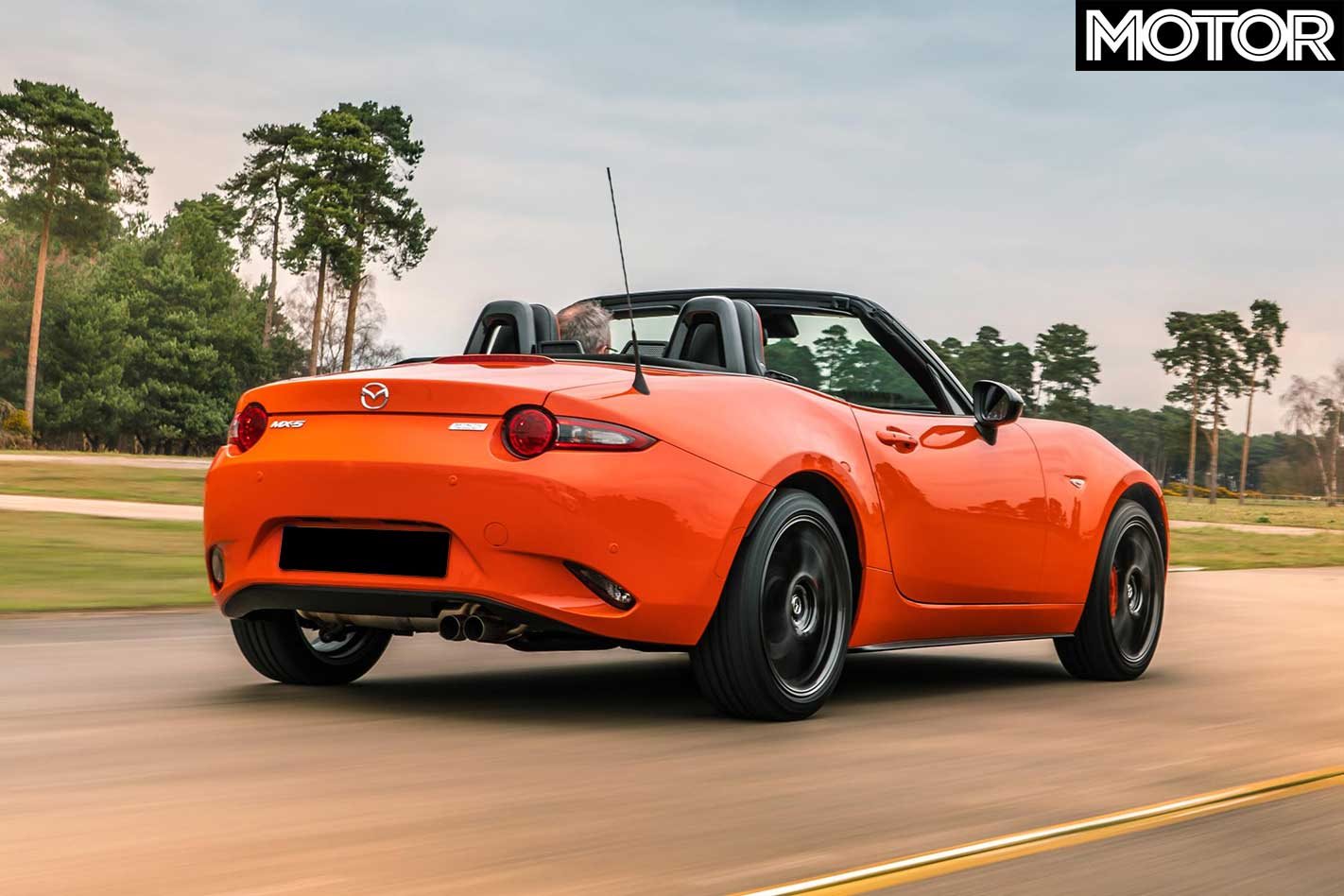 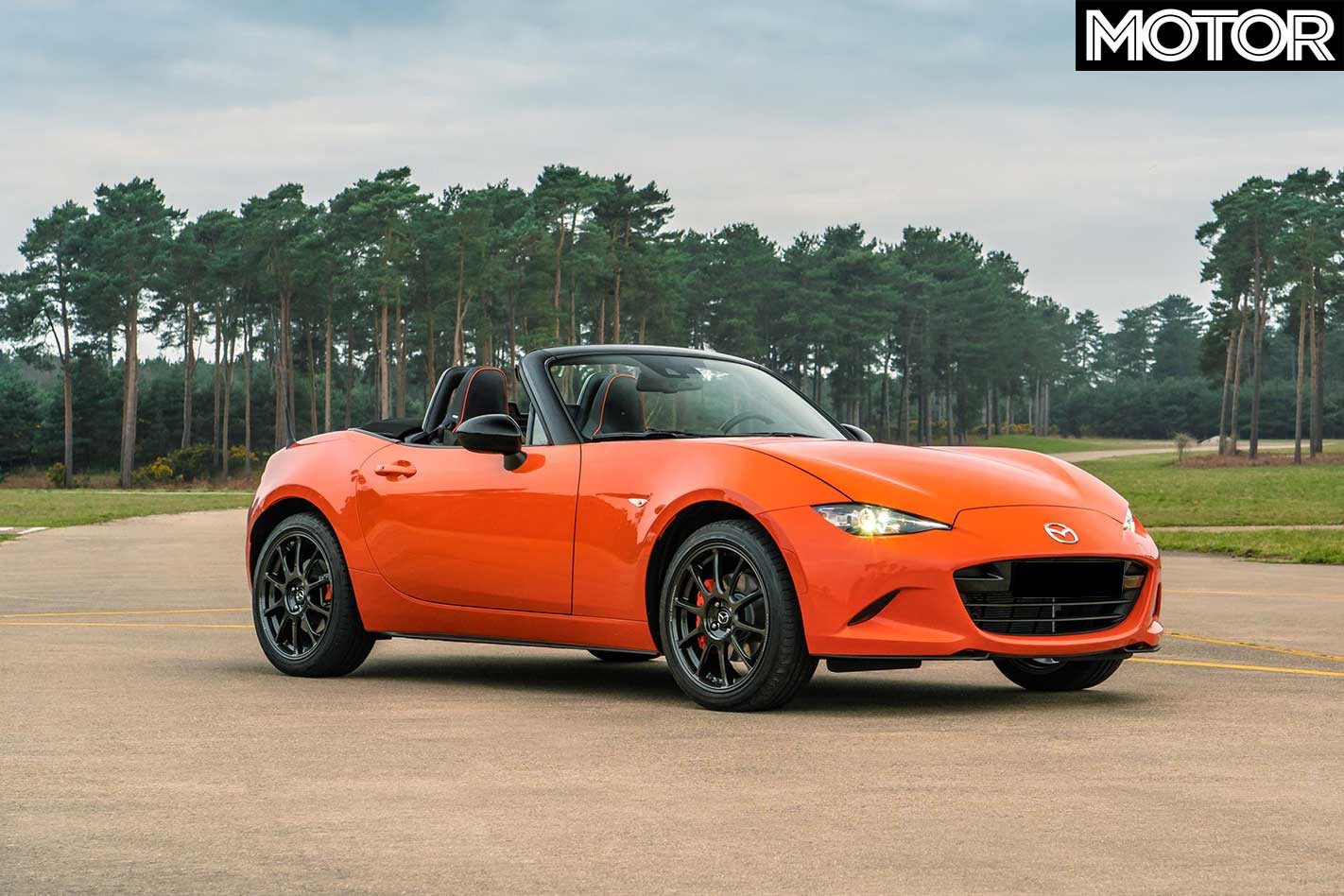 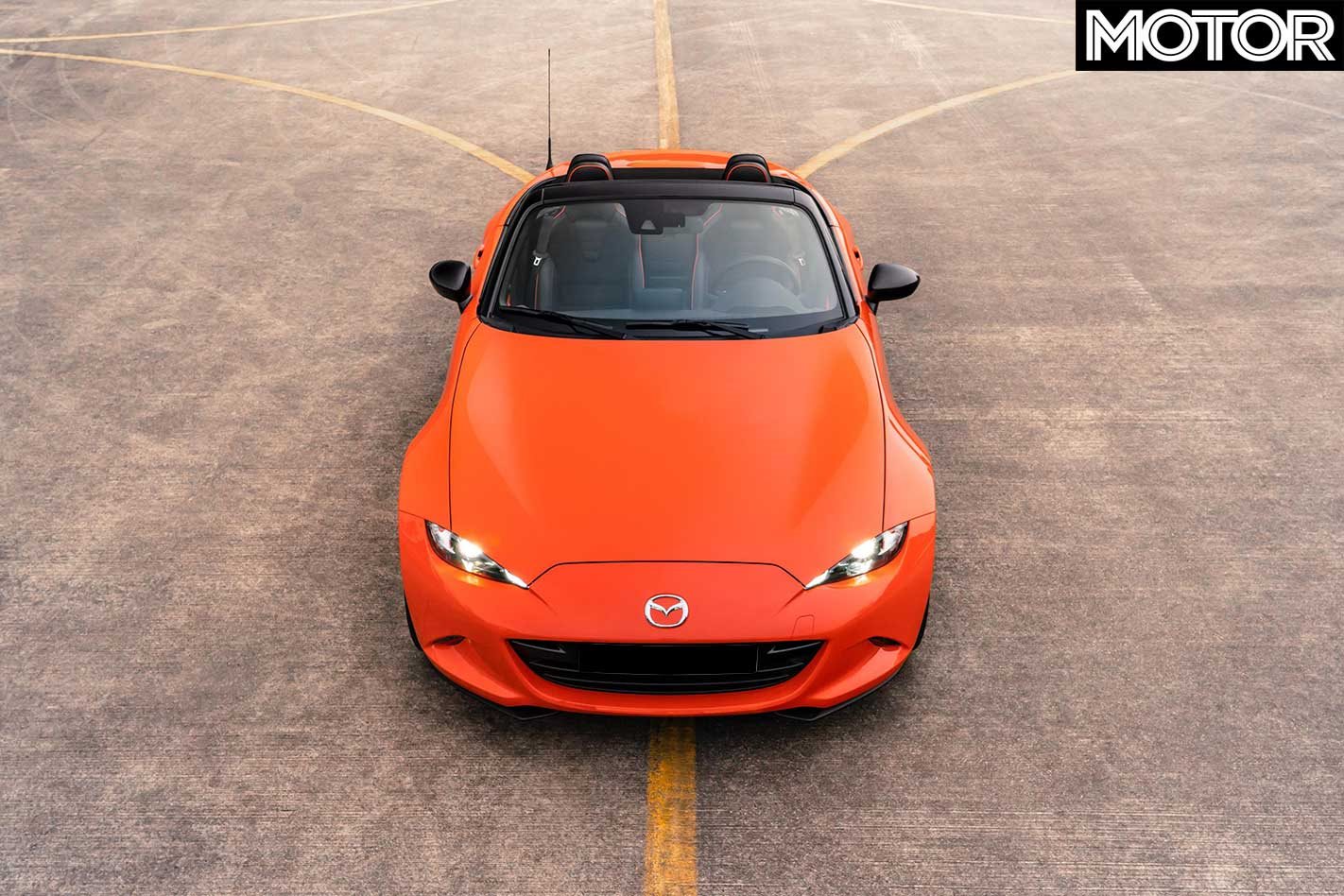 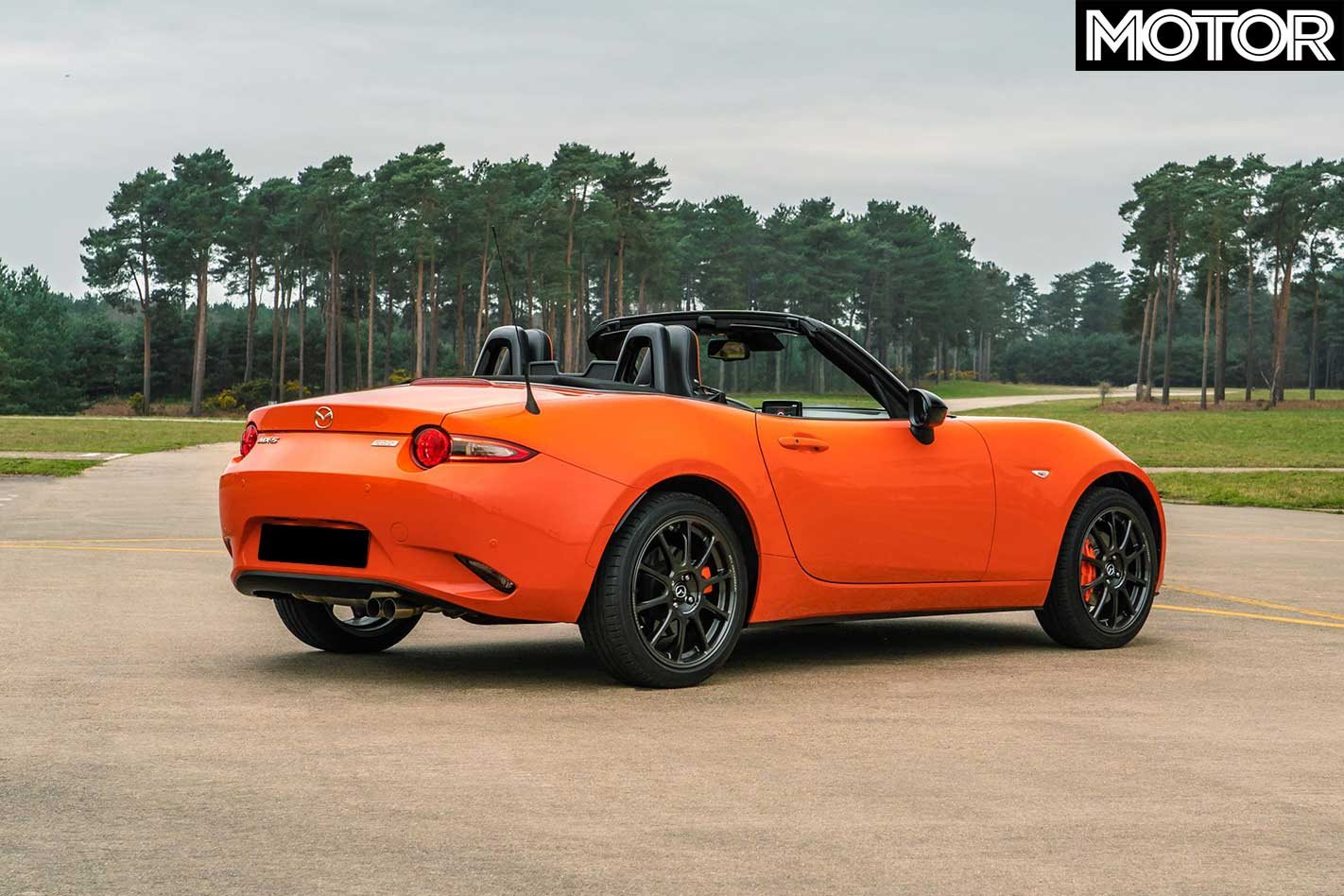 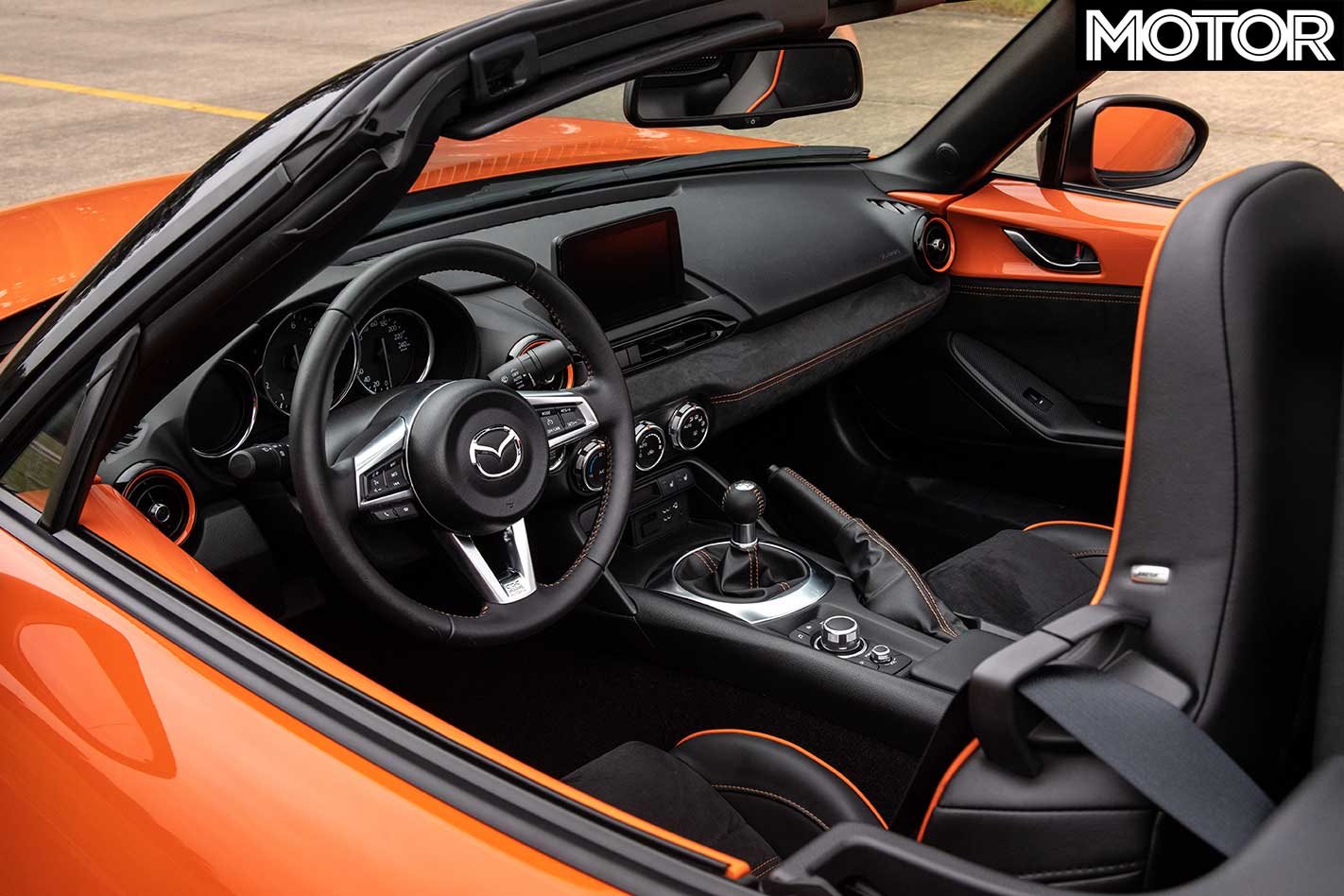 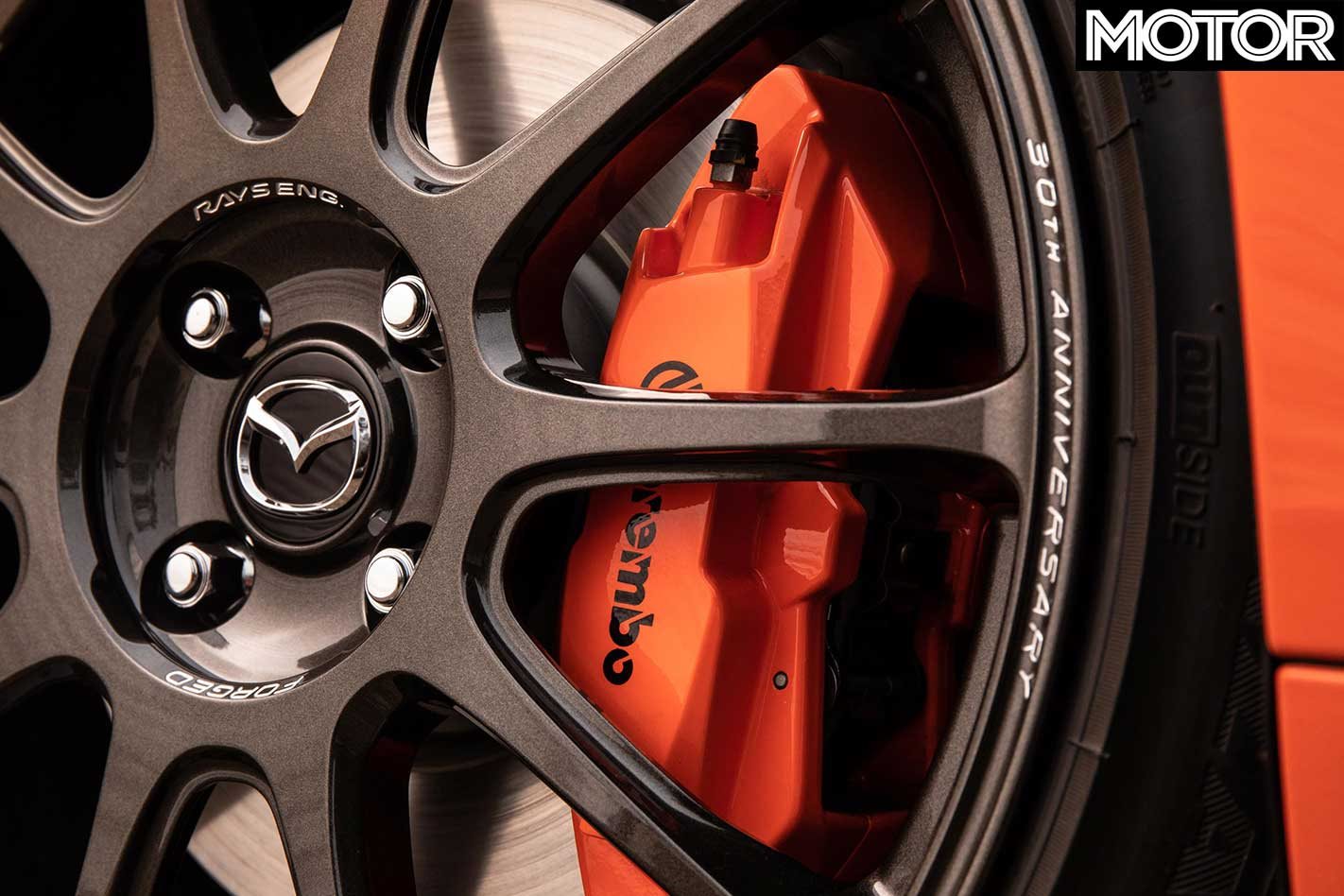 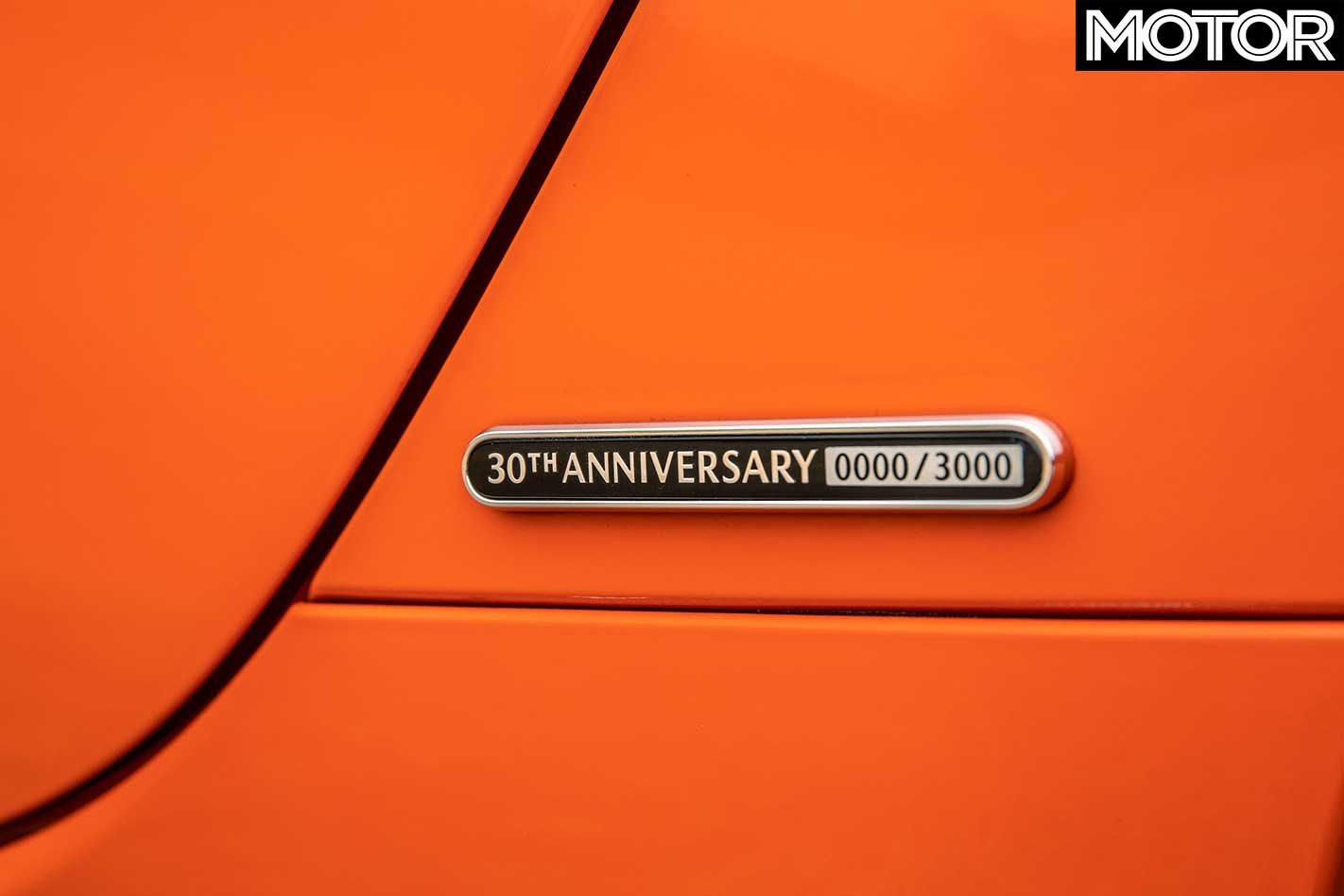 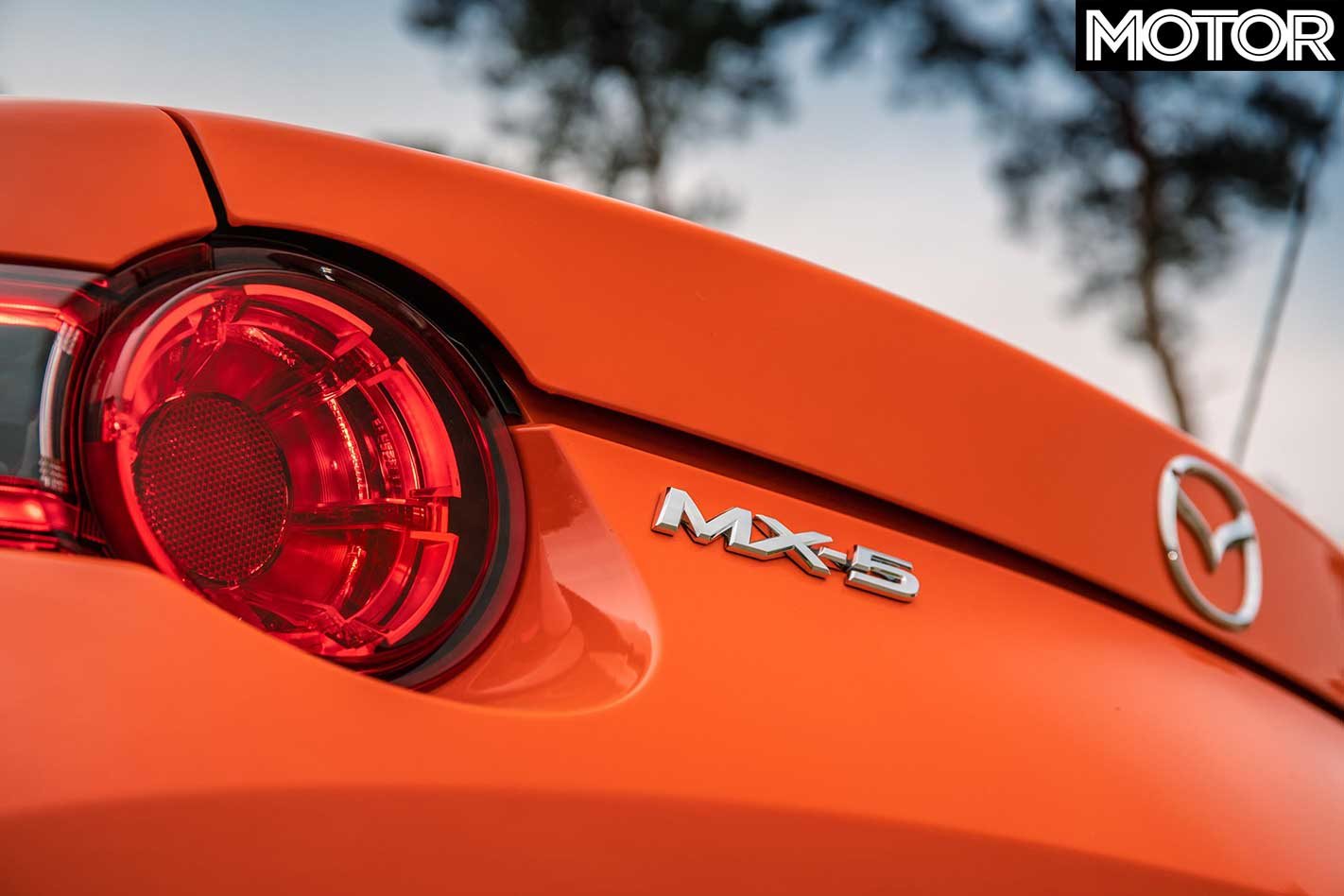