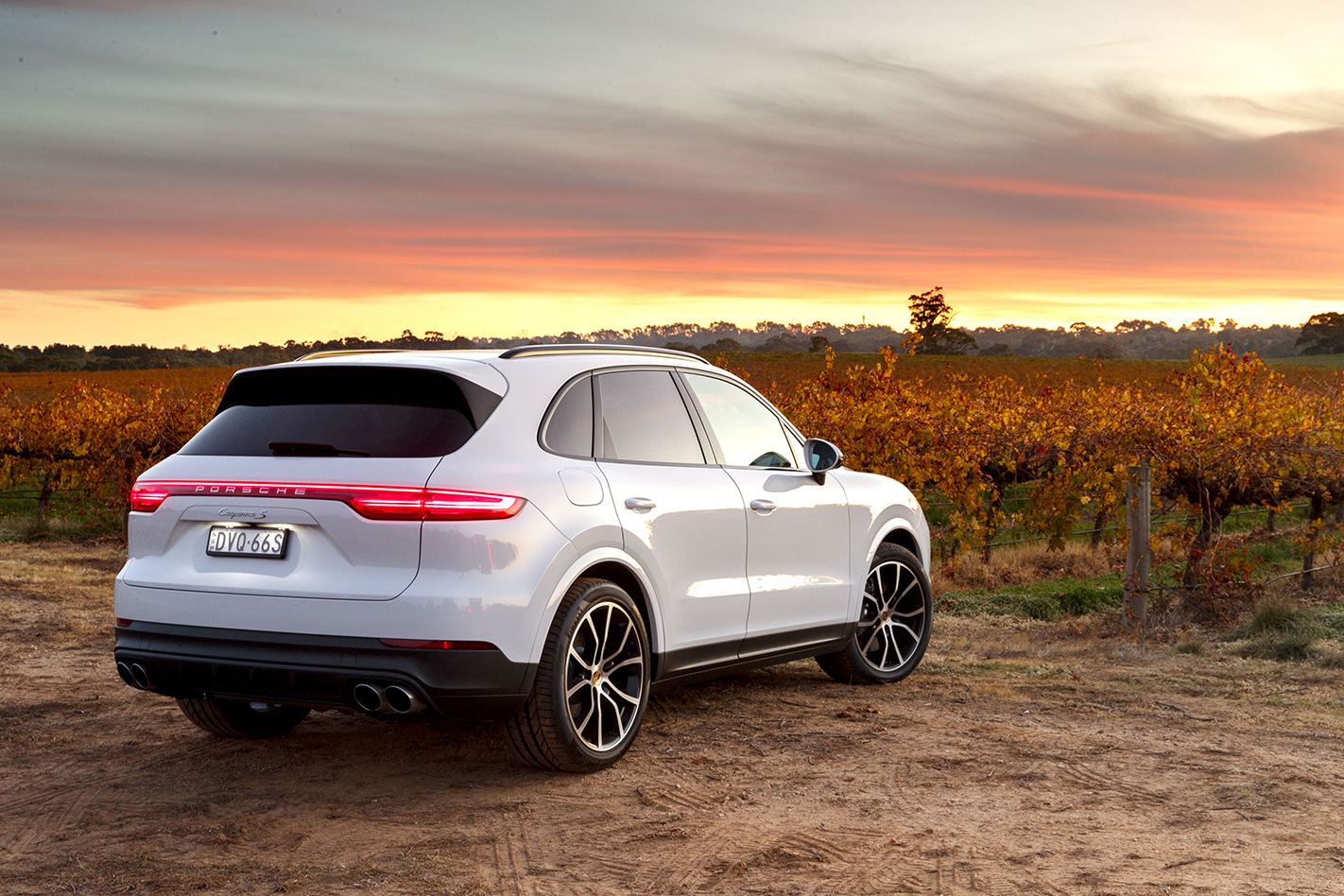 We first drove the Cayenne at its international launch in Crete (Wheels, December ’17 issue); this was a chance to drive it on local roads in Adelaide and the Barossa region.

Someone has to make the most dynamically adept SUV; seems fitting that it’s Porsche. There’s little in the remit that’s missed here: dynamics and roadholding, powertrain polish and performance, and a properly premium-feeling cabin. Only elements of low- to medium-speed ride quality, less-than-feelsome steering and the cost of options blot an otherwise superb showing for this segment.

Back in 2002, a new global sport was born. It was called kickin’ the Cayenne, and it seemed everyone wanted a turn to sink the slipper. Porsche purists scoffed at its high-riding hideousness and abrasive ride; others were outraged that this iconic German sports car specialist would succumb to the lure of filthy lucre in the SUV segment.

Read next: Top 5 Luxury SUVs worth waiting for in 2018

Well, as we acknowledge the debut of the all-new, third-generation model, total sales for the nameplate are now well past 750,000. So it’s fairly clear who’s having the last laugh. But just as importantly, we can’t think of another large premium SUV that can challenge the new Cayenne for dynamic ability and driver involvement. 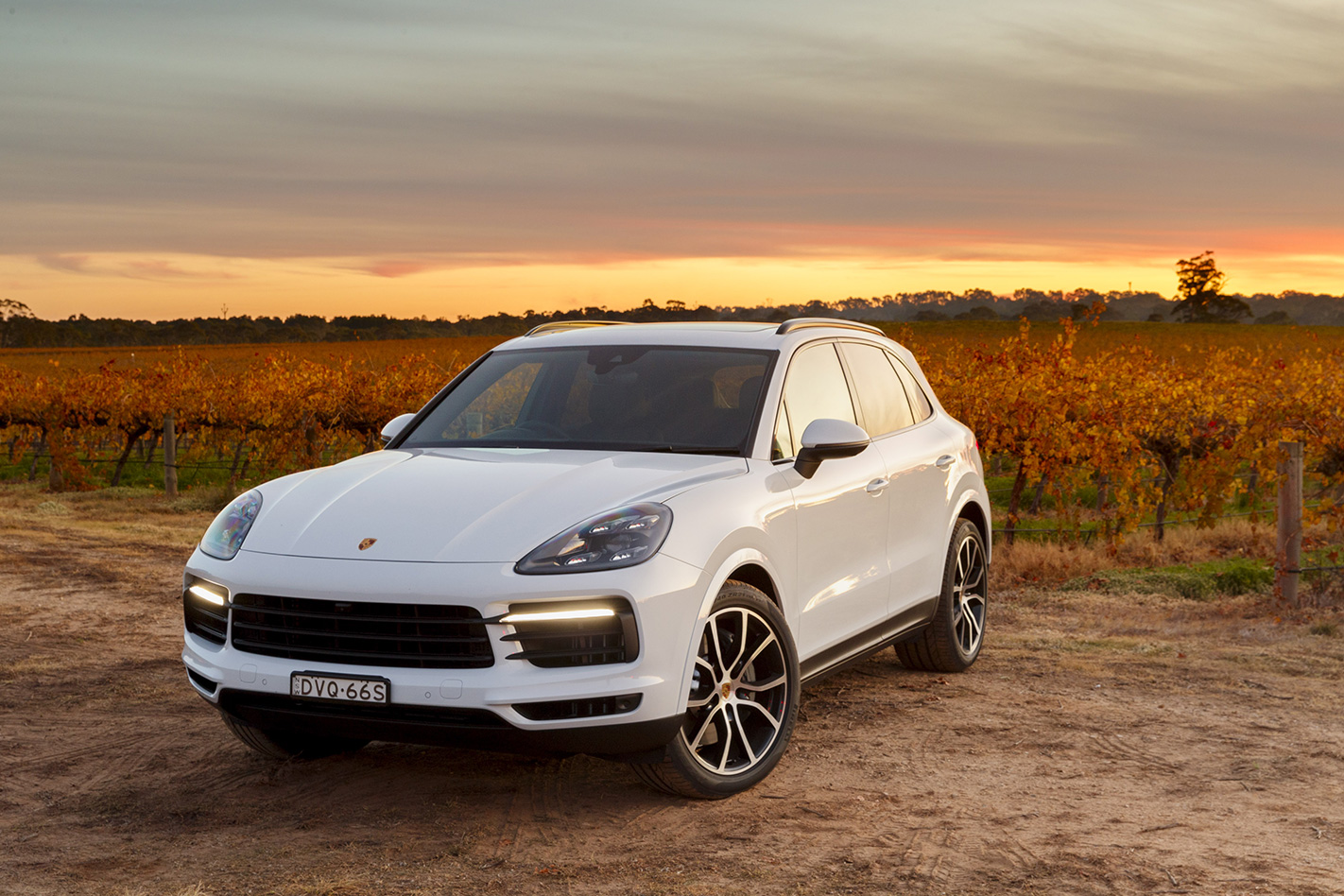 It’s a certainly less visually confronting these days … or perhaps we’ve just become more accepting of Porsche’s SUV design language via the Macan. Either way, the most salient point regarding Gen 3 is not the way it looks; rather the fact that virtually nothing of the previous model carries over. Only the wheelbase measurement is shared.

The modular architecture on which it’s built is the VW Group’s MLB Evo platform (shared with Audi Q7, Bentley Bentaga, Lambo Urus) although Porsche is quick to point out how much of the key chassis hardware – uprights, hubs, carriers, brakes, systems calibrations and more – are specific to the Cayenne.

There’s also been a significant change to structural materials and the construction method compared to the outgoing car. Greater use of aluminium means the bodyshell is now variously screwed, bonded and stitched, rather than purely welded, bringing increased rigidity while cutting weight by around 65kg, model-for-model. 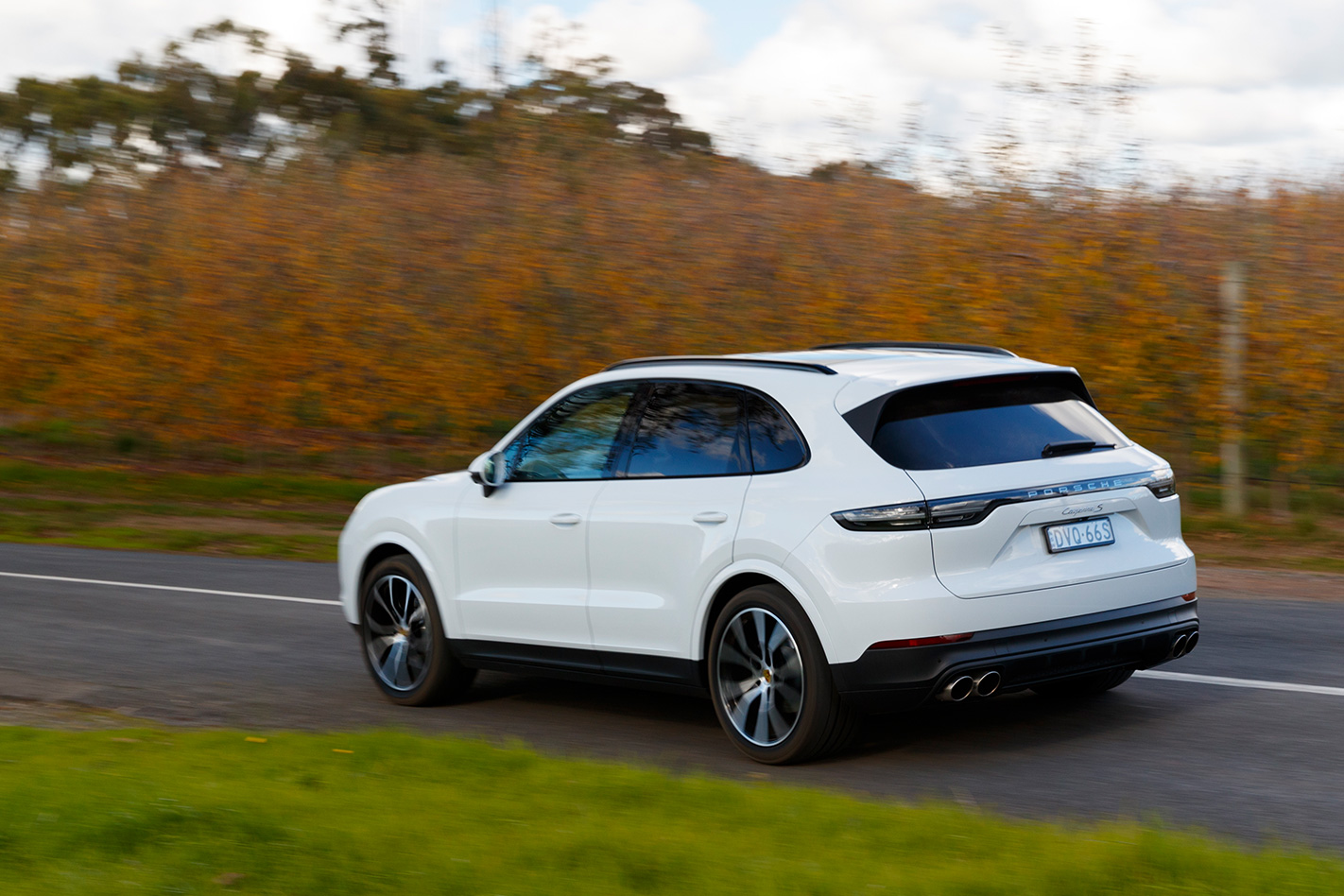 Initially, at least, buyers can order a Cayenne in one of three strengths that basically amount to swift, ultra-rapid or properly nuts. The engine line-up (all running an eight-speed torque-convertor auto) effectively mimics that of a trio of Panamera variants. The entry model (simply called Cayenne) runs a 3.0-litre, single-turbo petrol V6 making 250kW and 450Nm. It’s priced at $116,000 and delivers performance that will surely be deemed ‘more than ample’ for plenty of customers.

Porsche claims 0-100km/h in 6.2sec, and it always feels lively and responsive to the throttle. Critics may moan that this engine is a bit light-on for character, but there’s nothing wrong with its willingness to punch through the mid-range and remain unstressed when working hard up around 6000rpm. It’s worth noting that this model comes standard with steel springs for its adaptive dampers, and the ride (regardless of the dynamic mode selected) is never as composed as that of the upper two models that run three-chamber air springs. Fortunately, this air-sprung set-up is on the long list of options available for the base Cayenne.

Above it sits the Cayenne S, powered by the Panamera 4S’s 2.9-litre twin-turbo V6, tuned for an identical 324kW and 550Nm. The price jumps significantly (to $155,100, up nearly $39K over the base car) but so does performance, while a meaner, harder-edged character is bundled in free. Not only is must-have air suspension included, but the brake package steps up from a four-piston, 350mm (front) package on the base car to a six-piston set-up clamping 390mm front discs. If that’s not enough, both Cayenne and S can be optioned with the 10-piston/415mm front disc whopper-stopper set-up from the Turbo, though a minimum of 21-inch wheels is required for clearance. 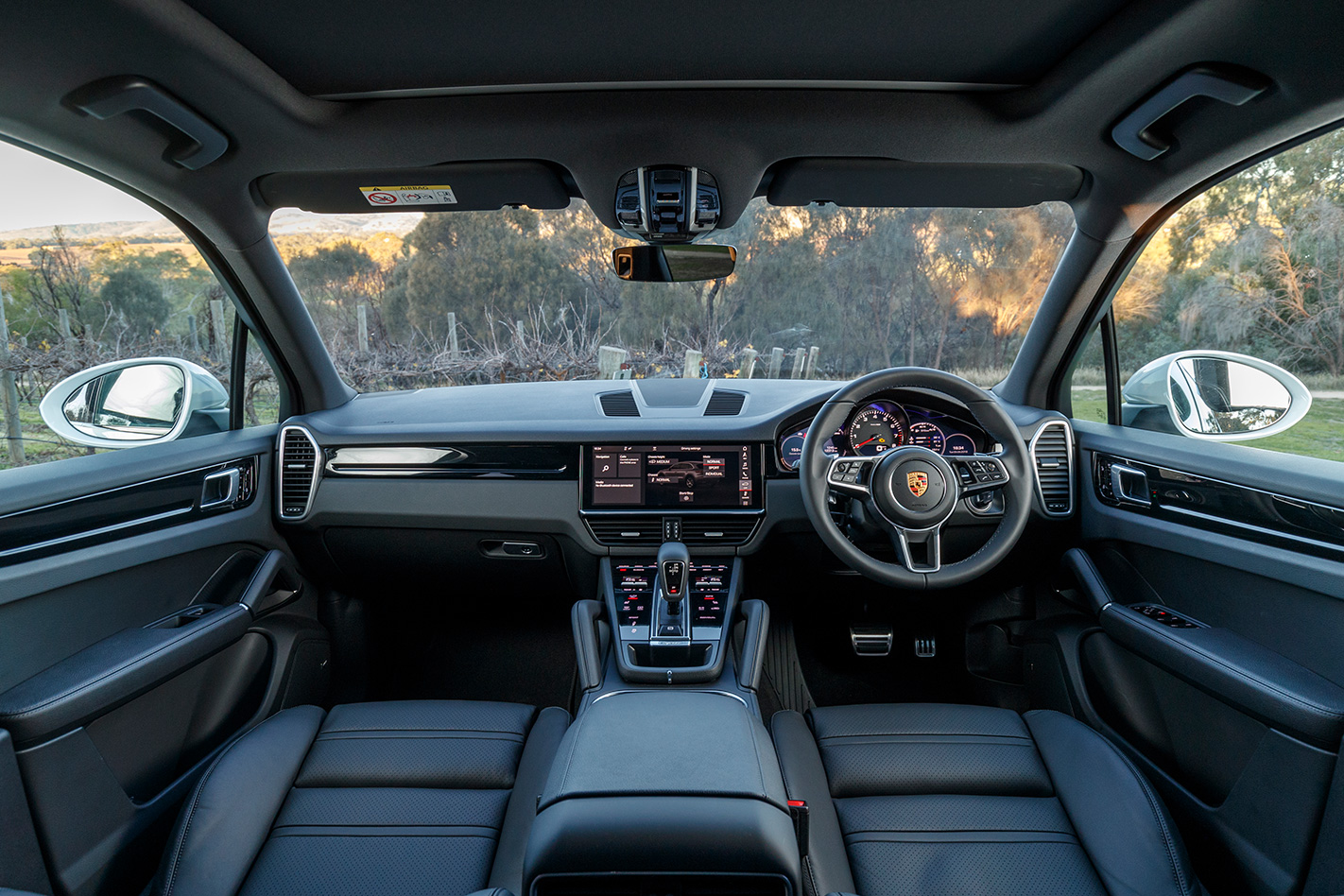 Ah yes, the Turbo. Power junkies with money to burn may be unable to resist the lure of its fabulous, so-fruity twin-huffer 4.0-litre V8 (making 404kW and 770Nm), and its addictive, time-space-compression ability. The Turbo will also quickly strip your account of at least $239,400, but considering this engine with AWD in a Panamera costs $384,500, seeing it as a value proposition doesn’t seem utterly absurd.

Especially in light of the improvements to the cabin’s sense of space and premium feel. The step forward in terms of design, materials, tactility and equipment levels is exactly what you’d expect of an all-new generation vehicle. Even in base spec, the Cayenne feels nicely executed. Start adding trim options and it becomes a properly high-end environment, from the size and resolution of the 12.3-inch display to the glossy, glassy panels either side of the gear selector that respond with a haptic click when key functions are pressed. Practicality has also been improved, with a rear seat that slides and tilts to free up an extra 100 litres more luggage space when shorties occupy the second row.

Perhaps you’re a late, even grudging convert to the SUV wave. Maybe you’ve driven a few in this segment only to find them still a little less than quit-witted and satisfying. The new Cayenne, with standard-setting levels of dynamic nous, may just be the antidote. 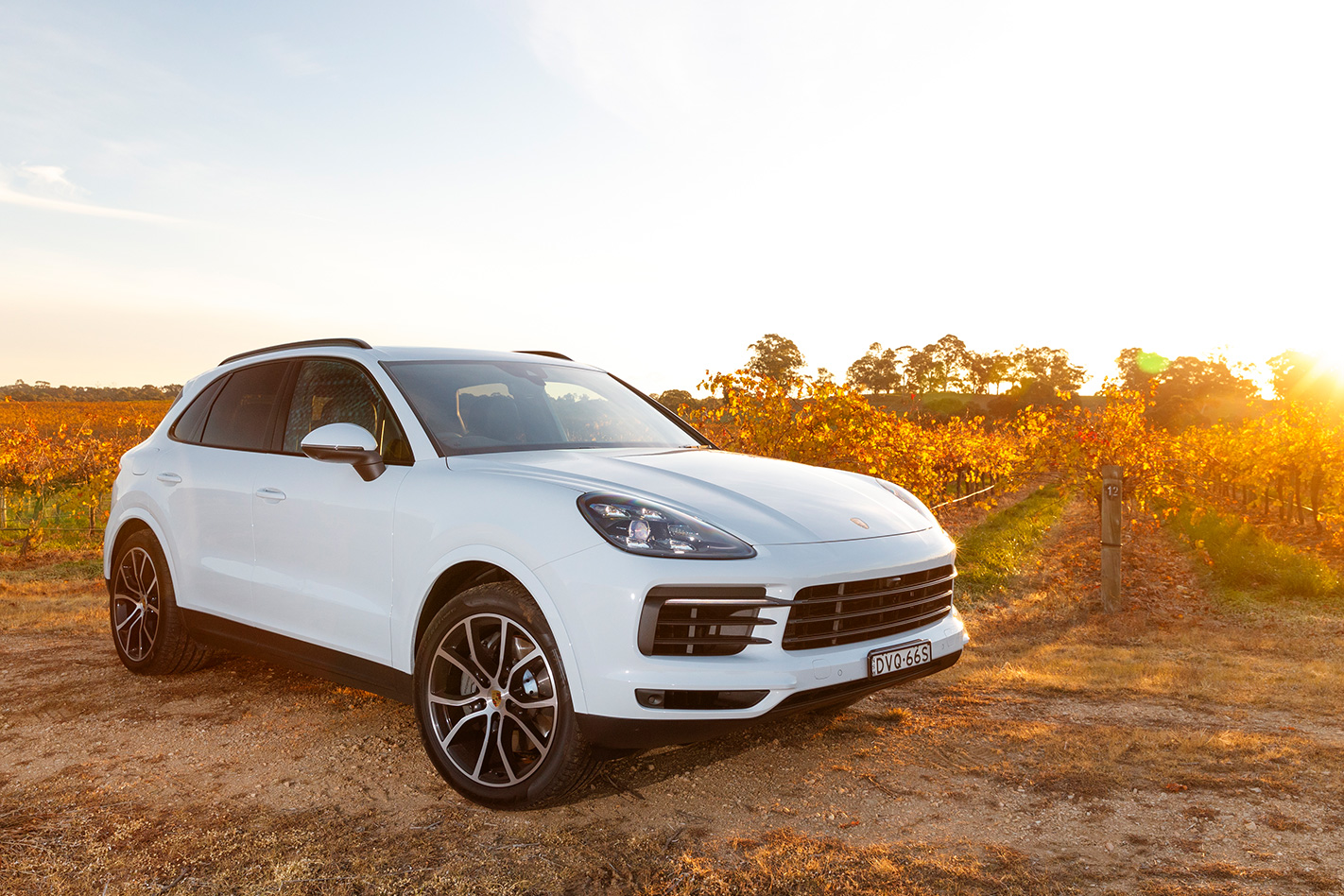 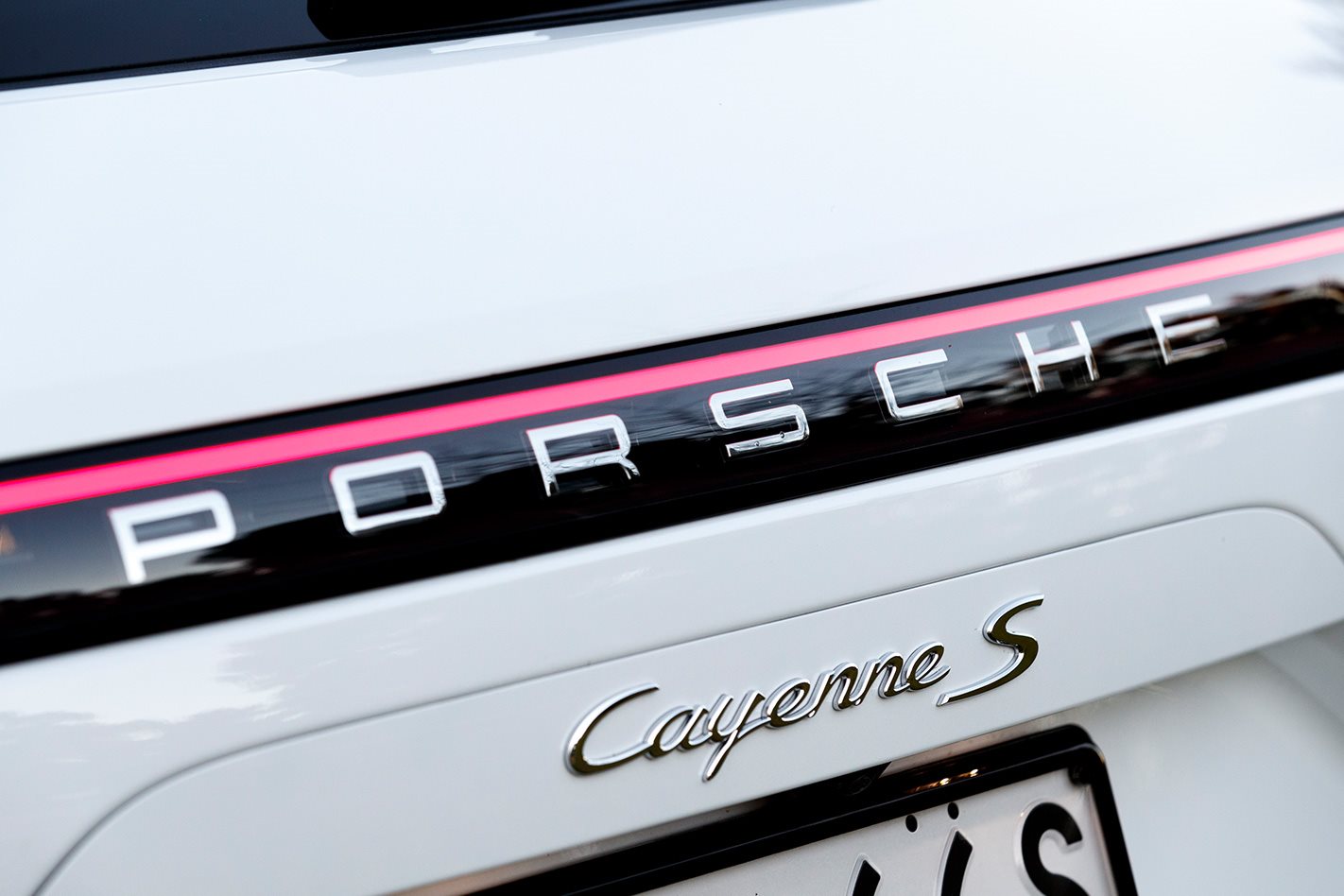 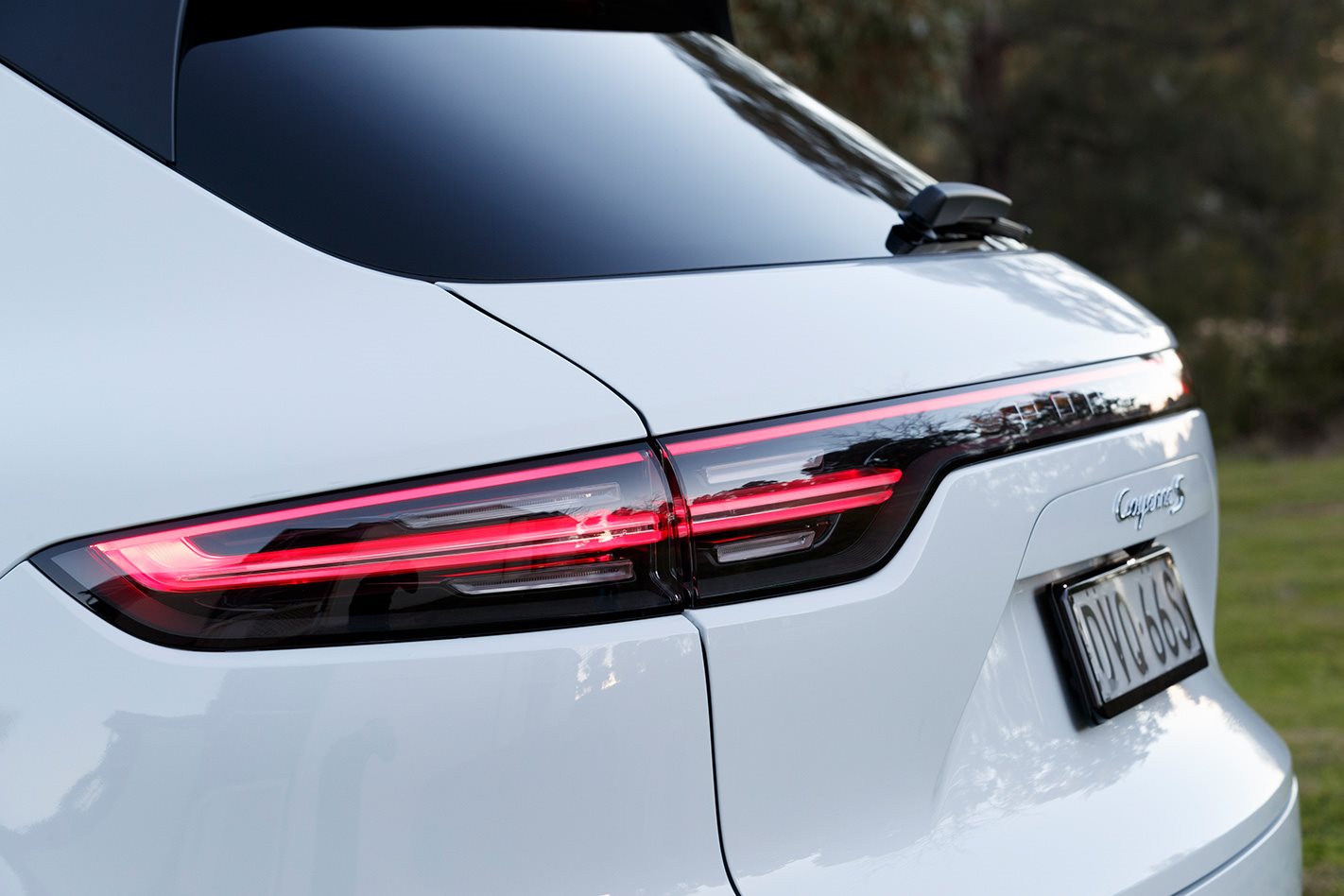 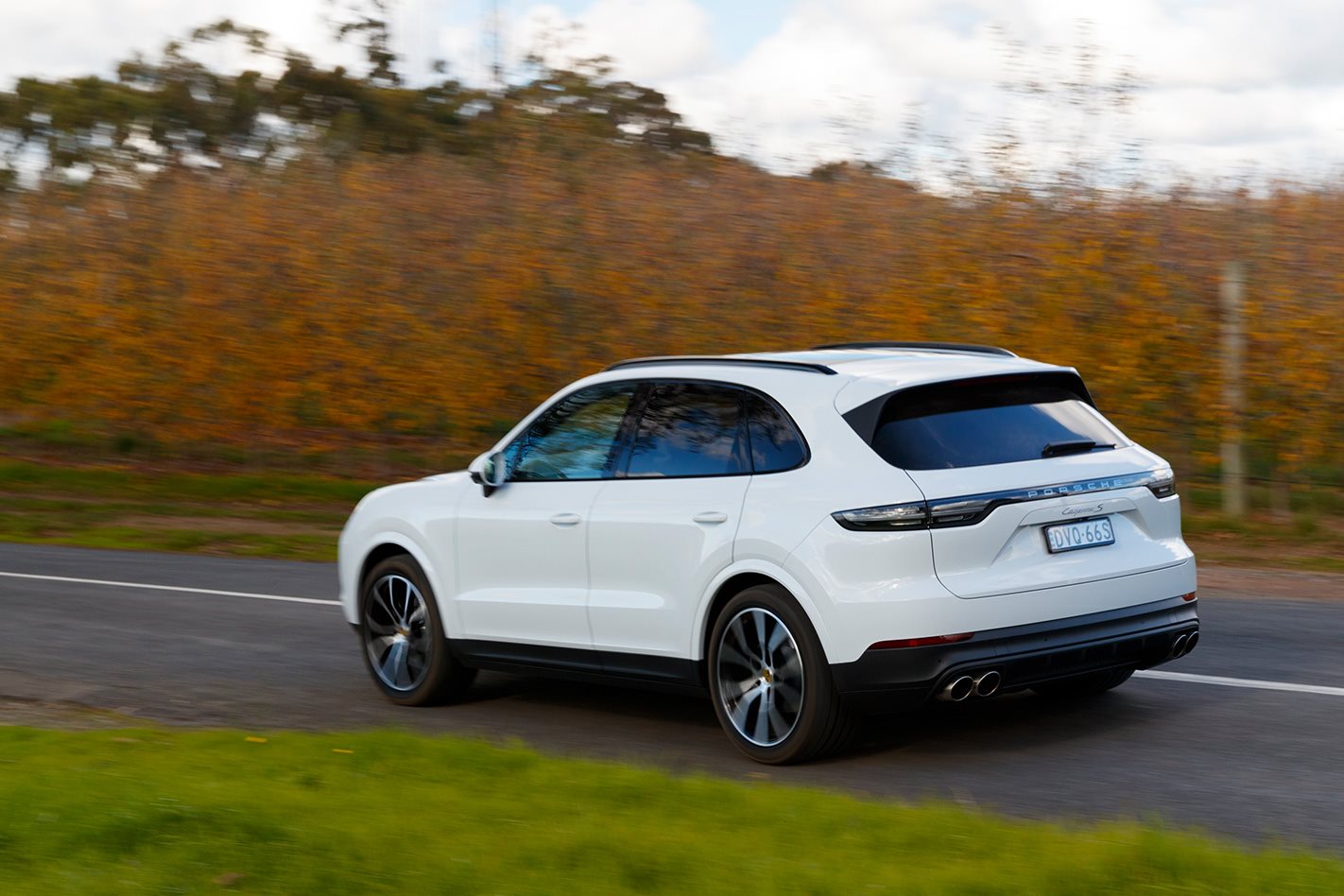 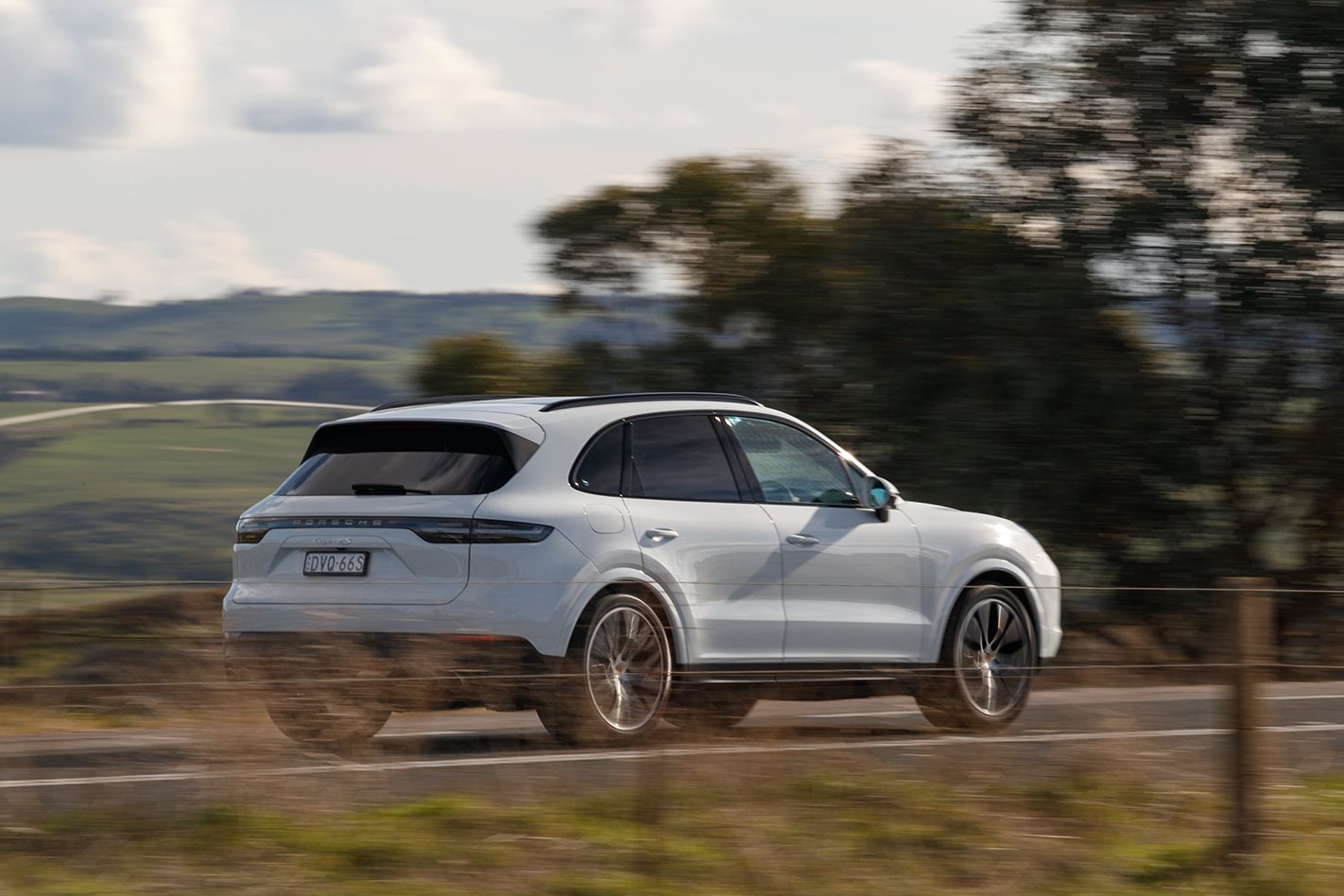 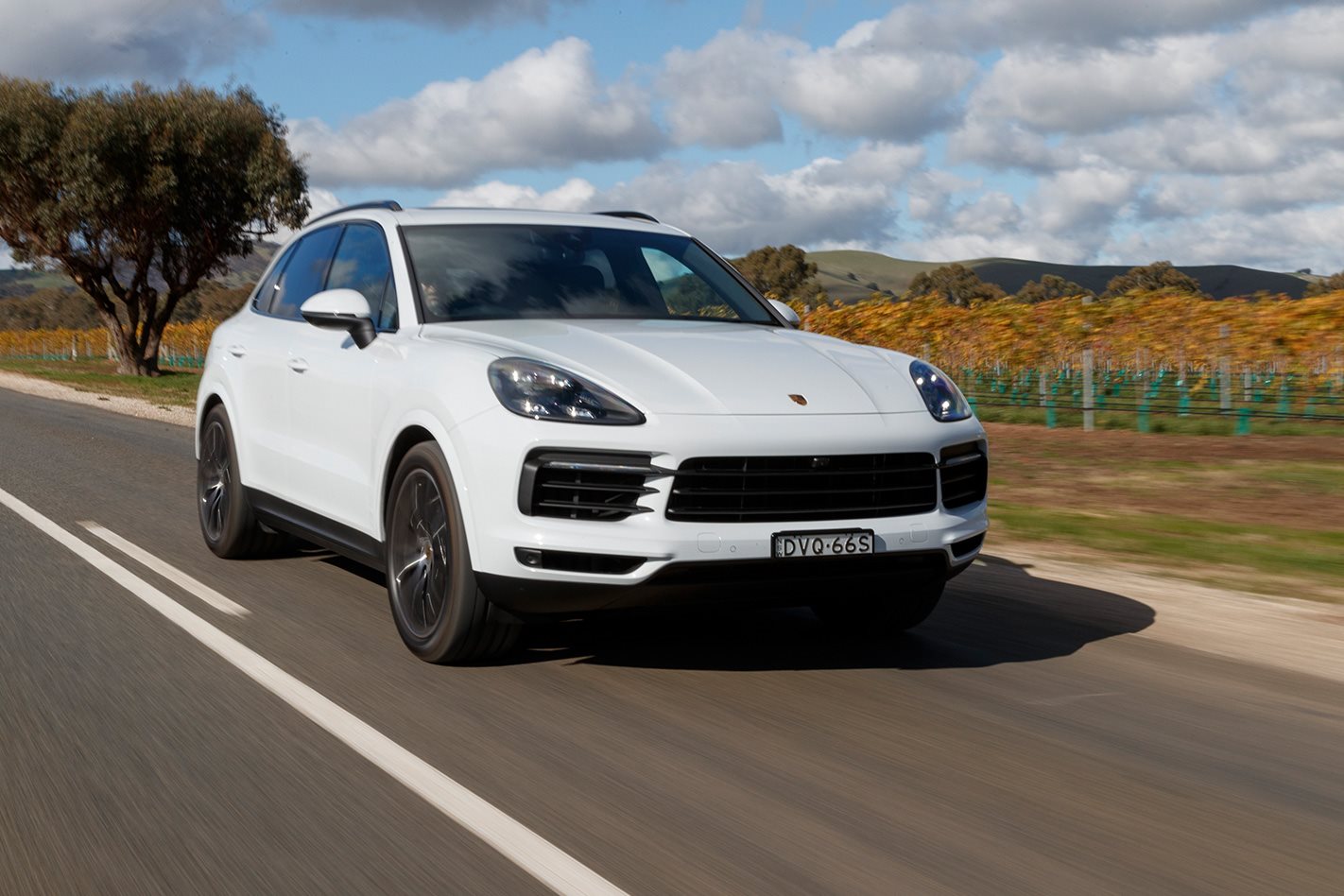 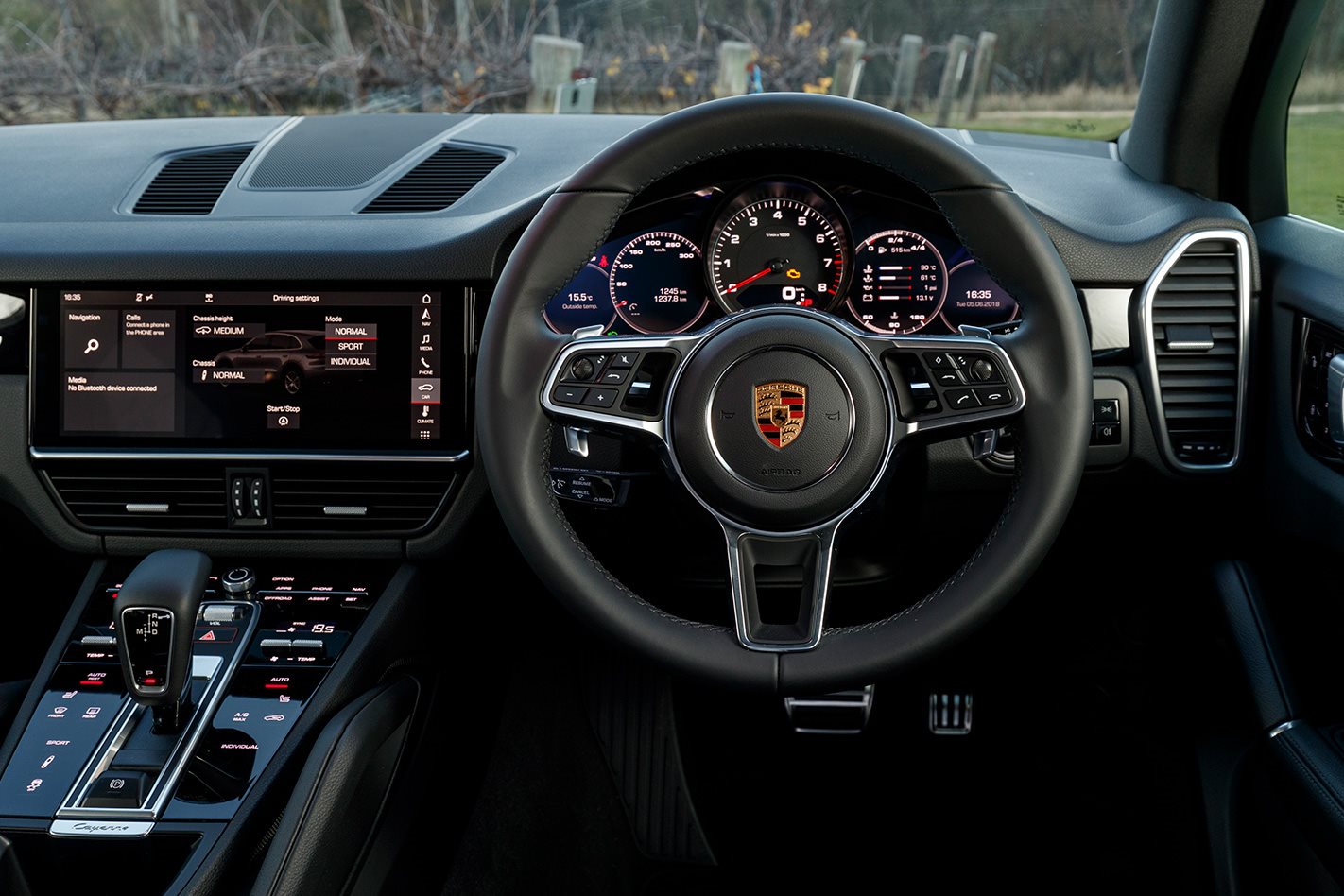 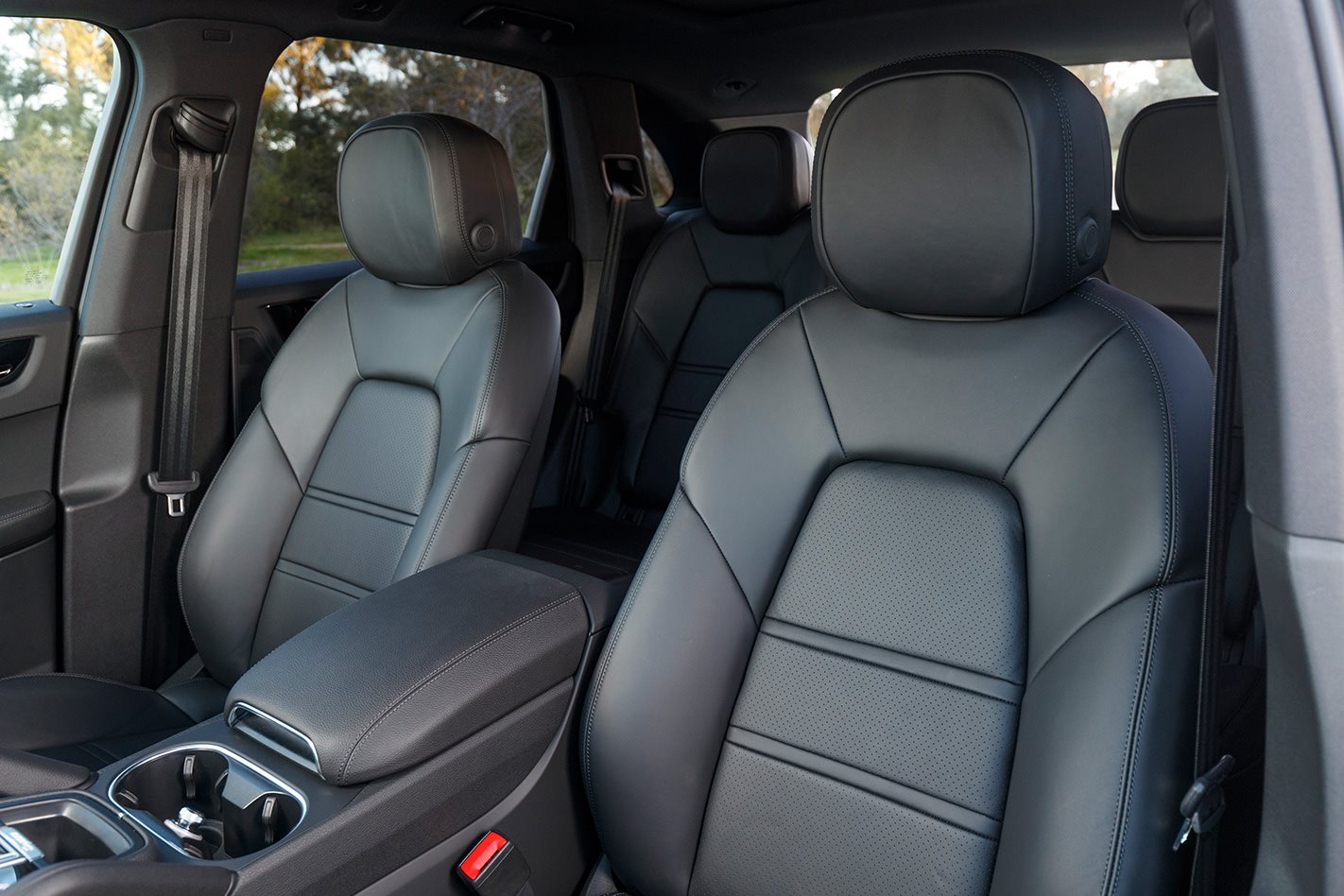 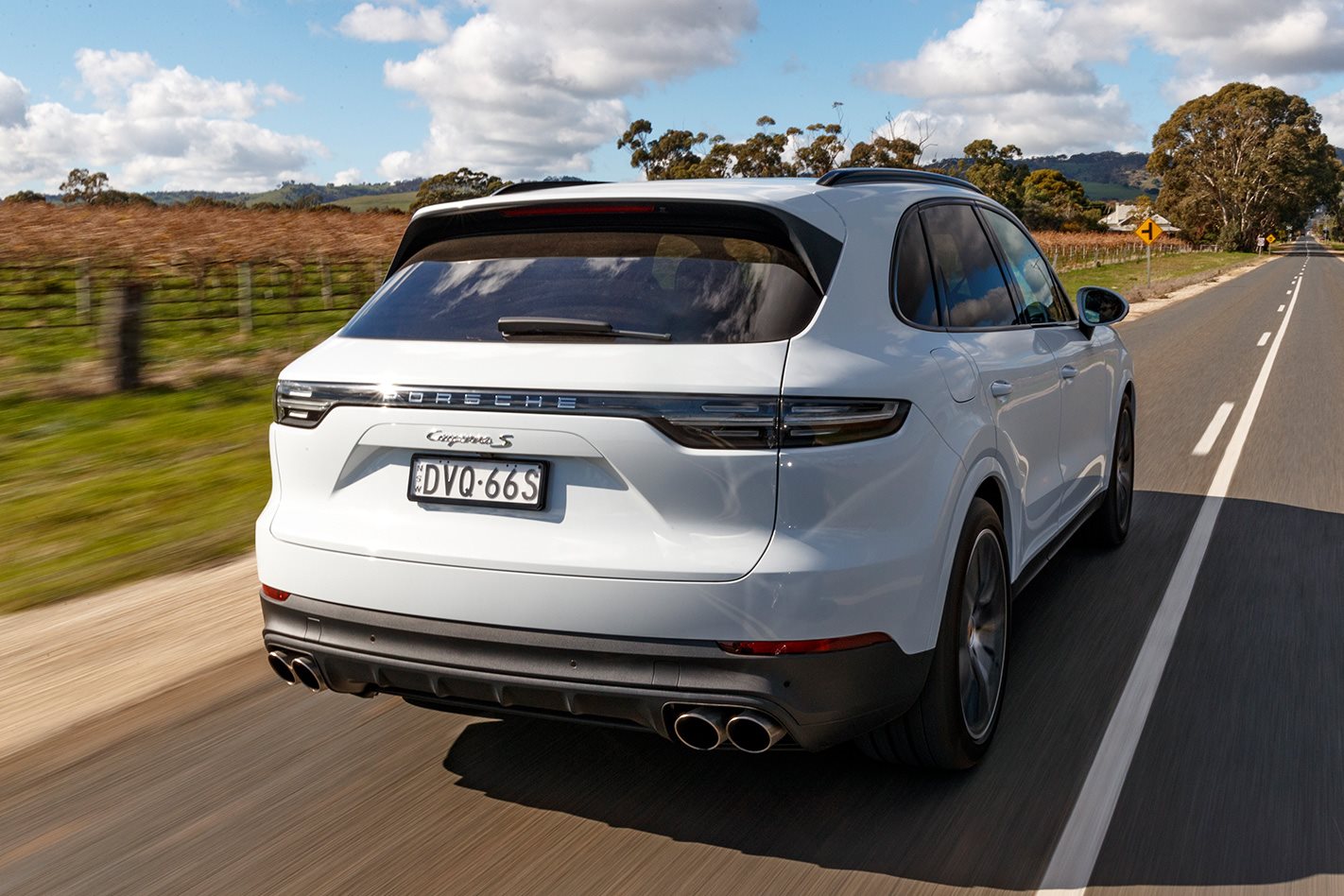 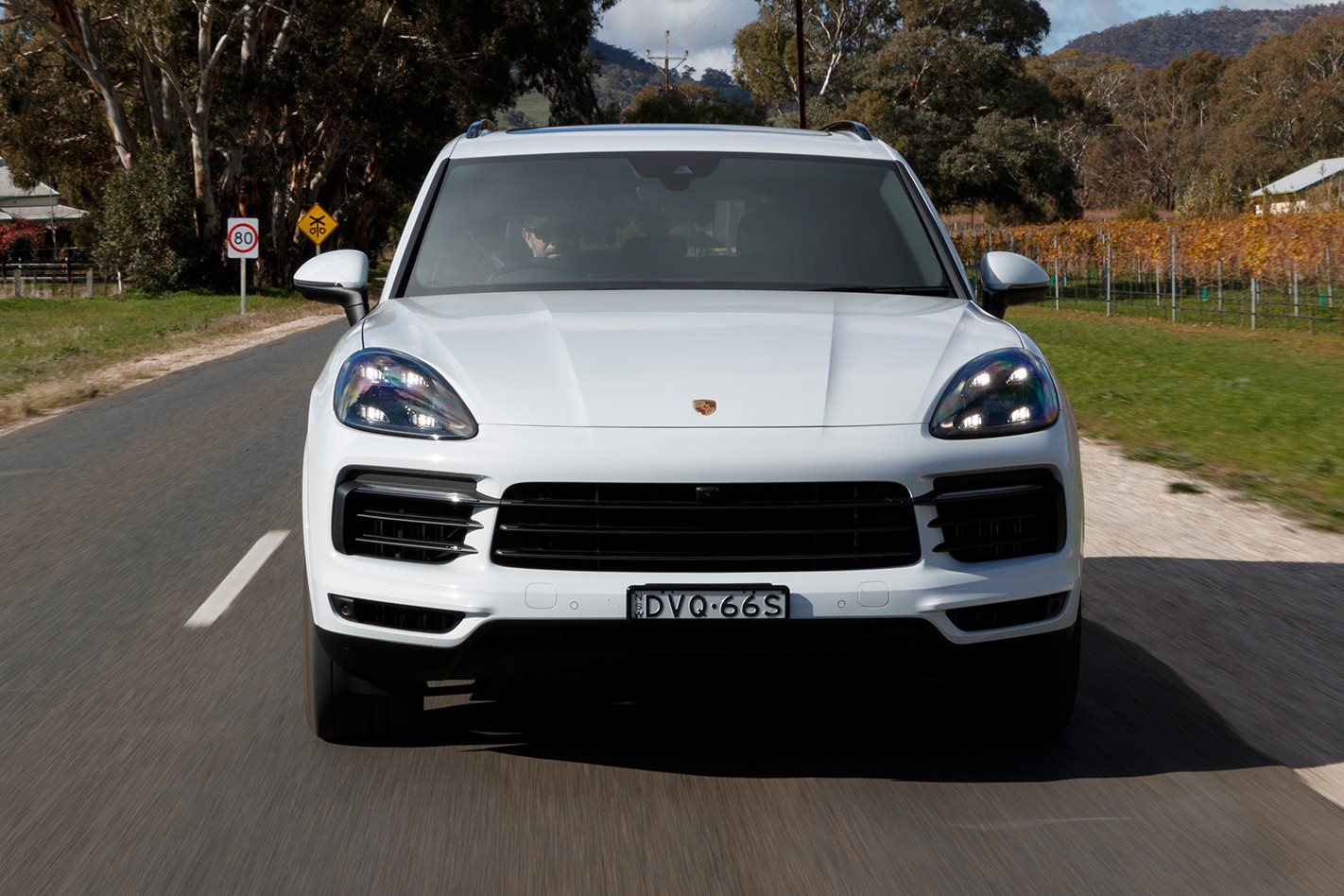 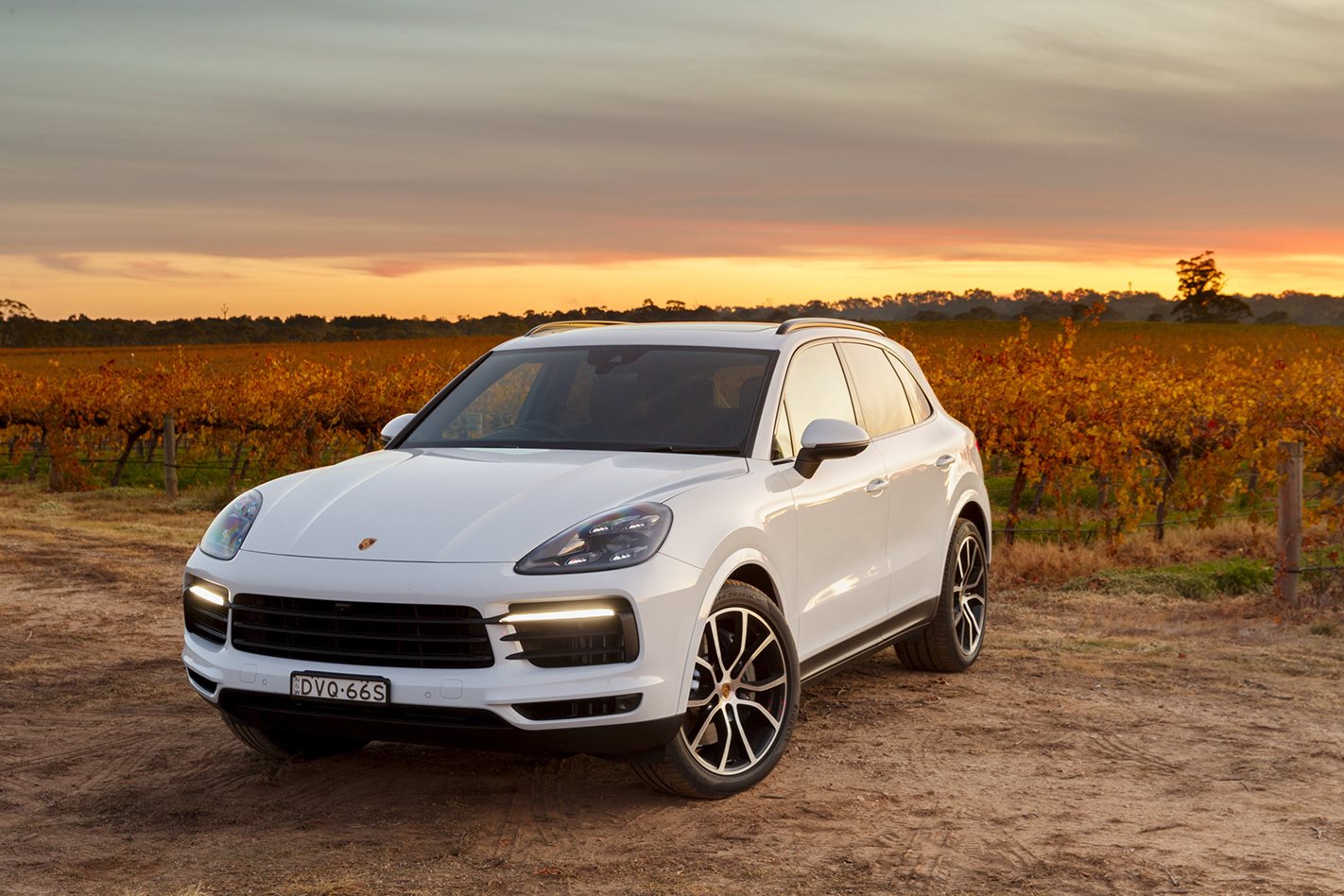 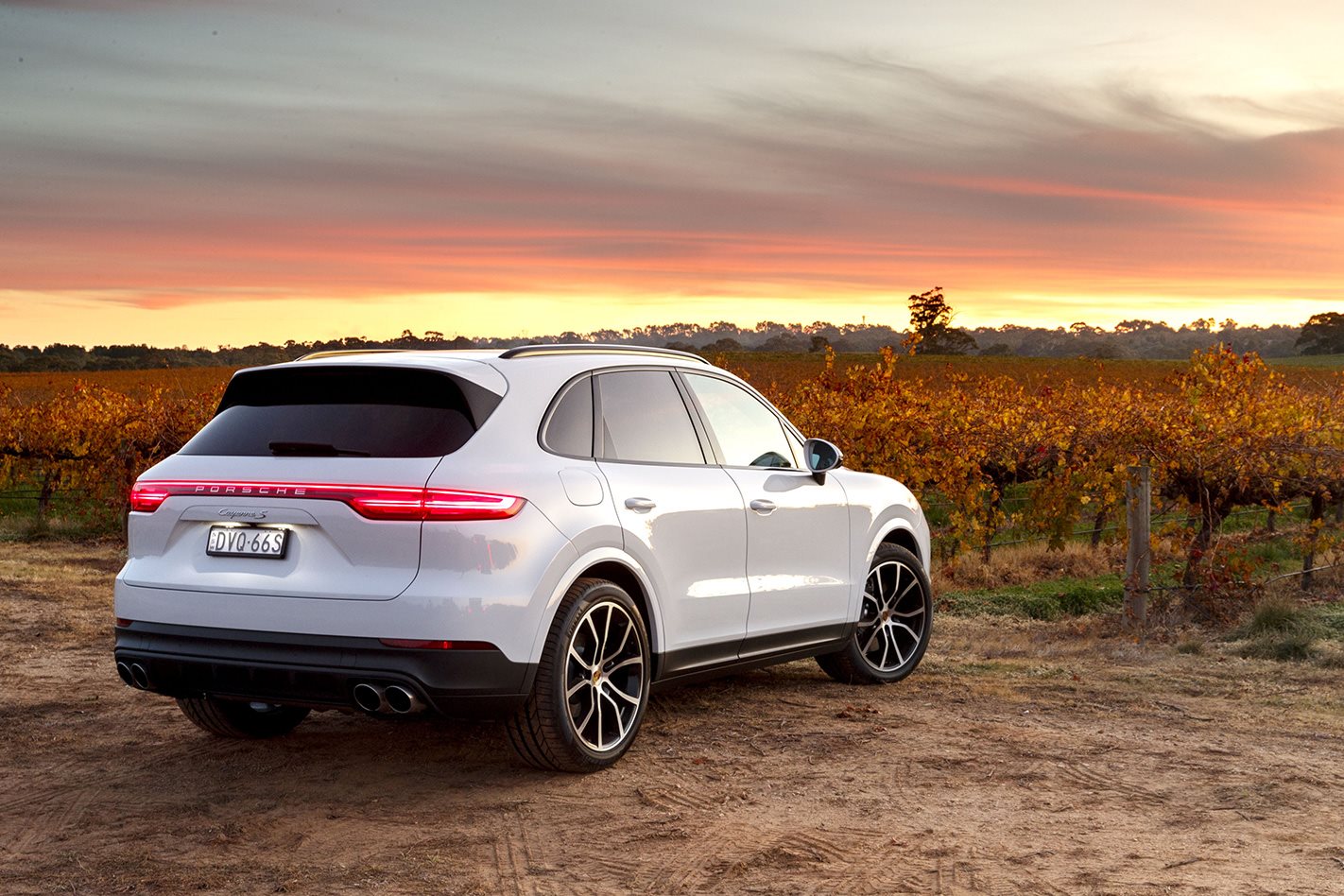 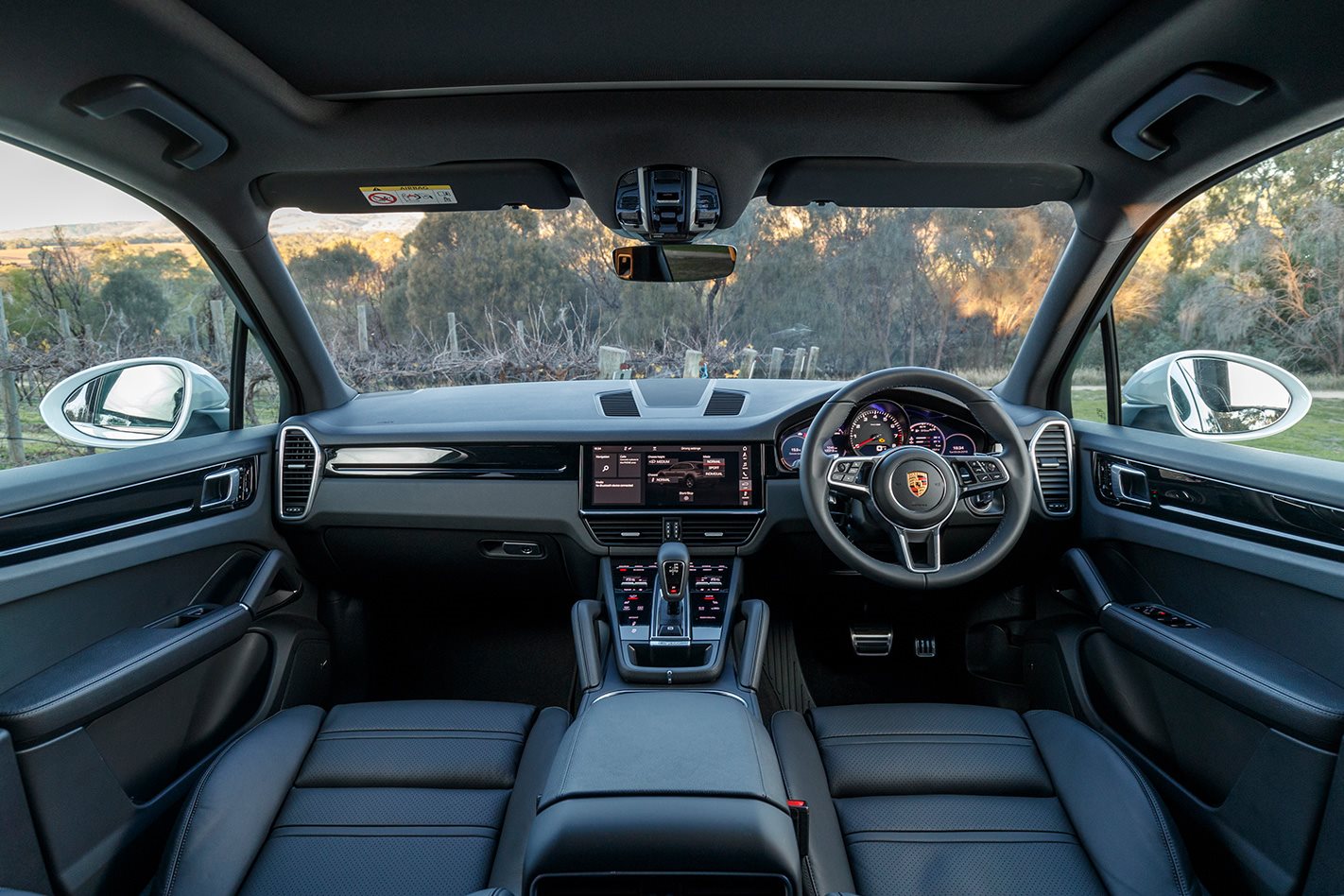 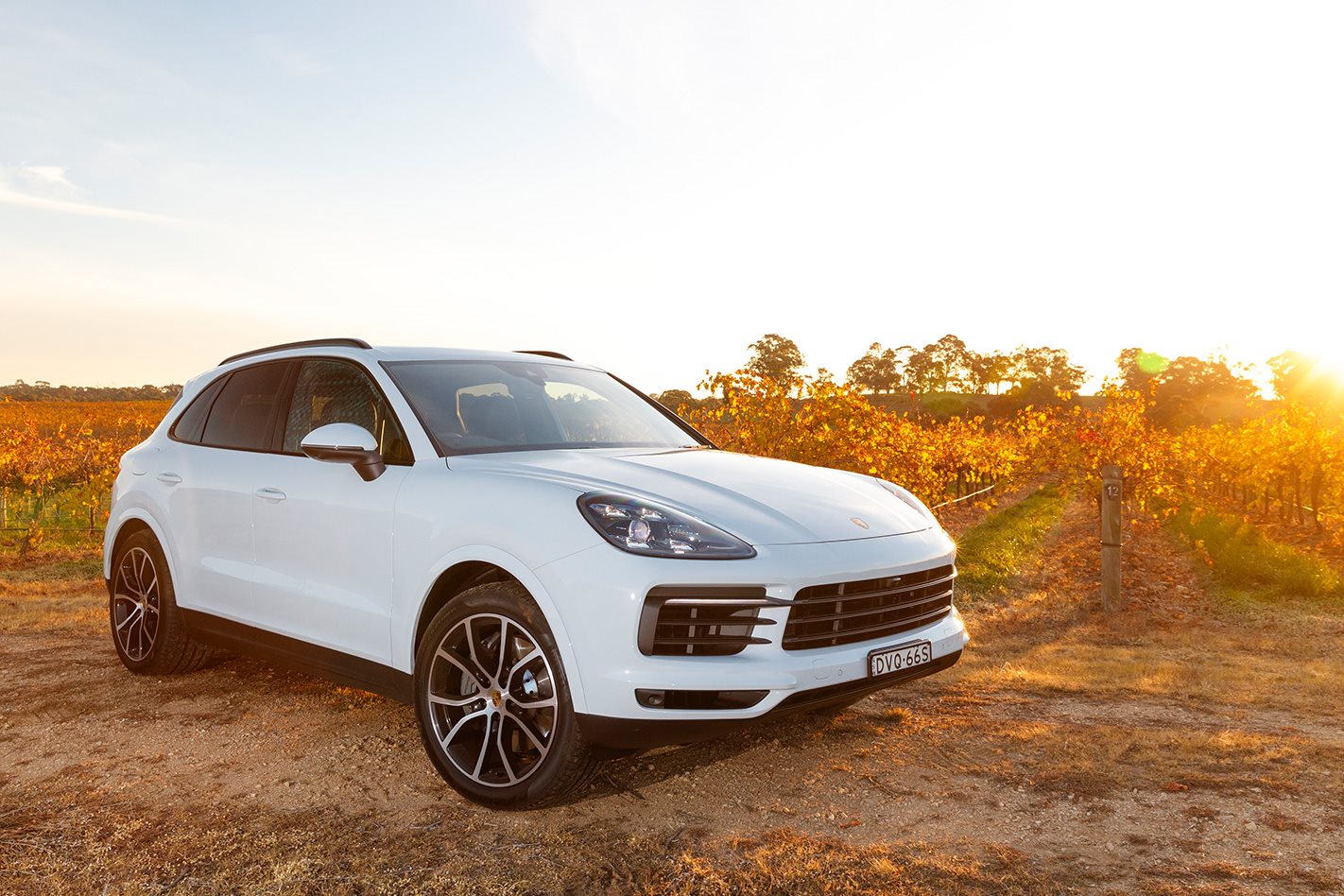