The ‘Rolls-Royce of SUVs’ is unsurprisingly the most luxurious, most refined, quietest and comfiest four-by-four of them all. And at $685,000 before customisation, the new Rolls-Royce Cullinan is, by some margin, also the priciest.

Surprisingly, Rolls-Royce reckons many will get used off-road. Super-rich buyers are expected to use their Cullinans to go places where no modern Roller has tread before. 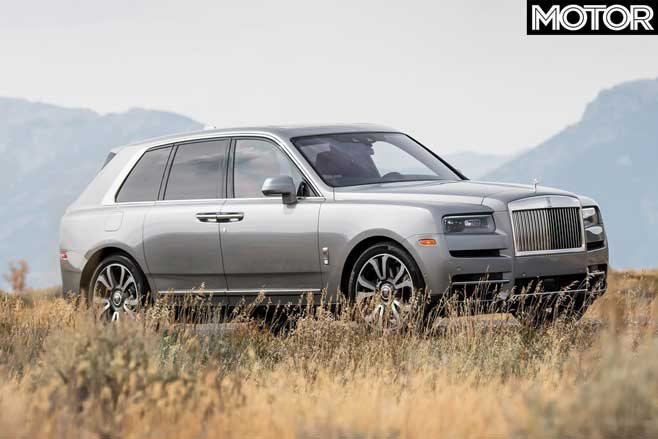 The Cullinan uses the new ‘Architecture of Luxury’ platform that first saw service in the latest Phantom, and will underpin every upcoming Rolls-Royce. It’s a highly configurable box-section frame made from aluminium castings and extrusions that allows more variability than high volume press-steeled platforms.

The body is shorter, stumpier, higher, a bit heavier and far less elegant than the Phantom. It’s no beauty, at least to my eyes, and clearly prioritises engineering and marketing functionality over styling.

There’s no doubting the superb standard of finish, though. From the lustrous stainless steel exterior brightwork including the temple-like grille to the superb detailing (those lower body ‘spears’, the laser lights), the Cullinan is beautifully crafted.

The cabin quality is also superb. It’s not just the look and feel of the leather, wood and metal controls; it’s the lovely fluent movement of those controls, including the column-mounted transmission wand and the organ-stop real-metal vent controls. The in-house developed sound system is also superb. 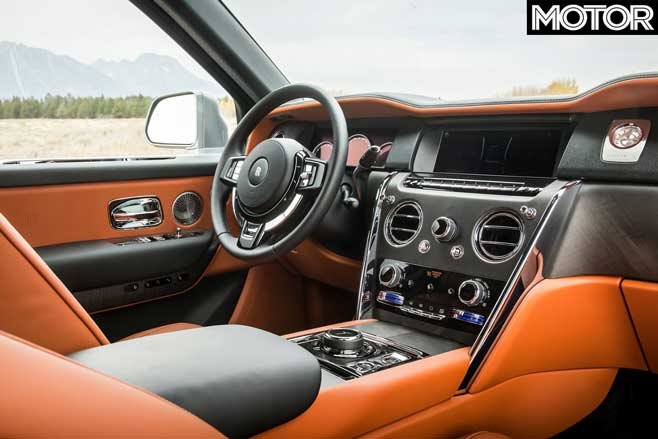 There’s the option of a folding bench seat – a Rolls first – or fixed rear chairs. Choose the latter option and you can also get a fixed glass partition between back seats and boot further to quell cabin noise.

Choose the regular folding seat option and the rear is a conventional hatch. The hatch tailgate is two-piece, so you can sit on the lower section when doing outdoorsy things – all part of the adventurous ethos. It’s the first-ever Rolls-Royce hatchback.

The clamshell-style doors wrap around the sills, so no dirty trousers on entry or exit. It also means a flat floor, with no sill to climb over. The rear coach-style doors also provide for a supremely elegant exit and look fantastic. Both front and rear doors can be shut, when seated, electronically by pushing a button. 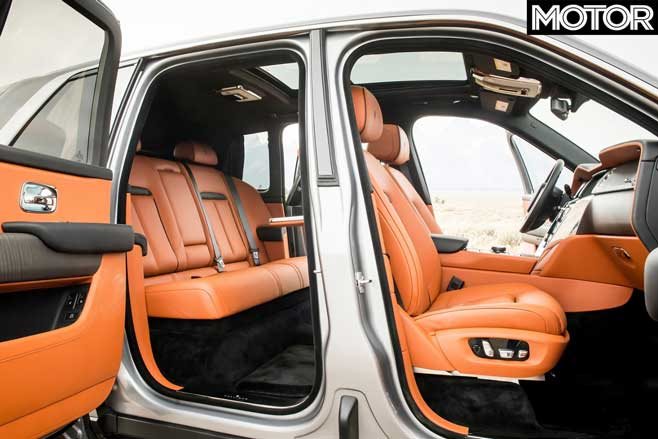 ‘Effortless everywhere’ is the Cullinan’s mantra, and it sums up the car well. On the tarmac, it purrs along almost as fluently and as quietly as a Phantom.

The engine is the new twin-turbo 6.75-litre V12. It’s remapped to deliver a little more low-end torque and is every bit as wonderfully smooth and responsive as in Rolls’ flagship. The V12 is near-silent, the ZF eight-speed auto magnificently smooth, road noise and wind noise barely noticeable. By some margin, it’s the world’s most refined and comfortable SUV on the blacktop. 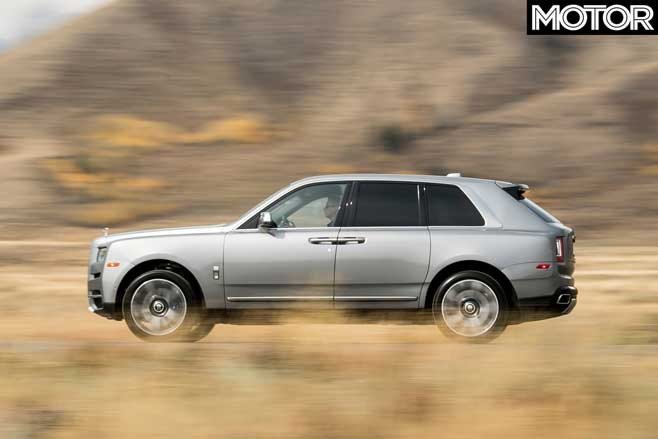 But it’s not the sportiest. Near 2.7 tonnes of mass, in fact. It disguises its heft amazingly well, and can be hustled along quickly with confidence. But when the roads gets twisty, a Bentayga or a Cayenne are more agile. The active roll bars and damping, satellite controlled gear shifting, and four-wheel steering all do their jobs manfully, but they just can’t compensate for so much bulk (including 100kg of sound deadening wrapping the cabin).

The Cullinan’s other great strength is its ability to glide elegantly, and quietly, over rough tracks. When venturing off-road, simply push the dainty ‘off-road’ button on the centre console, and the car’s suite of electro controls will do the rest. Ride height is elevated by 40mm. In such a mode, the drive-by-wire throttle is recalibrated, demanding more pedal travel to spur the Cullinan into action. Off-road performance can occasionally feel strangled. The upside though is a very linear and progressive power delivery, helped by that enormously torquey twin-turbo V12. 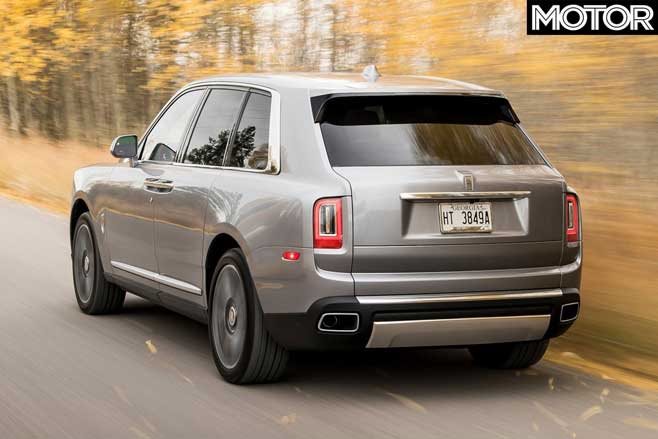 The looks may be challenging, and the price daunting, but the Cullinan sets new overall standards in the luxury SUV class. Its on-road comfort and refinement is a notch or two above anything from Bentley or Range Rover, and so is cabin quality and comfort. It’s almost as good as a Phantom on the tarmac – and that’s high praise indeed. And if it’s less agile than some lighter rivals, then that’s a trade-off most customers will probably happily accept.

More surprising is the off-road prowess. If ultimate go-anywhere capability is the priority, stick with a Range Rover. But if all-terrain comfort and composure is the goal, then the Cullinan sets a new benchmark: it really will do effortless (almost) anywhere. 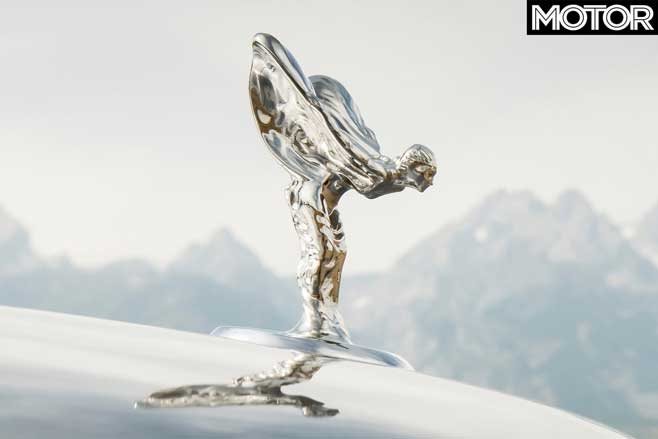 Like: Ultimate levels of luxury in an SUV body; impressive pace thanks to turbo V12; refinement
Dislike: At almost 2.7 tonnes, it’s heavy; most expensive SUV; who’s actually taking it off-road? 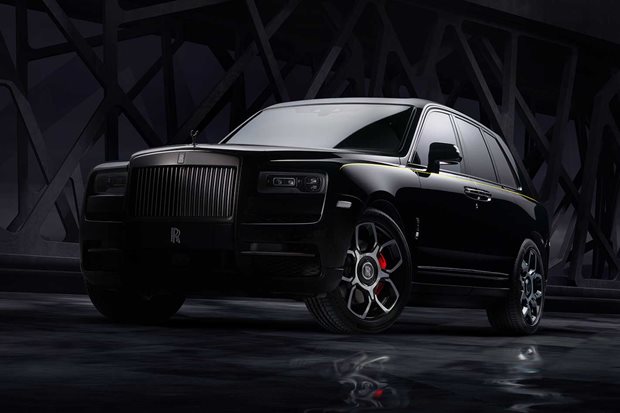 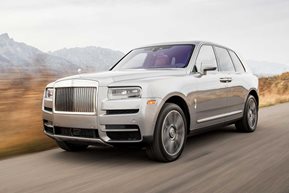 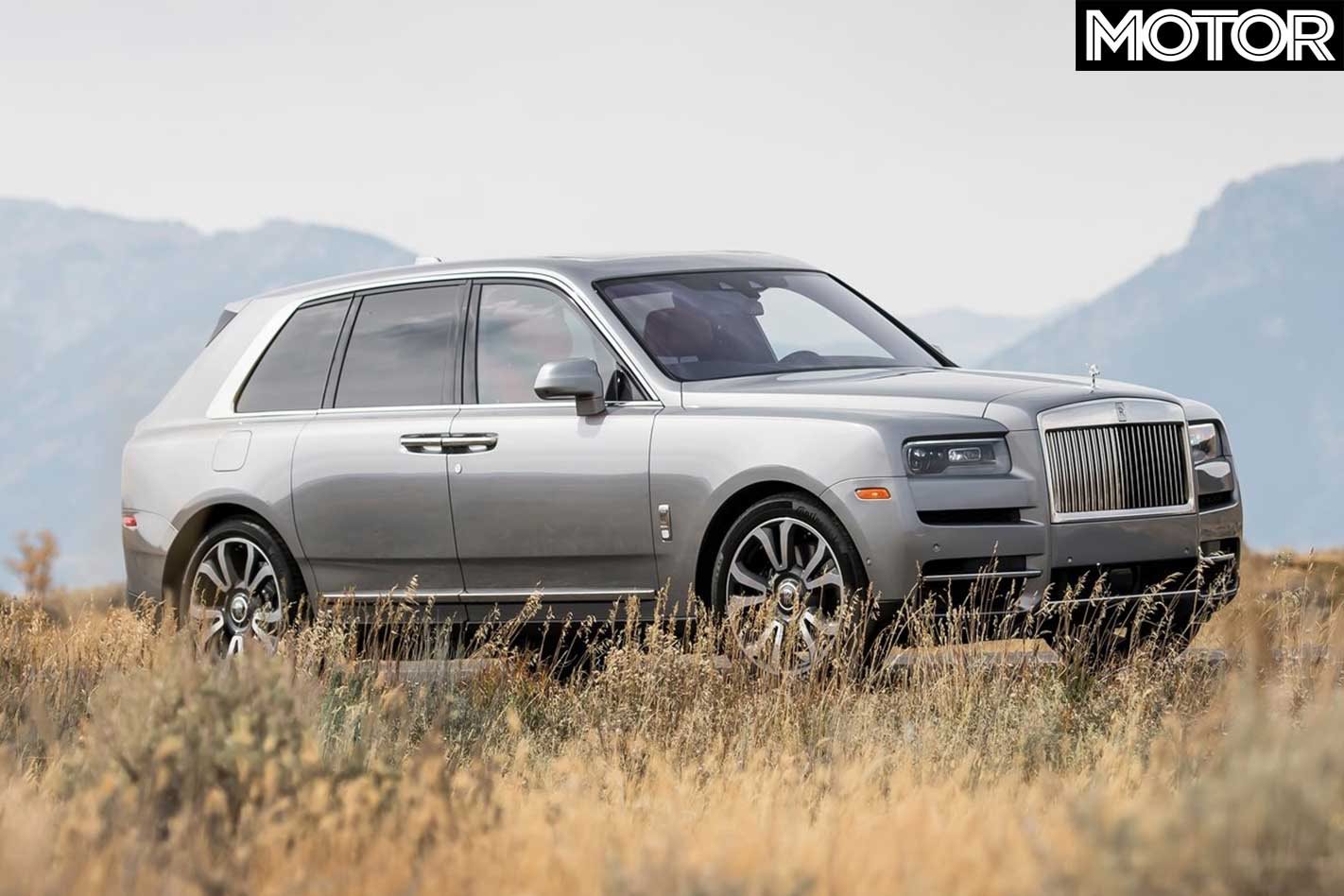 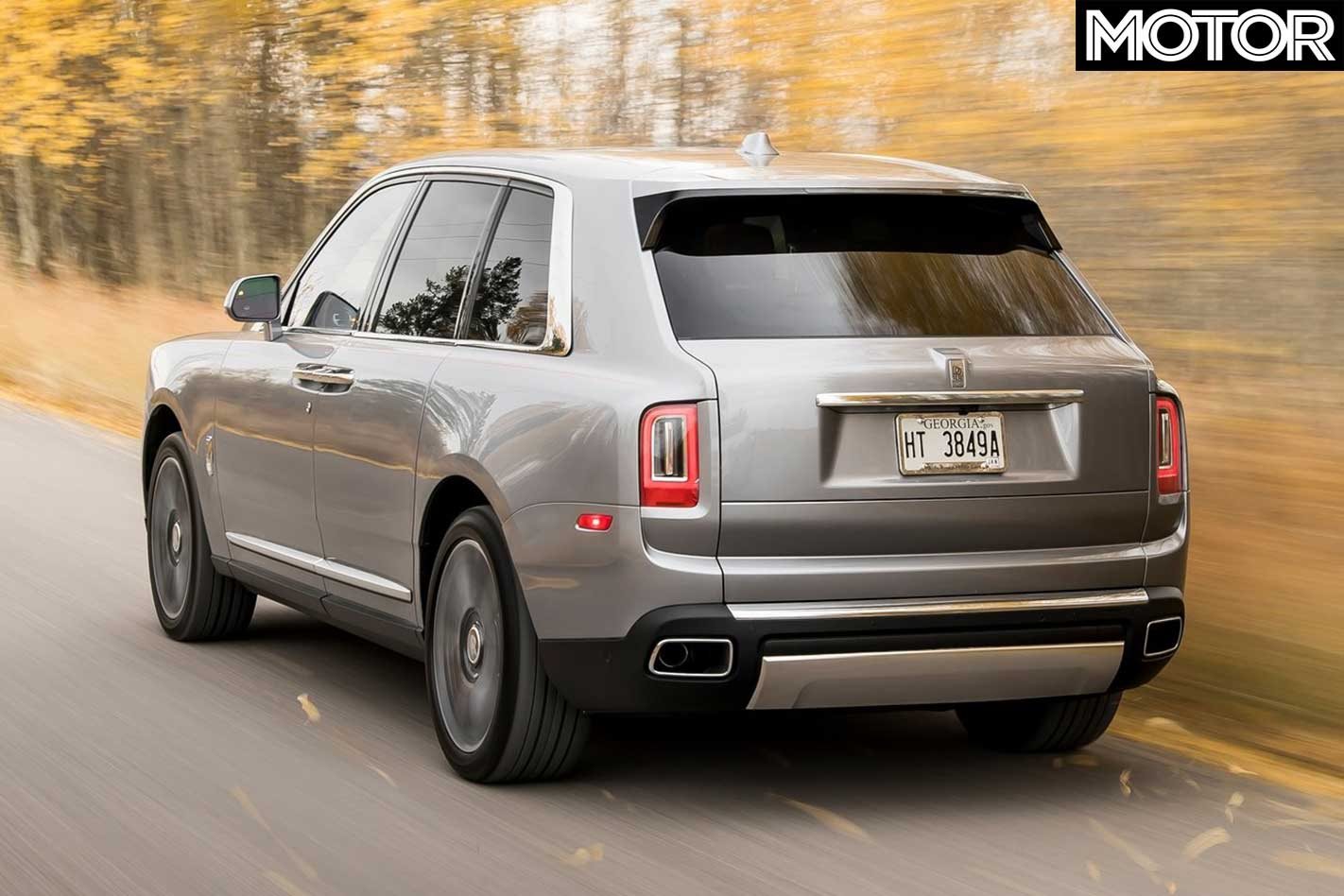 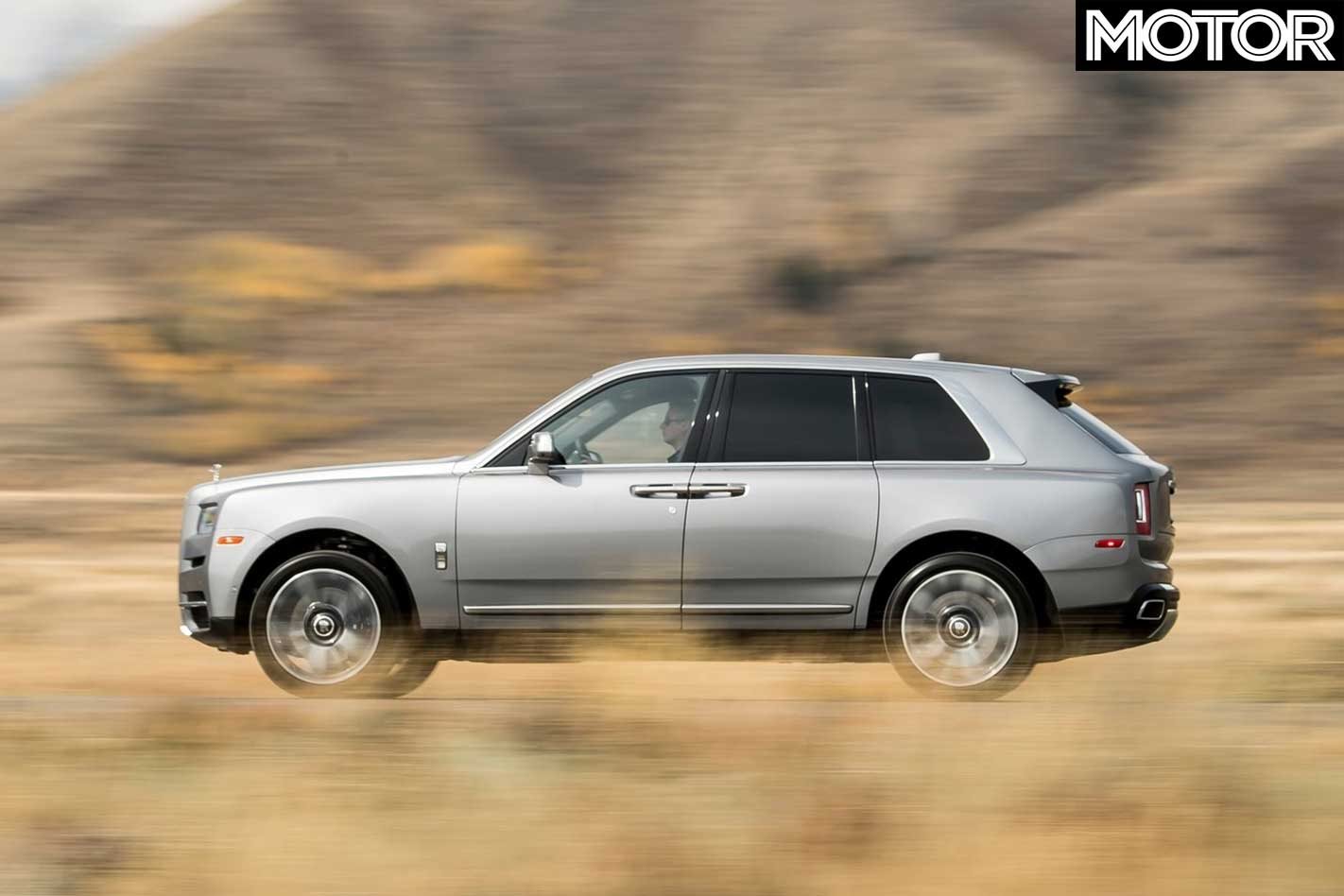 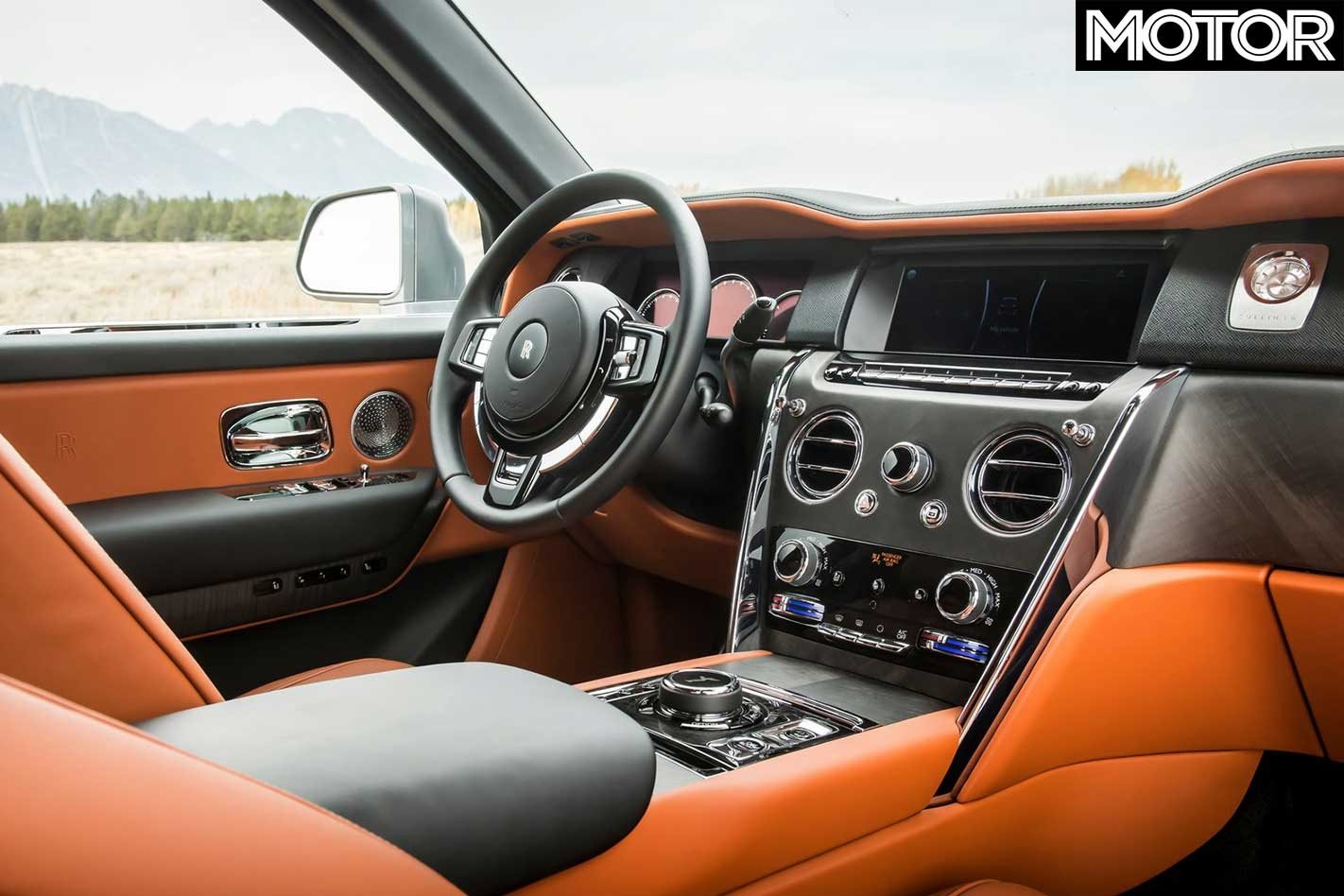 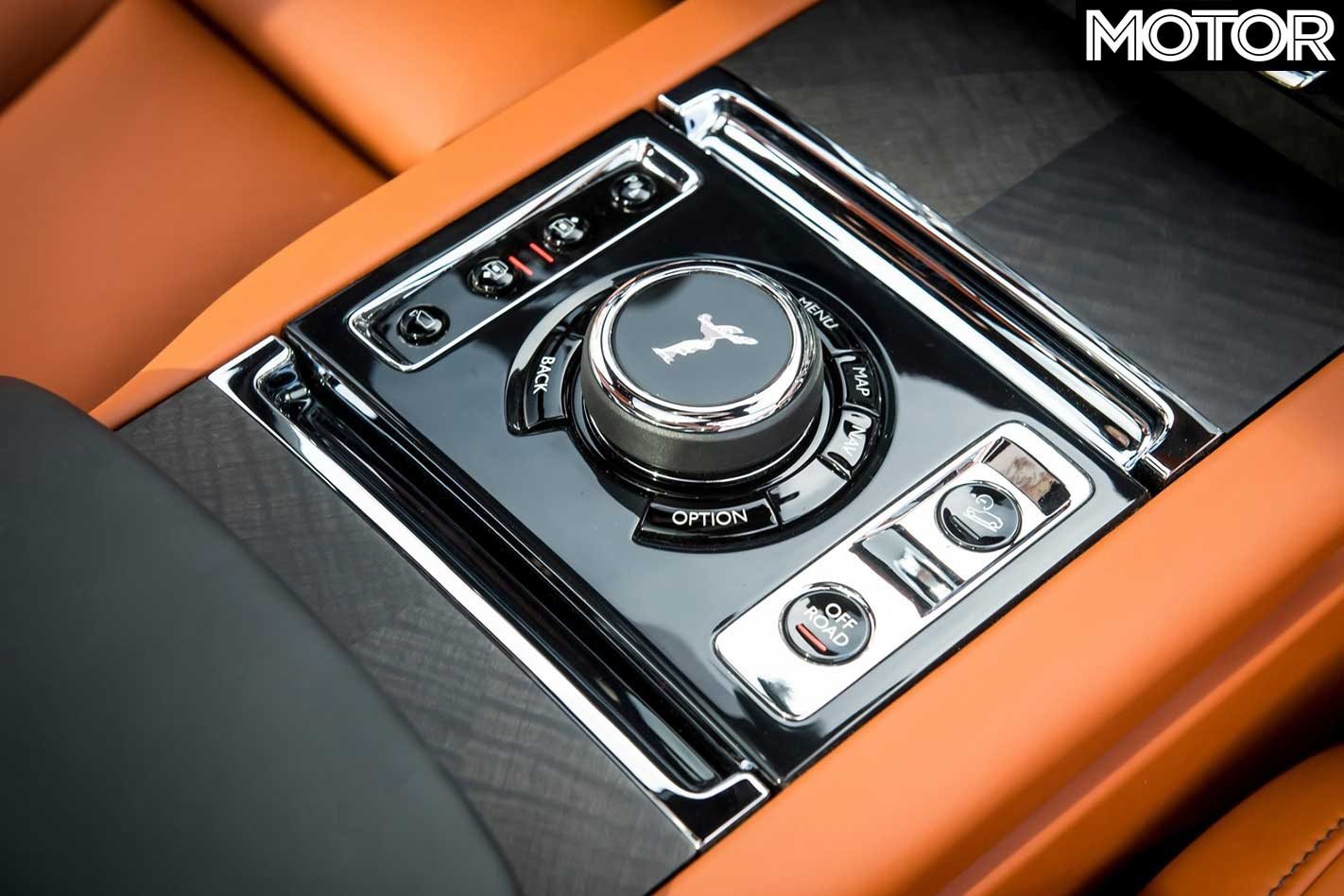 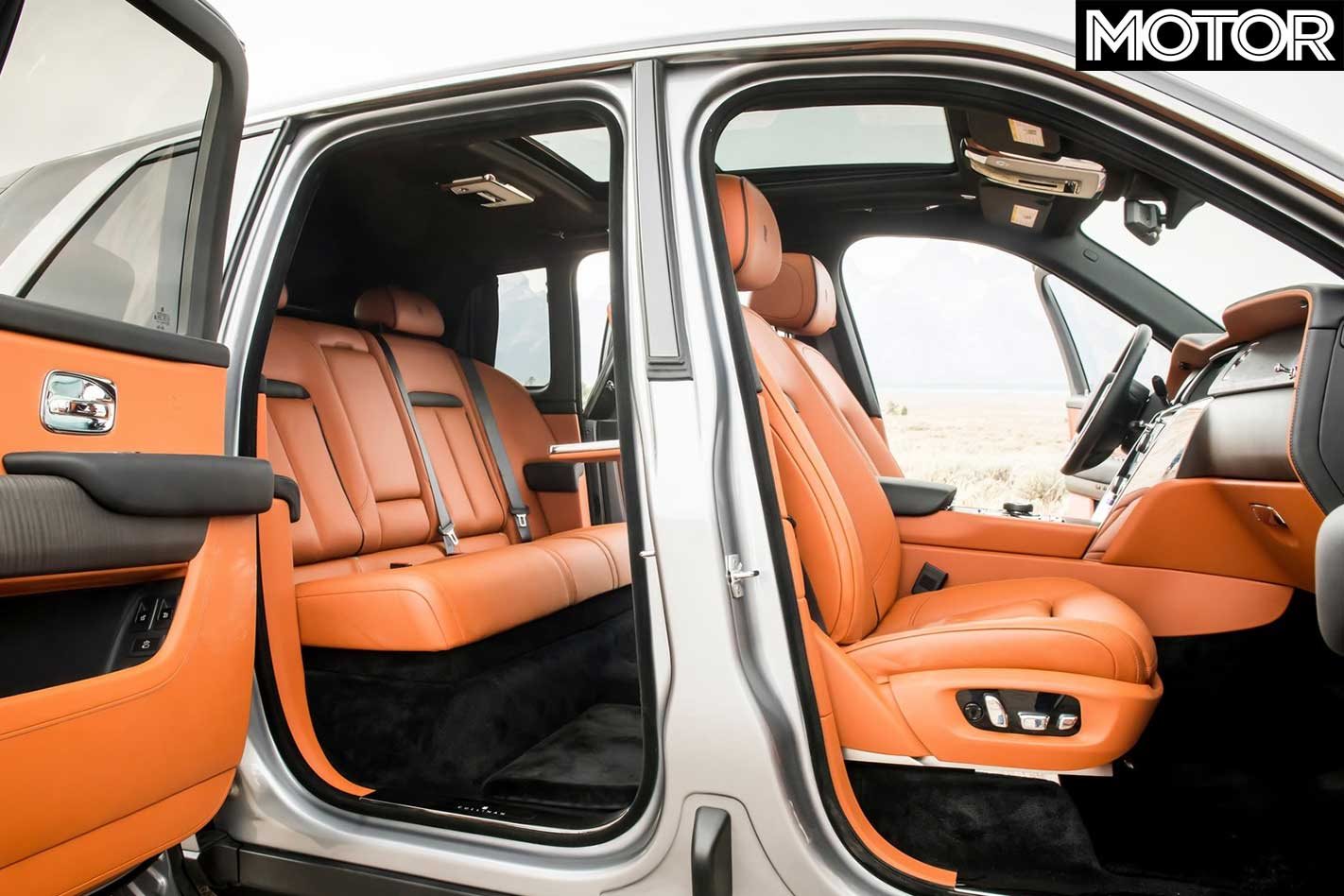 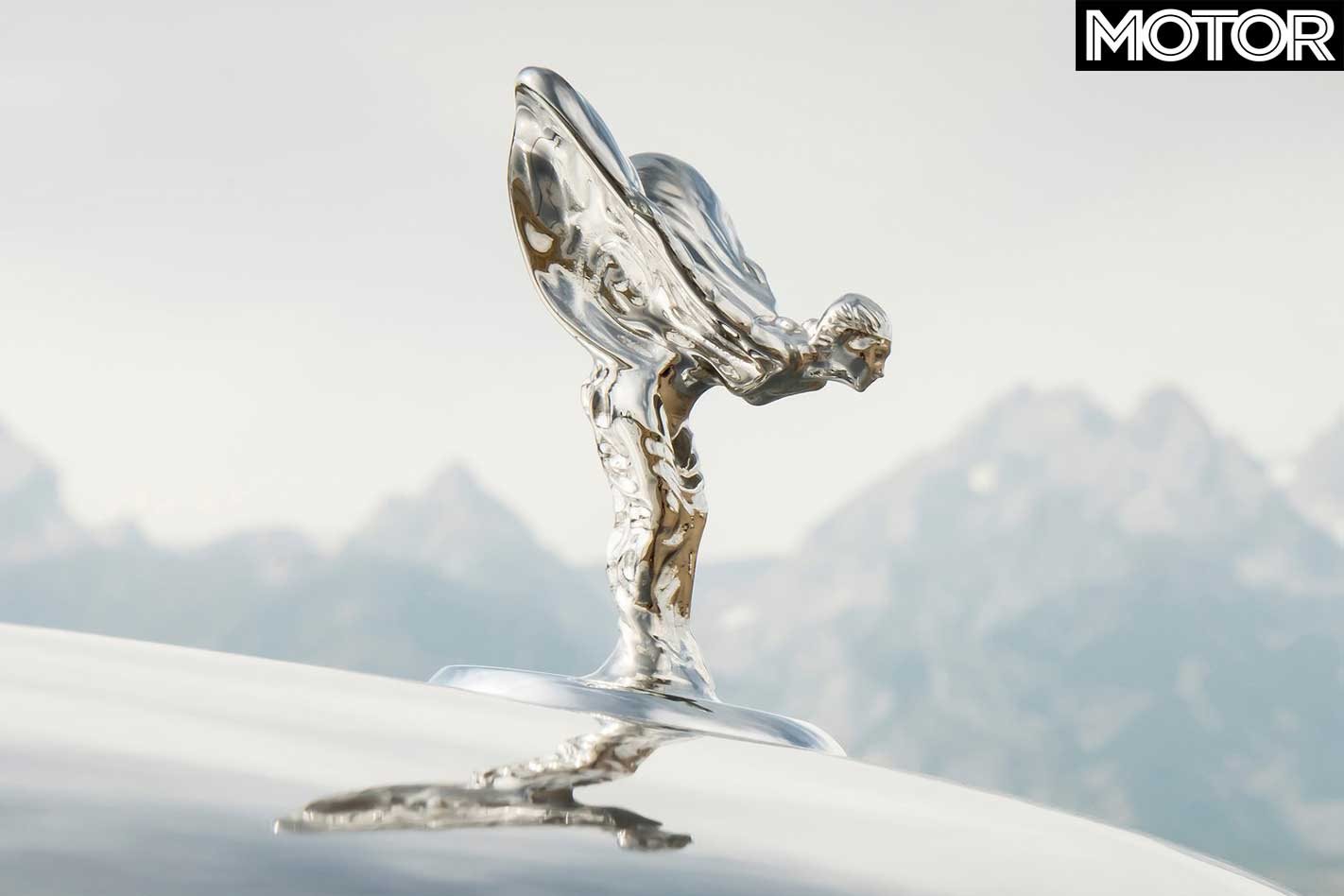 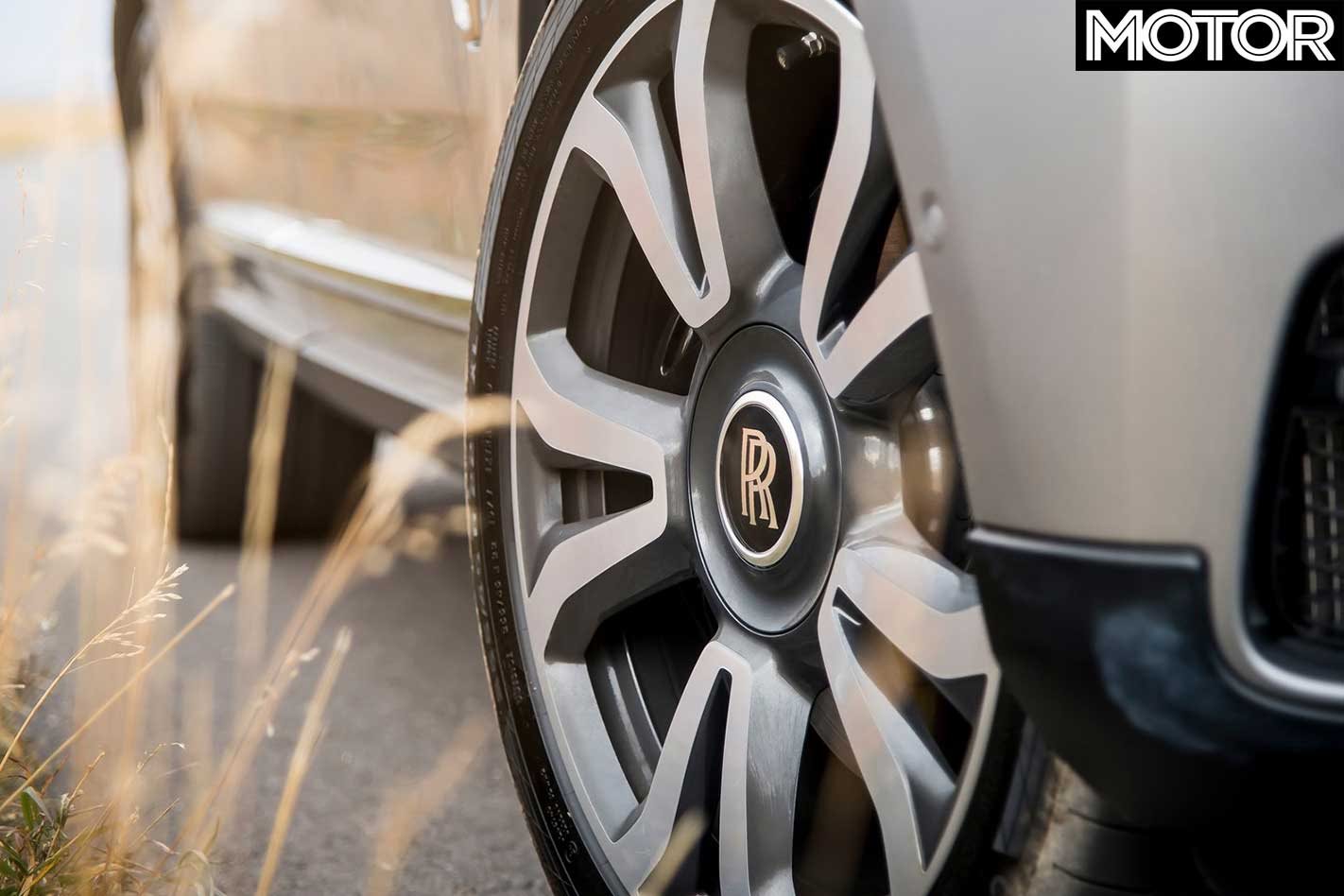