TIME, patience and exemplary engineering can be a brilliant combo, with this Coyote V8-powered Ford Ranger a perfect example.

When you look at this Ranger today you wouldn’t think a couple of years ago it contained a freshly-blown engine, with the owner battling to get any recompense before deciding, instead, to go the full monty and fit a supercharged Ford ‘Coyote’ V8. 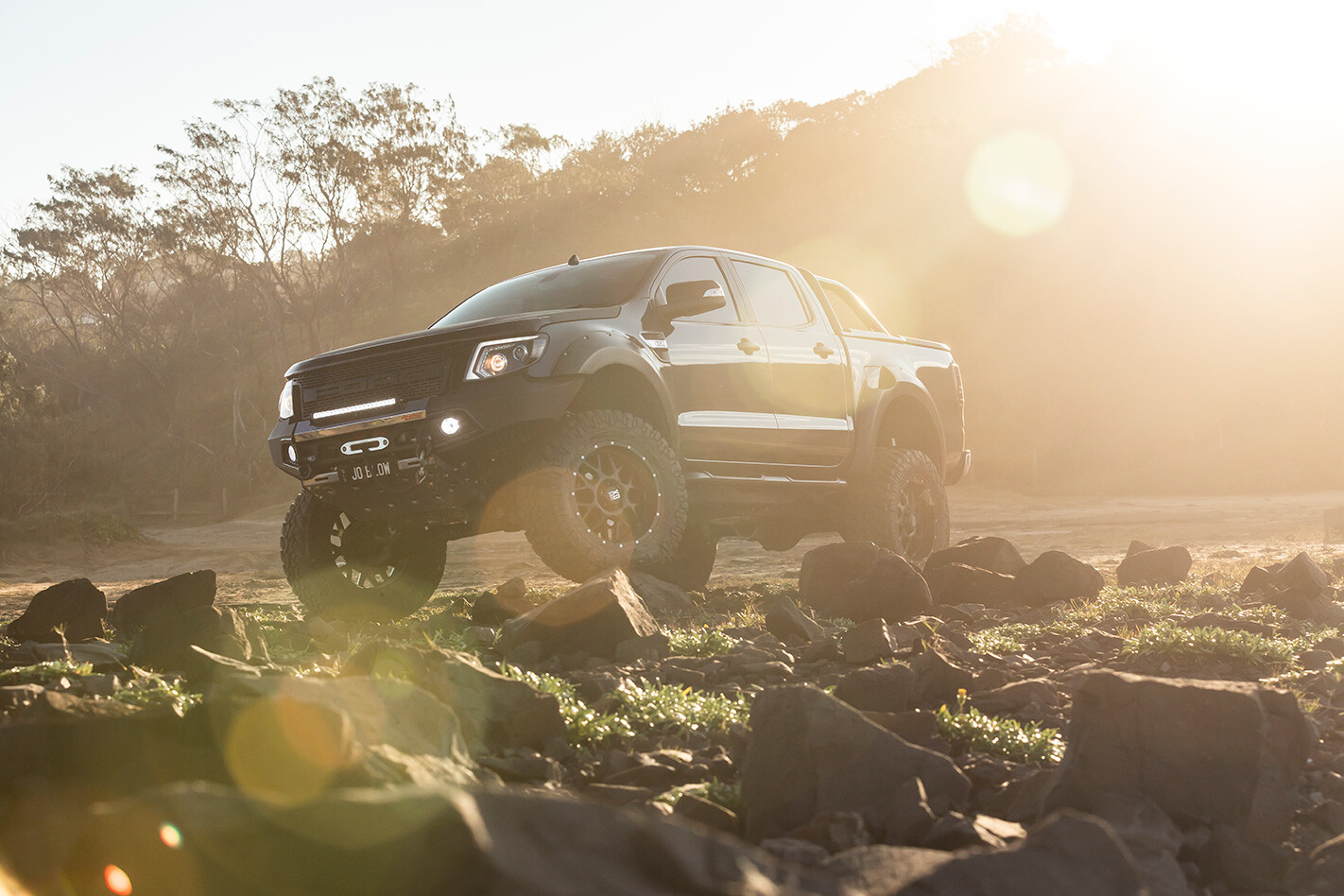 “Let’s put a V8 in it” were the words spoken to Gary Coleman of Diesel Leaders when the Ranger first lobbed in the company’s workshop. This was followed by “I want it to look factory-spec too”.

What followed was close to a year – and approximately 300 man-hours of work – before the Ranger’s heart transplant was complete.

The actual fitment of the new bent-eight heart was, surprisingly, relatively straightforward, with only a trimmed radiator mount, newly fabricated engine bay mounts and re-using the engine and gearbox mounts required to drop the engine in. The engine is physically big (albeit light), so there was next to no wiggle room left in the engine bay. 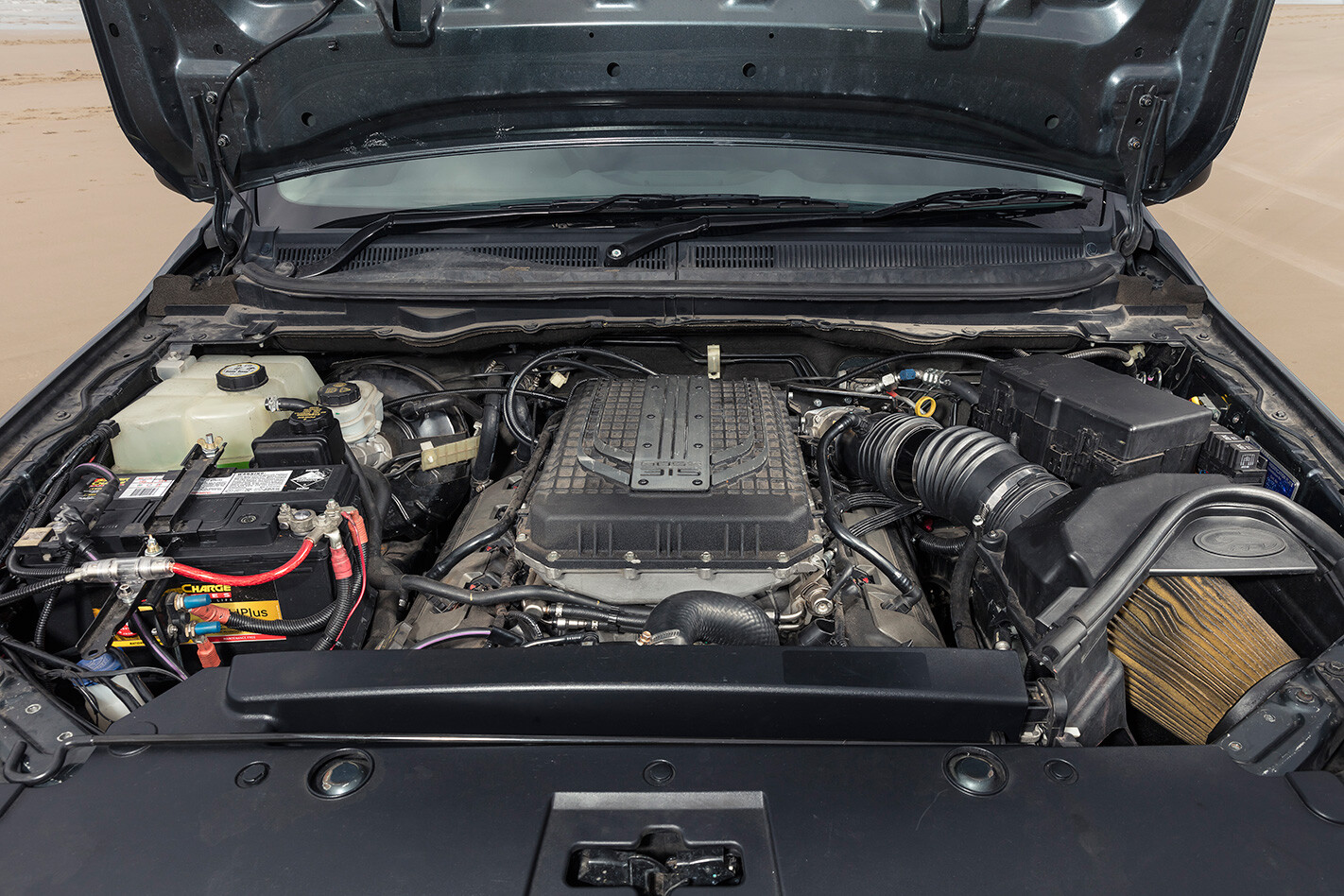 This juggling act sorted, the next was marrying a Falcon six-speed transmission to the Ranger transfer case – a job few engineering companies were keen to take on, until Rage Engineering came on board. This took a few months and involved digitising the gearbox and then machining a back housing to fit the Ranger’s output shaft into the Falcon gearbox.

A custom exhaust followed – again, a finicky, fine-tolerance job to ensure it ran from the engine to the rear without fouling anything – along with some reshaping of under-bonnet elements (including the air box) and shifting of components. The original Ranger radiator stayed – it is larger than the Falcon equivalent. 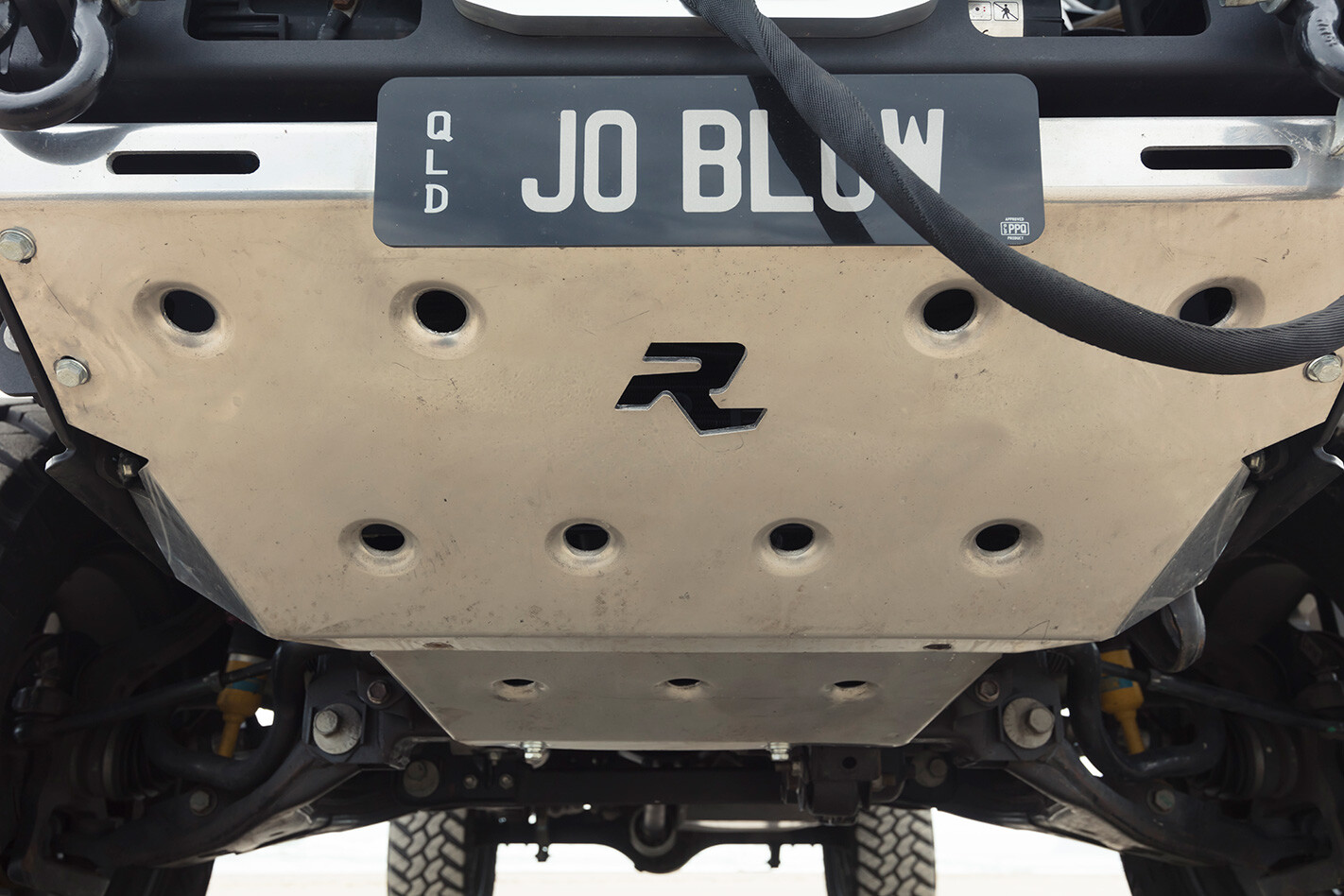 This Ranger is a monster by any account (the V8 puts out 344kW on the dyno) but is still able to head out bush. Heavy-duty springs matched with Bilstein dampers combine with chunky 35x12.50R20LT Nitro Grappler M/T tyres (fitted to KMC Wheels XD820 satin-black rims) to keep the Ranger high off terra firma.

The front bar is a Rhino 4x4 Evolution 3D winch jobbie, which looks factory-fit and is a mix of 3mm and 5mm steel. Two rated recovery points, wheel arch flares and an F150 Raptor grille finish off an awesome engineering feat.