With the Australian-built wagon on its death bed and Jaguar threatening to stop making estates, Germany is fast becoming one of the last manufacturing bastions of the long-roofed load-lugger.

Audi’s latest is the Avant version of the new A4. Despite the relentless onslaught of SUVs, the brand believes it can convince enough Australians to snub its Q-badged models to double sales of the last generation.

There’s certainly an enticing package: heaps of standard or optional tech, a spacious cabin of superb quality, and a quattro variant that can offer all-wheel drive where the rival BMW 3 Series Touring and Mercedes C-Class Estate are only rear-drivers. 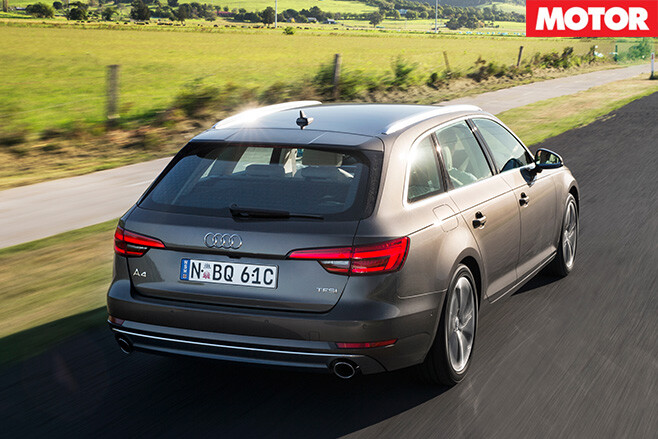 Of course, we prefer our wagons to be fast, and the S4 Avant doesn’t land until the end of the year. So for now the best bet is the more convolutedly titled A4 Avant 2.0 TFSI quattro sport.

At a quoted 6.0 seconds, it’s a couple of tenths slower to 100km/h than the 30kg-lighter (and, at $69,900, $3000 cheaper) sedan that shares its 185kW/370Nm 2.0-litre turbo four. Accelerative performance feels solid rather than rapid; nanna wouldn’t be dropping her knitting for the handles. It’s edged by the 330i Touring, despite the BMW’s traction handicap. Audi’s petrol four-pot is an admirably flexible engine, and it’s matched well to the seven-speed dual-clutch auto that swaps cogs both quickly and smoothly. The quattro system shuffles the torque seamlessly between the Avant’s axles, and on saturated roads it provided plenty of confidence for exiting slippery corners.

However, steering that has about as much life as the main population of The Walking Dead means there wasn’t quite the same level of assurance going through a corner. Choosing ‘Dynamic’ mode brings some welcome heft to the rack, though it’s still artificial. It’s far more linear than the previous A4’s steering – one of myriad dynamic improvements over its predecessor brought by the new MLB architecture.

As with the sedan, ride quality is also immeasurably better. Even with the 20mm-lower adaptive sport suspension – the $1100 version optioned on our test car – the jiggly nature of the old model is gone and in its place is a suspension that, especially in ‘Comfort’ mode, chooses to sail over bumps rather than try to weigh anchor on them. 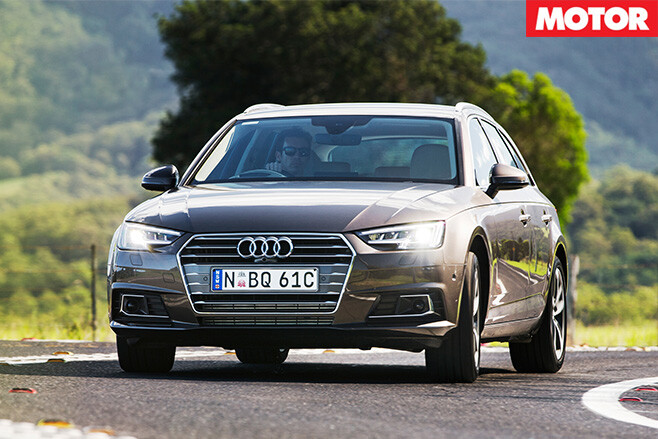 A Commodore Sportwagon and a hypothetical XE Estate would offer similar ride comfort as well as a more involving drive, though Audi engineers have done more with less for previous S4s and RS4s.