Last time you could officially buy a Cadillac in Australia, Modern Motor (as this mag used to be called) didn’t even exist, and we’ve been on the news stands since ’54.

This was first published in MOTOR Magaine March 2008.

For most people under retirement age, Cadillac signifies gloriously extravagant tail fins – like the cloud-slicing Bill Mitchell-styled numbers that reached their zenith on the 1959 Fleetwood. But with over a century of car-making under its belt, the Cadillac brand has been through more career phases than Elizabeth Taylor.

In the 1930s, Cadillac proclaimed itself “the standard of the world”. By the 1980s, Cadillac was the very definition of ugly and gauche, and even produced a tinselled version of GM’s J-car (yep, the Camira). But this once-proud brand’s product revival has been swift of late, culminating in this, Cadillac’s second-generation CTS. 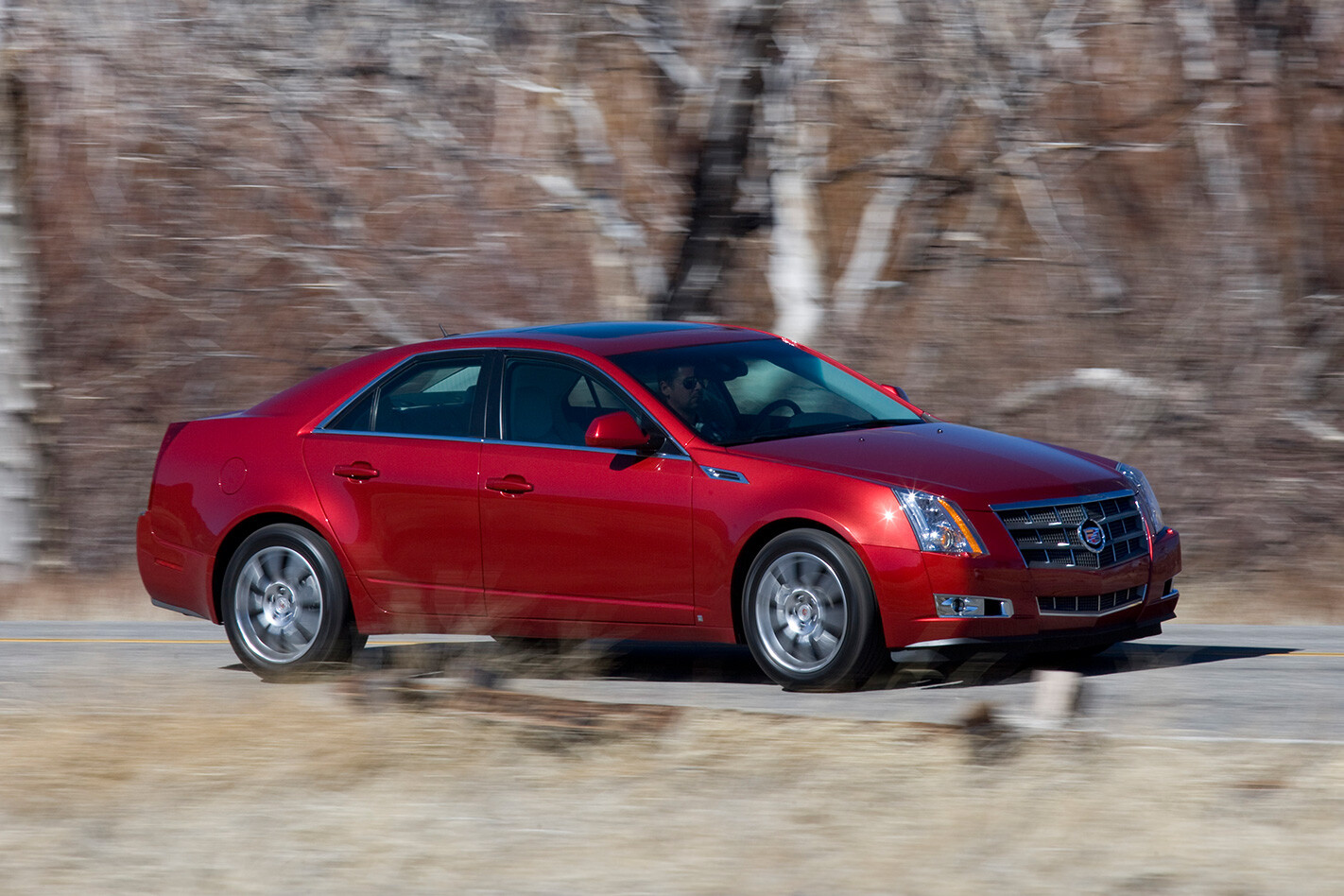 Styled by a GM design team led by Our Mike Simcoe, the latest CTS is the first truly global car produced by GM North America. Built in Lansing, Michigan in both left- and right-hand drive, it is intended to be the poster child for Cadillac’s Lexus-like push for acceptance in Europe.

We’ll only see the direction-injection 3.6-litre CTS with rear-wheel drive because AWD isn’t offered in right-hook, but seeing it features a firewall-mounted steering rack, not the rear-drive’s front-mounted system, our Caddy is arguably the sweetest of the entire range.

Despite sharing its 2880mm wheelbase with the original CTS (launched in 2002), the 2008 model is 90 percent new and designed to compete with Europe’s mid-sized megastars.

Cadillac benchmarked BMW’s old (and much-lamented) E39 5-Series for steering, the 3-Series for feel, and the W203 C-class for, well, something presumably, and flogged CTS mules around the world’s most challenging race circuit – the Nurburgring. All of which means CTS is no plaid-wearing, golf-club-wielding irrelevance. 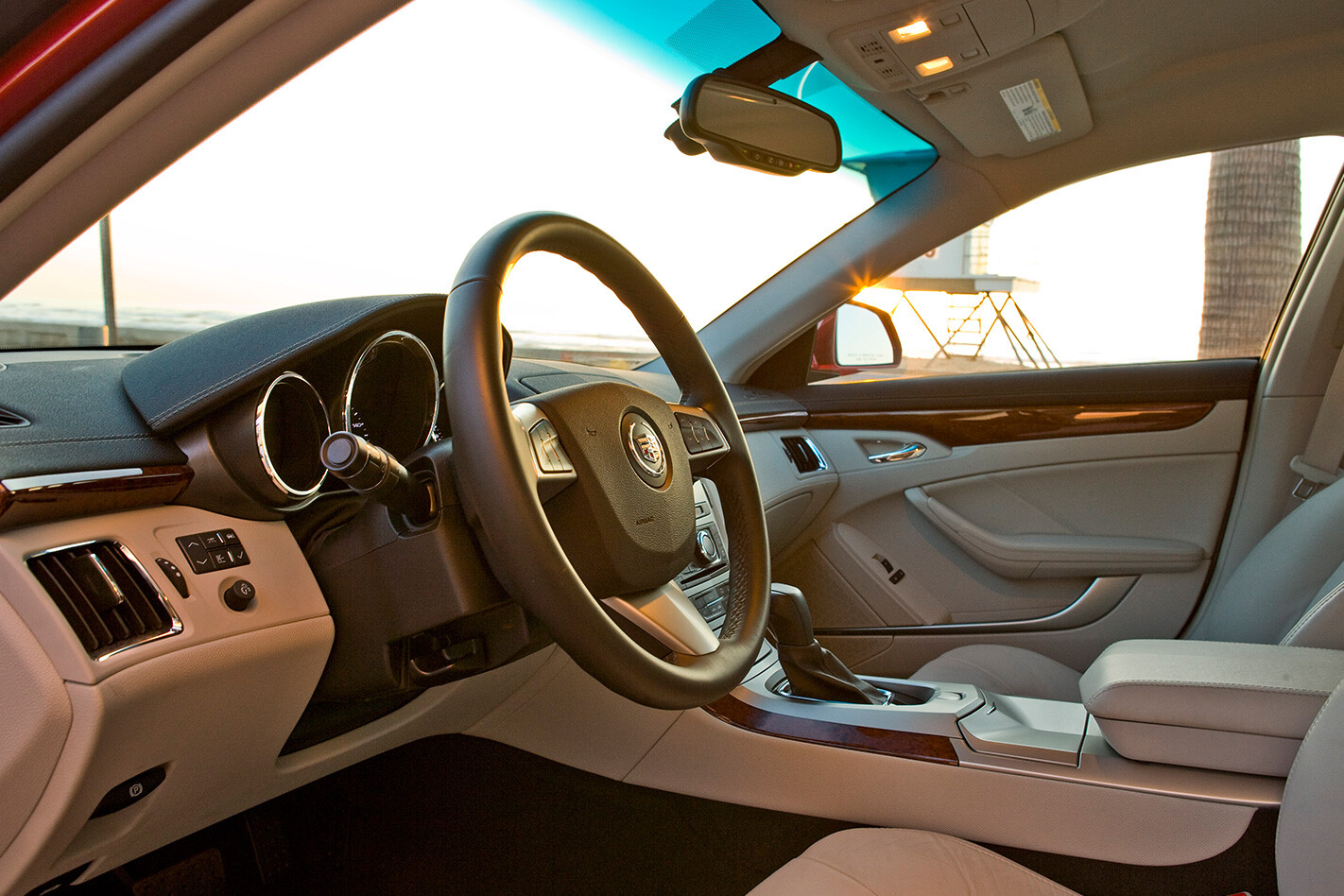 It’s meant to be a sports-luxury sedan, and you know what? They’ve nailed it. We drove two CTS variants – an FE2-suspended 3.6 DI with Bilstein dampers and a sports-suspended FE3 version with self-levelling Nivomat dampers – on the hilly and challenging roads that loosely thread San Diego to Palm Springs in California and came away mightily impressed with just how agile (and fun) the CTS is.

In terms of balance, the car’s a peach, thanks to near-perfect 51/49 weight distribution, and it’s a natural, effortlessly fluid handler. A standard limited-slip diff enhances the multi-link IRS’s excellent drive out of corners and the CTS is so confident and accomplished that it virtually never troubles its three-stage Stabilitrak ESP.

But the highlight of its handling repertoire has to be its steering; instantly reactive off-centre without feeling nervous, yet solidly and consistently weighted and blessed with lovely feel. Great steering wheel, too. The FE3-suspended CTS simply raises the game half a level, without destroying the CTS’s quiet, well-damped ride quality. 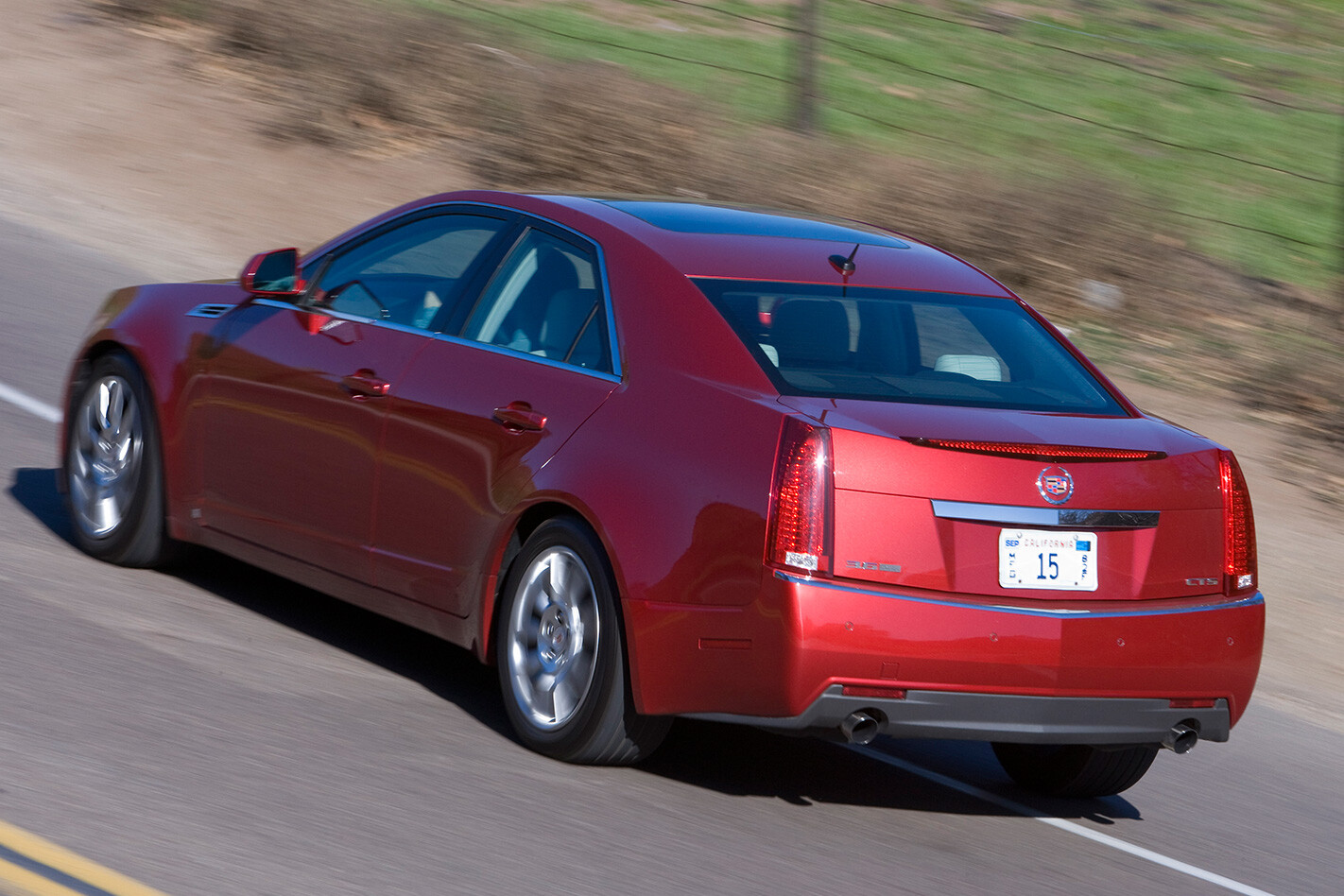 It turns in sharper, rolls less and feels even tighter, though it’s only back-to-back that you’d probably notice the difference. Its 235/50ZR18 Michelin Pilots grip better than the same-size V-rated tyres on the FE2 car, but it doesn’t offer quite the same suppleness.

Both CTSs wear the same all-vented brakes (346mm front, 340mm rear) and they showed no sign of fade, even barrelling down from a 1800m elevation. Seems the brake cooling ducts inboard of the front fogs must actually work.

The CTS’s drivetrain previews what upmarket Holdens will be getting in 2009, meaning a 3.6-litre HFV6 with direction injection and GM’s new 6L50 six-speed auto. The V6 retains just a hint of the graininess that we’ve criticisied Commodore for, but it has a butch, aggressive flavour and revs hard right to 7000rpm before shifting up imperceptibly. The six-speed auto is virtually flawless, and can’t make it into a VE soon enough. Like the CTS’s classy, edgy exterior, the quality of its cabin is an unexpected surprise, though there isn’t as much room as its in-between size might suggest. And the CTS’s rear-door opening is very tight – potentially embarassingly so for the less limber.

However, considering it’ll be priced up against mid-level A4s, the CTS offers decent comfort and a real feeling of luxury. If you thought an IS250 was the only proper alternative to a Three or C, then think again. The CTS mixes the dynamics of a thoroughbred with the aggressive grunt and tangible luxury that the Americans can do well.

It looks fantastic, too, with a muscular stance and a genuinely handsome shape. If the CTS doesn’t succeed here, it’s not because of the car.