THERE are two new foreigners in our midst. The first is the Holden Commodore, which now speaks with a German accent rather than ‘Strine. Similarly, the Aussie-accented Toyota Camry now talks with a distinctly Japanese accent. 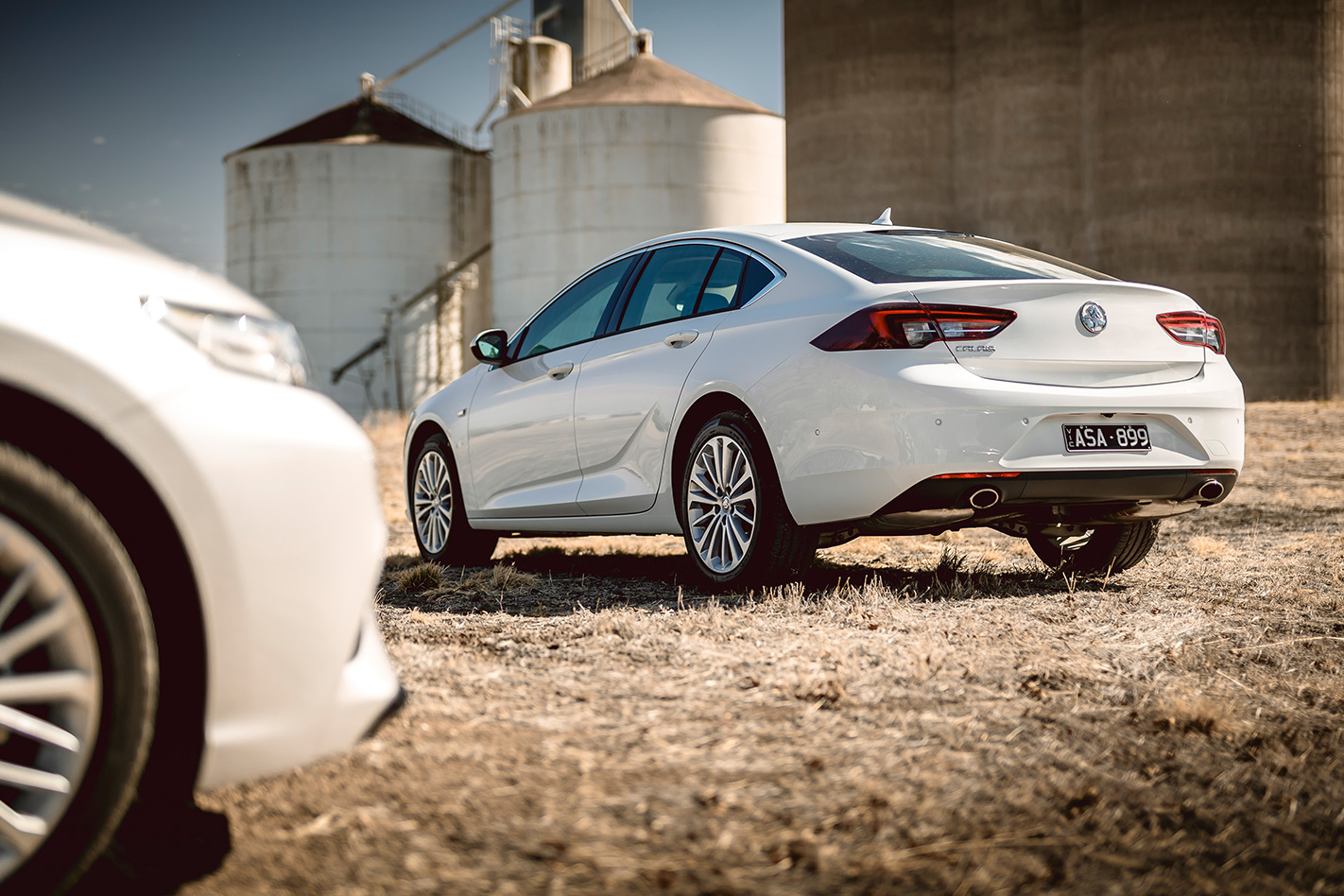 The loss of Australian car-making means all bets are off when making comparisons between the Commodore, and what’s always been a large car trying to fit inside a smaller one’s shadow, the Camry. In this head-to-head, we look at the high-end Holden Commodore Calais and pitch it against what appears to be the closest Camry competitor on paper, the Hybrid SL. At $40,990 each, there’s not a cent in change between them, and the similarities don’t end there.

In Toyota’s eyes, we shouldn’t even be comparing these two. The Camry falls into the midsize car segment, and the Commodore the large car segment. On paper, though, the Camry is 9mm longer, 23mm narrower, 10mm lower and has a 4mm less-stretched wheelbase than the Commodore – in other words, they’re similarly proportioned.

Both cars send their mojo to the front wheels, but very differently. The Commodore uses a turbocharged 2.0-litre four-cylinder engine and a nine-speed automatic transmission; the Camry a 2.5-litre four-cylinder engine, electric motor, a nickel metal hydride battery and a CVT. Then there’s the physical format; the Calais is a sharp looking, coupe-profiled five-door hatchback, and the Camry a traditional sedan but one that sits lower and longer than the generation it displaces. Make your own mind up which works best. 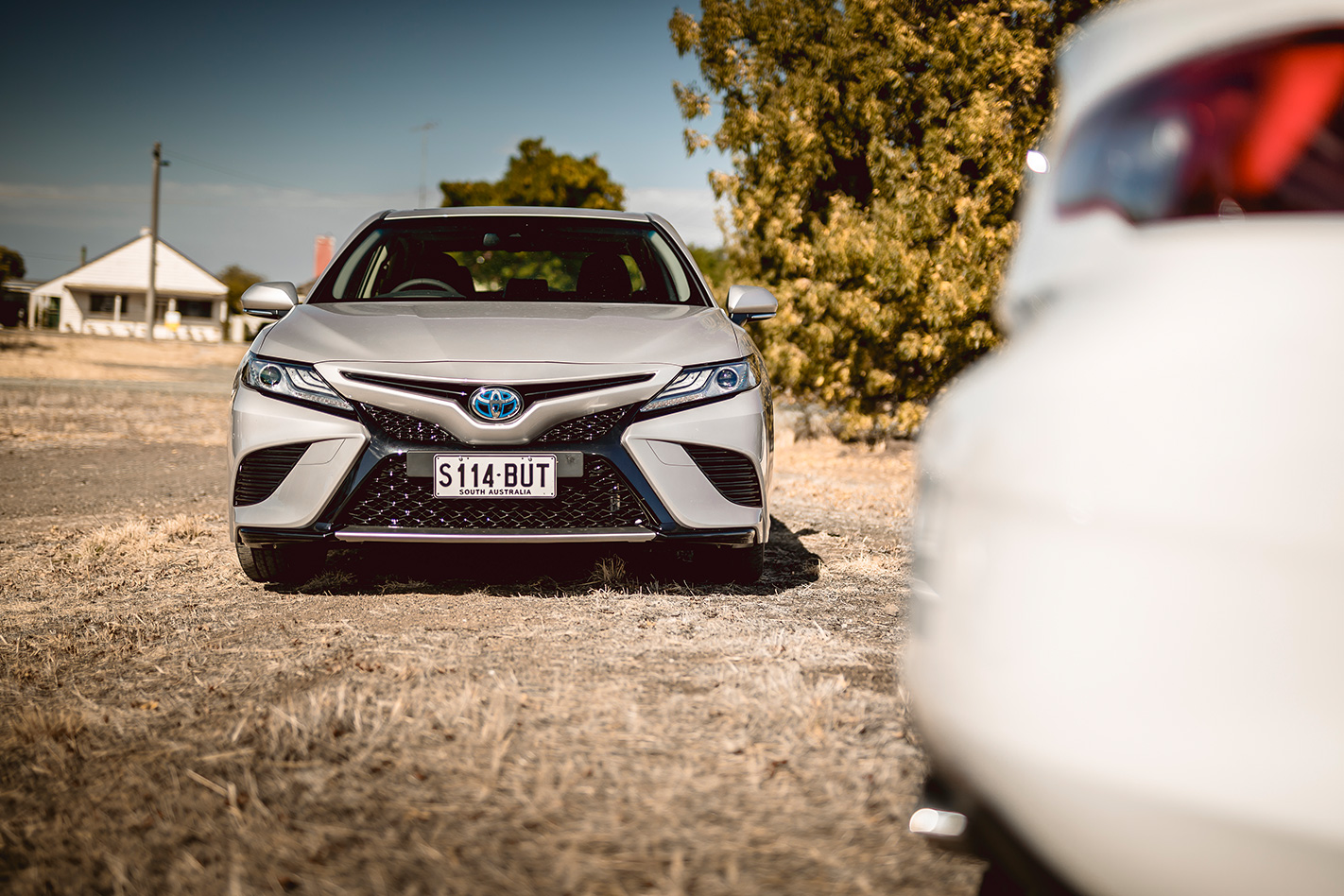 From here, the cars diverge. The Commodore has an electric-adjustable driver’s seat with lumbar support, as does the Camry, but the Holden’s front-seat passenger needs to adjust the seat manually. The Camry’s front row is all-electric, and includes memory settings for the driver. In the Calais the seats are heated; in the Camry they’re cooled with no heating.

Both cars also have automatic emergency braking, but the job they do is very different. The Camry’s system works at both high and low speeds, while the Commodore’s is only for low speeds (and only gives a warning at higher speeds). The Camry will also brake for pedestrians, where the Commodore won’t, but uses an active bonnet that pops up to reduce injury. The Commodore’s active cruise control system includes a speed limiter, and it will also monitor the driver for telltale signs of fatigue.

Both also have voice control systems for simple functions, but the Commodore’s is much easier to use, recognising more natural language. The Camry trumps the Commodore with puddle lamps, a subtle boot lip spoiler and a sunroof. 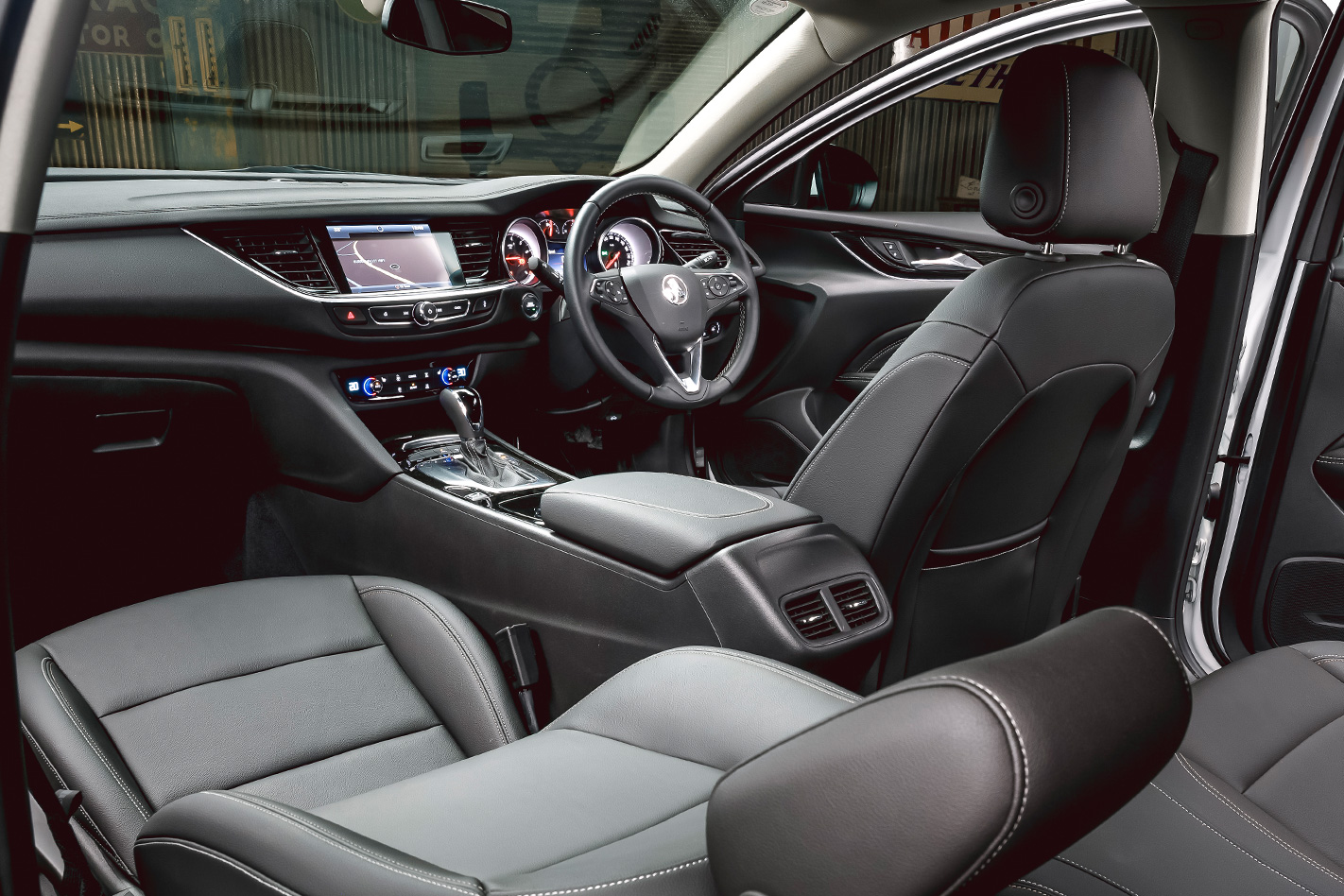 The front-drive packaging of both cars yields plenty of interior space. You sit low in both of them; the Commodore via a very tall beltline, and the Camry by virtue of its shift to the Toyota New Global Architecture.

Controls are well laid-out in both cars, with the Camry finally ditching its stalk-operated cruise control system for a steering wheel-mounted one. It’s only half the job that Toyota needed to do, though; the foot-operated parking brake is yet to make the move to an electric one. The instruments are dark and smack of wannabe-premium in the Holden, and Lexus-like in the Camry.

The front seats in the Calais are supremely supportive but firm and narrow, and offer great long-haul comfort, while in the Camry they are wide, soft, contrast stitched and comfortable enough for a long-haul trip even if they lack a little under-thigh support. Jump in the rear, and both cars have two USB recharging ports and air vents with adjustable flow, although the Commodore’s wider use of hard plastic trim, and the sweeping coupe profile that eats into headroom combine to make things seem a bit like the cheap seats. Forward vision past the front seats is much better in the Calais via thin-wasted seatbacks and the fact you sit more outbound in the Camry.

You can feel more of what the car’s suspension is doing through the Calais’ less-padded rear seats, and although there’s slightly more road noise accompanying it, it’s still at a level that’s more than acceptable. Life in the rear seats, though, is slightly better in the back of the Camry, which offers less chance of clashing elbows via the more outboard seating position, better lateral support via more scalloped seatbacks, and a slightly wider door opening to make entry and exit a bit easier. 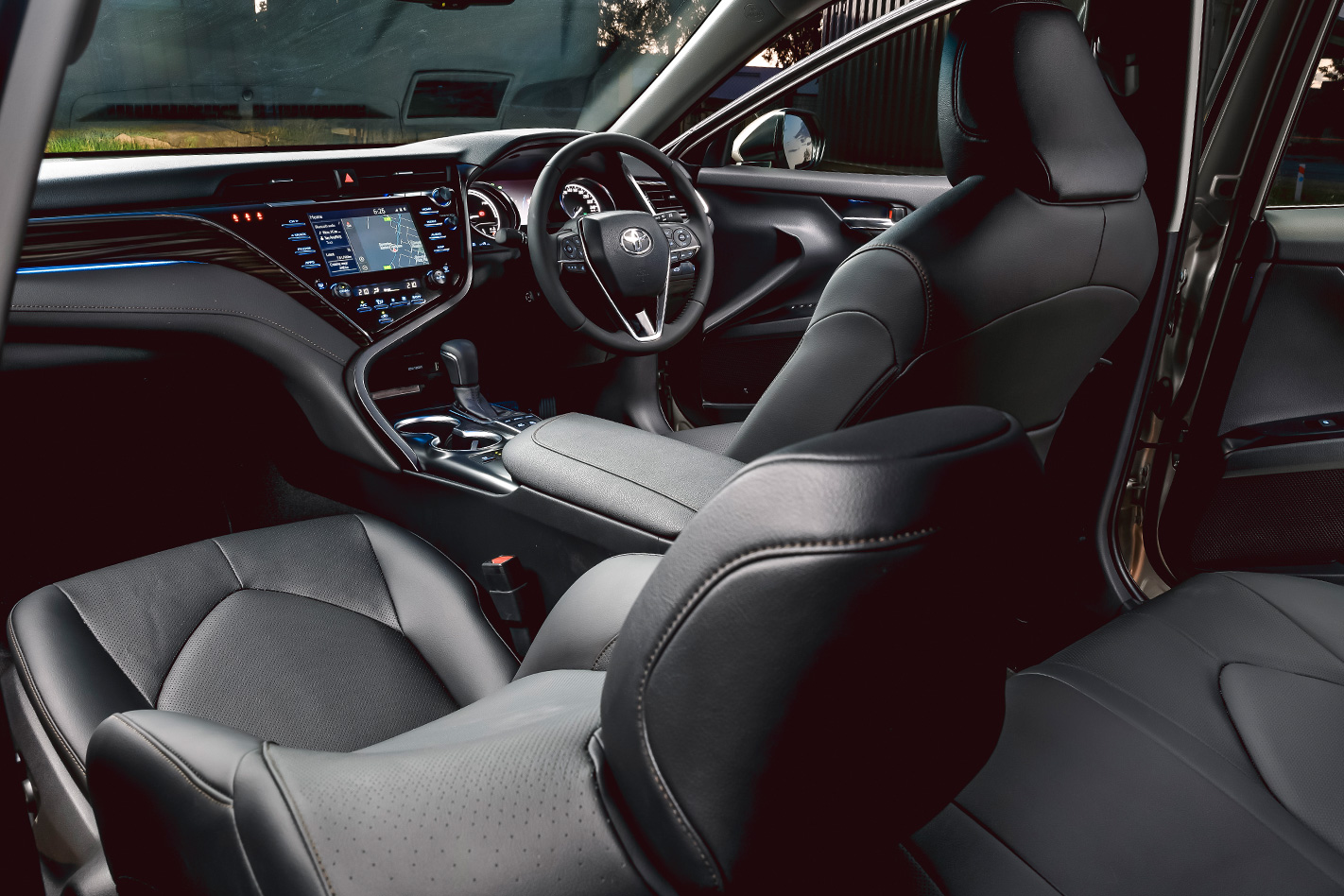 The big difference, though, is the boot. The Commodore shifts to a liftback with a shallow, long space that will have you climbing in to retrieve the last of the spilled groceries; the Camry has a traditional boot and all the benefit of depth that the Commodore lacks.

The Commodore’s multimedia system supports both Android Auto and Apple CarPlay. The Toyota will support limited smartphone functions. Both cars use a head-up display, with the Camry’s bigger, clearer and with a wider range of information than the one sitting before the driver in the Calais.

Both the Calais and the Camry have undergone significant generational change. Let’s start with the Camry. 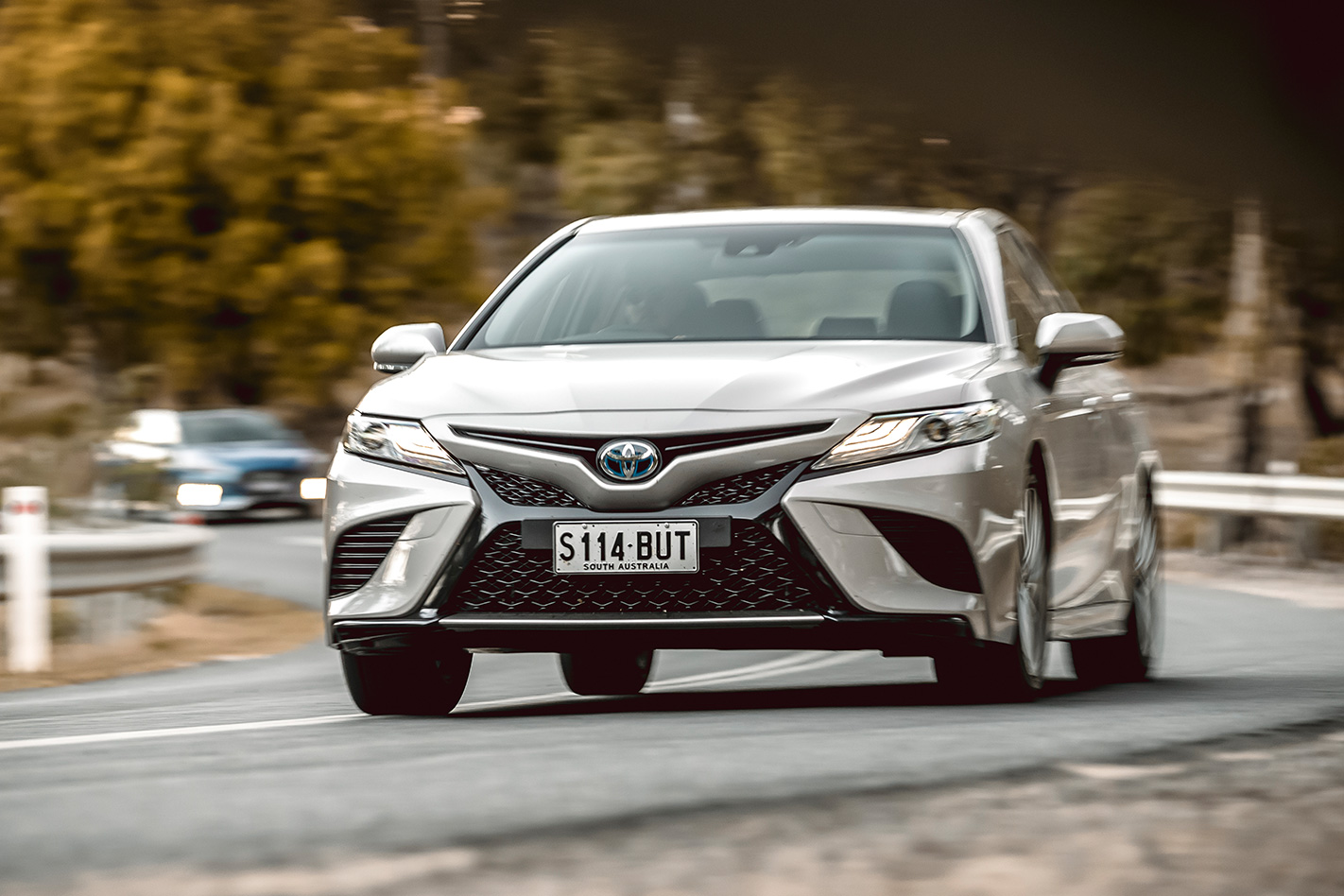 As mentioned earlier, this generation of the Camry adopts the Toyota New Global Architecture, a modular platform that already sits under products as diverse as the Prius hatch, C-HR small SUV and the upcoming 12th-generation Toyota Corolla that’s due on sale here in August. One of the key features of the TNGA architecture is what it does to its products’ dynamics – both the drivetrain and the passengers who sit inside the lower, stronger body sit significantly closer to the ground, lowering the centre of gravity.

That translates to the road, where Toyota seems to have built the best-driving iteration of the Camry in the last two decades. The Camry Hybrid’s MacPherson front/multilink rear end offers a controlled and comfortable, well damped ride – something that’s been a little alien to Camrys of the past. The only negative is a tendency for the rear to wallow around slightly as the suspension settles after bigger bumps. 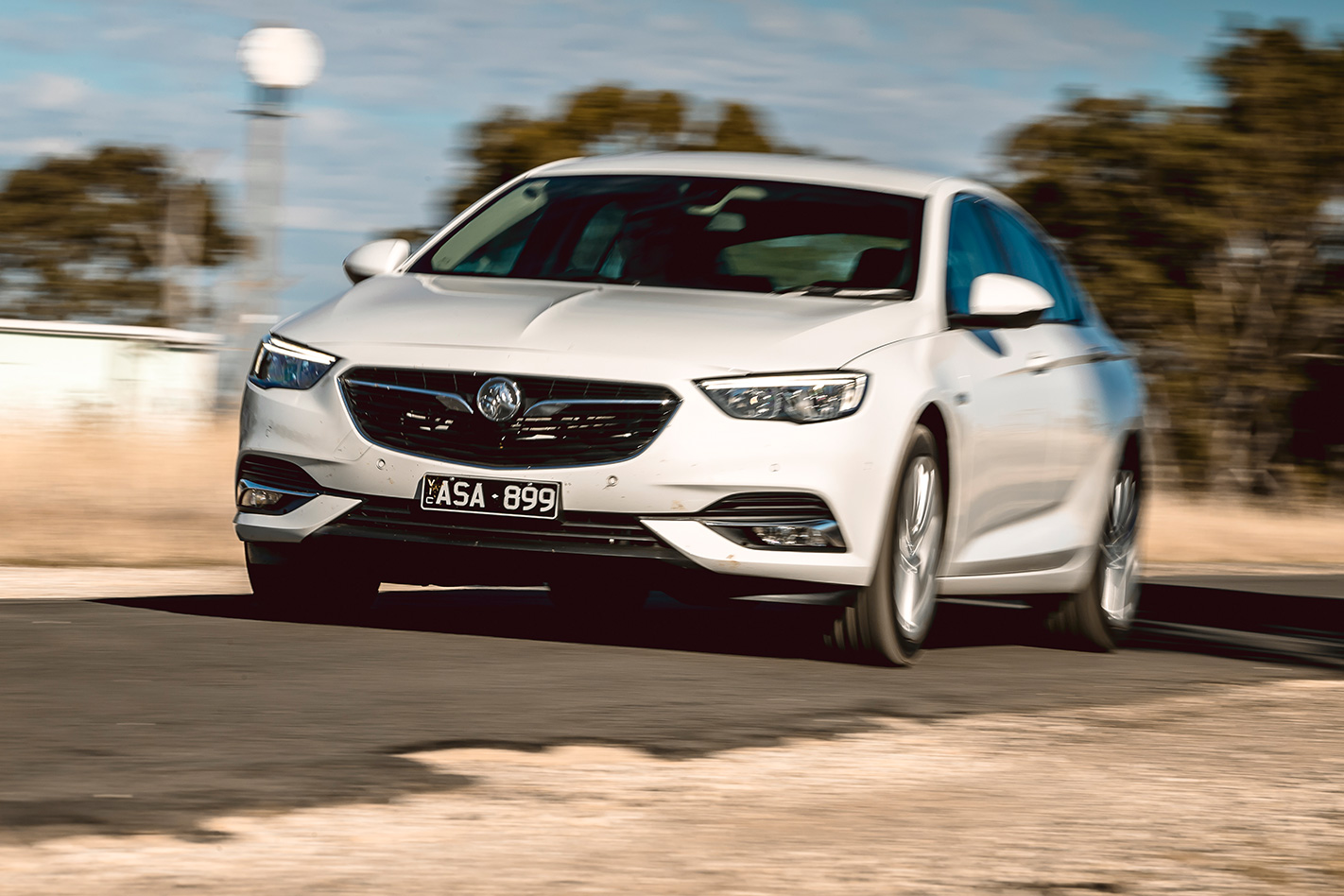 In contrast, Holden’s rear-drive Zeta platform is relegated to history as the Commodore jumps across to the tried-and-tested front-drive Epsilon II architecture that was introduced to the GM world in 2008 and also sits under cars including the Chevrolet Cruze and the former Holden Malibu. The Opel Insignia-based ZB Commodore has had extensive local tuning to paint it in the colours of the Aussie flag as much as possible, given the big shoes it has to fill.

The Commodore, based on the second generation of the German-designed and built Opel Insignia, uses a similar MacPherson/multilink combination to provide a much more focused and taut, almost Teutonic level of stiffness to the ride; it feels more like the almost hard-edged suspension tune you’d expect from a more driver-focused car.

There’s no throbbing, thumping 6.2-litre V8 option at the heart of the Holden Commodore Calais any more. Instead, the fully imported versions we get use a normally aspirated petrol V6, or petrol and diesel turbo 2.0-litre four-pots. For this comparison, we’re focusing on the 2.0-litre petrol Calais that produces 191kW and 350Nm. Is it fair, then, to compare the Commodore with not just a Camry, but a hybrid-engined one? On paper, the Toyota Camry Hybrid SL will produce only 160kW, but a much more meaty serve of torque from its petrol-electric 2.5-litre four-cylinder drivetrain (the engine makes 131kW/221Nm and the electric motor 88kW/202Nm, all at very different revs). 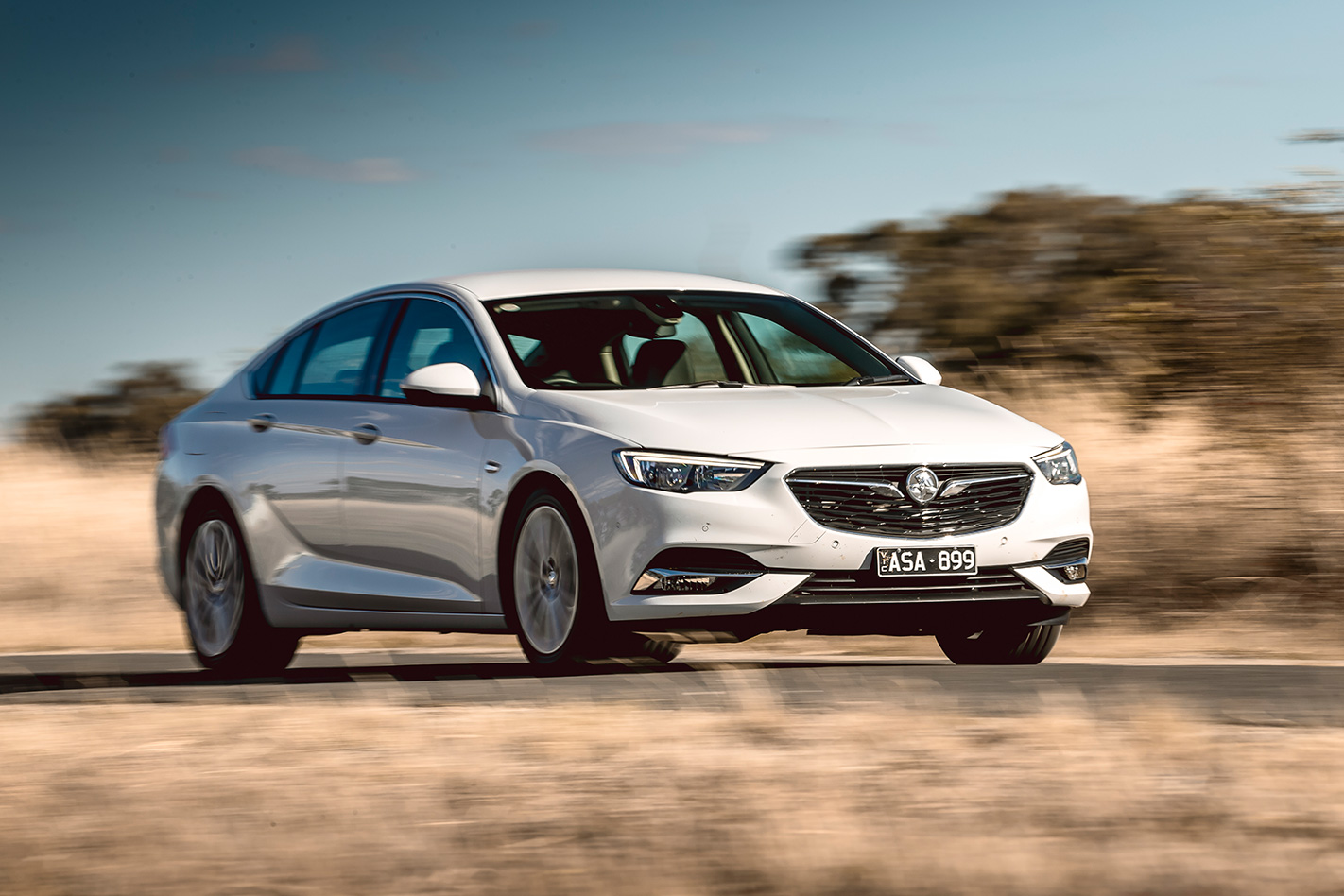 A straight-line sprint will set them apart. On test, the Calais will make the jump from 0-100km/h in 6.5 seconds and the Camry 8.3 seconds. Rolling acceleration, the ability to pick up pace while moving, is an interesting comparison: 4.0sec for the Calais from 80-120km/h versus 5.3sec for the Camry. The Camry Hybrid, with its fuel-efficient Atkinson cycle-tuned engine, is not that quick off the line, then, and builds pace much more slowly the Calais.

Despite the Camry's lack of straight-line oomph, both cars build speed well, the Commodore comfortably via its nine-speed auto and the Camry a little awkwardly via its electrically assisted CVT. The steering wheel-mounted paddle shifters in the Camry with their six preset ratios go a way to masking the dullness of the CVT and introducing an engine note that’s almost rousing, although you’ll still feel that belt-drive lag when jumping back on the throttle after braking heavily, or the unpleasant drone from a standing start. 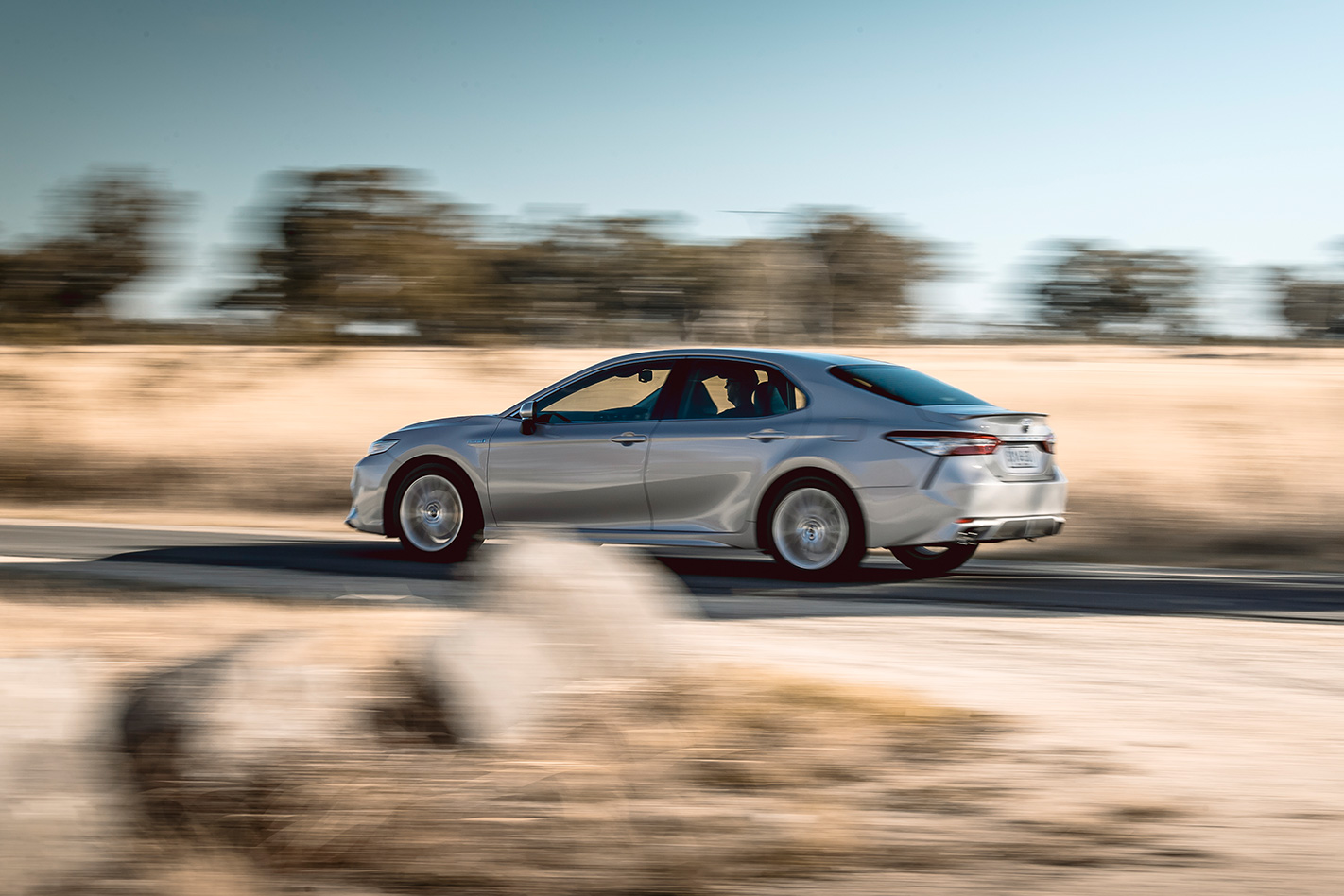 WARRANTY AND SERVICING
Holden is currently offering the Commodore with a seven-year warranty as it finds the new large car’s showroom appeal lagging that of the model it replaces, and ups the ante to lure buyers. The standard Holden warranty runs to just three years and 100,000 kilometres, making it one of the least attractive in the new-car market. 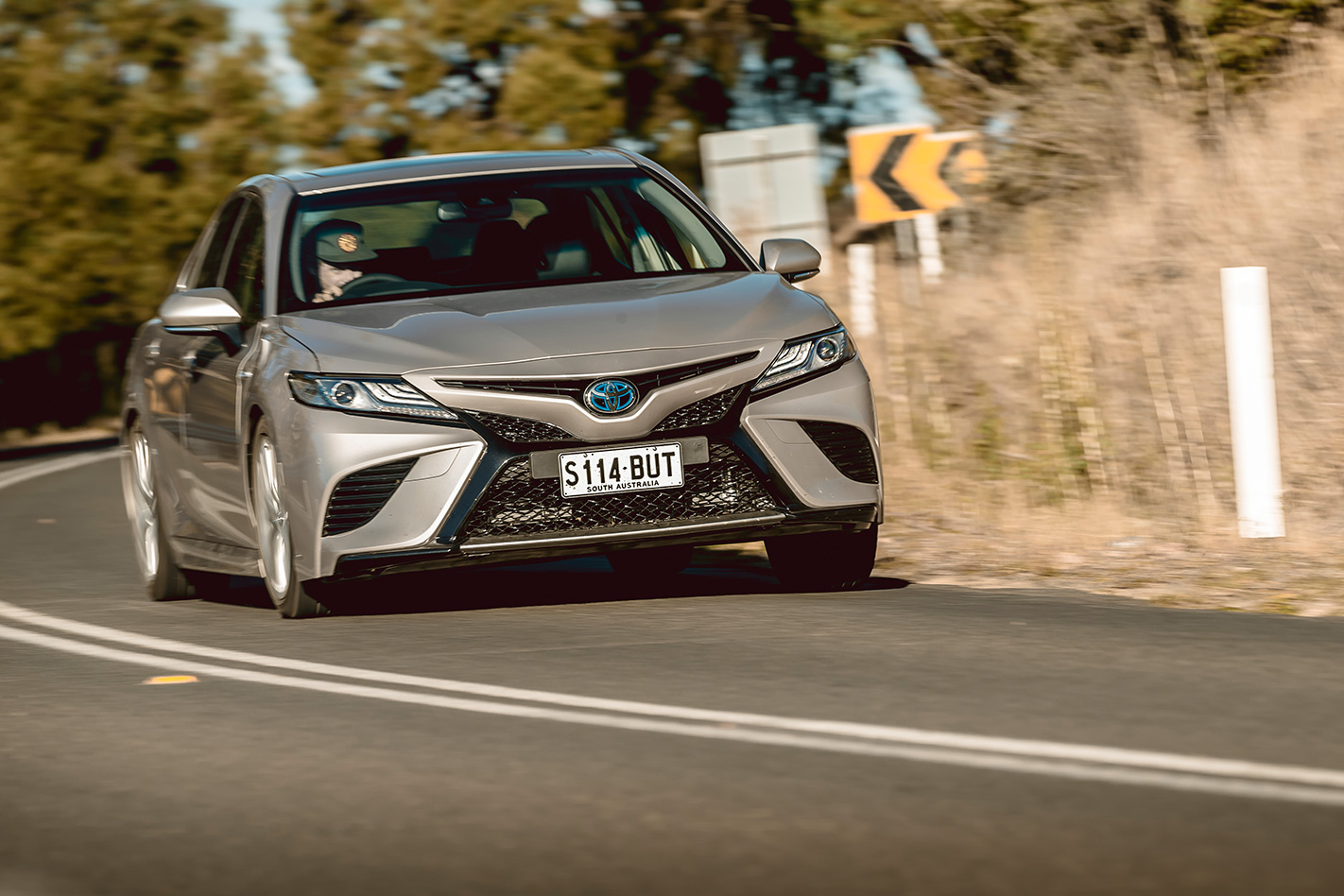 Likewise, Toyota caps its warranty at three years and 100,000 kilometres. This compares with a best-in-the-business seven years and unlimited kilometres that some car makers now offer.

The Commodore will have you booking it in for a service each year, or 12,000km. Early services range up to $300 before jumping higher after three years.

In contrast, the Camry will require a service every 15,000km or 12 months. It is capped at $195 for the first five years, although Toyota warns it could cost as high as $414 if every service item needs replacing. 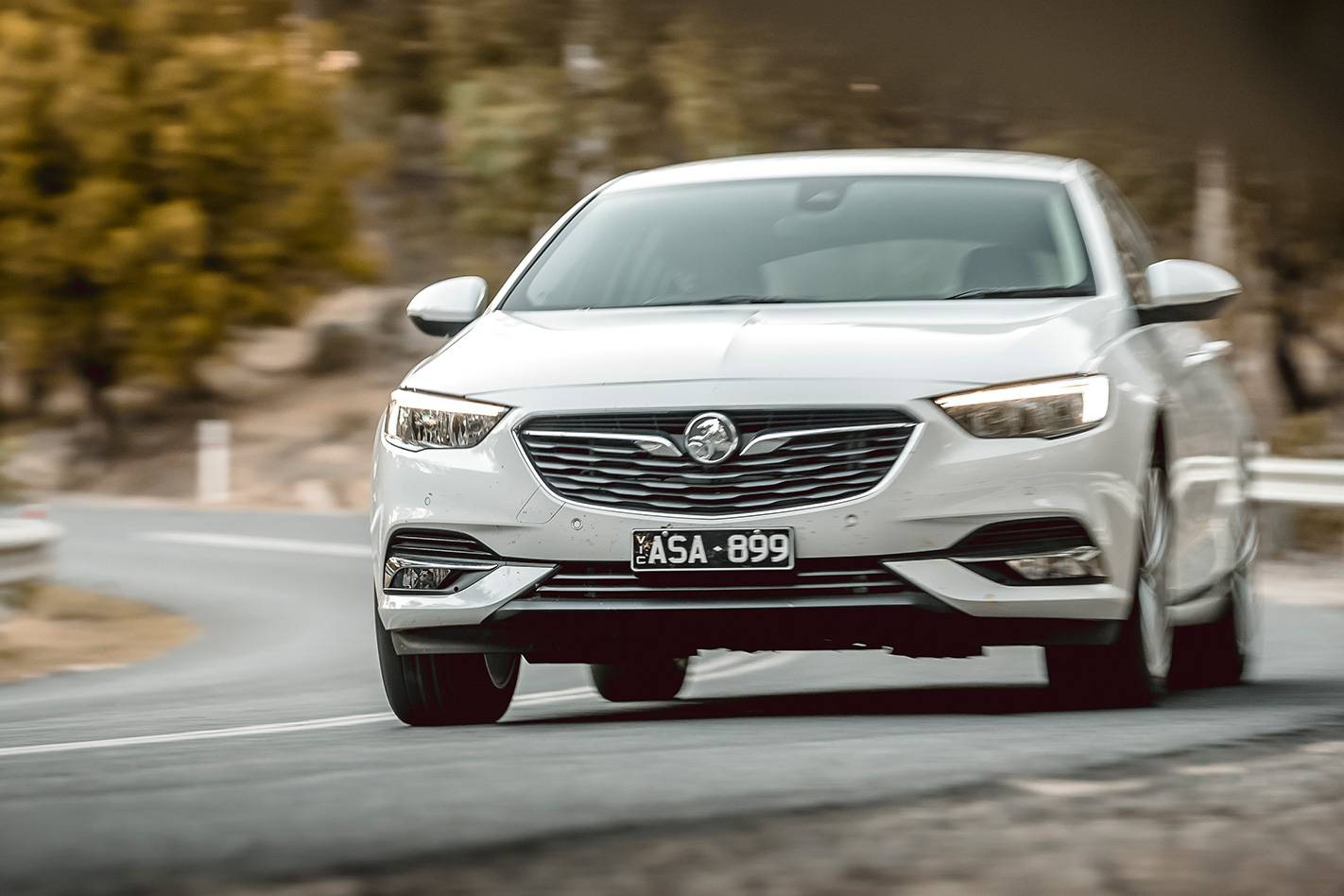 A Commodore might beat a Camry in a straight line, but a Camry can beat a Commodore in a straight-up comparison. Bet you didn’t see that one coming. The Camry edges over the line with a product that feels more worthy of a Lexus badge than the Toyota insignia, while the Commodore doesn’t really quite present itself as the complete package, lacking quality for its interior and its touring-spec ride and handling. Compared with the Holden, the Toyota just edges ahead as a compelling package of performance, economy and value. But by the narrowest of narrow margins. 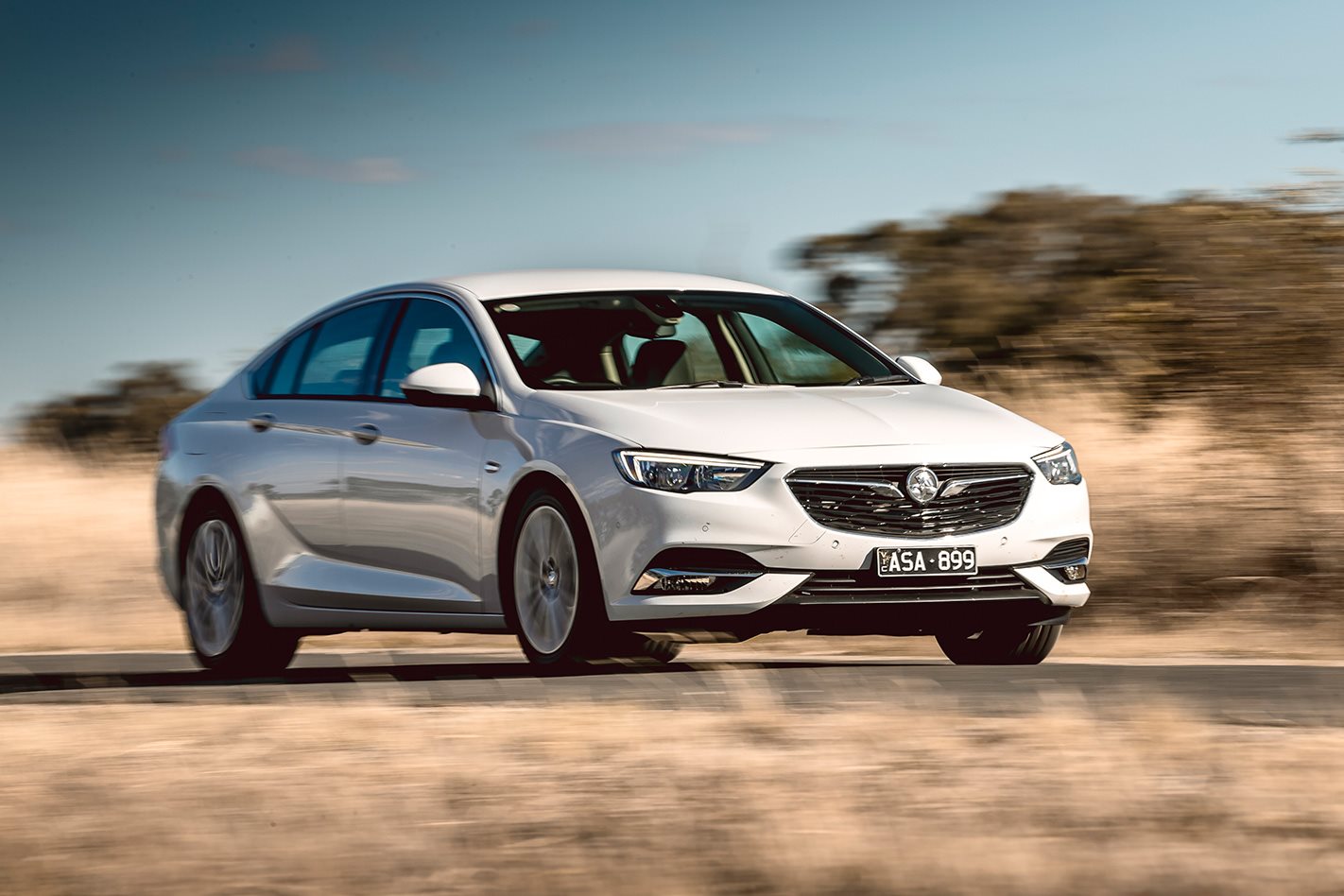 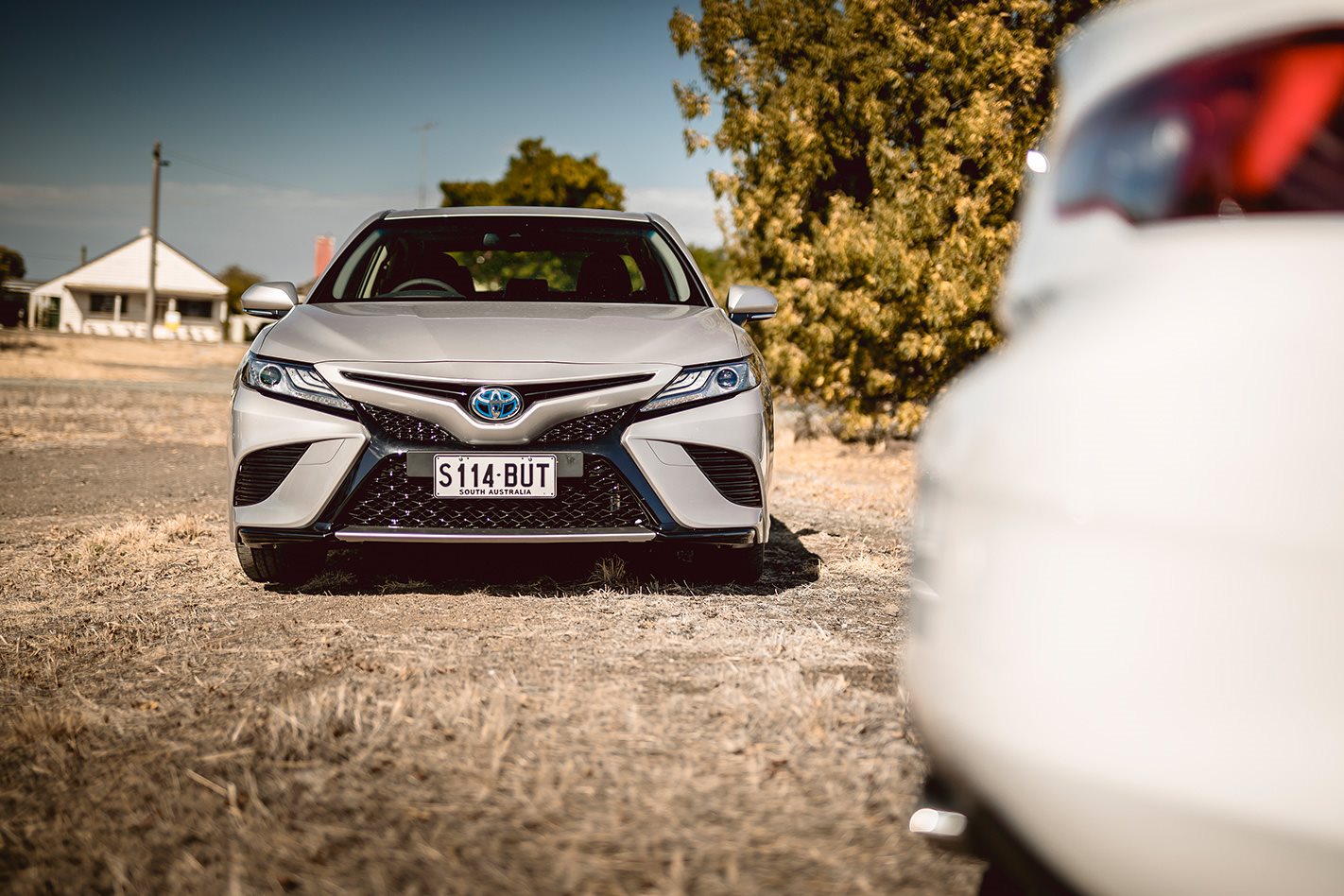 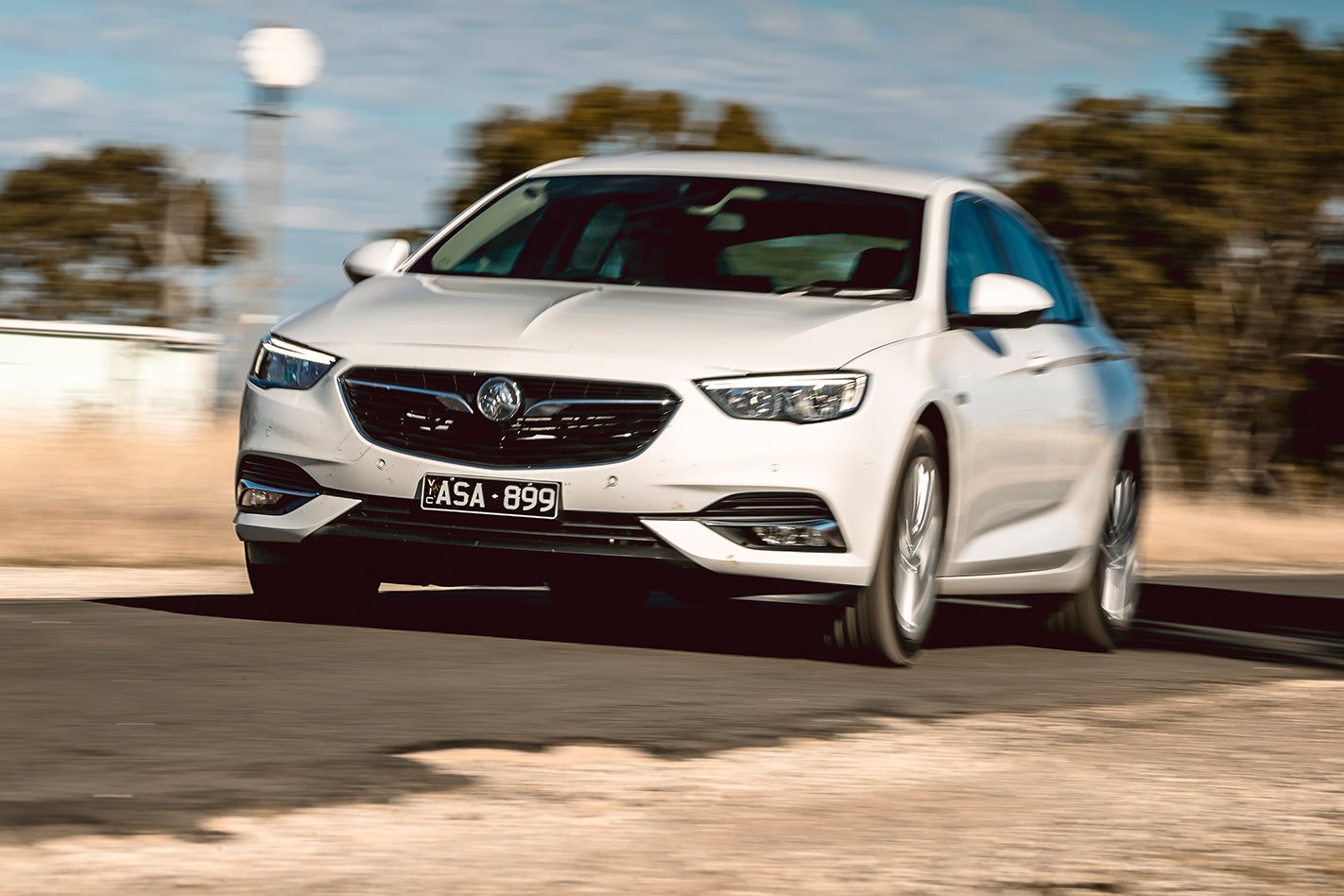 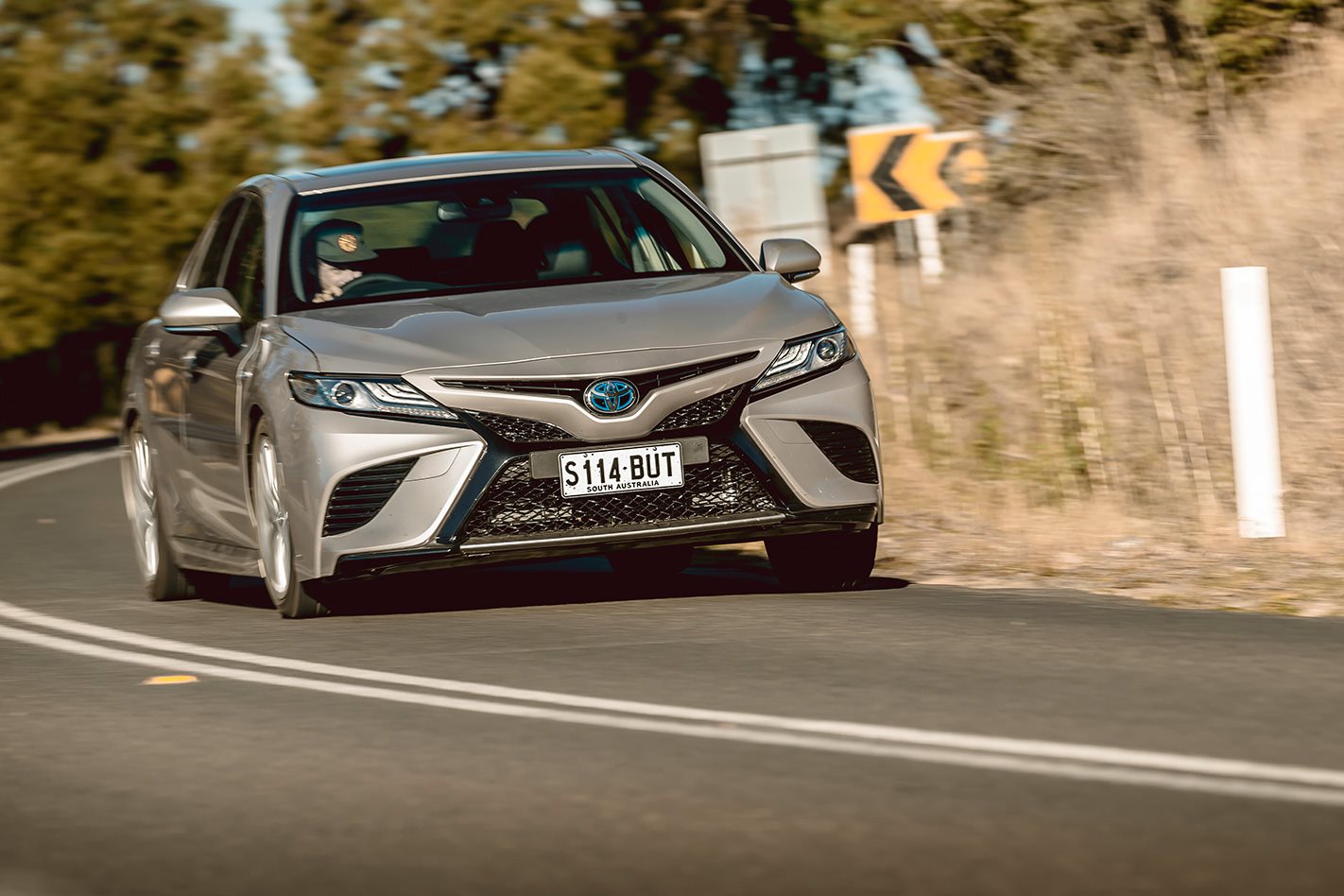 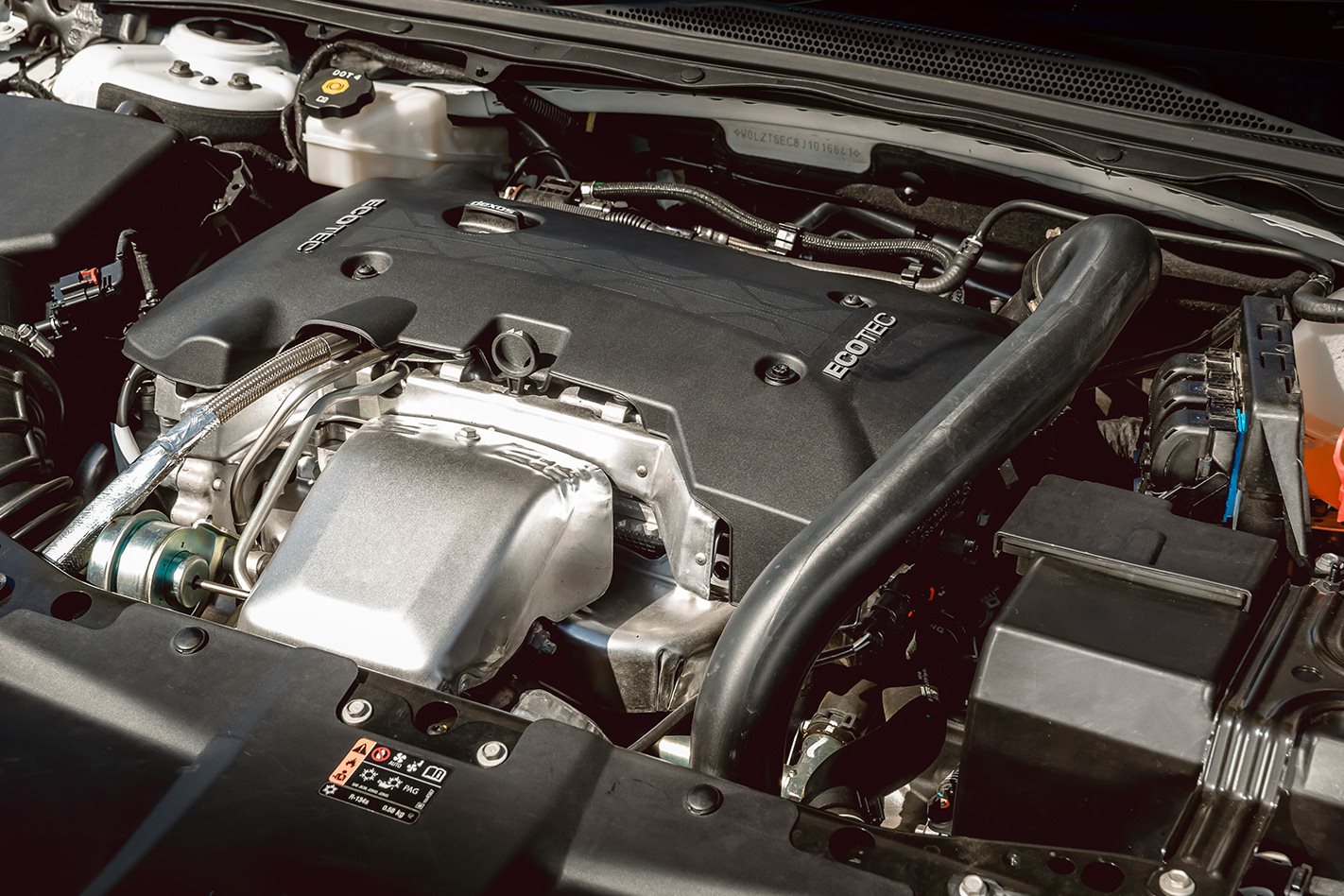 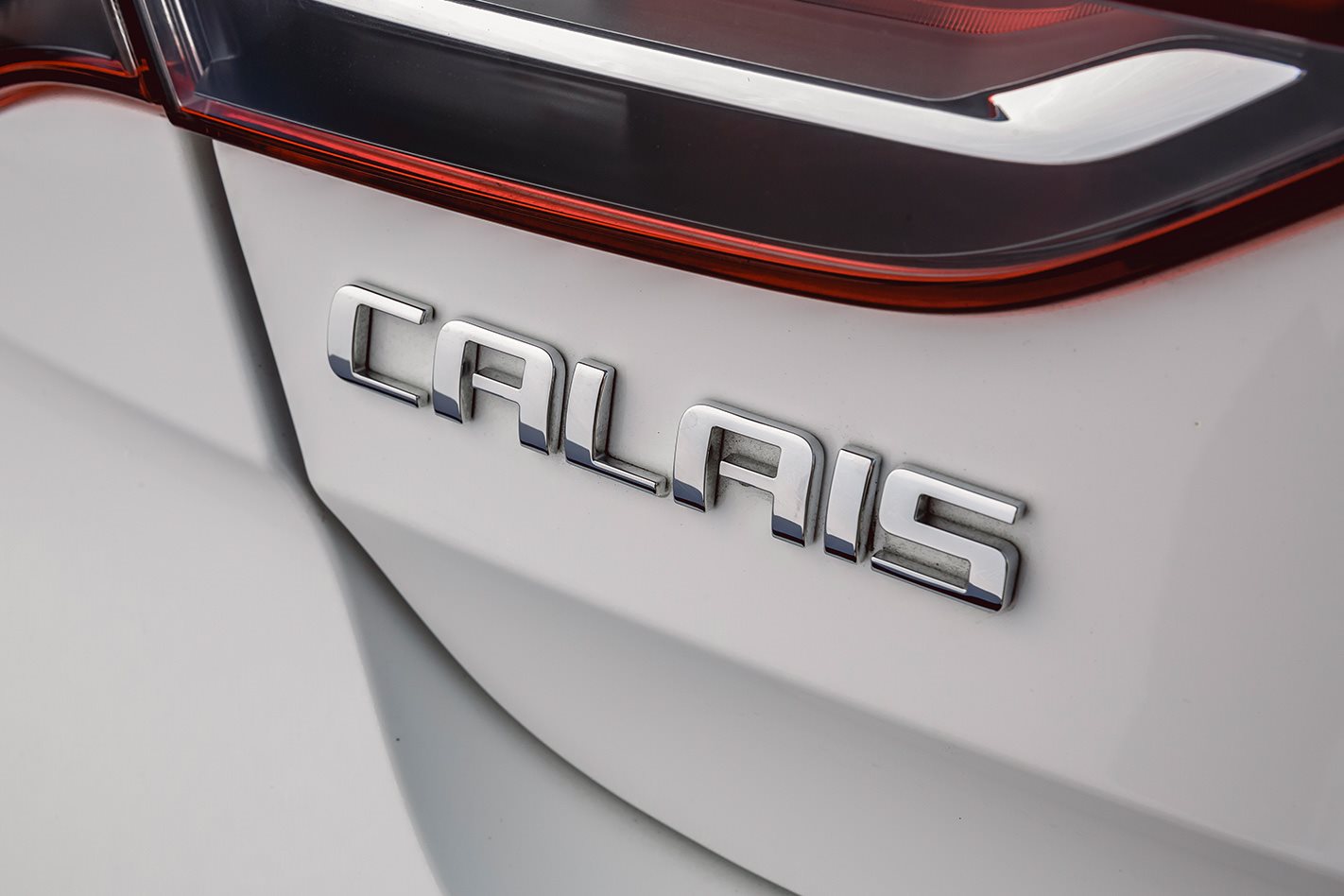 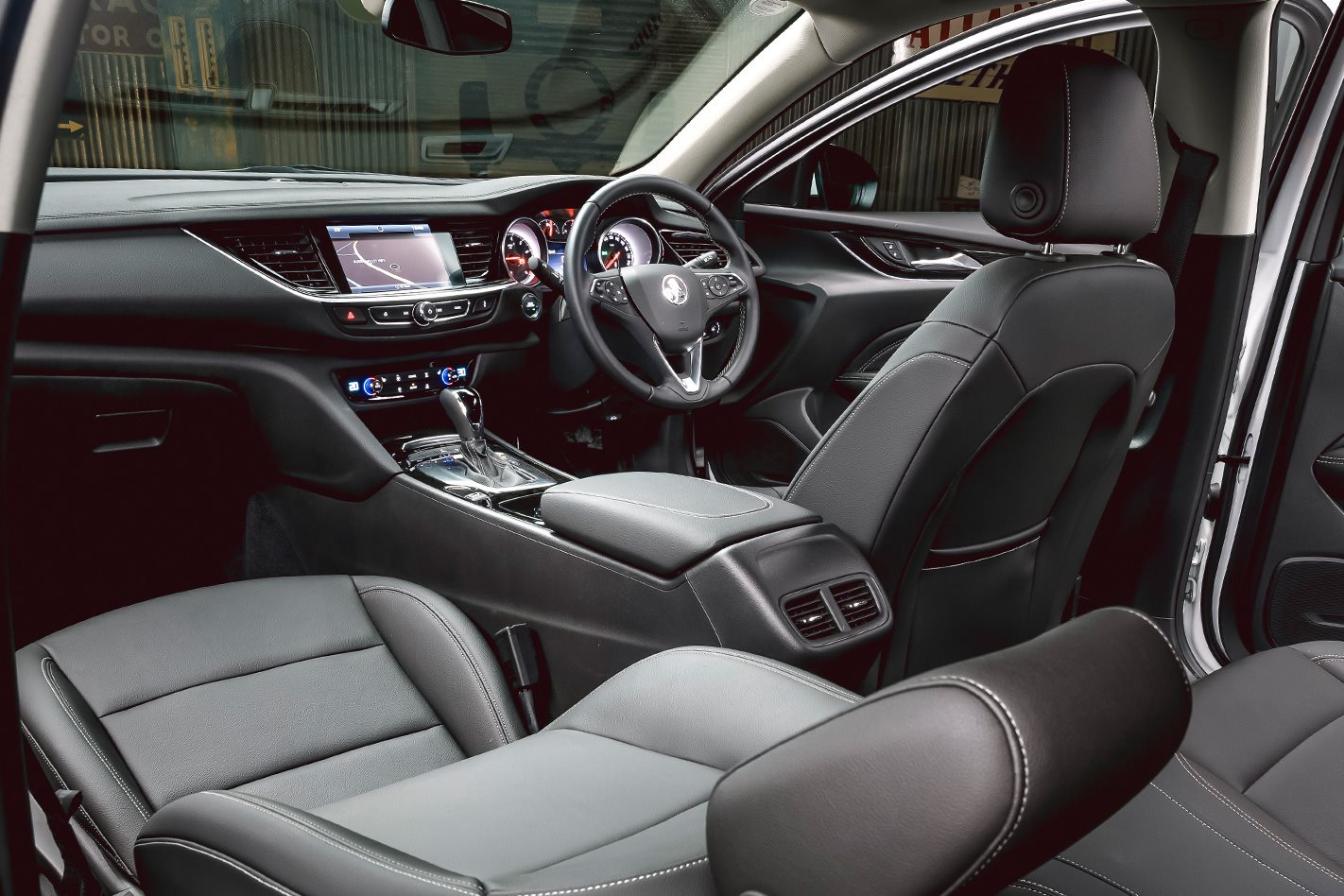 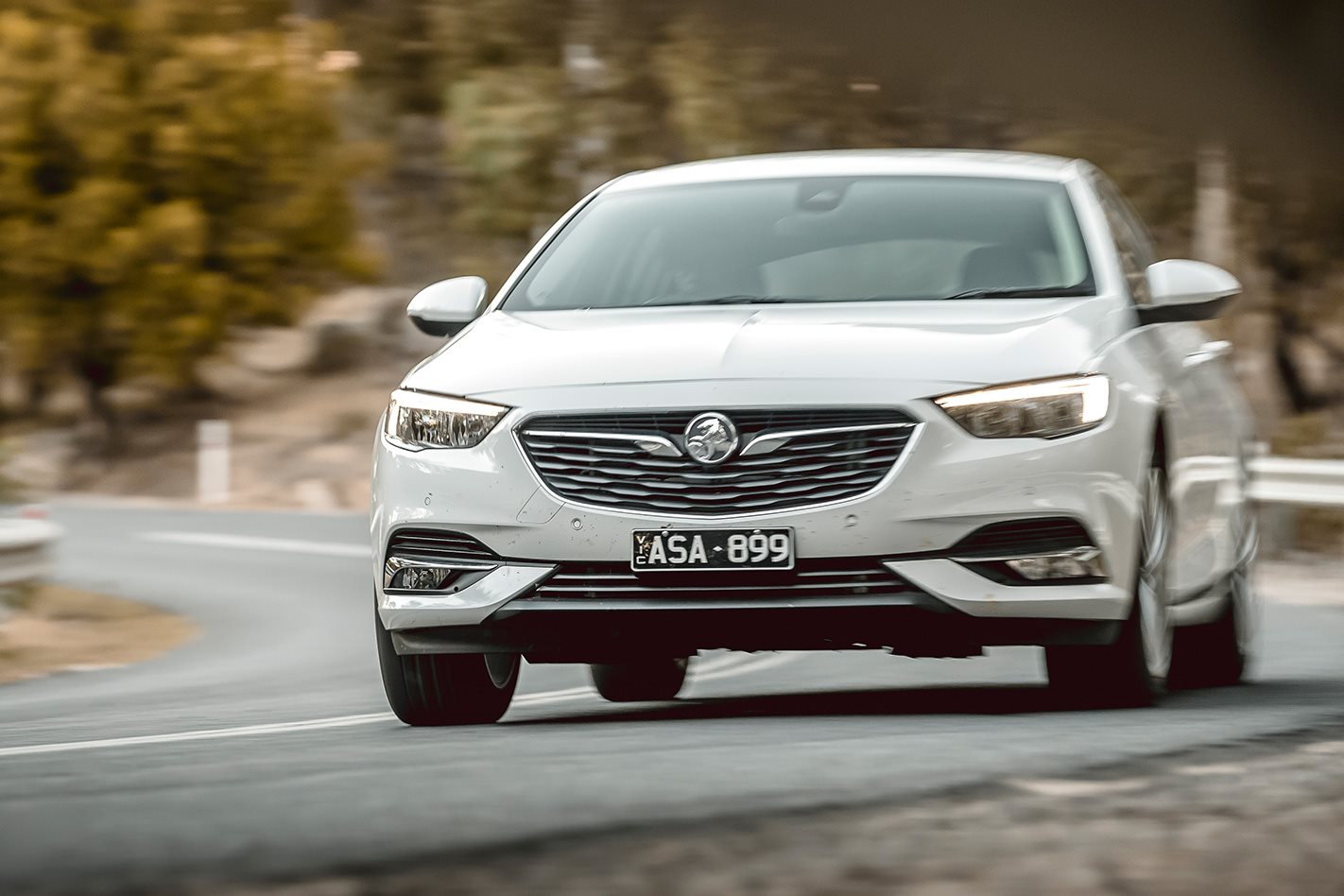 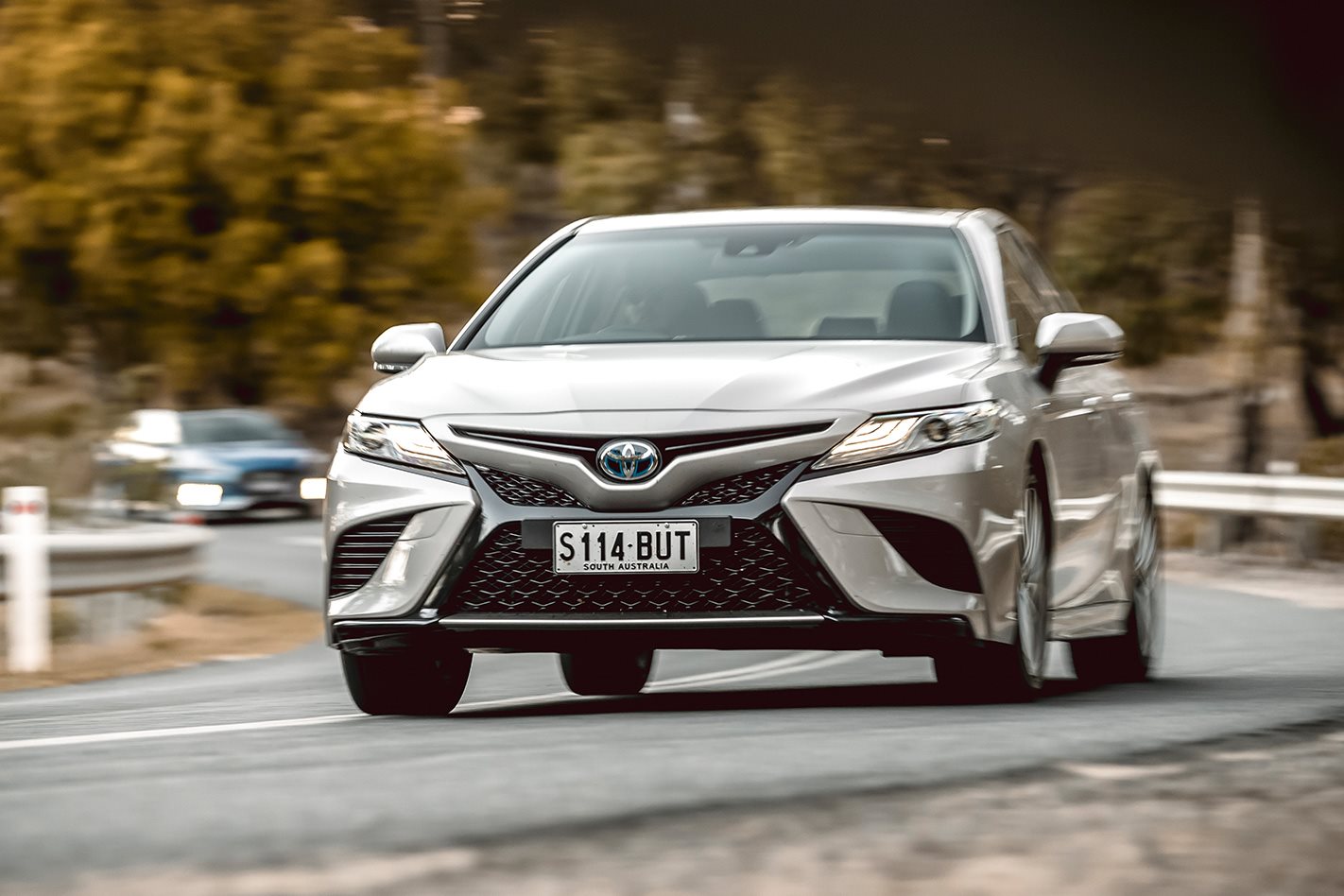 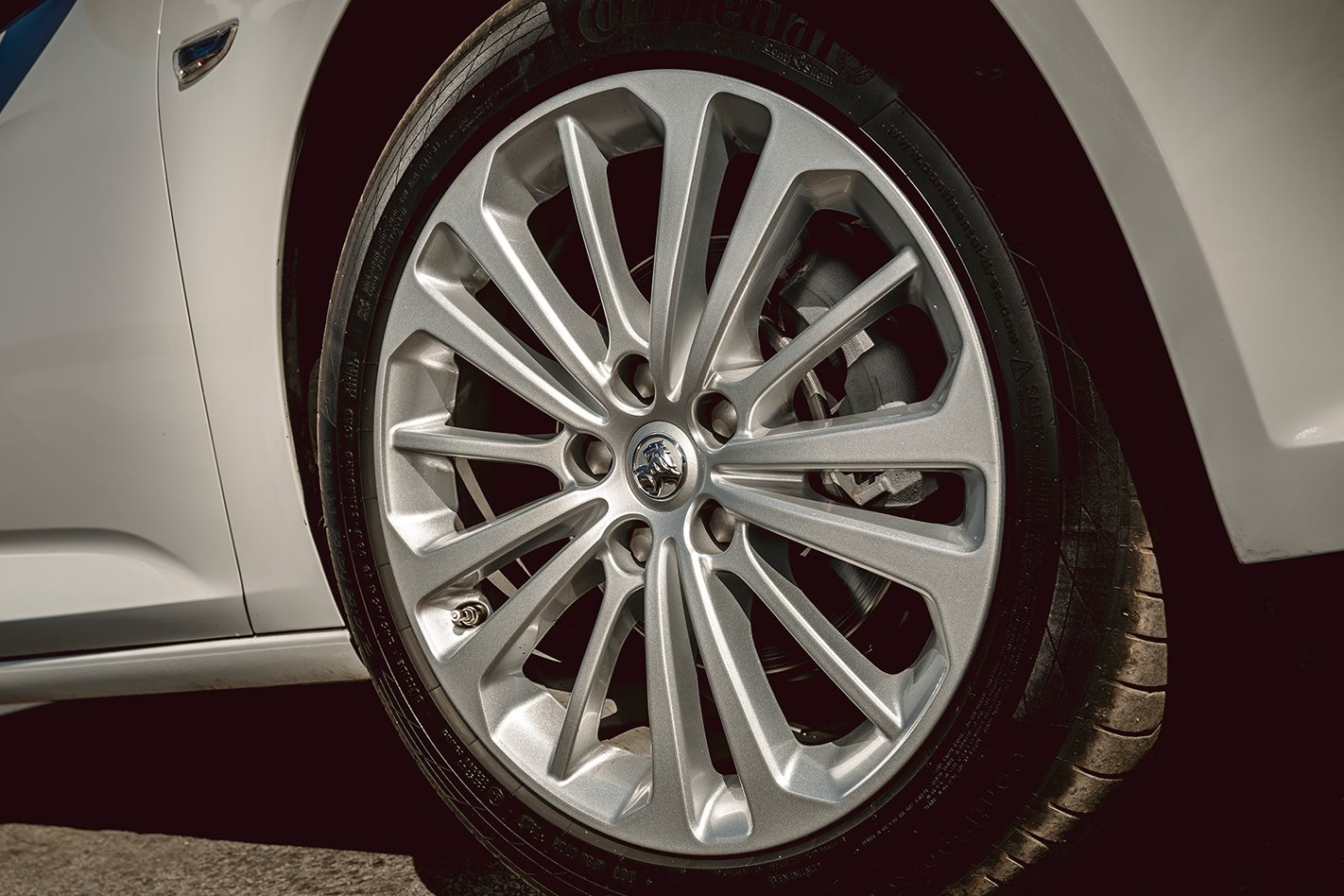 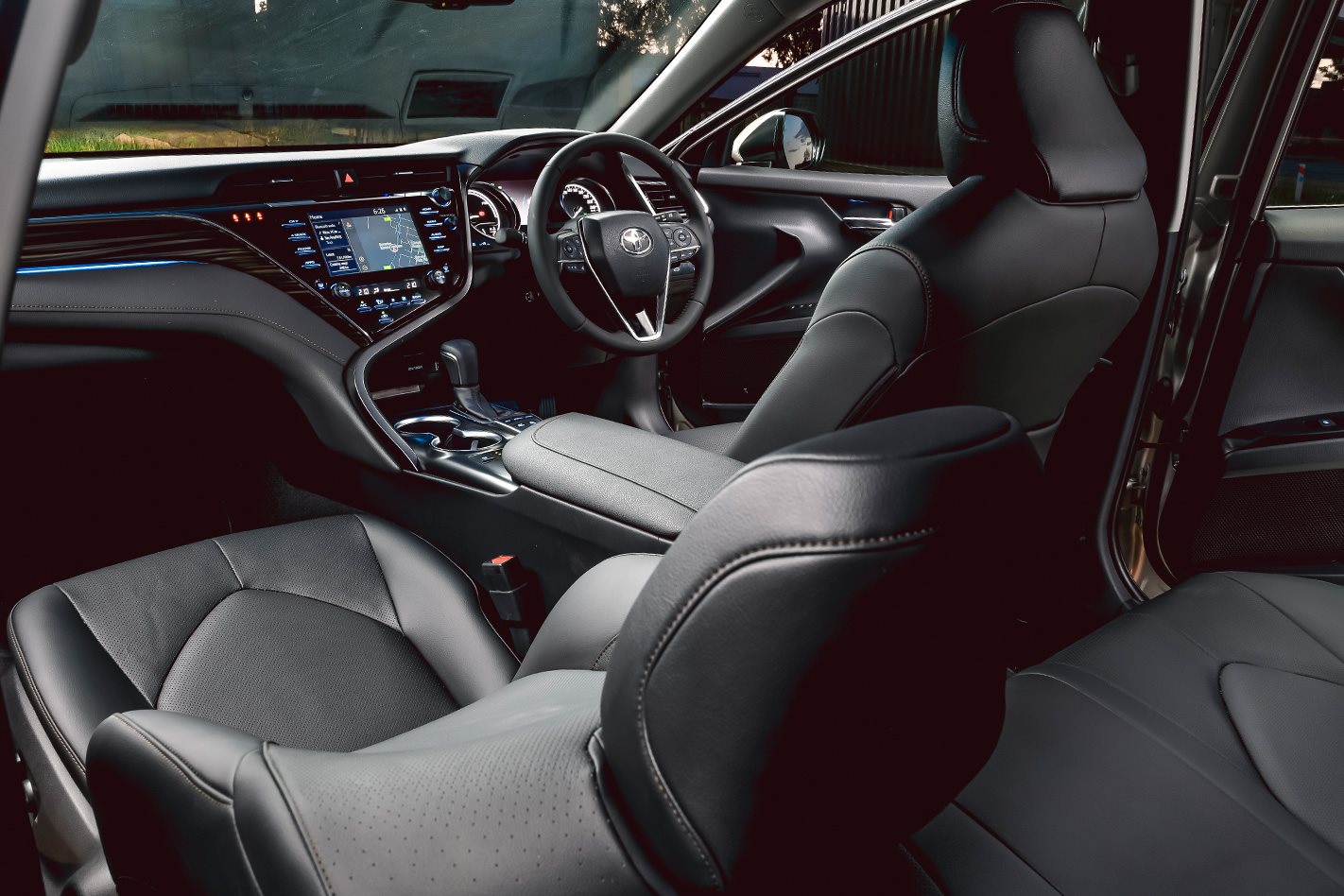 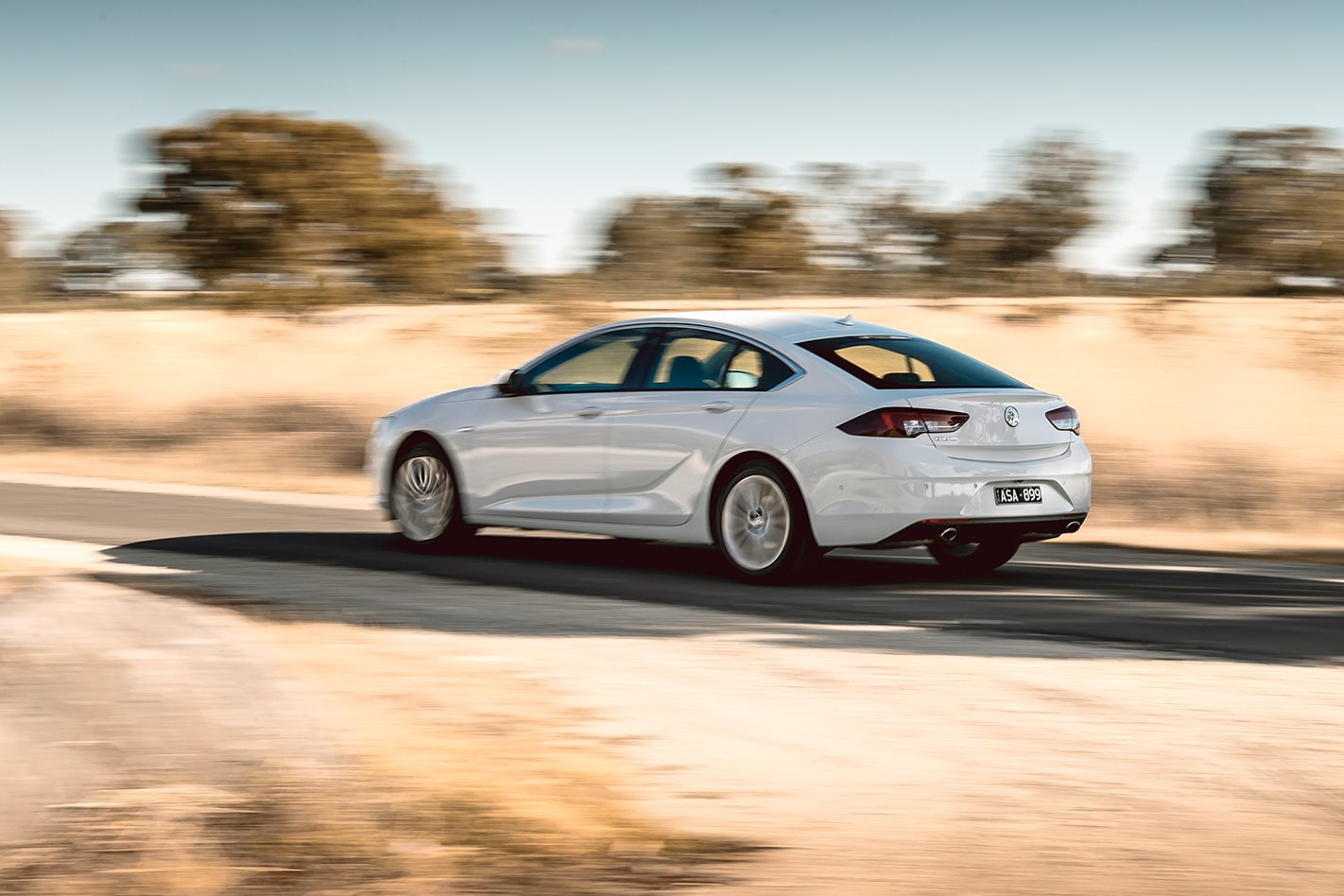 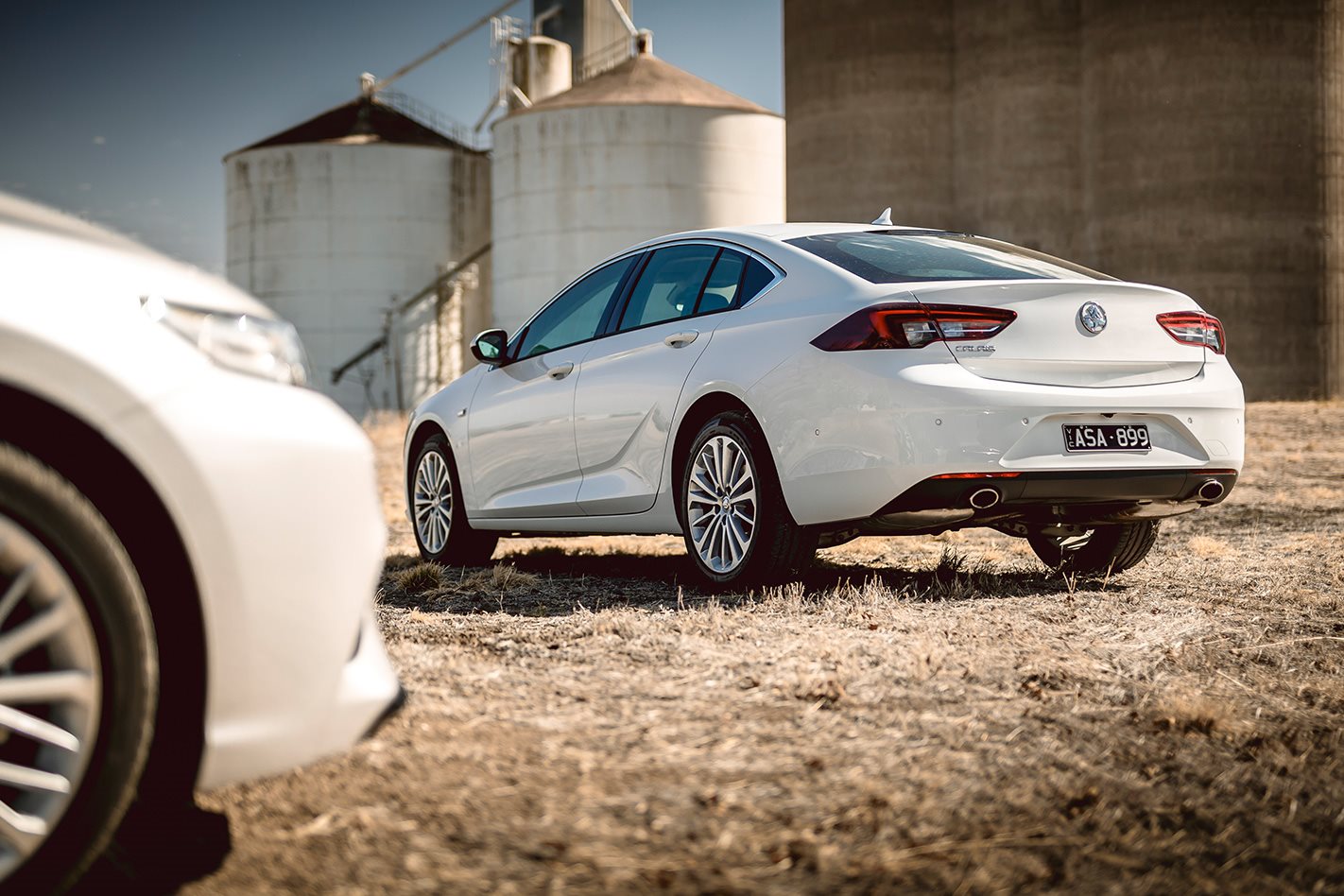 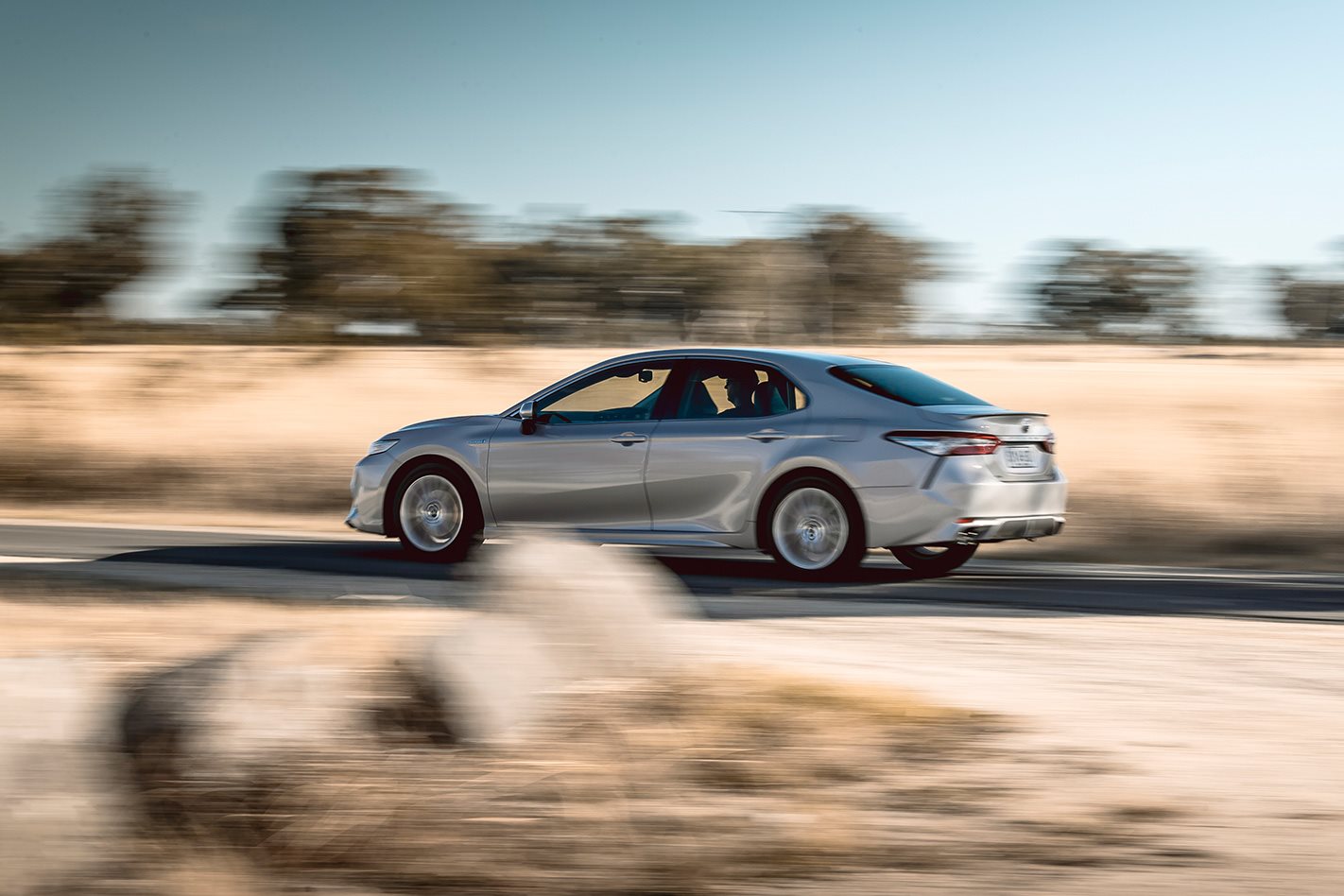 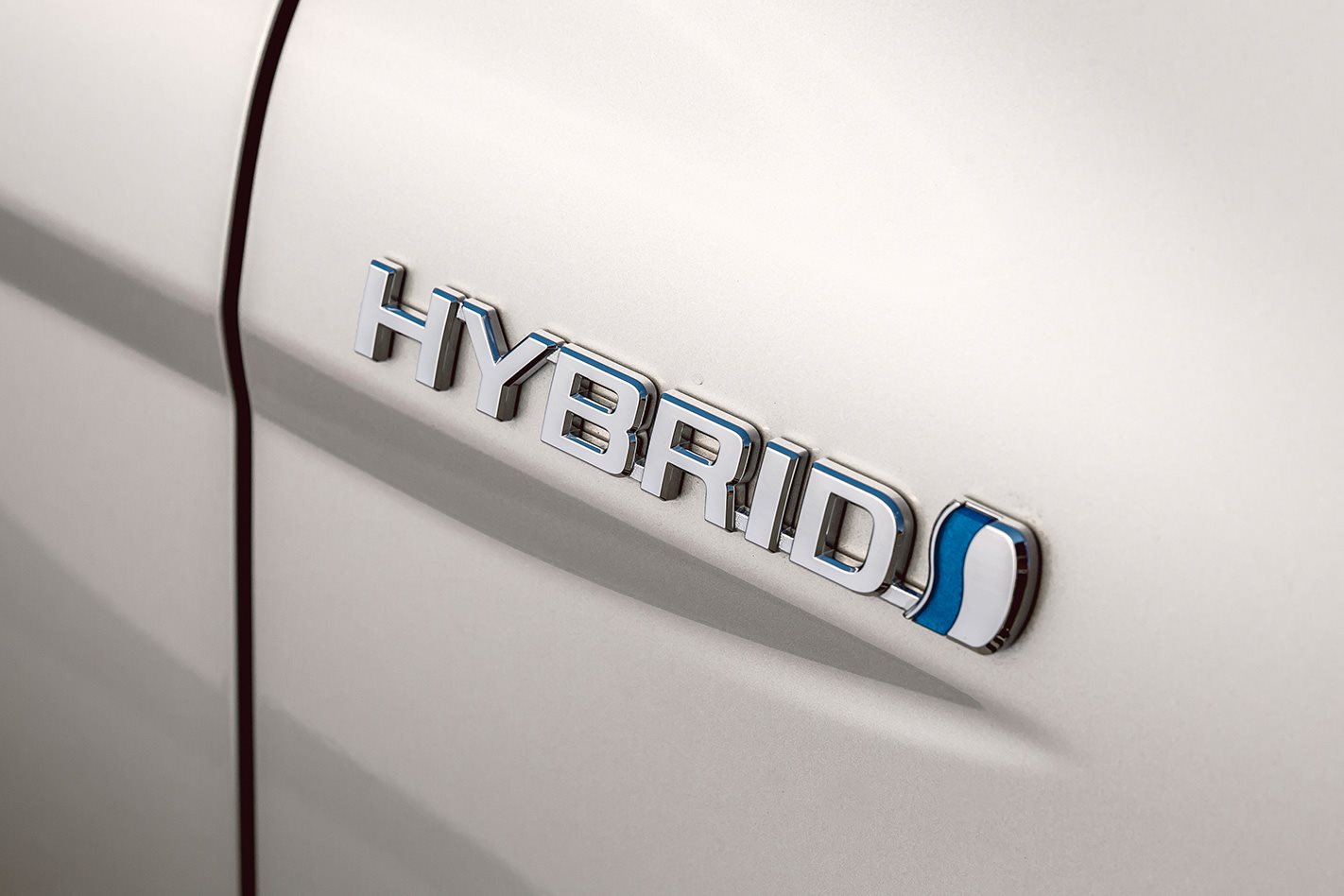 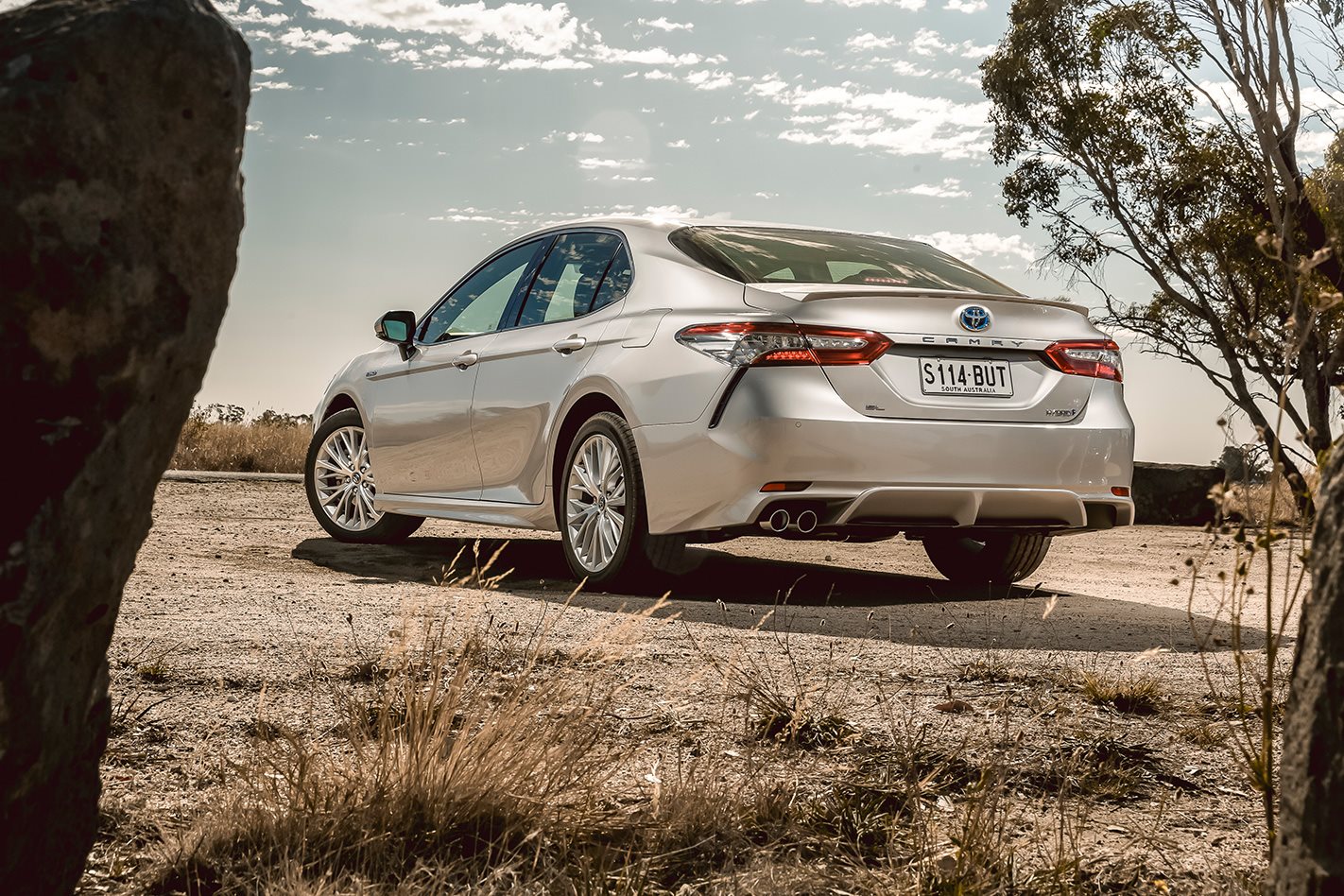