WITH every luxury manufacturer under the sun throwing their hat into the SUV ring these days, we’ve got sympathy for those shopping in the upper echelons of the segment.

While previous advice would have simply been “buy something German”, these days the luxury SUV landscape is a little more complex. And there’s also the neighbours to consider: as in, do you really want the same car as everyone else in your leafy, tree-lined avenue?

The good news is this – 2017 was a bumper year for SUV debuts, with even the likes of Alfa Romeo and Maserati, two previously SUV-averse marques, entering the fray. Alongside those Italians were two other Europeans, the Volvo XC60 and Range Rover Velar, and both stack up as impressive offerings in their own right.

The Range Rover Velar is the pricier of this pair, but to the average person it probably looks a magnitude more expensive than it actually is.

Features such as flush-fit door handles that electrically slide out to greet your hand are a concept-car trick that somehow found their way to the production line, while the Velar’s shallow glasshouse and stretched lamp housings give it a high-end, futuristic appearance. The Volvo XC60, as handsome as it is, looks far more conventional. Both are jam-packed with equipment. The Velar offers air suspension as standard, along with acres of leather, cruise control, three sizable horizontal screens in the dashboard (two for infotainment functions, another for the instrument panel), power-reclining rear seats, a powered tailgate, lane departure warning, blind spot monitoring, rear traffic alert, a 360-degree camera and AEB. The XC60 doesn’t have as slick an infotainment fitout, only boasting a single large vertical touchscreen display in the centre of the dash and a 12.3-inch-wide electronic instrument panel in front of the driver, but it compensates with more standard driver aids than the Rangie; the Volvo ups the ante with active cruise control, lane keep assist, a self-parking feature and Volvo’s Pilot Assist semi-autonomous driving mode as standard.

Did we mention the XC60 is a plug-in hybrid, too? All told, the Volvo’s feature count is more impressive, especially considering the substantial price differential that favours the Volvo.

The Range Rover may lose the value argument, but it wins for cool factor. The screen-heavy interior of the Velar is the most futuristic-looking in its segment, and the clean and tidy presentation should have universal appeal. Then there are the little details, such as glossy backlit steering wheel buttons that change their graphics depending on what function they’re serving (and have touch-sensitive controls to boot), plus that aforementioned triple-screen layout and pop-out door handles. You can even remotely control aspects of the car via a smartphone or smart watch, for a bit of James Bond flair. But what the XC60 lacks in glitter, it makes up for with its overall polish. The cabin presentation, dominated in our T8 tester by black leather and shiny aluminium trim, can look a bit like a gin palace next to the refined elegance of the Velar, but the material quality of the Volvo is outstanding.

Comfort, too, is another ace up the Volvo’s sleeve. Its front seats are commodious and supportive, while the Velar’s could do with more upper-body contouring. In the back, the Velar edges ahead slightly thanks to electrically reclining backrests and a more elevated bench for better forward vision, but legroom and headroom is about par between the two. Behind the rear seats you’ll find a 558-litre load area in the Velar, a not-insubstantial 53 litres more than what’s offered in the XC60 – enough for another set of golf clubs.

It’s not surprising that the Volvo, what with its plug-in hybrid capability and super-frugal 2.0-litre petrol engine, comprehensively trounces the Velar in the fuel economy stakes. What genuinely raises eyebrows, though, is that the XC60 is also the better athlete.

On-paper stats suggest otherwise, with the XC60’s supercharged and turbocharged four-pot and single electric motor peaking at 235kW and 400Nm, handily shaded by the Velar P380’s 280kW/450Nm supercharged 3.0-litre V6. The Velar also weighs almost 220kg less than the Volvo, yet the XC60 pips it to 100km/h by 0.4 seconds. At 5.3 seconds from 0-100km/h the Volvo has hot hatch pace, and it’s all down to the brutal effectiveness of its electrified powertrain. 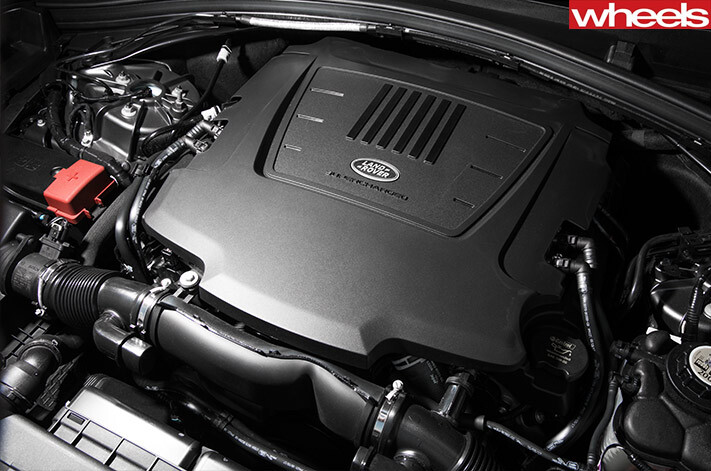 Lag simply doesn’t exist, with the electric motor taking care of low-rev take off, the supercharger stoking the midrange, and the turbo filling out the top of the tacho. Flex the accelerator pedal and the response is V8-like in its immediacy and effortlessness – and addictive as a result.

The Velar is still fast, but it builds its pace in a more linear manner, with at least 3000rpm needed on the dial before it feels properly urgent. It’s less frenetic and more refined –in keeping with its posture as a luxurious rather than overtly sporty SUV. 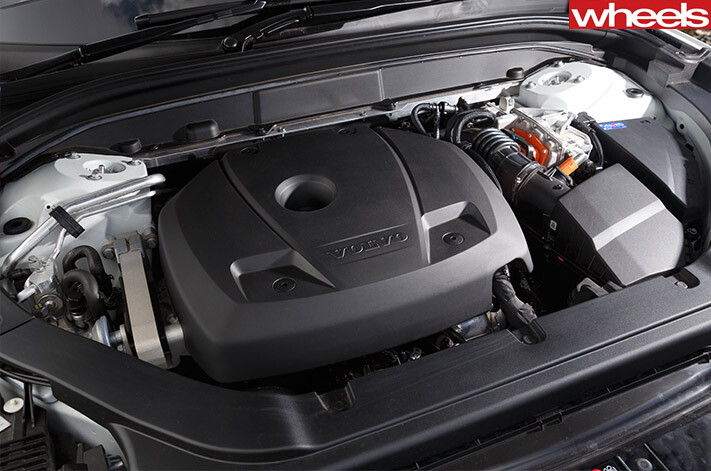 Both Velar and XC60 T8 are suspended on air springs, but the Velar’s smaller 20-inch alloys and chubby Pirelli Scorpion rubber transmit fewer jolts into the cabin than the XC60’s 21-inchers and P-Zeros. With the adjustable dampers set to ‘auto’ the Velar provides a splendidly supple ride.

That said, the XC60 isn’t far behind for comfort. It easily soaks up bigger bumps and its more taut suspension settings means it produces less vertical movement than the Velar on extremely lumpy roads. Road noise is a bugbear, though. On coarse-chip surfaces the Velar is a church, while the XC60 T8 is full of white noise. The Velar’s stately ride is also reflected in the way that it handles. “Plushness” is the order of the day for the Rangie, and its cushy air springs deliver exactly that. Don’t take that as code for “it’s a barge”, though, for the big Velar manages to meld suppleness with good roll suppression.

However, equipped with all-terrain tyres rather than road-biased performance rubber the Velar is simply under-tyred for fast driving. The slow-ratio steering rack also gets in the way, transmitting little in the way of feel to the driver’s fingers, while the mushy brakes necessitate caution when the speeds are high and inclines are steep. The XC60 contrasts hugely. Though also a smooth ride on craggy tarmac, it relishes windy roads and has a front end that eagerly turns into corners with only modest steering inputs. There must be some serious engineering genius lurking the corridors of Volvo’s Gothenburg headquarters, for the XC60 T8 feels far more nimble than a 2.0-tonne SUV should.

With the combustion engine taking all of its power to the front wheels there is some torque steer that can be felt through the wheel, but that just further reinforces the Volvo’s ‘supersized hot hatch’ persona. The only blot on its ledger is an over-sensitive brake pedal – until you get accustomed to it, be prepared for the seatbelt to bruise your sternum. 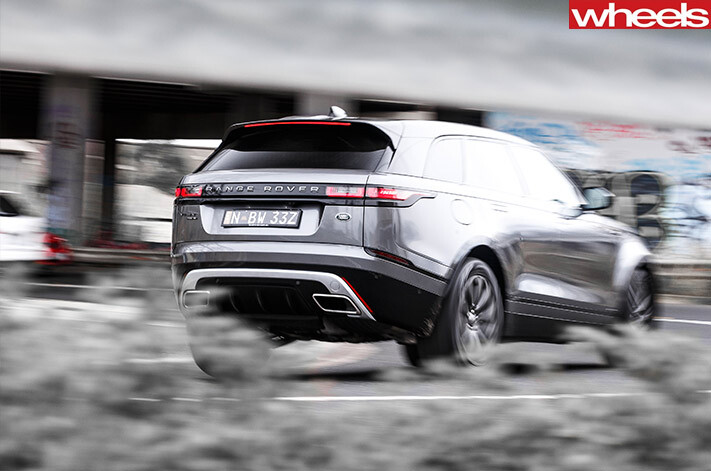 The Velar P380 is the Kardashian-spec choice, what with its stylish exterior and in-vogue interior, but the XC60 T8 appeals in almost every other respect. It’s still loaded with tech, impeccably built, is a dream to drive and handles like a car several sizes smaller.

Not only that, it’s got green credentials under its bonnet and a plug-in capability that can save you some serious dosh. Those same electric innards also give it stonking acceleration too, proving you can very much have your cake and eat it.

Its technological sophistication makes the Velar look quite old-fashioned, even though the Rangie is the one with the most futuristic styling. Factor in the XC60’s far more agreeable price tag, and the Volvo’s dominance over its British rival is clear.