The XC60 looks set to continue a formidable record of success, even if the car is as sporty as shooting fish in a barrel.

VOLVO'S middleweight SUV detaches itself from the usual contenders in the premium sector by focusing on safety and sustainability rather than performance or off-road ability. Does that make it a bit boring? Not a bit of it.

WHAT IS IT
The XC60's task would appear to have become tougher with many new entrants in the upper end of the middleweight SUV sector. Rather than compete head-on with the cars like the Land Rover Discovery Sport or the Audi Q5, Volvo delivers downsized fuel-efficient engines and a typically Scandinavian level-headed take on what family buyers really want and need. 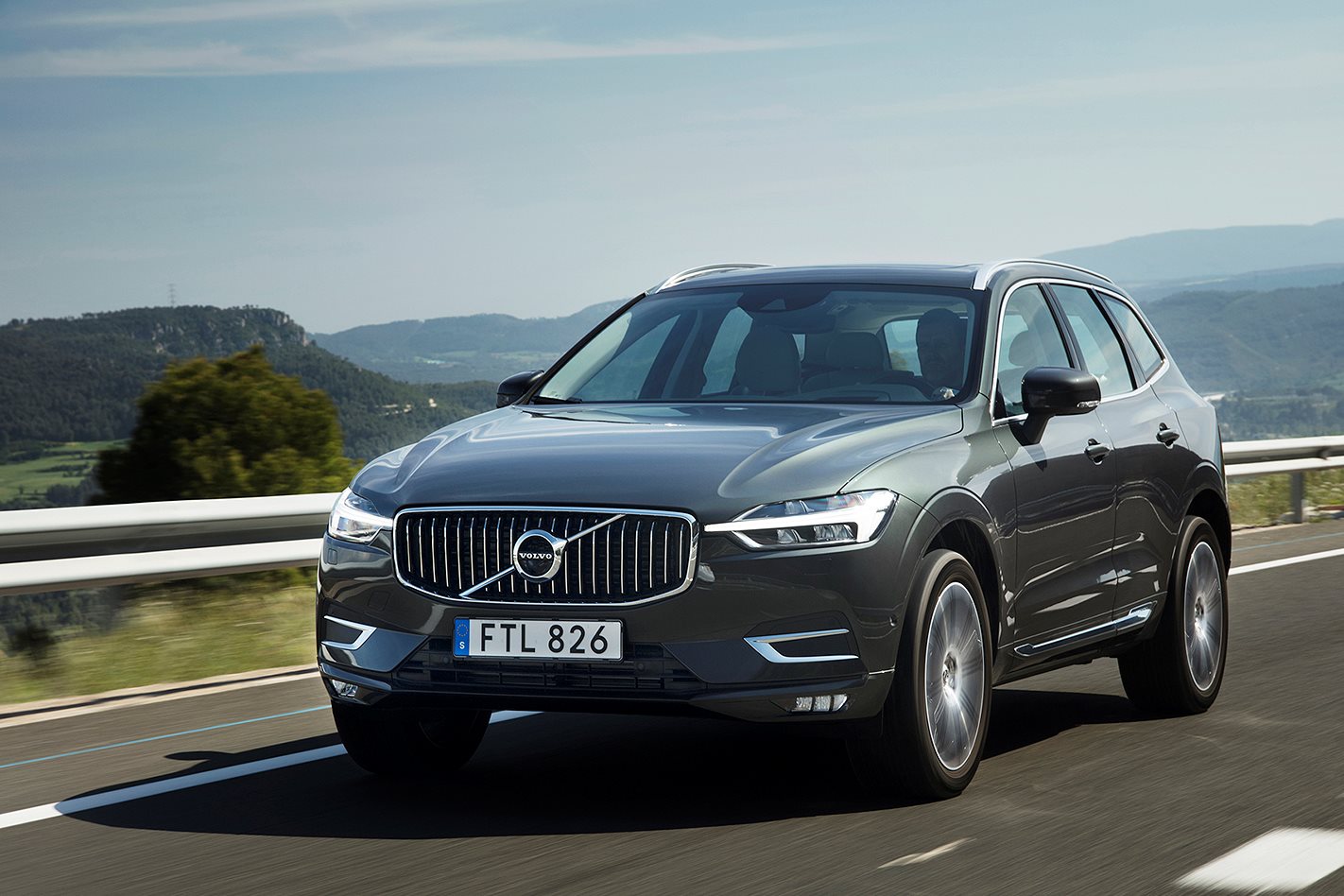 WHY WE'RE TESTING IT
With the biggest sector share in Europe, we were keen to see whether the XC60 could continue that record. It’ll need to step up to the plate here in Australia, where the car has comparatively underperformed. An early steer of the cars that'll soon be in Aussie dealers was too good to pass up.

THE WHEELS VERDICT
While it looks at first glance that Volvo has played it safe with the XC60, the engineering is evidence of a huge gamble. Will downsizing the engines pay off? We think it will. Volvo can probably make this work, but its key German rivals might encounter more buyer resistance making this shtick work for them. 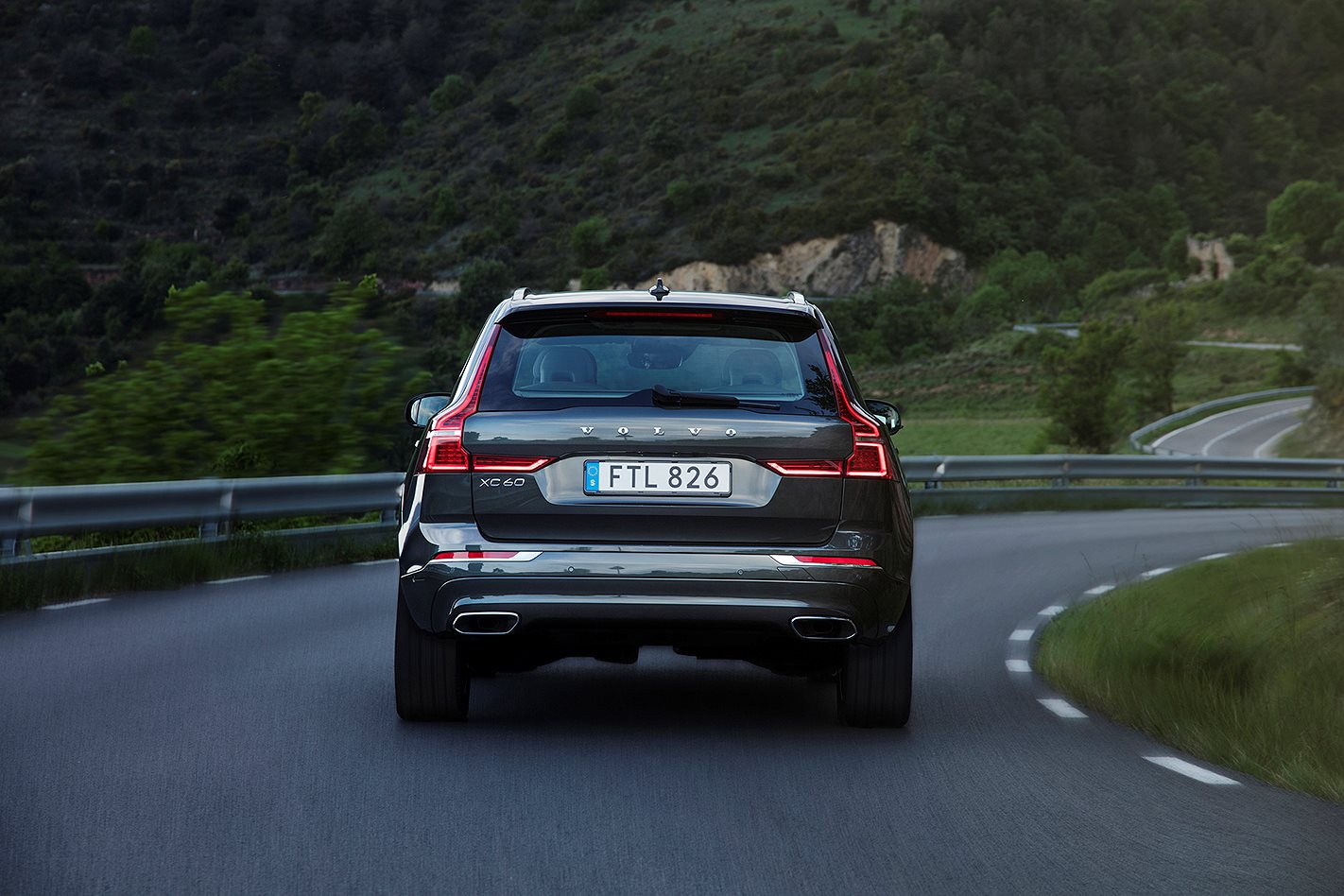 THE WHEELS REVIEW
As slips of the tongue go, it was telling. “We hope you enjoy...” and a slight furrowing of the brow as Magdalena Morin, Volvo's senior program director for the 60 series cars mentally translated the right descriptor of the XC60, “this perfect car.” Perfect. That's quite some billing. Everybody else, lay down your tools, it's not going to get any better than this.

Perhaps you can forgive Morin a certain pride in a job well done. The old XC60 set a heck of a benchmark, having been on sale for nine years, with 2016 – its final full year on sale – netting its highest sales figures. That's not supposed to happen. The usual template is for cars to shift big numbers in the first three years whereupon buyer interest tails off.

Which is why at first glance, it looks as if Volvo has played the design of the latest XC60 extremely safe. Yes, it's a bit bigger and a bit sharper in its detailing, but it would still drive past many people who were acquainted with the XC60 without them figuring it was all new.

It's anything but a cop out though. In fact, this might be the biggest roll of the dice in the whole sector. The hugely customisable chassis architecture that underpins the XC60 – SPA, Scalable Product Architecture – won't accept any engine bigger than a doughty four-pot up front. Forget the big V6s or five-pot warblers of the past. Gothenburg is betting the house that you won't miss 'em. 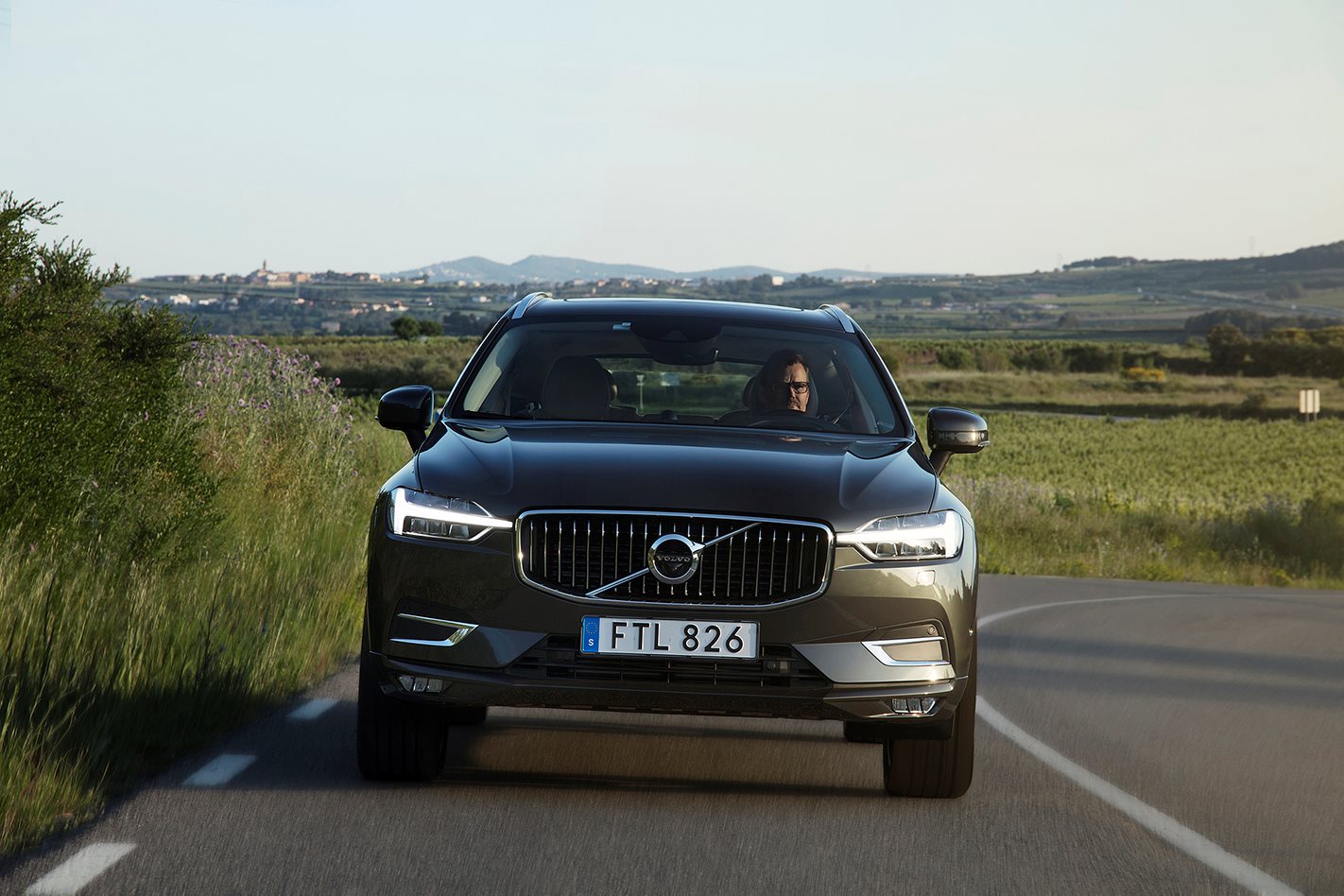 Lutz Steigler, Volvo's director of powertrains accepts that this may cost a few customers. “Yes, of course there will be some who want a bigger engine and we may not retain those customers,” he says. “But we are confident that we will attract more new customers as a result of improved efficiency.”

We've seen the SPA chassis on the 90-series Volvos of late and the XC60 is, in effect, a shortened version of the XC90's floorpan which utilises the same engines. For Australia that engine choice will comprise five powerplants to begin with, the petrol T5 and T6, the diesel D4 and D5 and the petrol/electric hybrid T8.

Available on the Barcelona launch were the 235kW T6 and the 173kW D5, all auto and AWD, with the test cars rather annoyingly fitted with the air suspension and active shock absorber setup that will be an option when they arrive in Australia in Q4 of this year.

Those who don't want to shell out for the clever air system will instead get a passive multi-link front and leaf spring rear setup. We'll have to wait for the local launch to see how that acquits itself in our conditions.

The presentation of the XC60 can't fail to impress. The styling is clean and sleek, the superstructure a little more cab-back than before, with a lower roofline and some slick detailing like the 'Thor's hammer' LED daytime running lights.

Drop inside and the Inscription trim cars are beautifully finished with ash blonde dash infills and perforated leather. There's a portrait-orientated Windows CE-powered 9.3-inch touch screen on the centre console, something which Volvo is very proud of, bristling when it's described as ‘Tesla-style’. “We thought of that first,” says Morgan Vos, the director of the infotainment platform, who's overseeing a wholesale migration in the next couple of years to a powerful Android-based architecture.

With Audi also on board with this tie-in with Google, Vos is confident that this system will gain enough momentum to become an industry standard. There's not a whole lot wrong with the XC60's current setup though, dubbed Sensus. Pairing phones, figuring out the nav and switching between audio functions is easy to get to grips with, the tile-based screen not acting as a major distraction. You get both Android and Apple integration too.

Passenger space is respectable both front and rear, even with a full-length glass sunroof scalping a few centimetres of headroom, though the beltline cants up quite sharply in the back, denying smaller kids a view out. 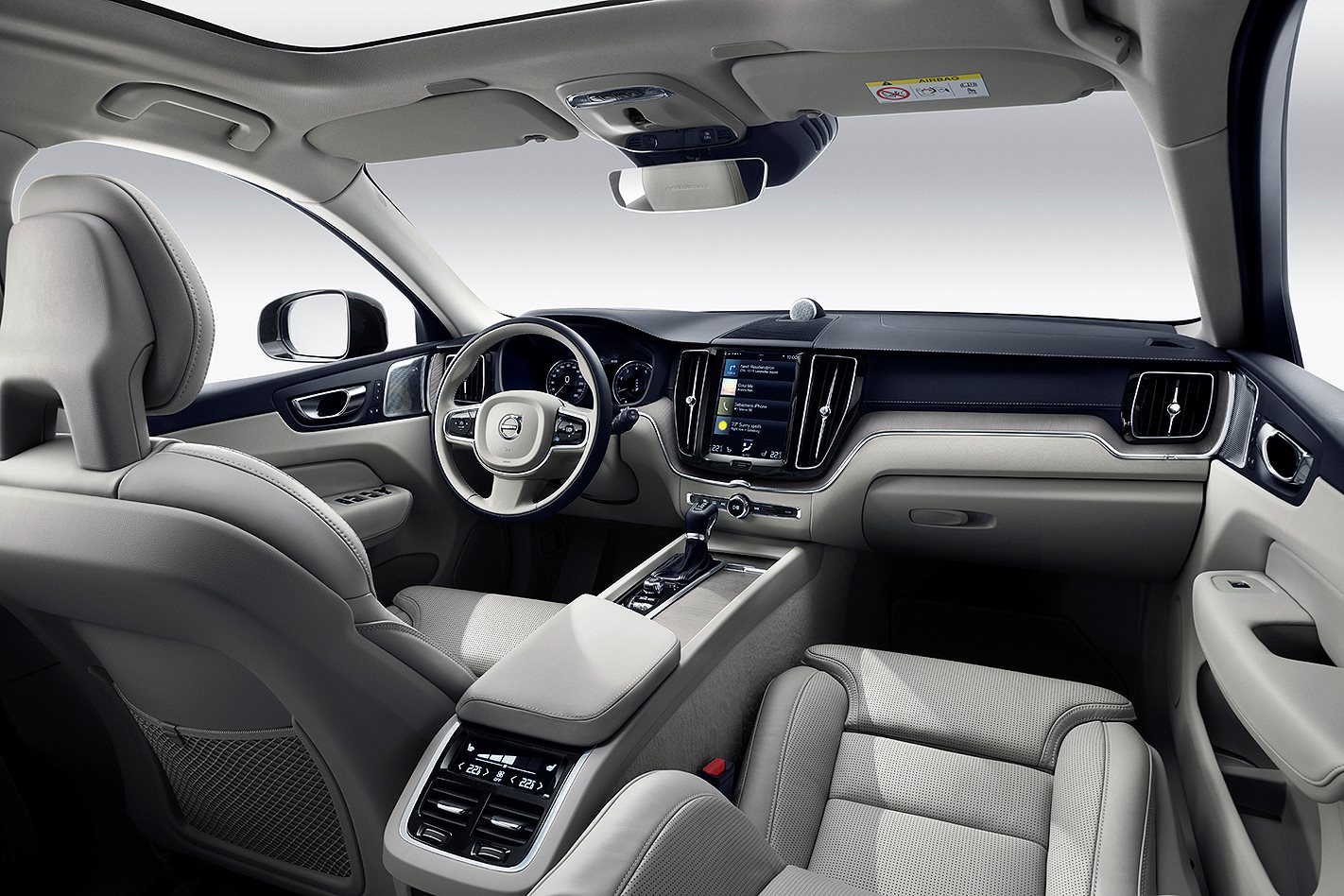 Somewhat oddly for a car that's so much bigger in most key dimensions than its predecessor, the boot measures a mere 505 litres, most of its rivals adding another 50 litres or so. Certain compromises have had to be made for the luxury of being able to package a hybrid drive system underneath.

The T6’s supercharged and turbocharged engine makes all the numbers if given a merciless prodding but sounds charmless in its hollow acoustic signature and unenthusiastic in its personality. Switch it into Dynamic mode and there's a sound symposer system that accentuates the second order firing sequence of the four-cylinder engine, with an almost imperceptible extra degree of gravel and bass.

“We didn't want to mimic the sound of a V6,” says Stiegler. “That would be odd. It's a four-cylinder,” he shrugs.

The Aisin eight-speed auto will drop a couple of gears fairly swiftly and otherwise does a good job of slurring up and down the ratios.

Handling? Do Volvo buyers care? It's safe and confidence inspiring up to a point, but doesn't egg you on to discover exactly where that point is. Ride quality on the air springs is exemplary, despite the optional 20-inch alloys fitted to these test vehicles.

The BorgWarner AWD system is another Swedish confection, in this case built in Landskrona. It uses a slick centrifugal electro-hydraulic activator to alter the front-rear torque split from almost 100:0 to 50:50 without recourse to an accumulator or a solenoid valve. For the XC60 such a system works admirably. For a Land Rover Discovery Sport, it might be deemed a bit fey.

The D5 diesel suits the XC60's character a whole lot better. With 480Nm of torque compared to the T6's 400Nm, with it arriving 450rpm earlier at just 1750rpm, the diesel engine makes the most of the auto box's ability to plug you unerringly into the torque peak and the additional weight in the nose, which might be a deal-breaker in a Macan, makes little to no real-world difference here. 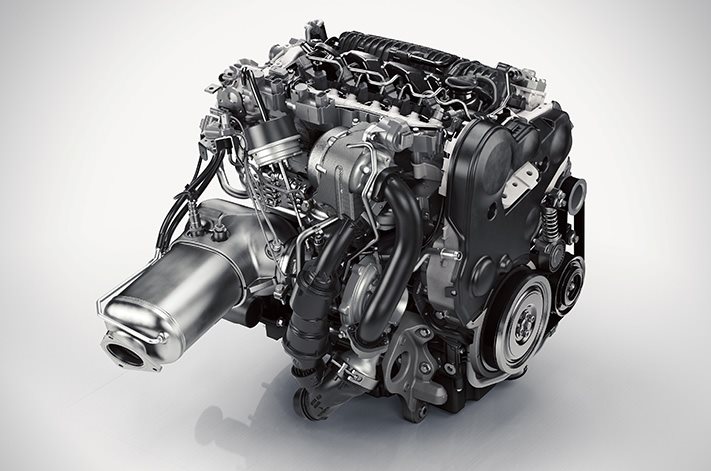 The D5 also buys you an extremely cool piece of technology, dubbed Power Pulse. An electric compressor fills a reservoir with compressed air. Put some demand on the turbocharger at low revs – where turbos traditionally struggle to spool up from exhaust gases and therefore give that nasty feeling of lag – and the Power Pulse system releases a puff of compressed air to spin up the turbo's vanes.

The reservoir and compressor sit where the battery radiators on the hybrid cars would normally reside, so it's a smart, effective and relatively cheap way to overcome a problem that has tested engineers for years.

It doesn't work with petrol engines though. Due to the different ways diesel and petrol engines burn their fuels, there's a minimal NOx emissions penalty with the diesels but a sizeable one when the system is used on the petrols. Besides, the supercharger plugs the hole in the turbo's repertoire in the XC60 T6.

Volvo makes great play of the new active safety features on the XC60, including a semi-autonomous PilotAssist system, which will keep you in lane with the active cruise activated. As with all such systems, customers will doubtless attempt to game the limits of the algorithm. We did. After fifteen seconds or so of no steering torque, PilotAssist will deactivate and if it does that in the middle of a highway sweeper, you're likely to find the car ploughing across lanes in a straight line.

The galling thing about it is that with the vast suite of sensors on board, the car knows it's doing this. I can't help but feel that other manufacturers do this sort of thing better. Even when maintaining a light hand on the wheel, there's a queasy slow-motion pinballing sensation and it's not always easy to gauge exactly under which set of criteria PilotAssist will switch itself off.

Otherwise it's hard to pick holes with the strides Volvo has taken in its quest for zero fatalities in their products by 2020. There are the usual big ticket safety systems but it's the attention to detail that impresses, such as the way the XC60 has rotated its A-pillars around for a better field of view whilst retaining strength in the event of a rollover.

The windscreen wipers are brilliantly effective too, firing water from a series of tiny nozzles along the length of the arm just millimetres ahead of the sweep of the wiper blade.

The XC60 also debuts three collision avoidance functions which will also find their way into the 90 series cars at the next facelift.

In pinpointing what its target clientele wants and ruthlessly jettisoning any peripheral attractions, the XC60 is a beautifully-honed thing. Despite Volvo’s earnest assertions, it's not perfect, but it is extremely smart and offers enough surprise and delight to make an instant impression in showrooms. How it figures against the other big hitters in its class is hard to gauge.

We'd like to try it with conventional suspension on Aussie roads to come to a definitive verdict but even then, that could prove tricky. In playing by a different set of rules, the XC60 makes direct comparisons onerous. You'll probably know if you want one already and unless you're absolutely wedded to the character of large capacity engines, we don't think you'll be disappointed.