Fraser Stronach gets behind the wheel of the new Toyota Prado

Toyota’s Prado 150 Series has received its first significant mechanical upgrade since it appeared in late 2009.

The new engine is the first new diesel to appear in Prado since the 3.0-litre 1KD-FTV, or the D-4D as it’s commonly known, appeared in the 120 Series in late 2006, so it’s nearly ten years in the making.

It is designated the 1GD-FTV, where ‘GD’ stands for ‘Global Diesel’.

Despite the fact that the D-4D moniker is carried over to the 2.8, this engine is new from the ground up.

Most significantly, it claims 40Nm more torque (450Nm when mated to the auto ‘box) despite being 227cc smaller than the out-going engine and running a lower compression ratio, now 15:6, down from 17.9.

It does this off the back of the latest generation high-pressure (2500bar) common-rail fuel injection system, a more sophisticated variable-nozzle turbocharger and newly designed combustion chambers in the twin-cam 16-valve cylinder head. 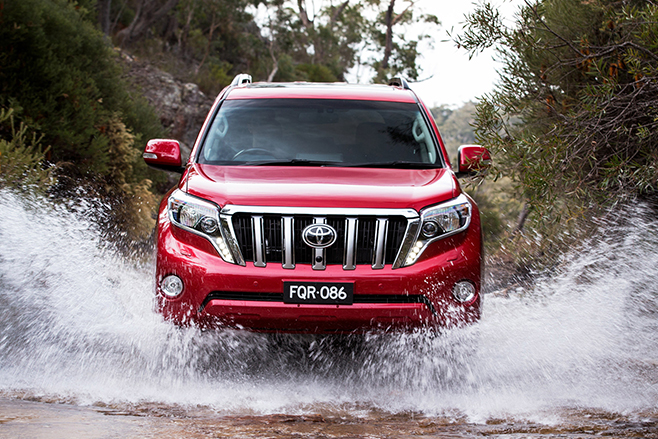 Interesting, while a decrease in the cylinder bore from 96mm to 92mm is the main reason behind the smaller capacity, the new engine’s stroke is marginally longer (now 103.6mm, up from 103mm), which means the engine is even more under square than before.

Other significant changes from the 1KD-FTV include the adoption of a timing chain to replace the belt used previously, the introduction of roller rockers in the valve train, and the use of one, not two rotating counter-balance shafts to quell the vibration that’s inherent with in-line four-cylinder engines.

For its part, the new six-speed automatic gearbox brings a fractionally lower first gear than the five-speed but a top gear that’s a significant 19 per cent taller.

While the claimed maximum power of the 2.8 is only up 3kW from the 127kW of the 3.0-litre engine, the 2.8 is more responsive on the road thanks to its extra low-rpm torque.

Significantly, the extra 40Nm of torque that the 2.8 makes with the auto ‘box is on tap at a low 1600rpm, the same engine speed as the bigger 3.0-litre needs to make its maximum of 410Nm

With the carried-over six-speed manual (only available on the GX and GLX) the 2.8’s maximum torque is pegged at 420Nm but this comes on tap at just 1400rpm, so 10Nm more at 200rpm less than the 3.0-litre – again, a measure of the extra efficiency of this new smaller engine. 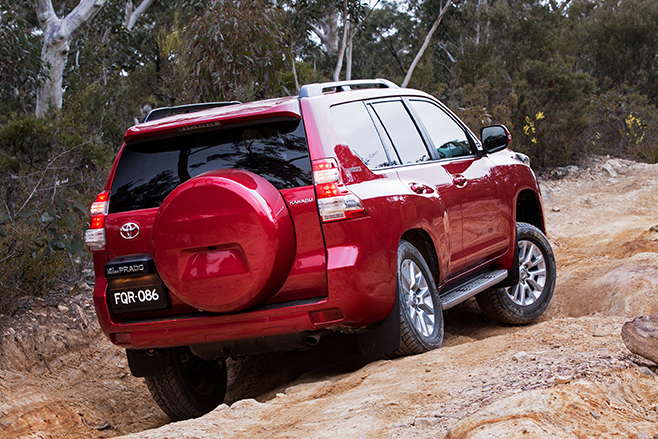 But this new 2.8 is not really about extra performance but about refinement, and this is where it makes the biggest leap forward from the 3.0-litre. It simply just doesn’t sound or feel as ‘diesel-like’.

Gone is the diesel rattle and much of the knock of the old engine. You can still tell the 2.8 is a diesel but it’s certainly a lot quieter and smoother under part or full load.

The overall driving experience is also enhanced by the extra refinement that the six-speed auto brings to the equation. The shifts are notable slicker and better timed on the road than the five-speed, while the off-road low-range shifts are also notable smoother than the sometimes abrupt five-speed.

As ever, the Prado offers a comfortable ride on both highways and backroads and is now even more relaxed as a tourer thanks to the extra tall top gear.

Off road the supple, long-travel suspension is as good as ever while the overall off-road performance is further enhanced by the new engine’s stronger low-speed torque. The fact that the maximum torque with the manual is now on tap at just 1400rpm will also be well appreciated by those who still prefer a manual and use it off road.

The Prado’s 4.0-litre petrol V6 has also been revised and now comes with the six-speed auto (as before, there’s no manual V6), while satellite-navigation has been added to the volume-selling GXL model and rear-cross-traffic alert added to the Kakadu.

Click here to read the full range review on the Toyota Prado.