The Kia Stinger is the Korean brand’s much-hyped hero car. The 272kW V6 version is the most powerful production car to wear a Kia badge, but not everyone wants all that poke. After all, the sharp, svelte Stinger is a bit of a looker and could be better put to work spurring envy in workplace car parks than impressing punters at a track days. 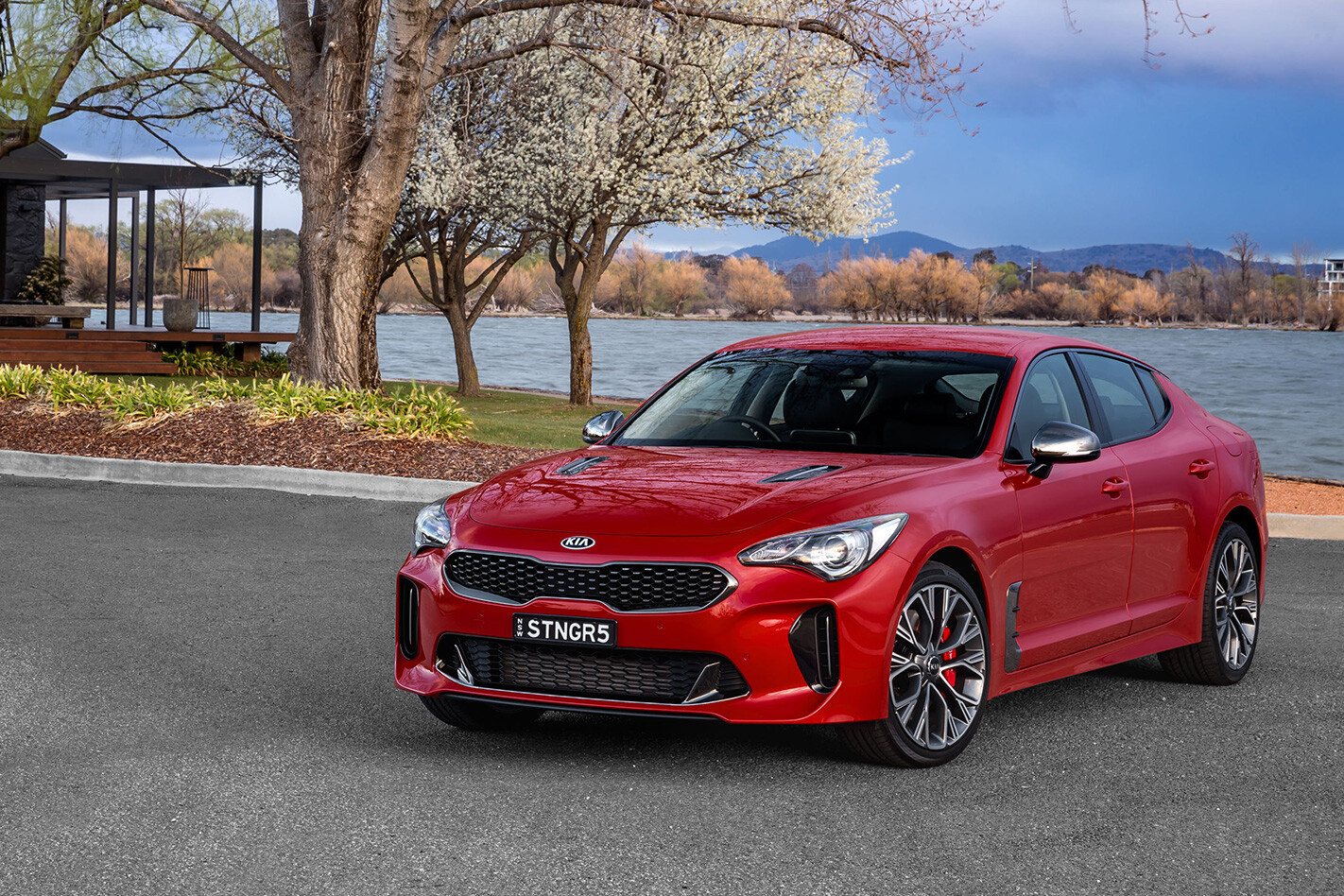 The turbocharged Theta II engine has been something of a rough diamond under the bonnet of the Optima GT, and not much has changed. It brings some excitement to the Stinger, particularly when a twisty stretch of road presents itself, but more work is needed. NOT everyone with a sports car needs performance as part of the mix. It’s why we have V6-engined Holden Commodores, 2.3-litre Ford Mustangs and, now, 2.0-litre Kia Stingers.

The 2.0-litre turbocharged four-cylinder engine that fills the under-bonnet space of three of the Stinger’s six variants allows Kia to drop the price of entry to a sharp $45,990 for the 200S, but it comes with compromises other than its downsized engine. 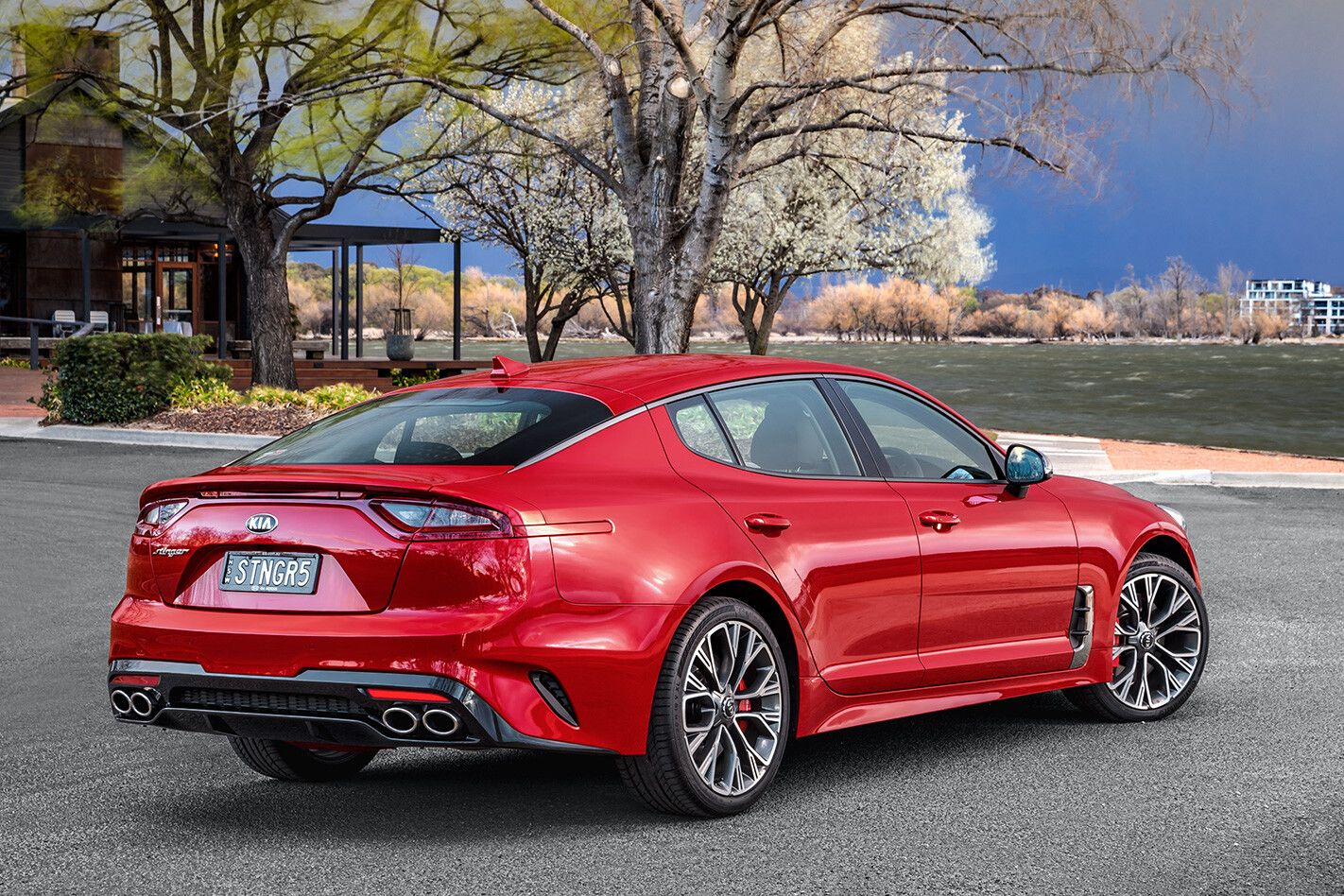 The tombstone-style multimedia touchscreen shrinks by an inch to 7.0 inches, compared with the 8.0-inch item in the rest of the range, it misses out on cruise control and smart city braking, and you even miss out on a luggage net in the boot. It also misses out on Kia’s Active Sound Design; artificial engine noise pumped into the cabin via the audio system’s six speakers. There’s no autonomous emergency braking either, a feature also notably absent from the entry-level 330S V6. You’re better off, then, to look at the much more richly equipped 200Si.

And for the extra spend, the Si grade packs plenty more kit. Features like front parking sensors, active cruise, a lane-keep assist, a driver drowsiness monitor, leather trim on the sports seats, auto wipers and headlights, splashes of faux carbonfibre trim replacing swathes of black plastic inserts – we noticed a lot of creaking from the 200S’s more plastic interior that was absent from the higher-grade cars – and that artificial engine sound enhancer. Don’t grumble about that last one, everyone lip-syncs these days. Like every single car in the Stinger line-up, the 200Si has launch control, handy for tapping the rear-drive layout’s straight-line performance. Hold the brakes, switch the eight-speed transmission and engine’s mapping to “Sport”, press the stability control off switch for three seconds until a “LAUNCH CONTROL” appears in the colour screen separating the analogue tacho and speedo, mash the accelerator to build revs, and then release the brakes within four seconds. On paper, the 200Si will lift its skirt and hustle its portly 1693kg frame to hit 0-100km/h in an official 6.0 seconds. In reality, it feels slower.

This is because the Theta II engine suffers from the same malaise it did under the bonnet of the Optima GT: significant turbo lag on step-off. Push the accelerator from a standing start and there’s a moment of hesitation as the turbos spool up to unleash their grunt. It gets a bit buzzy high in the revs, and the active sound enhancer does little to make it better. Kia is working on adapting its bypass valve developed for the V6 exhaust to the 2.0-litre engine, which will be a welcome dealer option. 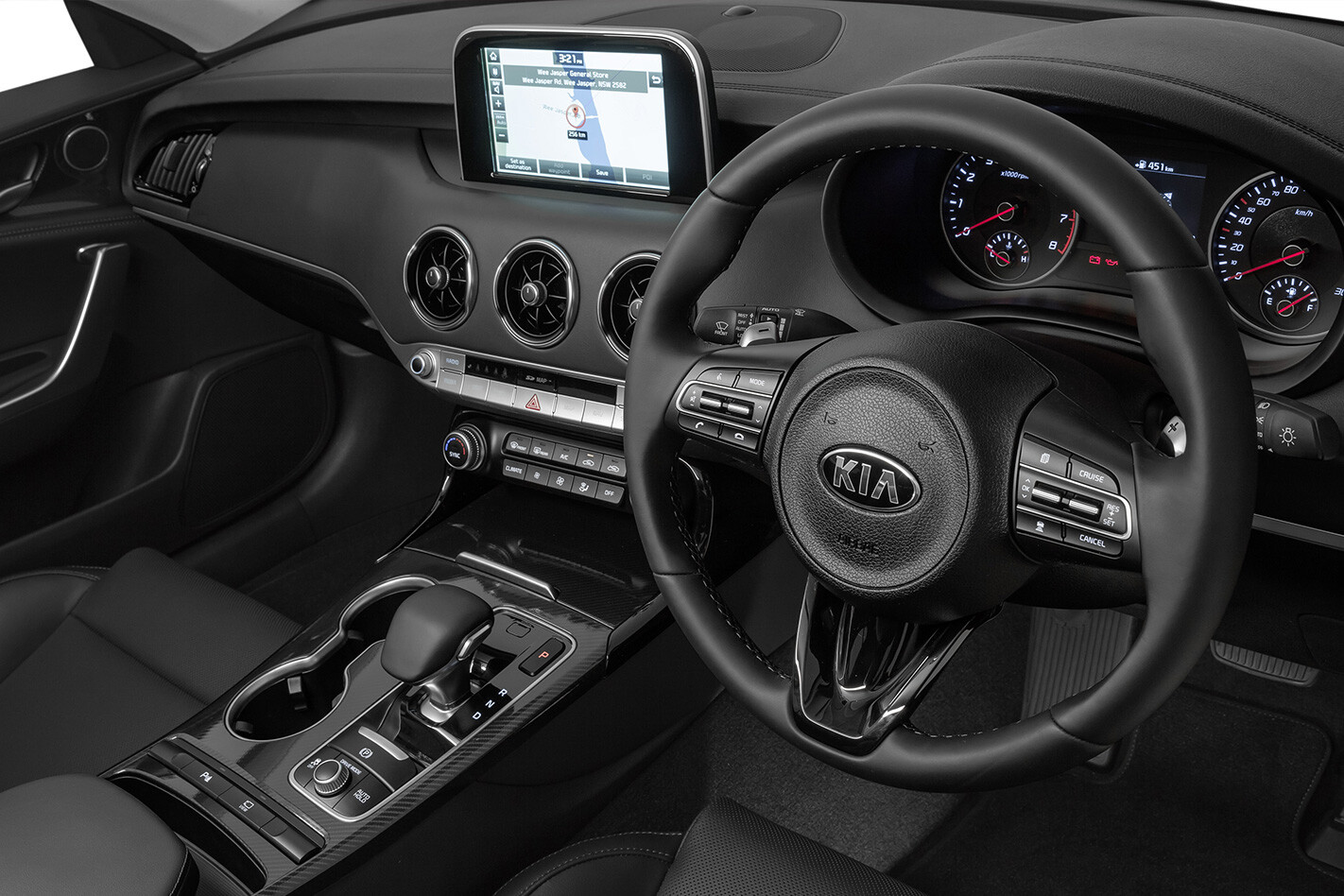 In-gear acceleration, though, appears good, although our assessment of it was marred somewhat by a glitch in the Stinger’s ESC set-up. Pick third gear via the paddle shifters with a bit of steering lock rolled on, and the traction control light would flash on as the electronic angels throws a fireproof blanket over the engine’s revs. Kia is working on a fix, and we’ll leave our judgement on the engine’s performance open until then.

Like its bigger V6-engined siblings, the 2.0-litre Stinger has the on-road ride nailed. Firm, but compliant when needed, it smooths out imperfections on the road surface with quasi-luxury aplomb. On the track, the chassis is well-sorted, although the lack of an LSD reveals itself as mild understeer when pushed hard. The lighter 200Si also shows a propensity to hang its tail out a lot more willingly than the V6. 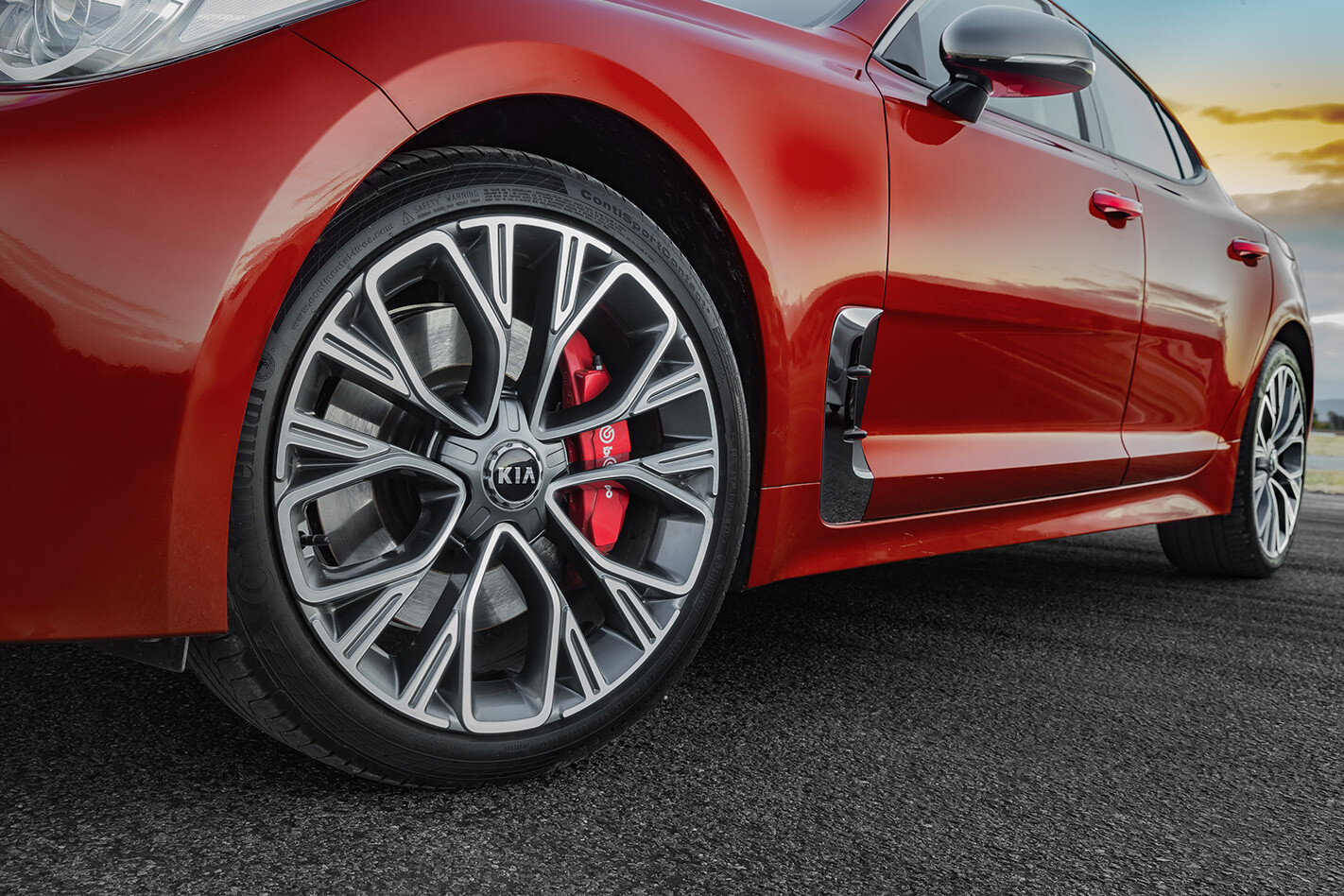 Turn-in on the Continental-clad 18-inch alloys – unlike the staggered GT-Line they’re the same front and rear – feels slightly crisper than for the V6, helped by an 87kg weight difference and an engine that looks to sit over the front axle, rather than beyond it in the case of the V6, and what is possibly the best steering we’ve experienced in a production car wearing a Kia badge. The smaller 320mm vented front brakes and 314mm solid rear discs, too, seemed to hold up to the punishment of the track a lot better than the V6’s enhanced Brembos.

The 2.0-litre Stinger comes across as an engaging alternative to the front-drive drudgery sweeping the new-car market. It’s a bold step from Kia, and a learning curve for a car maker that wants to shake off its front-drive cardigan and replace it with a rear-drive hoodie. It just has to find the right size.