THROUGH luck or design, Kia’s foray in the luxury sports sedan arena is being compared to European competitors in the segment, whilst being sized up as a candidate to fill the void left by the departure of Holden and Ford’s muscle sedans.

It’s a tall order, and if the Kia Stinger stands even half a chance at filling the Aussie’s still warm boots while worrying some established European competition, performance will have to be on point, but until now, a zero to 100km/h acceleration claim is all we’ve had to go on.

We pulled on our lab coats and put the Stinger through the same rigorous performance testing applied to all performance cars that come through the Wheels garage, to see if the South Korean newcomer can match its paper performance claims on red dirt.

For our first blast on Australian asphalt, Kia had supplied pre-production versions of the 2.0-litre turbo T and the 3.3-litre turbocharged V6 GT – our focus for this story (For the full review of both, pick up a September copy of Wheels). 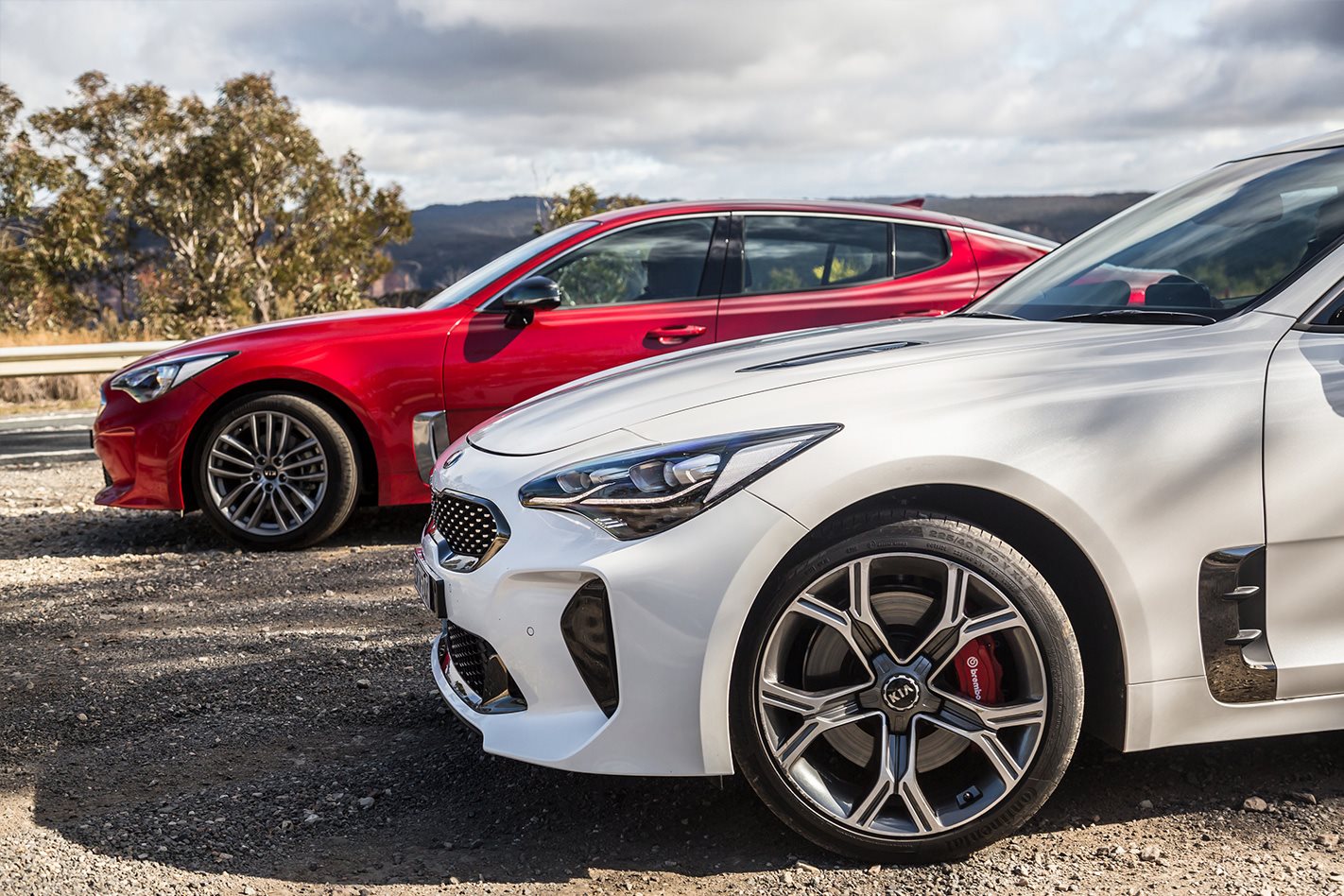 Wheels might have been the first Australian motoring title to get its hands on the cars, but the New South Wales police had already been under its bonnet as part of an evaluation process that might lead to a fleet of Stingers lassoing crims.

As part of their fettling, the cops had unplugged a few boxes that needed to be re-flashed with programs, which prevented us from nailing a full launch-control start but, as you’ll see, that didn’t stop the Stinger from putting up some impressive times nonetheless.

So what’s the claimed time? While a figure of 4.9 seconds is a popular number proliferating amongst the media, the official European release says the Stinger GT will crack 100km/h from a standing start in 5.1sec. You know what? That’s exactly what it did, even without a faultless launch function. 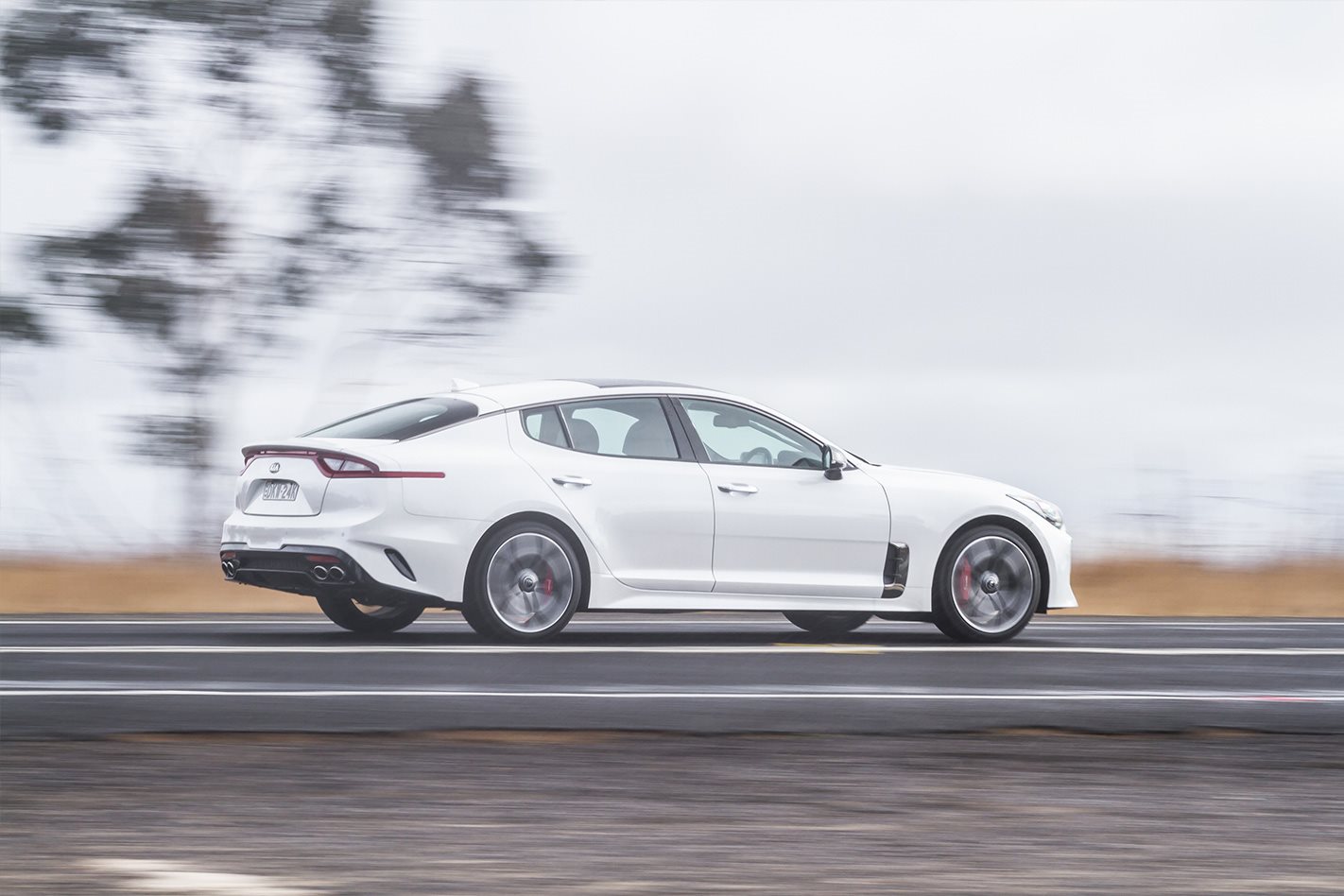 Track conditions at the Sydney Dragway were dry and 16 degrees where a full noise blast returned the claimed acceleration figure, as well as charting a 400-metre run time of 13.2sec with a final velocity of 176.4km/h. Stability control was partially disabled but not completely off, unlike the traction control, which was completely deactivated.

So how does that compare with what are being touted as the vehicles Kia has to equal, if not better? For that answer we have to look back at the three-way comparison Wheels conducted in its August 2016 edition, which pitched the Ford Falcon XR6 Sprint, its V8 sibling XR8 Sprint, and the Holden Commodore SS-V Redline in a three-way battle.

It’s a mixed bag with a 4.0-litre turbo in-line six in the XR6, a supercharged 5.0-litre V8 for its XR8 stablemate, whereas the Commodore has an atmo 6.2-litre V8, and the Kia weighs in with a turbo V6 and 3.3-litres. However, all offer seating for five, four doors, and two driven wheels at the back for around the $60,000 mark. It’s on then.

Conditions at the Sydney Dragway for the Aussie thrash back then were a little warmer than our Kia runs, but it was similarly dry and with the same driver at the wheel. 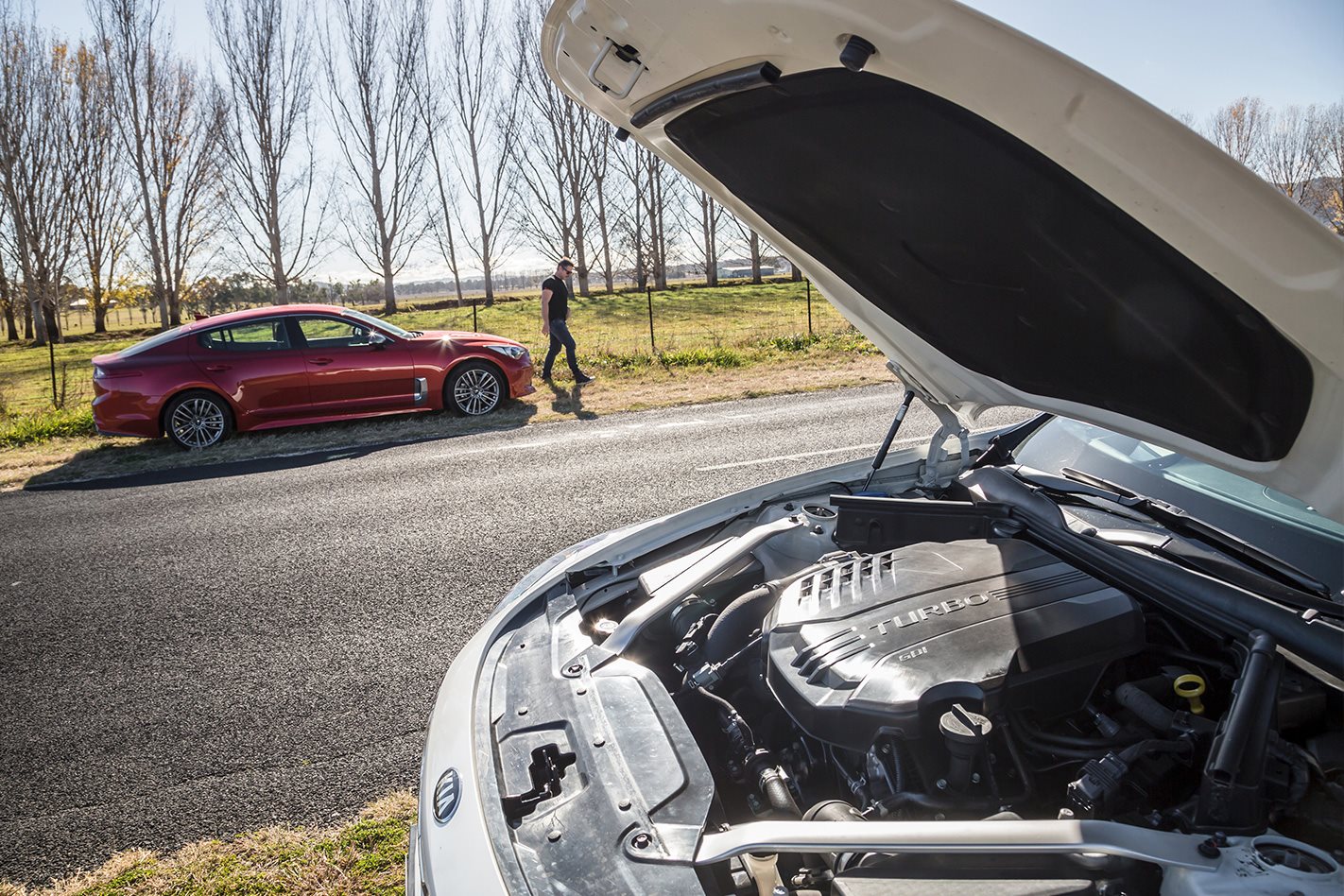 With its naturally aspirated engine and the least power, the Commo ranked last for acceleration out of the trio with a zero to 100km/h run in 4.9 seconds, and a 400m run of 13.1sec with a final over-the-line speed of 178.3km/h.

Rolling acceleration is another barometer of overall performance and a useful real-world comparison. A test, interestingly, the Kia ranked in the middle of the pack. 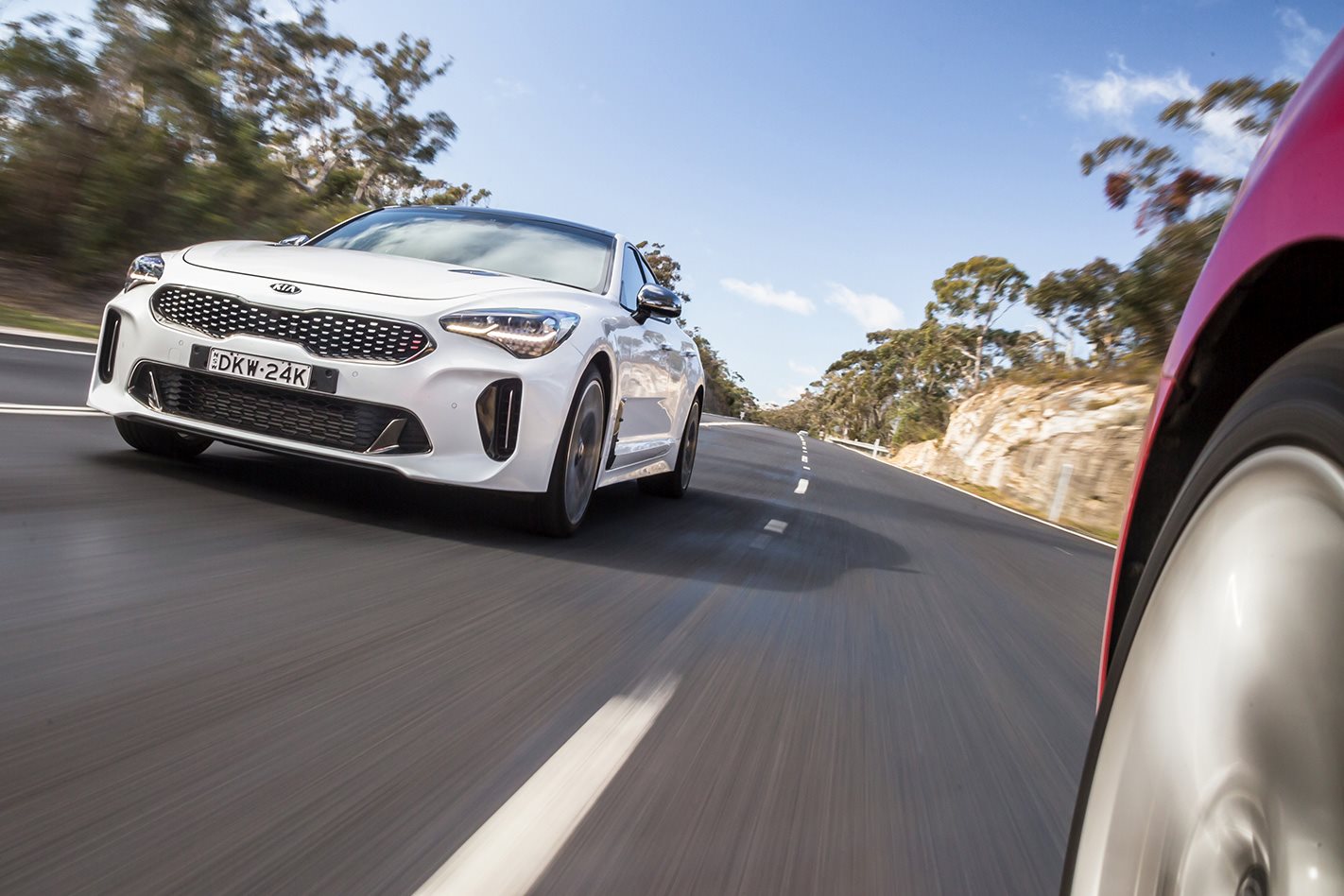 The Holden asks for 3.0 seconds to get from 80km/h to 120km/h, while the brace of Fords need 2.5s when the throttle is pinned. The Kia? It takes 2.8 seconds to complete the same benchmark test.

Until the production Kia Stingers start arriving on Australian soil with fully functioning launch electronics, the final verdict will have to wait but, the early signs at least show that, while the Kia is yet to match the Aussie cars’ drag strip ability, it’s getting close.