THE Kia Stinger has so much untapped potential it could one day spawn the Korean car maker’s equivalent of Toyota’s TRD sub-brand, the architect behind the rear-drive sedan’s suspension tune believes.

Graeme Gambold, the suspension specialist who adapted the upcoming Stinger’s ride and handling to Australian conditions, says the CK sedan chassis – and potentially its engine – still have much more to give in terms of performance.

According to Gambold, there’s much more potential to be unlocked in the front-engined, rear-drive Stinger, and the clue is in the Subaru-style differential used down the rear. “Apparently it’s very strong and robust, no problem, can handle more grunt and all those sorts of things, so I don’t think they’ll have any problem winding the wick up” he said. 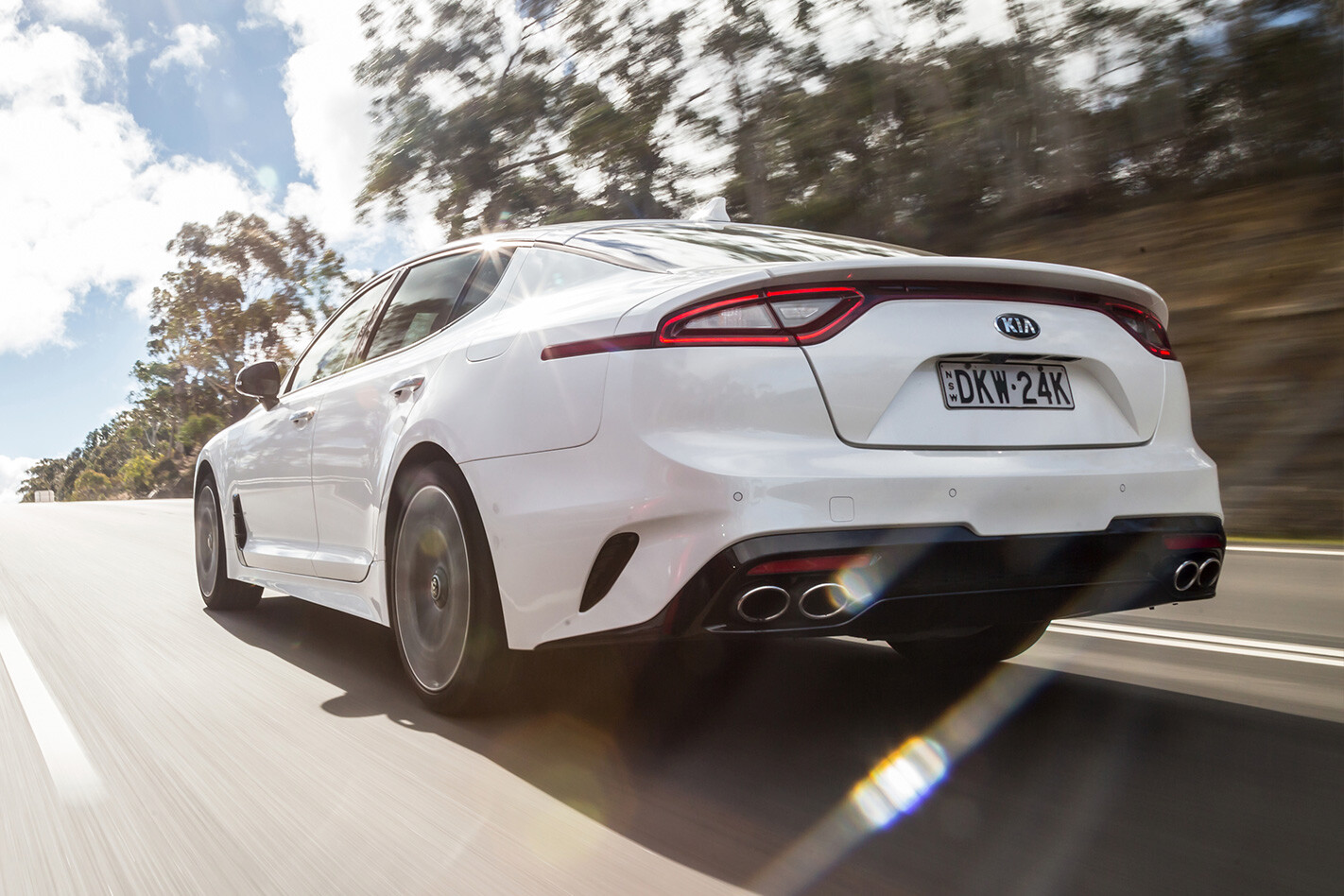 The embargo for the Kia Stinger’s first Australian drives lifts on Friday.

At the moment, the Stinger’s in-house eight-speed automatic is likely to be the fuse, rated to about 500Nm. Once you get over 500Nm it’s a big ask for the trannie,” Gambold said.

“I would imagine this transmission is in early days because it is new, but they will add to its design concept to beef it up as they want to. And the engine, if you look at the design spec of the V6, it’s not stratospheric. 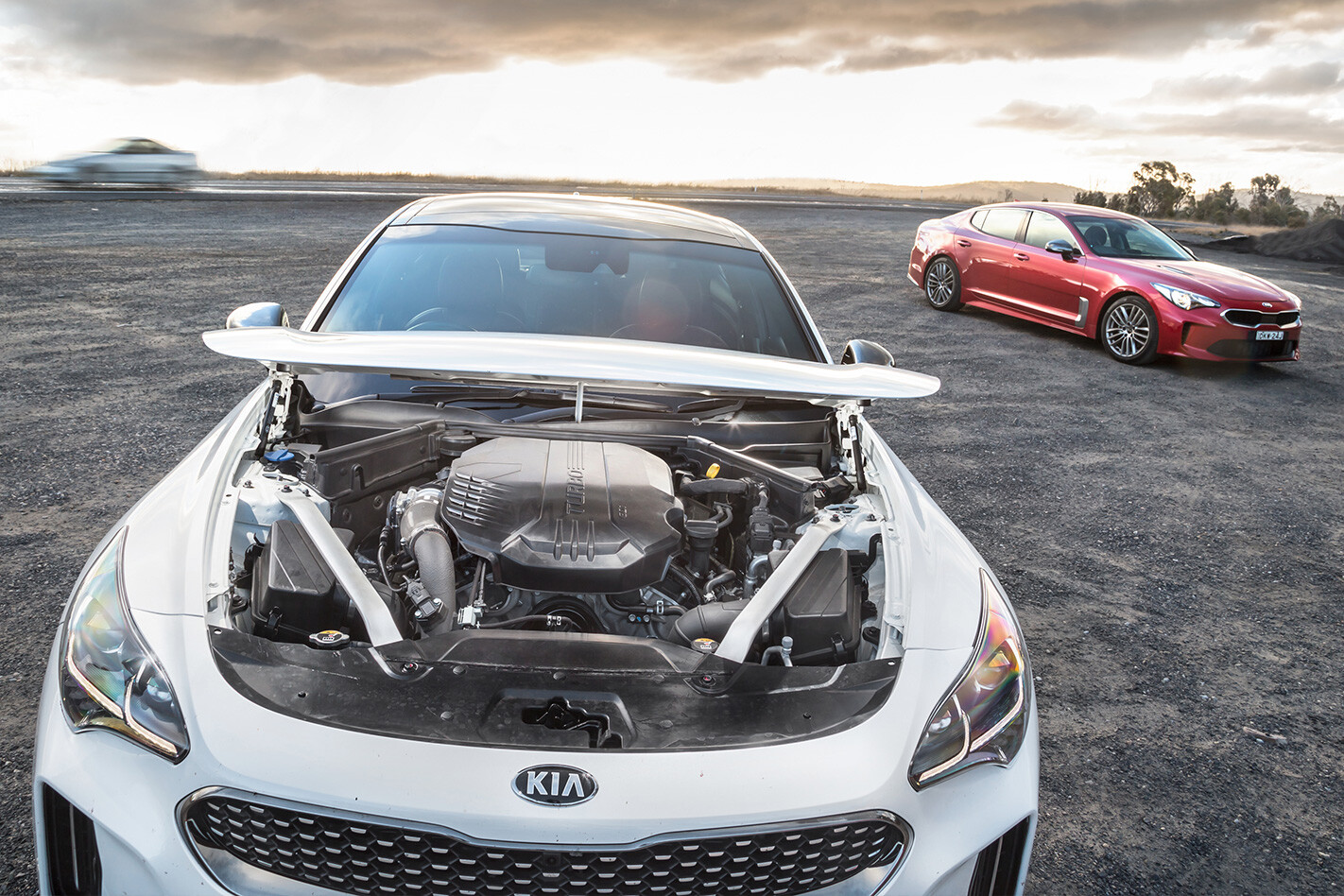 “If you divide everything by 3.3 litres, it’s good, but it’s nowhere near as highly strung as the 2.0-litre. It’s still putting out almost 500Nm which is pretty close to the tramsnission’s spec, but if you do take the 2.0-litre’s specific output values and multiply them by 3.3, you know, it’s above where the current engine is, so I suppose there’s the opportunity to go there if the rest of the car is up to it.”

Just like the engine, the suspension system has more to give, Gambold said. “A lot of the parts of this car aren’t extreme, nowhere near RS or M level components in terms of spring rates and bar and shock absorber sizes and distances,” he said. “The car has a lot of dynamic scope in it … they’re [the suspension tunes] not aggressive yet.”

However, any more aggressive tune would also need changes to the “mechanical hard parts” as well as the magnetorhetorical active dampers used on the most potent 272kW GT-badged version of the Stinger. 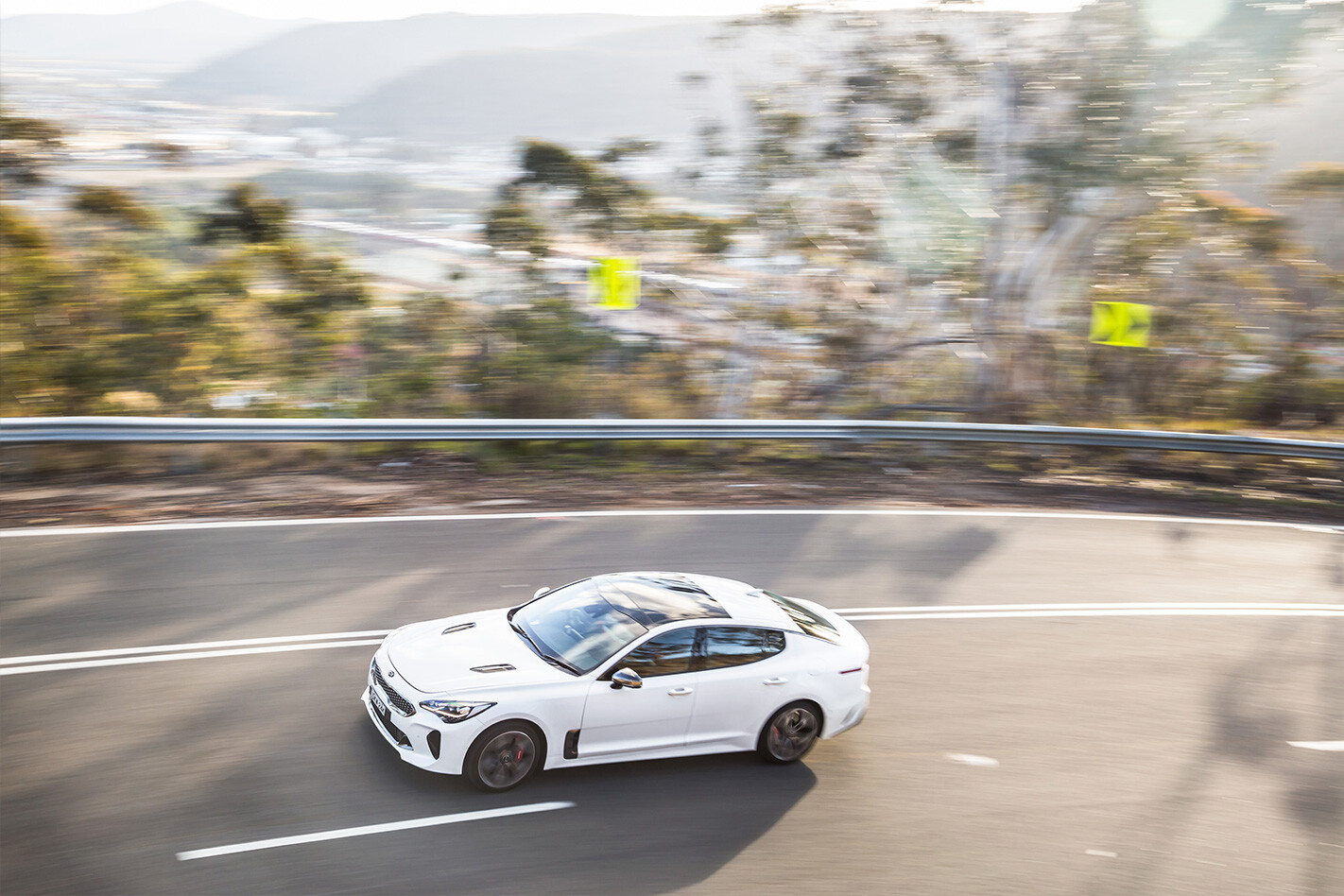 “The active damping works with a current applied to a little valve on the side of the shock absorber that bypasses oil, and that has two extremes, a complete minimum and a complete maximum, so it’s like two shock absorbers if you like – a soft one and a very hard one, Gambold said.

“If we put it on very hard, it’s like welded, you know, bone-jarring. Put her on comfort, and it’s like it has no damping.”

Gambolt said he would have liked to take the Stinger’s suspension further than what has rolled out in the GT, aiming more at the “sports enthusiast driver, but we hit a limit on where you can get to” – in other words, his team ran out of time.

“Kia sets a production close-off date that is usually close of business on a particular Friday on a certain month of the year. We’re usually working right up to the death knell on that Friday night to put the report in,” he said. “We used every last minute we could.” But there is scope for more. “They [Kia] already have a lot of packaged and optional stuff developed for it [Stinger], but there is a bit of opportunity for Kia to do a TRD-like line of performance parts. We’ve got some dampers that never saw the light of day here, you know, Australian track-spec damper which is really, really stiff and really, really good, but has never seen light of day so we’ve just put it back under the bench. Transforms the car, but it’s not going to fit in anywhere But if someone did that in the aftermarket, it would be a good thing.”

“If we don’t do it, give ’em a week and we’re sure the aftermarket will be on it.”

Kia will test the waters with a bimodal exhaust system for the V6 that will become a dealer-fit option, hopefully in time for the car’s October 1 on-sale date. The “hotdog” system, similar to that used by HSV, adds bypass systems to the twin rear mufflers. The system is also being explored for the 2.0-litre versions.

an hour ago
Cameron Kirby