SUBARU'S sole non-AWD product gets a late-life steroid injection courtesy of the company's STI go-fast division. But does the Subaru BRZ's relative lack of muscle warrant the gym gear?

As the Subaru-badged brother to the Toyota 86, Subaru's BRZ puts a slightly different spin on Toyota's fun-and-frisky lightweight rear-drive formula. The BRZ is tuned to be a more mature choice, and one that focuses more on stability than tail-out hoonery. Still, its superb chassis balance is built-in, and we've been fans since the BRZ arrived in 2012.

The BRZ tS is a new addition to Subaru Australia's showrooms, and easily the most aggressively-equipped BRZ to go on sale in this country. Now endowed with a firmer suspension, stickier tyres, lightweight alloys, Brembo brakes and extra chassis reinforcement, the BRZ tS has the right gear for those who like to drive hard. 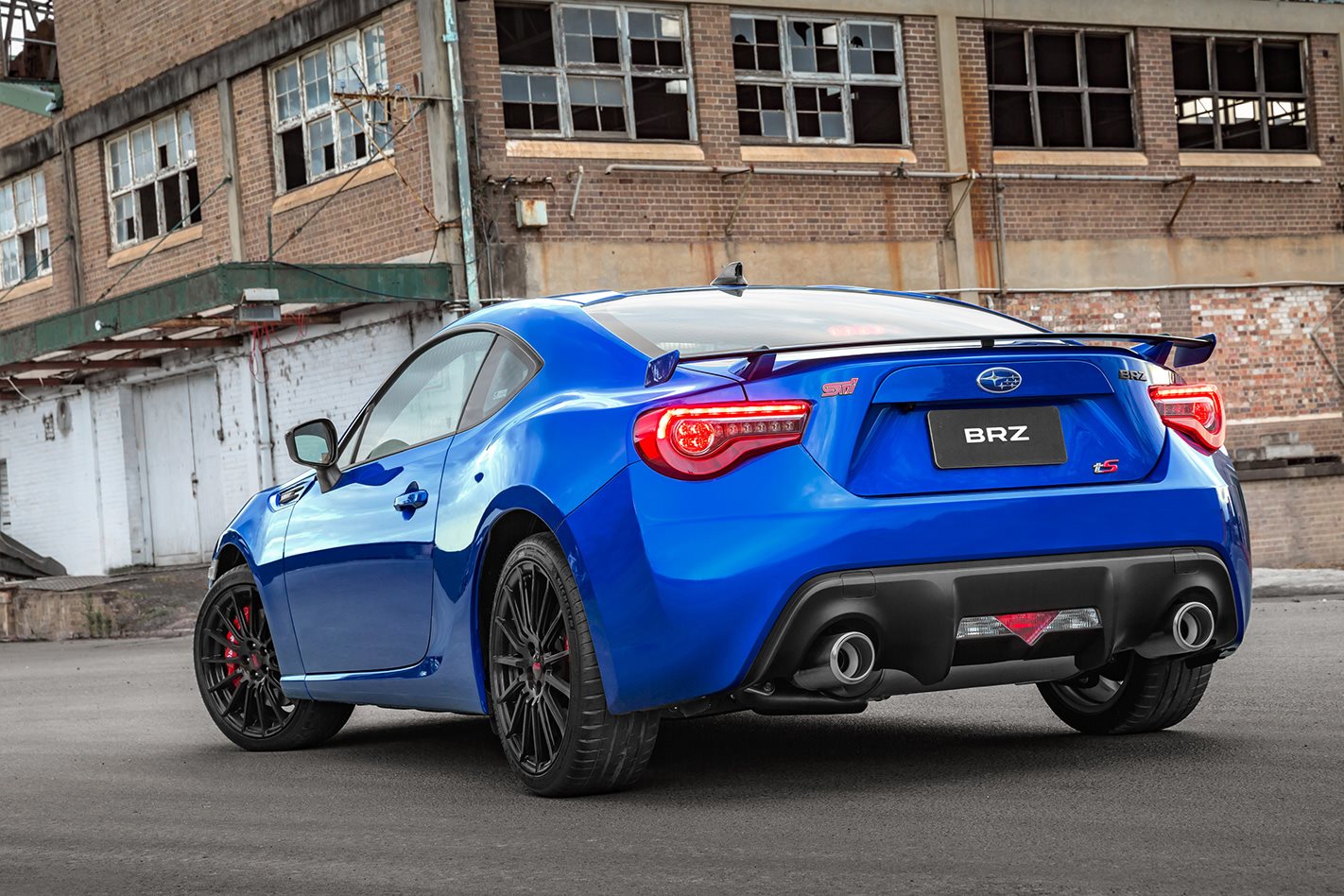 There's more grip than ever before, but the absence of any meaningful improvements to what's under the bonnet upsets what used to be an almost perfect balance between poke and poise. As a result, the BRZ tS is a car that feels properly keyed into the road surface, yet doesn't have the grunt to exploit that newfound cornering capability.

You'd think the addition of bona-fide STI bits would improve the BRZ package and result in a properly rip-snorting sports coupe, but the actual result is somewhat disappointing - without more power, the BRZ tS actually feels kind of dull. 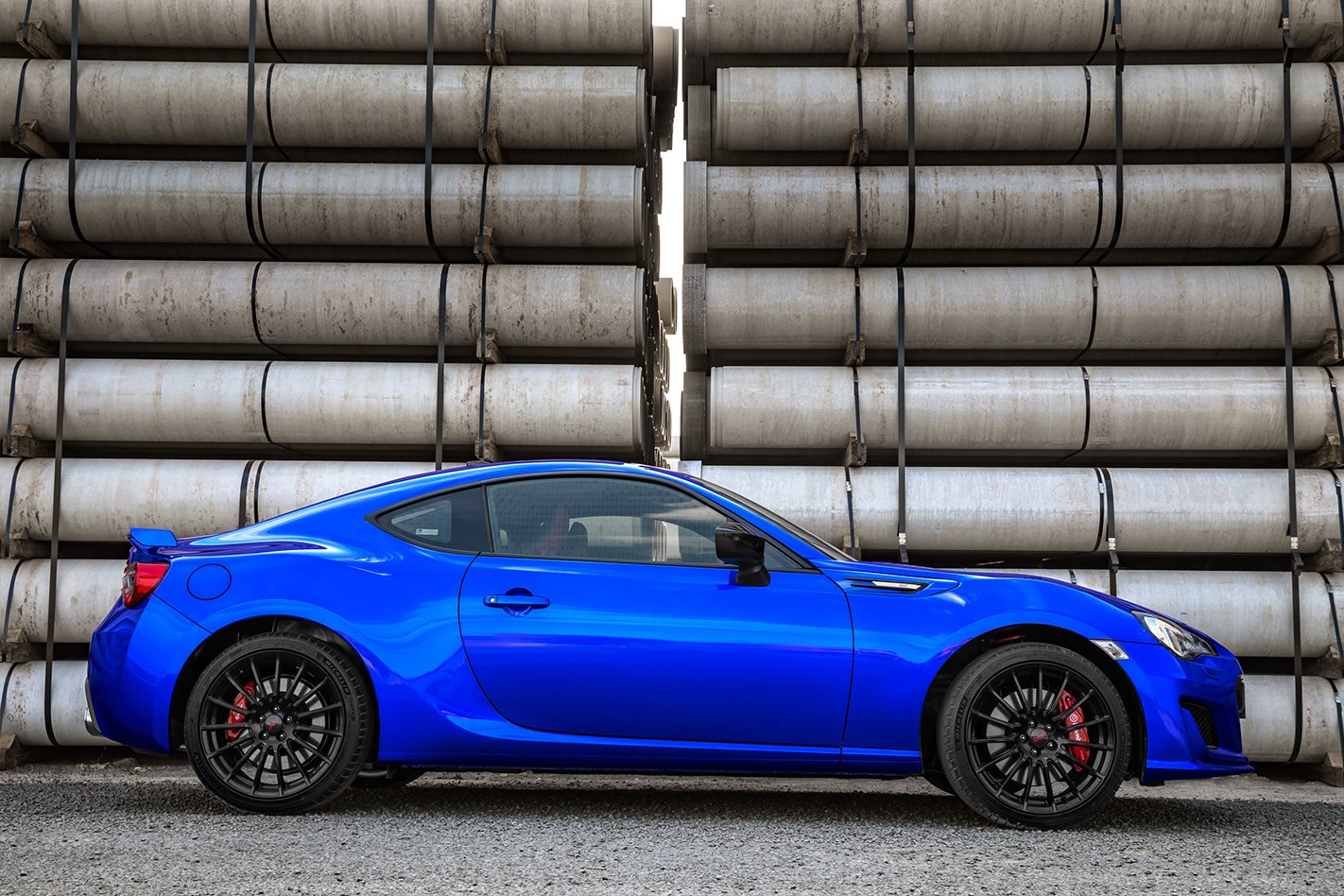 IT’S NO great spoiler to say that Subaru’s BRZ tS won’t net you any additional power. Sorry, but you probably knew this already.

Mewl and puke all you like about that one because Subaru isn’t budging and, aside from a cursory 4kW increase for the manual model when the BRZ was facelifted last year, hasn’t significantly moved on power since the car’s 2012 unveil.

Instead, Subaru now promises poise and precision from a car that was initially sold on quite the opposite. You bought a BRZ because you valued the throttle adjustability of its rear-drive chassis, helped in no small part by the modest grip of the Michelin Primacy tyres. 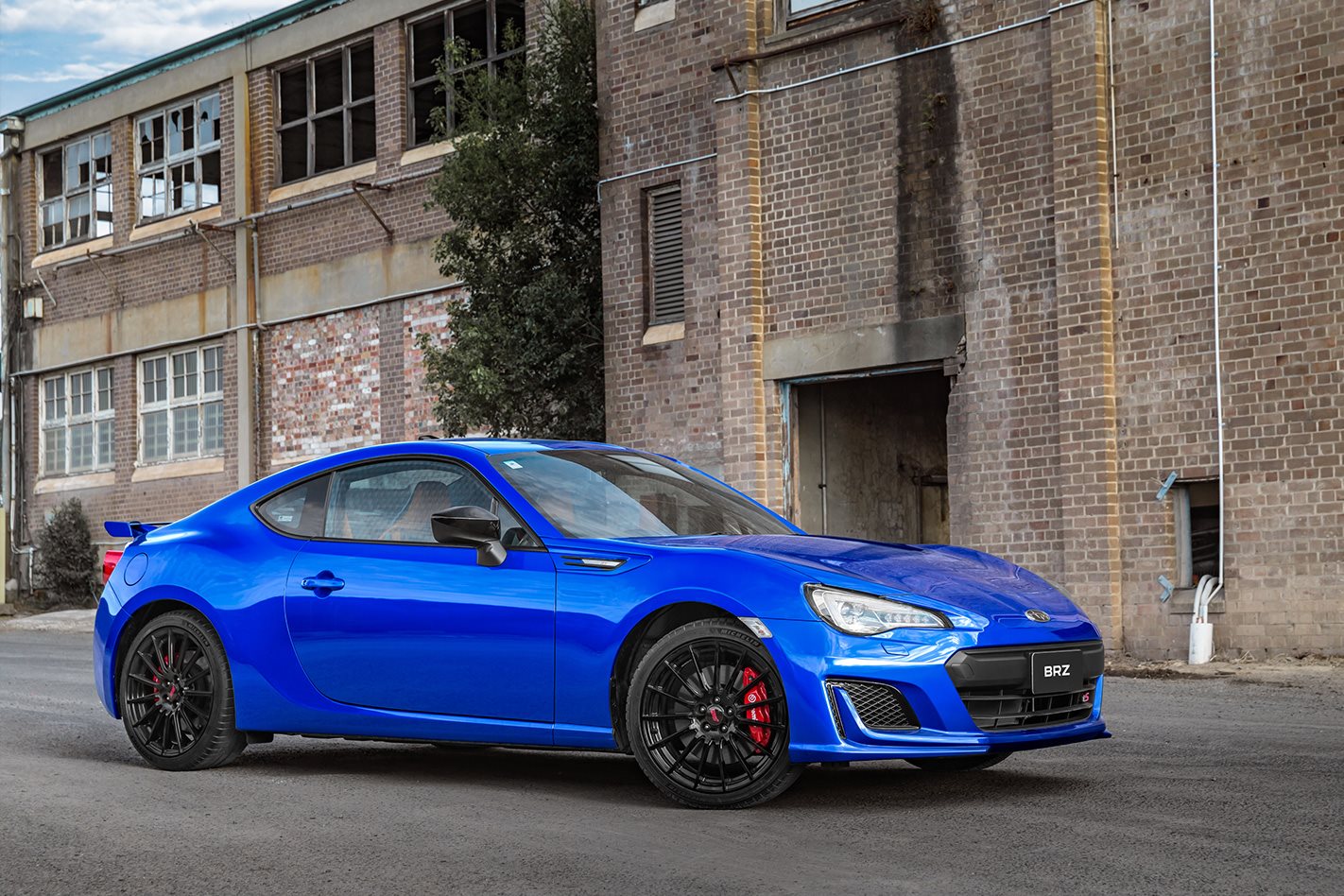 The BRZ tS ditches that rubber in favour of heftier 18-inch Michelin Pilot Sport 4 hoops that generate significantly more grip. Possibly too much. And there’s the rub. Taking away the BRZ’s propensity to slide is a product development decision akin to Lamborghini deciding to mute their engines or Porsche deciding that steering accuracy is overrated.

It’s such an intrinsic part of the car’s character that removing it neuters the proposition. Switch the much-improved two-stage stability control off and attempt to powerslide the BRZ tS and it just grips and goes, modestly.

If that’s your thing, you’ll probably have more fun in a decent hot hatch. That one vast shortcoming aside, the BRZ tS otherwise represents a worthwhile package of upgrades. The Brembo brakes, STi-tuned coil springs, aluminium wheels, Sachs dampers and additional chassis bracing all improve the BRZ’s point-to-point ability.

With a 38 percent greater swept area for the front pads, the vented-rotor brakes are particularly effective. The cabin gets red highlights, partial Alcantara seating, a smart STi steering wheel and a push-button starter that help punch up the sense of occasion. 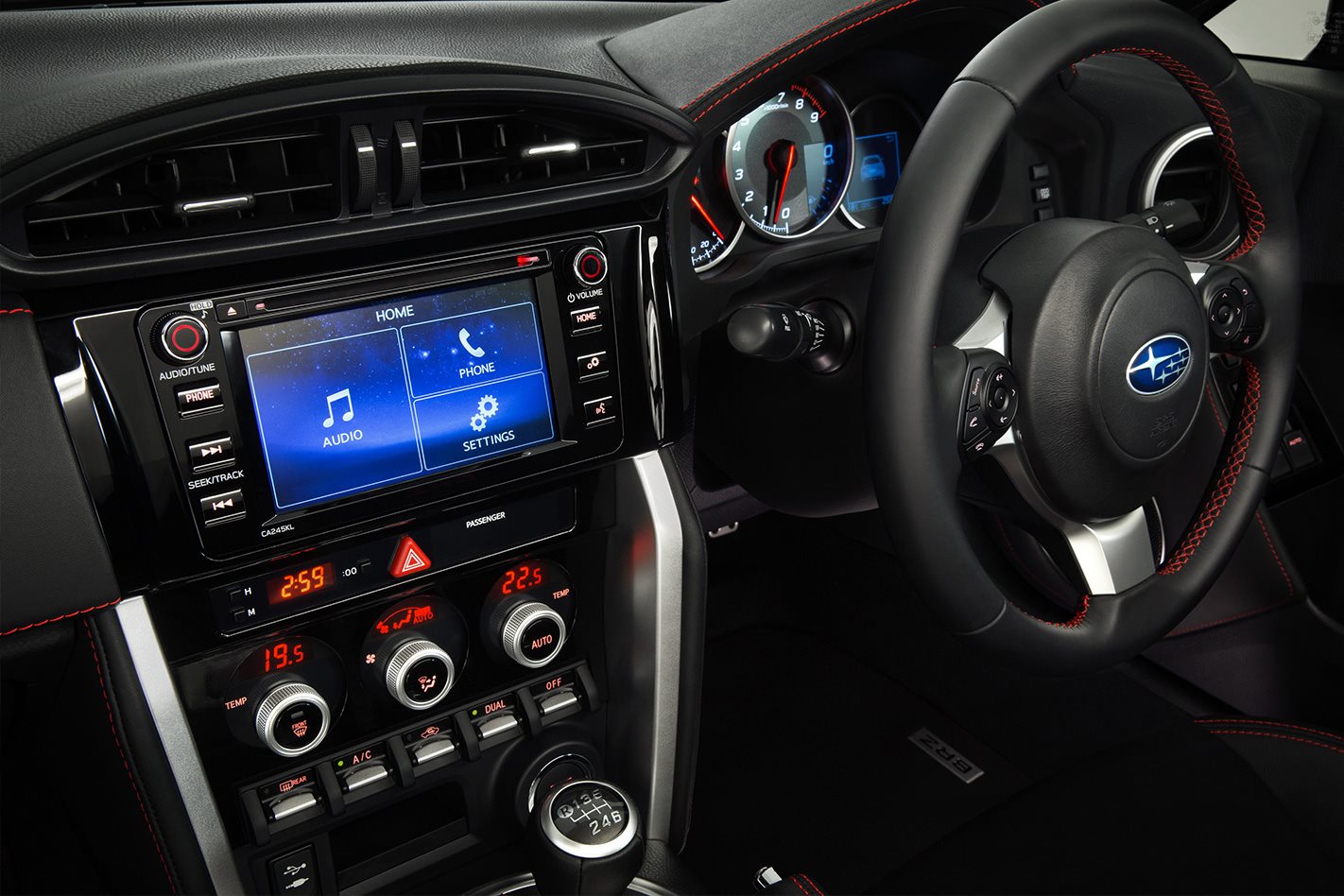 That torque chasm in the BRZ’s midrange remains, only now there’s a dynamic digital display on the dash which monitors your ability to plug an upshift straight into it. Subaru and Toyota have spent the last six years trying to convince us that the BRZ/86’s straight line speed is of peripheral consequence; that it’s all about purity of steering and acuity of handling.

You notice the BRZ tS’s ability to carry more speed through a corner thanks to its newfound coefficient of friction at the contact patch, but it’s an esoteric, nerdy nod of appreciation. You lose so much of the BRZ’s mojo to gain this relatively commonplace ability that it doesn’t feel a lot like progress.

Fortunately a solution is at hand. Just source a set of 18” Primacy boots for the tS.