PERFORMANCE diesel is no longer an oxymoron. Hasn’t been for some time, in fact, if you’ve been paying attention to Audi’s Le Mans dominance over the last eight years using turbo-diesel power, or its succession of feisty SUV range-toppers with compression-ignition grunters, led by the ludicrous Q7 V12 TDI with 1000Nm.

But here’s one that makes genuine performance sense – the RS5 TDI.

Yep, you read that correctly. Audi is toying with the idea of supplementing its existing 4.2-litre petrol-powered RS5 V8 with a 3.0-litre turbo-diesel V6 version.

While that might sound as exciting as discovering a box set of The Big Bang Theory under your Christmas tree, the RS5 TDI’s claimed 0-100km/h time of around 4.0sec means it can easily hold its own alongside the arch-rival BMW M4 and Mercedes-Benz C63 AMG.

So exactly how does a 3.0-litre TDI V6 coupe manage to accelerate so bloody quickly? All-wheel drive helps, of course, but the RS5’s prototype donk is no ordinary turbo-diesel.

It features the latest generation of Audi’s familiar 2967cc V6 TDI, boasting reduced internal friction, separate cooling for the head and block, and a drop in overall weight.

But what sets the RS5’s version apart is an electrically driven compressor that operates from idle – effectively making it a triple turbo – and eradicates the off-the-line lag inherent in high-boost turbocharged diesels.

For roughly the first three seconds of full-bore standing-start acceleration, as well as over a wide operating range of part-throttle cruising at less than 3800rpm, the electrically driven compressor plumps the RS5’s bottom end to deliver what Audi calls “emotional character”.

It’s made possible by a lithium-ion battery that drives the compressor and is charged through both trailing-throttle coasting and regenerative braking.

And having a separate power source means that the RS5 TDI’s climate control can run at full blast on hot days, even with idle-stop in play.

Yet the RS5 TDI weighs about 1750kg – almost 300kg less than the A8 – with the lithium-ion battery system and all its plumbing adding just 20kg.

Chuck the RS5 TDI into Drive Sport, wind her up on the brake (sitting just under 2000rpm), then let rip and she launches off the line as hard as an RS6 Avant.

We did several drags to prove it, though by the time the TDI eight-speed automatic hits third gear, the twin-turbo petrol V8 is in its stride and starts to pull away.

Still, it’s a brilliant job, with zero turbo lag and an utterly seamless transition from the electric compressor to the opening of a bypass valve that hands the baton to a small exhaust-driven turbocharger, then cedes into a bigger turbo for unrelenting punch right to the engine’s 5600rpm up-shift point.

Breathless this diesel most certainly is not.

It sounds intriguing, too, with a rumbly, thundery swelling of noise that is neither V6 nor V8 in character. It’s a strong, muscular sound that suits the muscle car-ish RS5 perfectly. Honestly, who knew?

Even on a tight circuit like Sturup Raceway near Malmo in Sweden, the RS5’s quick turn-in, neat balance and superb power-down (with a subtly rear-biased flavour) all remain, despite the diesel’s increased weight in the RS5’s nose.

So while this RS5 TDI quattro concept isn’t a reality just yet, we wouldn’t be half way round the world driving one if it was a bum steer.

Instead, this characterful coupe not only raises the bar for the quality of its turbo-diesel performance, its sets a whole new standard for how it goes about it.

Just don’t expect to see one in showrooms until at least 2015, or possibly even later.

But we can be sure about two things – there’s an RS-badged TDI coupe in Audi’s future, and all its Le Mans know-how and success hasn’t gone to waste. 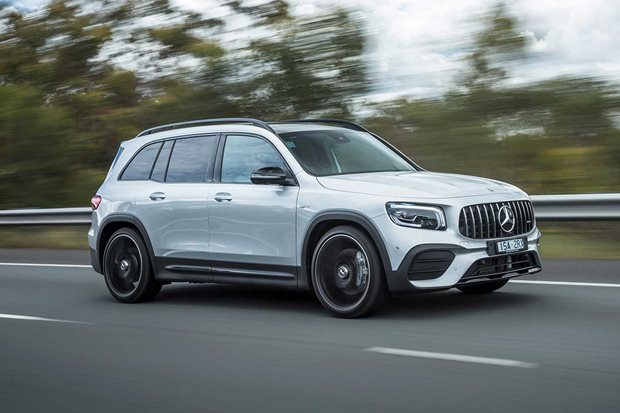 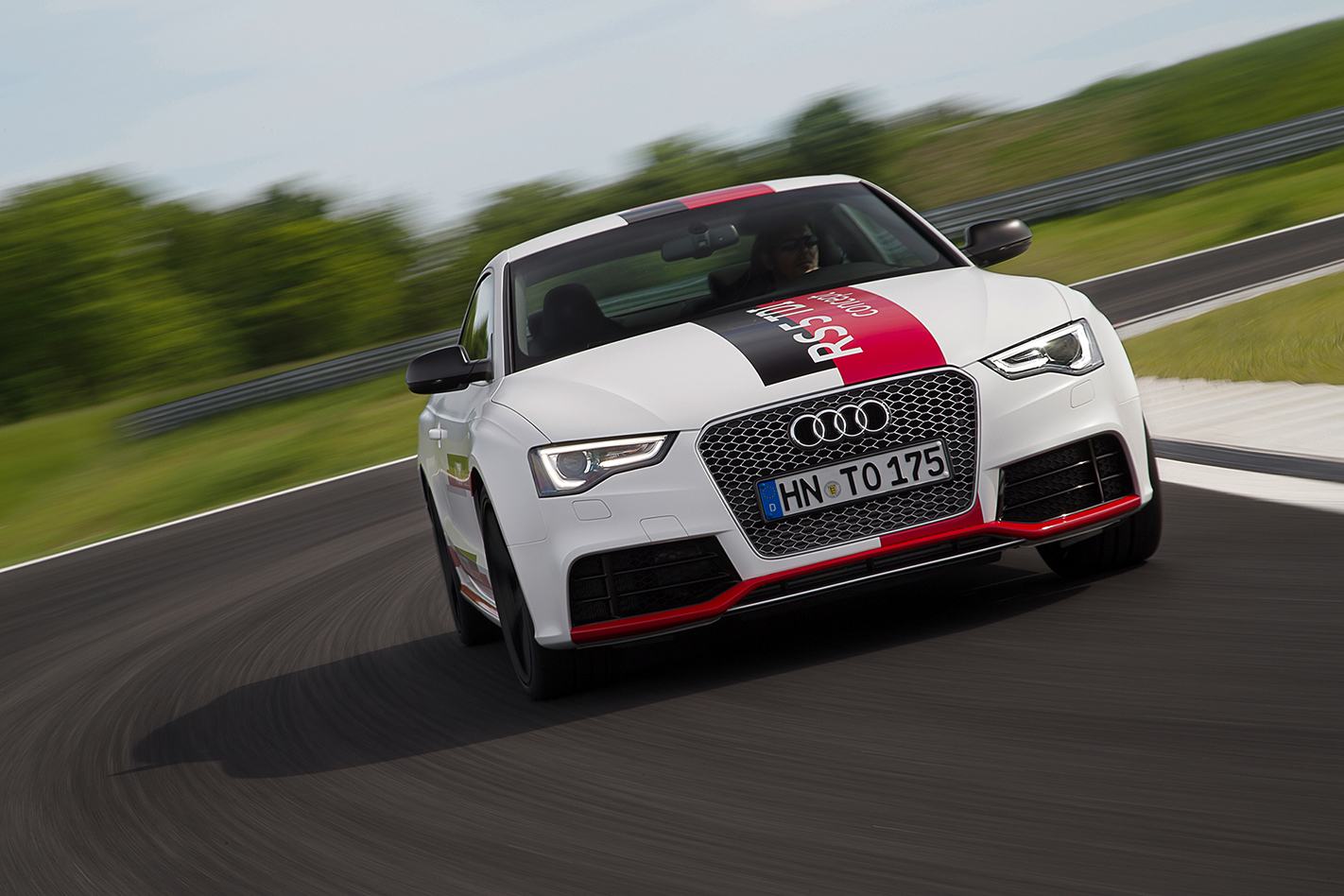 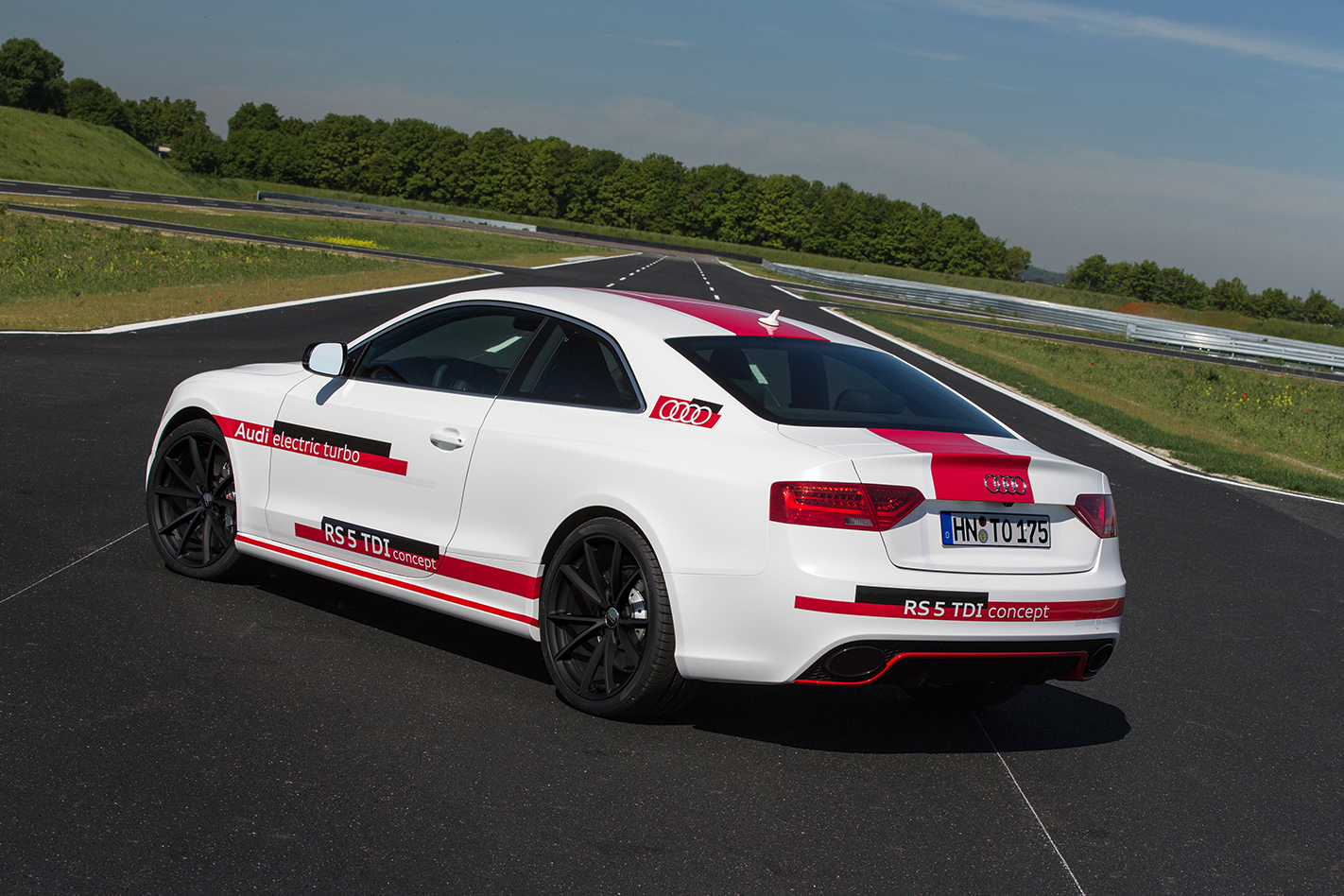 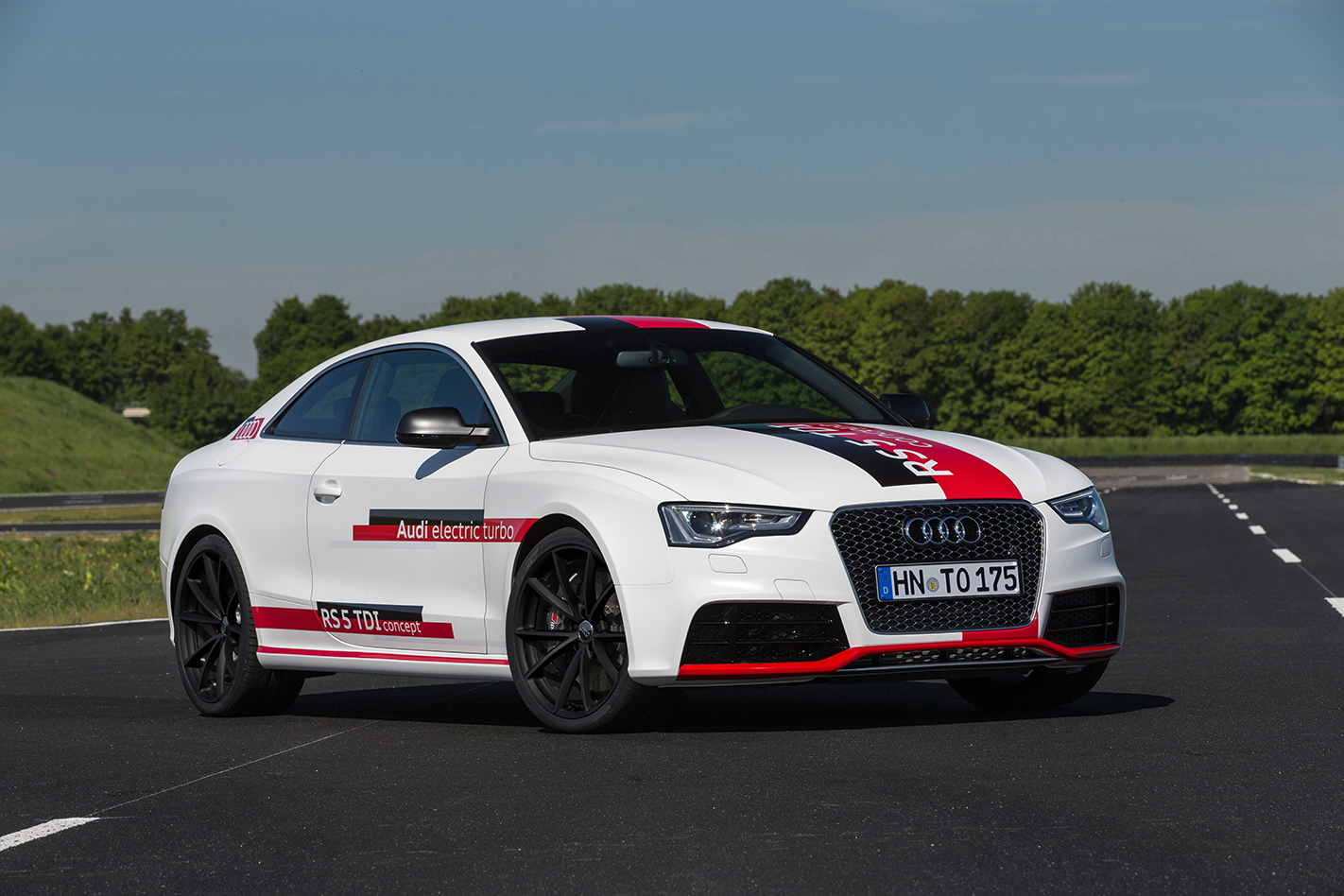 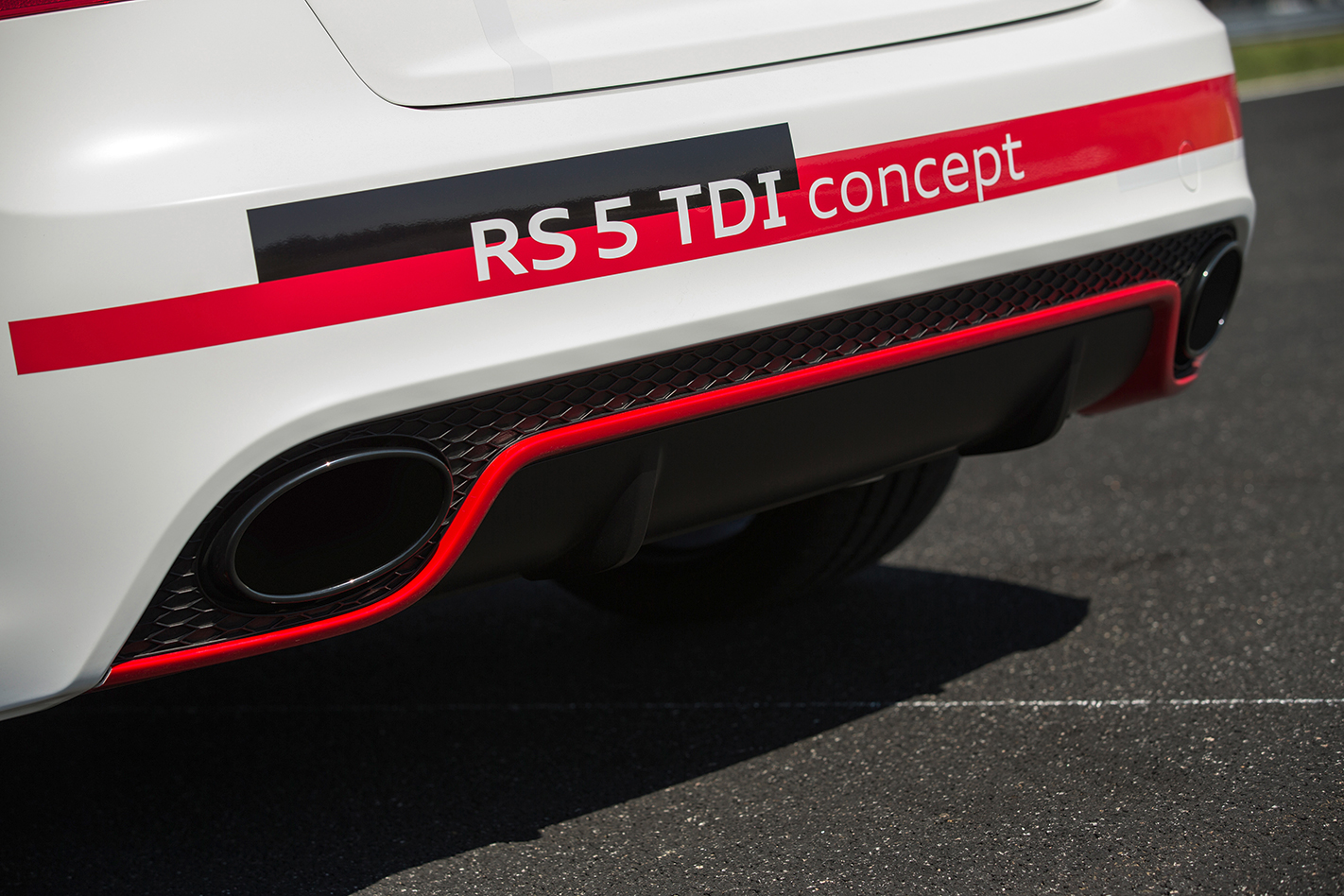 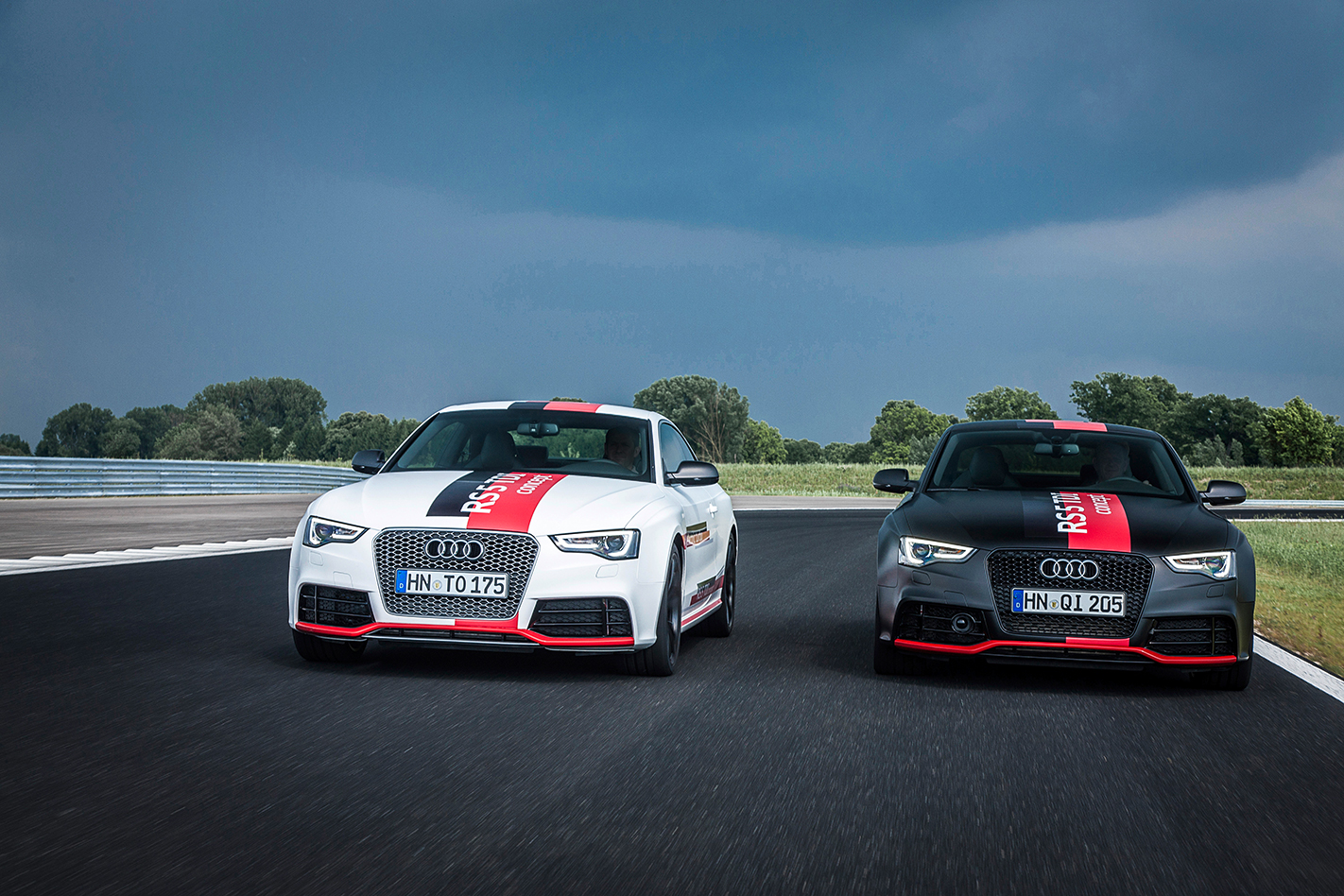 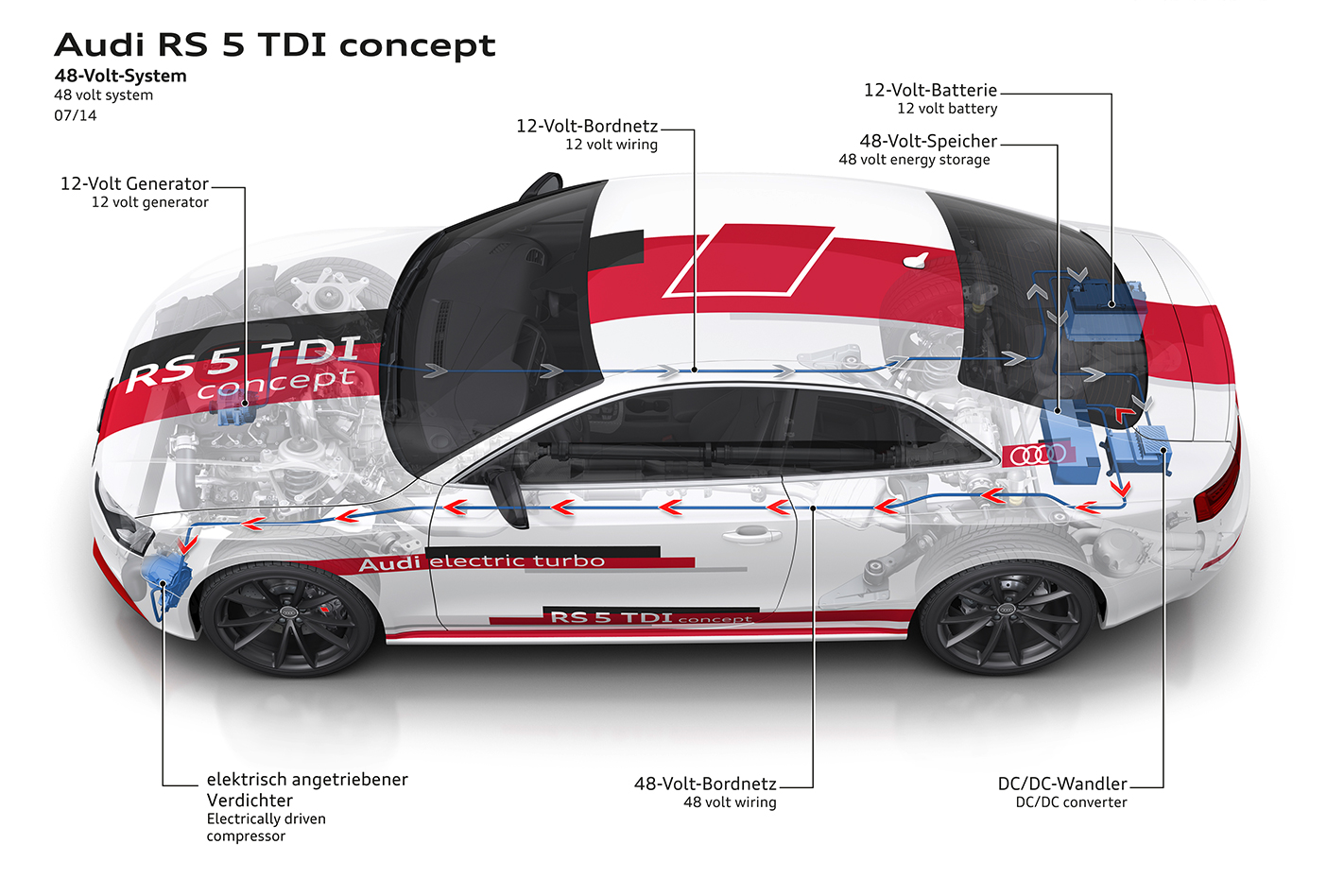