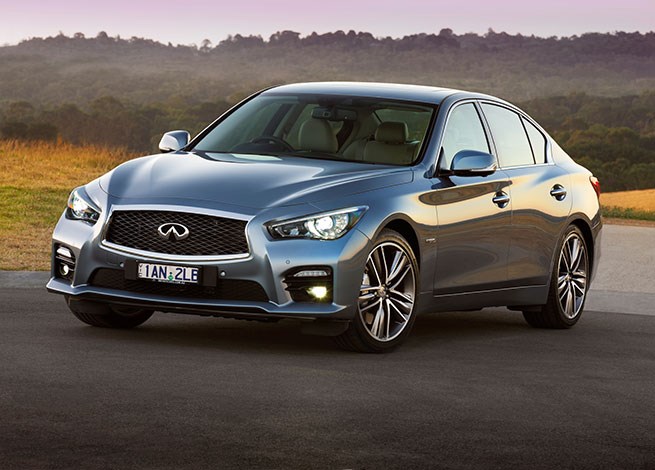 The Infiniti Q50 S proves that a hybrid-driven future doesn't have to be horrible.

If you’re contemplating the prospect of a hybrid-driven future with horror – and based on most offerings to date you could be forgiven – then recent developments should make you feel much more at ease. Less terrified, anyway.

With three of the world’s latest and greatest performance cars – the Porsche 918, McLaren P1 and LaFerrari – now packing high-voltage horsepower drivetrains, and the pinnacle of motorsport, Bernie’s fabulous flying F1 circus, doing the same for the 2014 season, it’s fair to say that the day of the performance hybrid has dawned. Hallelujah.

Down in the cheap seats, though, inspiring hybrid hardware is still hard to come by. There’s the Honda CR-Z, our 2011 COTY winner. Granted, you could argue this wasn’t one of our more logical or obvious COTY choices, but the Honda does illustrate the fact that, done right, a hybrid can be as expressive, engaging and capable on the road as conventional alternatives.

And so does Infiniti’s new Q50 sedan. If you’re shopping in the Audi A4/BMW 3 Series/Lexus IS/Mercedes C-Class space, it is worth your while taking a close look and a long drive in this car.

Priced at $67,900 for the rear-wheel-drive S and $73,900 for the why-would-you-bother all-wheel-drive S Premium, the Q50 Hybrid runs the same 3.5-litre V6 petrol/electric-motor parallel-hybrid drivetrain as the bigger Q70, with combined outputs of 268kW and 546Nm.

While you can’t manually select electric-only operation, the hybrid Q50 can cruise under light loads for a few kilometres on the battery alone, at up to 100km/h.

On the launch drive in Victoria, the rear-drive S returned fuel consumption in the mid-sixes, in line with its 6.8L/100km claimed average and a more than respectable result considering that the drive involved several thrashings up and down hills.

But the number that deserves attention is Infiniti’s claim of 5.1 seconds for the 0-100km/h sprint. That’s HSV Clubsport territory, though we haven’t yet been able to verify it.

There’s no doubt that the Q50 is quick, refined and supremely flexible. It’s even got a good engine note, thanks to Nissan’s throaty V6.

The Q50 also introduces the world’s first production steer-by-wire system, which is standard on both the S and S Premium grades. A mechanical linkage is still fitted, but it’s decoupled on the column via an electric clutch and only activated if the triple-ECU/steering-actuator system fails. Otherwise, you’re using essentially the same fly-by-wire technology as the bloke steering a Lockheed Martin F-35 Lightning.

This Direct Adaptive Steering system, as Infiniti call it, is beyond precision and closer to complete exactitude in the way it points the car into a corner. It’s also fast, light, free of kickback and – shock! – you can even feel what the front wheels are doing.

While most other manufacturers are still struggling to get their conventional electric power steering systems wired into the driver, Infiniti has nailed it in this next-generation technology, first time out. A brilliant result.

It complements the Q50’s overall character, which is strongly on the sporty side of GT.

The rear-drive S comes in at a not-too-bargy 1775kg (still 120kg heavier than BMW’s ActiveHybrid 3, though) and is more firmly suspended than other variants, with disciplined body control. Immediately after it darts into a corner there’s some understeer, though it’s not of the “Captain, she won’t turn” variety that afflicts, say, the Lexus IS.

But the ride, on run-flat tyres, is sharpish and could become pretty rugged on NSW and Queensland goat tracks. The boot’s small, too.

Otherwise, this car has “good thing” written all over it. It goes, stops, steers and handles. And it’s a hybrid.

Yes, there is hope after all. 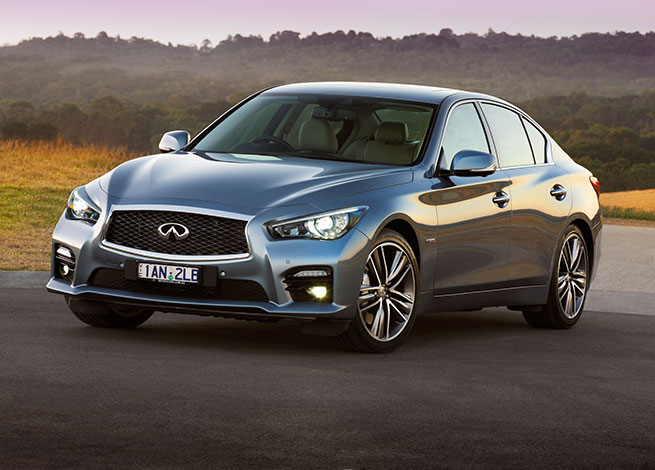 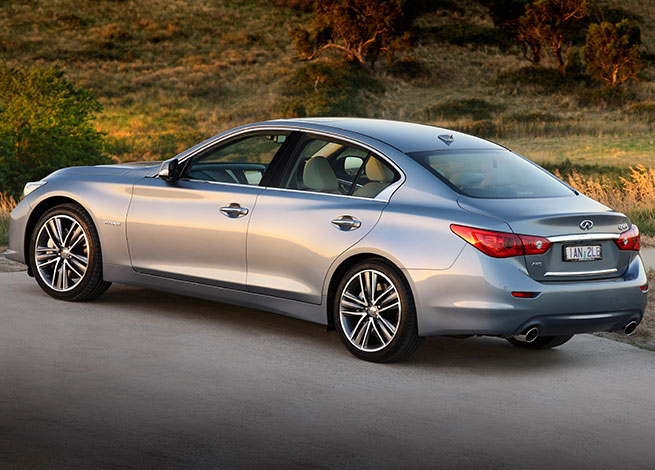 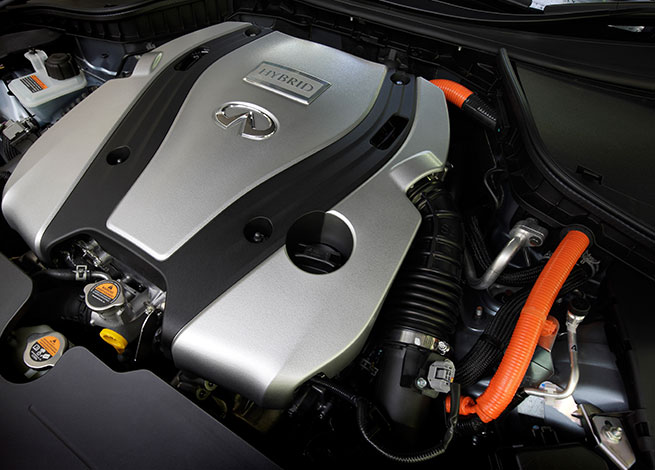 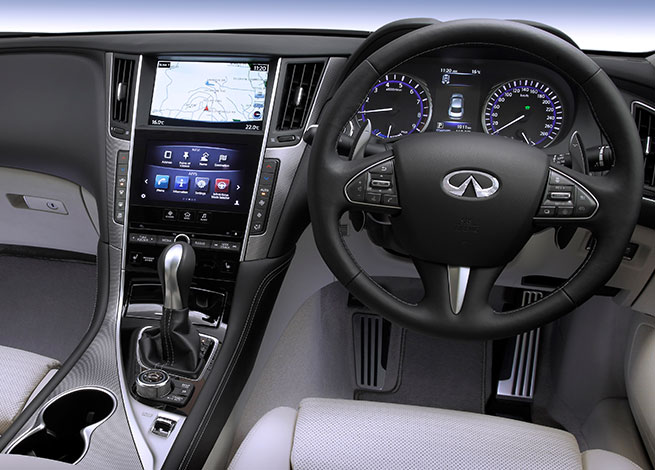