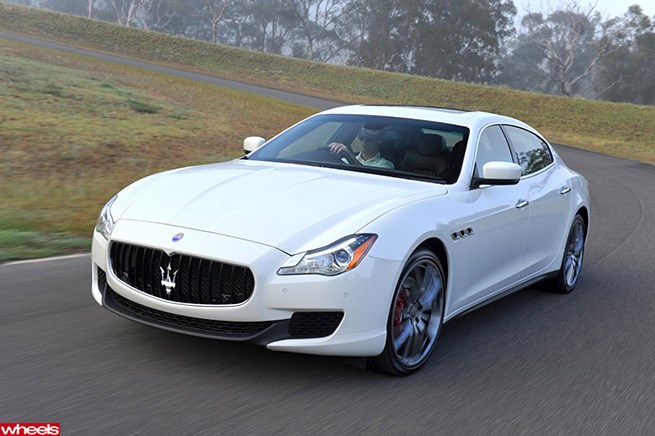 Twin-turbo Italian beauty gets more room and a stronger, lighter body to take the fight to Porsche and Aston Martin.

At the turn of the century the uber-sedan class had deteriorated into a boring, predictable slugfest with the usual suspects – Audi, BMW and Mercedes – making the usual self-aggrandising claims to “the best car in the world.”

It was all largely irrelevant, because most A8s, 7 Series and S Classes ended up wearing hire car plates, or ferrying third world dictators between wives.

Very few private buyers were silly enough to pay real money for one, not least because you immediately tore up 50 percent of it as you rolled out of the showroom.

How times have changed. Sure, resale values for limos are still horrific (try 20 percent after five years), but at least you can now have some fun while you’re burning cash.

Porsche’s Panamera, Aston’s Rapide and the Maserati Quattroporte have given the class some welcome depth and driver appeal that goes beyond Teutonic chest beating.

The 2014 Quattroporte is an all-new car, with a 100kg lighter and stronger body. A 107mm increase in wheelbase is designed to liberate more rear seat space, an essential requirement to compete in the lucrative Chinese market which will account for more than 50 percent of Quattroporte sales.

The V8 produces 390kW and, with a full throttle overboost function, up to 710Nm. The seat of the pants test says Maserati’s claim of 0-100km/h in 4.7 seconds feels pretty accurate. Lean on the accelerator in this thing and you’re off to see the wizard.

So why do I feel a bit sad about the new Quattroporte? After all, if you compare them by the numbers, it is a better car in almost every way than its predecessor.

The numbers never tell the full story. The symphonic wail of the previous GTS’s Ferrari-sourced 4.7-litre V8 is gone, replaced by a bland turbo whoosh, a faint far away rumble under power and a polite blurt when you change gears. With so much grunt now available from idle, you also miss out on that insane, addictive top end rush, though a short stroke layout for the 3.8 does at least permit a healthy 7200rpm redline and the twin turbos are well able to accommodate it.

I’m not sure the extended wheelbase has done the Maserati any handling favours either. A longer object takes more time to turn. No engineer can defeat that proposition. A lack of front suspension travel and excessive steering shake severely compromise the Maserati’s viability on rough local roads, too.

As I drove the GTS back from the launch, in complete comfort and cocooned in a cone of silence, I realised that what I missed most about this car was its Italian-ness. The previous Quattroporte GTS, especially the hard case MC Sportline, had it in spades. That car had a lot of Ferrari engineering in it, so how could it not? 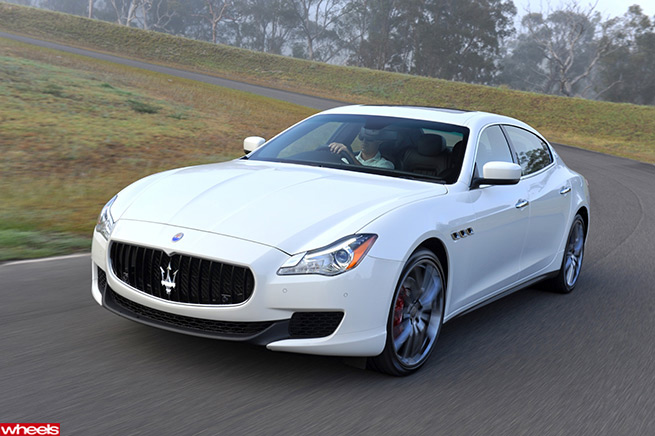 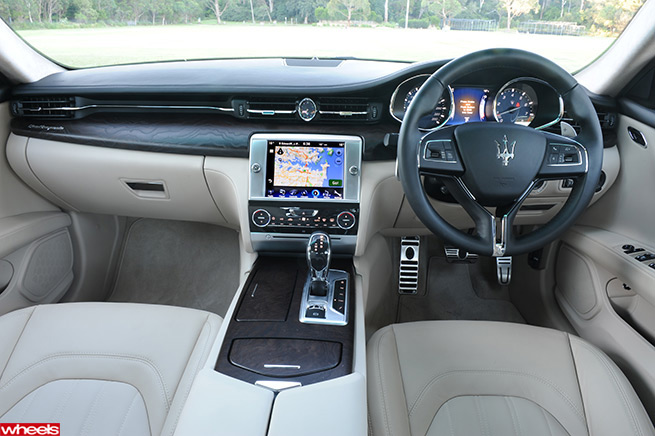 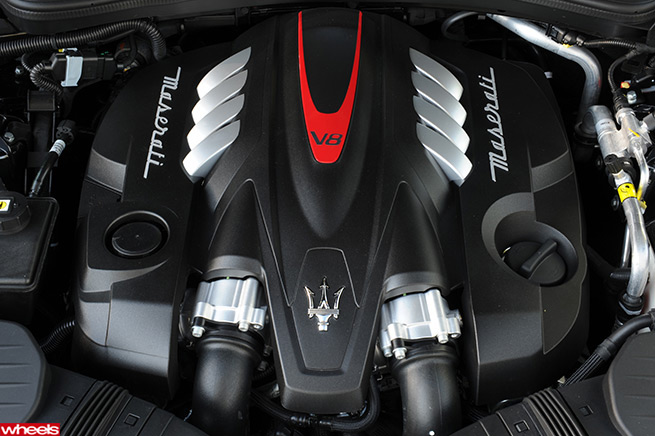