THE Acadia is Holden's seven-seater that assumes the mantle of luxury flagship for the company's new four-pronged assault on the SUV market. Based on the GMC Acadia but tuned for local conditions, it signals the death knell for the ancient Captiva 7. 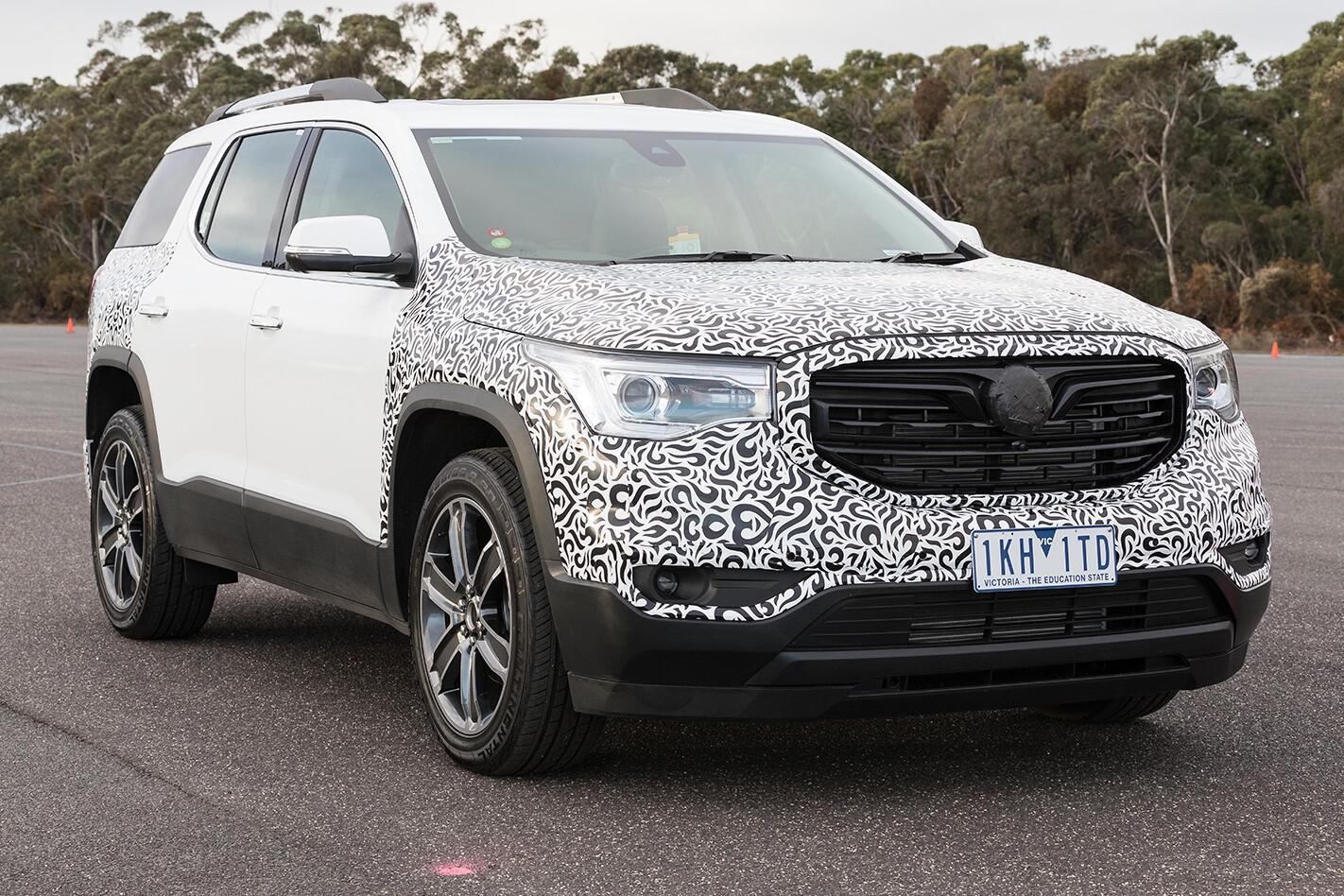 Think of the Holden Acadia as a direct rival for the hugely successful Toyota Kluger and you're not too far off the mark. The car has already established itself in the US, with sterling performances in the JD Power survey, so it ought to be tough enough for Oz.

Holden offered us the chance to drive pre-production prototypes on a closed off-road course. We're not yet permitted to comment on the powertrain, but it's well worth seeing what we're getting from a packaging and quality perspective. As the flagship luxury SUV in Holden's line up, it's up against some fierce competition. It’s too early to form a definitive verdict on Holden’s latest and biggest SUV but a brief drive in a pre-production prototype shows that this US import has real promise. Much will depend on pricing, but an Australian tune for the dynamics has made the Acadia a lot lighter on its feet.

PLUS: Space, styling, body control for such a big vehicle

MINUS: Petrol engine only, is something still lost in the translation? 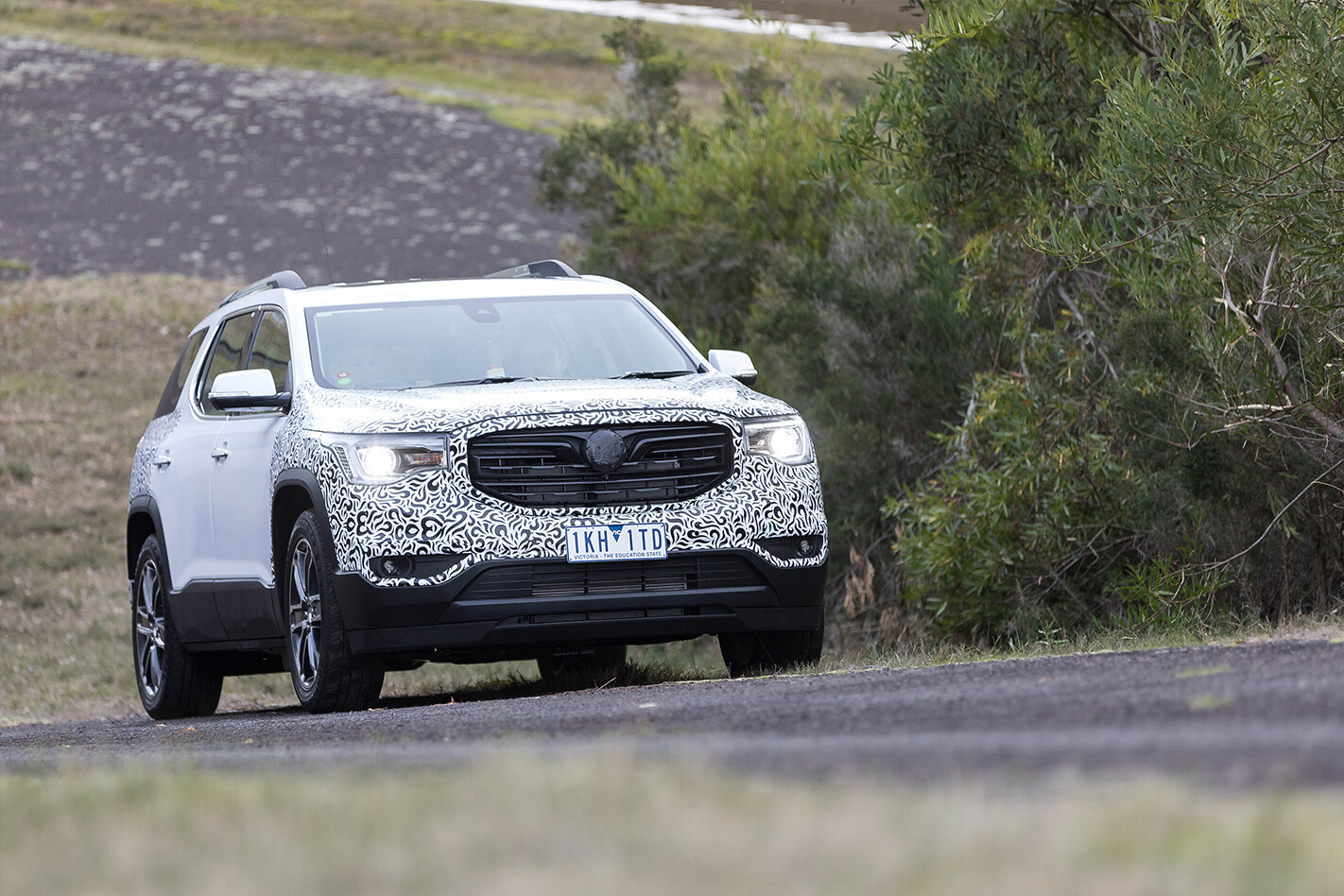 THERE'S probably a great PhD thesis in how Holden became so obsessed with one-upping the Ford Falcon that it managed to overlook the boom in SUV sales. As a result of its pyrrhic victory over the Blue Oval, Holden is now forced to play catch up from a position so far back that even Steven Bradbury would have probably given it up as a bad job. Still, better late than never and Holden's assault on the SUV market is now in full swing, tempered by the significant caveat that it's now a badging and local tuning operation, sifting through GM's portfolio for promising nuggets.

One of these is the GMC Acadia, a sports-ute the Yanks describe as mid-sized, but which we'd lump into the bloody enormous category. It's Holden's answer to the Toyota Kluger and we had the chance to drive a very early pre-production version at their Lang Lang test facility to get an early taste of what's coming to dealerships in mid-2018. Because of a bit of a wrangle between Holden and their US paymasters, we can't comment yet on what powertrain the vehicle has. The American models have the option of an unexciting 145kW 2.5-litre four or a far more attractive 231kW 3.6-litre V6. Make of that what you will. Anyway, what we have here is a good-looking seven seater with real presence. Built at the Spring Hill plant in Tennessee, this is the second generation Acadia, the first one being an even bigger eight seater. Like the Kluger, it's built to cater for either front- or all-wheel drive configurations, but ground clearance limits its off-road chops. Are we straying into drivetrain territory here? Possibly.

Holden's engineers have been tasked with the monumental job of making the Acadia feel sprightlier than a tectonic plate and, by and large, they've succeeded. The American market car's suspension had been engineered to float over severely frost-damaged bitumen, but also featured a competition mode – yes, really - that firmed the suspension up so much that the dampers felt as if they were milled from a billet of aluminium. Engineer Jeremy Tassone was part of the team responsible for developing a suspension tune that worked better for Australian tastes. “As soon as we spec the vehicle for Australia, we said we wanted to have a strong summer tyre,” he explains, the tyre selection dictating the choice of componentry for the suspension.

“We first drove a right-hand drive Acadia in the US in March with summer tyres and Holden content in it and then we set the tuning direction. Springs, roll bars, damper calibration, stability control, trailer sway control and so on. We've also upped the towing capacity to two tonnes for this vehicle,” he explains. Reducing the gulf in ride quality between the two drive modes was also accomplished.

The results are impressive. We were able to drive a US-spec GMC vehicle and then jump into the Acadia and the difference between the two is night and day. The former feels like a typical LAX airport hire car, with a bouncy castle ride and steering that's low geared and lacking in feel. The Holden Acadia feels tauter and more responsive, with less float in the ride and far superior body control. The Acadia we drove was riding on huge 234/55 R20 Continental Cross Contacts and there’s likely to be an 18-inch option available too. 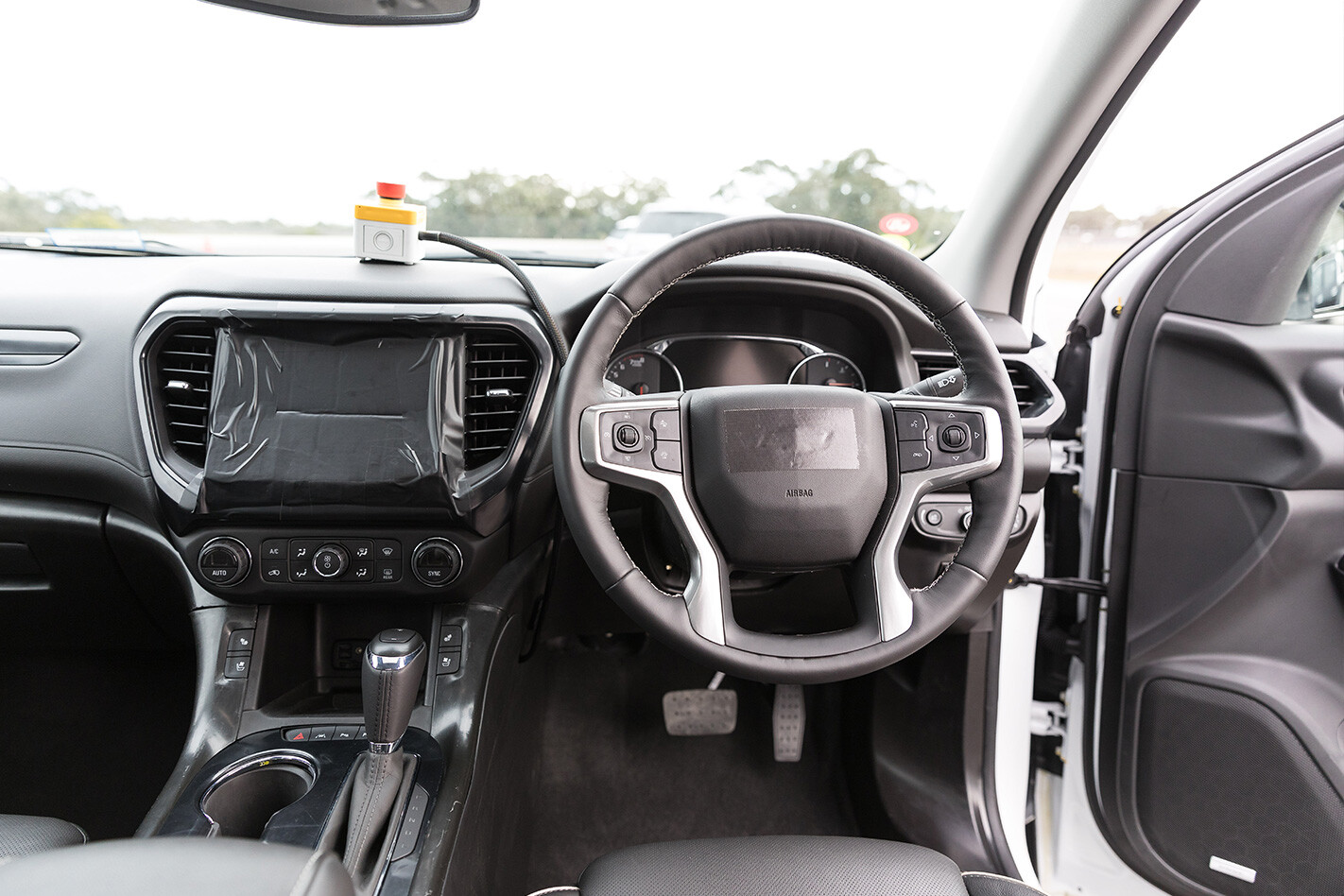 The interior is predictably vast, as you'd expect for a car that measures 4917mm in length with a 2857mm wheelbase (Kluger 4890/2790). The second row of seats slide and recline and access to the low-set rearmost pair of seats doesn't require the flexibility of a spelunker. The front seats are heated and ventilated and there's a massive twin-pane sunroof giving the cabin an airy feel. There’s also a neat three-setting remote hatch control sited on the driver’s door that can be programmed so that the electric tailgate doesn’t clout the ceiling of your garage.

It's also well catered for with electronics. Holden promises Apple CarPlay and Android Auto compatibility, remote start, wireless phone charging, a hands free powered tailgate, a 360-degree camera and a customisable driver display. There are a pair of USB slots up front, two in the second row and one in the cheap seats out back, which ought to head off arguments over charging devices. Holden will fit a revised steering wheel, reskin the infotainment system and maybe tailor a few of the minor controls, but otherwise the GMC interior gives a good clue as to what Aussie customers can expect, and it's not at all bad for an American car. It still feels some way removed from the slickness of a Mazda CX-9's cabin but the fascia feels broadly on a par or slightly classier than a Kluger's.

So there's real promise here. Clearly much will hinge on how the car is priced for the Australian market and the next milestone is for an 80 percent production ready car due to arrive in August. Holden is talking up the car's chances, hoping to get some return on the $30m investment in retooling the Spring Hill plant for right-hand drive production. “If you look at some of the key competitors in this segment, Kluger and things like that, they do some really reasonable volumes. We are not expecting this to be a niche vehicle,” says the company's Director of Communications Sean Poppitt. “Previously our SUV offerings have been honest and they've been great but this adds a whole new level of sophistication, luxury and technology in our SUVs. Once the default family car was a sedan or a wagon, whereas now its SUVs. We want to make sure Acadia is on people's shopping lists.”

The Captiva, which will be replaced at the end of the year when the five-seater Equinox SUV arrives, will continue in seven-seat guise until the Acadia makes landfall in the middle of next year. The only flaw in Holden's logic is assuming that Aussie buyers will afford the Acadia's petrol engine the leeway they do with the Kluger's. The Toyota gets away with its thirst because the brand's badge bundles in a raft of other perceived values – justified or otherwise. Holden's not there yet but who said playing catch up was easy?