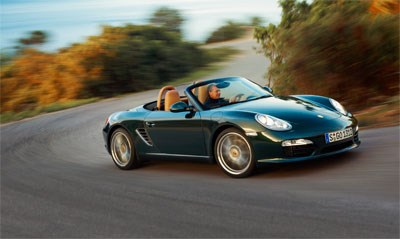 Stuttgart pumps up the base with all-new boxer and 'boxes.

Used 911 or brand spankin' Boxster? Stuttgart's most affordable sports car was born in 1997, and so was this conundrum. Okay, so the modestly powered Boxster wasn't a Carrera, but given the price advantage, it did steer, handle and sound near enough to one.

The launch event for the MY09 Boxster/Cayman isn't typical. Partners are invited, so the fiancée and I fly to Melbourne for a weekend getaway.

On Saturday morning we're presented with a shiny Boxster manual. The real changes lie beneath the skin, but a subtle exterior facelift incorporates new headlights, tail-lights, side mirrors, and bumpers.

It starts raining as we wheel out of Melbourne's city streets headed via drivers' roads to Torquay. I recall the previous evening's presentation. The flat six whirring gruffly behind me is all-new, from the same family as the new 911 engines, and the first new engine architecture since Porsche went water-cooled. Capacity is up from 2.7- to 2.9-litres (see engine breakout, below), while MY09 also introduces PDK for Boxster and takes the manual from five to six speeds.

As we motor north-west towards Daylesford, periodic breaks in the downpour let us explore the chassis' potential and the upper reaches of the tacho. On flowing country roads the rhythm is addictive — floor the pedal, snick the gearlever up, listen as the engine note blurs from throbby bark to manic howl, squeeze the brake, slot the lever back, wind steering lock on and off, feed in the power. We're only interrupted occasionally by an inopportune, less-than-enthusiastic driver. Or more rain.

The biggest reminder you're driving the next best thing to a 911 comes via the steering. It's one of the motoring world's most unsullied systems, the wheel jiggling over bumps and surface changes, always alive and feeding a continuous stream of info to the driver. Front grip levels belie the fact the only thing over the front wheels is the fuel tank, a weekend bag and a picnic rug.

Trentham offers a pause in the rural-road rhythm and the chance to reflect. It's typical of the sleepy country towns we pass through. There's no-one around. Smoke wafts from chimneys, filling the cool early-autumn air with the smell of the impending colder months. The rasp of the flat six echoes through empty streets and off rain-soaked roads.

And so to answer our question: we'd happily choose a Boxster over a second-hand 911. But great as the Boxster is, drive the S and it will convince you to spend the extra $27K. 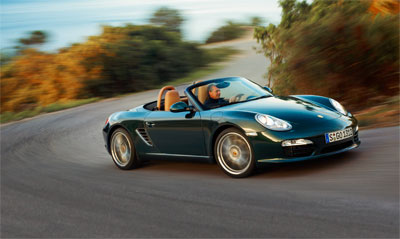 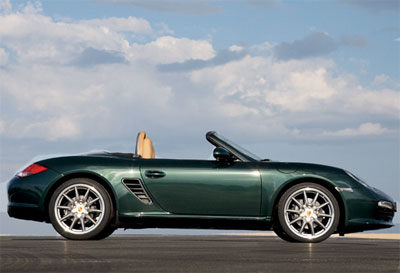 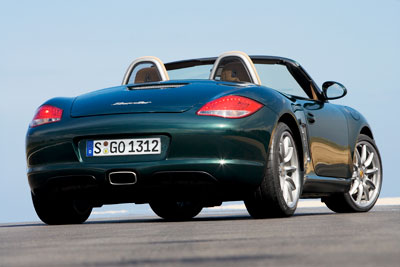