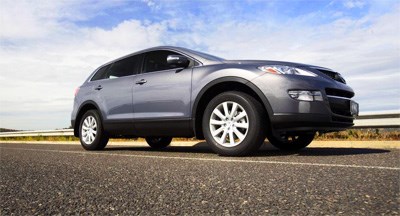 Aficionados of this uniquely compelling column would be aware that the Bulmer family has, from time to time, struggled with the space constraints of the C-Class Estate.

This problem loomed large over the Christmas break, in the form of a mountain of stuff on our garage floor — stuff which I initially mistook as emergency aid for flood victims. Not so, said the missus, assuring me that it was all essential luggage and must be conveyed. It was, she said, a matter of life and death. Mine, presumably, if I didn't get it aboard.

Staying within the Benz family I could, perhaps, have whistled up a Sprinter van, but the lack of rear seats would have created problems for the family member chosen to be ockey-strapped into its cargo bay. A Freightliner truck might also have been deployed, but my Jacky-Howe was at the cleaners and, anyway, I'd foolishly let the truck licence expire.

These options exhausted, I searched this section of Wheels for an alternative ... and came up with the Mazda CX-9. I recalled that Mazda had made much of the space advantages of its big SUV over rivals such as the Ford Territory and Toyota Kluger. And I knew, from having driven the CX-9 at COTY, that its dynamics and performance place it firmly at the pointy end of the SUV category.

A couple of phone calls and a trip across town later, I had the wife and kids comfortably strapped into rows one and two of a silver CX-9 Luxury, with the third row folded flat to make way for our pallet-load of humanitarian aid. The CX-9 swallowed the lot, burped, and asked for more.

Four weeks of highway and urban duties later, I came away impressed by the big Mazda's performance in both applications. Its 3.7-litre V6 offered decent urge and respectable economy; its six-speed auto proved smooth and well calibrated; and, despite dimensions to the contrary, it never felt like a truck.

The clumsy interface of its optional sat-nav and a tailgate that was deemed too high and too heavy by my vertically challenged wife were the only gripes. That, and the fact it doesn't unload itself.

The combination of a 3.7-litre V6 and 2080kg kerb weight means the CX-9 is never going to be super thrifty around town, delivering its worst figure of 19.9L/100km in this environment. On the flip side, its fully laden open-road averages of 12.1 and 12.8L/100km are commendable. 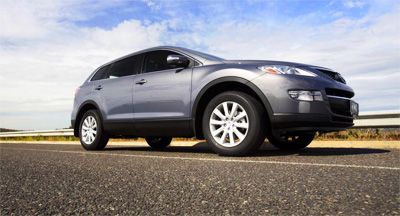 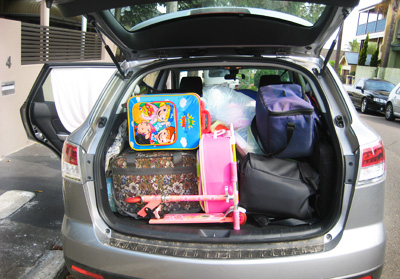