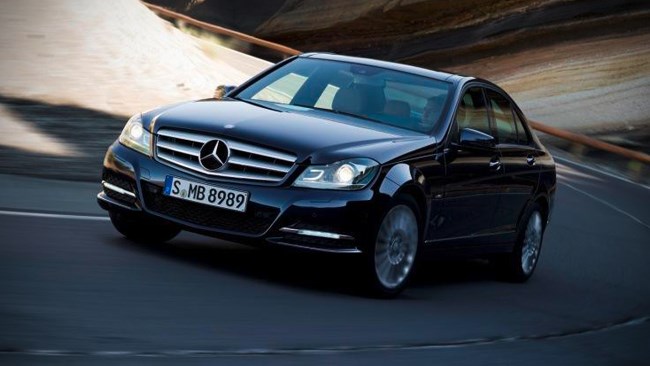 AT FIRST glance the 2011 Mercedes C-Class looks much the same: the facelift brings a stronger nose, more squared-off two-tier headlights and angular bumpers.

All standard midlife revisions that remain true to the W204 C-Class origins. Still, Mercedes claims the facelift consists of 2000 new parts – more than any other in its history – and proof that the engineers have gone through the C-Class, enhancing the good bits, while rectifying any weaknesses, to create a mid-sized premium sedan that remains fully competitive. Especially when, engine-for-engine, prices will be unchanged when it arrives in June.

The transformation of the interior is the big story, but there are also major changes to the drivetrain, while the switch to an aluminium bonnet saves 9.2kg and, because new tooling was required for the material change, allowed the designers to rework the headlight shape.

The styling is more aggressive, especially the Avantgarde sports version with its open grille and massive three-pointed star. The class-leading 0.26 Cd remains unchanged.

Criticism of the previous interior centred around the pop-out multimedia screen. Happily, it’s been dropped in favour of a slick horizontal replacement with a brilliant high-definition screen. The plastics are higher quality, and there’s a classy metal finish on the console that looks as if it comes straight from the SLS gullwing.

On the road, the new C-Class always feels solid and planted and, especially with the optional Dynamic Handling Package, more nimble than the old car through reworked spring, damping and anti-roll bar rates.

Buyers can choose between wafting about in mini-S-Class-like comfort via the supple ride of the standard car (essentially an Elegance without the badging) or opt for the Avantgarde’s extra dynamism and superior body control, chiefly through the transitions, and a decidedly firmer ride. It’s an intelligently broad choice.

All four-cylinder petrol and diesel engines are essentially unchanged, but benefit from the belated fitment of Mercedes seven-speed automatic and start-stop technology. Strangely, the revised auto works far more effectively on the C-Class than the SLK.

Kickdowns happen just when you want them, and the adaptive technology now seems to function as promised. In 250CGI form, the direct injection four works brilliantly, in cruise mode or when driven hard, when it takes on an edgy, sporting character. So effective is the 150kW 250CGI that Mercedes-Benz Australia has decided not to take the new direct injection 3.5-litre V6 petrol variant.

The idea that it’s now a mini S-Class is reinforced by the availability of 10 new driver aid systems, including Adaptive Highbeam assist, Blind Spot Assist, Lane Keeping Assist and Parktronic. 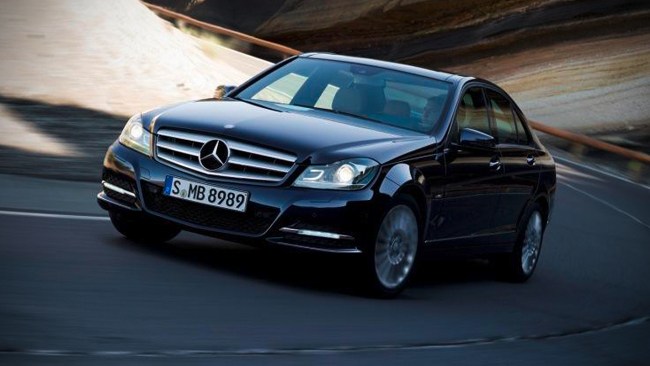 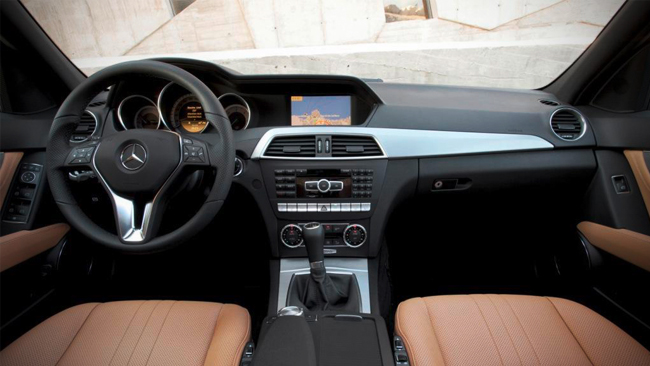 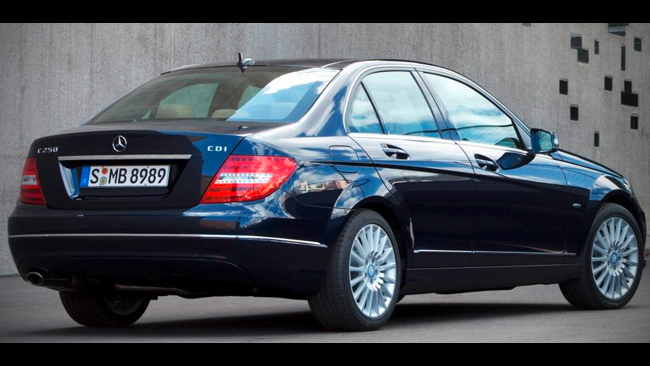