Criticism levelled at the previous version of the Mini JCW Clubman often boiled down to it being not quite powerful enough to overcome the fact it’s approximately 1.5-tonnes of Mini and BMW bits.

The new one is here to fix that. In fact, it’s now the quickest Mini you can buy. 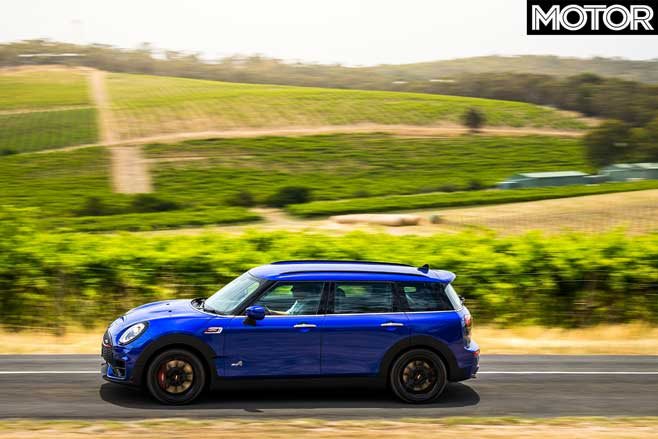 The ‘2020’ JCW Clubman is the first Mini to join the ‘200kW Club’ for hot hatches, as Mini’s product planning head Marlon De Abreu put it, thanks to the newest 2.0-litre turbo engine from its parent company.

With 225kW and 450Nm at its disposal, the new JCW Clubman is able to complete the 0-100km/h sprint in a claimed 4.9 seconds, which feels about right based on the driving conducted during a launch in the Adelaide Hills.

That power, of course, is sent to all four wheels (thus the All4 name) via an 8-speed sports auto, the same found in the likes of the BMW X2 M35i and M135i xDrive, both using the same engine as the JCW.

But first, there’s more that’s new for the updated Clubman. For a start, it’s visibly different in a few key places, including its fresh fascia, larger exhaust exits due to an uprated system, and new ducts for cooling both at the front –two new radiators flank the main one – and at the rear. 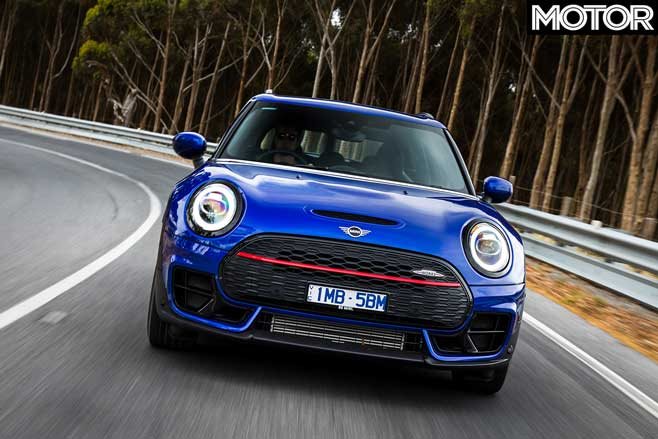 The wheels have also been given a little more camber of the previous version, and the ride height has been lowered by 10mm. It’s had its underside design revised for better aerodynamics, and it’s now sporting JCW-specific steering knuckles. All of this should mean it’s a much better drive than its predecessor, right?

Well, yes, but there’s one more thing that the JCW Clubman really needed – adaptive dampers. And, if you opt for the new ‘Pure’ variant, you get ‘em. Standard. Rolling on 18-inch alloys with Michelin Pilot Super Sport tyres (instead of 19”s with Continental PremiumContact6s), the JCW Clubman is at its best. 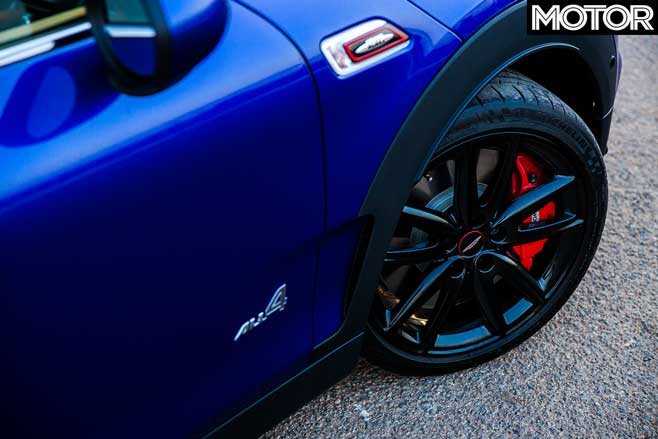 Firstly, despite weighing in at 1550kg (the previous version was 1565kg), the new engine manages to make the JCW feel properly brisk, especially when you consider you’re essentially hauling a small wagon rather than a little hatchback. Its longer wheelbase also provides stability in fast, long corners, though at the expense of sharp, dramatic turns and quick exits.

If you like a little bit of playful road movement, the adaptive dampers and Super Sports can provide the goods, though overcommit and you’re stuck finding a way to round up almost 4.3 metres of ‘Mini’. Its steering will let you do so without much hassle, but feedback feel isn’t abundant. It’s enough, and its steering wheel is quite nice to use, but individual adjustments for steering, dampers, and power delivery would be nice. 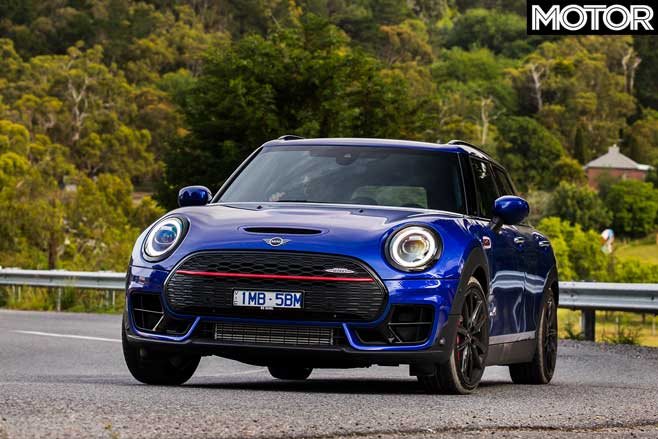 As it stands, there are three drive modes: Green, Mid, and Sport. Green is rather tame, as you’d expect, and Mid leaves the dampers in a softer setting while giving you some access to the grunt from its engine without ascending into ‘full attack mode’. Mid is still quite punchy, and can provide enough agility if you bump the 8-speed into its sport setting, but if you want to drive properly fast you need Sport.

The Pure isn’t just about the adaptive dampers and tyres, though. As with the Pure versions of BMW’s M cars, the JCW Clubman is cheaper in this variant, by $5000. While the ‘full-fat’ version of the JCW cops all the gear and more ‘luxe’, it doesn’t have adaptive dampers as standard, and it costs $62,900 before on-roads.

And that’s where the value proposition for the higher spec version comes in. You get a 12-speaker Harman Kardon sound system, a heads-up display, electronically adjusted heated seats, which come in full leather rather than the Pure’s Dinamica microfibre and leather mix. And while $62,900 isn’t too bad for a quick wagon with all of the above, if it’s driving quality you want, the Pure is the way to go. 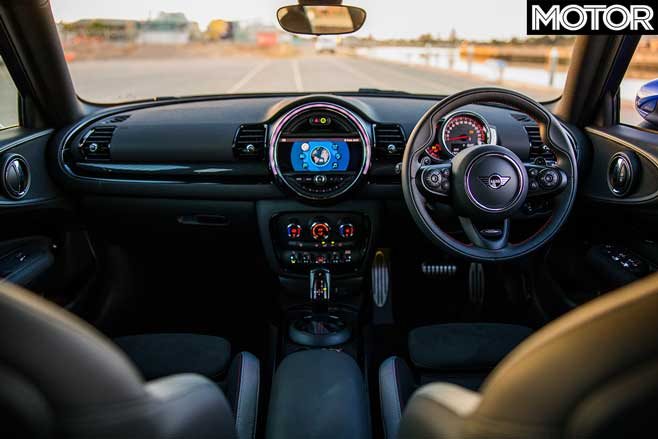 So, even though the Pure’s $57,900 is more than the previous fast Clubman’s pricetag by $1000, it’s providing a lot more grunt with finesse to match. Sure you could buy something faster and more dynamically capable like a VW Golf R or a  for a little less, but if you’re anything like the people I’ve begun this sentence in front of, you’ve already finished it with “but it’s not a Mini.”

Thanks to its dampers and its brute of a four-pot, the JCW Clubman Pure might just be the pick of the Mini range… until the JCW GP shows up, that is.

Likes: Now properly fast; adaptive dampers a must; Pure provides value
Dislikes: You could go faster for the money; still heavy; not the most dynamically exciting 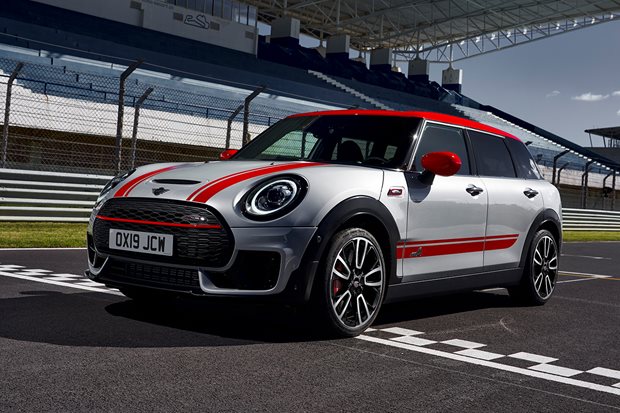 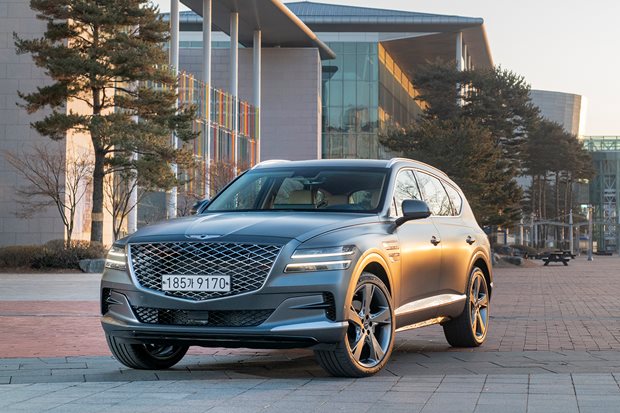 Pricing will ultimately dictate the success of South Korea’s first luxury SUV, but a first sampling suggests the Genesis GV80 will be a compelling package 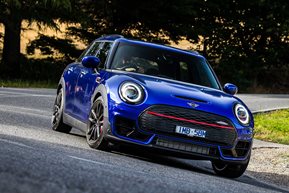 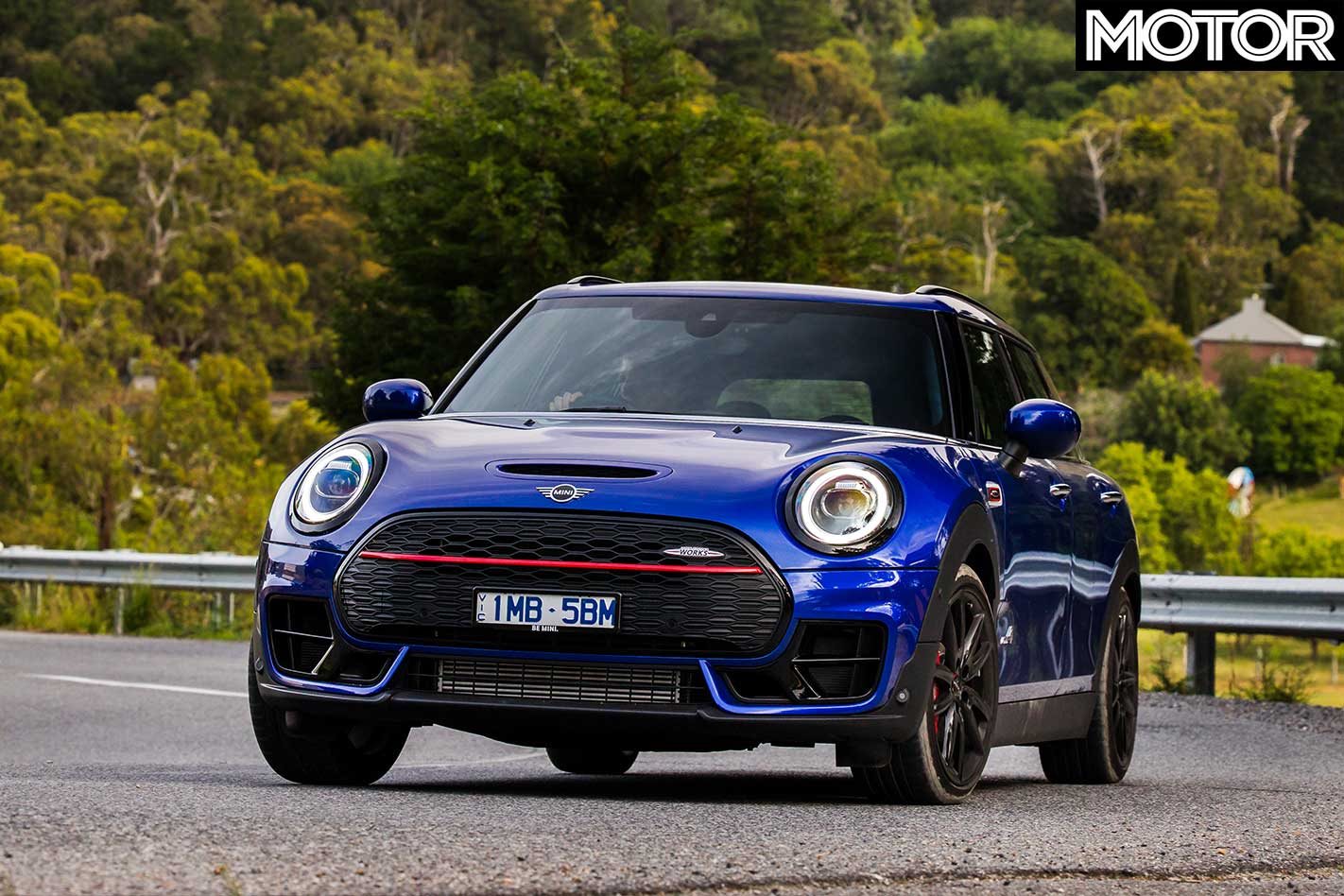 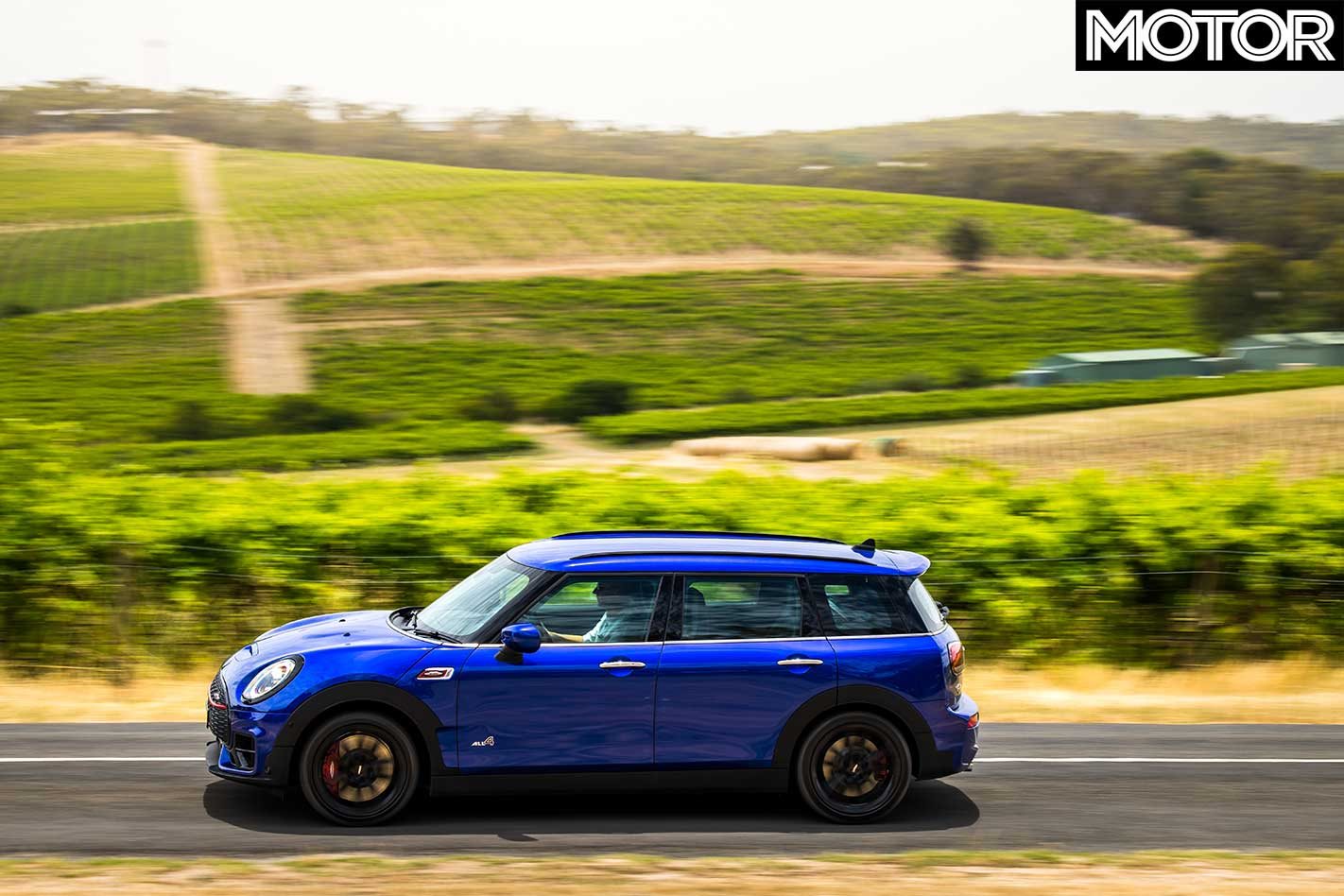 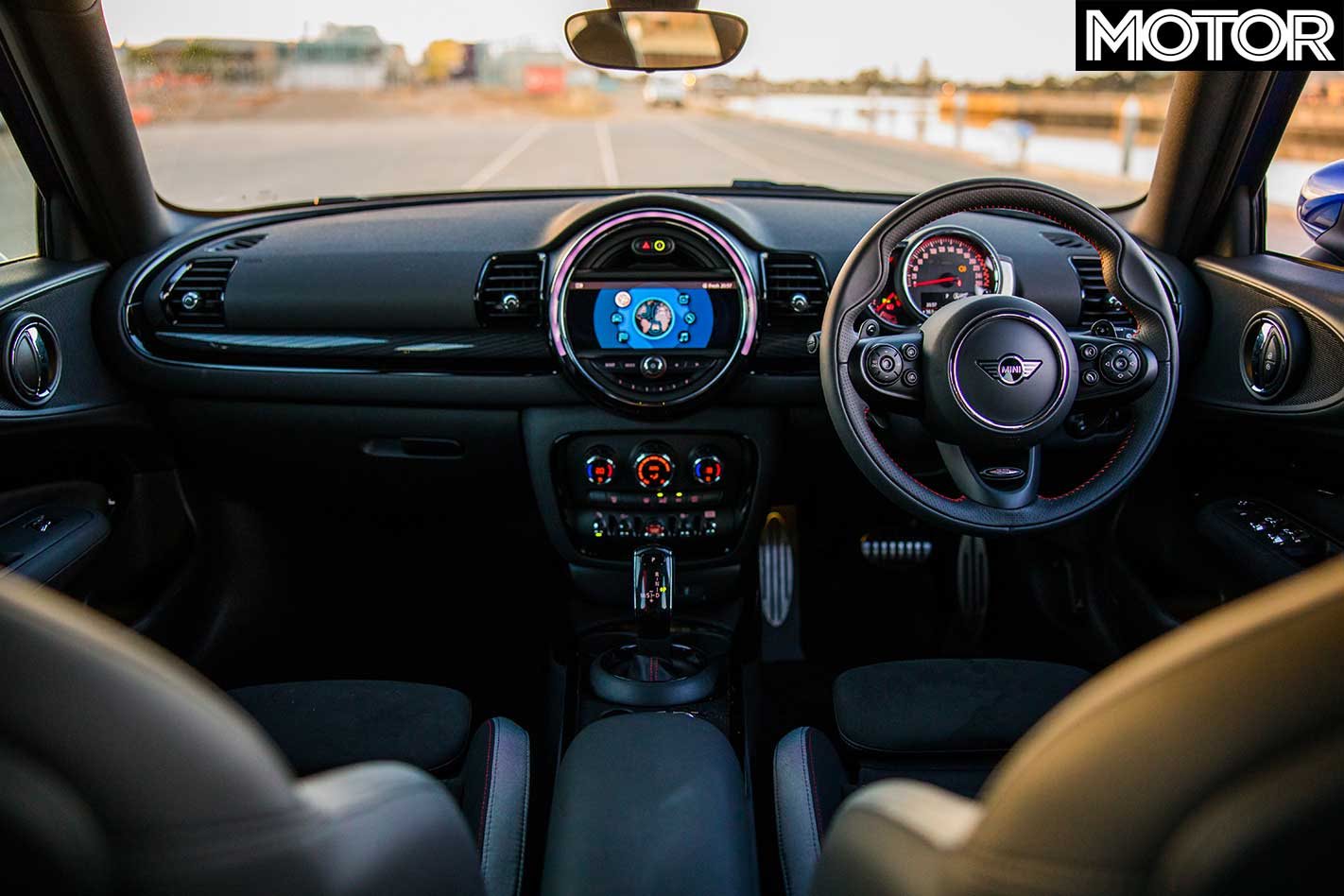 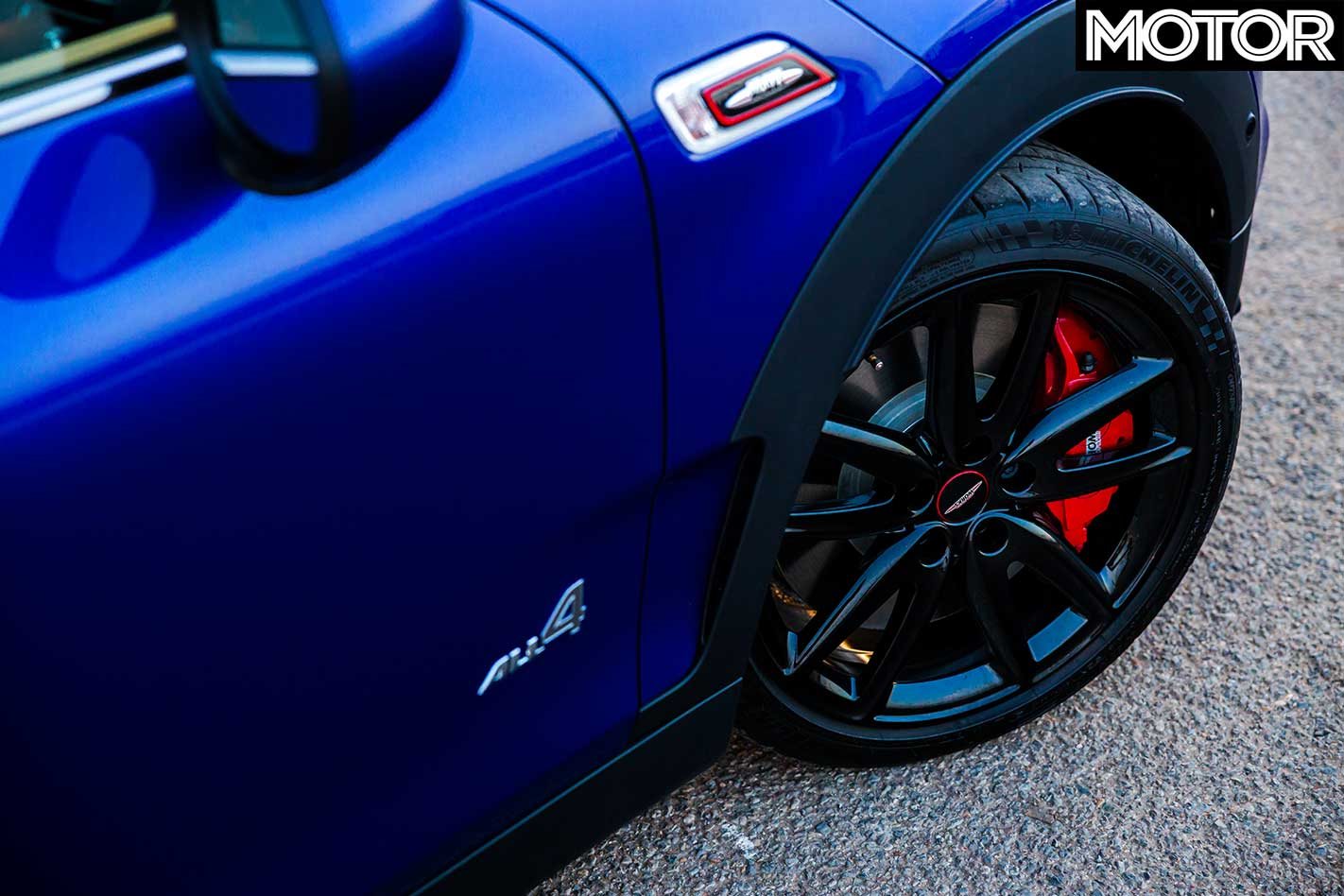 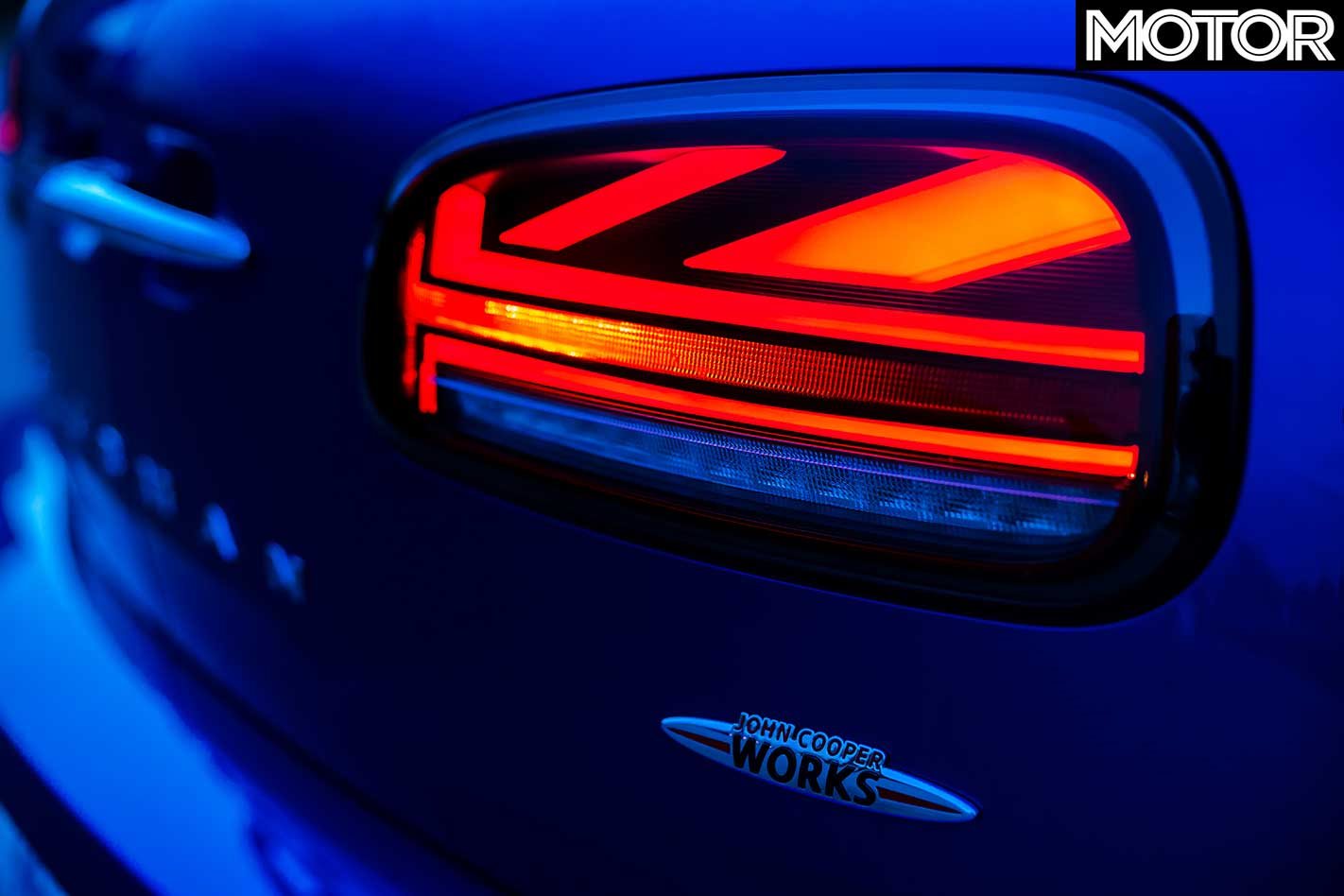