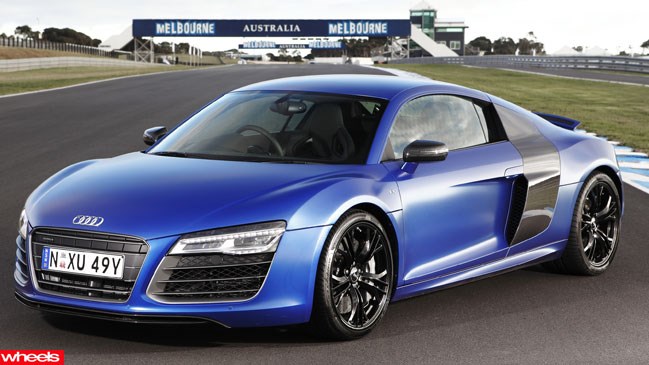 The R8 supercar is the best thing that has ever happened to Audi.

The R8 supercar is the best thing that has ever happened to Audi.

Even now, seven years after it launched, the R8 has the street presence and sporting clout to hold its head high among its competitive set.

And if you want proof of how well the R8 has aged, what we’re about to discuss are details of its first facelift. If you could call it that.

Only truly devoted trainspotters will notice any major visual change. The single-frame front grille is new, apparently, and the front and rear diffusers have been altered to improve aerodynamics. The V8 gets a new style of forged-aluminium 19-inch alloys and the full-LED headlights have been re-drawn with an ‘angrier’ graphic outline for the daytime running lights, which makes the R8 look meaner than ever.

The visual party trick, though, happens at the rear. The LED tail-lights feature what Audi calls “dynamic indicators”. These ‘grow’ the indicator line from the inside out, just like a 1965 Ford Thunderbird. That’s about all the R8 shares with the Thelma & Louise T-Bird, except maybe its status as an appropriate getaway vehicle for two female outlaws.

Engine-wise, the R8 is as fit as it’s ever been.

It still hurts to see the V10 manual resigned to the past, but the seven-speed S-tronic is a superb transmission – super-smooth around town, with imperceptibly slick upshifts and intuitive gear selection, yet with a calibration totally focused on extracting every ounce of shove from the R8’s great engines.

Audi claims the dual-clutch V10 Plus will hit 100km/h in just 3.5sec, which is 0.1sec faster than the regular V10 S-tronic and several tenths quicker than the best anyone ever extracted from the old six-speed manual V10.

The Plus’s top speed is also marginally superior to the regular V10’s, but this car is not about numerical one-upmanship. It’s about making Ingolstadt’s supercar a bit more hardcore.

While the R8 V10 never feels quite as sweetly balanced as the quieter, less urgent V8, the Plus version’s lightweight seats, titanium wheels, and carbonfibre mirrors, sideblades, and interior inlays all contribute to a 50kg weight loss.

So do its massive ceramic brakes (380mm front, 356mm rear), which cost $23,560 extra on lesser R8s, and are more than up to the task of handling 404kW worth of wailing, hair-tingling V10 hauling down Phillip Island’s main straight.

It also comes in a unique matt Sepang Blue, which is an $11,540 option, but it’s the only clear visual signal that you paid more than $408,200 for Audi’s gracefully ageing range-topper. 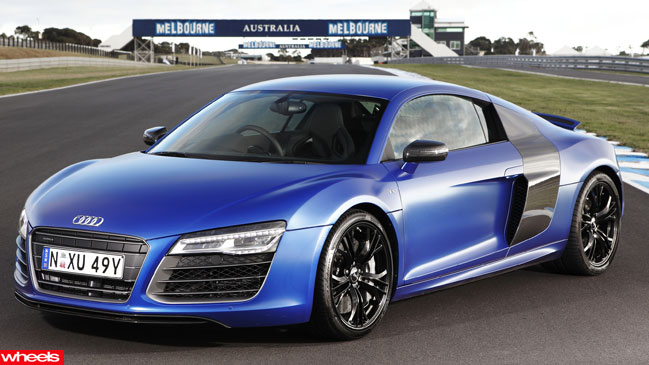 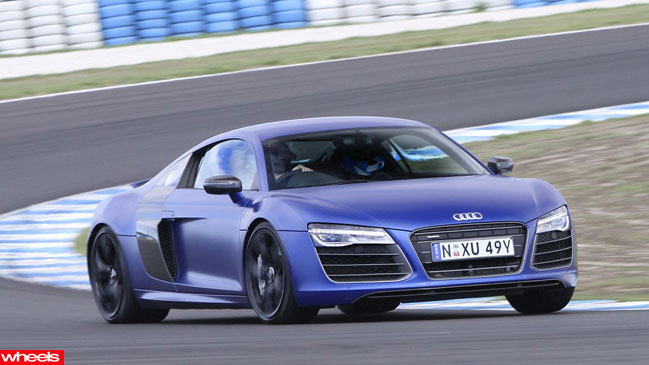 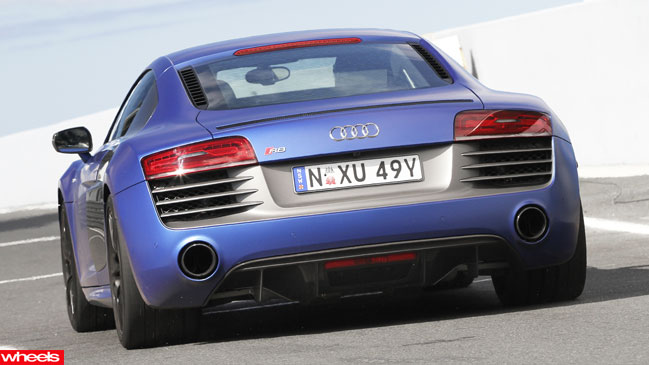 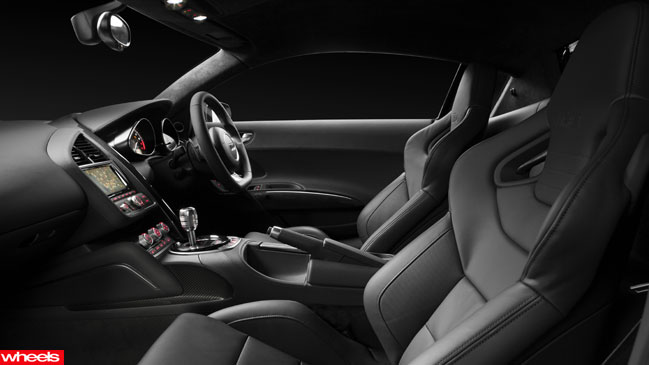