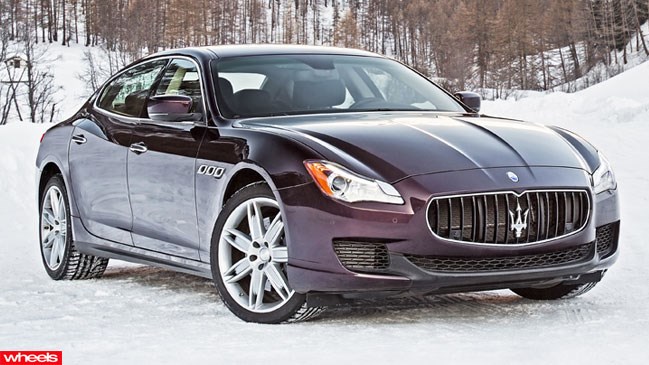 Lift the bonnet of the new Quattroporte S for a glimpse of Maserati’s future.

Lift the bonnet of the new Quattroporte S for a glimpse of Maserati’s future.

Underneath the plastic cover is the twin-turbocharged 3.0-litre V6 the company is counting on to provide a sharp burst of sales acceleration.

Maserati’s 2012 global tally was 6288 cars – a few more than the year before. By 2015 the objective is 50,000, mostly from new models that will rely heavily on the V6. It will be the mainstream engine in, for instance, the Ghibli sedan, Maserati’s imminent 5 Series and E-Class competitor.

From the seven laser-cut holes in its high-pressure, direct in-cylinder fuel injectors to its variable-displacement oil pump, the all-aluminum 60-degree twin-turbo 3.0-litre is truly state-of-the-art. The V6 is built under contract at Ferrari's factory on a dedicated new 40 million Euro engine line.

According to product development engineer Federico Landini, the V6 and Maserati’s new twin-turbo 3.8-litre V8 (also assembled by Ferrari, on the same line as its own V8s) are designed around the same combustion chamber architecture.

Landini insists the V6 is Maserati Powertrain’s work, and is not related in any way to Chrysler’s Pentastar V6. It’s a fine engine, with a calmer character than its big brother. While it doesn’t rev as high as the soaring V8 in the Quattroporte GTS, the V6 is excellent all the way from idle to its 6000rpm cutout. The 3.0-litre is smooth, responsively muscular and mostly makes the right amount of noise.

In fuel-saving ‘ICE’ and default ‘Normal’ modes, there’s a little exhaust boom at the low revs and small throttle openings required for freeway cruising. In ‘Normal’, the exhaust system bypass valves open from 3000rpm for an appreciable increase in sound volume and quality. Selecting ‘Sport’ sharpens throttle response and unplugs the exhaust system throughout the rev range. This mode’s extra snap is obvious, and there’s plenty of trademark Maserati crackle and pop when driving hard.

The V6 Quattroporte also introduces the company’s first-ever all-wheel-drive system, labelled Q4. Anything from zero to 50 percent of torque can be channelled to the front wheels. The 60kg system has only negligible effect on the Maserati’s perfectly even weight distribution.

The all-wheel-drive system is excellent. The Quattroporte S Q4 sometimes feels almost rear-drive, but the car’s torque-distributing software is smart enough to keep the car mostly neutral at the limit. As Maserati hasn’t engineered Q4 hardware for right-hand drive (it’s intended primarily for the US snowbelt and northern Europe), only the rear-drive is destined for the Australian market. It will arrive in November, three months after the V8-engined GTS.

Although it’s a fraction slower to 100km/h, the rear-drive Quattroporte V6 is the real driver’s choice. The weighting of the Q4’s steering is inconsistent; light at parking speed, the assist is reduced too quickly as road speed increases. The steering of the rear-drive S is more natural feeling, and gives a better sense of connection with the road. Grip from the standard 19in tyres is strong, and the brakes are beautifully bitey.

Faults? Yes. Even in softer-damped ‘Normal’ mode the Maserati rides more firmly than its obvious competitors. In fact, it occasionally verges on harshness over small, sharp road irregularities.

And the ZF auto’s shifting could use a little more polish. But it’s still something of a charmer, the Quattroporte S. There’s a handcrafted cosiness to the spacious cabin that’s pleasantly un-German, the engine is engineered to excite and the handling is more involving than other luxury contenders. 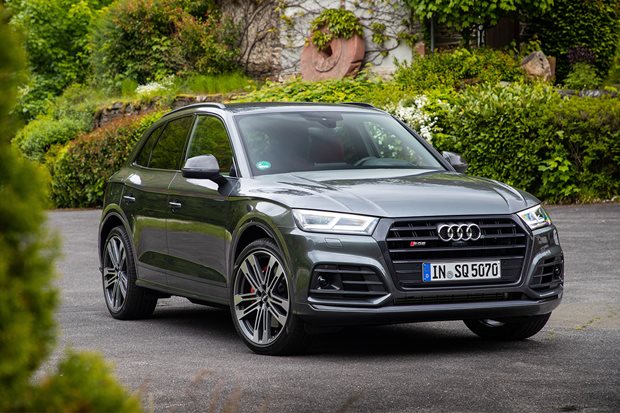 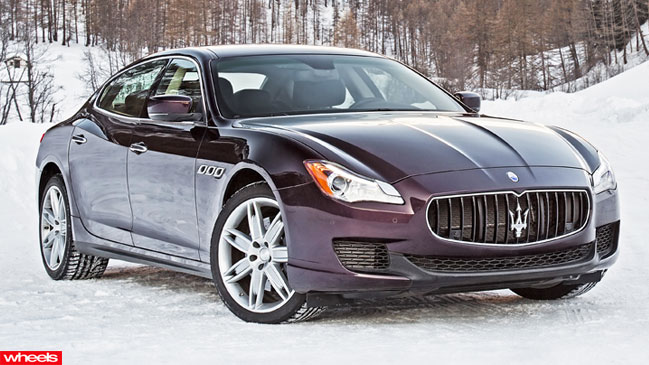 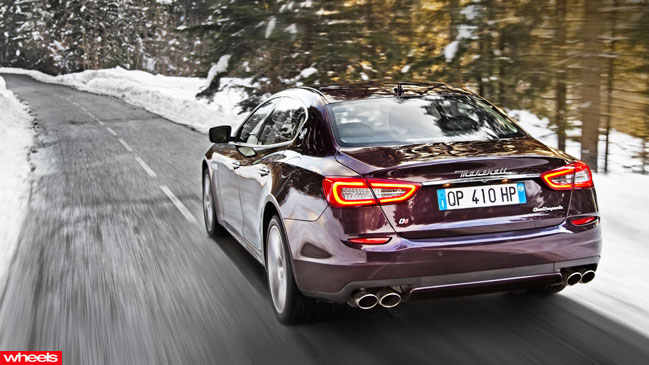 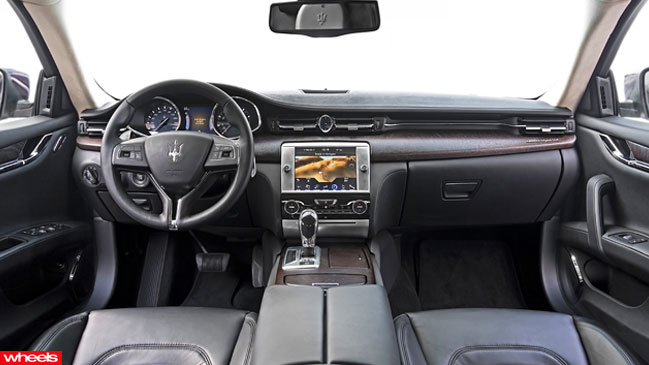