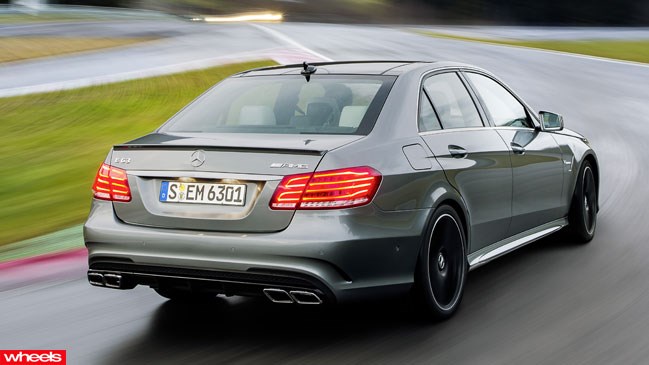 It will surprise no-one that the E63’s mid-life update brings even more power. Especially in America, a crucial market for AMG, power superiority sells cars.

And that’s exactly what the new E63 S delivers.

While 430kW isn’t a crushingly better number than the 412kW of the M5, it is inarguably bigger.

Any pain this is causing deep inside Bavarian lederhosen must be ever so slightly eased by the standard engine in the new E63. While its 410kW maximum represents a 24kW leap to parity with the previous E63 Performance package output, the M5 still has 2kW, or 0.5 percent, more.

The difference between the 410kW, which he confirms is the old Performance package set-up, and the new 430kW S engine is a painstaking one-and-a-half year recalibration of the engine’s electronic controls.

There are changes to spark timing, fuel-injection strategy and combustion control. AMG, he says, now has around 80 engineers working on specific application calibrations like this.

In Europe, and the rest of the left-hand-drive world, the big news with the facelifted E63 AMG is the introduction of all-wheel-drive as the standard drivetrain in the 410kW wagon and anything with the 430kW engine.

With the S engine twisting out 800Nm across a broad rev range, this seems a smart move. But the Mercedes 4matic system’s front differential goes exactly where right-hand drive steering hardware needs to live.

Australia, and other members of the right-hand drive minority, will continue with rear-drive. This is, the AMG people like to point out, a decision made by Mercedes-Benz, not them.

Still, the 430kW S engine will be installed in rear-drive E63 for right-hand markets. It will lack the traction to match the claimed 3.6sec 0-100km/h time of the S 4matic, but could shave a fragment of a second from the 4.1sec of the 410kW rear-driver. Mercedes-Benz Australia could import both 410kW and 430kW rear-drivers, although there is a chance they may decide to bring only the more powerful S.

As well as gaining the suite of ‘Intelligent Drive’ dynamic driver aid and safety tech that’s been added to E-Class the E63 also adopts AMG’s new ‘A-wing’ front-end design, which more clearly than ever sets the car apart from Mercedes’ regular range.

The look may have changed but the driving experience hasn’t. The new E63 is thunderously quick, brilliantly raucous and surprisingly agile for its size.

The AMG-specific linear-ratio steering rack is excellent, and the E63’s big brakes (same for both standard and S spec cars) blend power and precision.

At the international launch in and around Barcelona, both 410kW rear-drive and 430kW 4matic sedans were sampled. Although the latter had obviously superior traction, it was otherwise difficult to pick any great difference between the performance of the two.

The rear-drive 430kW S that will arrive in August, with or without the company of the 410kW version, won’t have this handicap. It promises to be the most excessive E63 Australia has ever seen. Success guaranteed, then… 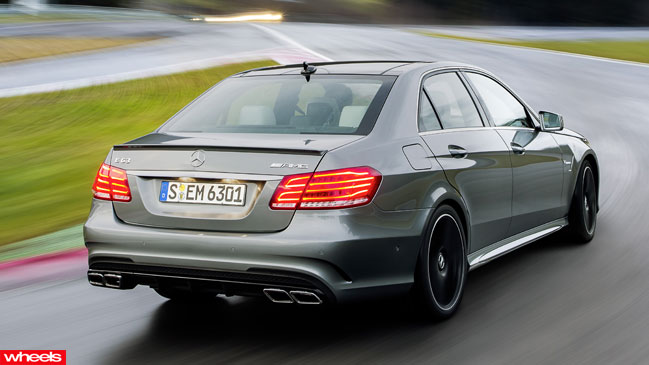 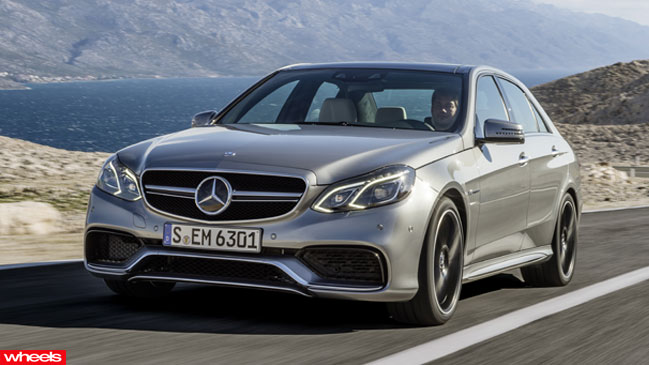 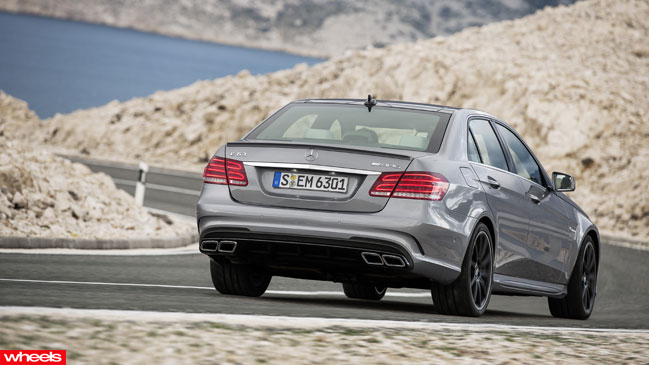 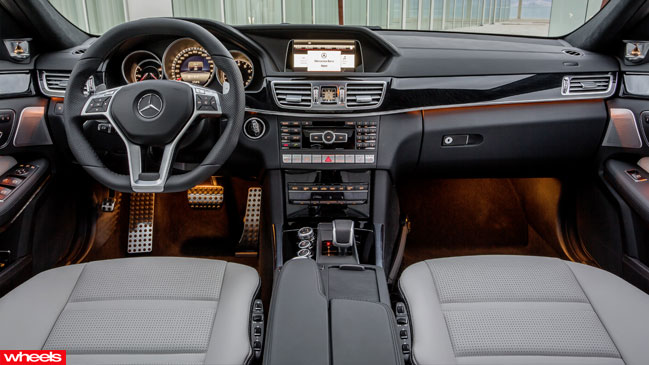