IT WOULD be easy to dismiss the update to Holden’s Colorado-ute-based SUV as largely superficial. Except that would he underselling the substantial changes beneath the skin of a car now known as the Trailblazer.

The basic body of the Trailblazer is unchanged from the Colorado 7 it is a major update of, although a new bonnet, front bumper, headlights and grille create a more aggressive character.

Value is a key part of the equation with the Trailblazer. While obvious competitors might include the Ford Everest, Toyota Fortuner and Mitsubishi Pajero Sport, Holden lists the size and pricing of the Isuzu MU-X as closer to the newcomer and, therefore, its most direct rival. 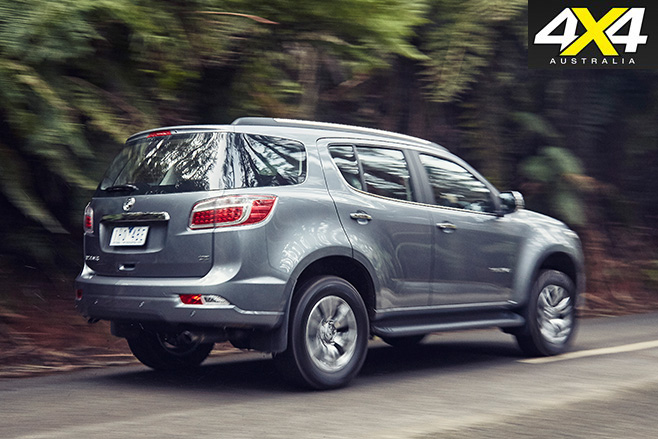 Pricing for the seven-seater starts at $47,990 for the LT, which gets 17-inch alloy wheels, a reversing camera, 7.0-inch touchscreen, a digital radio, and Apple CarPlay/Android Auto connectivity. All come with a six-speed auto.

The step up to the LTZ is $4500 and adds leather trim, an electric driver’s seat, rain-sensing wipers, larger 18-inch alloys and an 8.0-inch touchscreen.

DRIVELINE AND CHASSIS
IT’S BELOW the surface where Holden has made the biggest changes. Developed in line with the recent changes to the Colorado, that meant the Trailblazer benefits from a 100,000km local testing program.

The 2.8-litre four-cylinder turbo-diesel makes the same 147kW and 500Nm, although it’s now cleaner, having had a diesel particulate filter added to meet the Euro 5 emissions standards that apply from November. 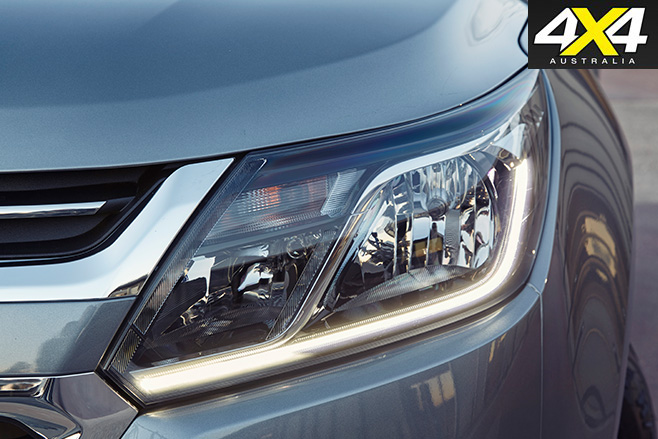 There’s no shortage of muscle, especially torque – and it’s a lot easier to tap in to courtesy of a new torque converter that reduces vibration and locks up sooner. That direct link to the engine accentuates the performance with a lovely effortlessness to its low rev performance. Cruising on a freeway is all torque, with a relaxed 1700rpm engine speed at 110km/h.

Peak power is also decent, but the reality is you’ll rarely need it. Besides, the decisive transmission shifts almost bang on 3600rpm when you’re flat out, so you won’t often hit that peak.

INTERIOR
GETTING in and out initiates an automatic opening of one window to reduce air pressure when closing the doors. It’s all about making it easier to shut the doors, but off-roaders may not appreciate the dust or mud streak it leaves if you’ve been getting down and dirty. It’s fair to say not everyone will be a fan of that feature; it’d be great if it could be disabled through the main vehicle settings.

Elsewhere, it’s all change for the dash of the Trailblazer, which brings a newfound cohesiveness over the Colorado 7’s mishmash. It’s dominated by the touchscreen, which is surrounded by nicely integrated buttons with a logical flow to their positioning. 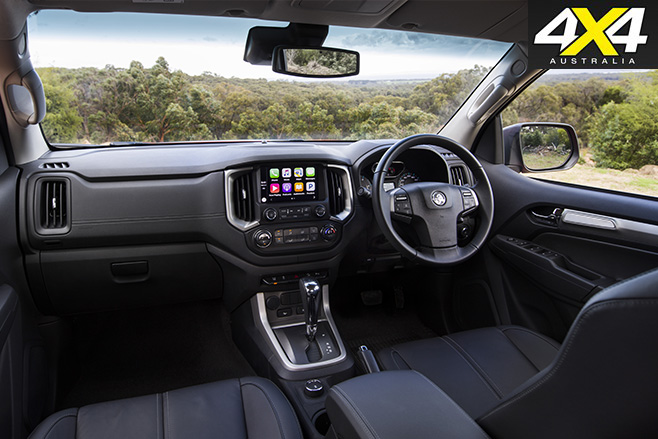 Even the 7.0-inch screen in the LT is large and easy to navigate, with obvious icons and Apple CarPlay and Android Auto as part of the deal. The digital radio is a bonus for when you’re in larger cities, unlocking dozens of extra channels.

The LTZ looks classier thanks to the leather and larger touchscreen, which better fills the hole. It’s a shame the seats don’t have much in the way of under-thigh and lateral support, though, especially given the adventurous nature of the car. However, they’re not uncomfortable. No reach adjustment for the steering compromises the driving position, too.

The middle row of seats is also fixed, so can’t slide fore and aft as it can on many 4x4s. But otherwise there’s decent leg room and enough breadth to the seat for three people.
In the boot the floor is quite high because of the shelf concealing the retractable luggage cover. Those doing a big trip might want to leave them at home in the garage. And, like all seven seaters, there’s not much usable luggage space if all seven seats are in play.

ON-ROAD
ARGUABLY the biggest changes to the Trailblazer are how it goes about its driving business. Put that down to the new shock absorbers and revised steering. Gone is the hydraulic set-up for the steering, and in its place is a new electric assistance system. The ratio, too, has been shortened, so it feels sharper, without being too aggressive so as to upset the high-riding chassis. 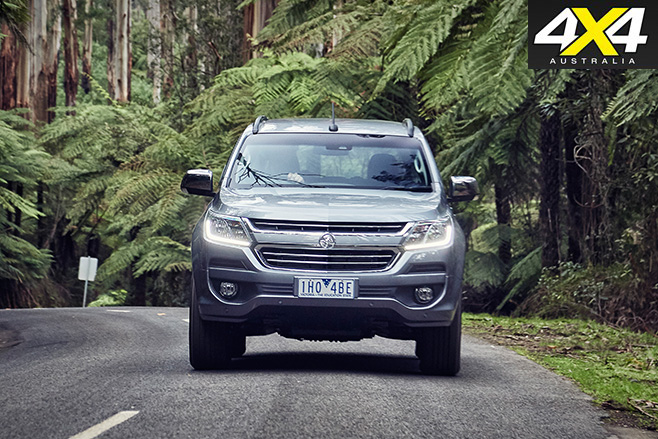 There’s good body control for what is a big truck, and the new Bridgestone Dueler tyres deliver decent cornering grip, adding to the reassurance.

There’s still some rocking-and-rolling if you push on, but the Trailblazer is surprisingly well-behaved. Pitch into a corner and the body will lean, but changing direction can be something of an effort at speed. Brakes, too, have more initial bite courtesy of a larger brake booster.

But it’s the refinement that has had the biggest kick in the right direction thanks to everything from the new torque converter and engine/transmission mounts to reduced wind noise and revised suspension. It’s no luxury car, but the Trailblazer is certainly better set up for long distance touring than any Holden off-roader in years.

OFF-ROAD
NOTHING has changed with the key hardware for the Trailblazer, compared with the Colorado 7. That means a part-time, dual-range four-wheel drive system.

Refinement of the traction control software is said to improve its responses, but our initial drive on a Holden-arranged drive loop involved nothing more challenging than occasionally rough gravel tracks, all done in two-wheel drive. 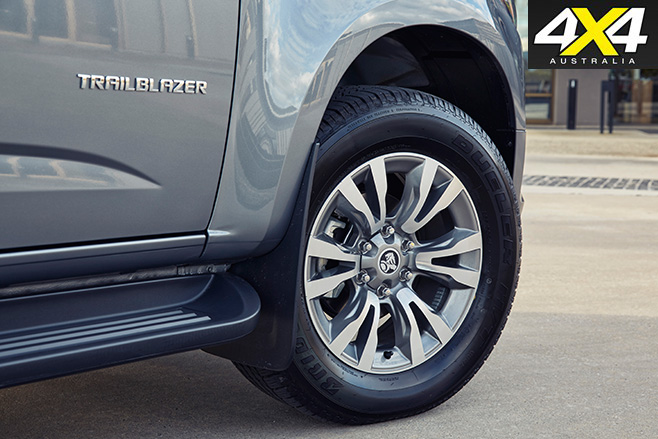 There’s also downhill assist control, which is set by adjusting the speed with throttle and brake pedals, and then leaving the electronics to maintain that speed.

The Trailblazer can wade through 600mm of water and has up to 218mm of ground clearance; the 17-inch tyres on the LT model is 5mm lower, something that marginally impacts the generous approach and departure angles.

The tyre pressure monitoring system of the LTZ is a handy addition for those driving on gravel regularly.

As with the Colorado there’s a maze of accessories available including bullbars, additional underbody protection, all-terrain tyres and a snorkel. 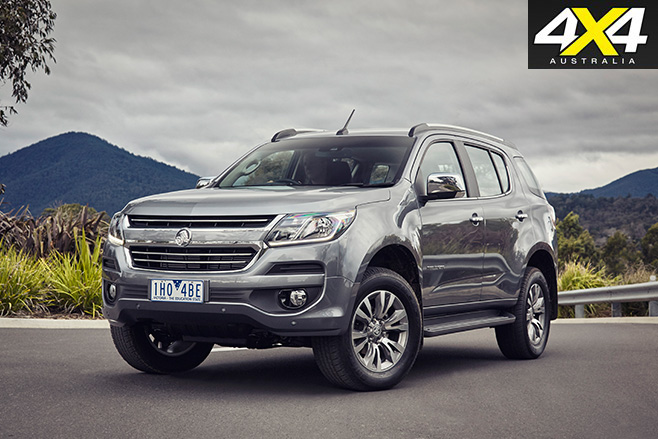 The tow capacity is 3000kg, matching class leaders, and you get the impression the engine won’t hesitate lugging that sort of load. The roof rails are rated at 100kg, too, for those looking for additional carrying capability.

While we haven’t tested the Trailblazer’s off-road mettle, we’re not expecting it to be wildly different to the Colorado 7 it replaces, which translates to good.

That being the case, the new nameplate brings fresh attention to detail and impressive value in a segment with some impressive competitors. For buyers it means Holden is now a more serious challenger in the seven-seat 4x4 space. 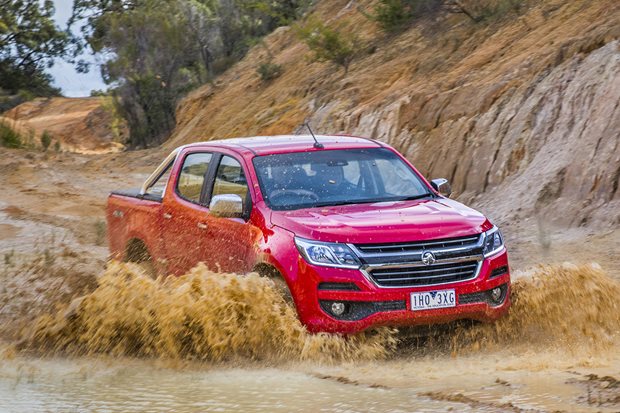 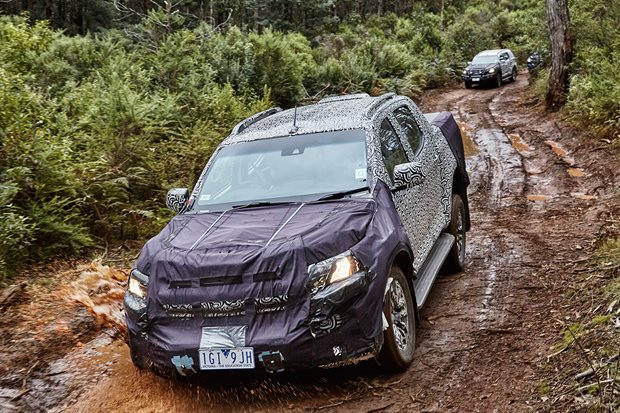 Holden has significantly revised its Colorado ute and wagon siblings for the 2017 model year. We went behind the scenes with Holden’s engineers to take a look at what’s new. 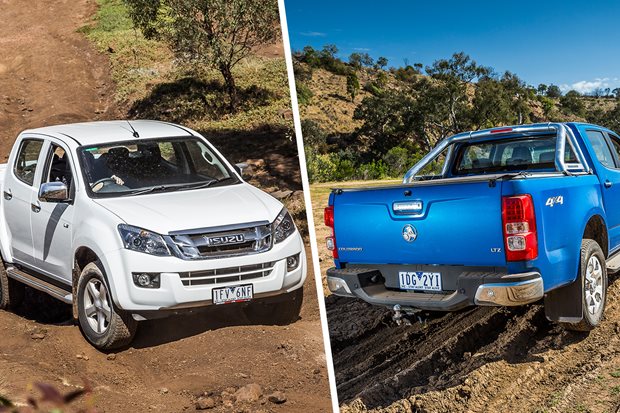