The Skoda Kodiaq marks the Czech brand’s arrival into the hugely popular family SUV realm after a decade of offering sensible station wagons and MPVs in Australia.

It’s available as a turbo petrol all-wheel drive automatic version initially, though a 2.0-litre turbo-diesel will join it later.

WHAT IS IT
The 2017 Skoda Kodiaq 132TSI is a seven-seater SUV, built on the Volkswagen Group MQB component set – it’s like a stretched Tiguan underneath.

The Kodiaq’s single initial specification sees it offered as an 132kW turbo petrol with all-wheel drive and a seven-speed dual-clutch automatic.

A 200mm stretch and a 110mm wheelbase increase, in a wider body make the Kodiaq roomier than its Volkswagen sibling, with a generous second row and a useful third one.

It is positively loaded with convenience, safety and surprise and delight features which makes it seem great value at $42,990.

WHY WE'RE TESTING IT
The Kodiaq will be on the radar of open-minded SUV buyers in the medium and large classes – based on the former (in the shape of the Tiguan), sitting in between them on price, with much of the interior space of the latter. SUVs are finally getting good to drive, and the Kodiaq’s five-seater Volkswagen counterpart is among the best of the breed. A Wheels test just before the Kodiaq’s Australian launch and arrival on sale provided the opportunity to see if the Skoda has the skill set to lure SUV buyers away from the usual suspects. 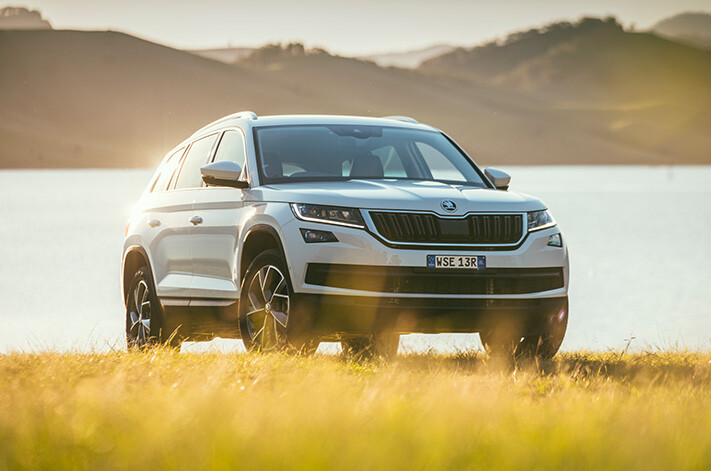 THE WHEELS VERDICT
The Skoda Kodiaq is a roomy, refined, reasonably dynamic seven-seater SUV with masses of standard equipment and a five-year warranty, for an alluring $42,990 price. 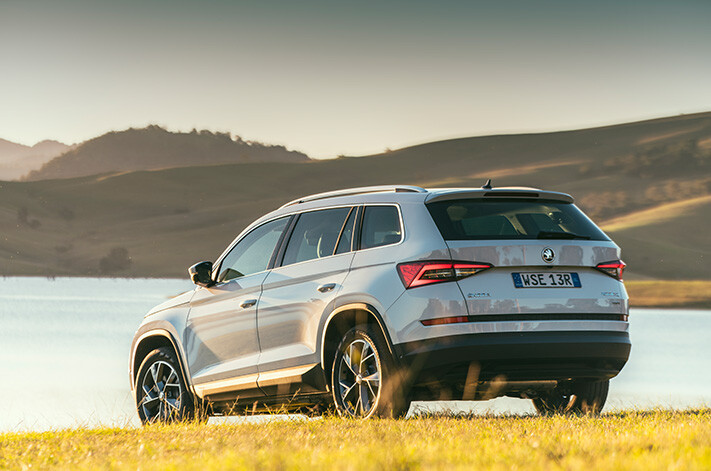 THE WHEELS REVIEW
STEVE Jobs made a solid case for the thinking that people don’t know what they want until its shown to them, while the average order at Subway suggests that choice shouldn’t be left to the consumer (Erm, teriyaki chicken, ranch sauce, swiss cheese, carrot and jalapenos... Oookay then).

So massive respect, Skoda, for past attempts at giving the average family the vehicle they need, rather than the one they’re asking for in increasing numbers. Mr Jobs has a high five he’d like to deliver from the grave.

Starting with the brilliantly versatile Roomster in 2007 and continuing with the Fabia and Octavia wagons, and baby SUV/MPV the Yeti, the Czech brand has always known that people need, well, the qualities the Roomster offered a decade ago.

But people want family SUVs and Skoda has just sorted that glaring gap in its range with the Kodiaq. 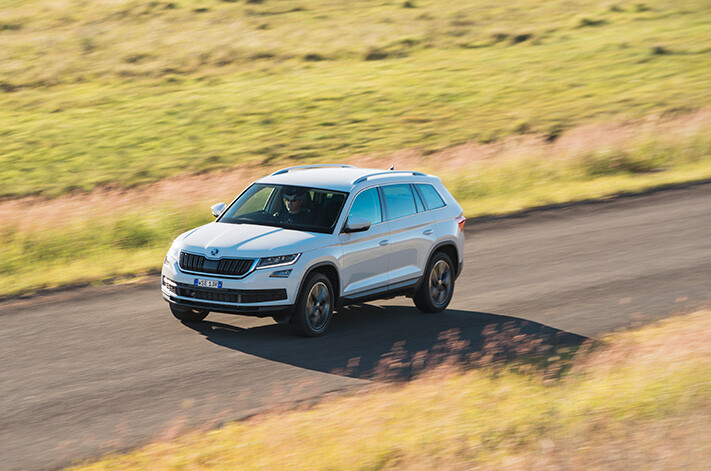 Offered as a 132TSI DSG AWD only, initially, the Kodiaq is built on Volkswagen MQB components – think stretched Tiguan. In Skoda tradition, this sees it provide more room than a medium SUV at a lower price than a large one.

The Skoda is about 200mm longer and 43mm wider than its Volkswagen sibling, with a 110mm-longer wheelbase.

The driver’s door thud, comfy driving position, and shove somewhere between a base and a warm hatch provide positive initial impressions. The turbo petrol 2.0 delivers 320Nm from 1400rpm, 132kW from the midrange, and slick refinement hauling the 1677kg wagon via a crisp-shifting seven-speed dual-clutch auto. The cabin gilds a plain dash and door trims and generic switchgear with neatly stitched Alcantara/leather, a glass 8in multimedia screen and enough brightwork and piano black to create some class. With the overflow of convenience, safety and surprise and delight, it amounts to a persuasive package. Good grip, neutral to subtly pushy balance and a firmly decent ride form the dynamic backbone. The steering, while not Ford Escape-precise or connected, is better in normal mode than the artificially resistive sport.

Yet the various modes’ damper calibrations are just right. Sport tautens the damping a fair bit for enthusiastic spurts, while comfort slackens it noticeably to provide a calmer primary ride than normal, which makes a good fist of anything from cruising to carving, leaving only the big, 235/50-shod 19s and their jiggly effect on non-smooth roads. Inside, it’s an oasis. At traffic lights, with the engine start-stopped, the air-con fan is easily heard on low, over the hushed rush of traffic. The Kodiaq is just as adept at shutting out its own tyre, wind and engine noise.

It’s a pretty polished drive, then, and the Kodiaq’s practicality and huge value seal its appeal.

We get that the Roomster was not a cool-looking car, which is no doubt why they didn’t sell like iPods. But much respect for it, all the same, as well as continuing kudos for Octavia RS wagon that serves the enlightened dad.

But an SUV that gives families what they want and what they need? That should be impossible to ignore.