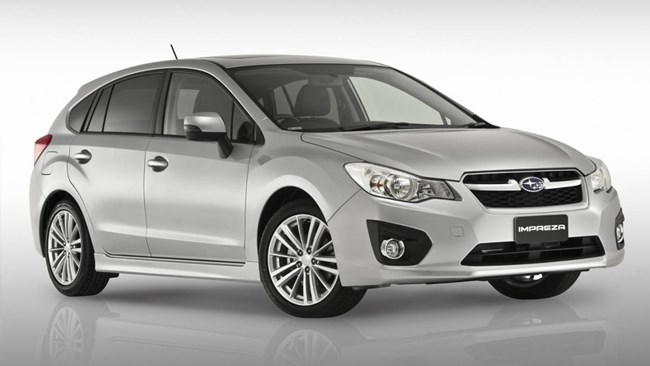 IT’S ALMOST an expectation that controversy will follow the tail (or nose) of a new Subaru Impreza.

IT’S ALMOST an expectation that controversy will follow the tail (or nose) of a new Subaru Impreza. After the curtain dropped on each of the last two generations, questions were asked about the brand’s styling direction and the dynamic downgrade between the models. ‘A face you’ll never forget’ was the branding given to the bug-eye Impreza of 2000. ‘Shock! New Impreza: what have they done?’ shouted our May 2007 coverline of the seemingly Korean-inspired third generation.

Yet there’s little shock or debate among journalists when the covers came off this fifth generation Impreza at its international launch in Tokyo. Under shiny studio lights, the new Impreza clearly isn’t as ugly as its predecessor(s) but nor is it as appealing as, say, a recent Kia offering. There are quiet nods of approval after sampling the cabin’s soft-touch plastics and improved rear-seat room. Safety equipment is up – a driver’s knee airbag is standard – and the range is a whole lot greener, with a new boxer four and start-stop tech helping to reduce consumption to just 6.8L/100km combined.

Subaru has played it safe with this Impreza, unsurprising since the company is desperate to catch the class benchmarks. Deputy Product Planning Manager, Kazuhiro Abe, concedes that the outgoing Impreza is a dynamic disappointment, a retrograde step from the model before it. Apparently, forcing engineers to prioritise refinement and ride comfort resulted in the inferior handling. For new Impreza, sharper steering and less bodyroll without ride comfort compromises was the brief, the Volkswagen Golf the clear benchmark (openly confirmed by Kazuhiro-san and the two Golfs we spotted at Subaru’s Tochigi proving ground).

Although Subaru is keen to improve the Impreza’s dynamics, the company also understands that the regular variants must be quietly conservative to achieve mass appeal. Enthusiasts won’t regard the outgoing model as a great car, but it was the most successful, averaging 1005 sales a month in Australia, compared with 518 for ol’ bug eyes. Corolla-copies clearly sell well.

The lift in cabin quality is appreciable; about par with a Mazda 3 but adrift of the class-leading Golf. Where the Impreza trumps both rivals is with cabin space. Both Impreza and Mazda 3 sedans share identical length, however the Sube – with a 25mm stretched wheelbase over the last model, and now 5mm up on the Mazda – is roomier in every direction. My head brushed the ceiling in the rear of the 3 SP20 sedan tested this issue (see p66), my toes jammed under the front seat. I could’ve donned a Panama hat and slipped on a pair of Ugg boots in the back of the Impreza, and still had space to spare.

Like the Skyactiv-engined Mazda, the Impreza’s brand-new FB flat-four proves (at least on paper) that downsizing-plus-turbo isn’t the only way to reduce consumption. According to Subaru, the new engine is responsible for five of the 20 percent economy improvement over the old model, with the CVT (five percent), stop-start (ditto), aero mods (three percent) and electric steering (two percent) the other contributors. Rated at 6.8L/100km (CVT) or 7.1L/100km (six-speed manual), the all-drive Impreza comes close to matching the front-drive 3 SP20 (6.1L/100km) and DSG-equipped Golf 90TSI (6.2L/100km).

Where it can’t match its rivals is with performance. The CVT is slow to wind up, the engine painfully thrashy at high revs. A generally sluggish duo overall, the 10.7sec 0-100km/h claim leaves Impreza as the slowest in its class. A 2.0-litre turbo-diesel is available overseas, however Subaru Oz says the oiler is unlikely because the petrol engine is now so frugal.

Speed-limited laps of the 1.7km handling circuit at the proving ground weren’t enough to make a definitive handling assessment, however both steering and ride seem improved. Subaru’s first electric-assisted steering system is decent; light and linear but without much on-centre feel. The suspension feels more disciplined than the previous model, falling somewhere between 3’s firmness and Golf’s plushness. The circuit’s randomly-placed manhole covers and lumpy imperfections were dispatched with neither impact harshness nor wallow.

On the ‘speed’ bowl (limited to 130km/h) the new Impreza seemed noisier than the previous model. Engine refinement is improved – at 120km/h the CVT allows the engine to spin at 2200rpm – perhaps exacerbating the tyre roar and wind rustle around the door mirrors.

When the Impreza lands here in February it will be better equipped – cruise and climate control are standard on 2.0i; a sunroof and rear-view camera are added to the mid-spec 2.0i-L; and leather and xenons on the 2.0i-S – for around the same money as the existing variants. That’s an accurate reflection of this safe-playing new Impreza as a whole: improved value, less offensive to look at, moderately better to drive. For shock, and hopefully awe not horror, we’ll have to wait till 2013 for the WRX and STi. 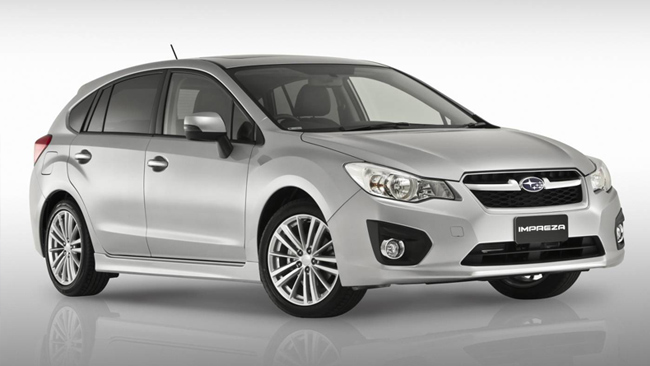 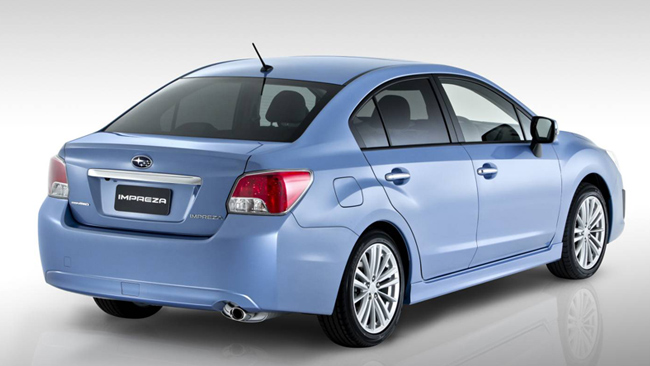 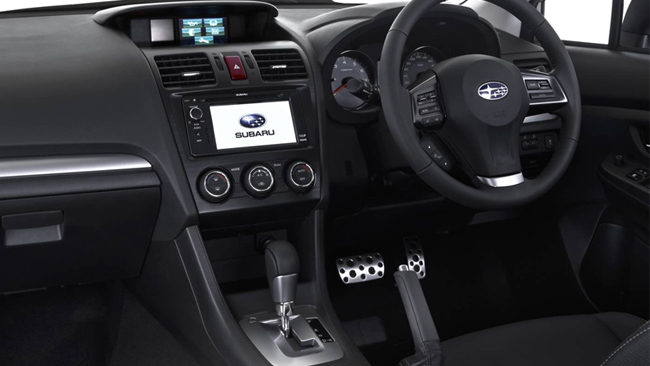