Finally, some good news from Volkswagen

Wolfsburg is a dreary city, even in summer, but in the wake of the Dieselgate scandal it looks bleaker than ever.

That’s all forgotten when you’re behind the wheel of the new Golf GTI Clubsport, however, an oddball alternative for those who prefer two-wheel drive and high-school styling. 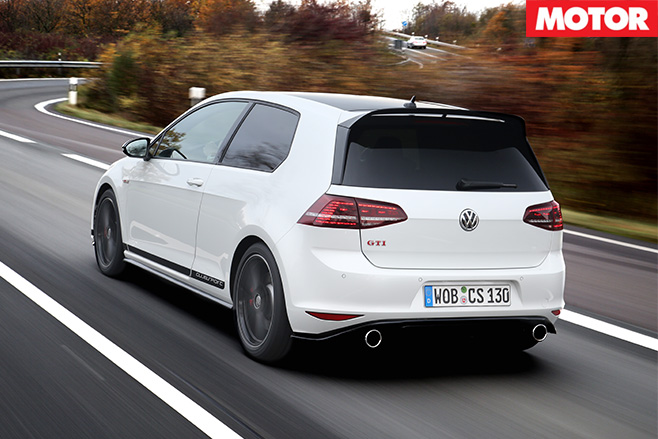 From February 2016, the new GTI Clubsport (5.9sec and 248km/h) will park between the Performance and the Golf R. The front-drive newcomer loses eight-tenths to the 206kW all-paw mega-Golf, but don’t be fooled by numbers. The Clubsport is a very different animal – it’s rawer, sharper and wilder.

The new GTI’s 2.0-litre petrol four-banger delivers 195kW and 350Nm. Not enough? Stick the selector in Sport and mash the throttle from third to sixth gear for an instant 20kW and 30Nm powershot, putting the Clubsport within range of the Golf R.

That’s the upside. The downside is that the extra grunt lasts just 10 seconds. Another 10 seconds allows the turbocharger to recover, and repeating the process serves another kick in the butt. 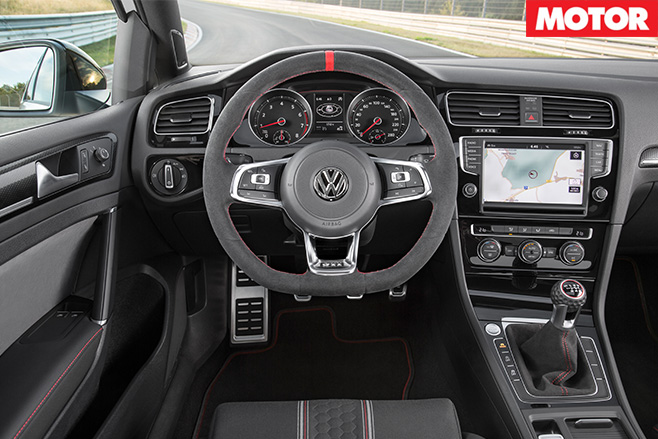 Unlike the Golf R, which is composed, competent and grown up, the Clubsport is a bag of hornets. With ESP active, fun is limited to straight-line surges, but with stability control switched off, this car has its boxing gloves on before you can say “hold on a sec”, standard e-diff notwithstanding.

This uber-Golf is neither a tweaked Peugeot 205 GTI, a meaner Renault Megane RS nor a fiercer Ford Focus ST. Instead, the Clubsport takes the art of lift-off oversteer to a more skilful, contained level. This car isn’t about overt hooliganism, but it will captivate sporty drivers because it rewards accuracy.

Six-speed manual or seven-speed DSG? If you’re a purist, it’ll likely be the DIY manual ’box, though the clutch-hoof may need some practice. First gear is aggressively short, second and third gears are spot on, and sixth has ‘overdrive’ etched across its cogs. Launch control is entirely foot-operated with the manual, whereas the DSG model has a hoon-assist function which doubles overboost to 20 seconds. 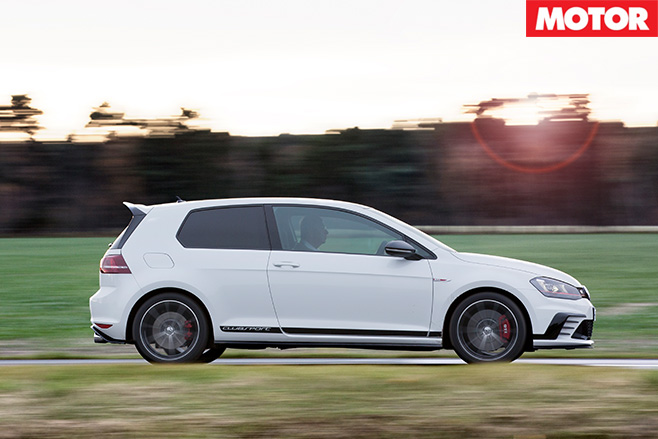 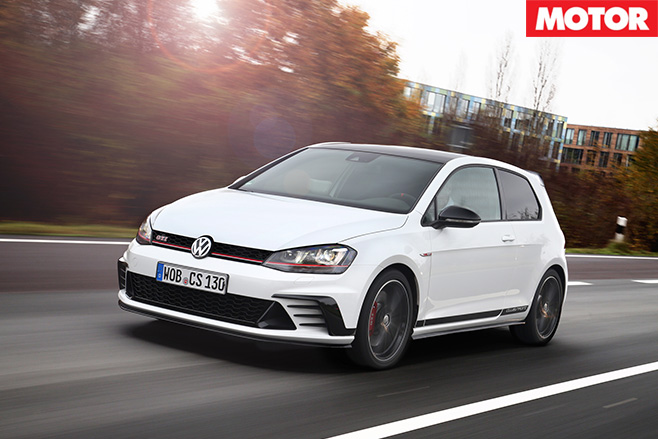 Unlike previous go-go Golfs, it can be ordered “while stocks last” – VW-speak for “production ends when the facelifted Golf gets into gear”. Let’s hope that by then, VW will have untwisted its knickers. Unlike the R&D black sheep responsible for Defeat-gate, Wolfsburg and Volkwagen’s workers deserve another suck of the sauce bottle.

What are the chances of owning one in the lucky country? Well, supply will be limited, but the GTI Clubsport lands here about mid-year called the 'GTI 40 Years' to avoid HSV getting upset. Bank on a $50K price tag. 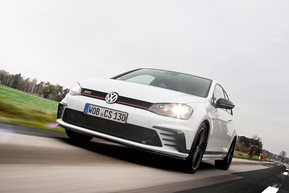