We’ve witnessed significant influxes of new enthusiasts to the collectible car hobby in recent years, and it’s not the traditional chrome-bumpered classics of yesteryear that they’re after.

As younger demographics grow into the means of buying into the joys of owning a recreational vehicle, it’s the increasingly young machines of the 1980s and 90s that are the subject of their nostalgia.

Even in a pandemic-plagued 2020, we’re witnessing quite significant increased demand across the board.

This is being seen quite dramatically-so in the late-model Japanese segment, in particular for hero vehicles like the Nissan Skyline R34 GT-R.

The European sector may arguably offer more bang-for-buck; however, many models – like BMW’s E30-generation 3-series - are starting to move.

For the ‘youngtimers’ out there looking to buy a possible modern classic of their own, here’s five we’ve picked out of the Unique Cars classifieds, for under $20,000. 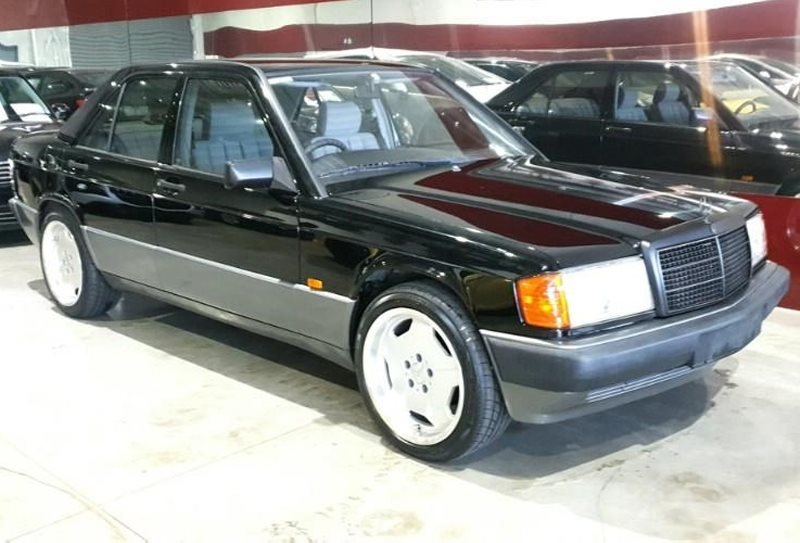 Like how the Australian Falcon GT-HO or Torana XU-1 is lusted after for their Bathurst-winning credentials, for many younger generations out there it’s the participants in 80s and 90s global touring cars that are the holy grails of aspirational ownership.

But while a DTM-homologated 190E Mercedes-Cosworth Evo is worth many hundreds of thousands of dollars, this humble 180E at least affords you the same silhouette at a fraction of the cost.

This one is fitted with a 1.8lt inline-four and is optioned with an automatic transmission.

Supported by comprehensive service history and a notoriously durable reputation, this 180E makes for what could be an awesome weekend runabout, or even a daily driver if you were so inclined. 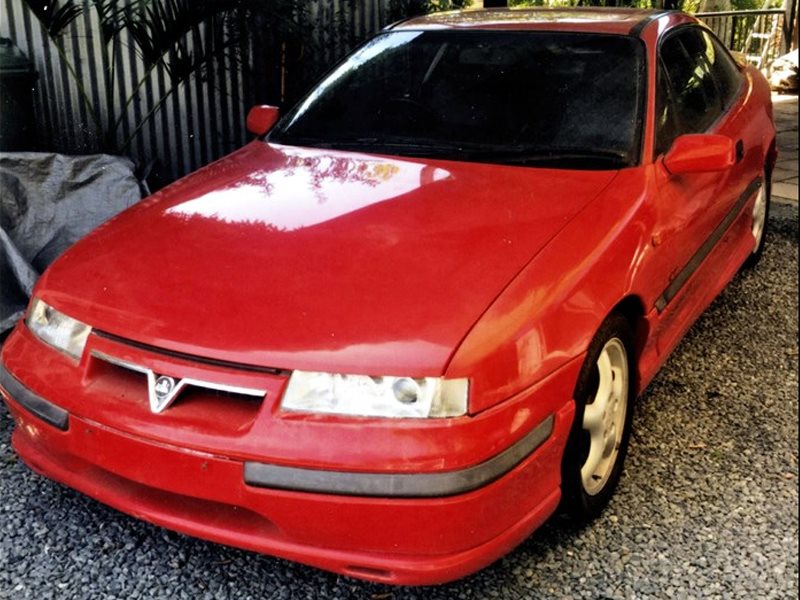 Wow! When was the last time you saw one of these? Sold by Holden as a European Opel-sourced front-wheel-drive coupe, the Calibra does bear a local connection given that many of the GM Family II engines were produced here originally.

We still think they didn’t quite get the credit they deserved.

There were some packaging quirks, however. If you opted for the automatic gearbox, you were left with a detuned two-valve motor good for just 85kW.

The five-speed manual version was treated to a DOHC four-valve motor with a much more spritely 110kW.

The turbo versions, however, found favour with many modifiers in the 1990s who enjoyed feeding these cars more boost until the gearboxes invariably blew up.

Thankfully this one looks to be in quite original condition and is said to have travelled 115,600kms in its life. Oh, and a spare gearbox is included in the sale! 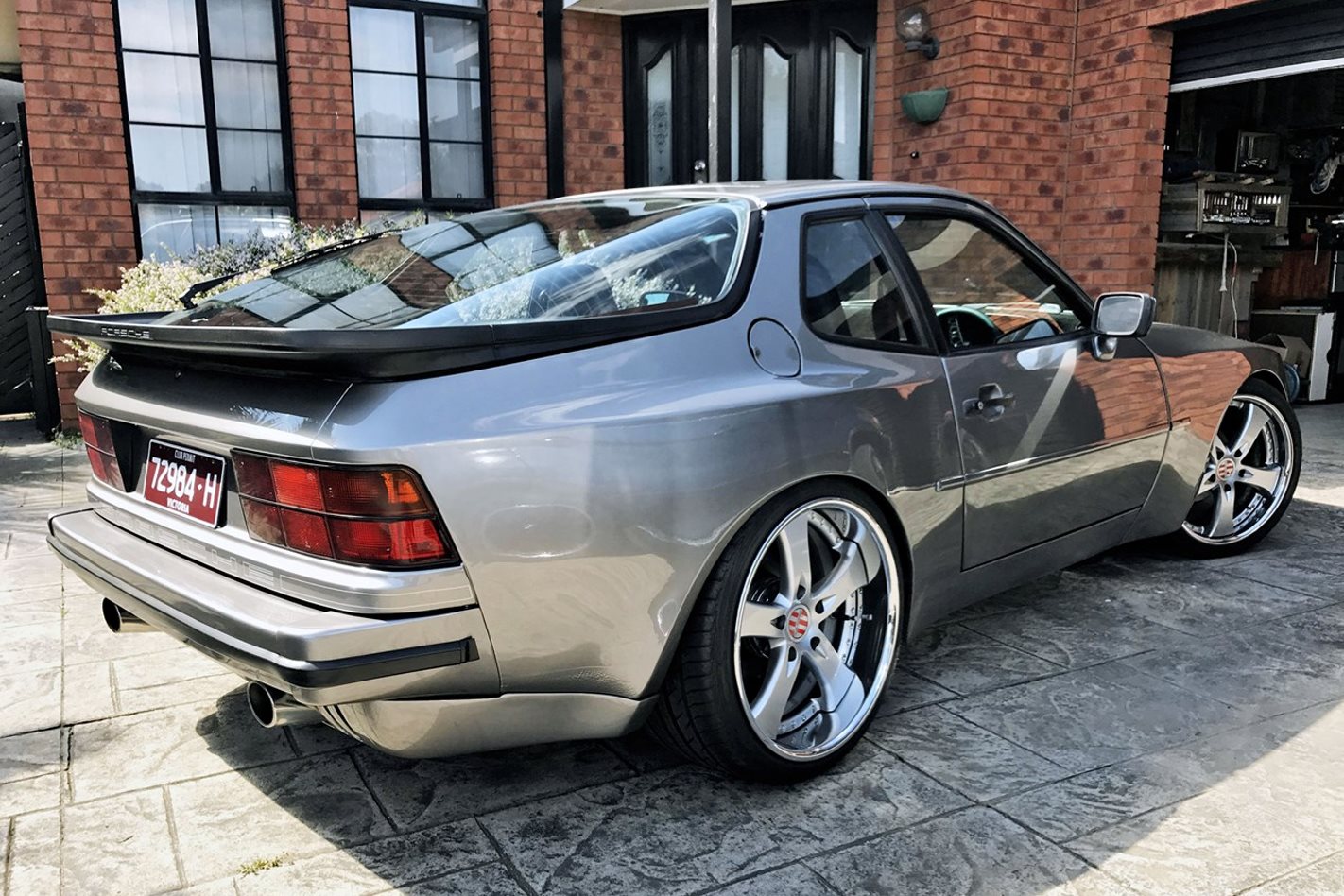 Porsche’s front-engined coupes were long relegated to the fringes of Stuttgart shield desirability; positioned as the marque’s entry-level offering and viewed, once upon a time, by collectors who believed that owning a Porsche with the engine at the front simply meant that you couldn’t afford a 911.

But now no one can afford a Porsche 911.

After the air-cooled Porsche boom of around six years ago, the ‘entry-level’ range of front-engined two-doors now represents one of the last bastions of affordable entry into the brand.

This one comes well-equipped with an automatic gearbox, leather trim, sunroof and power windows, and is described by the seller to be in ‘mint condition’.

Upon visual inspection, there do seem to be some easily reversible modifications, with an aftermarket steering wheel fitted and some carbon fibre-look vinyl wrap on some of the interior trim.

Photos attached to the full listing show a set of original Porsche wheels and the original steering wheel, too, so we assume the new owner will be able to return the car to factory with minimal effort.

View the 944’s listing in full at UniqueCars 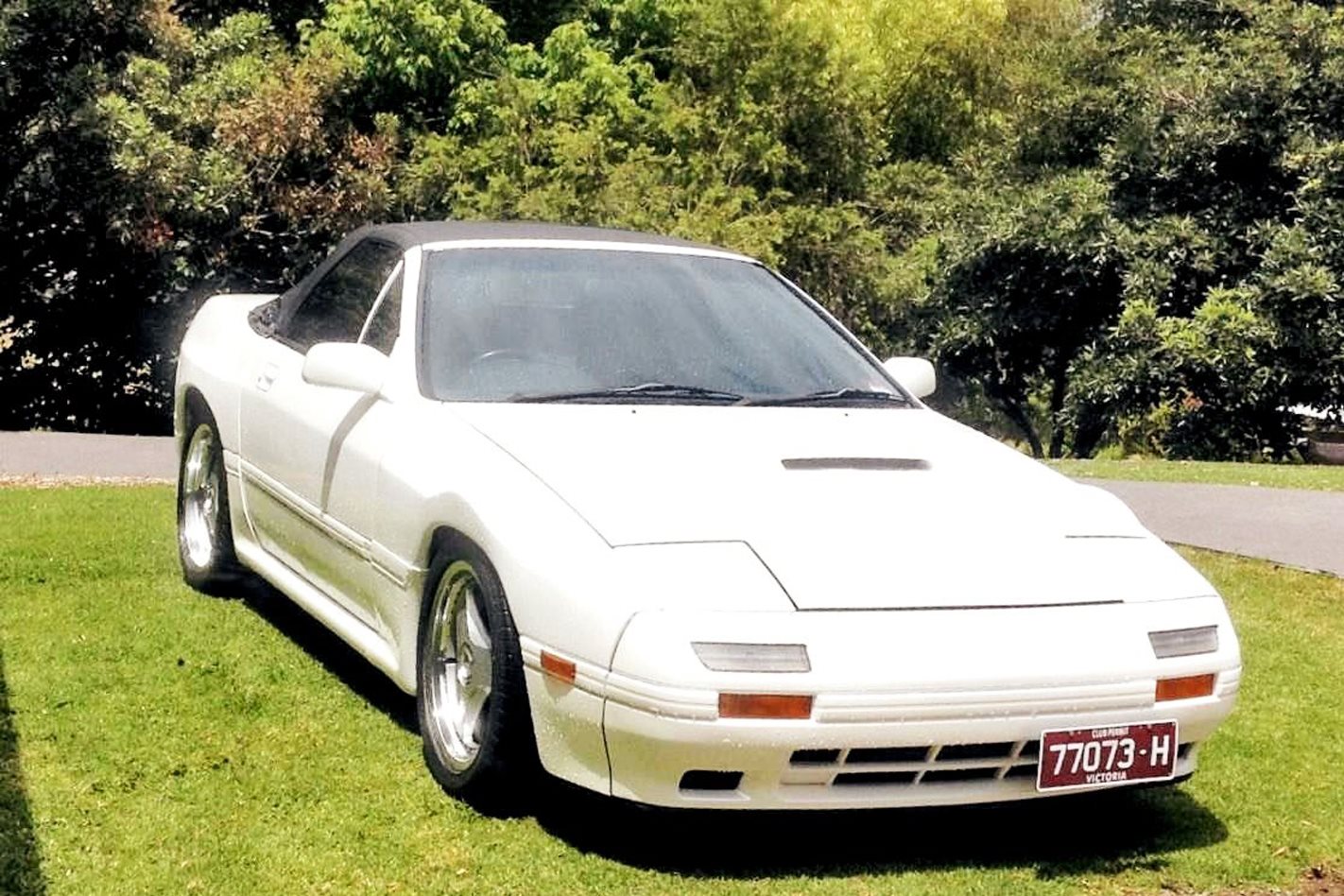 For those outside of the community, the amount of money traded hands for early examples of the Mazda rotary car are simply extraordinary, while generations of younger enthusiasts continue to fuel the popularity of the Fast and the Furious-immortalised FD-generation RX-7 coupe.

We are of the opinion that the second FC-generation of RX-7 remains underrated amongst its contemporaries.

The second-generation RX-7 was a generational leap with new multi-link suspension and disc brakes at all four corners. Wheelbase and overall body dimensions were virtually unchanged from the preceding generation, and yet the whole car was 10kgs lighter.

While they were sold locally in an official capacity, Mazda Australia never brought in the turbocharged soft-top model, opting instead for the naturally-aspirated version due to costs.

This one, however, is an unusual Japanese-spec turbocharged variant which is good for about 146kW - or about 32 percent more than our native cars.

While the automatic gearbox may dissuade some diehard Japanese sporting enthusiasts, the RX-7 looks to be in tremendous surviving condition with just 65,364kms indicated. 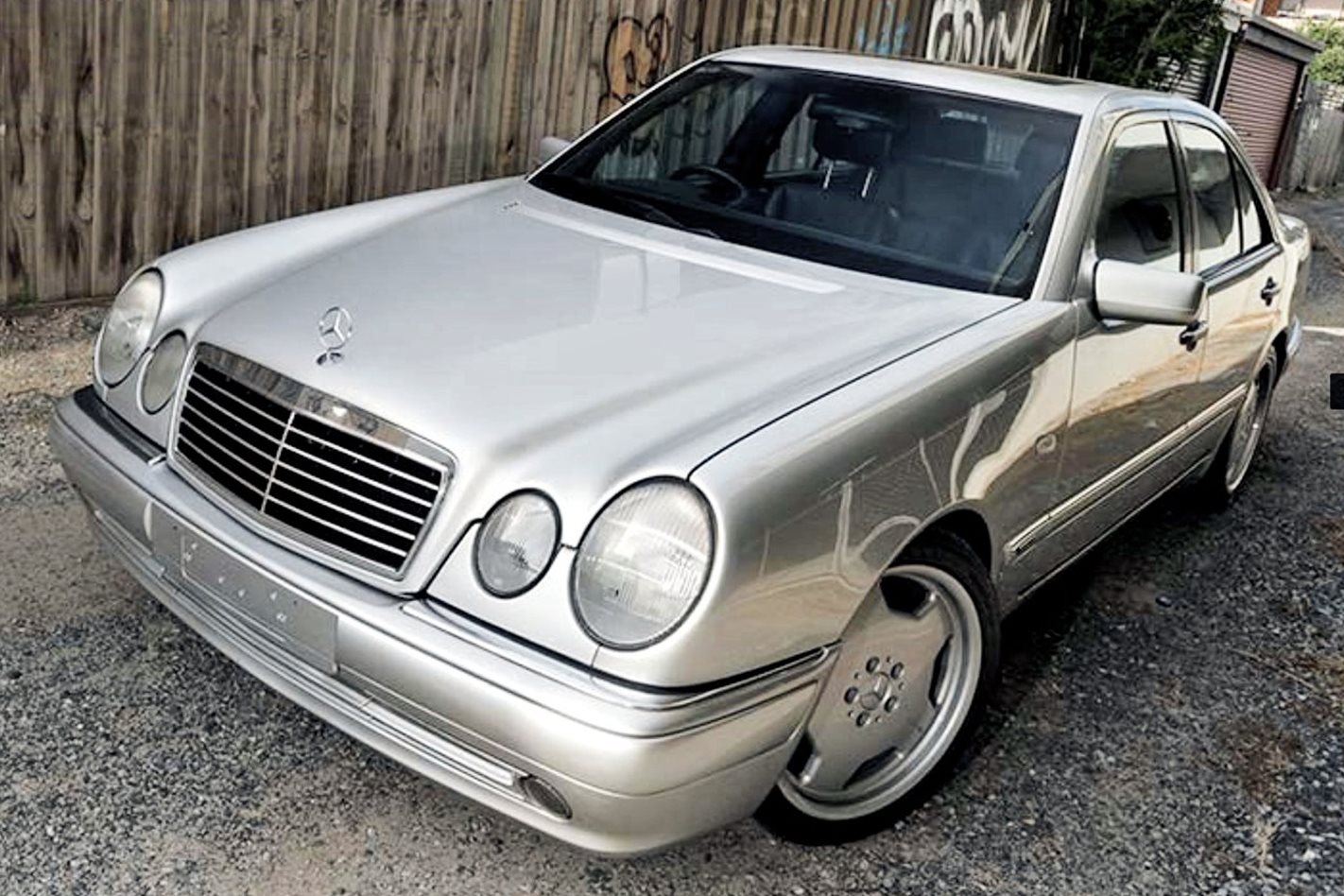 There is perhaps no car that archetypes the very notion of the ‘modern classic’ better than early AMG examples.

And we’re talking AMG cars built, by hand, before the company was purchased by Daimler-Benz, of which this car is one!

Representing one of just 400 produced worldwide, and one of 49 sold in Australia, this 1997 W210-based E36 AMG represents one of the rarer models of this era.

Its engine was based on the pedestrian 2.8lt M104 inline-six, but was bored and stroked to 3.6lt and made a 911-rivalling (for the time) 206kW with the addition of forged pistons, modified intake and exhaust systems, and a re-tuned engine management system.

This example said to be in beautiful running condition and shows 177,000km travelled.

The registration expired in June, however, and the seller states that the price reflects the need to register and “attend to minor bodywork”.

While the E36 only just slips into our price bracket, depending on what is needed for roadworthy and registration – and whatever ‘bodywork’ the seller speaks of – this may actually be the best buy here.

View the E36 AMG’s listing in full at UniqueCars

Have a car to sell? Click here to advertise it for free in Unique Cars Magazine and tradeuniquecars.com.au! 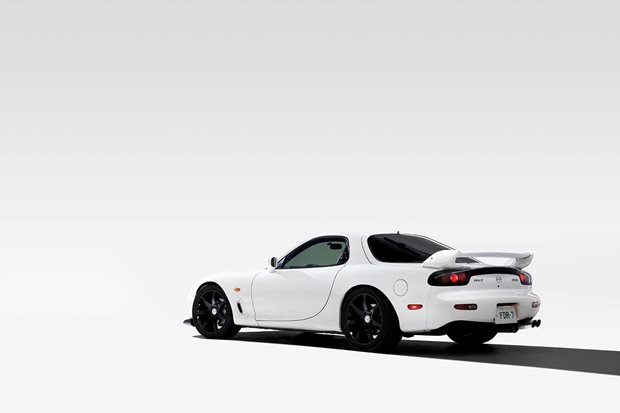