Ever since the last VFII Commodore SS-V Redline rolled off the Elizabeth plant production line, closing the book on Australia’s once-colourful manufacturing industry; homegrown classic cars have been surging in value and remain one of the most active sectors within the collectible community.

Cars which were treated with apathy and neglect only a few years ago have now reached values many past owners could never have imagined, and the big-ticket hero cars which were nigh on impossible to sell in decades past now frequently reach telephone-number prices at auction.

But what is still out there for the everyday enthusiast who want to own their own piece of classic Australiana, or just to recapture a bit of nostalgia?

Here are five Australian classic cars that you can find on the market right now, for less than a new Mazda 3. 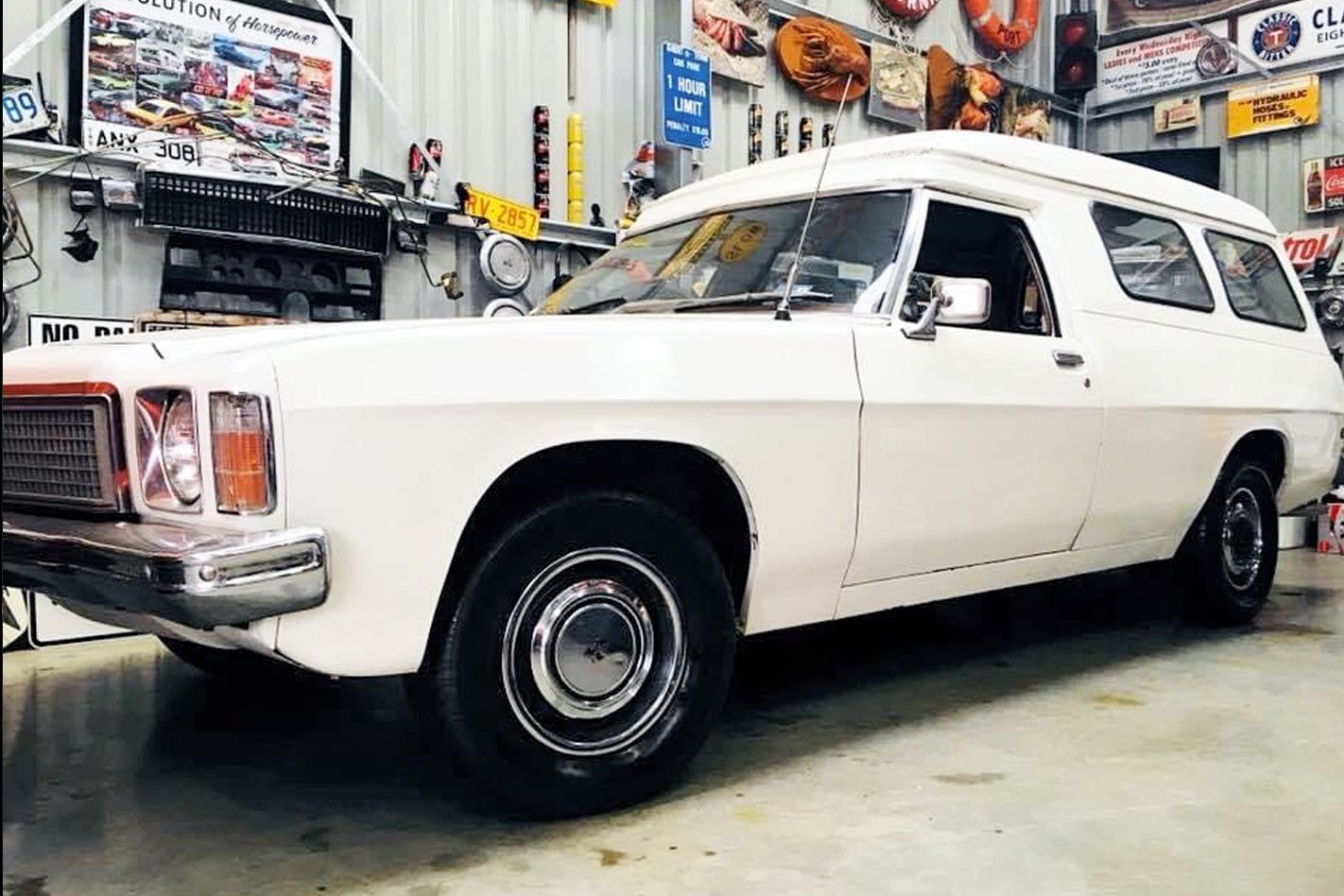 Surf, sand and… serenity by the beach is what you could be enjoying with this icon of 70s surf culture. Panel vans and utilities are hot property for collectors thanks to their utilitarian nature and youthful charm.

They are quite rare to find though as many of them lived full lives as workhorses, carrying ladders, tools and paint tins before they were unceremoniously left at the tip – or in rural paddock.

READ NEXT: 1972 Holden HQ Kingswood road test - To Bourke and Back

This example is the HZ-series of 1977-1980, which brought with it the transformative 'Radial Tuned Suspension'; and is described as being in ‘very good original condition’. It retains its original 202ci (3.3lt) inline-six matched to a column-shift automatic.

Said to be in running condition, this is one of the most affordable ways into a desirable panel van.

View the Kingswood’s listing in full at UniqueCars 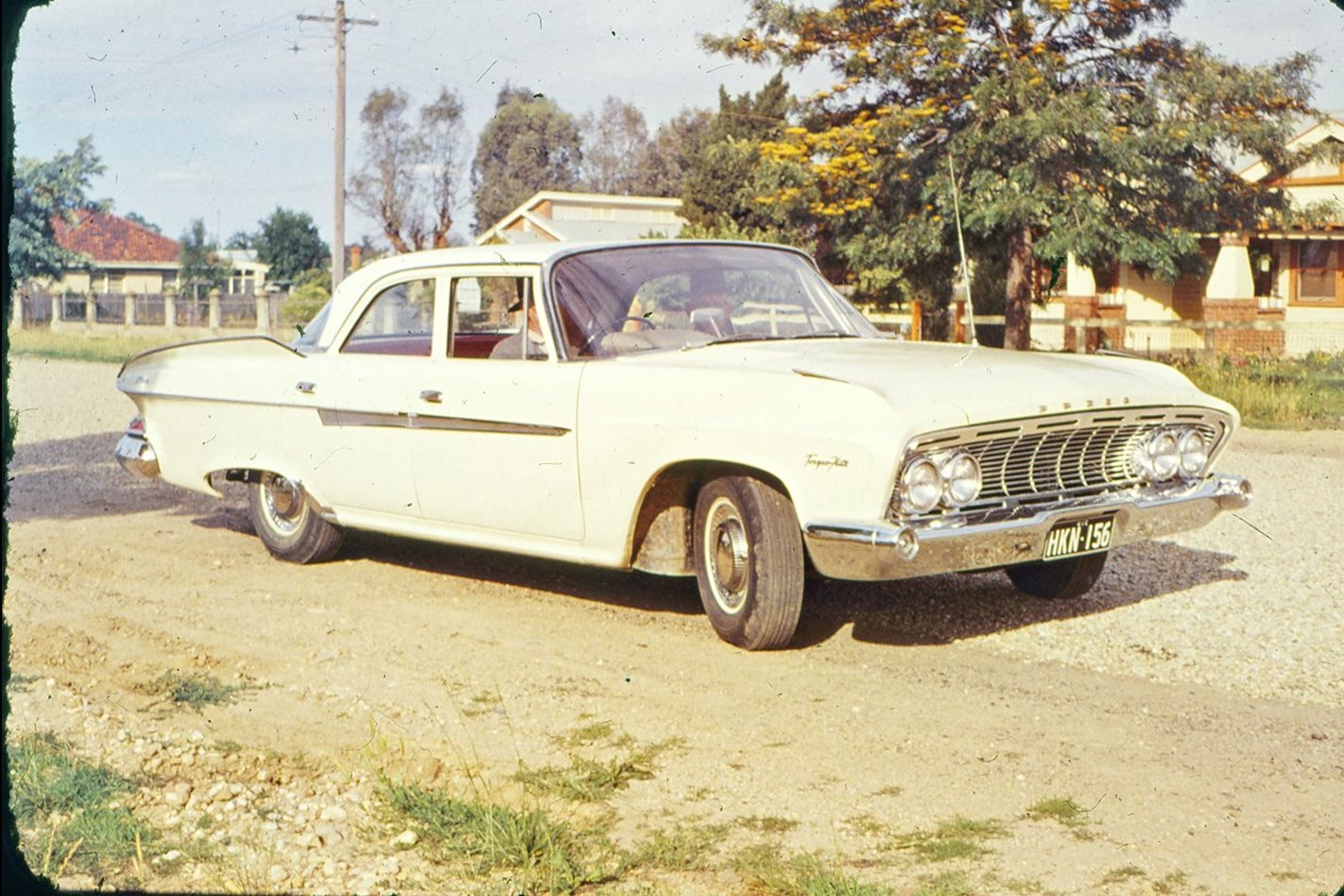 If you looked at the collecting community’s fanfare for the quintessential Holden or Ford, you’d easily be remiss to the fact that Australian factories once pumped out cars bearing badges from all over the world. In the late 50s and early 60s especially, the Aussie market had a healthy appetite for big American cruisers.

Foreign companies were rewarded with tax break for local assembly, and even more so if the CKD (complete knock-down) kits were imported from Commonwealth nations. Subsequently, the Dodge Phoenix we got in 1960 was distinctly Australian-ised; based actually on the Dodge Dart, with kits imported from Canada, and partly using components from Plymouth.

It’s an oft-forgotten piece of local manufacture history, and offers a cheaper buy-in than the usual early Commodore and Falcon. This Aussie-assembled Phoenix seems to be a bit of a time-capsule, having been kept in the same family since new. The car has been in storage for years in rural NSW and unfortunately the sellers are not able to access the car currently due to Covid-19 travel restrictions for up to date photos. They do indicate, however, that the car is original to the condition presented in the photo. We assume it to be intact and complete although likely needing some mechanical refurbishment.

View the Phoenix’s listing in full at UniqueCars 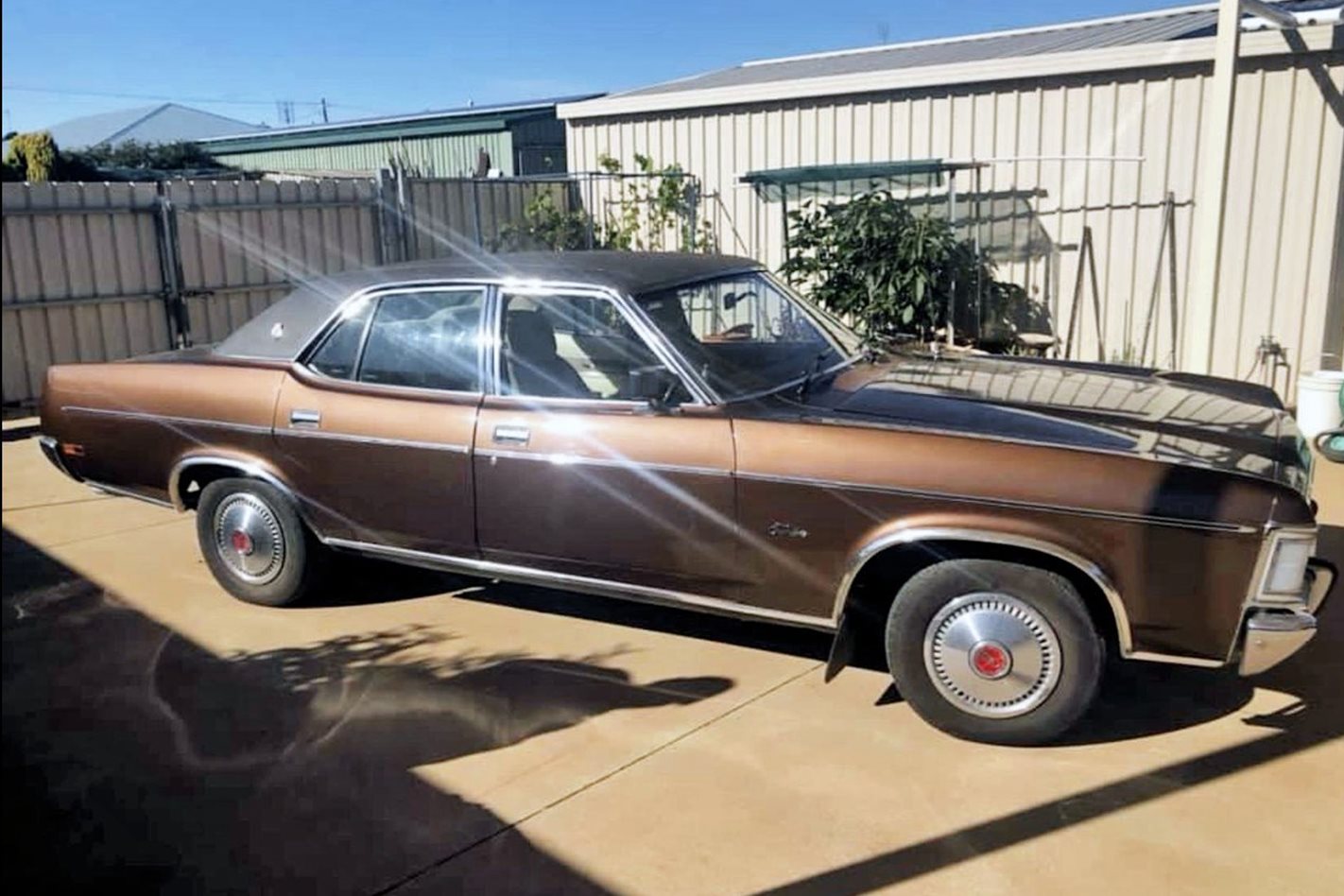 Ford’s ZH Fairlane was based on the XC Falcon’s midsection with generous amounts of metal added fore and aft. It’s blocky bold design was influenced by the US design of the period, which measured a car’s level of luxury by its size.

This one presents in top-spec Marquis trim and looks to be very original. The listing describes it to be a rust-free example and looks to be free of noticeable or significant blemishes to exterior and interior.

It’s fitted with the basic 4.9lt V8, has covered 247,000kms in its life and is fitted with a dual fuel system and twin exhaust. 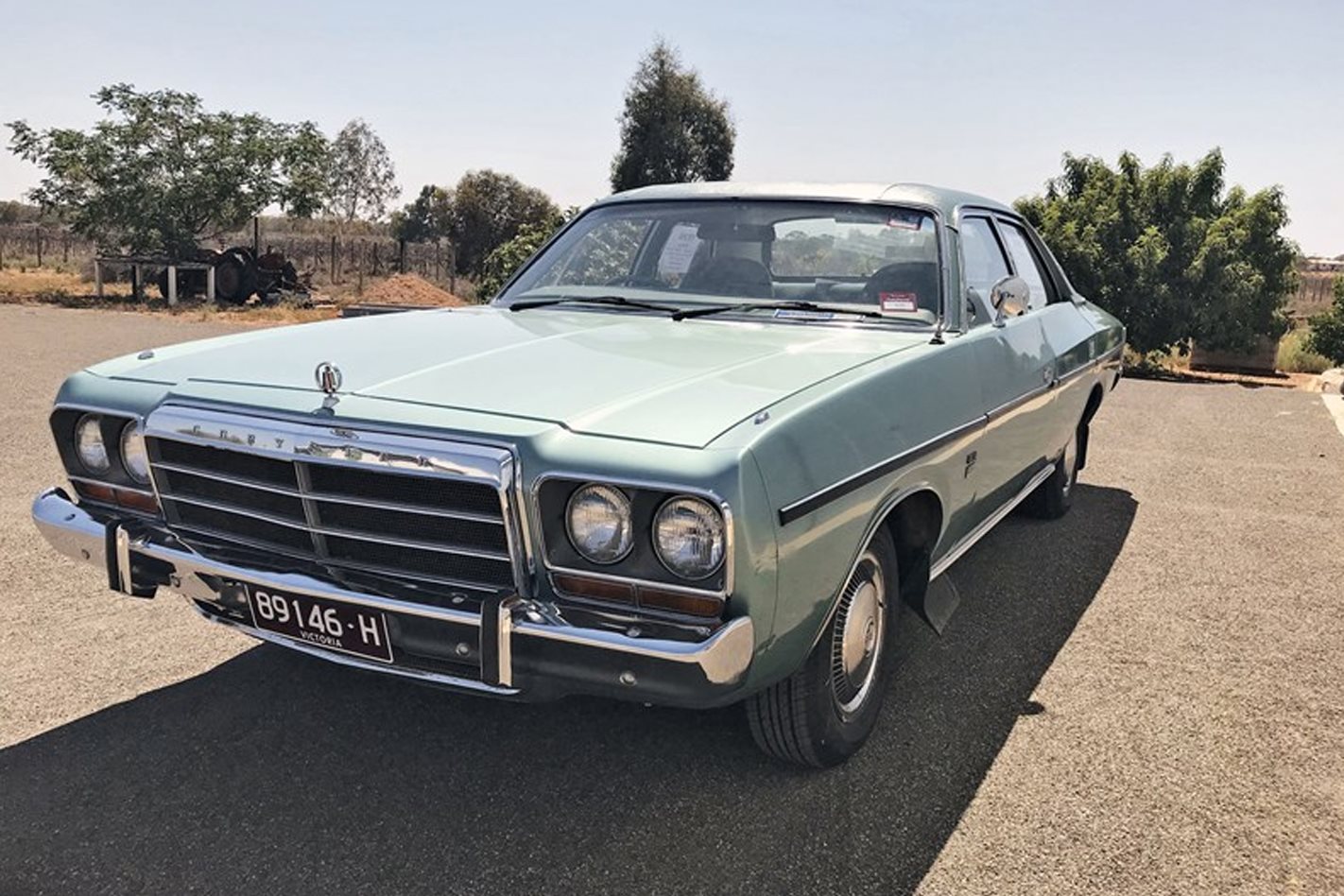 The CM Valiant had a tough time on the sales charts when new, with many critics believing it arrived a few years too late. Indeed, at the time, Chrysler was diverting much of its development resources into the very successful Sigma.

Four decades later though, the Valiant remains a handsome and capable family cruiser. The 265ci (4.3lt) Hemi was one of the best sixes in its days, and currently offers far more value compared to the equivalent HZ Holden or X-series Falcon.

This one is an automatic example and is described as being in very good and original condition, with no rust and no accident history.

View the Valiant’s listing in full at UniqueCars 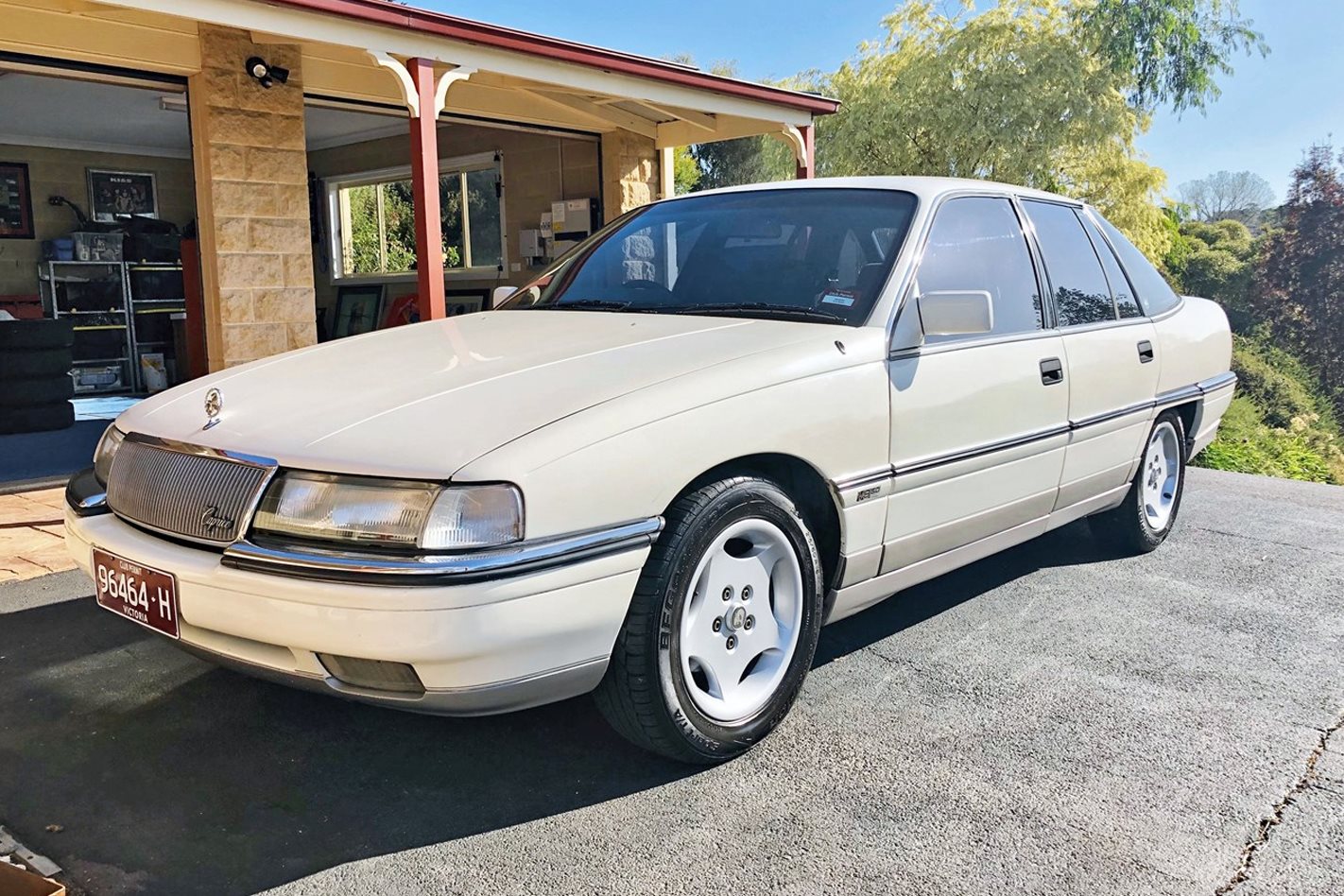 The long-wheelbase VQ of 1990 marked Holden’s return to the full-size luxury sector after the WB Statesman retired in 1984, allowing Ford to dominate the large luxury segment with its popular Fairlane in between.

The VQ Statesman and Caprice was more than a simple stretched-VN, and featured Australia’s first locally-made independent rear suspension system, a 5.0lt V8 and four-speed auto as standard, and every luxury Holden had in its arsenal.

This one is presented for sale on behalf of its third owner from new. It’s in very well-kept condition with a near-faultless interior and body. It’s been recently serviced and all electronics are said to be functioning.

While values of many of Holden’s sporty offerings of the 90s are steadily tracking north, these big luxurious cruisers haven’t popped on to the collector radar yet.

Have a car to sell? Advertise it for free in Unique Cars Magazine and on tradeuniquecars.com.au! 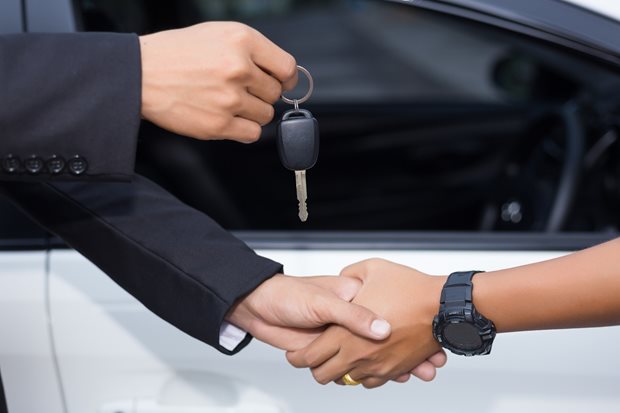 How to deal with used car buyers 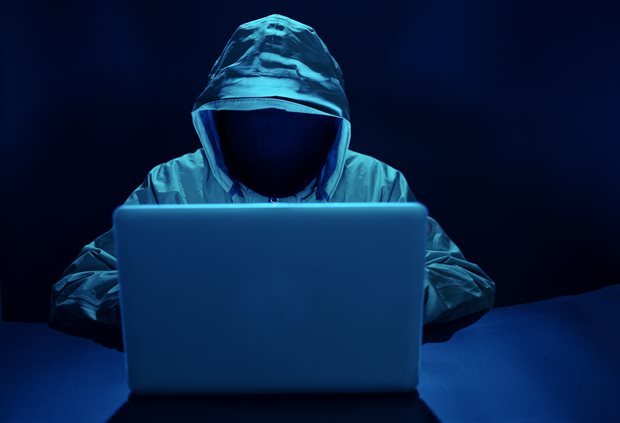 Sometimes it really is too good to be true. Arm yourself with knowledge and trade confidently with these helpful tips