For those unfamiliar, the classic car hobby may draw superfluous images of manicured concours lawns, and bustling high-end auction houses. And yet – especially in recent years – we’ve observed the entry-level segment as one of the most increasingly active sectors in the market.

We’re talking neat cars costing $15,000 and under, and they often sell like hotcakes at auction. Especially amongst younger enthusiasts, it seems more and more people are looking to stick something old in the garage for those sunny Sunday drives.

Are you after your first-time classic? Here’s five we’ve picked out of the Unique Cars classifieds, for as much as a new Kia Picanto. 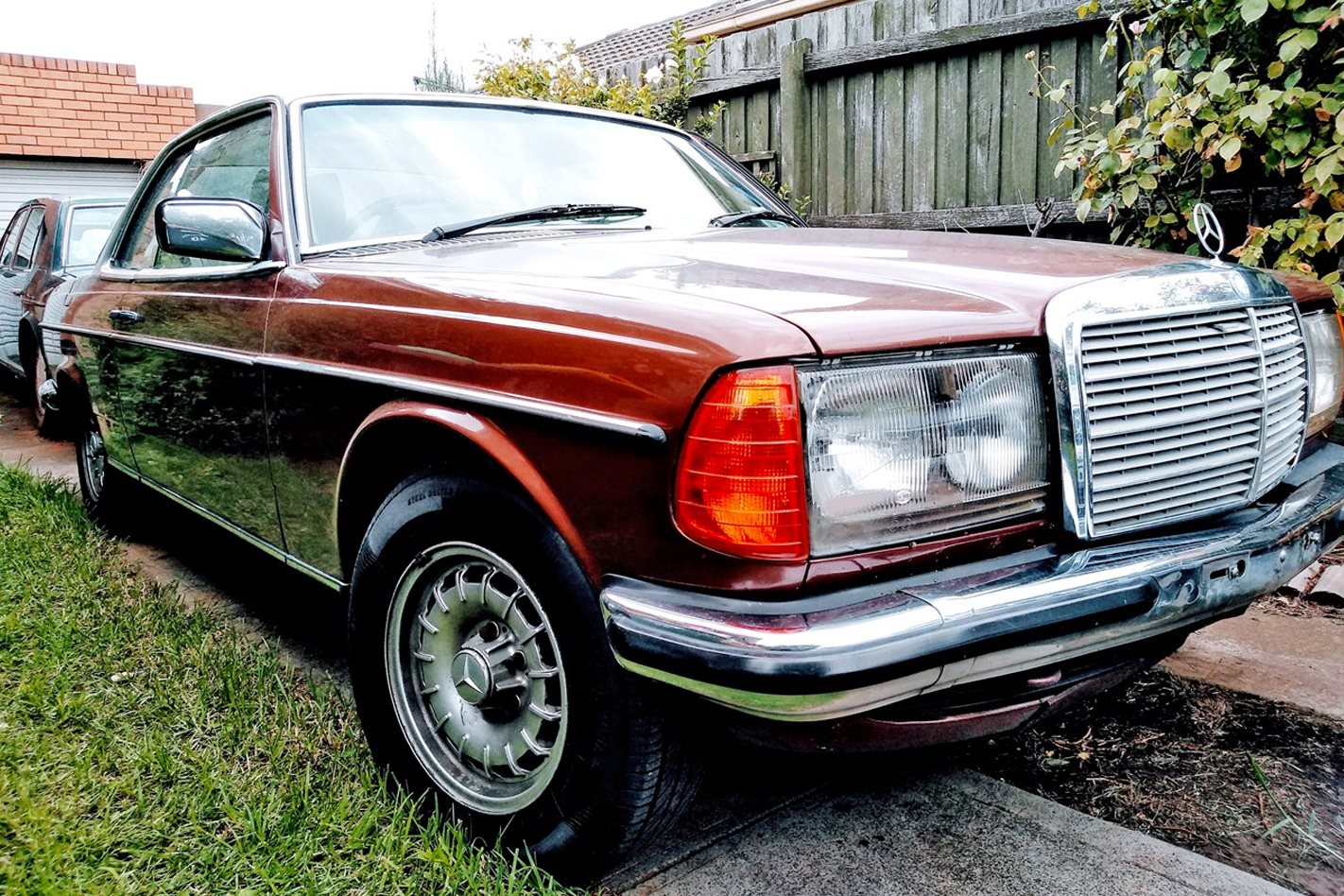 Mercedes-Benz is one of the most popular brands for classic enthusiasts and collectors alike, and the W123 generation of executive cars is a particularly astute place to start investigating.

These cars archetyped Benz’s post-WWII commitment to over-engineering and durability, and were the marque’s most successful model ever with over 2.7 million units produced over its lifecycle.

This one presents in the desirable CE coupe body, and is specified with the 2.8-litre inline six petrol engine – the largest available six-cylinder in the range – matched to a four-speed automatic gearbox.

The listing for this one is a little scant on details, but it’s described as a ‘good’ and ‘honest rust free car’, that’s ‘mechanically sound’ with functioning sunroof. 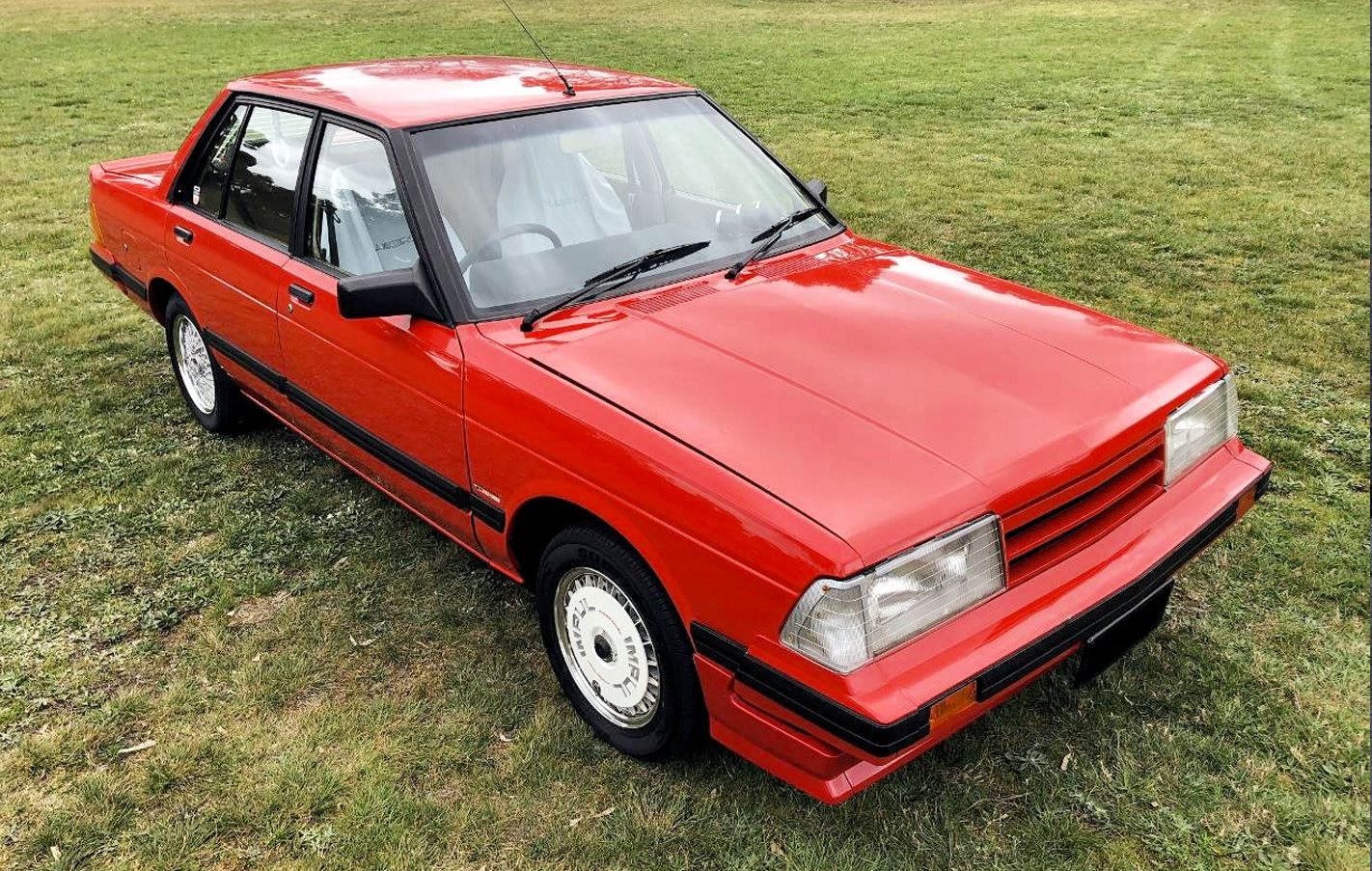 Before Nissan’s famous Skyline GT-R ever turned a wheel in anger on Australian soil, it was the Nissan 910 Bluebird at the hands of George Fury which gave homegrown V8s their first taste of turbocharged terror at Bathurst under Group C regulation.

This 1985 Series III example is finished in its original coat of Beacon Red over Beige interior. It represents one of around 1000 ever produced, although far fewer survive to this day.

This one presents as fastidiously maintained and highly original, albeit with a few easily reversible modifications. Certainly one for the passionate classic JDM (Japanese Domestic Market) enthusiast. 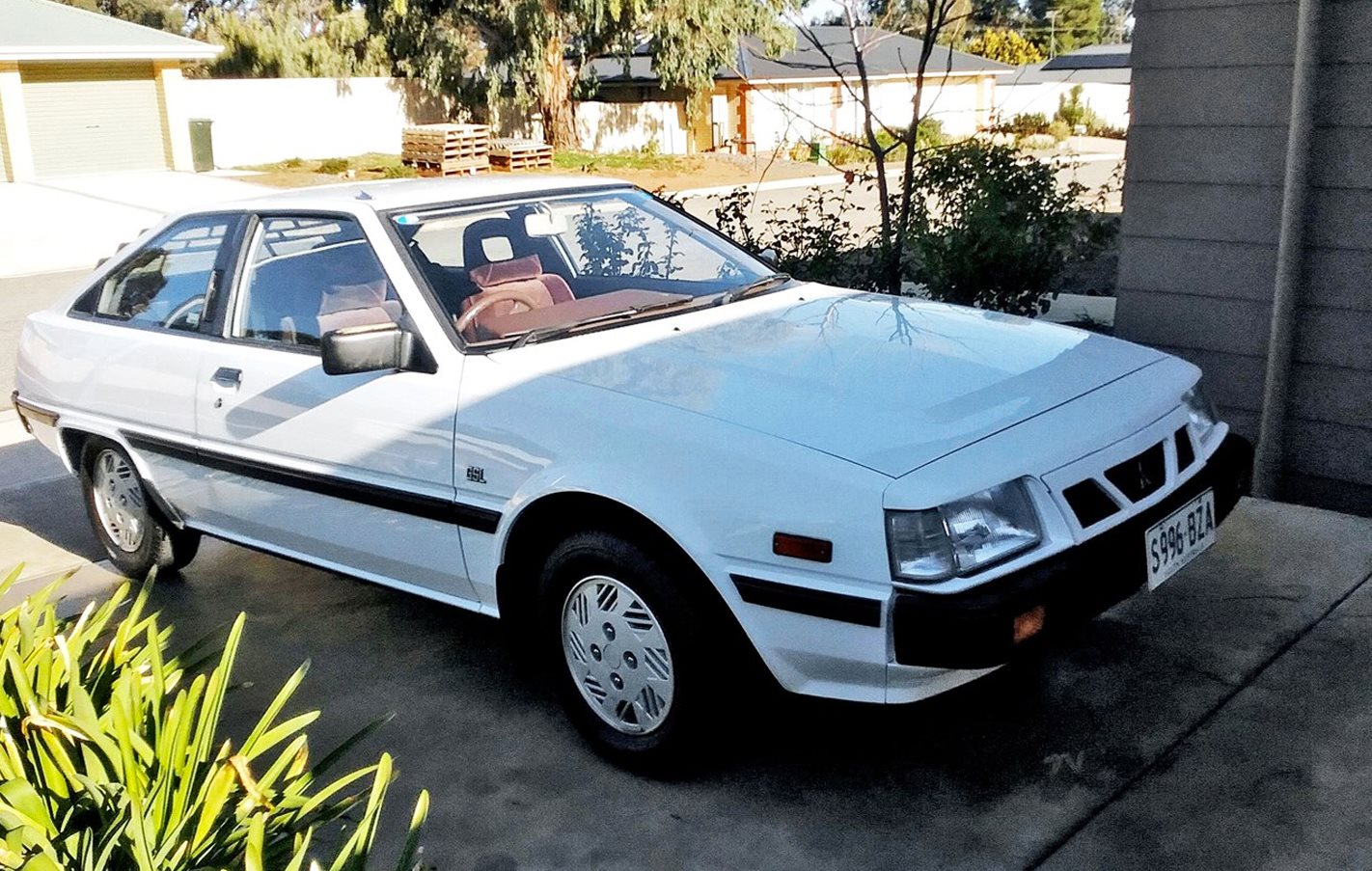 The Mitsubishi Cordia faced steep competition when new, vying for a piece of a saturated market which included the Toyota Corolla, the Holden Piazza and even Mitsubishi’s own Starion.

While the turbocharged GSR model has long been the pick of the litter for sporting enthusiasts, the non-turbo models were still decent handlers boasting rack-and-pinion steering, Macpherson strut suspension in front, and an independent trailing arm rear.

This one might on sale may not be the force-fed GSR model, but it’s the scarcely-believable condition that caught our attention.

The listing describes the car as ‘one of the best in the country’, and the attached photos show a car that looks as new as you’ll likely ever find.

Again, this is one for the Japanese enthusiast, or any fans of the more quirky offerings of Australia’s motoring past. 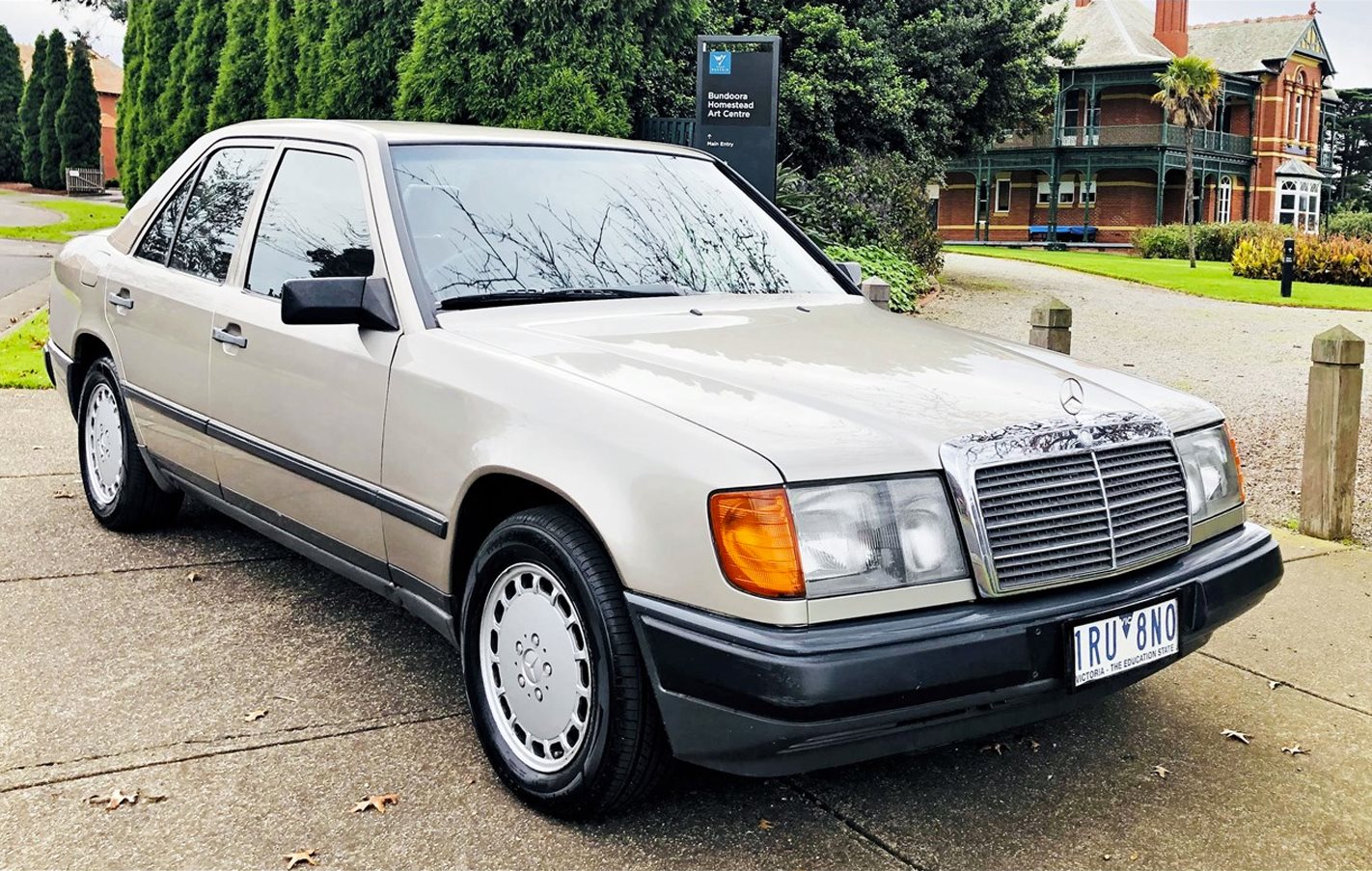 The brick-headlight W124 generation of Mercedes-Benz is a prime example of recent growing interest in more modern ‘young-timer’ classics.

Developed to fill the gap between the brand’s simple range of compacts, and the larger tech-laden S-class; the W124 found unprecedented success in many markets around the world thanks to an expansive range of body styles and engines.

Despite costing well over six-figures when new in certain specification, collector interest until recently had been minimal. Prices for top-end AMG models and high-spec coupes are already nudging as-new prices overseas, however mainstream sedans still represent one of the best all-round buys in the $10,000 and under segment.

As one of the last models to come from Benz’s famous ‘over-engineered’ era, the W124 was produced by the millions and is famous for its ability to clock up well over a million kilometres with little other than routine maintenance.

This one is described as a highly original survivor, and looks to be in good condition throughout. The car has recently been treated to a new windscreen, four new tyres and a new battery.

This could feasibly be driven every day, and would make for a confident first-time classic/club car.

View the 230E’s listing in full at UniqueCars 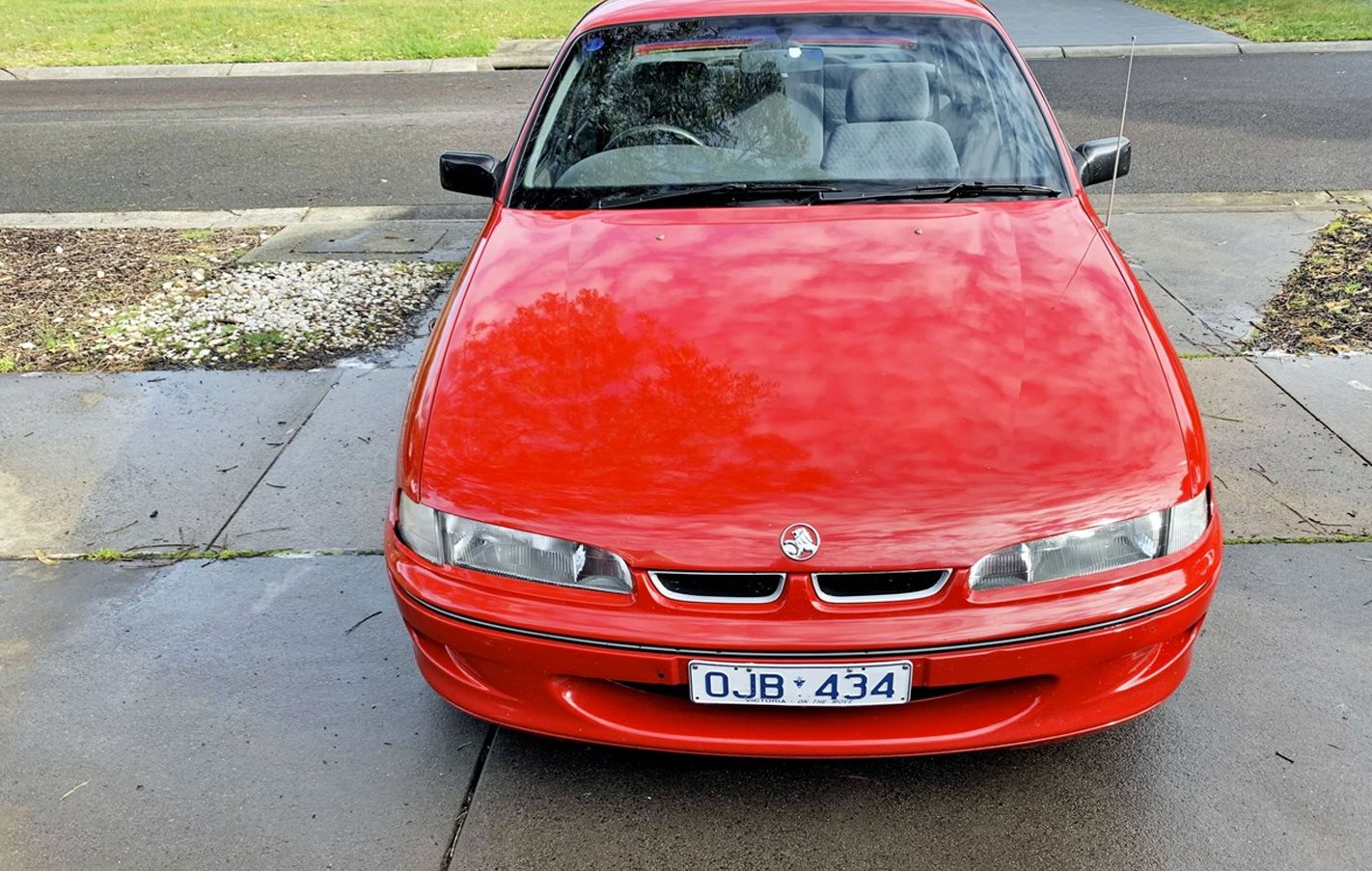 With the steep rise in popularity (and value) for Australia’s locally-made cars in the wake of our now-defunct manufacturing industry; there’s less and less to be found at this price point except for more modern models that have yet to claim their 'classic' credentials.

While a six-cylinder VS Commodore may not get everyone’s blood boiling, this one has a rather interesting story, and is in pretty astounding condition.

This car was reportedly ordered new by a CFA manager back in 1998, and is validated by the car’s original logbooks which cite the Country Fire Authority as its original owners.

Exclusive: the incredible story of the last-ever locally made Commodore

Furthermore, the car was specified with the highly desired ‘police pack’, which often comprised of Holden’s FE2 sports suspension, a unique speedometer; and various other possible options.

Despite being ordered as a working car, the seller claims that the car has travelled less than 30,000km in its life, and has recently been treated to numerous replacement parts and a full service.

If you’d forgotten what a VS Commodore looked like brand new out of the showroom, this one looks like a pretty darn good indicator and boasts a neat bit of history you can share at your local cars-and- coffee meet.

Have a car to sell? Advertise it for free in Unique Cars Magazine and on tradeuniquecars.com.au!