The following feature is from the July 2014 issue of MOTOR Magazine, and we decided our (now six year old) idea should be readily available to read online... even if we know it'll never come to fruition.

Rather than edit the story to 'make sense' in 2020, we've left it in its original wording below, minus a couple of references to pages in the magazine that don't make sense unless you're holding a copy. Enjoy.

The fastest Falcon ever has landed. We’ve spanked the new FPV GT F in all its 351kW glory.

Call us greedy, or ungrateful, but we can’t help but wonder, is that it?

We understand that for GT F, Ford did the best it could with the money, men and time it had available. In fact, thanks to the passion of all involved, the project’s modest allotted funds would have stretched much, much further than usual.

Which means that unless Ford is toiling away on an unexpectedly berserk ‘FH’ XR8, the GT F really is the fastest Falcon we’ll ever see, forever. But what about a Phase V GT-HO like the one you see here?

Of course, these images are from our graphic artist. But we thought we’d put the question to David Wilkinson, Vehicle Line Director, the man who counsels Ford Australia senior management on what car it should build next. If a GT-HO was to be built, he’d be one of the men signing it off.

Wilkinson, a car guy, cautions that it wasn’t a case of Ford being just outwardly hostile towards the idea. 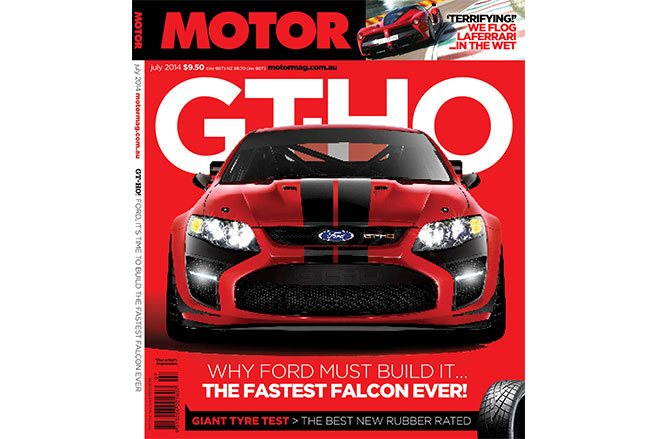 “One reason we didn’t try to do an HO was not because we didn’t want to – there were lots of people who would have loved to have done an HO,” he tells MOTOR. “But we didn’t think we could have made it special enough to have the HO name.

“The HO had a place in history, a point in time. From a marketing perspective alone you just don’t put that badge on something else. Particularly to the people who were interested in that product, it means something. We don’t want to overuse it. We don’t think we’re overusing GT 351, it’s purely in keeping with the original. It’s something special.”

So what’s the answer, then? Has Ford dodged a modern-day GT-HO all this time because it’s spooked by the ghosts of the ’70s? Is it frightened of trespassing on sacred earth? Or is a case of it just doesn’t have the money to do the right job?

“We never actually got to the point of asking ourselves, ‘do we want to do a GT-HO’,” clarifies Wilkinson. “We just knew from the beginning that the GT-HO was the product that it was and that we didn’t want to tinker with that. It was such an iconic thing; it would just seem wrong to try to do it again with a modern version. It’s emotional, probably, nothing more than that. Clearly to do a 450kW product with 10-inch wheels and [all the rest], which is what you’d probably want to do if you were going to that extent, it’s a much bigger program and we never really entertained doing something of that scale. We just never talked about it.”

Indeed to justify a production GT-HO would be an insurmountable commerical challenge to even the cleverest of Ford’s internal businesspeople. Ford, of course, wouldn’t spend a cent on such a risky enterprise if it knew it wasn’t to make any money. And it probably wouldn’t. 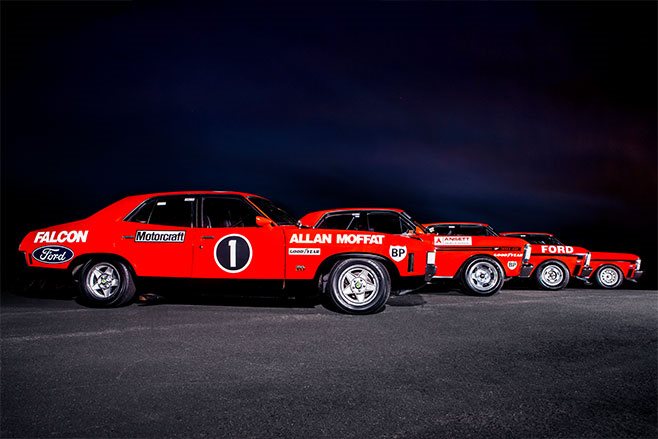 “Where is the GT-HO? If you look at what was required in the GT-HO, it would have been a big program,” explains GT F project manager Justin Capicchiano. “You can see when you’re around here [You Yangs Proving Ground] the amount of resources we’ve got dedicated to other things and to be honest, to do something that lived up to the name of the GT-HO would have been something more than what we would have been physically able to do with the resources we have.”

So it’s fairly clear – a production GT-HO appears out of the question, crushed by the fact it would be a major program cost with little apparent commercial viability. But what about a concept car? As outlined in the editorial on page nine, Ford would be freed from spending countless millions ensuring the car meets safety, emissions and durability standards. They could do whatever they want, really.

That’s one question you might find Ford a little evasive of. Because while a production GT-HO makes no commercial sense, there’s value in the concept car – at least to us, anyway. We don’t have a business case outlining projected revenues from such an experiment. Read our editorial for our reasons but ultimately, we’re only fans wondering if the GT F will be forever known as the hardest the Falcon could ever punch.

Call us diehards, greedy or ungrateful but somehow, we hope not.

Ok, now we enter into the realms of pure speculation. No engineer has mentioned to us that the following is possible, but it does provide a tantalising ‘what if?’ scenario. See, there is currently an engine in Ford’s performance arsenal that would add real gravitas to the HO’s 351 badge. 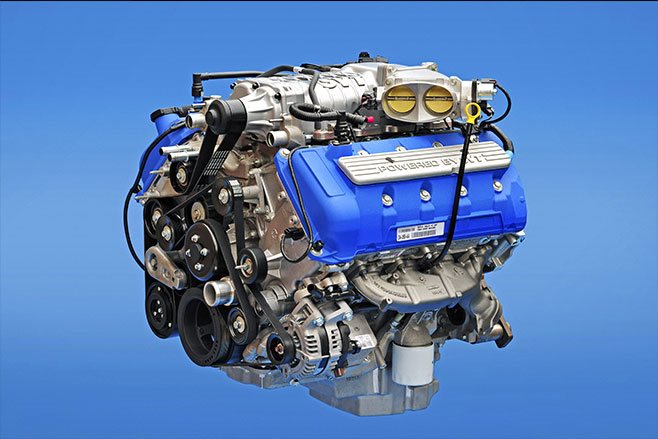 Wedged under the bonnet of the current Shelby GT500 is a 5.8-litre (351 cubic-inch) supercharged V8 which produces a thumping 495kW at 6500rpm and 855Nm at 4000rpm. Given a supercharged V8 already resides in the Falcon’s engine bay, space shouldn’t be an issue, though adapting the imported donk for right-hand drive could prove difficult. Still, given the blown 5.8 can simply arrive on crates from the US, it should cost a lot less than the $30-odd million Ford spent developing the Miami.

Don’t go thinking this is some stone-age lump from the land where cubic capacity is king, either. There’s double overhead camshafts, forged internals and sci-fi stuff like plasma-transferred wire arc cylinder liners, which reduce friction and heat transfer as well as weighing a lot less than traditional steel liners.

Of course, this much grunt would turn the existing FPV driveline into molten metal, so while we’re dreaming. we’d better order up the six-speed manual gearbox and one-piece carbon-fibre tailshaft from the GT500 as well. Will it happen? Not a chance, but we can dream.

How to make a modern GT-HO work

The most important part of any HO is, of course, the engine. While the Miami V8 is capable of producing the required numbers (around 450kW/700Nm), an imported engine (see breakout) would possibly be a more cost effective option.

Lightweight rims increase in width to 9.0 inches at the front and 10 inches at the rear, wrapped in semi-slick rubber. Upgraded braking hardware would be required, basically the biggest rotors and calipers AP Racing could supply.

Falcon driveline would need serious strengthening if it was to accommodate the grunt of a modern HO. One engineering source even mooted installing the transaxle from the V8 Supercar, but making it suitable for the road would be a huge task.

Giant rear wing and front splitter generate downforce at track speeds. The rest of the bodykit is primarily aimed at extracting the enormous heat generated by the engine, driveline and brakes. 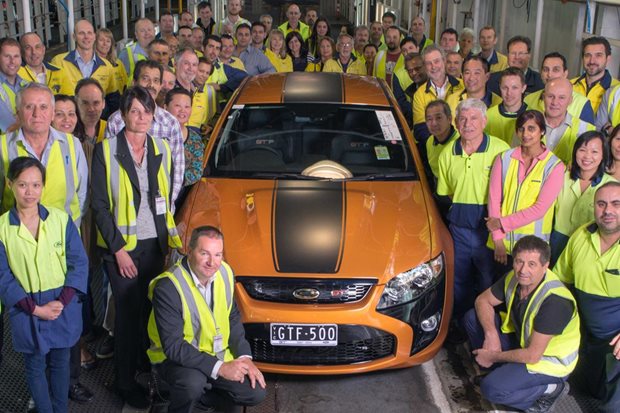 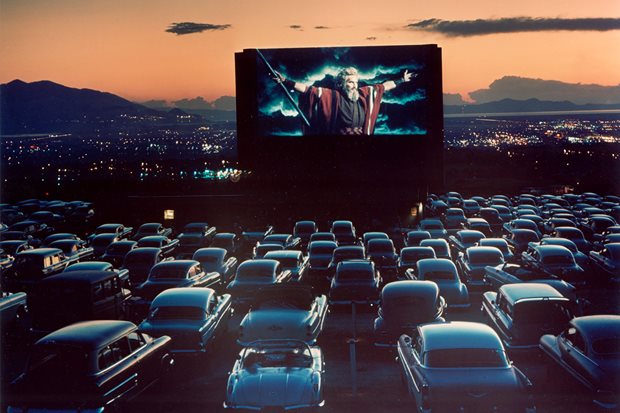 Opinion: Now’s the time to make everything a drive-through

A global pandemic has prioritised personal space… here’s the solution