Platform sharing is not the process of borrowing someone’s 1970s disco shoes. In the automotive world it’s all about diversity and choice

You may have noticed vehicle platforms and their codes or names regularly referred to in WhichCar reviews and wondered what all the fuss is about.

While vehicles used to be built on more unique chassis and subframe sets, the continually expanding ranges of vehicles from all manufacturers have required the introduction of a more versatile solution.

That solution is one modular system of shared platforms that provides the basis or ‘architecture’ for a number of models.

The term platform implies a minimal amount of hardware, but the principle can include much more componentry including axles, suspension and all of the main structural parts and underbody to support them.

What’s the advantage? With a common architecture for multiple models and variants, the enormous cost of vehicle development can be spread over a wider range of cars. Further savings are also possible in manufacturing where the single platform occupies just one production line, and the processes that define and differentiate each model happen later. 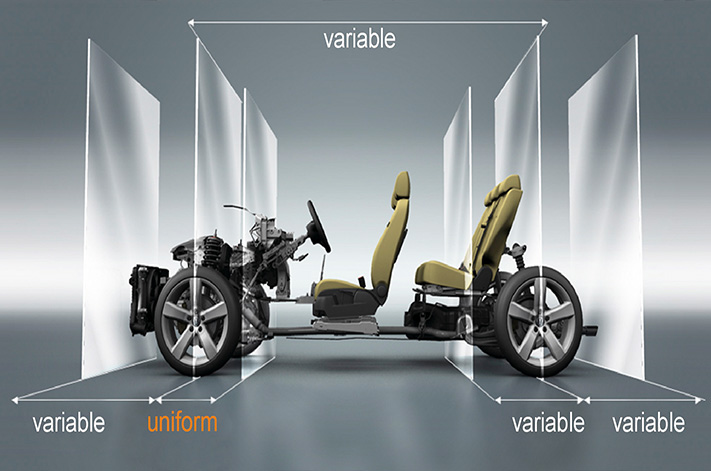 One key disadvantage is that the close mechanical relationship of multiple cars raises the possibility of each becoming too similar and diluting brand diversity, but various manufacturers focus a significant part of platform development on being able to support a wide range of body shapes, driveline and variant options.

Examples include Volkswagen’s MQB platform which underpins a huge number of models across all of the company’s various marques, from the VW Golf, through the Audi TT to the forthcoming Volkswagen Tiguan Allspace.

As you can see, just because two given models share a platform, they can possess very different dimensions, including internal, external, wheelbase and track measurements.

The Volkswagen Group has a number of platform templates including MEB for electric vehicles and MLB for larger vehicles, but other brands are taking a more holistic approach.

Subaru’s Global Platform now underpins the new Impreza hatchback but the company has plans for the modular architecture to form the basis of its entire range.

The Japanese manufacturer also says that it has engineered the Global Platform to accommodate both hybrid technologies as well as full EV powertrains, which highlights how far into the future car makers must look when developing such a critical component.

While platform sharing is now widely used, it is not a new idea with General Motors the first to implement the idea in the early 1900s. Since then all the major manufacturers have adopted the process, which has resulted in wider range options for customers at more affordable prices.