With the advent of airbags, advanced safety restraint systems, electronic stability control, safety cells, and crumple zones, modern vehicles are very safe places to be, but the latest cars are not just looking after the people on the inside.

As global safety standards become increasingly demanding, modern cars are being developed to minimise injury and harm to other road users as well, including pedestrians, cyclists, and occupants of other vehicles.

Ever wondered why Ford Mustang owners in the US get a pair of tough-looking bonnet vents but Australians don’t? It’s actually down to one of the simplest ways of minimising pedestrian injury in the event of a collision.

The leading edges of vehicles used to be sharp and unforgiving with little room to move if impacted, and the likelihood of pedestrian injury was high. Modern design rules require cars to have larger radius curves on exposed edges and a collapsible construction.

For Australia’s stringent safety standards, the Mustang’s bonnet vents removed an important crush zone that could absorb some of the impact of a pedestrian in a front end collision, so they had to go.

Most cars sold in Australia are assessed for their safety rating by the Australasian New Car Assessment Program (ANCAP) with both passive and active features under the spotlight, but the organisation also tests each car for pedestrian safety. 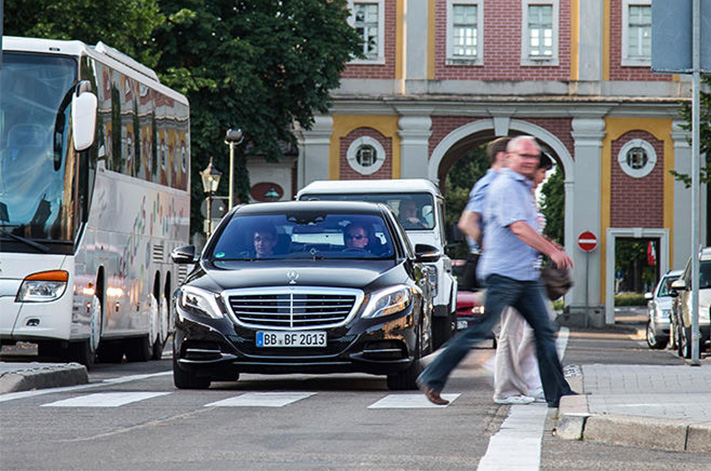 Up to 42 points are up for grabs, depending on how well a vehicle performs with both child and adult impacts simulated in the areas of frontal, bonnet, and windscreen areas.

Crumple zones and deformable structures are a relatively simple technology for reducing the potential for pedestrian injury, but some manufacturers have developed more high-tech solutions such as active bonnets.

Active bonnets systems instantly raise the bonnet a few millimetres the moment it detects a pedestrian coming into contact with the front bumper, thus allowing more empty space above the hard engine component to cushion the impact of a person.

This simple idea can make a significant difference in personal injury but not if the pedestrian also impacts the windscreen area.

Mercedes appears to be going one step further and has recently filed patents for an innovation that addresses the hazard presented by the zone behind the bonnet and, while cabin airbags have been used for in various forms for decades, Mercedes’ idea applies the principle on the outside. 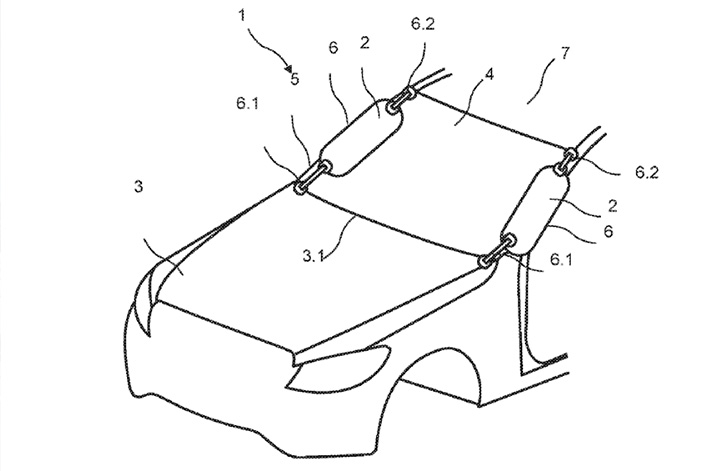 From the basic patent sketches, it appears the German car maker has designed airbags that are concealed in the A-pillars and deploy to cushion the impact more effectively than any idea before it.

Volvo has already offered a version of the concept with an airbag that is combined with the pop-up active bonnet principle to offer improved protection from the windscreen, but the Mercedes idea focuses on mitigating harm around the stiff A-pillars.

Of course, all these potentially life-saving technologies attempt to make the best of a bad situation and only come into play if a pedestrian collision is unavoidable, but the ideal scenario is avoidance. 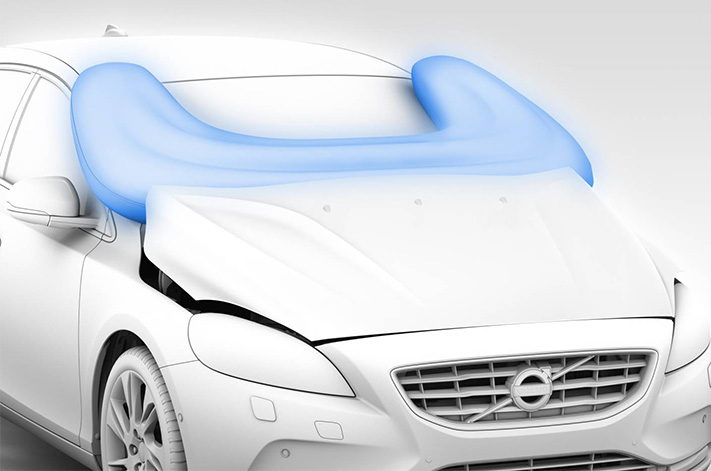 With autonomous emergency braking (AEB) finding its way into an increasing numbers of vehicles, the semi-autonomous technology is proving highly effective in preventing pedestrian accidents and collisions with other vehicles.

As vehicle-to-vehicle (V2V) communication starts to gain traction, cars will be able to use other vehicles as their long-range eyes, with information relayed to vehicles in the nearby vicinity before they encounter any potential risks, including pedestrian hazards.

Our roads are becoming busier and more congested, which increases the potential for pedestrian collisions but, thanks in part to the work of vehicle designers and engineers, pedestrian fatalities are slightly lower to the end of July 2017, as compared with the same point in 2016.