One of the main attractions of SUVs isn’t just the practical considerations of a tall seating position and easy access to the boot and rear seat, but the promise they make of being the versatile chariot capable of taking you and your family out into the great outdoors for a long weekend

Not all SUVs are created equal in this regard, but here we’ve got two midsizers that are arguably the best equipped in their segment as dirt-friendly adventure machines. How do they compare? 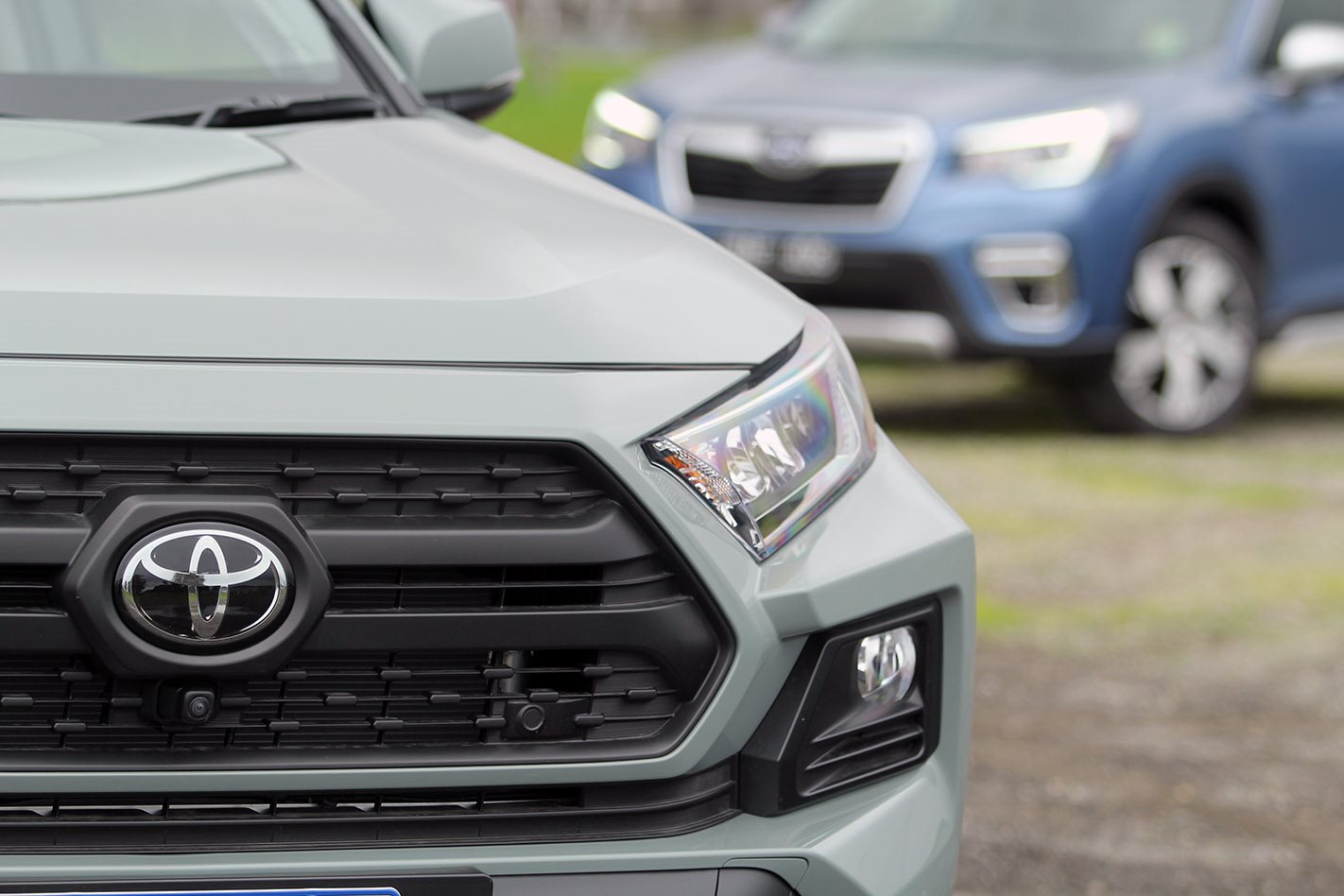 It naturally comes with plenty of equipment but is it good value for a mid-size SUV, considering many larger SUVs kick off under that price point? Thankfully there’s reasonable value when it comes to ownership, with the first six scheduled services capped at $210 and the servicing intervals of 12 months and 15,000km being slightly less frequent than what’s stipulated for the Subaru. 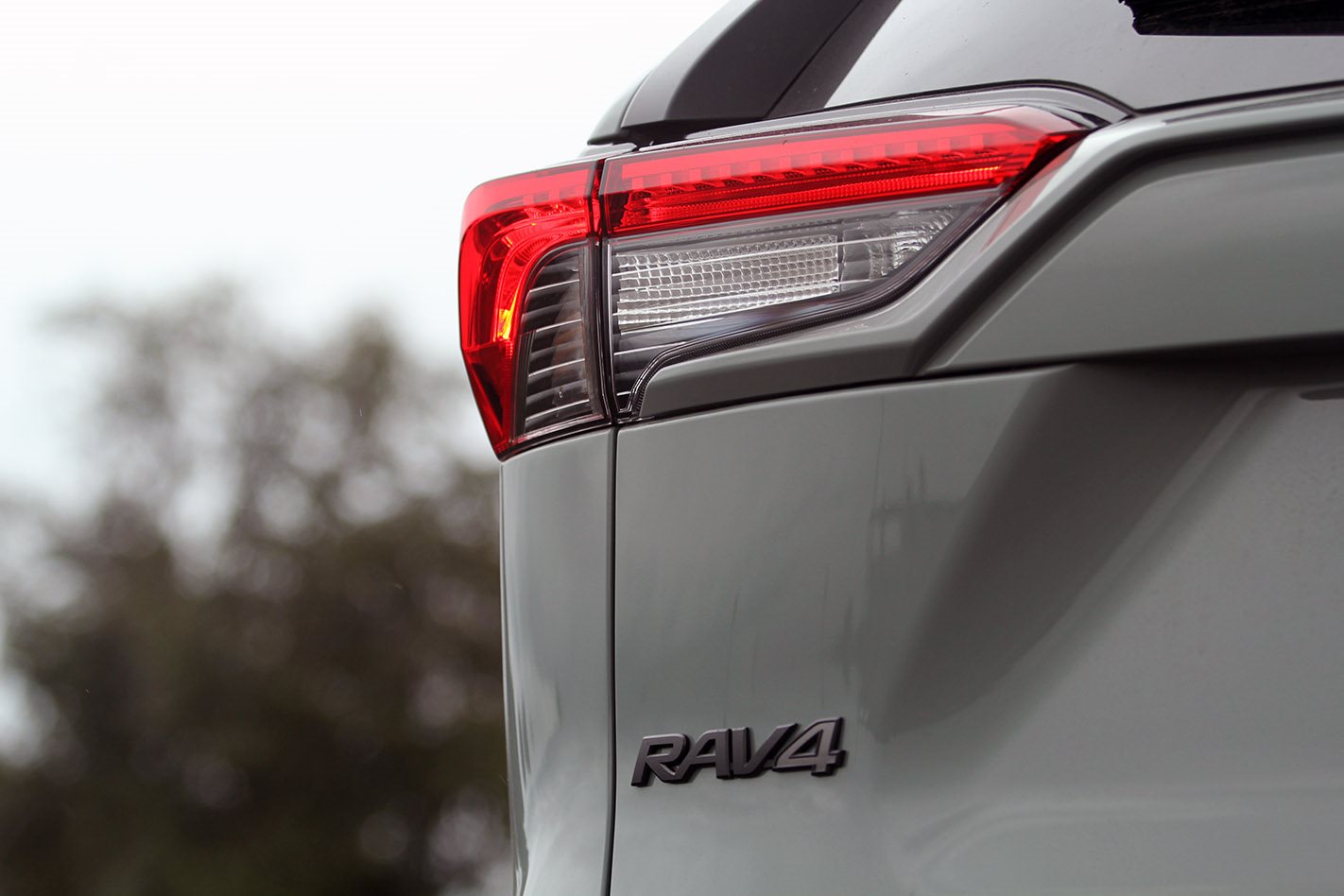 The flagship Subaru Forester is a sharper value proposition in the showroom, priced at $41,490 before on-roads with no options.

Eroding that value lead is its relatively costly maintenance requirements. Service intervals are set for 12 months or 12,500km, which isn’t too far behind what Toyota asks for the RAV4, but the cost per visit under Subaru’s service plan is significant: $346 for the first service, $584 for the second then back to $346 for the third.

That leaps to a huge $760 for the fourth service, before setting back down to $351 for the following visit. 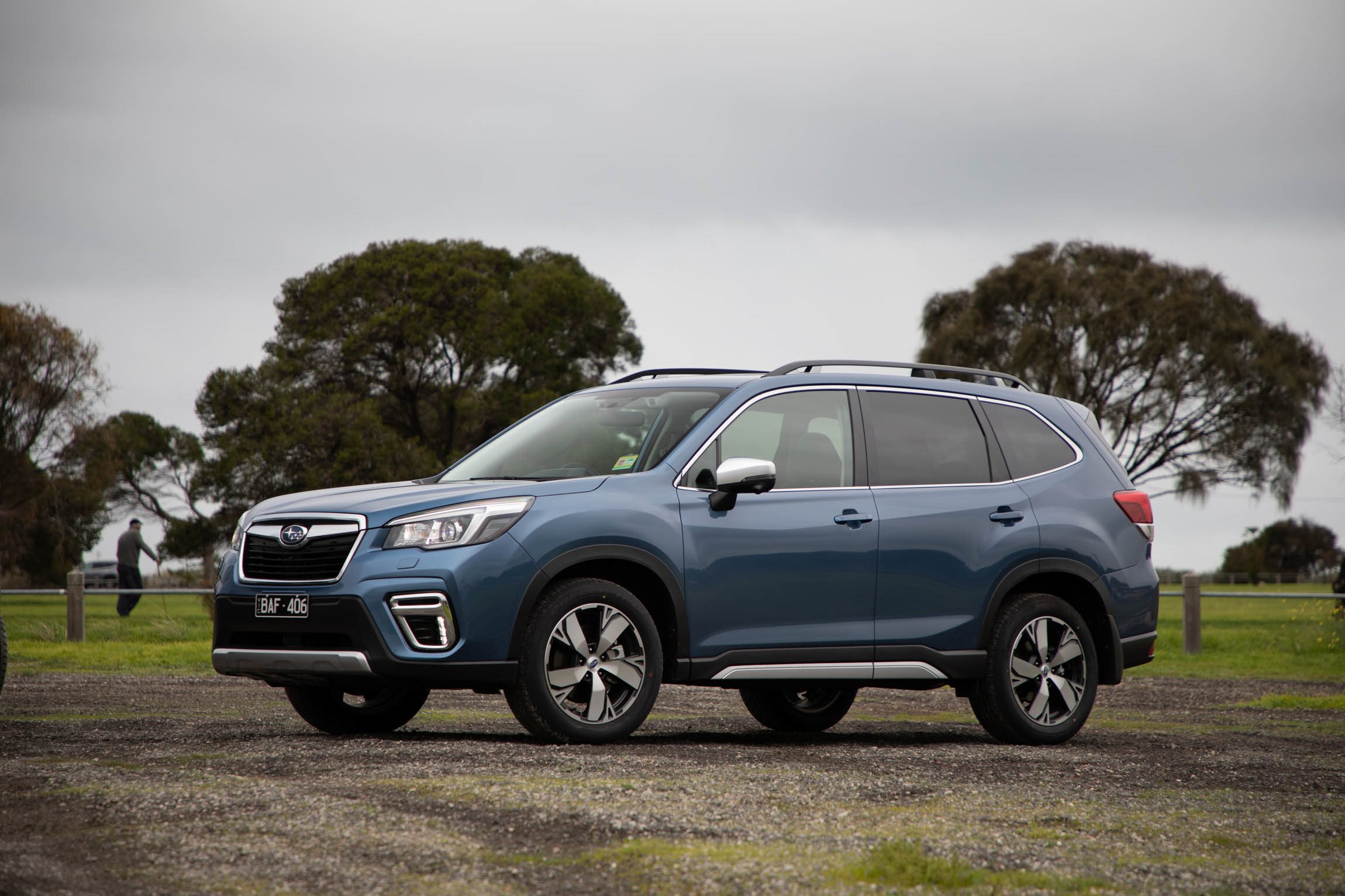 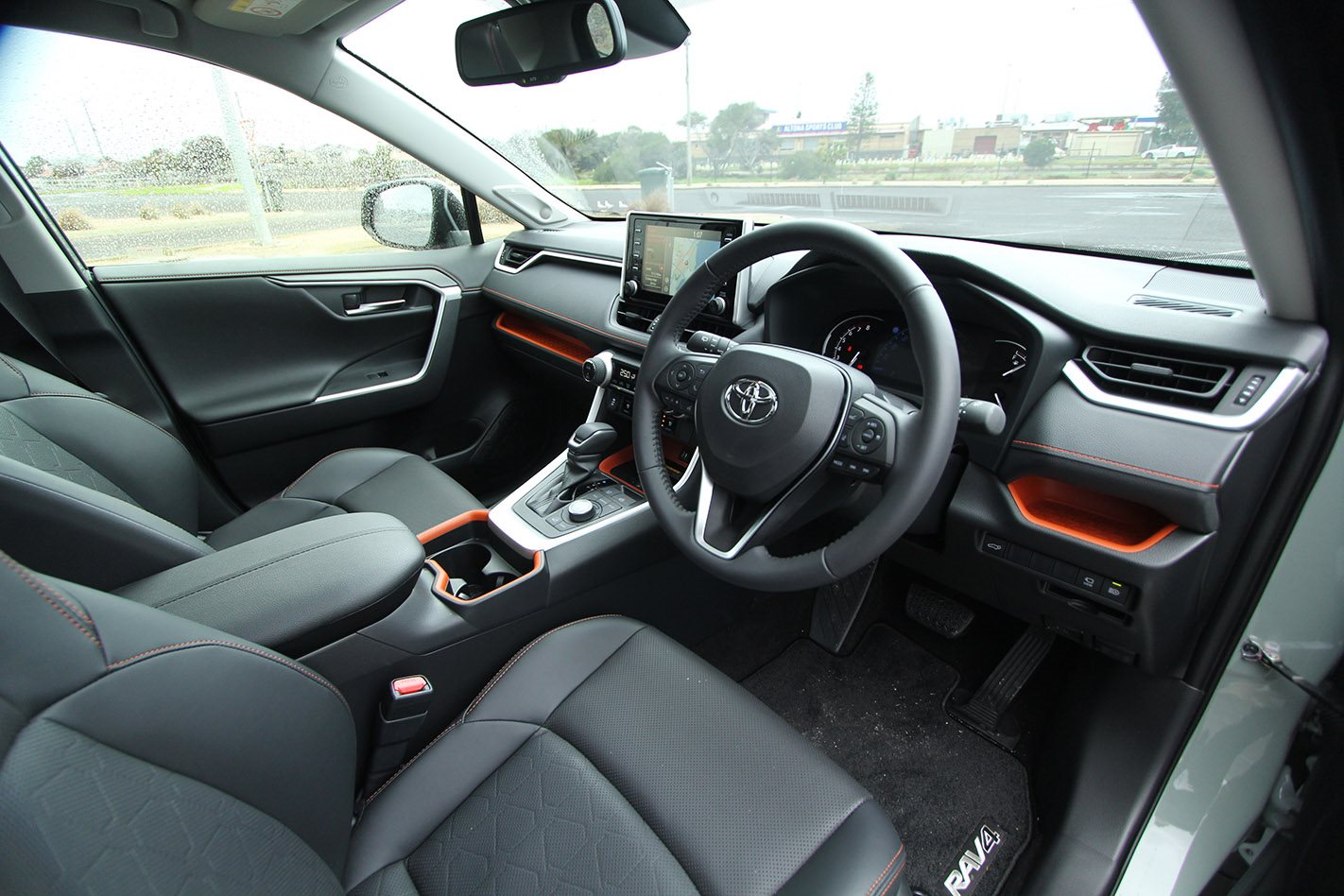 The Forester’s range-topper wants for little when it comes to equipment too, with a largely similar feature set to the RAV4.

There are some exceptions, like the absence of wireless phone charging, one less speaker for its Harman Kardon audio (for a total of 8), and regular analogue instruments rather than a partial electronic display, however that’s expected given the price differential between the two.

Even so, the Forester does boast some unique features of its own. Things like a driver recognition feature that can automatically load your favourite settings for seats, mirrors, radio and climate the instant it glimpses your face (perfect for avoiding spousal tension), and a kerbside camera that should make gutter-rashed wheels a thing of the past. 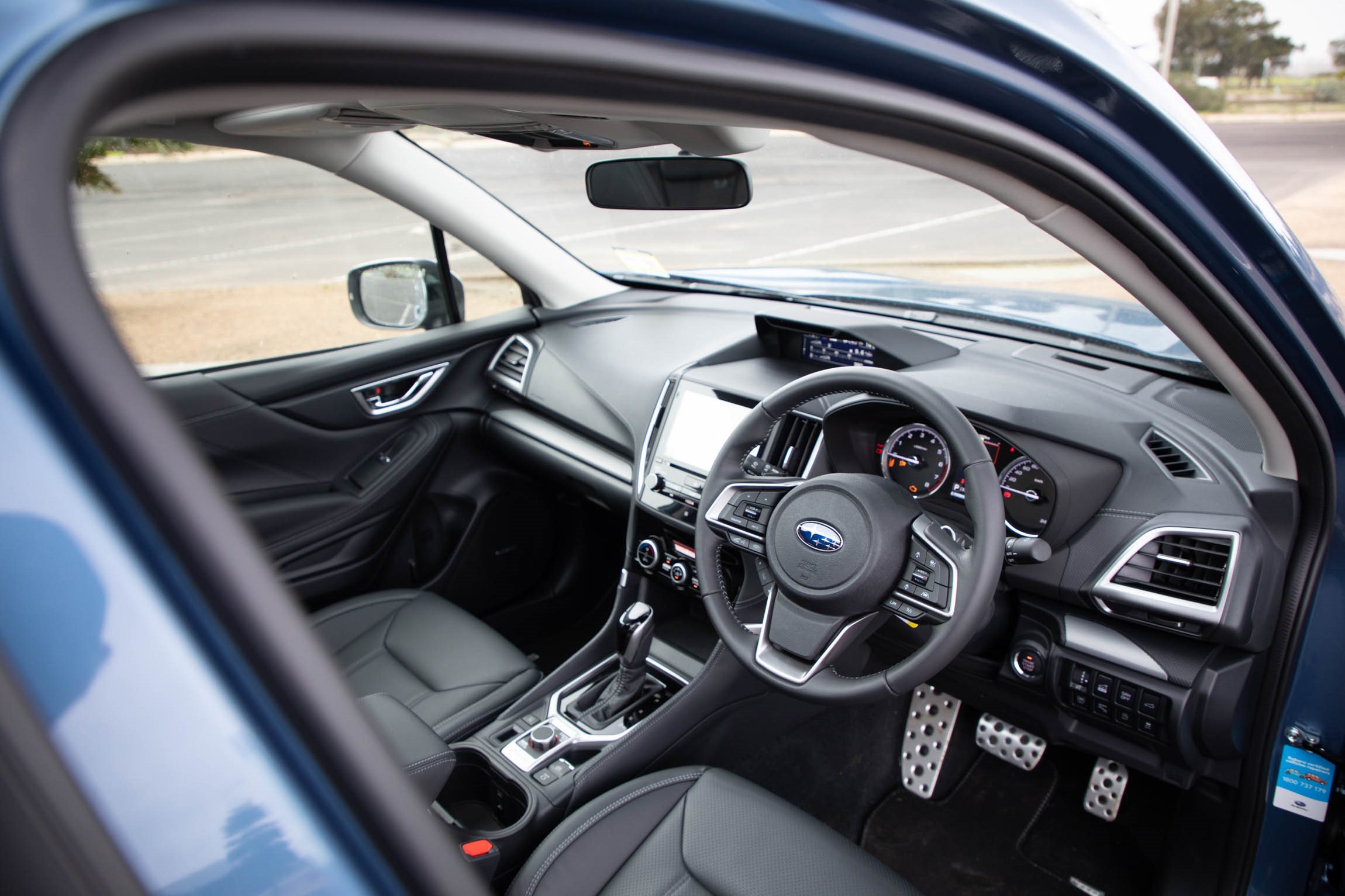 The Toyota has a cool and colourful interior that’s also nicely sized for a family of four and their belongings. We really like the in-cabin storage options provided by the dash-spanning shelf, giving plenty of places to pop a phone, pen or wallet while you’re driving. Covered storage elsewhere in the cabin is good too. 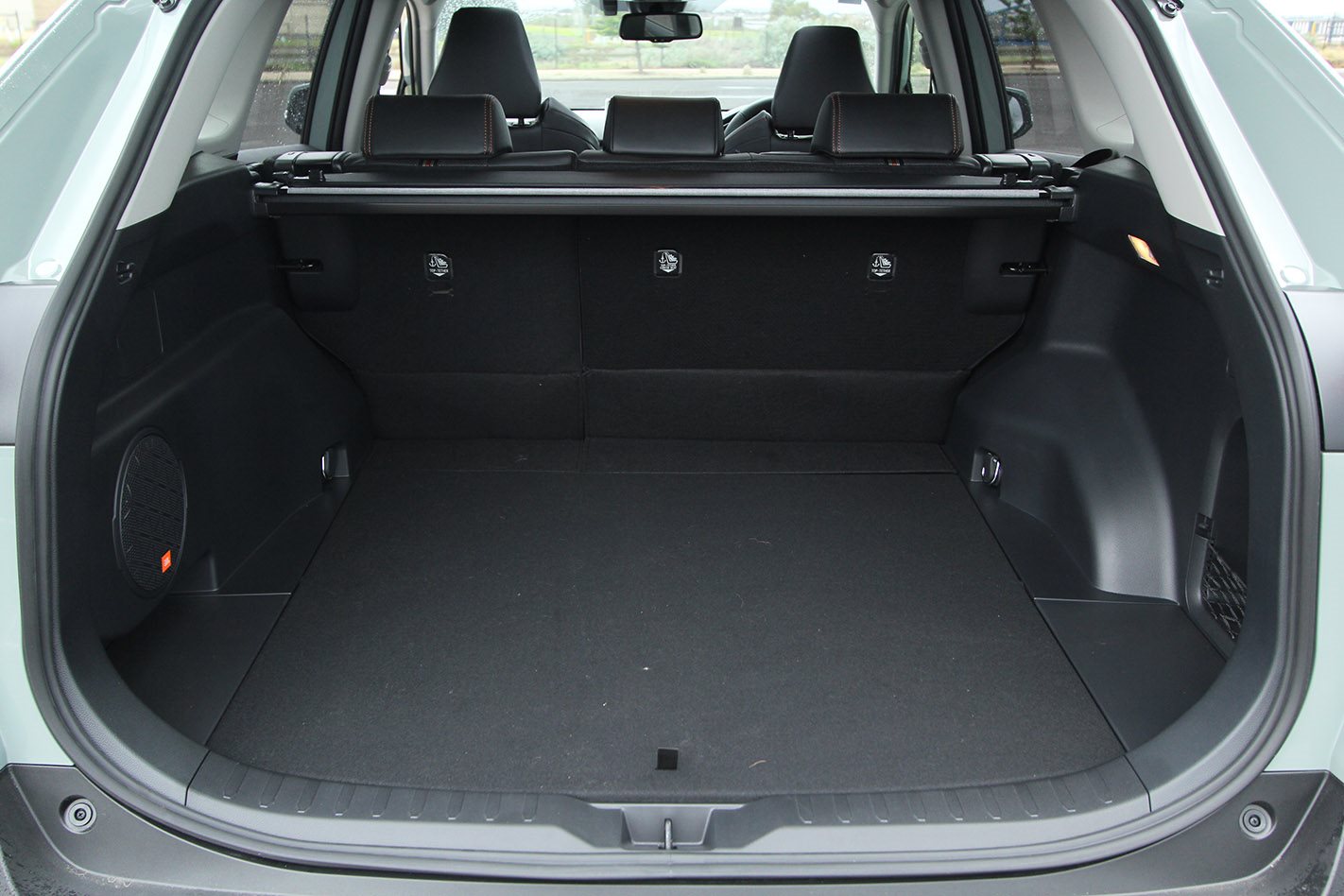 The boot floor is flush with the loading lip in the highest of its two positions, which makes it easy to unload heavy stuff, however while there’s some additional space beneath the floor around the space-saver spare tyre there are no moulded pockets or enclosures to make that area properly suitable for small cargo. Still, with 580 litres of seats-up capacity, there’s plenty of above-floor storage on offer.

A powered tailgate is standard on the Edge, but dropping the rear seats requires you to walk around to the rear doors to pull their release levers. There are no shopping bag hooks either, an oversight in a car designed for families.

The Forester’s boot area is super-practical. Remote release buttons for the rear seats mean dropping them just requires a flick of the finger while standing at the tailgate, and there are four integrated shopping bag hooks to keep your groceries secure. 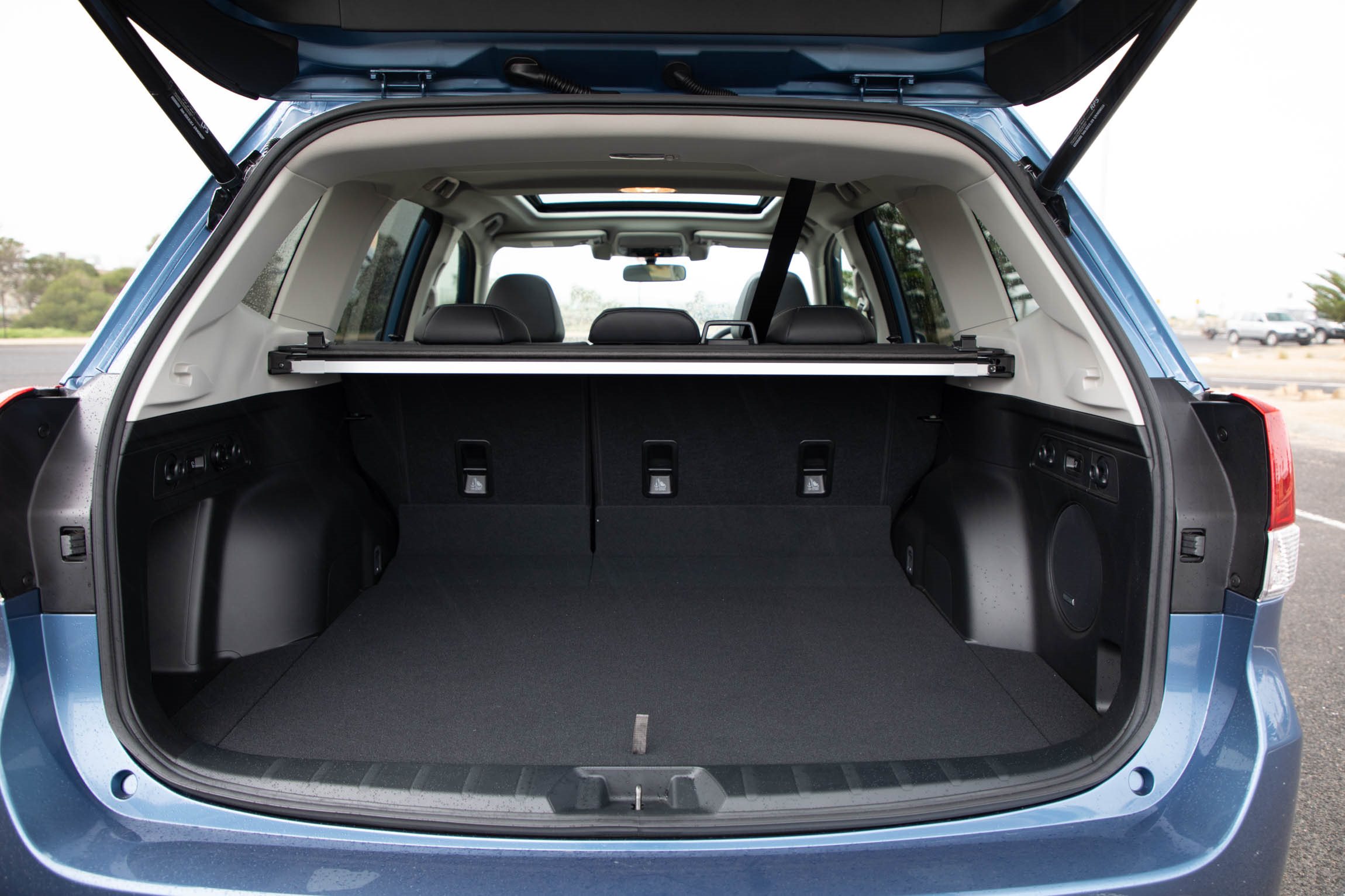 However, it’s a smaller space than the RAV4’s rump, with 498 litres of seats-up capacity. At least the tailgate opening is mega-wide to facilitate loading and (like the Toyota) a powered tailgate are standard issue.

There are fewer nooks and crannies for smaller objects in the Forester’s cabin, however the door bins are large, there are plenty of cupholders and bottle holders, and the centre console box is deep.

The Forester has the same safety feature set as the Toyota, with the addition of active driver fatigue monitoring courtesy of the driver recognition feature. The Forester also carries a five-star ANCAP crash safety score, and is equipped with seven airbags as standard. 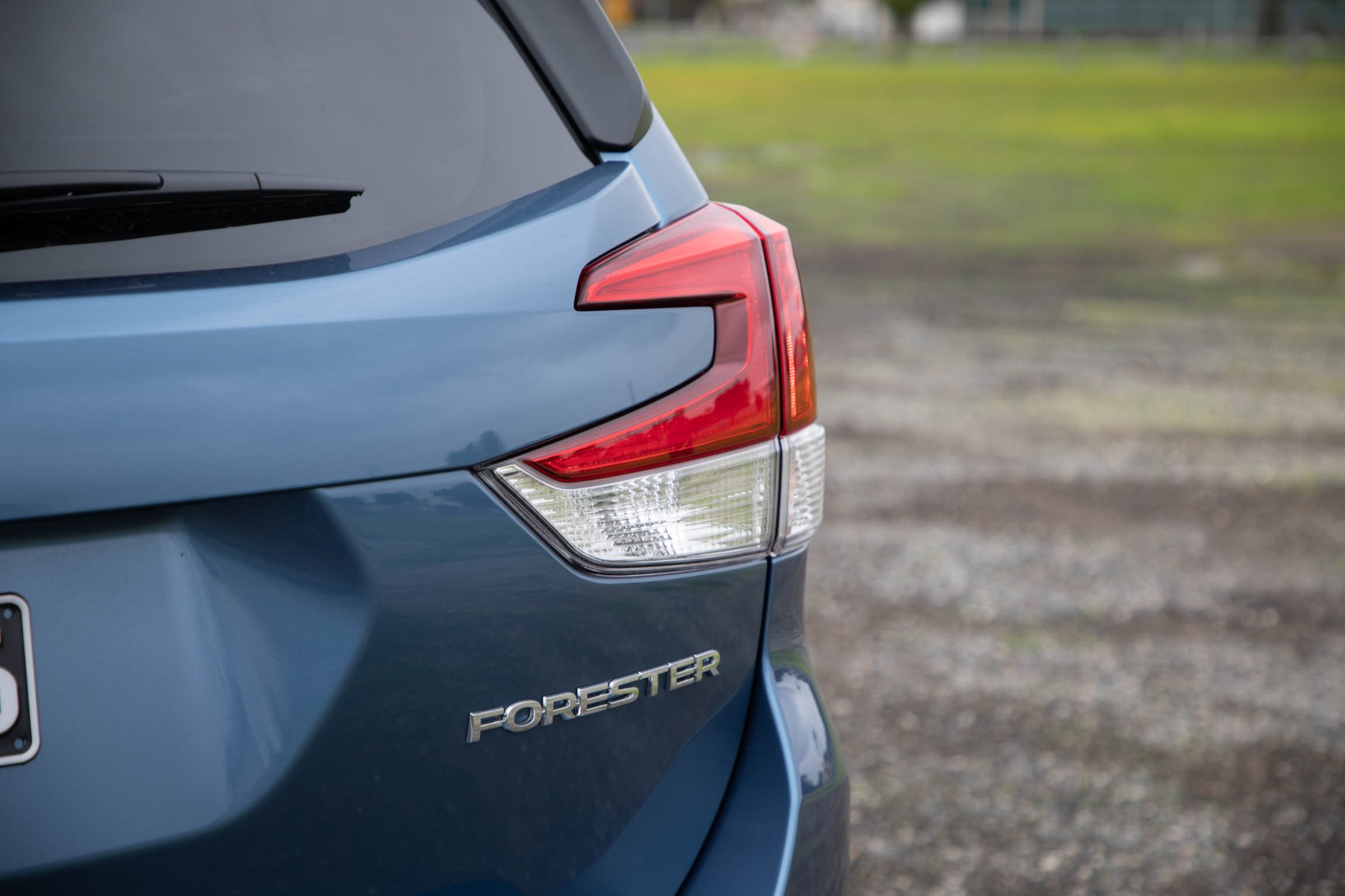 The RAV4 offers up a commodious and comfortable pair of front seats, with the driving position allowing both a relaxed posture behind the wheel and a good view of the road ahead.

Synthetic rather than real leather is specced for the Edge to make it easier to clean up mud and dust (you get real hide in the Cruiser grade), but to be honest it feels less fake than some other supposedly genuine leather interiors. 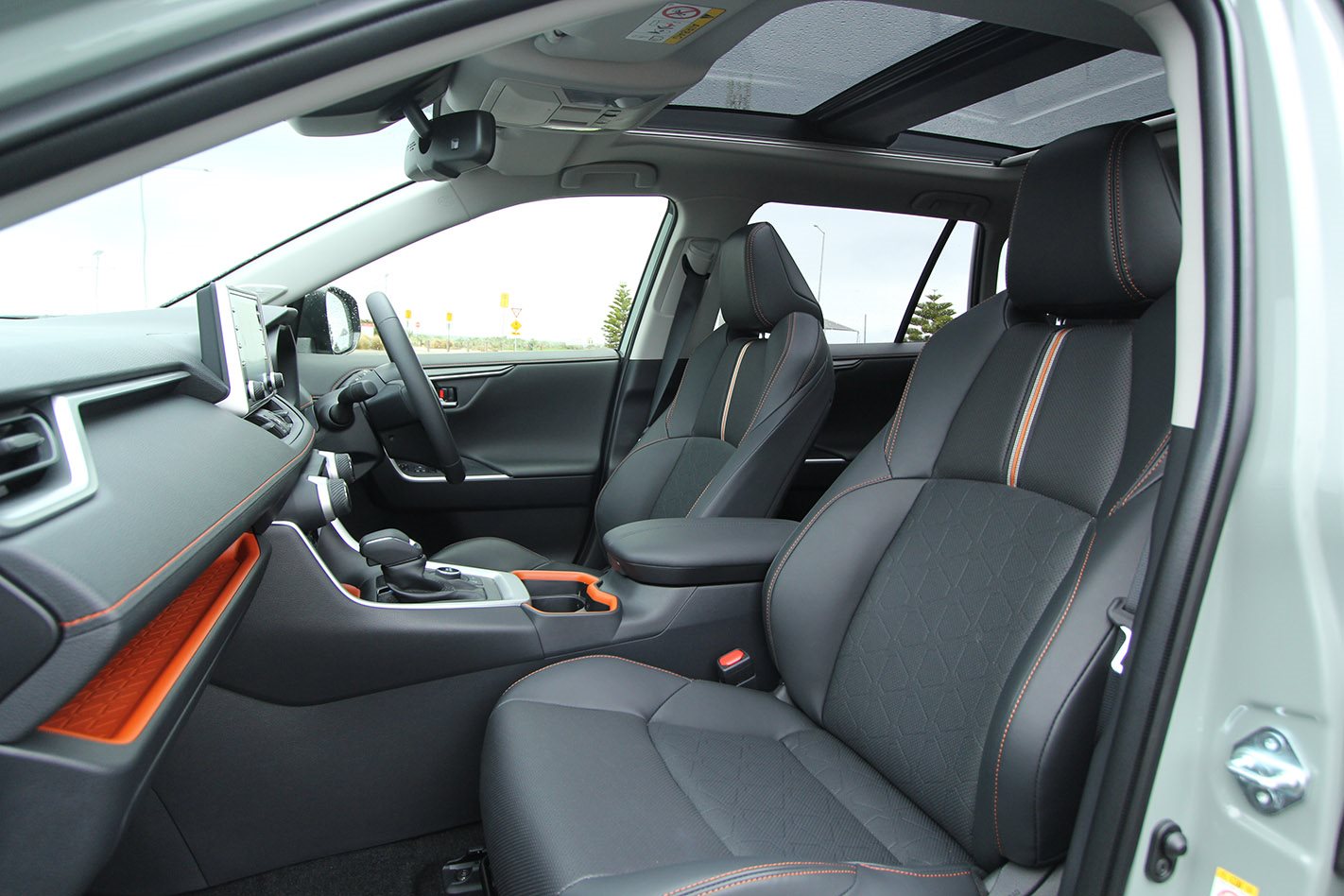 However it’s not so great in the back. The RAV4’s rear seats have you sink down low, giving those in the back a limited forward view. The windows are big, but the low seats mean you feel a lot more hemmed-in when sitting in the back seat.

It’s comfortable, with face-level air vents and a pair of USB charge points on the rear of the centre console, but the RAV’s back seat is just a smidge claustrophobic for shorter folks. 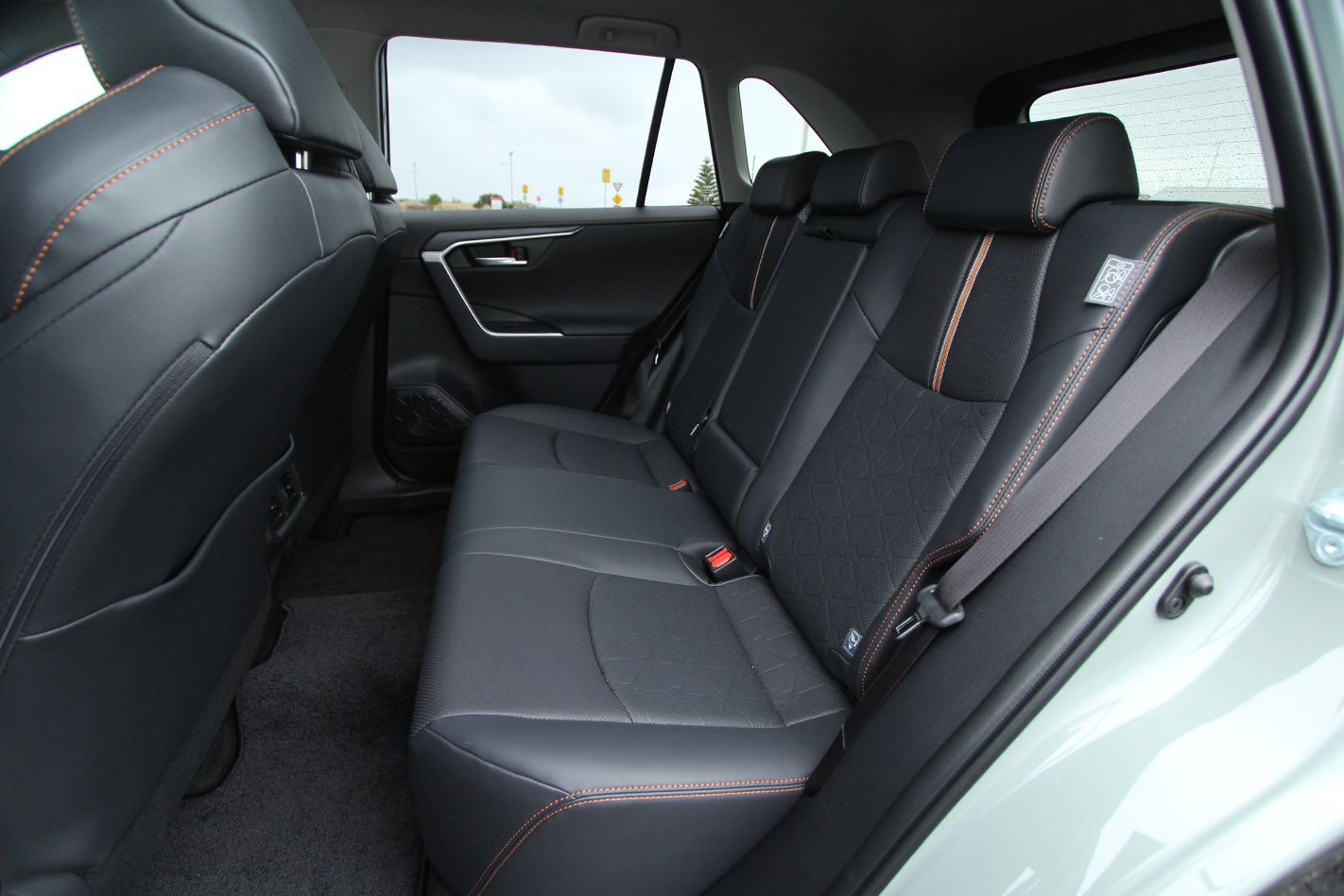 Talk about spacious. The Forester’s extensive glasshouse and tall cabin make it feel significantly roomier and inviting than the Toyota, with unimpeded views in all directions and enough headroom to keep Marge Simpson happy. 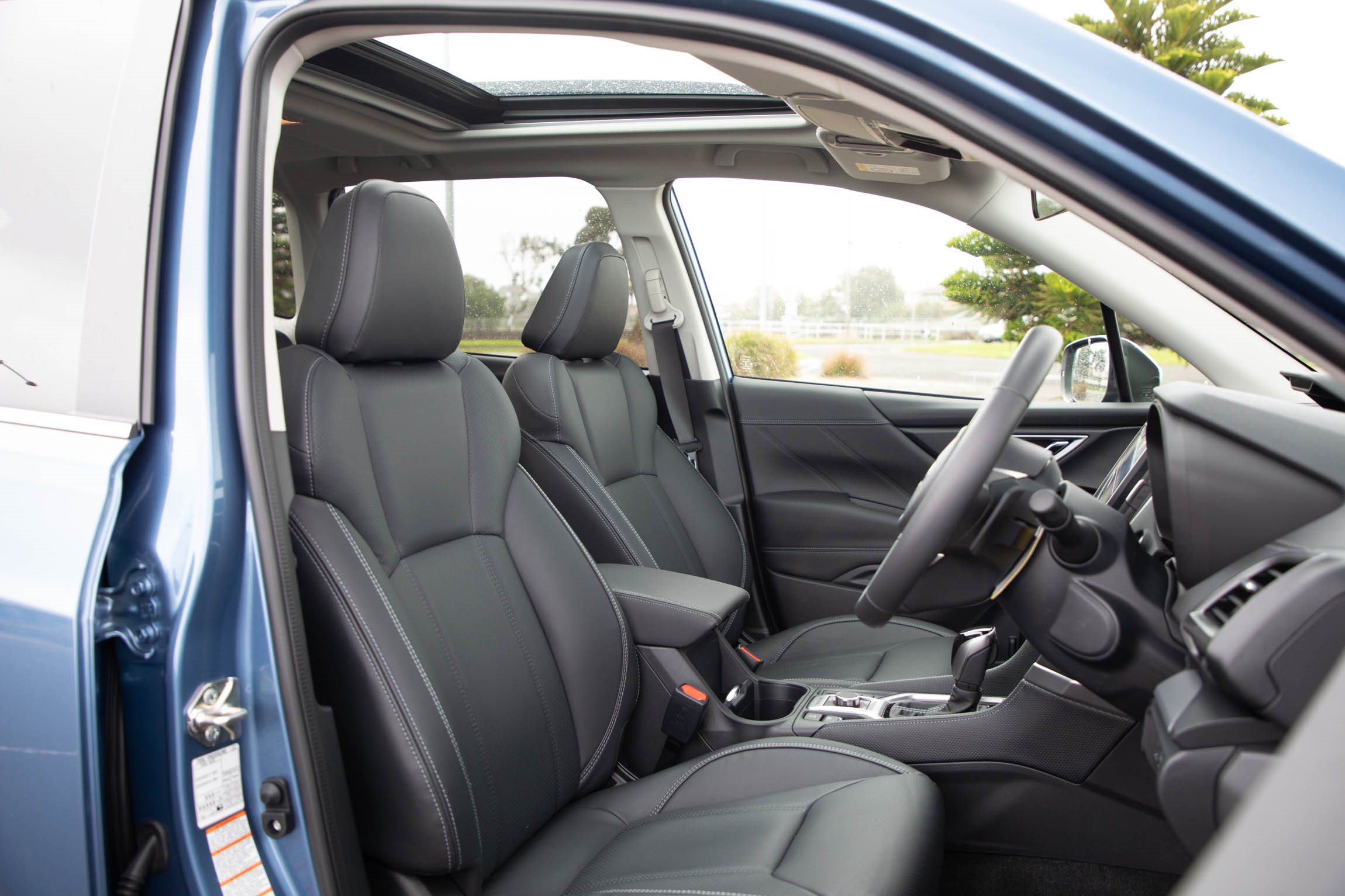 On top of that you’ll find excellent stadium-style seating that elevates the rear bench seat to give backseaters a decent view forwards.

It has rear face-level air vents and a pair of USB charge ports on the back of the centre console too, just like the Toyota, but with more rear legroom it’s a nicer environment for passengers. 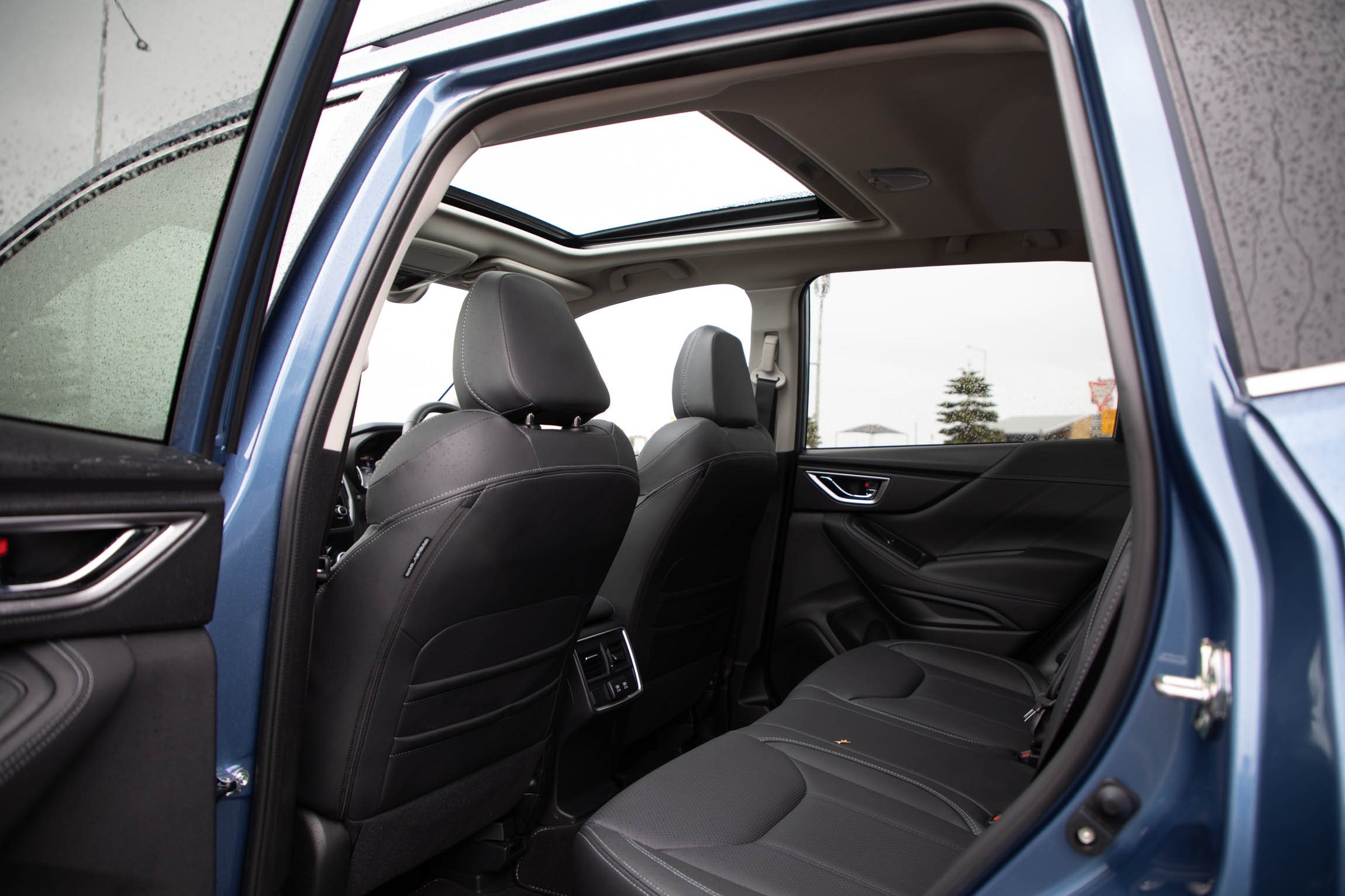 It’s curious that the Edge is the only member of the RAV4 family to come with a conventional petrol engine and AWD drivetrain combination, something that’s more or less the norm with other brands in the SUV space. That’s not all either – it’s the only RAV4 to be equipped with a conventional eight-speed automatic rather than a CVT auto, and ships with a multi-mode traction control system for light-duty offroading. 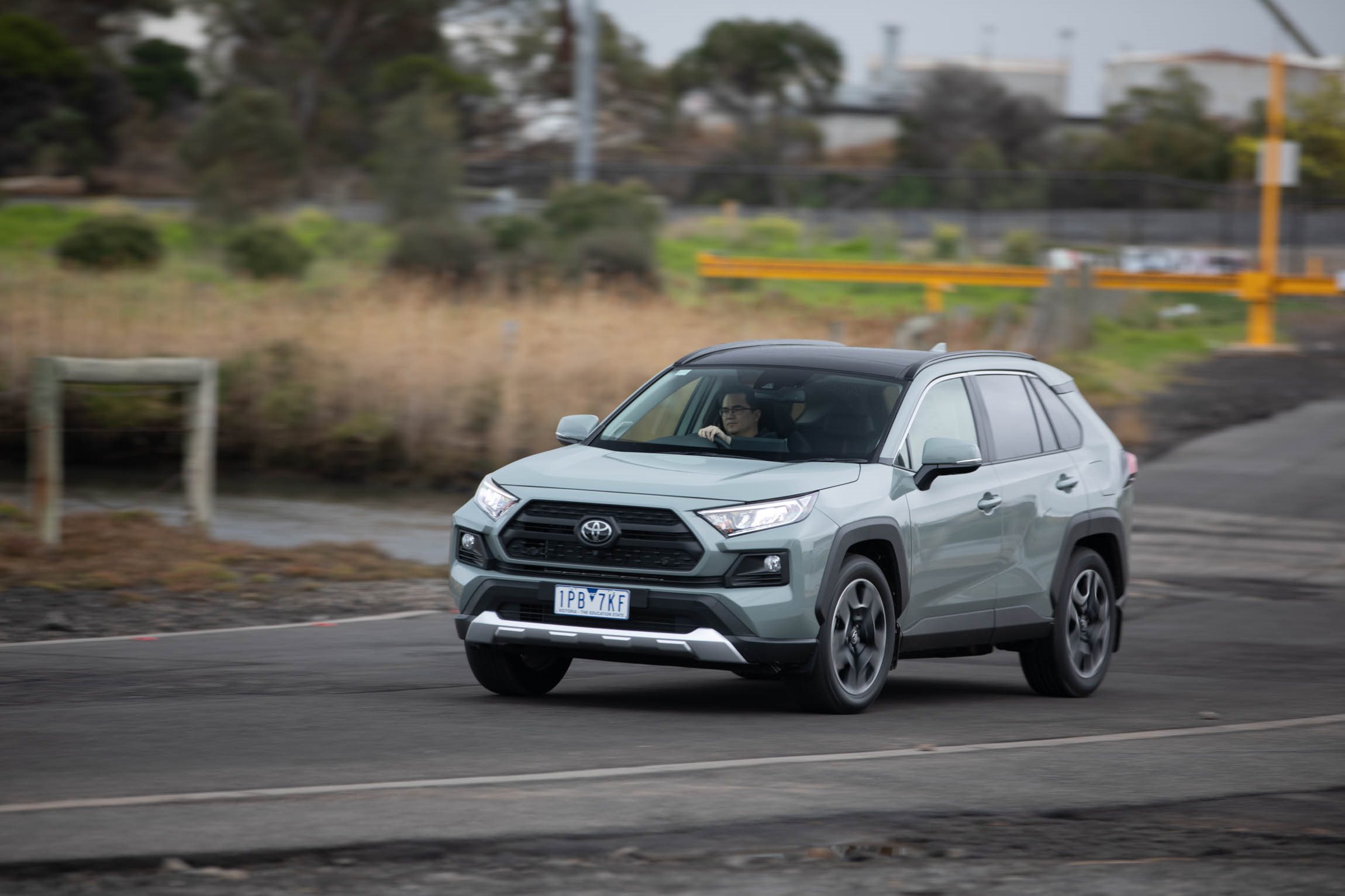 And that last point is important: if you’re planning on using a RAV4 for any dirt driving that could be considered challenging, the Edge is arguably the only one that’s suitable for the job.

With 152kW and 243Nm from its 2.5-litre petrol four-cylinder, the Edge has the most powerful engine in the lineup, and its all-wheel drive system can be tailored to mud, sand, rock, dirt and snow via a simple rotary selector next to the gear lever. 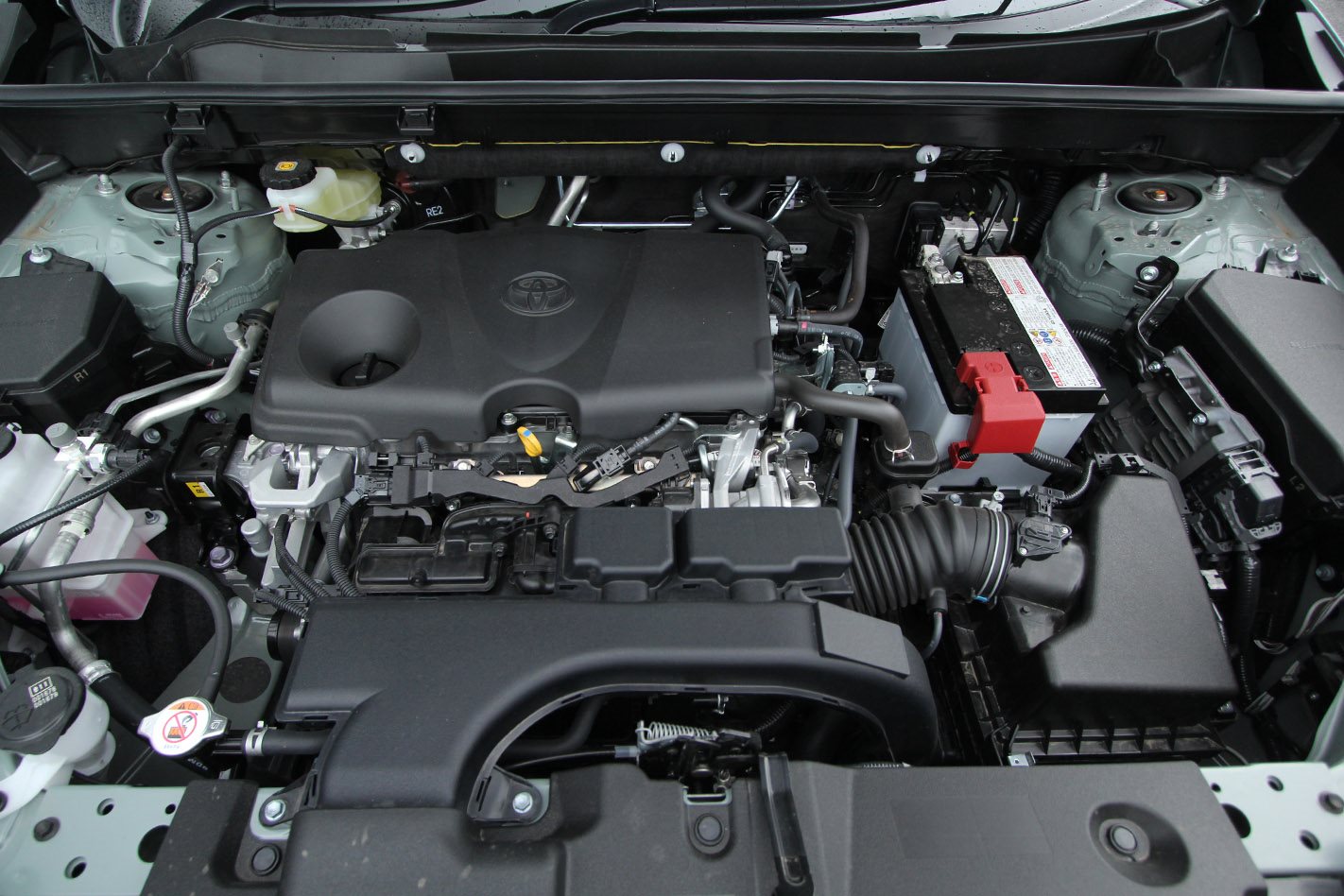 And while that engine certainly feels strong, it also makes a lot of noise if you’re doing anything more strenuous than light-throttle cruising. There’s also a sharp edge to its ride quality - not jarring, but definitely not as compliant as the easy-going Subaru.

Otherwise, it’s quite easy to drive. The 8-speed automatic isn’t as smooth and fluid in around-town driving as the CVT used by all other RAV4 variants, but that’s about the summary of our complaints about the way it drives. 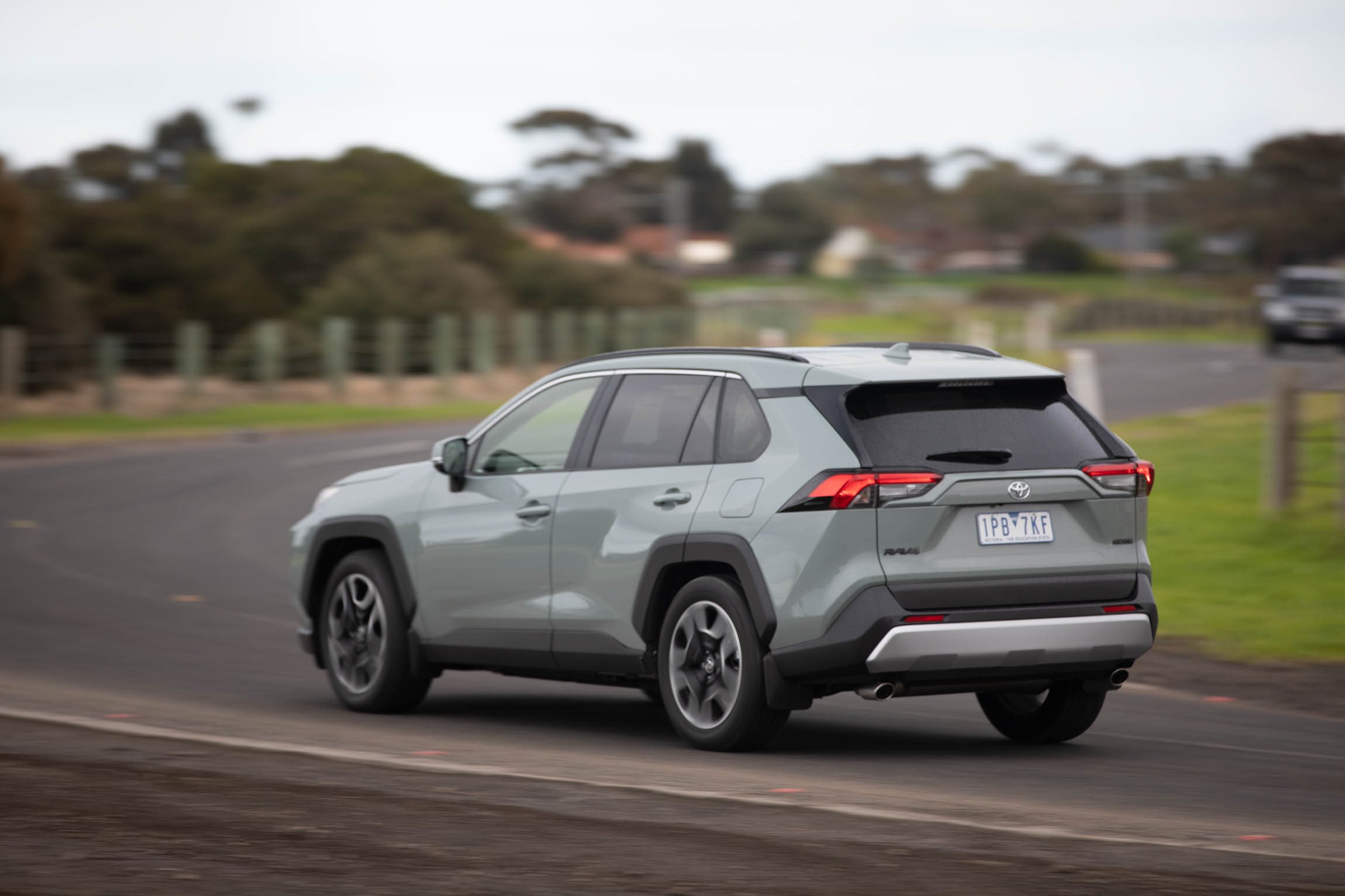 If there’s one thing that really separates the Forester from the RAV4, it’s the way it rides. With fatter sidewalls on its tyres and a more compliant damper tune than the Toyota, the Forester 2.5i-S rolls over rough stuff with ease and composure. Yet, at the same time it never feels bouncy or compromised by its comfort. 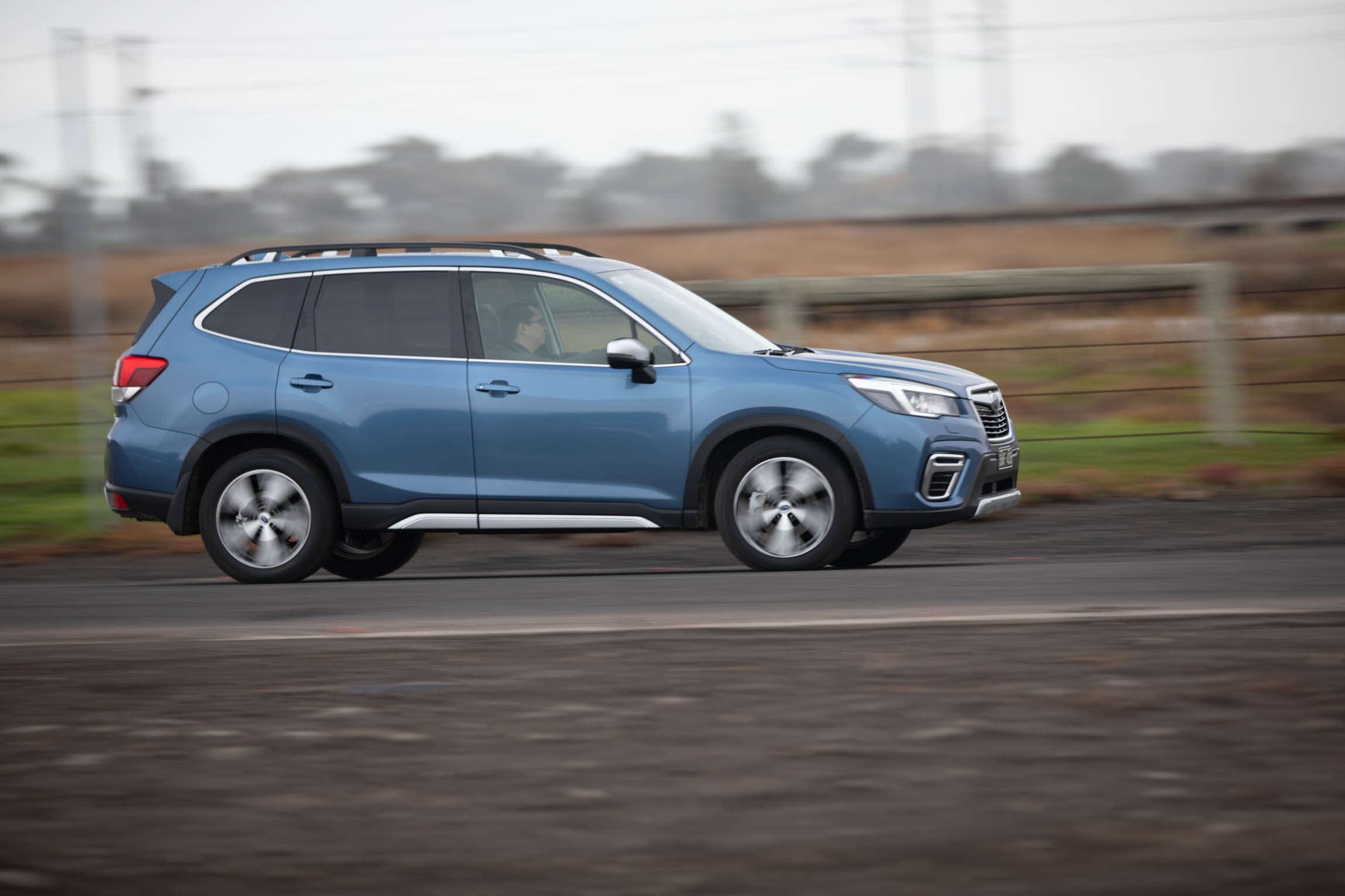 Sure, its 136kW/239Nm engine might be a little behind the Toyota’s numbers, but the Forester is no slouch. Despite its CVT – a style of gearbox usually not known for responsiveness – it reacts quickly to demands for acceleration, and seamlessly adjusts its ratios to extract the best performance or economy.

Like the Toyota, the Forester’s thrummy engine is louder than desirable when accelerating, but subdued at a cruise. 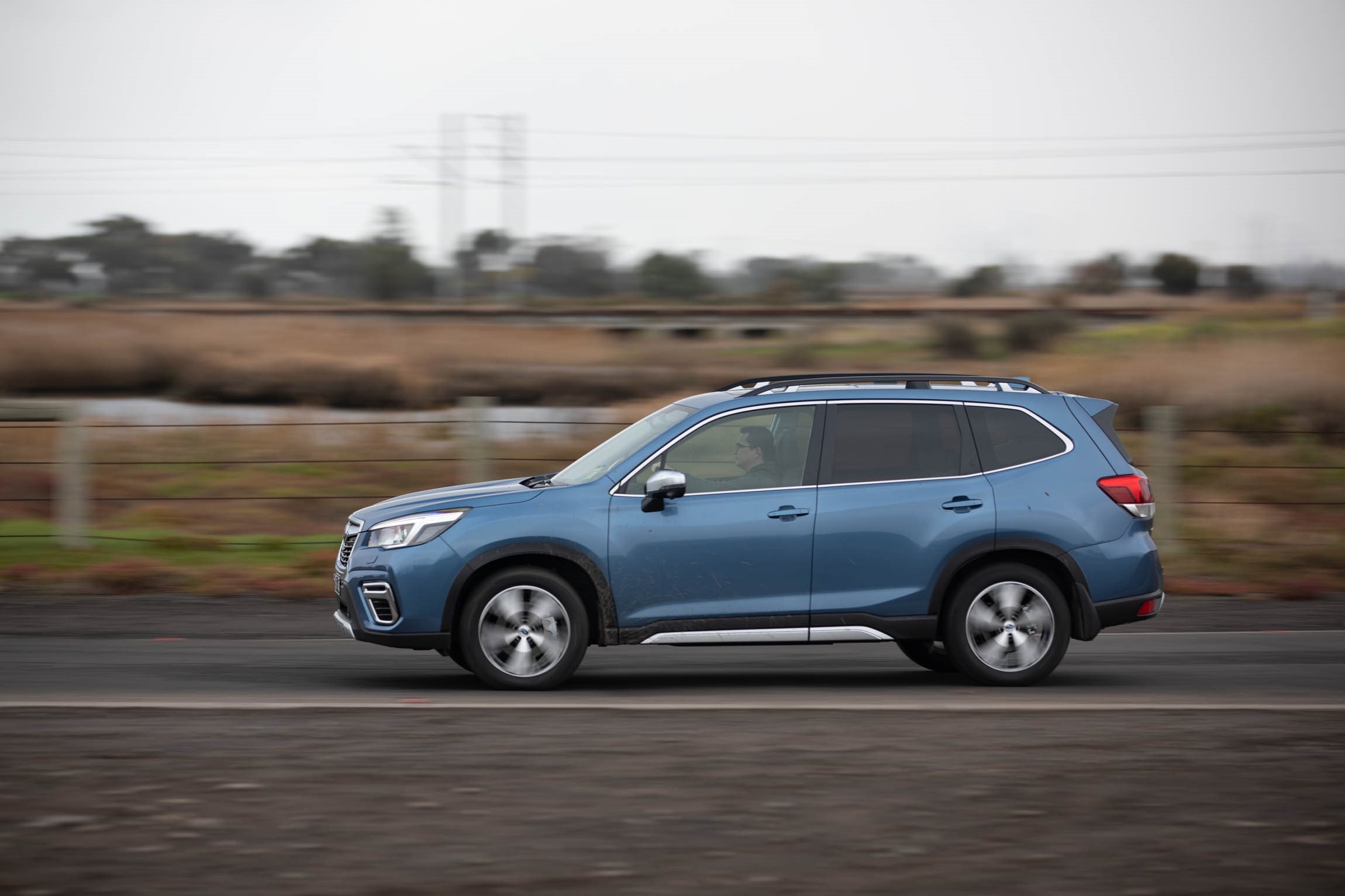 It feels a lot easier to wield around town, though, largely thanks to its better outward vision and 10.8m turning circle (the Toyota needs 11.0 metres)

And while the RAV4 Edge targets outdoorsy types with its special mechanical fit-out, the Subaru doesn’t need to – its hardware is trail-ready by default, courtesy of a standard-issue all-wheel-drive with an adaptive ‘X-mode’ offroad calibration and 220mm ground clearance.

If it’s a well-equipped, easy-to-drive, spacious and camping-trip-capable SUV you’re looking for, it’s difficult to go past the Subaru Forester 2.5i-S. 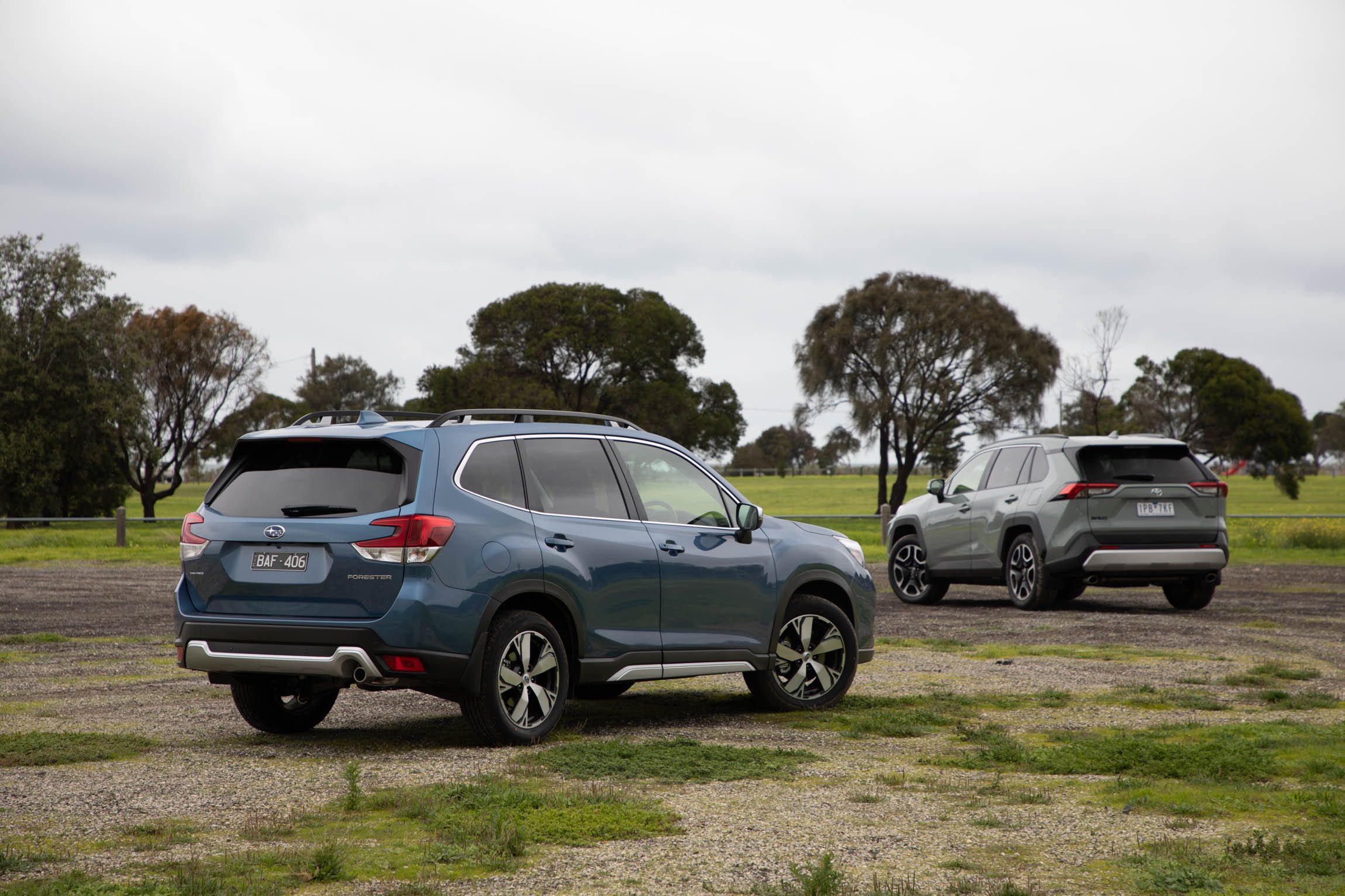 And if all you want are the AWD mechanicals and ride height to get you off the beaten track with confidence, well, every other Forester variant uses the same hardware. Just pick the one that best agrees with your bank balance.

The same can’t be said of the RAV4 Edge. It’s a shame that the only way to get a ‘traditional’ AWD setup in that model is to buy the most expensive variant, but you do at least get plenty for your money – not to mention a slightly bigger boot, some extra kit and drastically cheaper servicing that the Subaru doesn’t enjoy.