The 2017 Ford Fiesta which will be brimming with new technology including driver assistance systems and electronic torque vectoring control.

A day after its global launch in Germany, Ford has released more details about the all-new Ford Fiesta city car, which it says is the most advanced small car in the world.

Looking at the bells and whistles on offer you can’t accuse the Blue Oval of hyperbole, with the seventh-generation Fiesta representing a quantum leap over its predecessor.

Its advanced driver assistance technology is controlled by two cameras, three radars and 12 ultrasonic sensors, which combined can monitor 360 degrees around the vehicle, and scan the road ahead up to a distance of 130m. 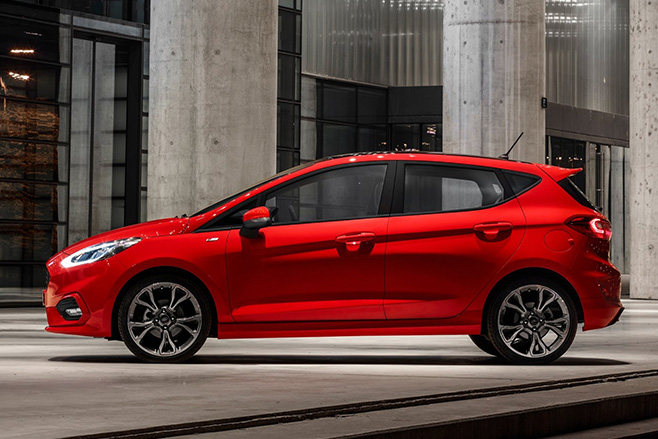 It’s still not clear how much of this tech will be standard across the range in Australia, or which features will be in each of the three- and five-door variants – including the stylish Fiesta Titanium, the Ford Performance-inspired Fiesta ST-Line, the upscale Fiesta Vignale and the Fiesta Active crossover.

According to Ford one thing they will all have in common is improved ride and handling over the outgoing version, despite sitting on the same Global B platform. 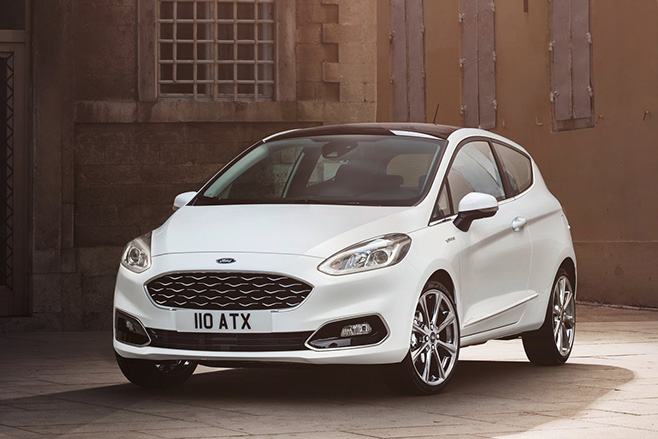 The chassis has been strengthened to deliver a 15 percent increase in torsional stiffness and it has a slightly bigger footprint enabling suspension to be optimised for larger 18-inch wheels. There’s also a 10 percent improvement in cornering and grip thanks to a lighter and stiffer hollow front anti-roll bar supported by Electronic Torque Vectoring Control.

Power will come from a choice of three-cylinder turbocharged EcoBoost petrol engines and a 1.5-litre turbo diesel.

The three-cylinder 1.0-litre EcoBoost petrol unit in three power guises - 73kW, the 92kW in the current Sport variant, and 103kW. All three are mated to a new six-speed manual gearbox, though the 73kW donk comes with a six-speed auto option. 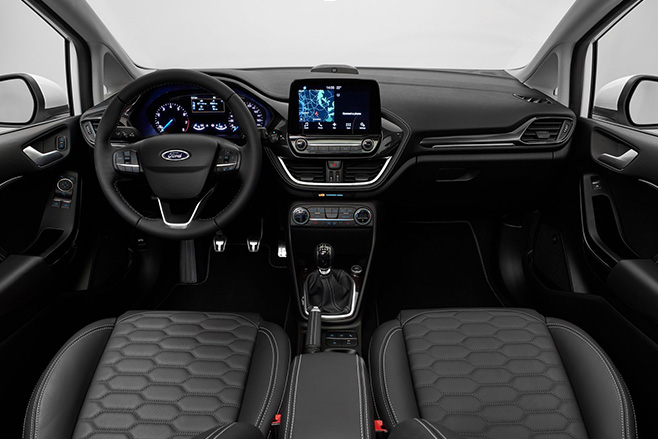 Entry-level models will come with a three-cylinder 1.1-litre Ecoboost petrol engine, in either 51kW or 62kW power guises, paired to a five-speed manual gearbox.

The 1.5-litre turbo diesel unit will come with a choice of 62kW and 88kW versions paired to a six speed manual gearbox. It would be surprising if that variant were to make its way here considering the lack of appetite for small oil burners.

While the 2017 Ford Fiesta is due on sale in Europe in the first half of next year, Ford Australia says it is unable to comment on which models will come to Australia or when as the launch models were for the European, Middle Eastern and African markets.