The facelifted Kia Sorento has landed with a host of new standard features including automatic emergency braking, while ride and handling improvements have also been bundled into the Korean SUV’s mid-cycle refresh. Prices start at $42,990, topping out at $58,990 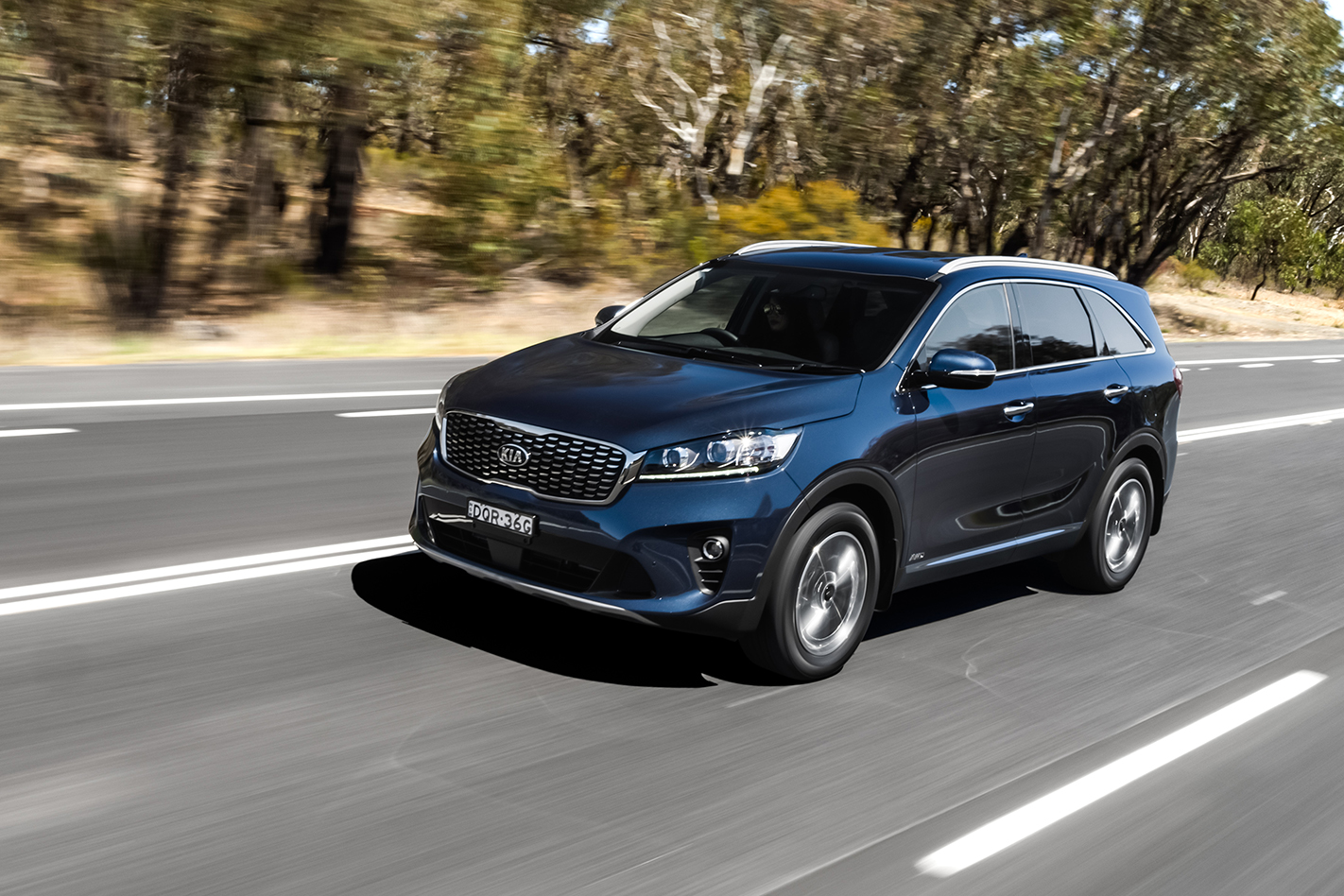 Outside, the 2018 Sorento is distinguished by new LED head- and taillights and daytime running lights, revised front and rear bumper plastics and a revised version of Kia’s signature ‘tiger-nose’ grille’. 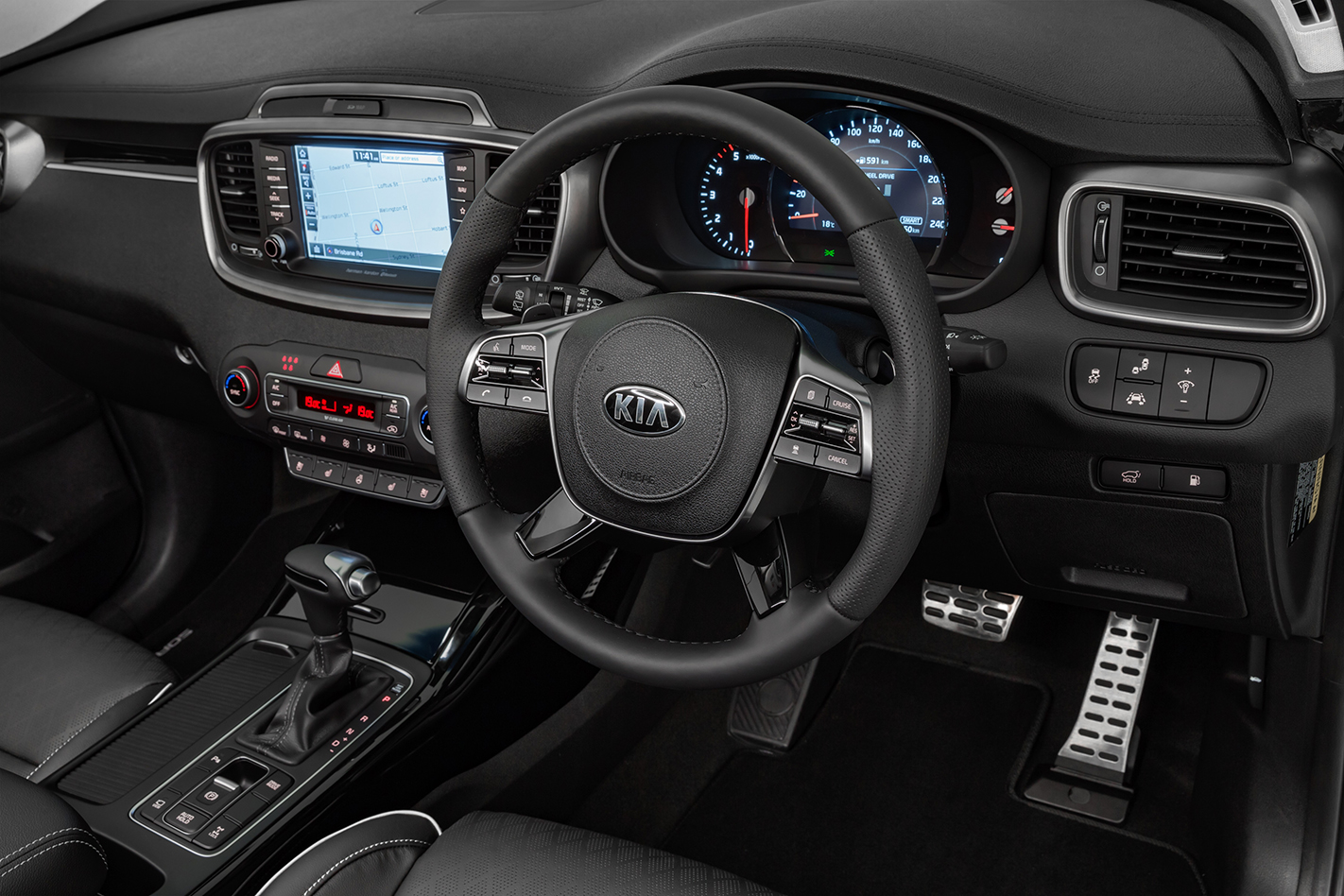 The biggest changes have occurred under the skin, with a host of improvements to ride, handling and stability including enhanced suspension that’s been tuned specifically to cater to Australian conditions.

The electric power steering has also been tweaked with the motor directly driving the rack instead of the column, resulting in better weighting and more direct control.

Performance has also been enhanced with the addition of Kia’s new eight-speed automatic transmission. According to Kia the new unit, which is standard across all petrol and turbo diesel models provides smooth and quicker shifts and improves fuel economy. The diesel/AWD variant benefits the most from the improved mechanical efficiency, and now has a combined fuel consumption of 7.2L/100km instead of 7.8. 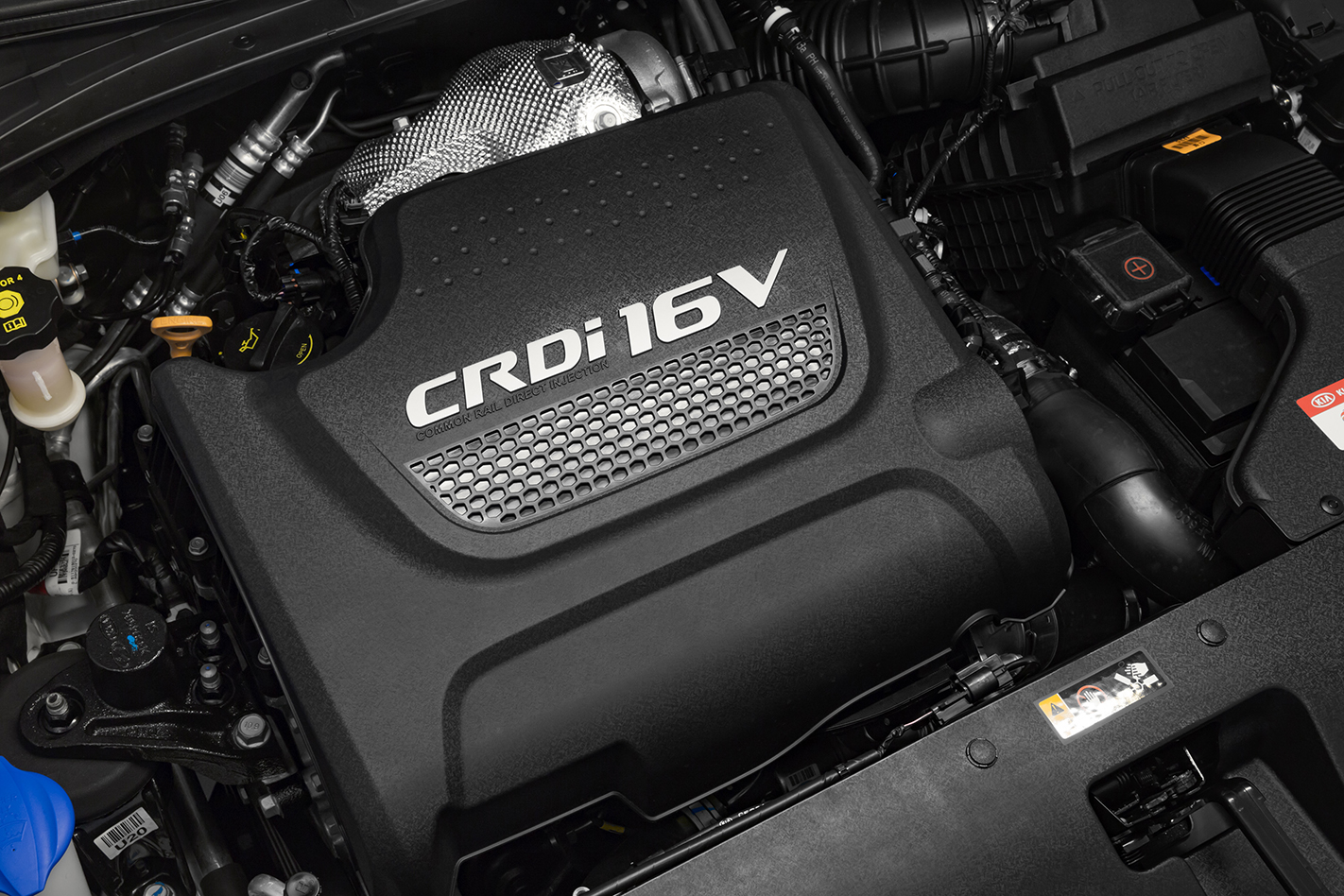 The 147kW/441Nm 2.2-litre four-cylinder turbo diesel engine carries over from the previous model. The 3.5-litre V6 petrol is an updated version of the 3.3-litre engine in the previous model and produces an extra 7kW and 18Nm more torque for a total output of 206kW/336Nm

The 2018 Kia Sorento comes in four main variants as before. However the upper-spec Platinum has been shelved in favour of a lower spec Sport model that brings additional features over the entry-level Si including larger 18-inch wheels, instead of 17s and leather appointed seats. 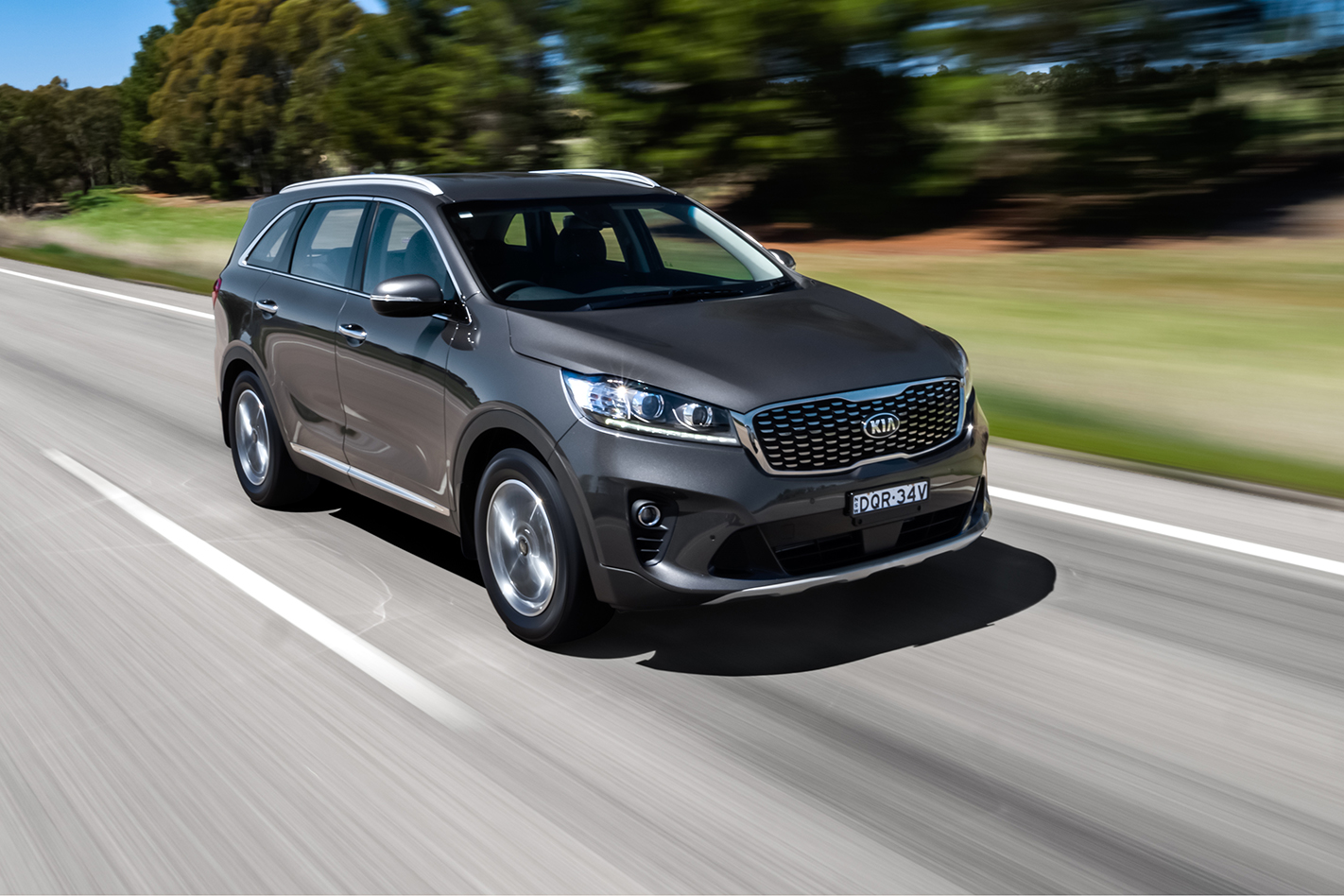 Other new standard features in the Si and Sport include four driving modes including ‘Smart’ which adapts gearing and steering to different road conditions. Height and tilt adjustable front headrests and a revised instrument cluster. Round out the rest of the interior changes for those variants 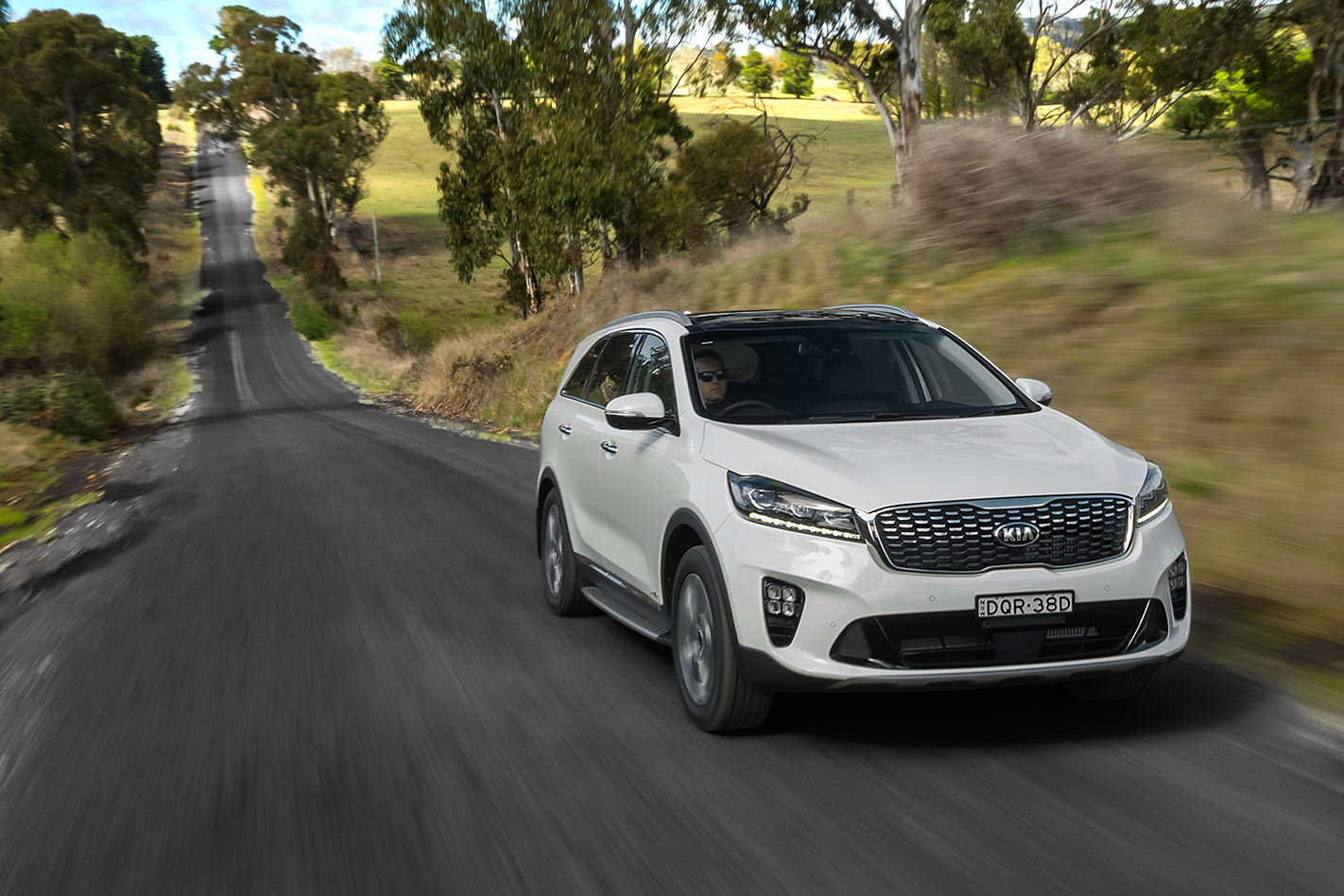 The 2018 Kia Sorento is available in seven colours, Clear White, Silky Silver, Metal Stream, Platinum Graphic (a darker grey than Metal Stream, Aurora Black, Snow White Pearl which is exclusive to the GT-Line and Gravity Blue which replaces Sunset Red. All but Clear White are premium colours which cost an additional $595.

The 2018 Kia Sorento is now on sale at Kia dealers. 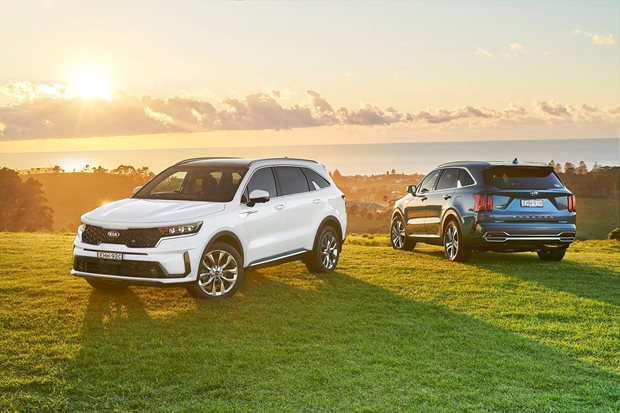