Toyota has revealed local pricing and specifications of the seven-seat stablemate of its newly-updated HiLux dual-cab ute - the Fortuner 4WD SUV.

Priced from $49,080. (before on-road costs), the facelifted Fortuner boasts a redesigned front and rear end, receives a bump in power output and a boost to its towing capacity.

The 2021 Fortuner will go on sale this month alongside newly updated Hilux, featuring an updated version of Toyota's 2.8-litre four-cylinder turbo-diesel under the bonnet, enabling maximum power outputs of 150kW/500Nm; up 20kW/50Nm compared to the outgoing model.

The performance jump comes via a more efficient water-cooled turbocharger that helps bring the higher outputs via the six-speed automatic transmission, while Toyota says it cuts fuel use by 11.6 percent on the official combined cycle - or 7.6L/100km down from 8.6L/100km.

At that rate, you'll be able to drive your Fortuner more than 1000km on its 80-litre fuel tank. Toyota claims it's also more efficient around town, with urban consumption down 17.3 percent to 9.1L/100km.

The Fortuner's towing capacity has also improved, up 300kg to 3100kg, which is 100kg more than the Ford Everest.

Satellite navigation and digital radio are also included with GXL and Crusade variants, and available in the GX for an additional $1000.

The Crusade meanwhile has an as an auto-dimming rear-view mirror, power-operated tailgate and an 11-speaker premium JBL sound system. It also has leather-accented seats and eight-way power-adjustable front seats, which are a $2500 option in the GXL.

The Fortuner was introduced to the Australian market in 2015 but couldn’t quite grasp the sales stronghold that its HiLux ute twin could achieve, struggling to put up a fight against its Isuzu MU-X, Ford Everest and Mitsubishi Pajero Sport rivals. 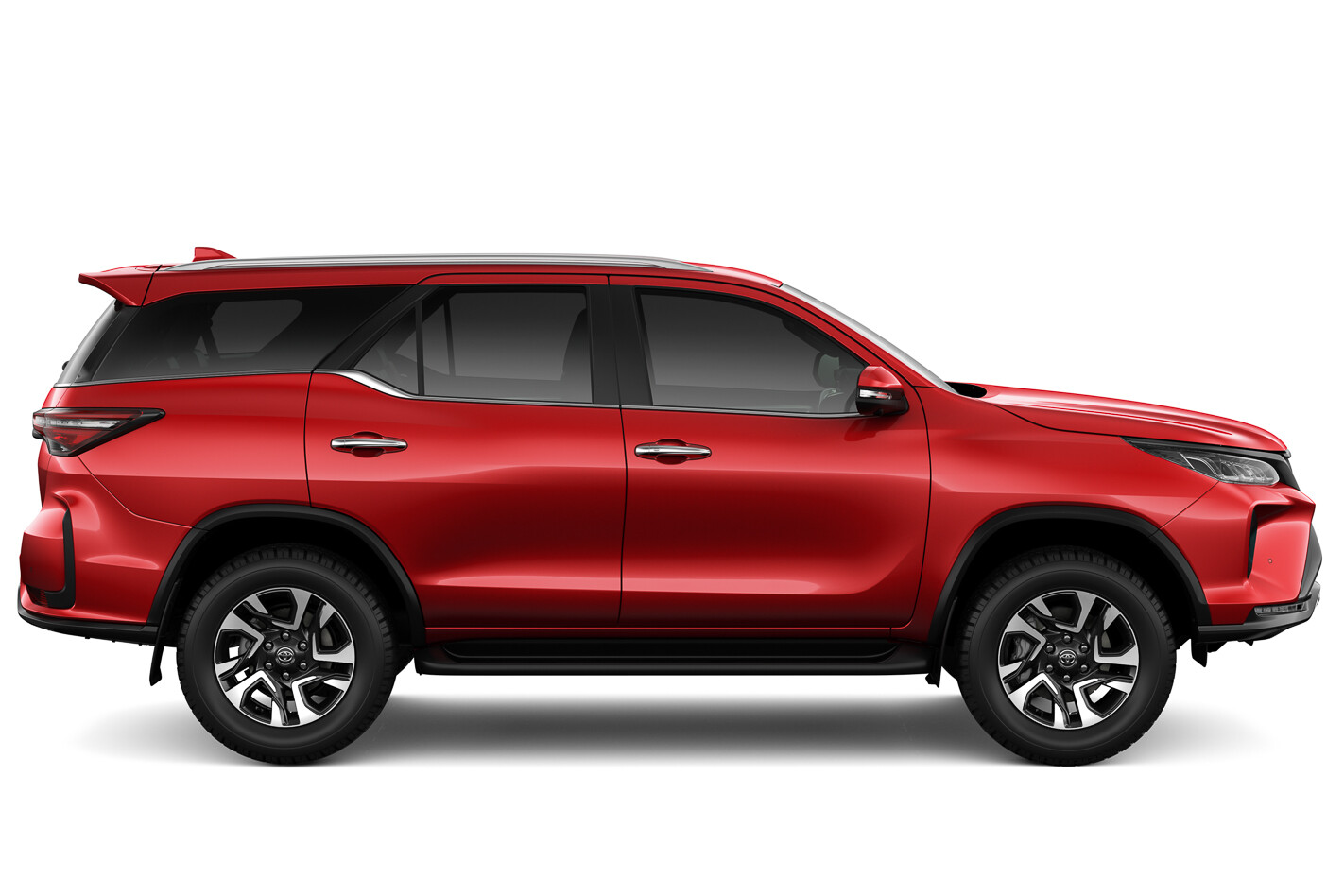 A common complaint of the previous Fortuner was that it wasn’t as comfortable on-road as some of its less-rugged alternatives.

MOREWhich car should I buy: 4x4 ute or wagon

Toyota reckons it addresses some of those concerns with the new Fortuner, while maintaining its go-anywhere capability.

"Fortuner is something of a wolf in sheep's clothing: it has the space, comfort and convenience of a premium SUV while its rugged underpinnings make it an enthusiastic off-road explorer ready for any adventure," Toyota Australia vice president of sales and marketing Sean Hanley said.

"Our continual improvement of vehicles ensures Fortuner will thrive in Australia's harsh environments as a diesel alternative to Kluger and an affordable choice for those who aspire to own a LandCruiser."

The new Fortuner arrives in showrooms on August 27.