FORD Australia is believed to be close to announcing a cheaper petrol-engined version of the Ranger trade ute to help it overtake the Toyota Hilux in the sales race – and also replace the iconic Falcon ute.

Details seen by Wheels show Ford is close to locking in running changes for the Ranger line-up, with revisions to engines and brakes to potentially accommodate a smaller 122kW/226Nm 2.5-litre four-cylinder spark ignition powertrain, mated to a five-speed manual gearbox. 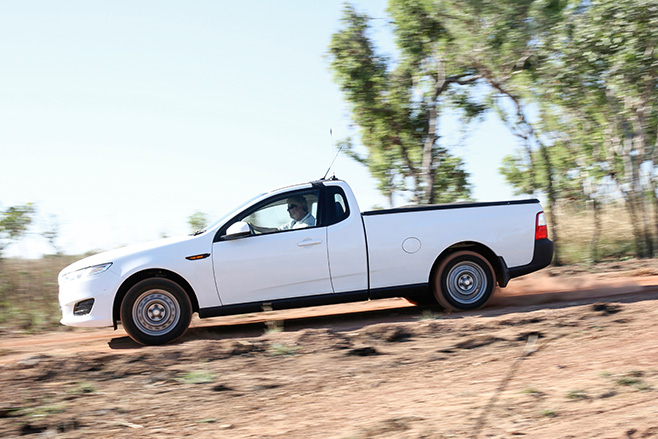 The move would also potentially allow Ford to plug a key product gap in its Ranger line-up to help it take up the fight up to the market-dominating Hilux – a base package that will compete directly with the price-leading $20,990 2.4-litre petrol-engined Hilux Workmate that carries a more than $8000 price advantage over the cheapest Ford-badged competitor.

However, the Ford Ranger’s performance will be well down on the Falcon ute’s 195kW/391Nm 4.0-litre in-line six that it is expected to replace once Falcon production ends in October.

Ford is locked in a neck-and-neck battle with the Hilux for the title as Australia’s best-selling trade ute. Year to date, Ranger is only 258 units behind Hilux on 4x4 sales, but 2754 units behind in the more workmanlike 4x2 sales race. 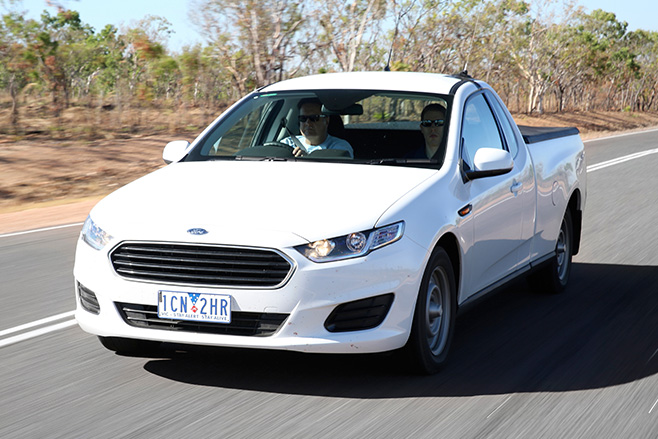 Add the Falcon ute’s 1375 sales year-to-date – which a cheaper petrol-engined Ranger could soak up – and that 4x2 gap narrows to just 1379 units.

However, some Ford insiders are believed to be concerned that adding a cheaper petrol-engined version to Ranger is likely to erode some of the work the brand has done to build the pick-up truck’s market image as a more premium offering than Hilux.

Premium twin-cab versions of the Ranger, and direct rivals such as the Holden Colorado, Isuzu D-Max, Mazda BT-50, Mitsubishi Triton and Volkswagen Amarok are all strong sellers as buyers steer away from traditional passenger cars to higher-riding light commercial vehicles that now account for about 10 percent of new-car sales each month. 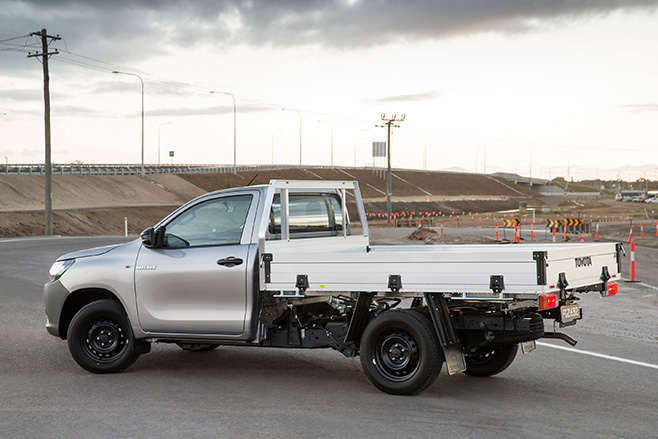 Later this year Volkswagen will introduce Australia’s most expensive trade ute, a V6-engined version of the Amarok that will nudge $70,000 – about the same price as a luxury-laden Lexus sedan – when it arrives.

The lack of restraint on high-priced trade utes hasn’t gone unnoticed at the more premium end of the market, with Mercedes-Benz teaming up with Nissan to build a Benz-badged, V6-engined version of the Navara ute that brings luxury levels of ride and cabin comfort to a class that traditionally has had its feet firmly set in worksite mud.

The Mercedes-Benz GLT, as the German spin-off is likely to be known, is expected to go on sale in Australia by 2018.