From seven to four, Volvo release the XC90 Excellence – a four seater luxury SUV – at the 2016 Geneva motor show.

In 2015, Volvo released the second-generation Volvo XC90 – a seven-seater SUV. Now, at the 2016 Geneva Motor Show the Swedish car manufacturer has displayed the XC90 Excellence, a four-seater version of the big SUV. 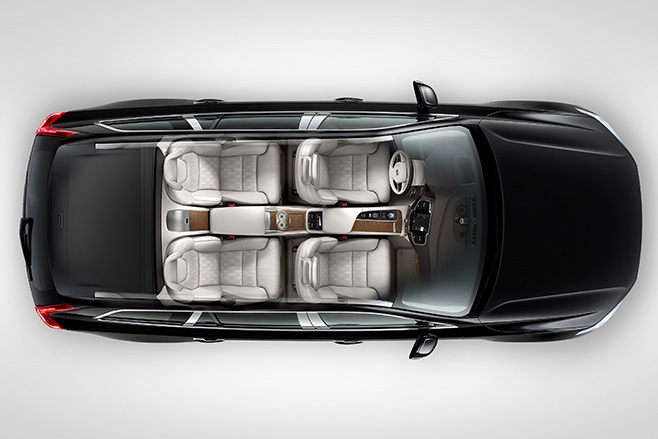 At first, it sounds absurd to have all that space, but only fit four passengers. But when you find out what’s inside the Excellence, it all starts to make sense.

While the XC90 Excellence looks the same as the standard XC90 and features Volvo’s hybrid T8 2.0-litre engine, there are several very unique features that may be very appealing for those looking the XC90 without the extra seats. 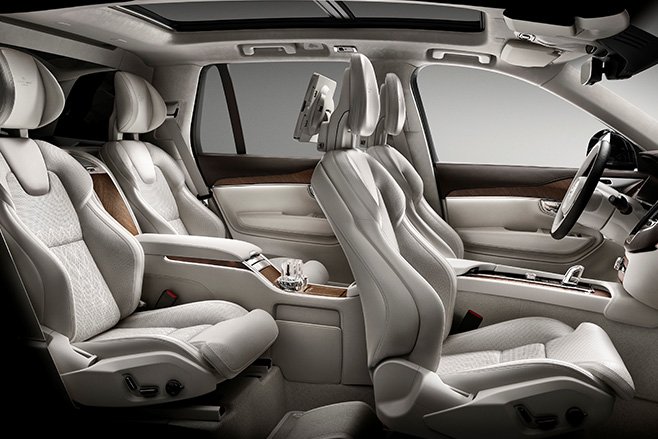 Like a fridge, for example. Yep, a fridge. Then there’s the two folding tables, heating and cooling cup holders, extensive leather used throughout the cabin, rear seat controls for the Bowers and Wilkins sound system and it also comes with crystal glasses from Orrefors.

At this stage, the Excellence isn’t available in Australia but may be later in the year.

Read more about other news and reveals at the Geneva Motor Show.